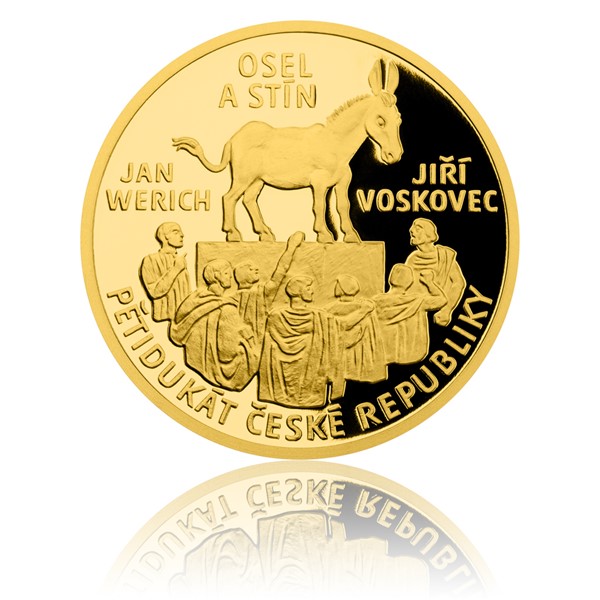 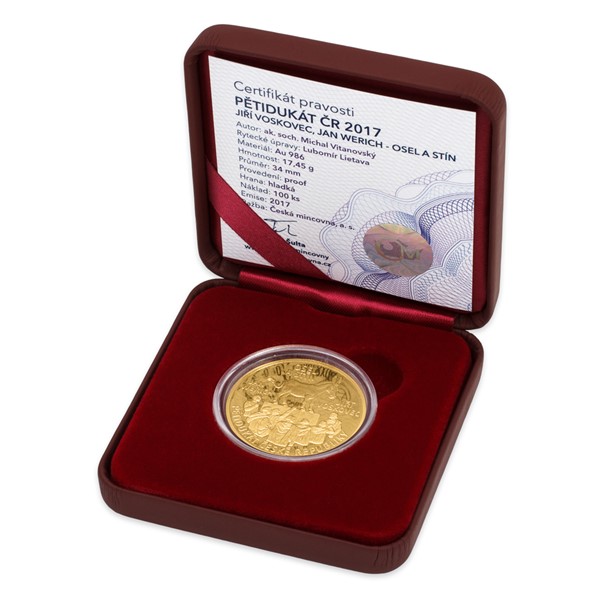 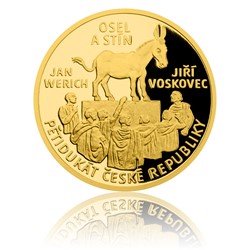 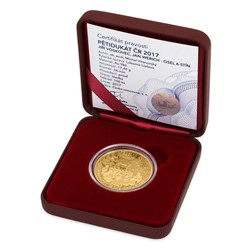 The Ducat series of the Czech Mint in 2017 belongs to a colorful culture of our First Republic. The dramatic Czechoslovak oeuvre on the the gold 5 ducat represents the play The Donkey and the Shadow of the duo Voskovec + Werich.

"The pair of Jan Werich and Jiří Voskovec itself certainly does not represent our contemporary theater, but represents one of its significant part. They wrote their plays themselves, starred in them and could also incorporate dance and songs in them in an attractive way. They knew how to attract younger generation in particular. Because of  theirs definite anti-fascist attitudes, they had to emigrate to the US, at the beginning of the Second World War, including their court composer Jaroslav Ježek,"  says the author of the ducat series and an enthusiastic historian academic sculptor Jan Lukáš.

The formation of anti-fascist Liberated Theatre, which warns against influence of the masses, all-powerful leaders and human stupidity, captures the play The Donkey and the Shadow. At the time of its launch in 1933 understandably aroused considerable resentment of the German Embassy. A humorous dispute between two men about a payment for relaxing in the shade of a donkey, which takes place in Abder, in the play becomes a pretext for an unscrupulous fight for absolute power over people.

The obverse side of the mintage is dominated by a donkey on a pedestal in allegorical scene, when a manipulated crowd of the citizens pays tribute to him.

The scene is complemented with inscriptions OSEL A STÍN /The donkey and the shadow/, JAN WERICH, JIŘÍ VOSKOVEC and 5 DUCAT OF THE CZECH REPUBLIC and the year of 2017 is common to all four issues of the Ducat series and symbolizes the four artistic means - drama, literature, film and architecture.

The 5 Ducat of the Czech Republic is issued on a run of only 100 pieces! 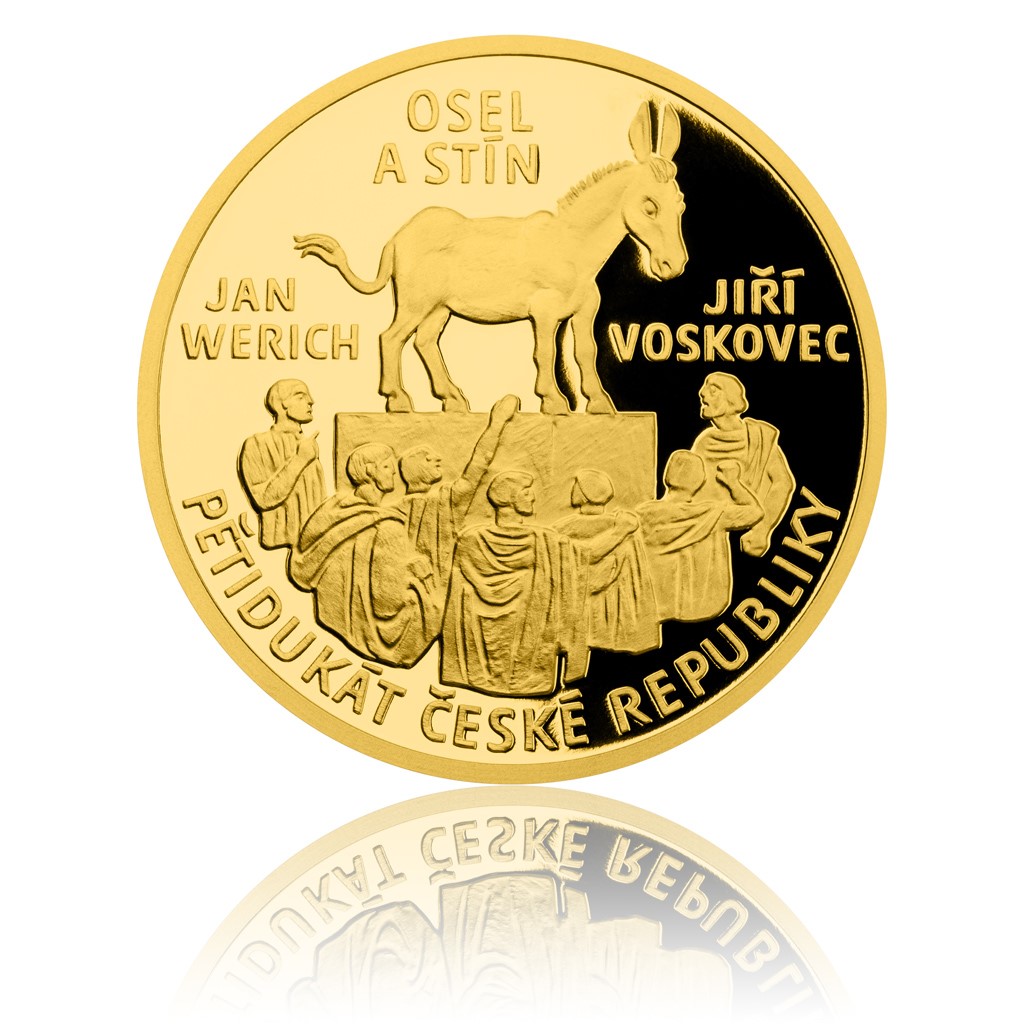 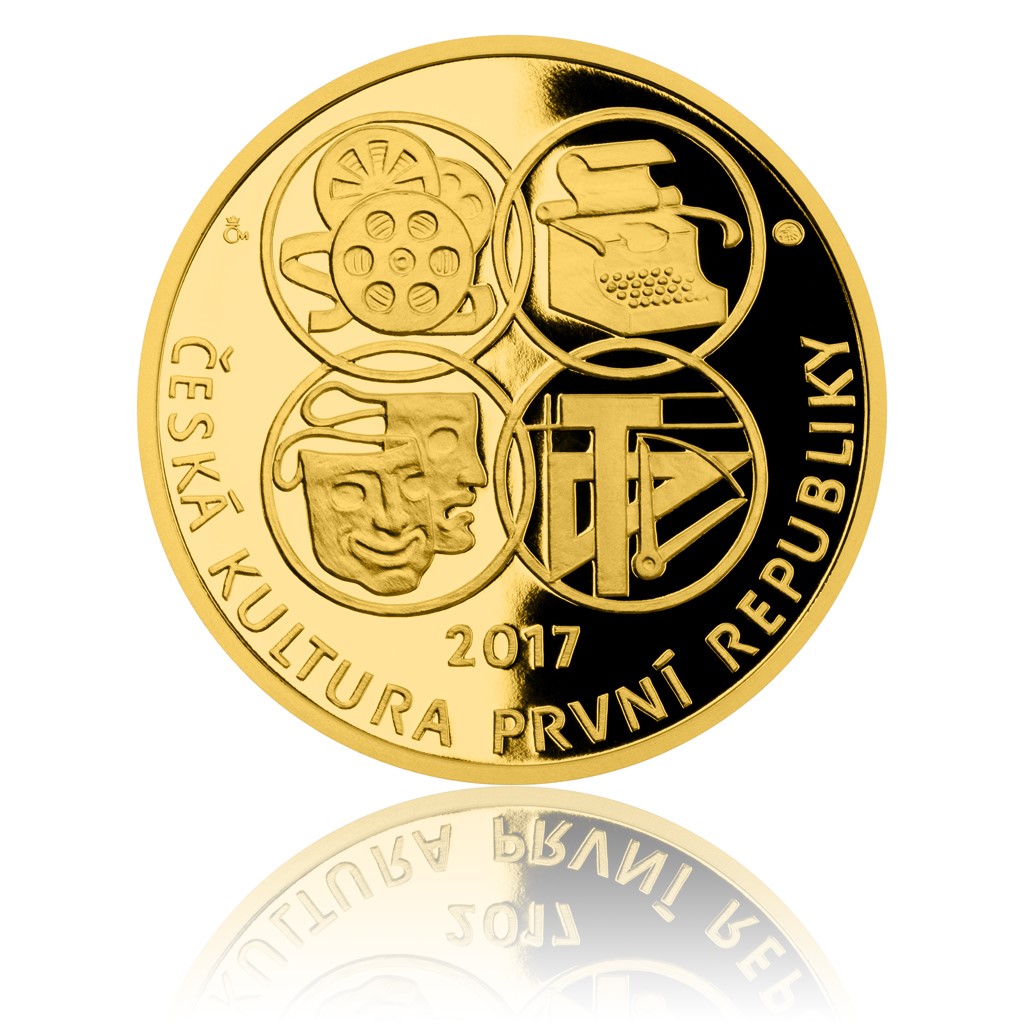 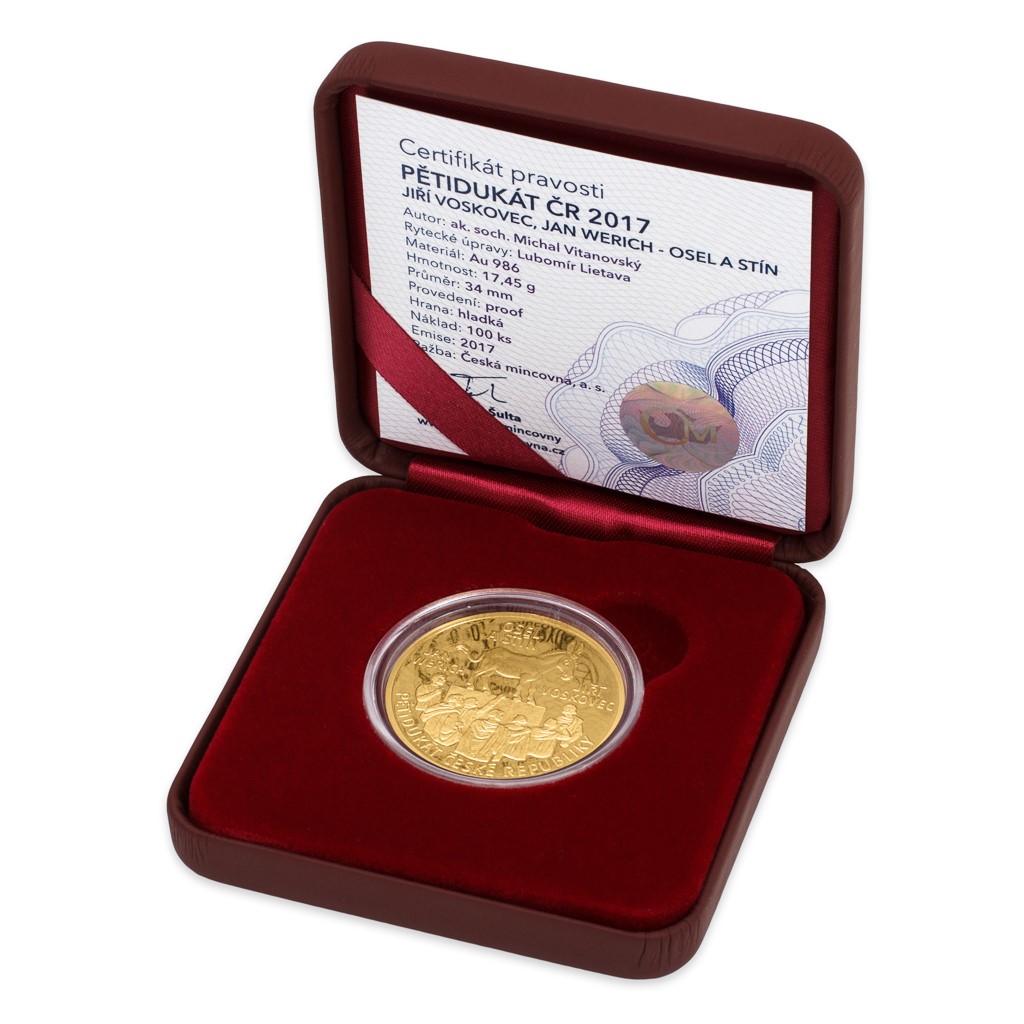