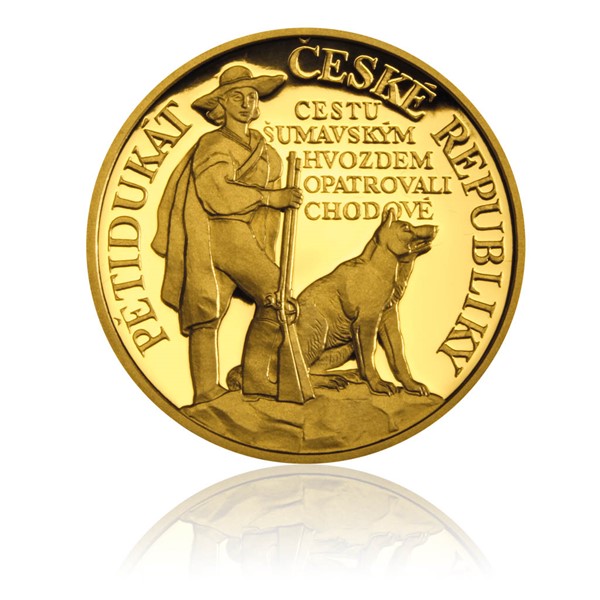 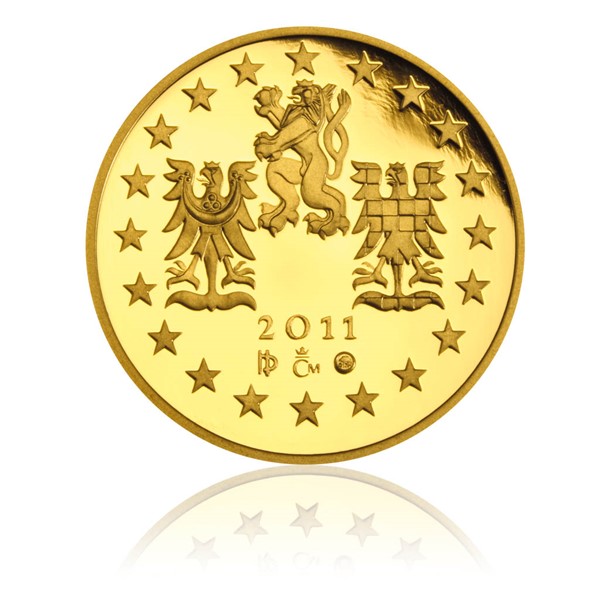 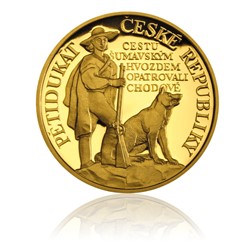 Stock state
Sold out
Date of issue
January 2011
Mintage
200 pcs
Sold out
The approximate purchase price of the product is On request. The purchase takes place according to the purchase rules.
Purchase rules

Old Bohemian legends accompany each Czech from chidhood. Tales, myths and legends are not backed by historical evidence, but they survived to the present day in folk stories and legends recorded by chroniclers Kosmas, Dalimil and Václav Hájek of Libočany, as well as in Ancient Bohemian Legends written by renowned Czech 19th century writer Alois Jirásek. They tell stories about the oldest period of the Czech history – approximately between 6th and 10th century, up to the period of duke Bořivoj, the first documented Přemyslid ruler.

In early Middle Ages the borders of the Czech kingdom were protected in the south by mountains and deep impenetrable forests. Major trails allowing entrance to the country were protected by patrols – for security purposes and customs levies. Tales about these border patrols probably gave rise to stories about the Chod (or Chodove) People and the Wolf Dogs later on.

A figure of a Chod border guardian with a dog is featured on the left side of the obverse, making room for a sentence from the legend on the right: “Cestu Šumavským hvozdem opatrovali Chodové“ (The passage through the thick Šumava forest was guarded by Chods) and a text in partial circumscription: Pětidukát České republiky.

On the five-ducat the three land emblems spread over the entire field of the medal, complemented by stars around the rim and the year 2011. 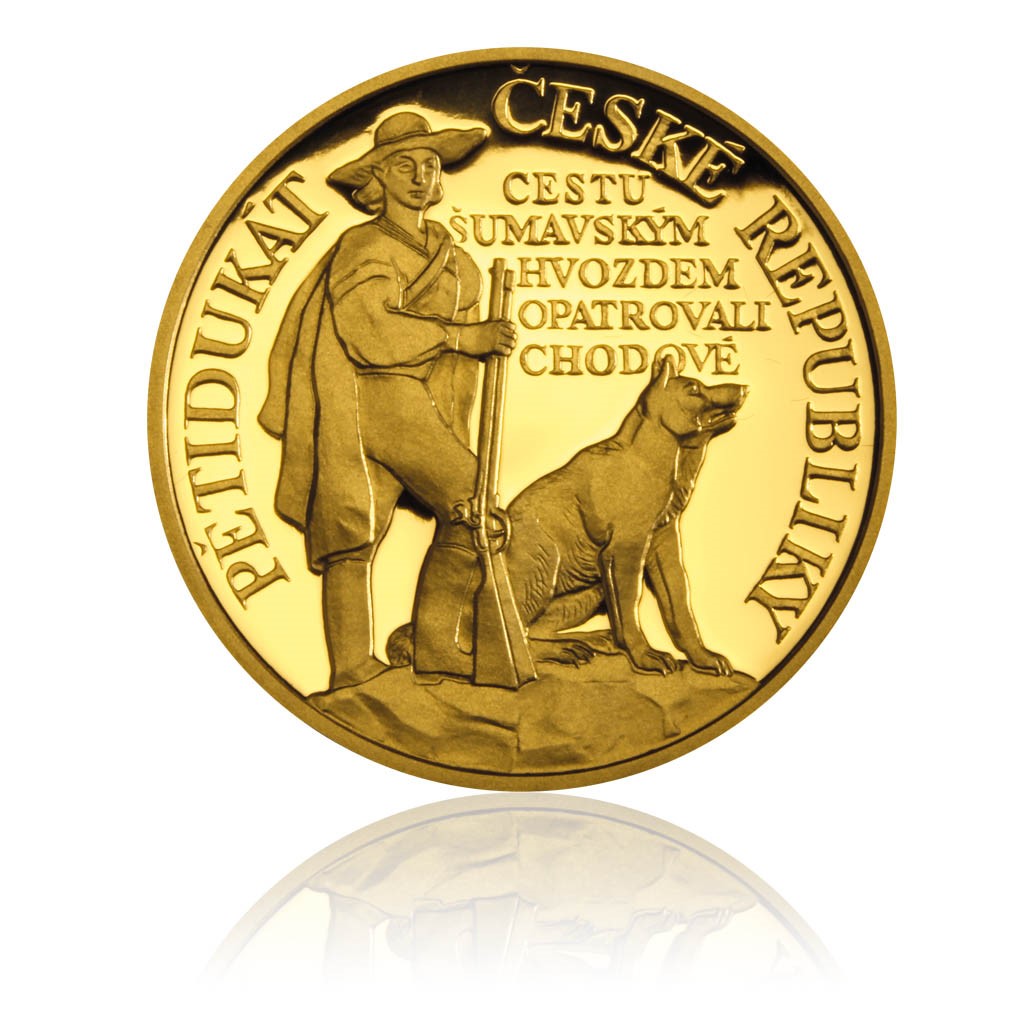 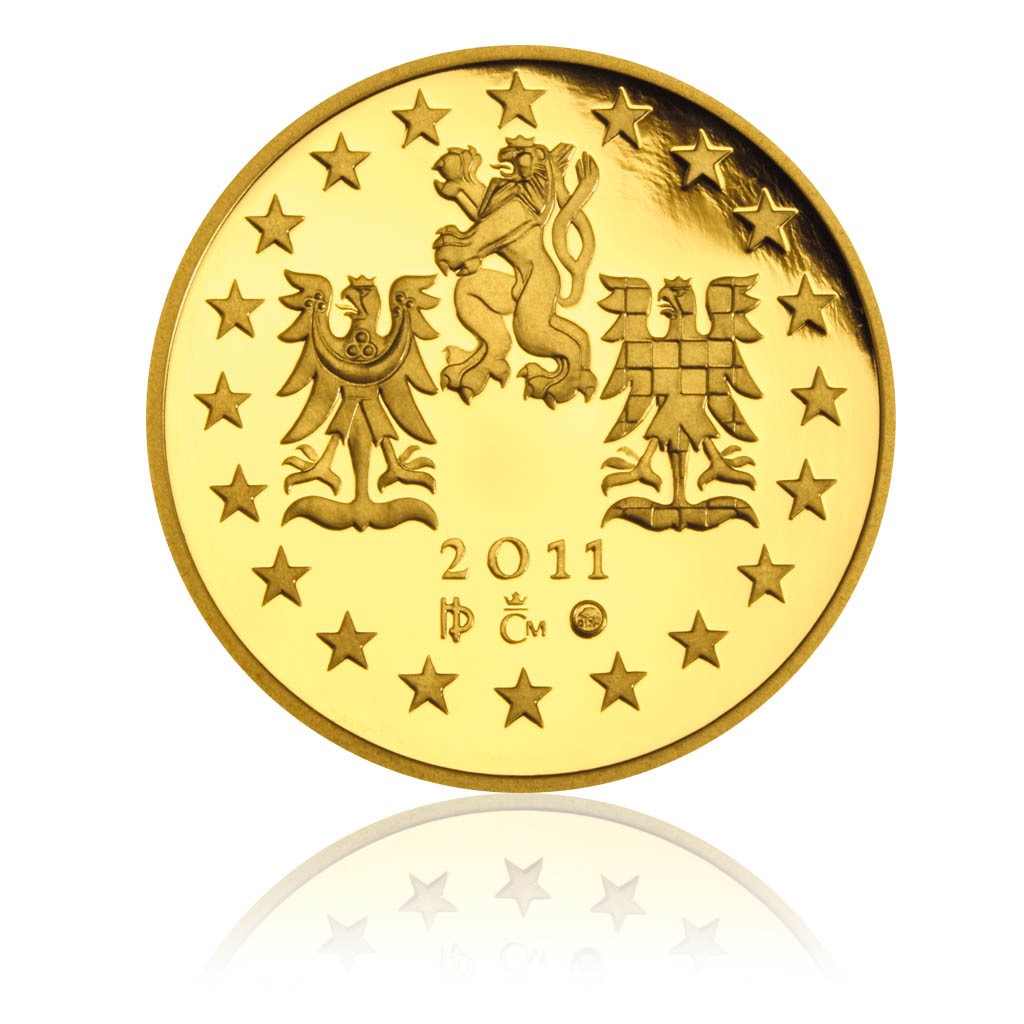