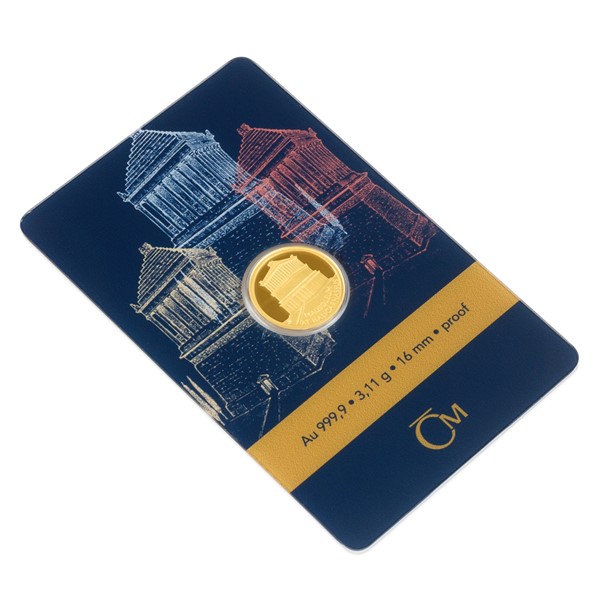 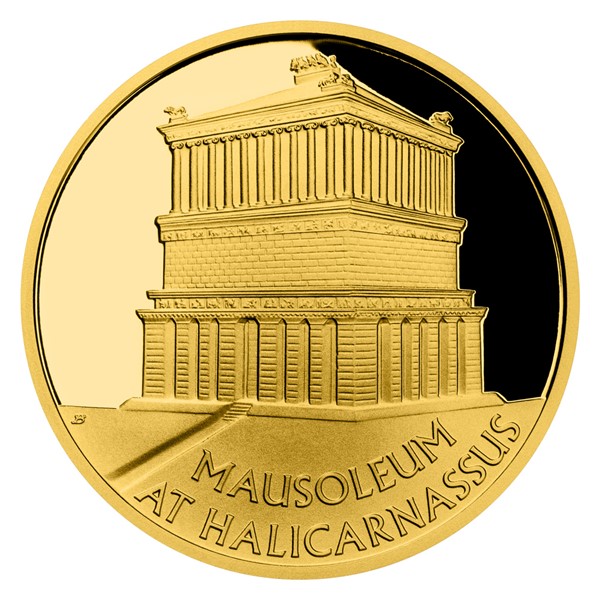 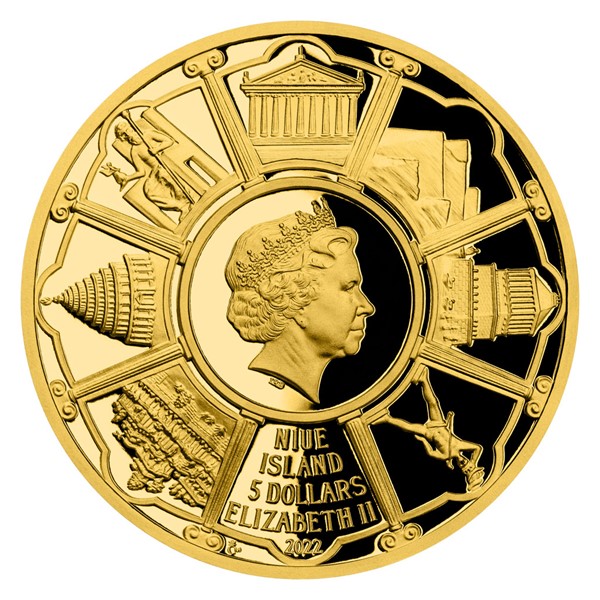 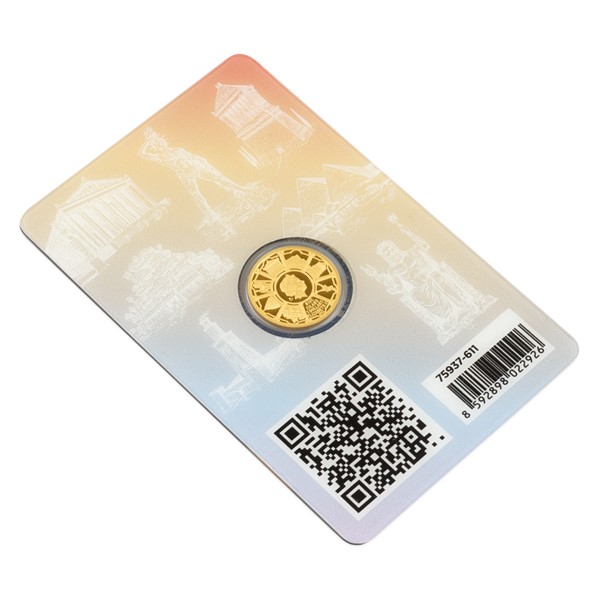 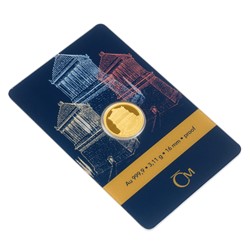 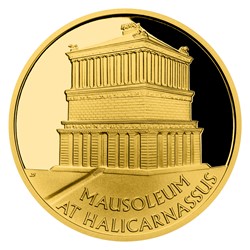 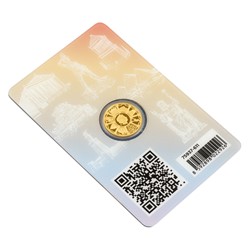 The fifth of the Seven Wonders of the Ancient World is the Mausoleum at Halicarnassus. The Czech Mint commemorates the legendary monument by issuance of a a gold coin weighing one tenth of a troy ounce.

King Mausolus II reigned in Caria, part of today´s Turkey in the 4th century BC. This vassal subject to the Persian king - was an ambitious ruler who did not hesitate to invade neighbouring cities and states. With stolen money, he built the magnificent city of Halicarnassus. Anyone else would have been pleased with such a legacy, but Mausolus was proud. At the end of his life, he decided to build a tomb that would symbolize his power and glory for all time. It was to be the most beautiful monument of all time, and he spared no expense. However, he did not live to see his dream completed, and his grieving wife Artemisia oversaw the completion of the tomb. She loved her husband more than anything in the world. It is even said that she had Mausolus burned, and then mixed the ashes with water and drank them to become his living tombstone. The tomb was forty-five metres high, when it was completed. It resembled a classical Greek temple with supporting columns, but it stood on a massive base and had a stepped pyramid on the roof. The structure, which was called the Mausoleum - or "belonging to Mausolus" - became one of the Seven Wonders of the World, and its name became the general term for any great tomb. Mausolus' wish came true - his name will live on forever...

The reverse side of the coin, which is the work of the medal maker Petra Brodská, DiS., presents the mausoleum at Halicarnassus, supplemented with the English inscription MAUSOLEUM AT HALICARNASSUS. The obverse side, which is common to the entire cycle, then presents all Seven Wonders of the World - the Egyptian pyramids, the Hanging Gardens of Babylon, the Temple of Artemis in Ephesus, the Statue of Zeus in Olympia, the Mausoleum at Halicarnassus, the Colossus of Rhodes and the Lighthouse on the island of Faru. As the coins of the Czech Mint are issued with the foreign licence of the island of Niue, they also bear the portrait and name of Queen Elizabeth II together with the nominal value of 5 DOLLARS (NZD) and the year of issue 2022 on the obverse side.

Each coin is sealed in special packaging.

Note: The packaging is covered with foil to prevent damage in transit. 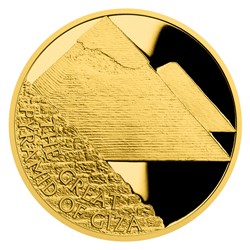 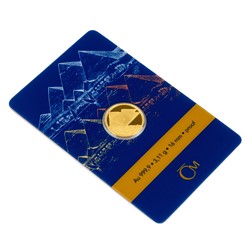 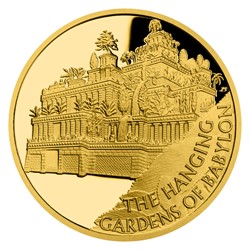 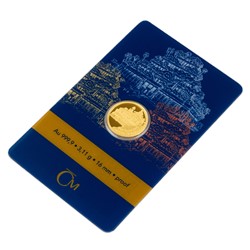 Reserve in-store
Gold 1/10oz coin Seven Wonders of the Ancient World - The Temple of Artemis at Ephesus proof
In stock at the store Mintage 400 pcs
7,990 CZK
exempt from VAT 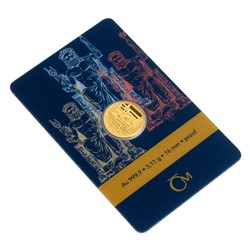 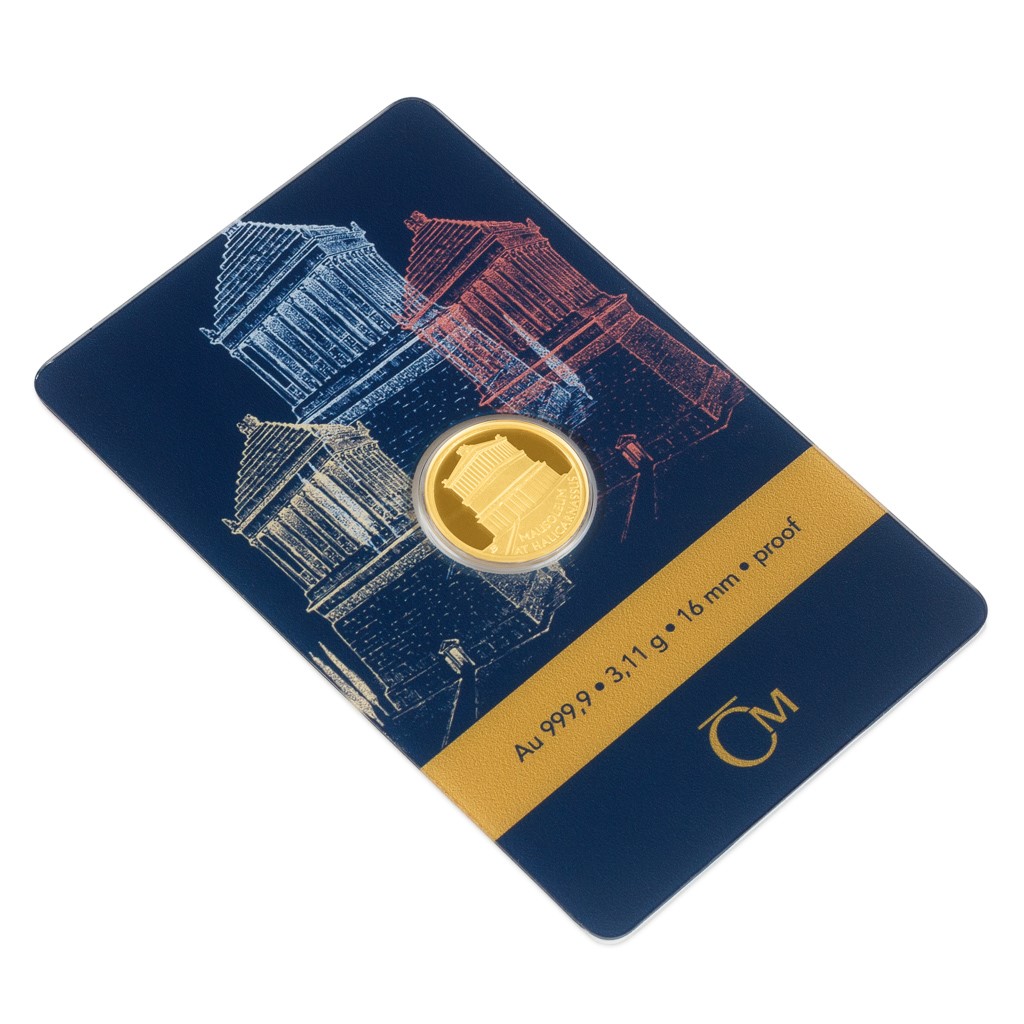 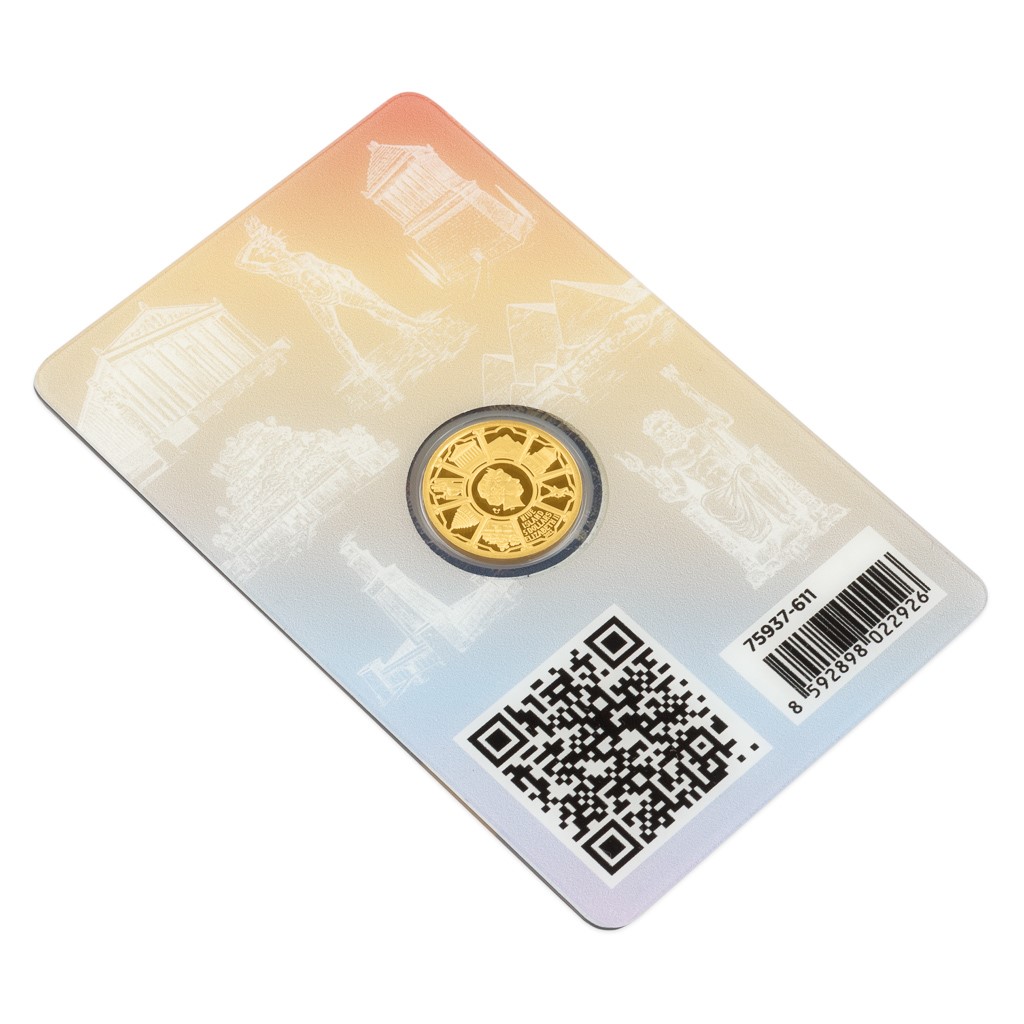