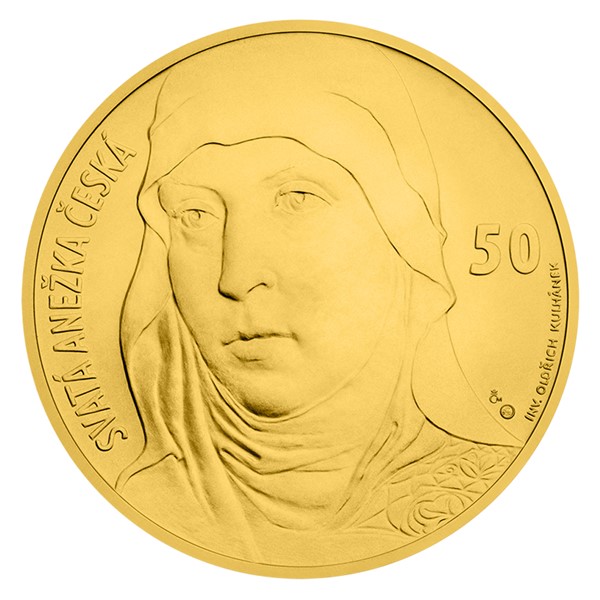 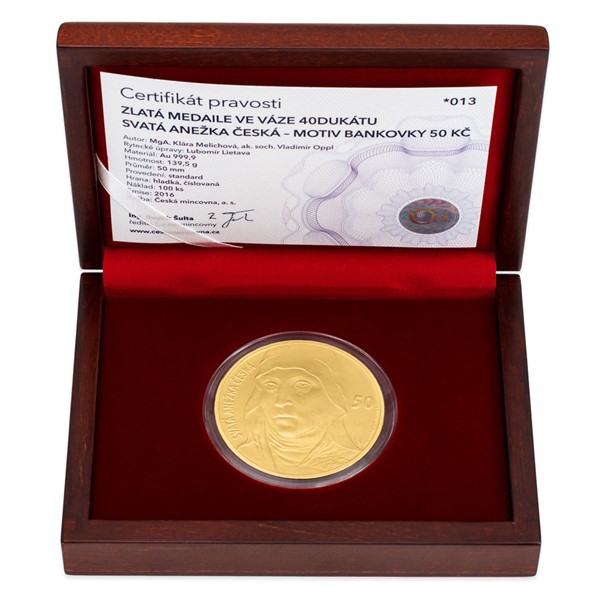 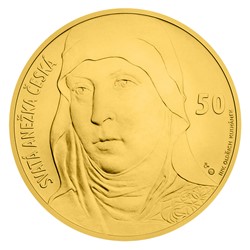 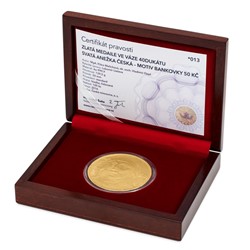 The first Czech fifty crown banknote appeared in the circulation in 1919 as a so-called national money. The banknote began circulation in 1929 and has since featured several impressive designs. The last one of these was created by the painter, the graphic designer and the illustrator Oldřich Kulhánek and he has dedicated its theme to St. Agnes of Bohemia. With this extraordinary artistically successful tender, we came into daily contact with for 18 years, then the paper banknote was replaced with the metallic coin. Kulhánek’s work is so valuable, that the Czech Mint decided to give it a distinctive tribute in the form of a gold medal weighing 40 ducats.

The fifty crown banknote with the motive of St. Agnes of Bohemia was created in 1993. Oldřich Kulhánek has portrayed the patron of the Czech lands on it in a religious robe, with a heart, which burns with love for the poor and the sick, to whom she helped all her life, and a tear of a compassion. The lily then symbolizes her purity, for which she was canonized by Pope John Paul II. in 1989.

In March 2011, people could exchange those artistically acclaimed banknotes for goods for the last time, but surely not only the collectors, have kept at least one proof, that the Czech banknotes are among the finest in the world.

An exceptional opportunity in the form of a magnificent medal of a pure gold proudly carries the theme of the Czech saint, whose processing for the obverse of the medal, has prepared the talented artist MgA. Klára Melichová, the daughter of Oldřich Kulhánek. She also put to use her talent in the design of the reverse, which consists of a detailed motif, taken from the reverse side of the fifty crowns banknote and at the forefront of the Gothic church vault represents the letter A, decorated with the portraits of St. Francis of Assisi and his student St. Clara. The preparations for the minting of the medal masterfully undertook the academic sculptor Vladimír Oppl.

Do not miss another wonderful gem for your valuable collection, which gracefully and meaningfully saves your financial reserves.

Its issue is strictly limited to 100 pieces, if you do not want to miss out, book it in time! 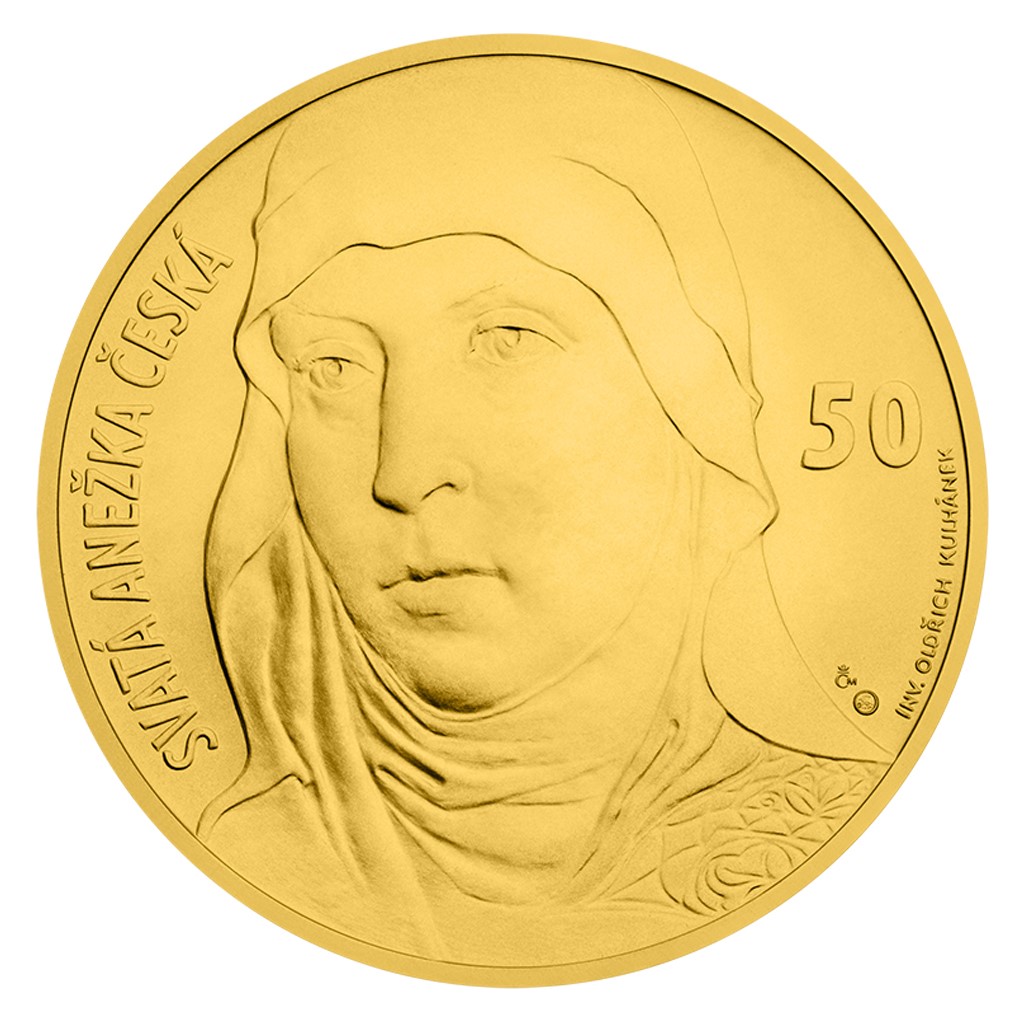 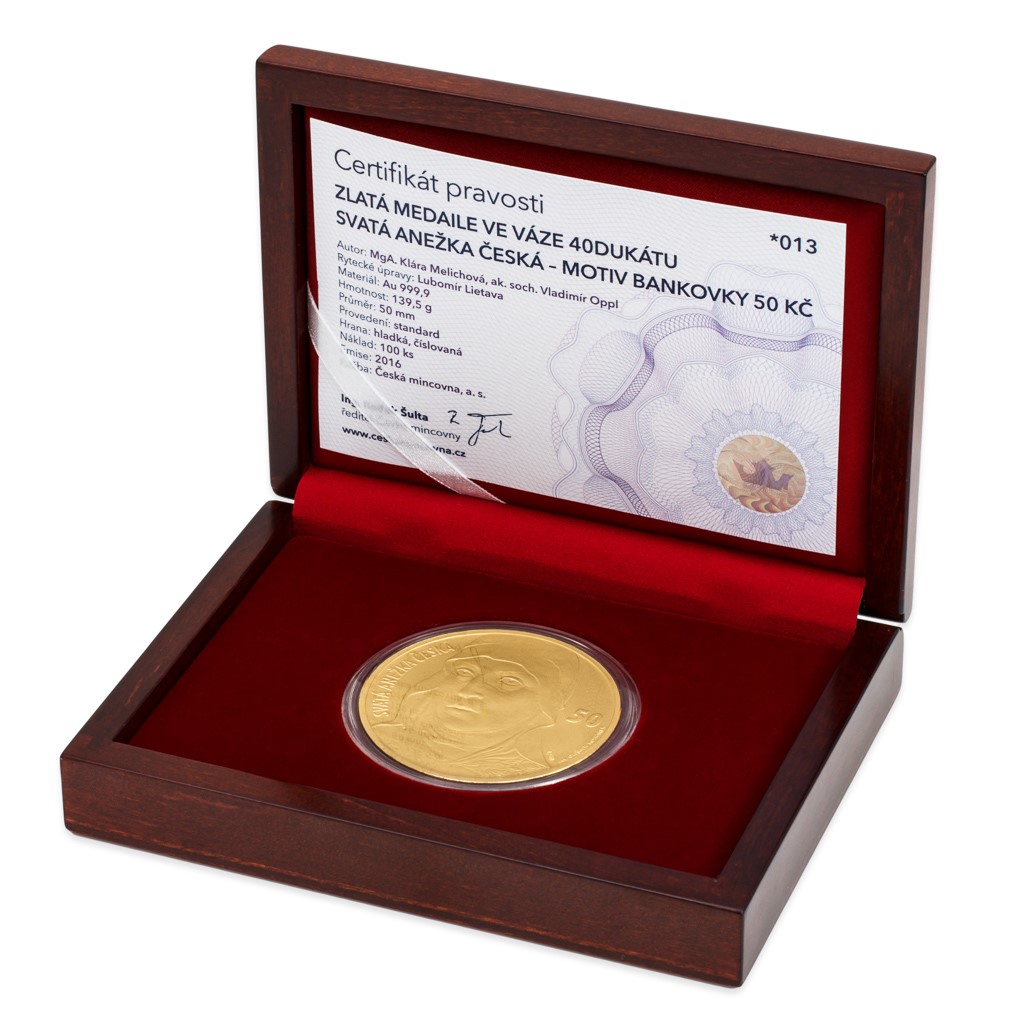