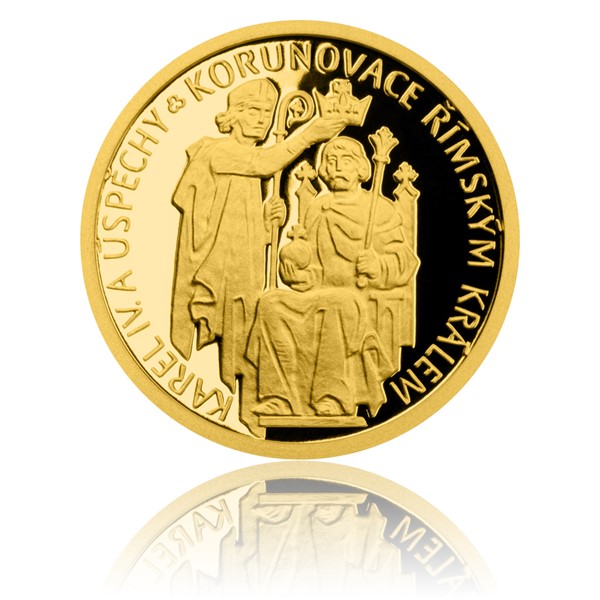 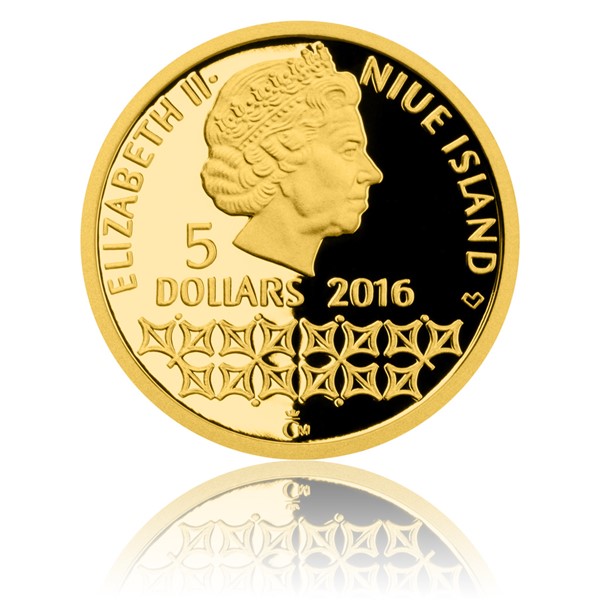 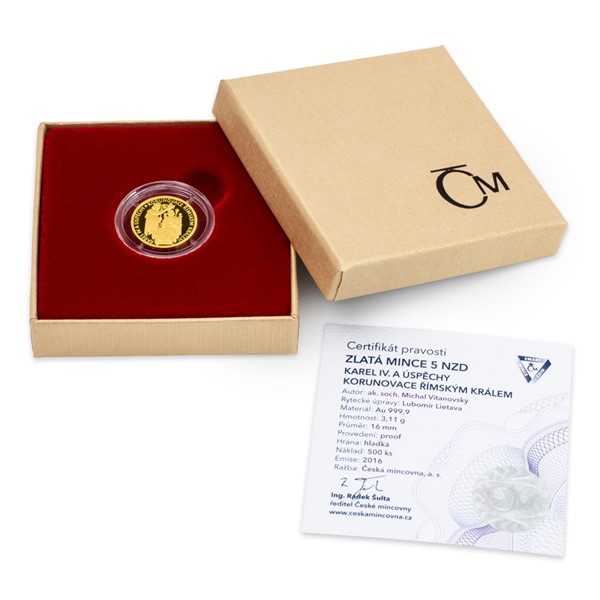 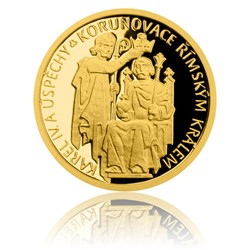 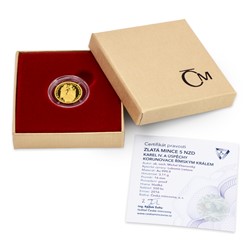 Stock state
Sold out
Date of issue
January 2016
Mintage
500 pcs
Sold out
The approximate purchase price of the product is 5,463 CZK. The purchase takes place according to the purchase rules.
Purchase rules

The history has brought to our country a number of important scholars, artists and politicians. However, one of the great Czechs towers over the others even after centuries. It is King Charles IV., whose 700th birth anniversary we commemorate this year. He was a Roman Emperor, Margrave of Moravia, Count of Luxembourg, King of Bohemia, Italian and Burgundy, as well as Roman-German king. It was the last of the titles, that he received exactly 670 years ago. The Czech Mint has immortalized a crucial moment in European history through a mintage of gold coin 5 NZD "Charles IV. and the achievements - The coronation of the Roman King" in an extraordinary quality proof.

The election of Charles IV. as the new king of the Holy Roman Empire took place in Rhens on the Rhine 11. 7. 1346. His election was supported by the papal curia for years, headed by Clement VI., a former teacher of Charles IV. The existing Roman Emperor and King Louis IV. Bavor, who was against interfering of The Church into the state affairs, was no longer able to stand against the election. The coronation of Charles IV.,  however,  had to be postponed due to the death of his father, John of Luxembourg, who had died in the Battle of Crecy. The new ruler of the Kingdom of the Czech, King Charles IV., was crowned the Roman-German ruler 26. 11. 1346 in Bonn. And it was another step on the way to his later election of the emperor of The Holy Roman Empire.

The series Smart coins issued on the occasion of the 700th birth anniversary of the Father of the Homeland opens with a magnificent gold mintage, which has been designed by an academic sculptor Michal Vitanovský. The reverse adorns exquisitely captured moment of the coronation of the king and an inscription KAREL IV. AND  ACHIEVEMENTS - CORONATION OF THE ROMAN KING. The obverse then gave to the artist a space for a tasteful composition formed by the attributes of the issuer, a nominal 5 DOLLARS and the year 2016. An exclusive artwork is destined to become an original pride of your collection.

Do not forget to book next three issues, which the Czech Mint has prepared as a set of honors for the greatest Czech. Each of them is limited to just 500 pieces, therefore, do not miss a unique opportunity to add to your collection an attractive set with a popular theme! 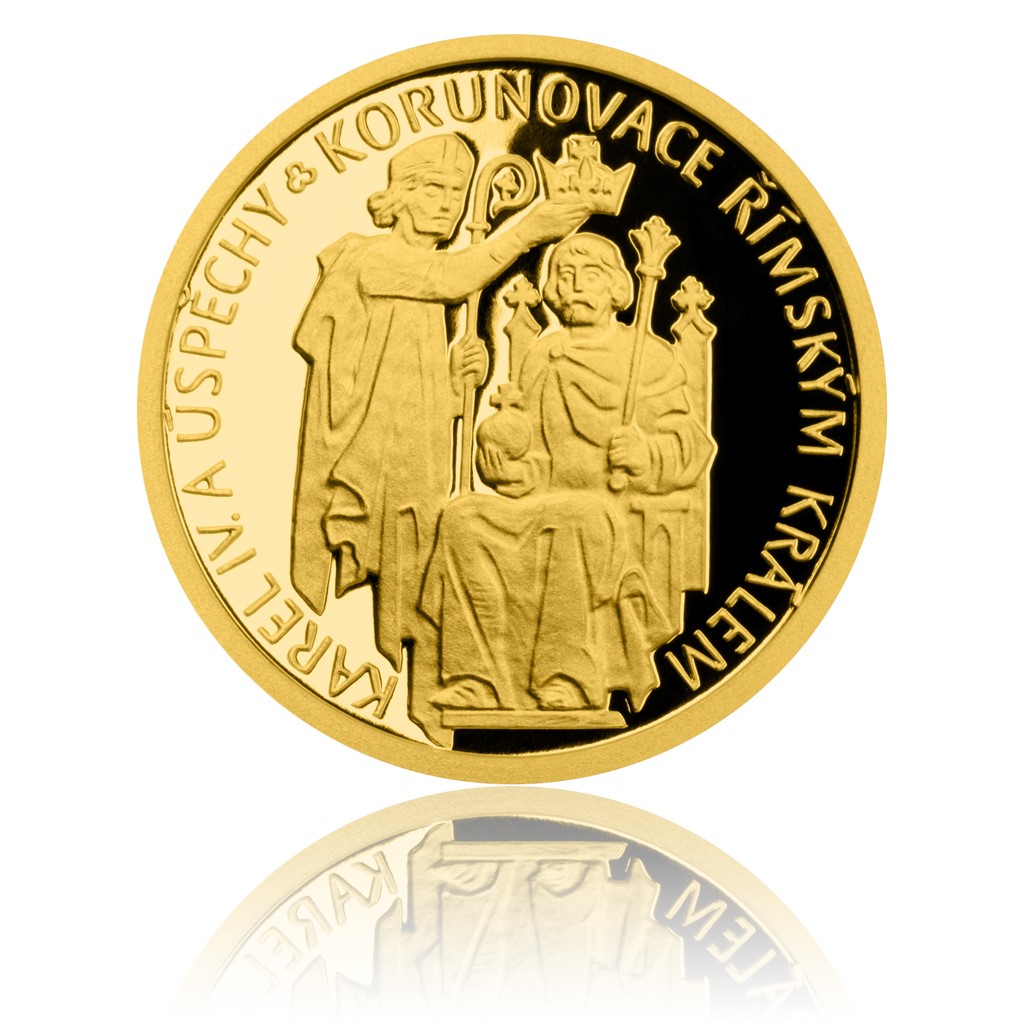 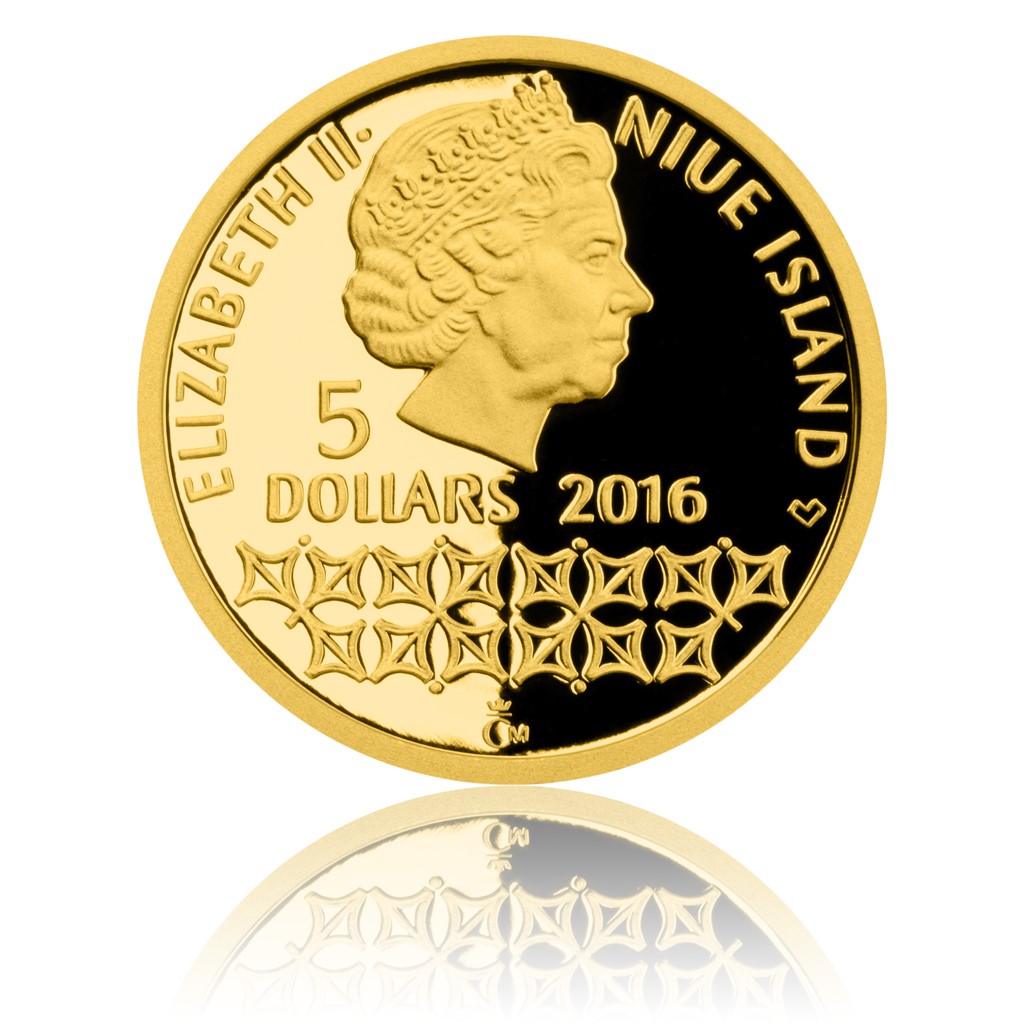 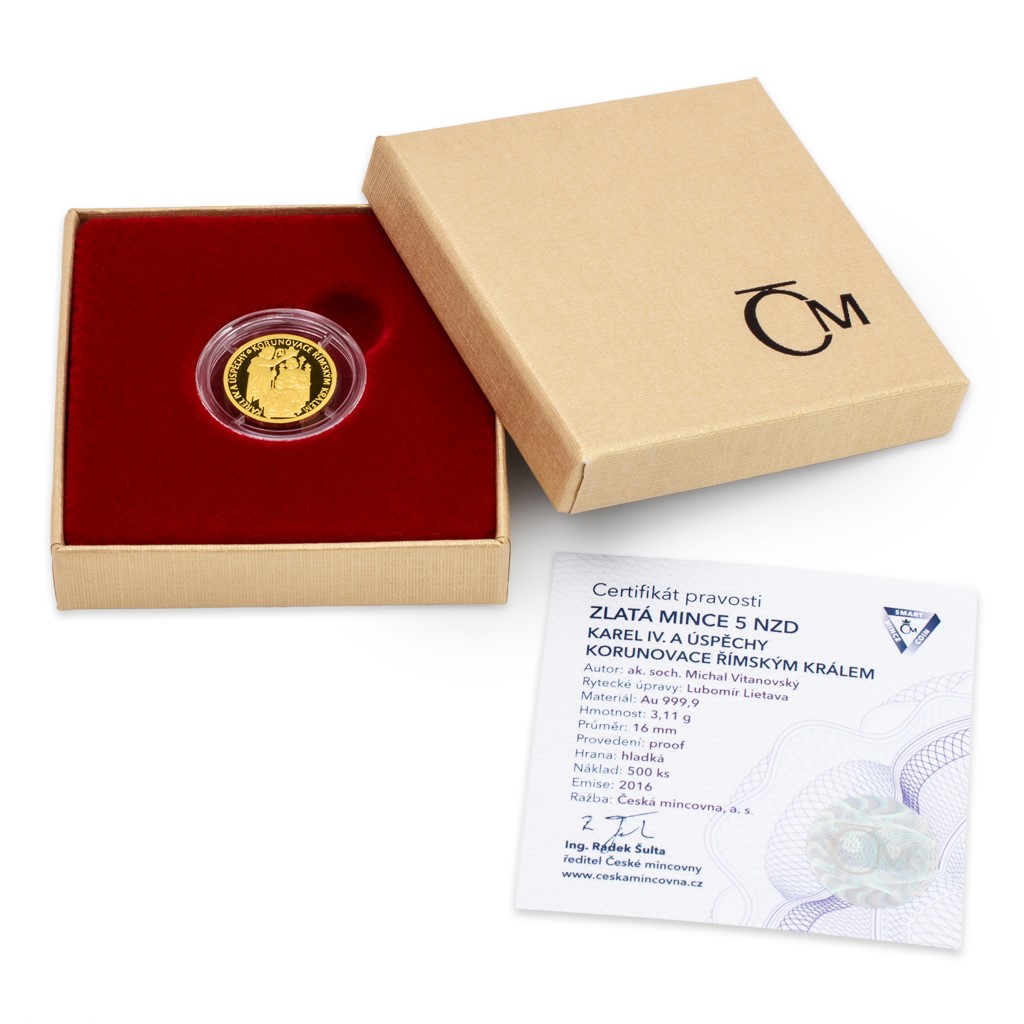