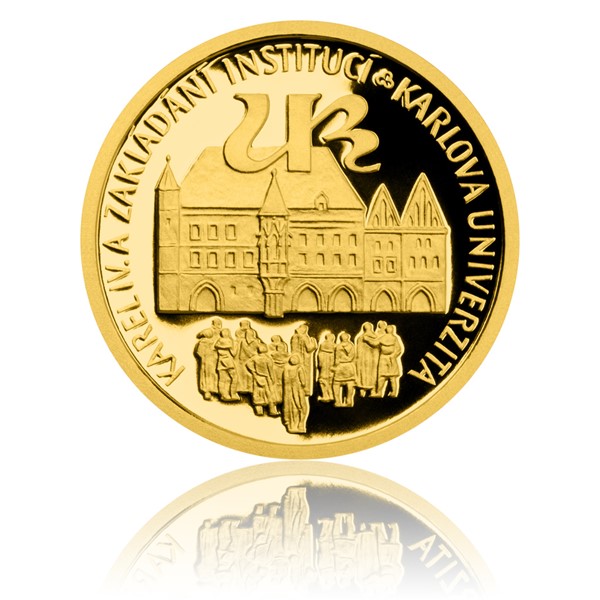 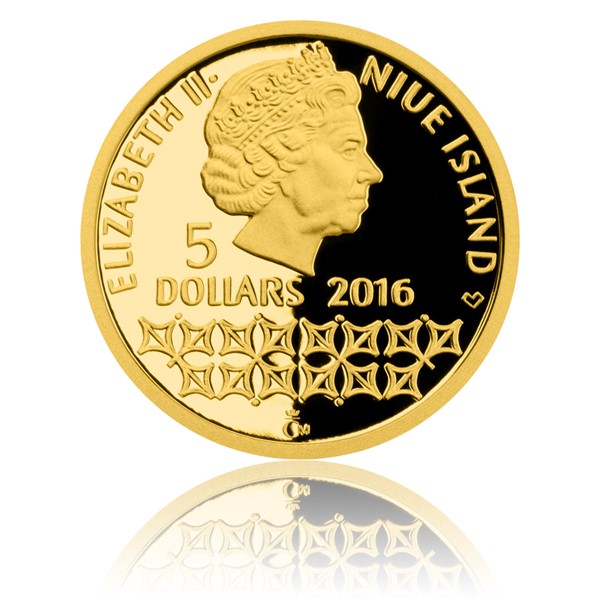 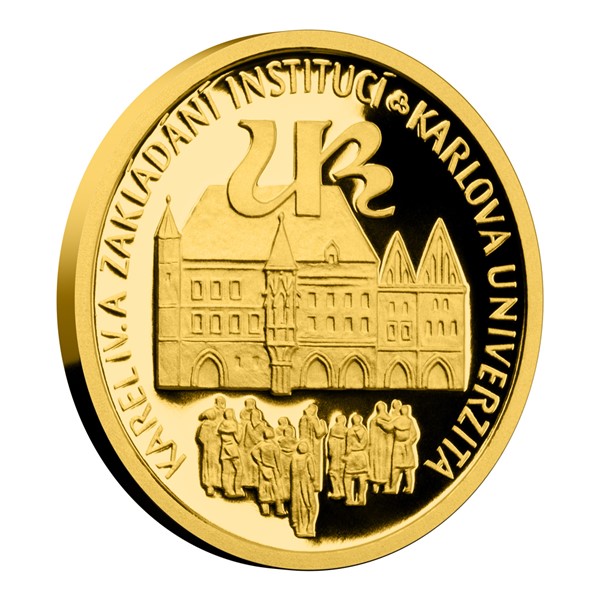 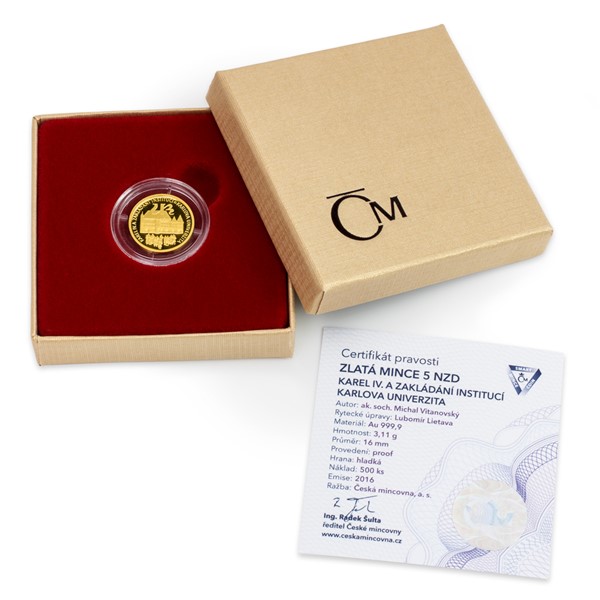 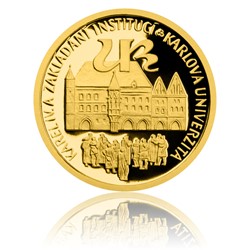 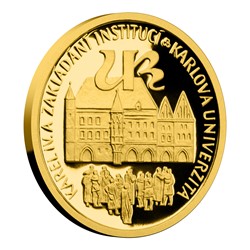 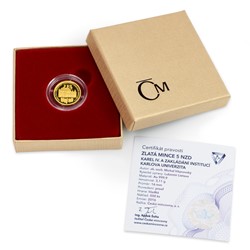 Stock state
Sold out
Date of issue
April 2016
Mintage
500 pcs
Sold out
The approximate purchase price of the product is 5,463 CZK. The purchase takes place according to the purchase rules.
Purchase rules

Charles IV. - the eleventh Czech king, the Roman Emperor and the King of Germany, Lombardy, Burgundy, the margrave of Moravia and the count of Luxembourg, whose enlightenment penetrated into a wide range of fields.

As a very wise man, he realized the importance of education of the nation across all the social classes and therefore established the first college for the Czechs. Its motif appears on the last of four mintages of the collectable miniseries, which is issued by the Czech Mint on the occasion of the 700th anniversary of the birth of the great ruler and the Greatest Czech.

The Charles University in Prague, in Latin Universitas Carolina Pragensis, is one of Europe's oldest universities. For the establishment of a university in Prague sought already the King Václav II. in 1294, but it didn't succeed until half a century later. The establishment enabled the yield of Pope Clement VI. and was based on the foundation charter of Charles IV. on April 7, 1348.

The education was provided in the former so-called full form at four faculties: theological, medical, legal and the liberal arts. In its time, it was the only institution allowing a common townsmen and students from rural areas to climb the social ladder, which was for example the case of Jan Hus, who gradually became a teacher, a dean and finally a rector. The status of Charles University strengthened for centuries and its fame is appreciable till today.

The obverse of the gold Smart coin dominates the building Karolina, which is the oldest building of the Prague university and also its symbol. At the forefront are gathered the masters of the University and over the whole scene are stylized initials UK. The circumference of the coin belongs to the inscriptions KAREL IV. and ESTABILISHMENT OF INSTITUTIONS and CHARLES UNIVERSITY. The reverse, as well as the obverse side, is the work of the academic sculptor Michael Vitanovský and apart from the nominal 5 DOLLARS and the year 2016, carries the necessary attributes of the issuer. Do not hesitate to complete all the collectible series on the occasion of an important jubilee of the Father of the Nation! 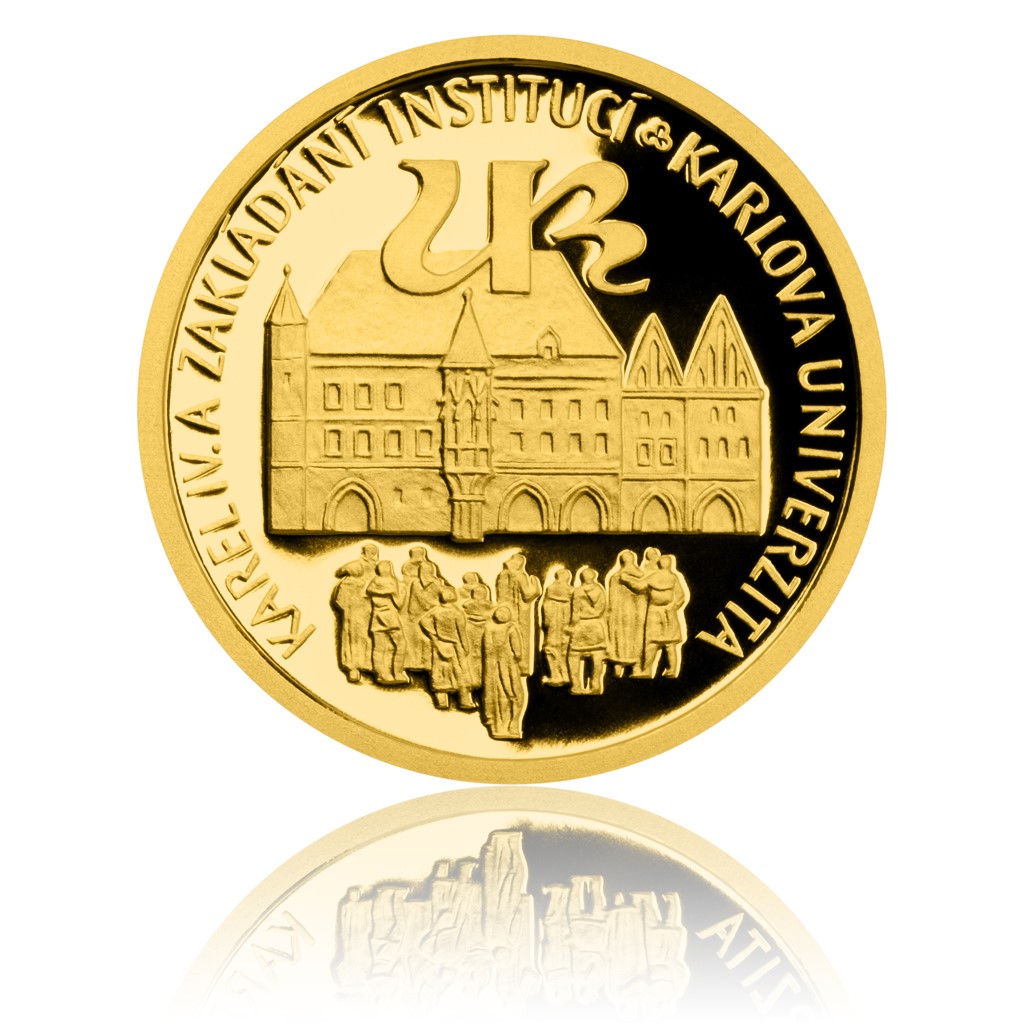 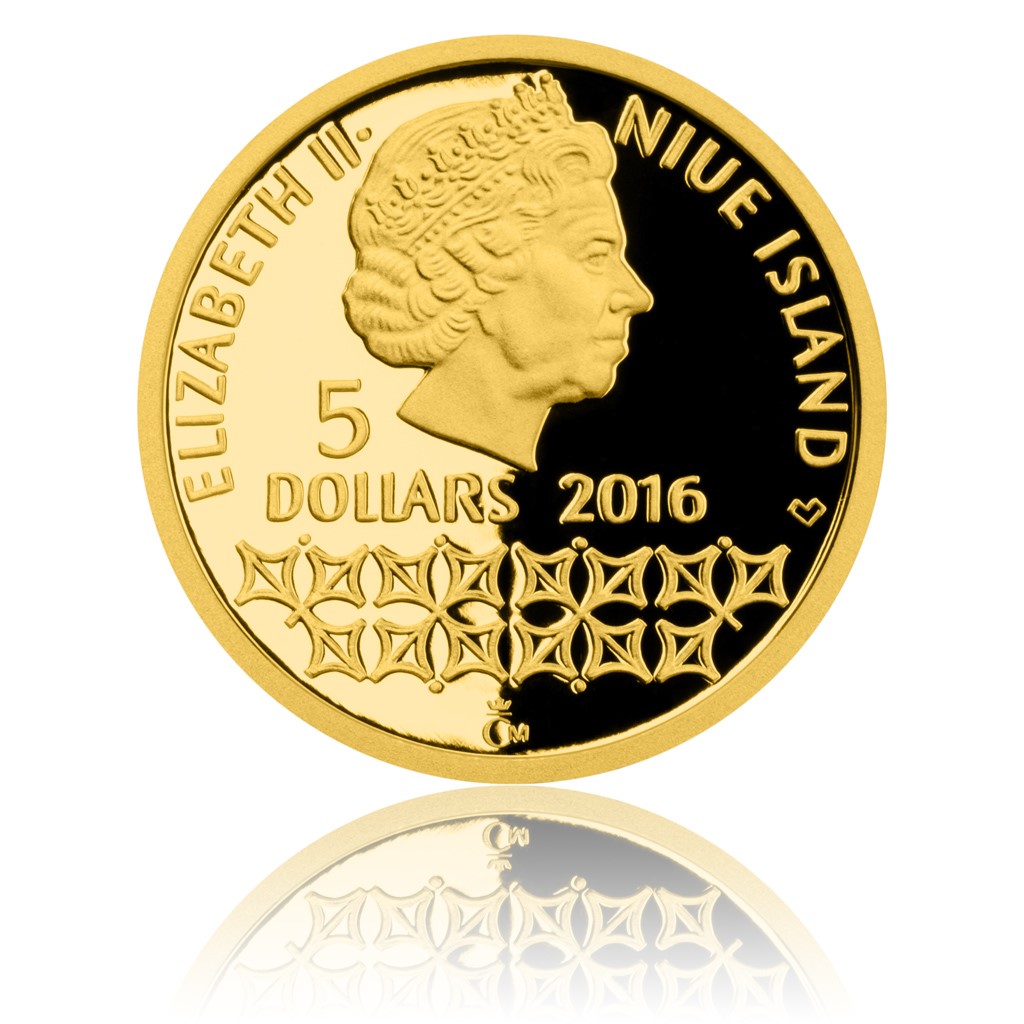 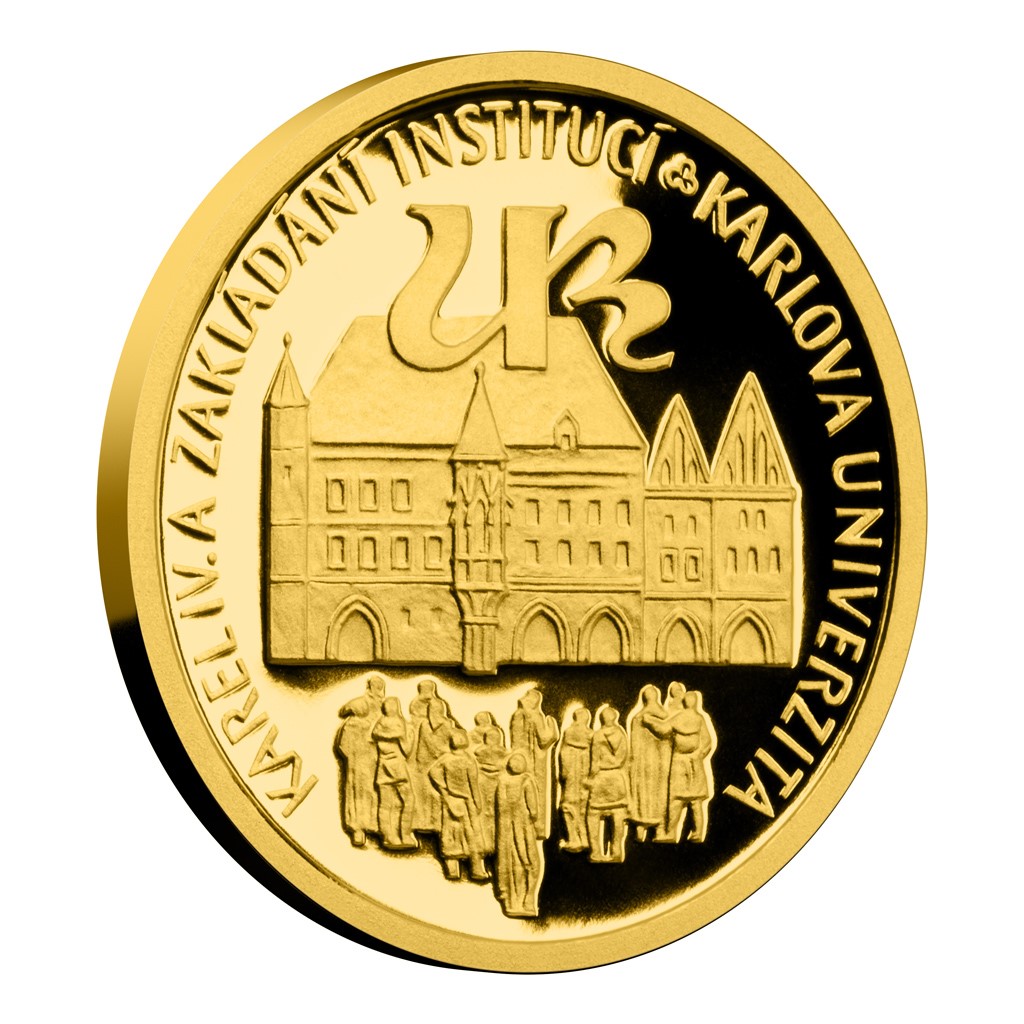 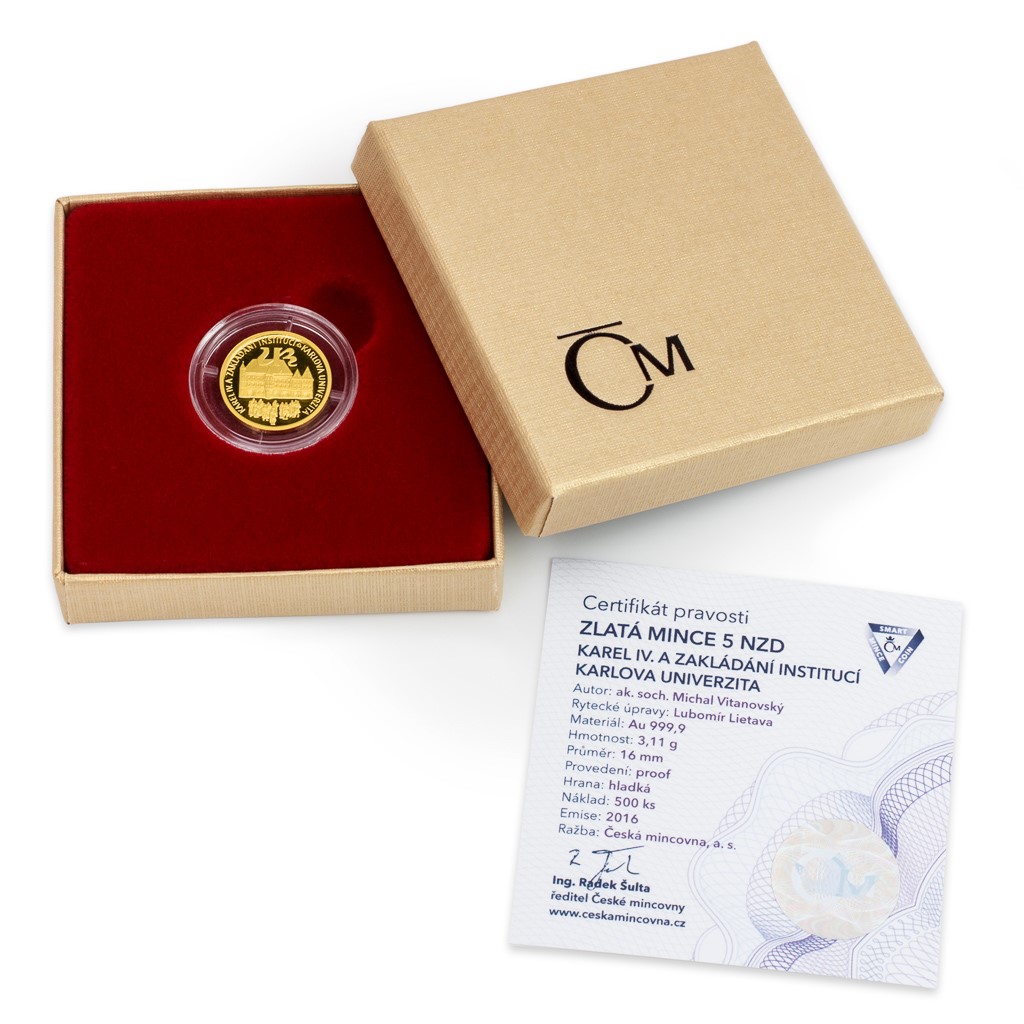