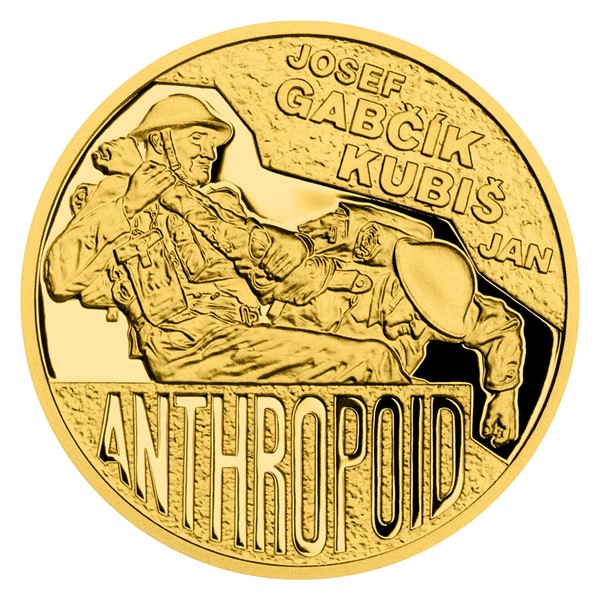 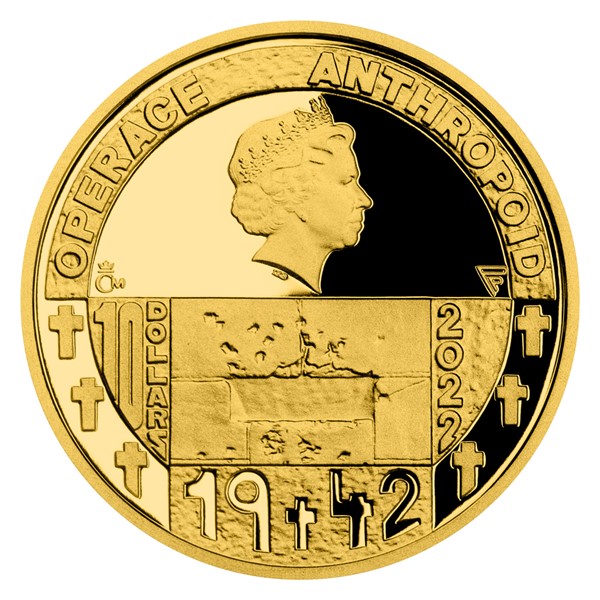 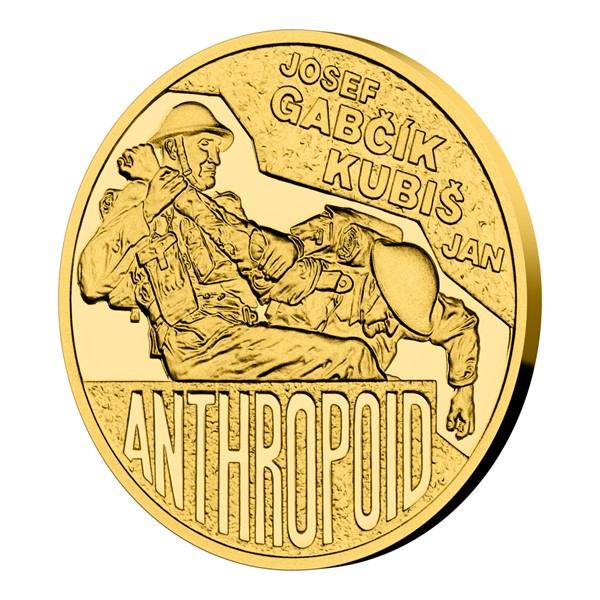 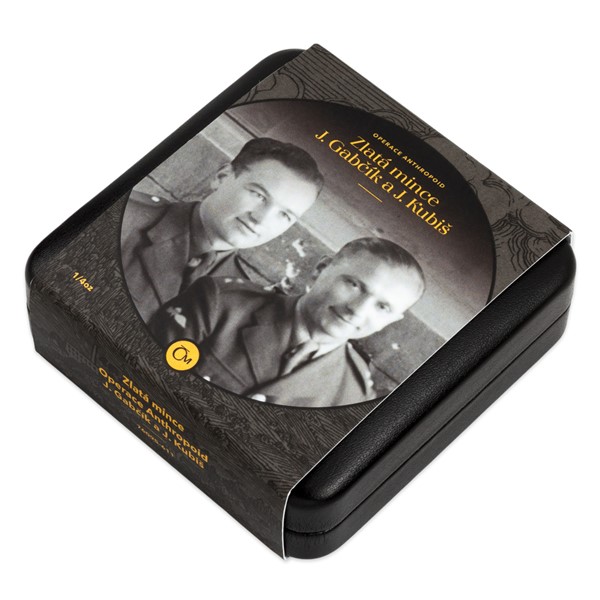 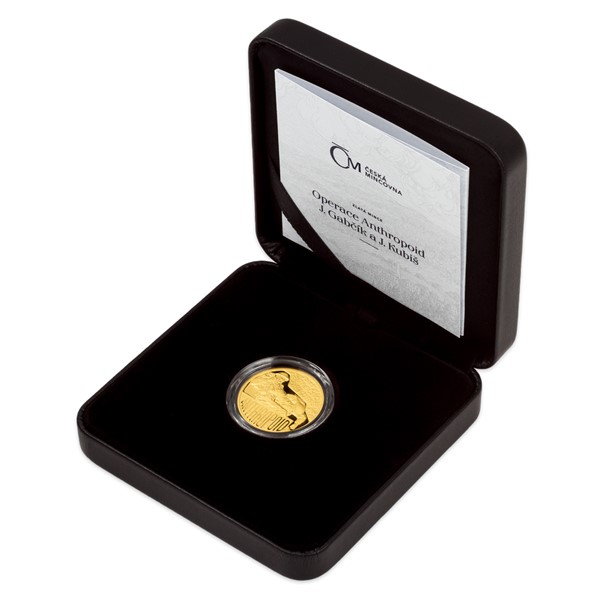 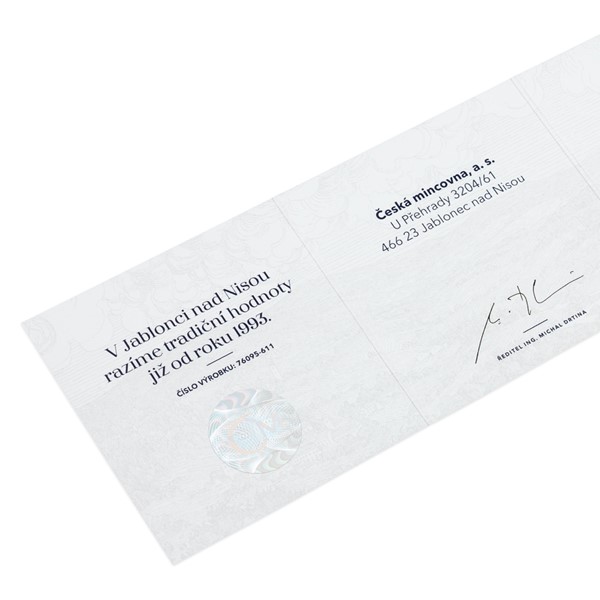 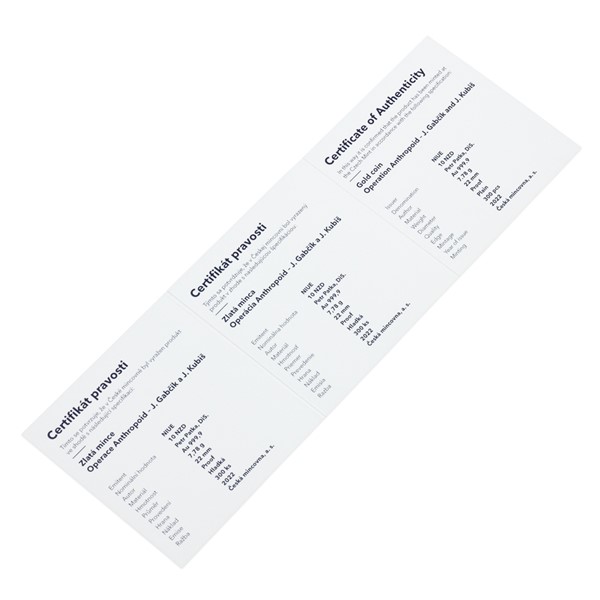 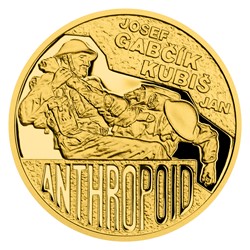 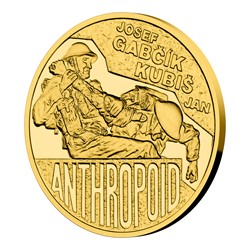 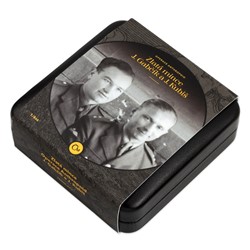 The second gold coin of the Czech Mint from the four-part miniseries entitled Operation Anthropoid, which was issued to the occasion of the 80th anniversary of the assassination of Reinhard Heydrich, commemorates the heroic paratroopers Jozef Gabčík and Jan Kubiš.

Gabčík and Kubiš, a Slovak and a Czech, were not only brothers in arms, but also great friends. They first met in June 1939 in a camp of Czechoslovak volunteers in Poland, where they had fled their Nazi-dominated homelands. They came to like each other immediately, although at first sight they could not have been more different - Gabčík was temperamental and impulsive, Kubiš prudent and calm. However, they shared similar fates - they came from families of small farmers, built military careers, did not accept the demise of the common state and decided to do something about it. They made their way from Poland to France, distinguished themselves in the retreat fighting after the German invasion, and ended up in England. There, they enrolled in a special operations course and were selected to carry out the paratrooper operation Anthropoid. Their mission, which they accomplished on May 27, 1942, was to eliminate the acting Reich Protector of the Protectorate of Bohemia and Moravia. However, the story of the comrades to the death did not have a happy ending - they were betrayed and fought their last battle in the Church of St. Cyril and Methodius in Prague on 18 June 1942. They preferred to die rather than fall into the hands of the enemy…

"Whenever I think of the portrayal of Gabčík and Kubiš, I always think of their portraits. But I read that the first choice of the executors of the attack fell on Jozef Gabcik and Karel Svoboda. Where is Kubiš? Jan Kubiš was put in charge afterwards, after Karel Svoboda was injured during a difficult training. Therefore I decided to draw on a photograph depicting a self-defense drill of nameless Czechoslovak paratroopers. Even after the jump, something unexpected could have happened and the actor could have been someone else. I used the names of Josef Gabčík and Jan Kubiš "only" as a title on the coin out of respect for their deed," describes the medal maker Petr Patka, DiS., the reverse side of the coin. The obverse side, which is common to the entire four-part miniseries, commemorates the fate of the seven Czechoslovak paratroopers who died in the crypt of a Prague church - it presents seven crosses, the year 1942 and a crypt window with clear traces of enemy gunfire. As the licence to issue commemorative coins of the Czech Mint is granted by the Pacific island of Niue, the obverse side still bears its necessary attributes - the name and portrait of Queen Elizabeth II, the nominal value of 10 DOLLARS (NZD) and the year of issue 2022.

The story of the legendary wartime operation continues on two more coins. You can store the complete collection in a collector's case which you can also find in the Czech Mint's offer. 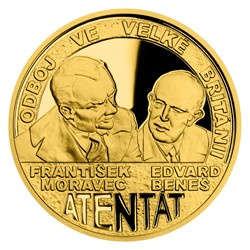 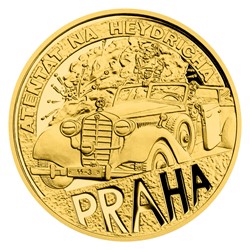 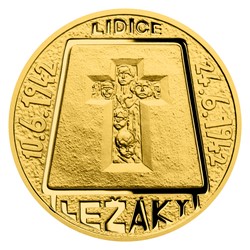 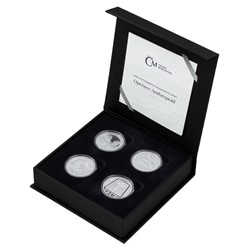 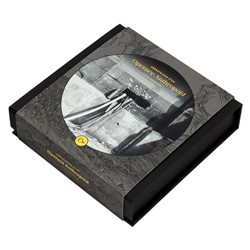 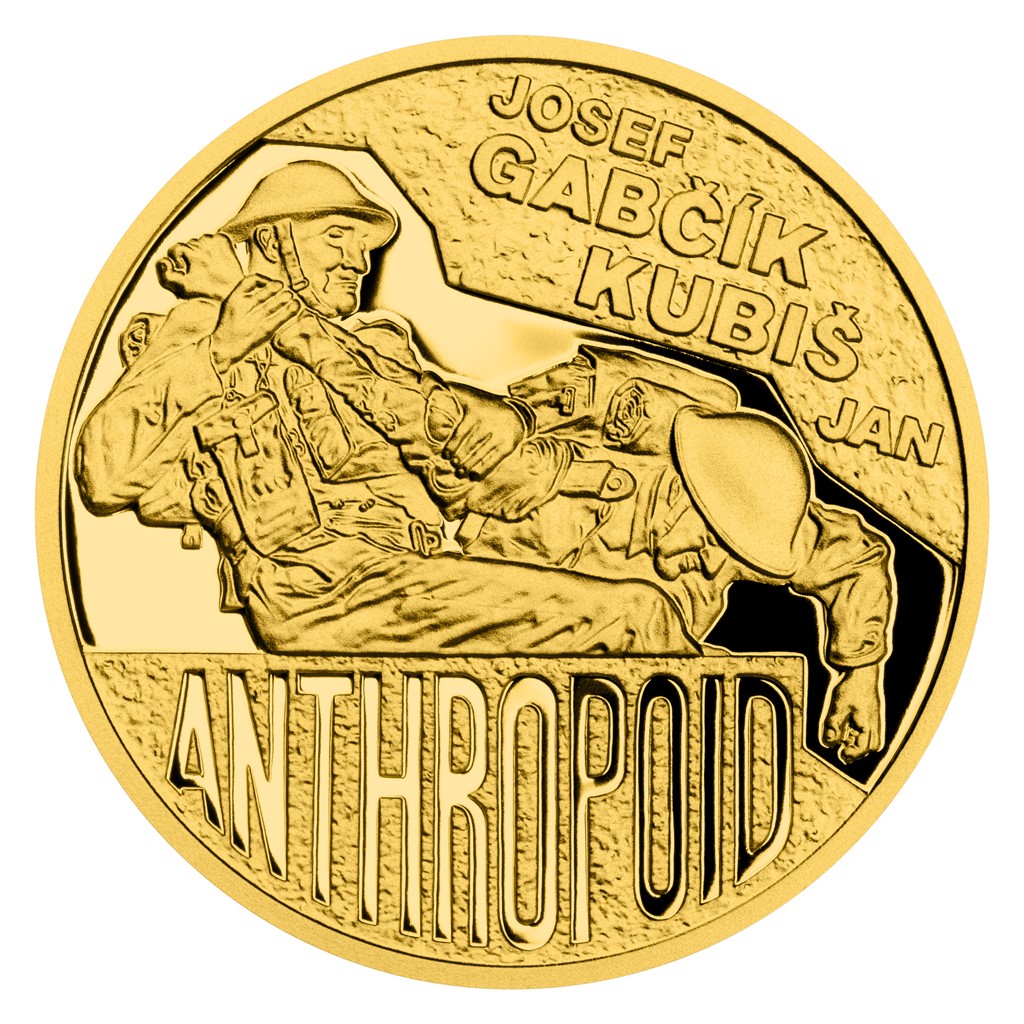 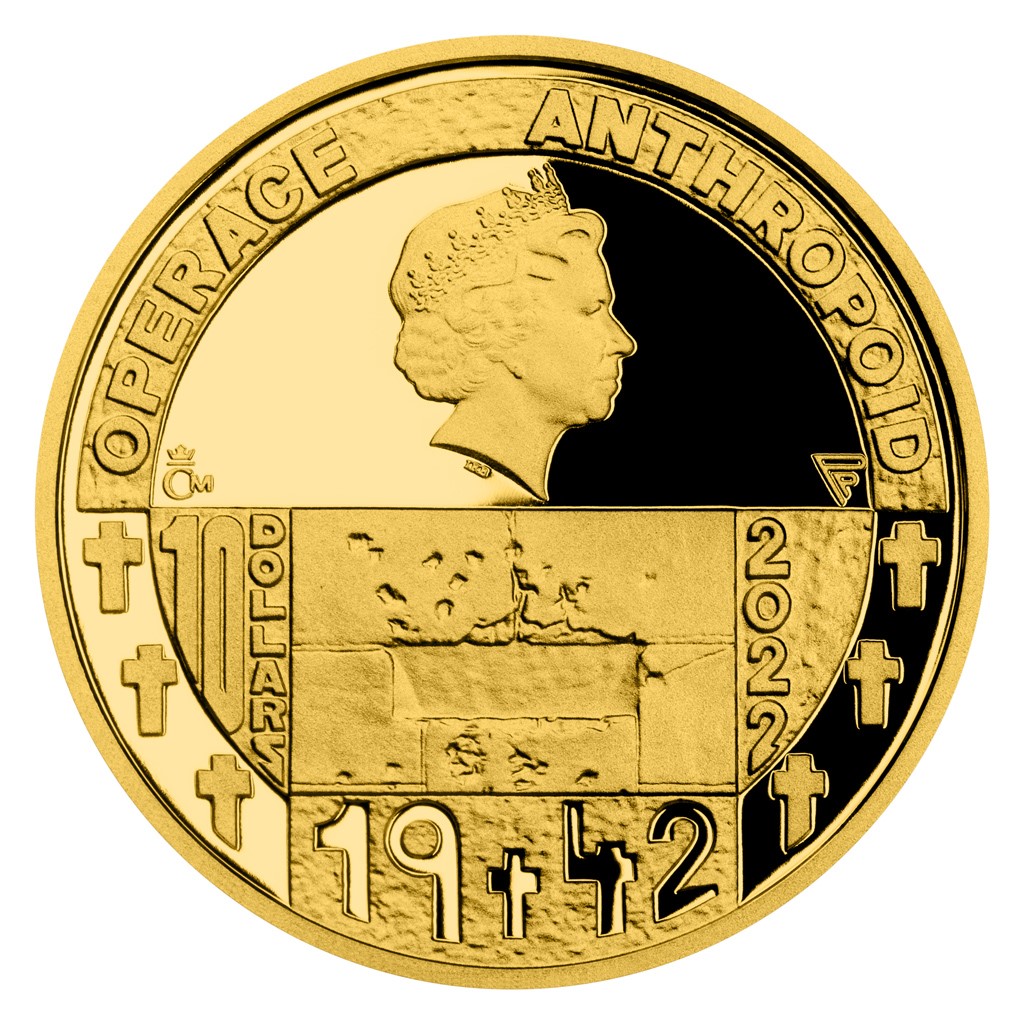 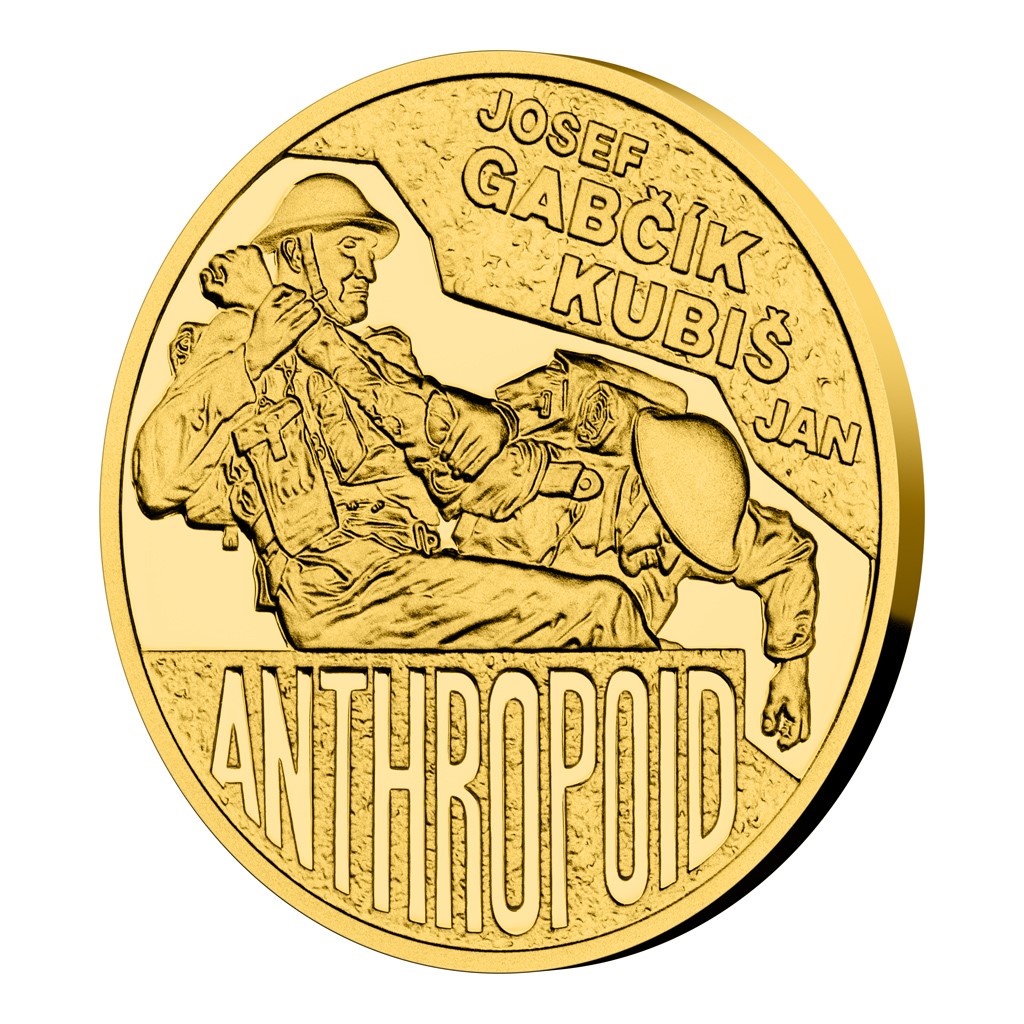 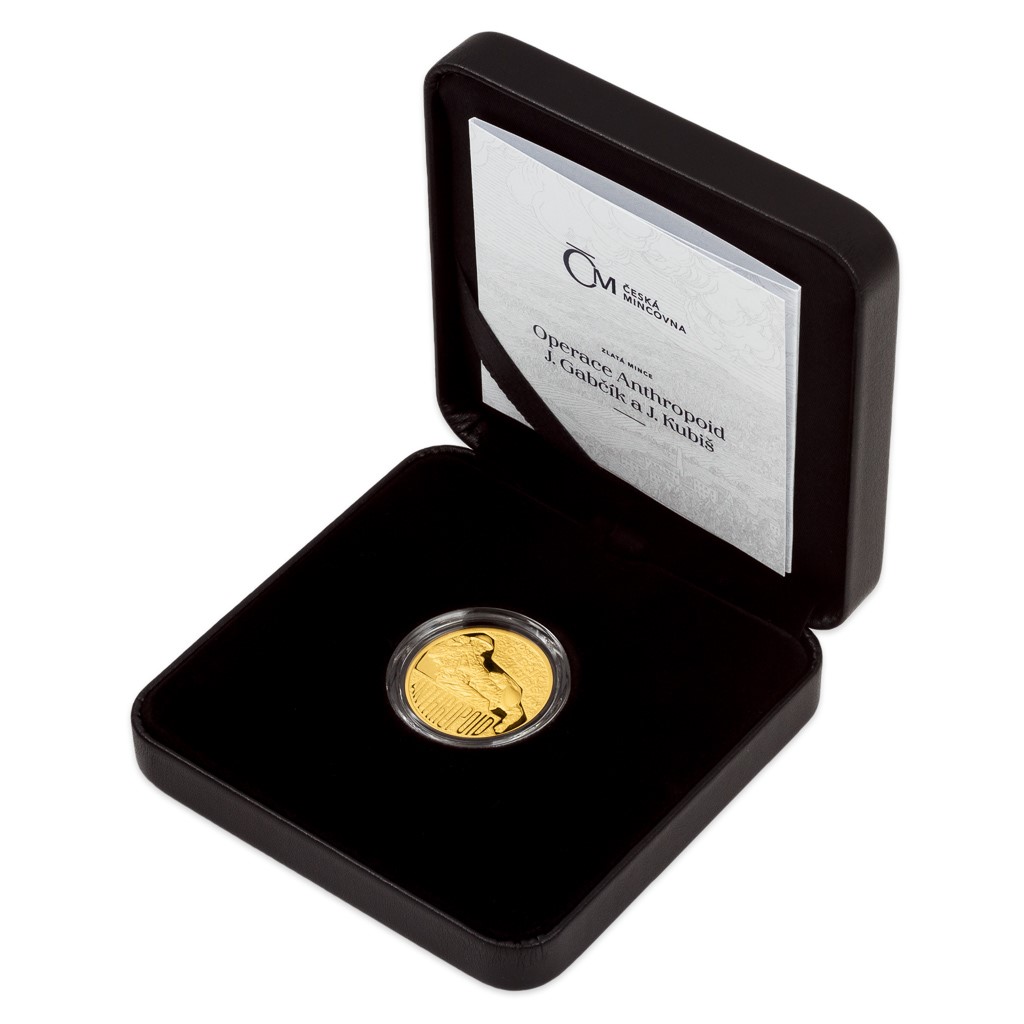 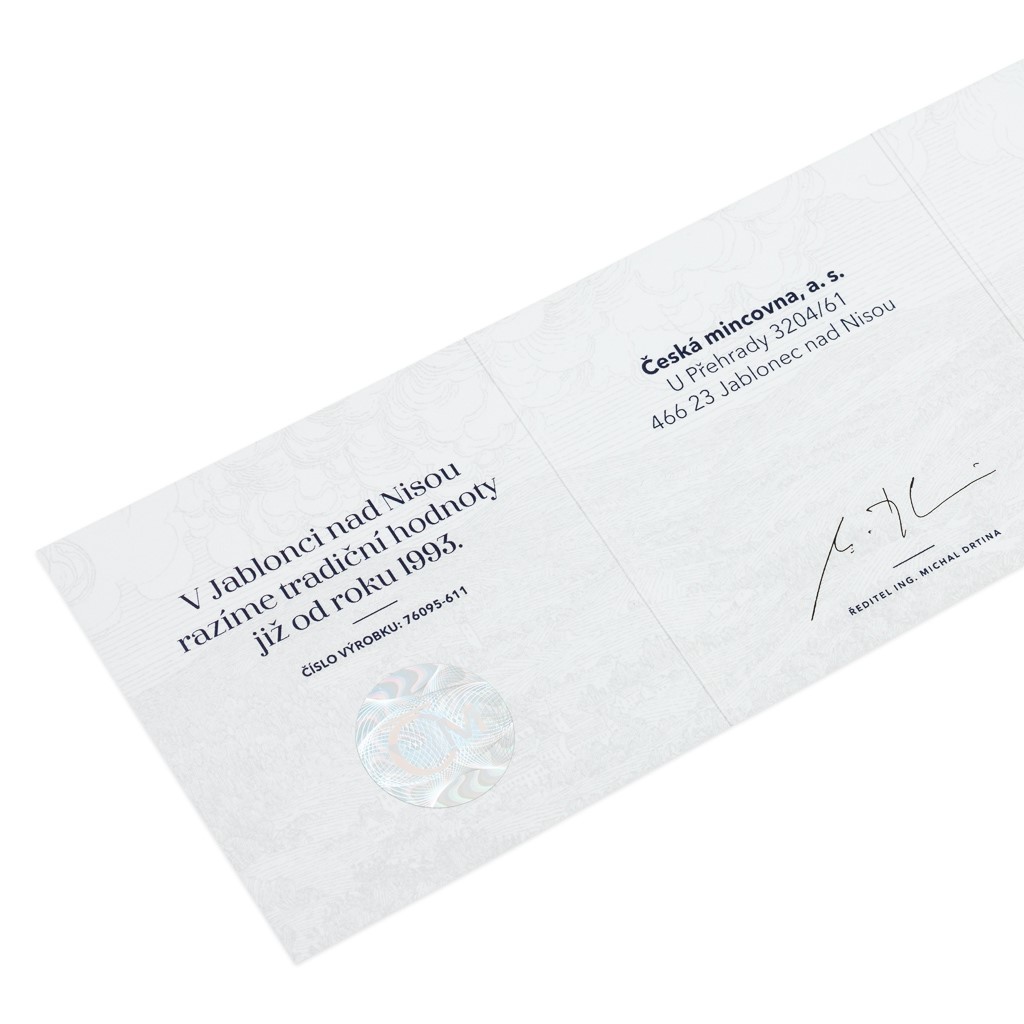 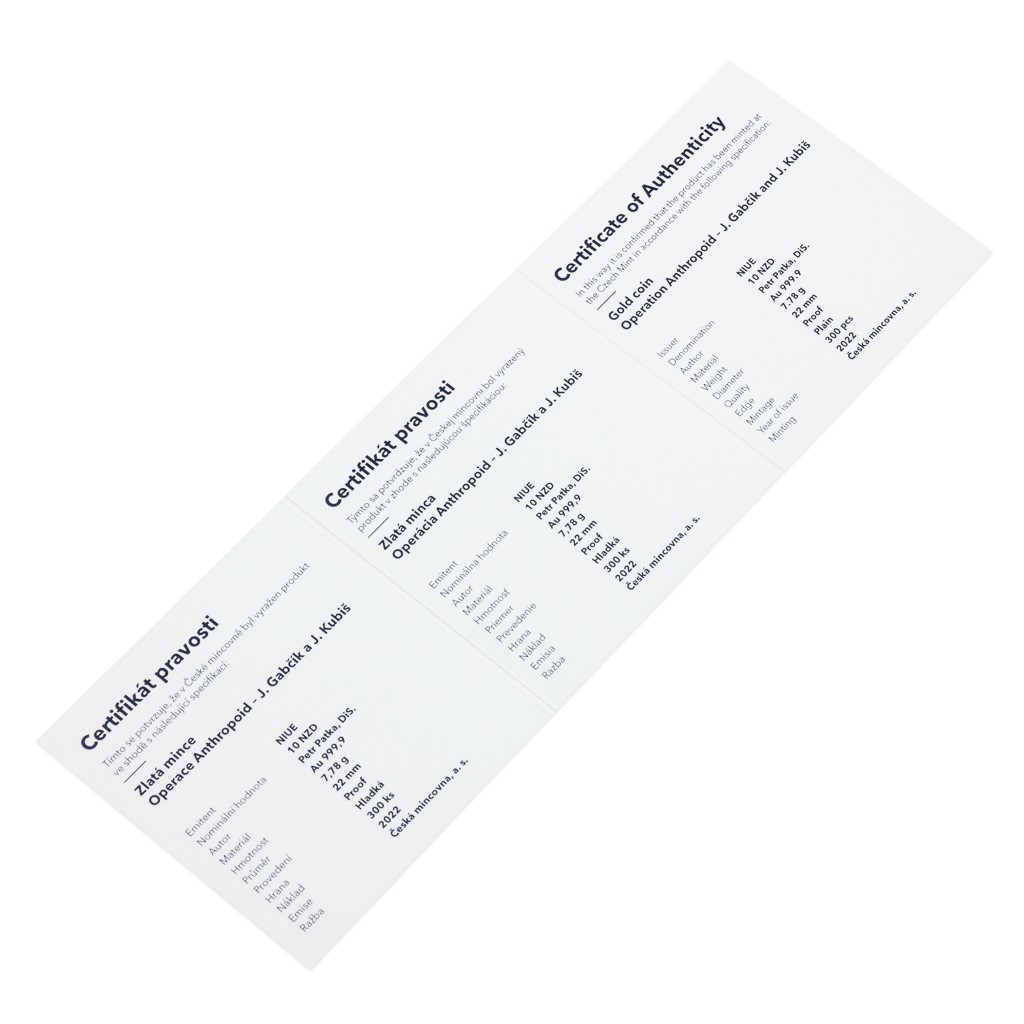 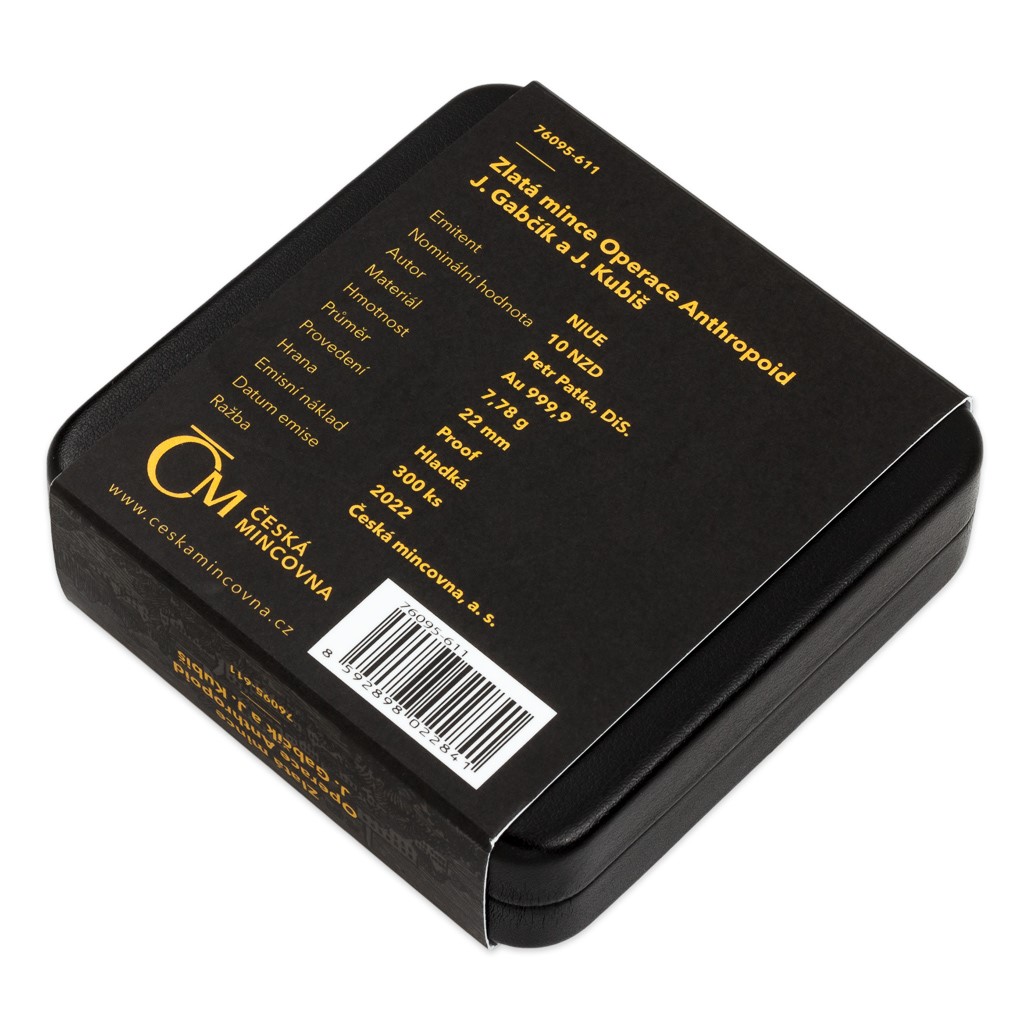 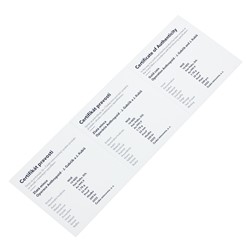 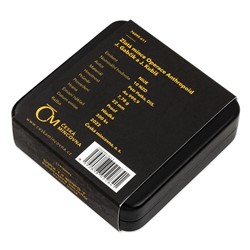