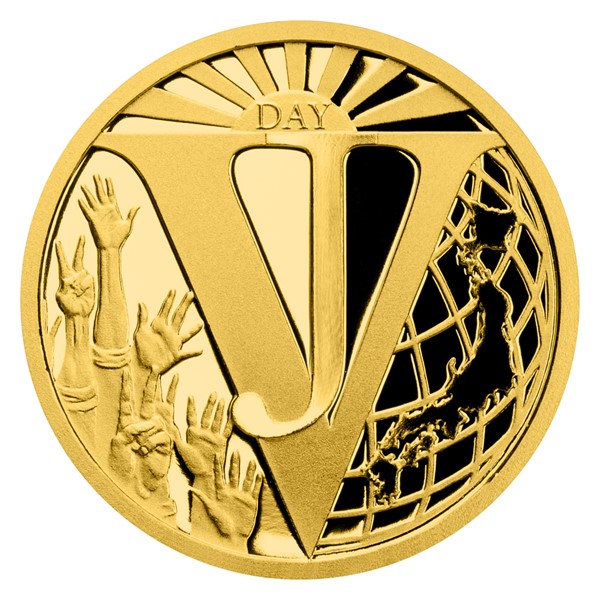 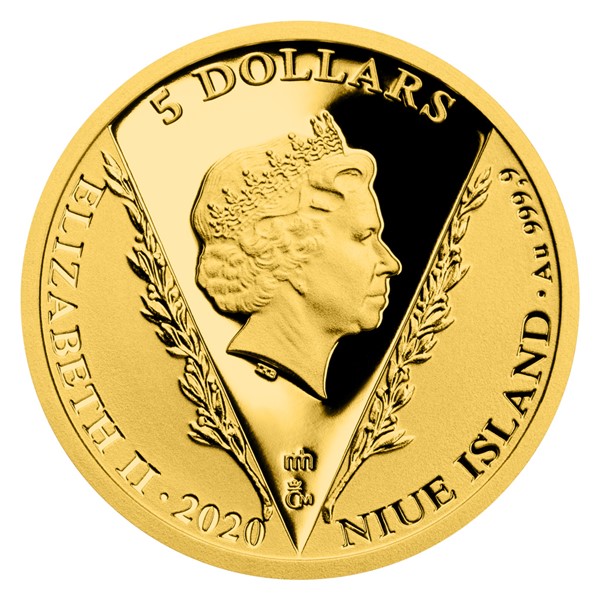 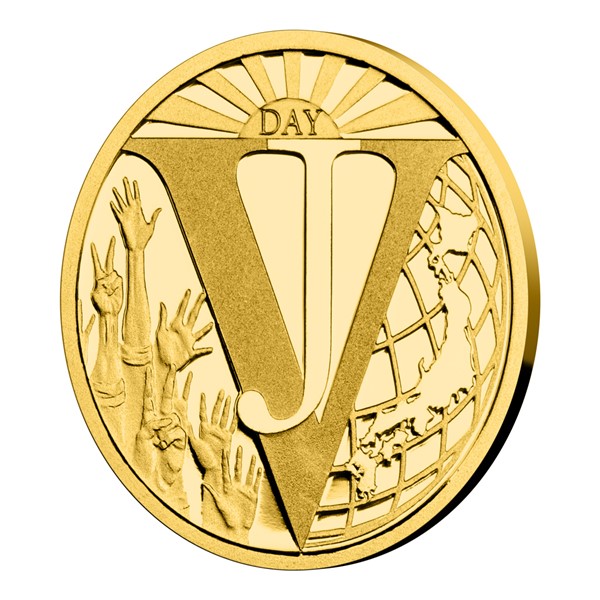 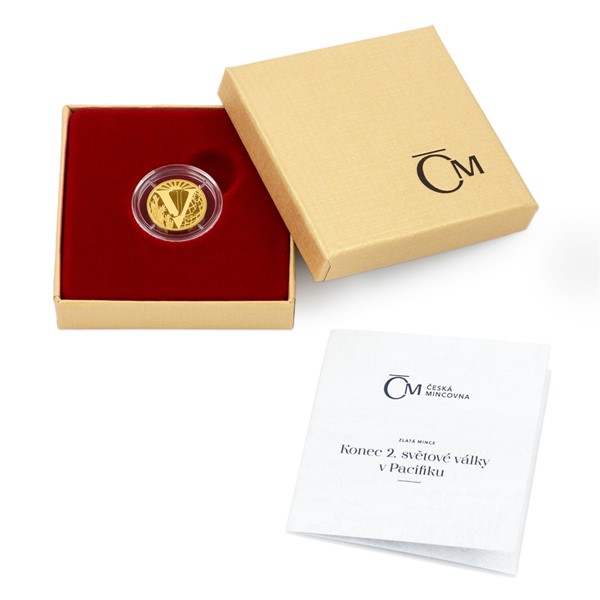 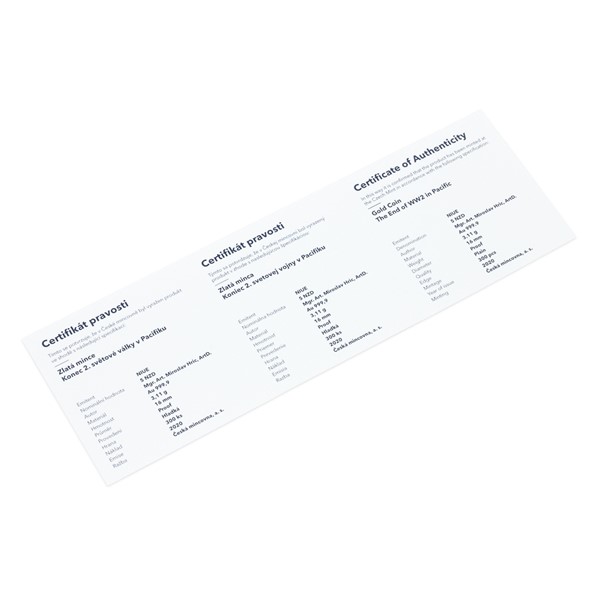 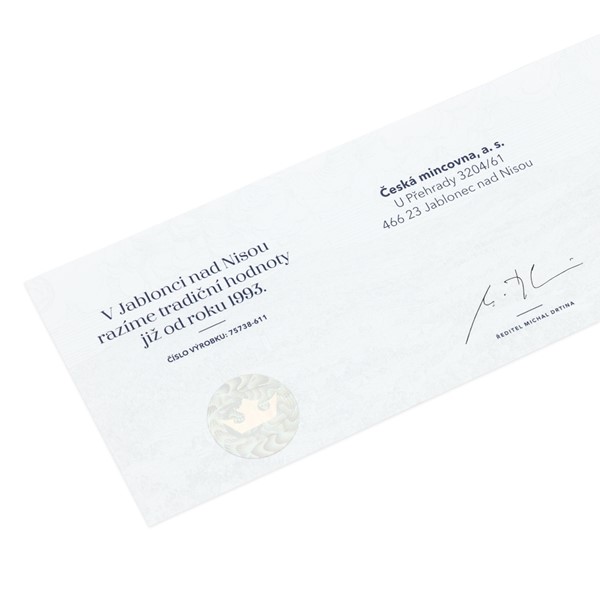 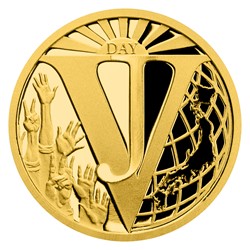 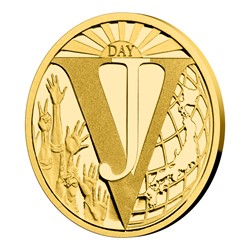 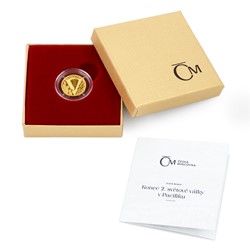 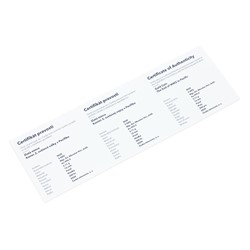 75 years have passed since the end of World War II in 2020. The Czech Mint commemorates the victory in the Pacific by issuance of the second gold coin from the thematic two-part miniseries.

World War II broke out in 1939, but the fighting in Asia began much earlier in 1931, when Japan invaded China. The territorial expansion of the militant empire across the Far East was unstoppable, and it was only a matter of time before it would clash with the interests of another power on the other side of the Pacific. However, Japan did not intend to wait, and launched a crushing pre-emptive strike on the United States base in Pearl Harbor, Hawaii in 1941. Admiral Yamamoto was to say at the time, "I'm afraid we woke up the sleeping giant and forced it to make a terrible decision." He was right - the Americans had organized a massive counter-offensive attack and stood at the gates of the Japanese islands four bloody years later.The U.S. command estimated that it would lose hundreds of thousands of troops in the ensuing invasion, and estimated the number of Japanese casualties at two million. The Japanese were famous for their fanaticism and determination to fight to the last breath. They were not forced to lay down their arms by the massive attack of the Soviet Union, which, , began to liberate occupied China and Korea after the victory over the Third Reich. The Americans therefore decided to draw the trump card - the ultimate weapon in the form of an atomic bomb, which had been developed in complete secrecy for three years. The first and last deployment of nuclear weapons in human history took place on August 6 and 9, 1945 - the cities of Hiroshima and Nagasaki were razed to the ground and a quarter of a million Japanese were killed. The land of the rising sun could not be measured with such power. The unconditional surrender was announced by Emperor Hirohito via radio - it was the first time the nation had heard the voice of its divine ruler. The war was formally ended on September 2, 1945 aboard the battleship Missouri, which was at anchor in Tokyo Bay. However, the last Japanese soldiers surrendered an incredible 30 years later…

The reverse side of the coin, which was processed by Mgr. Art. Miroslav Hrice, ArtD., is dominated by the letters V and J, because the day of victory over Japan is known in the world as V-J DAY. The composition is supplemented with the raised hands of celebrating people, whose fingers form a characteristic gesture - the winning V-sign. Moreover, on the reverse side you will find the rising sun and a map of Japan. The letter V as a victory also evokes the arrangement of the obverse side. As it is a coin issued with a foreign license of the island of Niue, the obverse side bears the necessary elements of this issuer - the name and the portrait of Queen Elizabeth II, a nominal value of 5 DOLLARS and the year of issue 2020.

Don't forget that coins that commemorate the end of the war in Europe and Asia can be stored in a stylish collector's box. 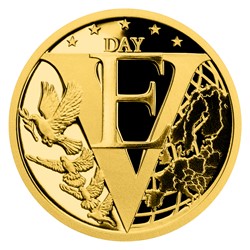 Add to cart
Gold coin The End of WW2 in Europe proof
In stock Emise 300 pcs
7,750 CZK
exempt from VAT 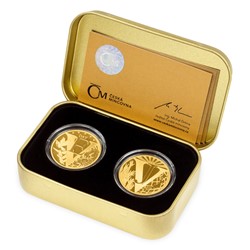 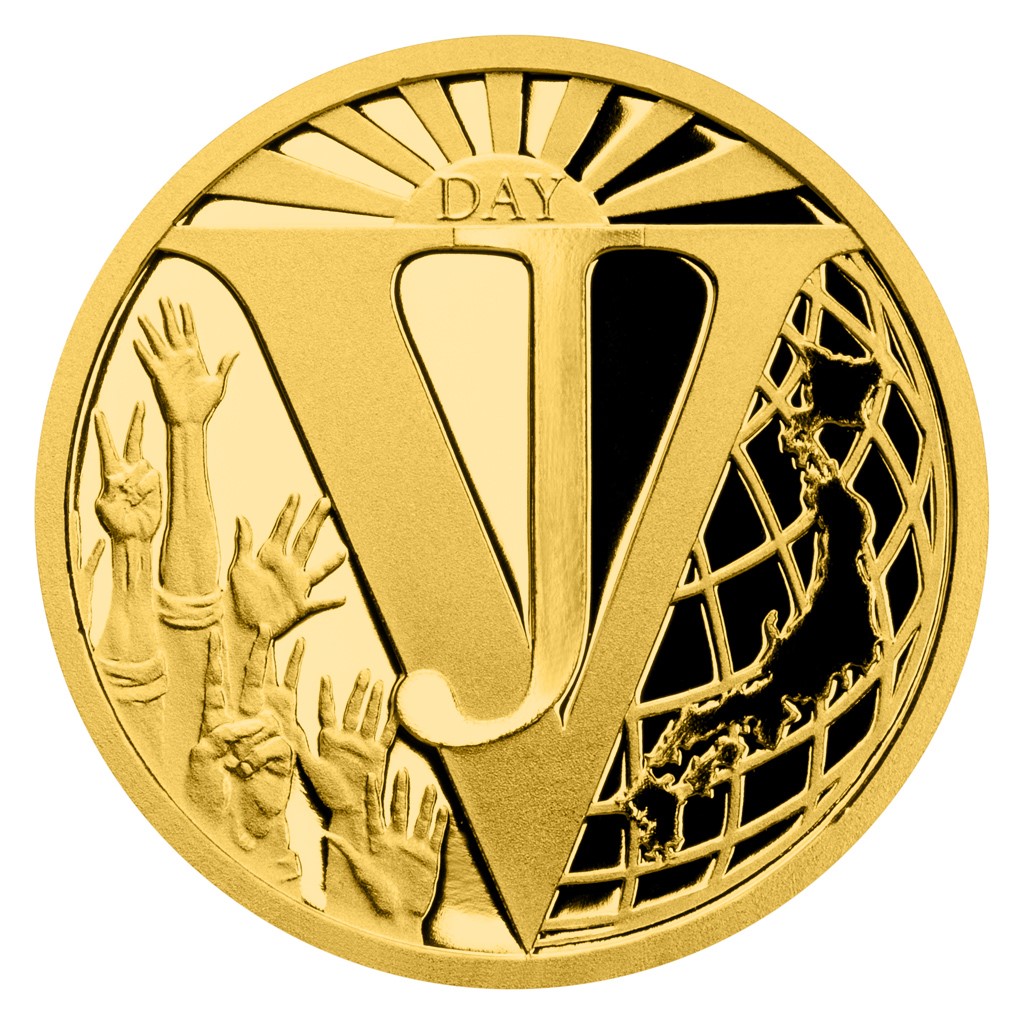 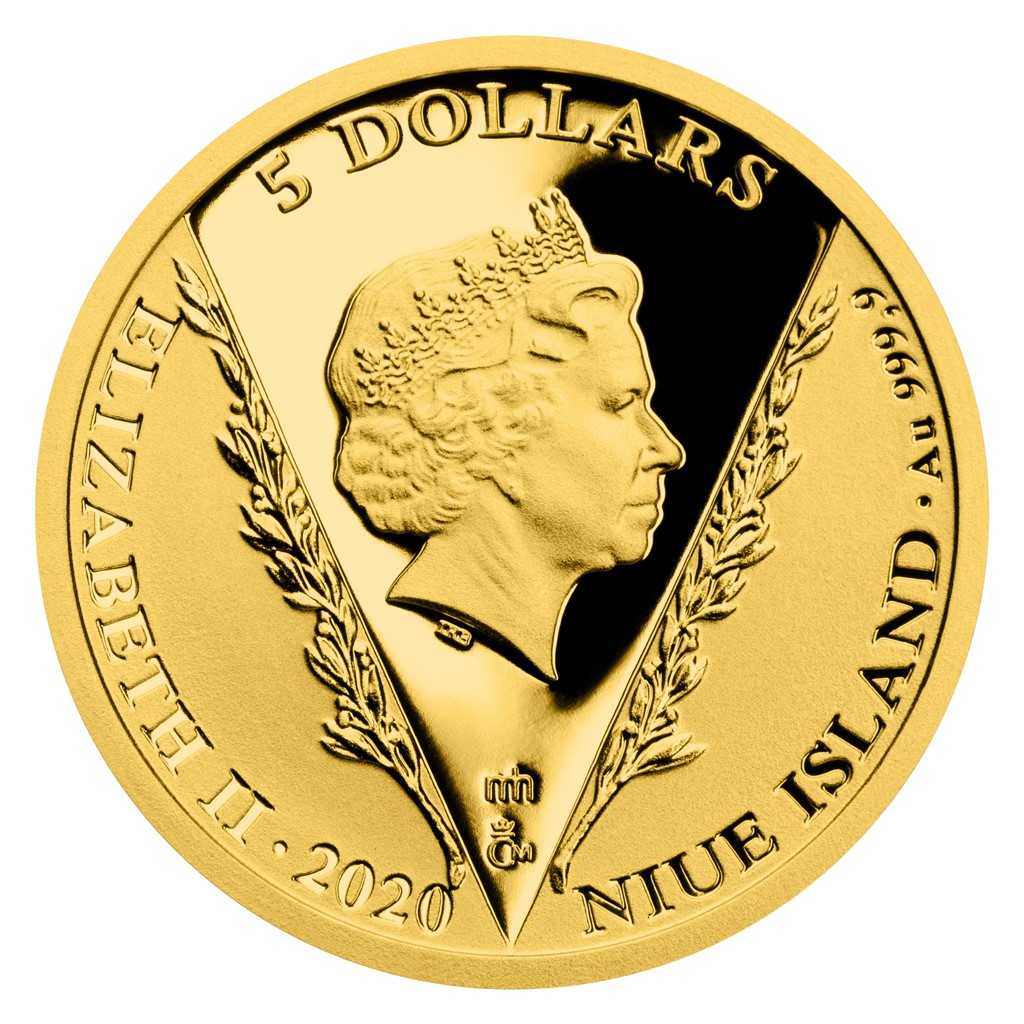 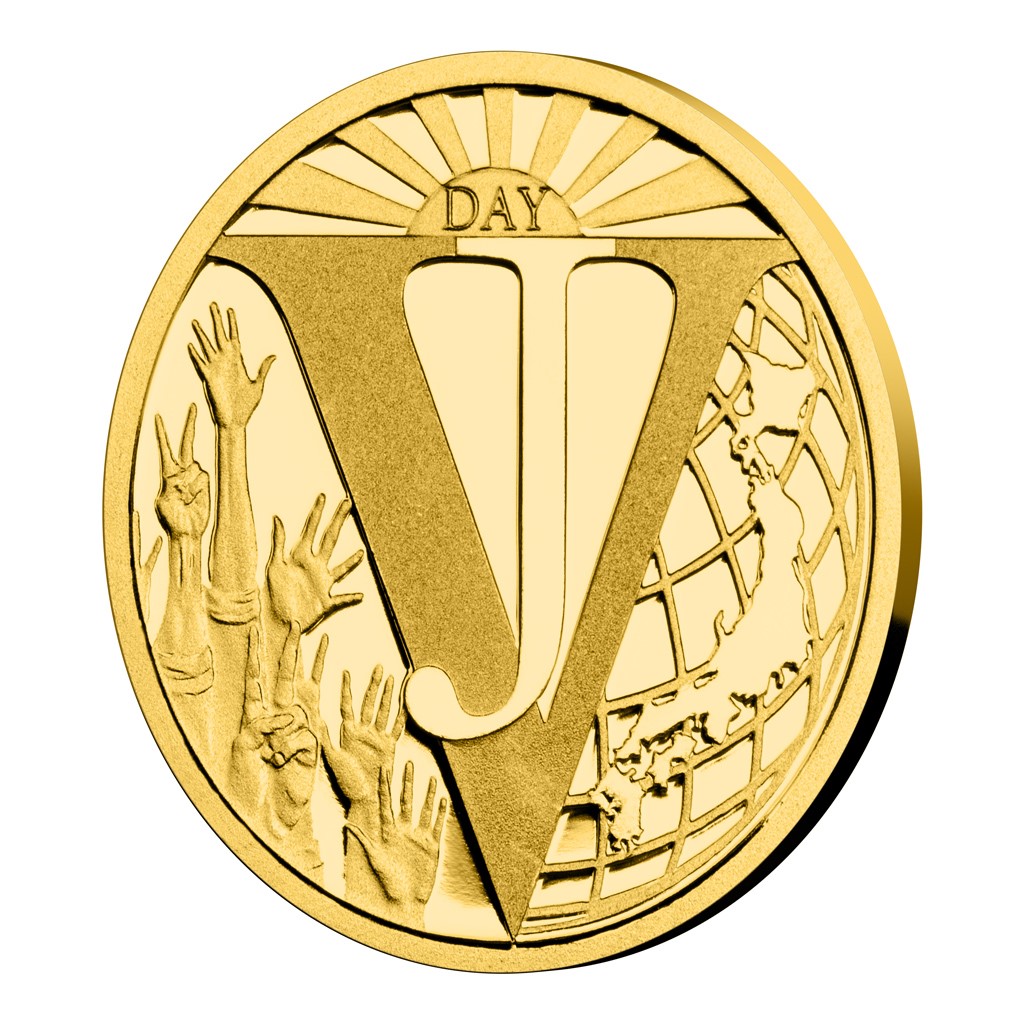 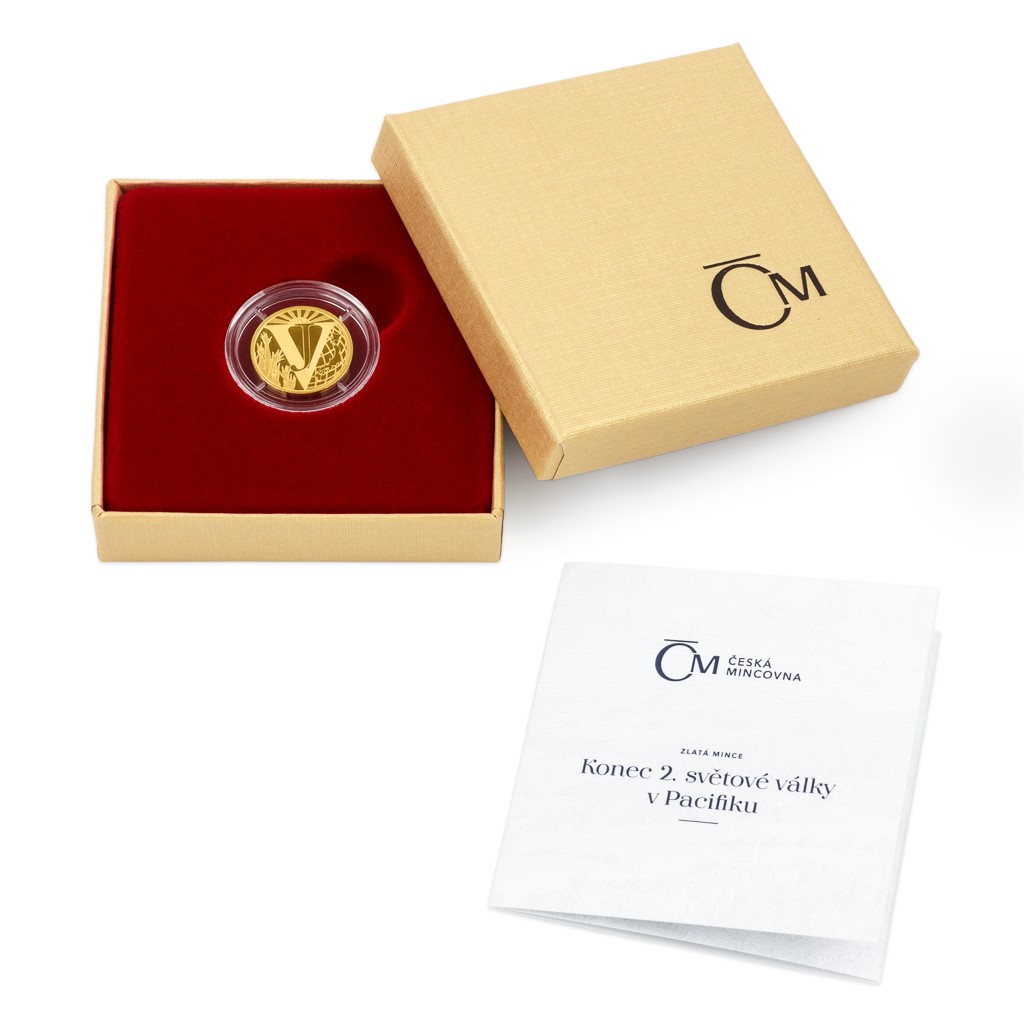 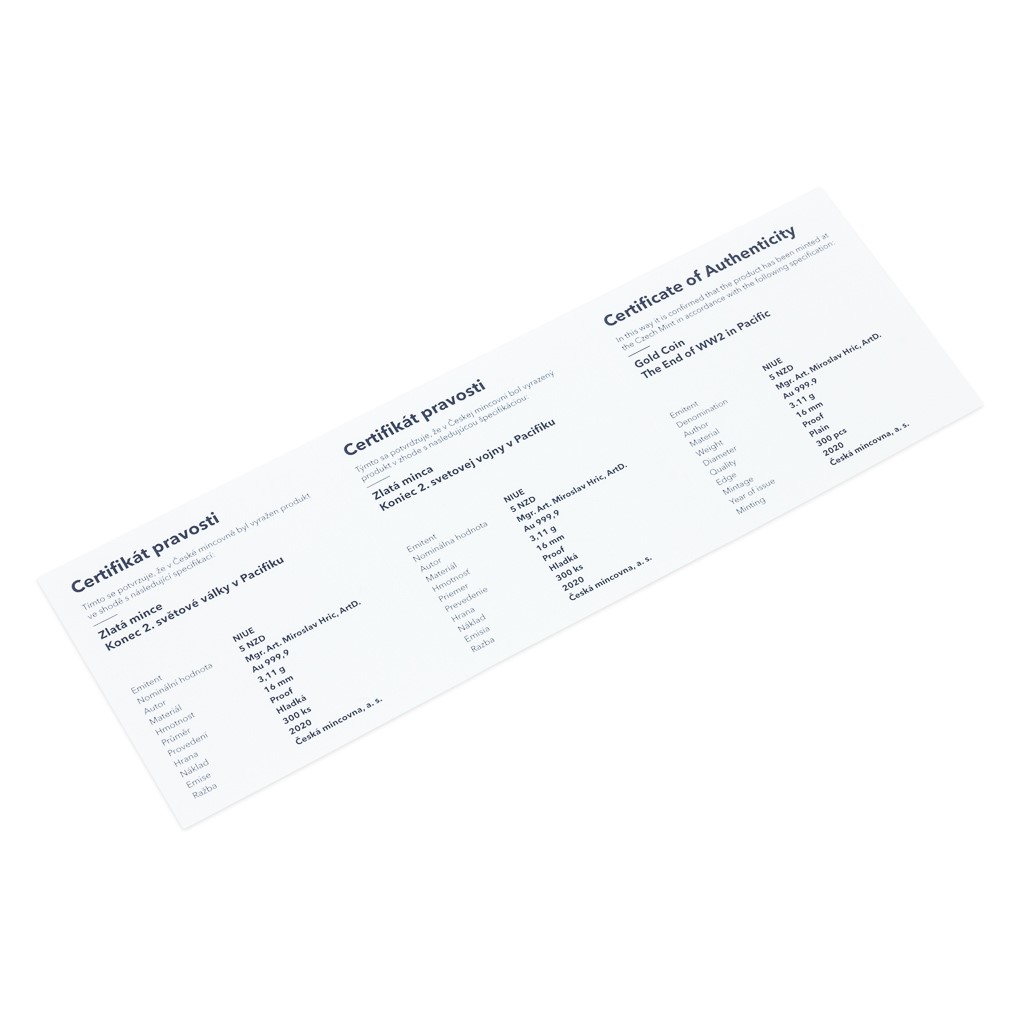 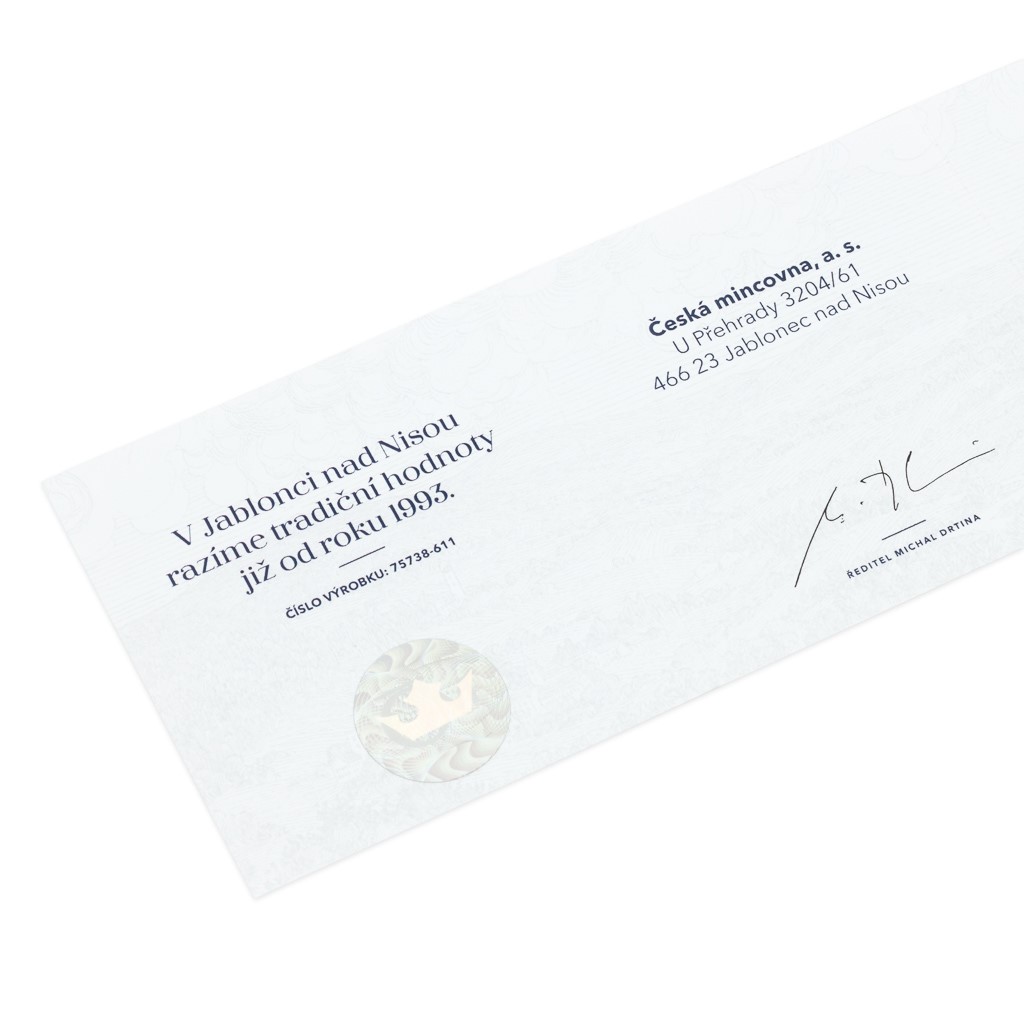 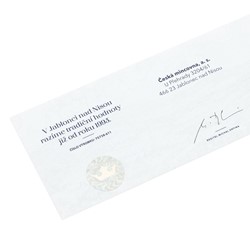