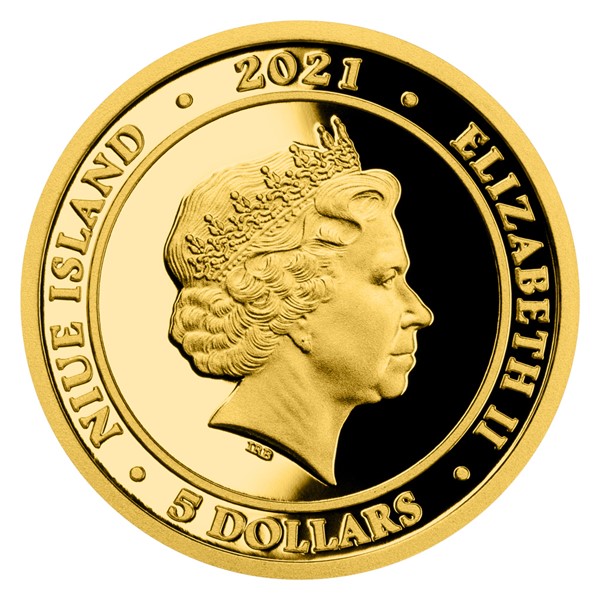 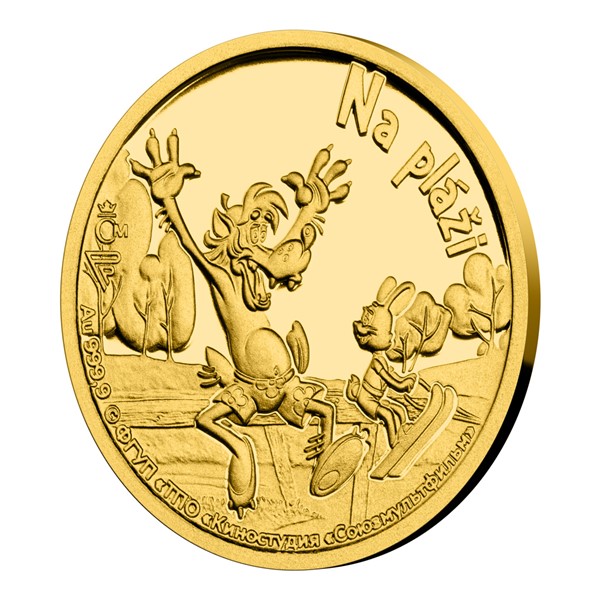 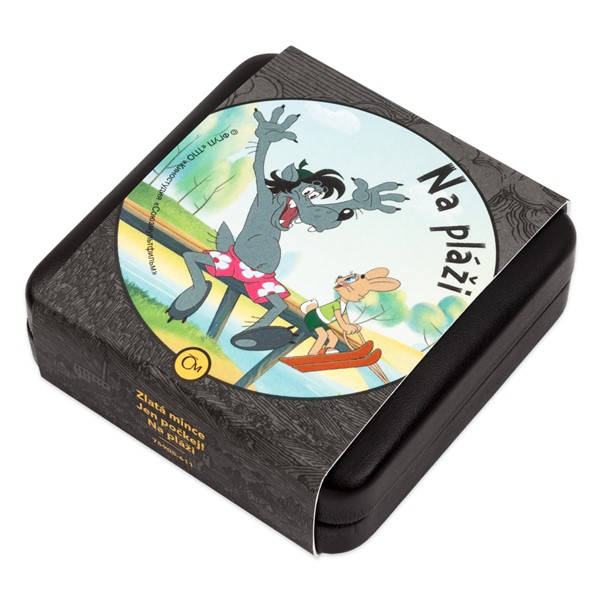 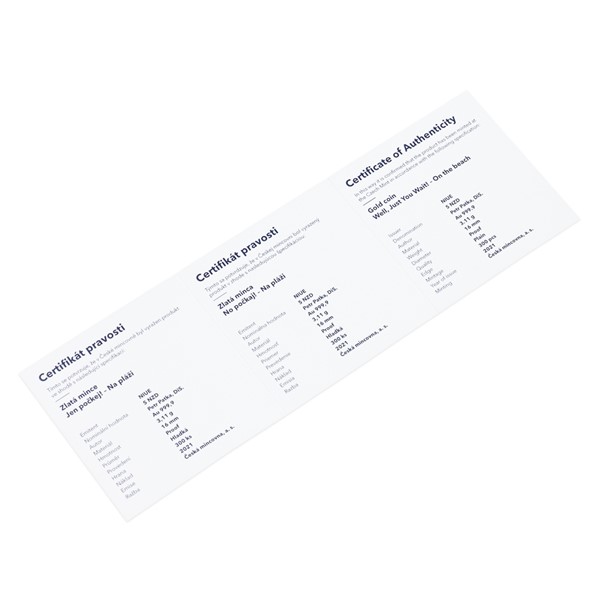 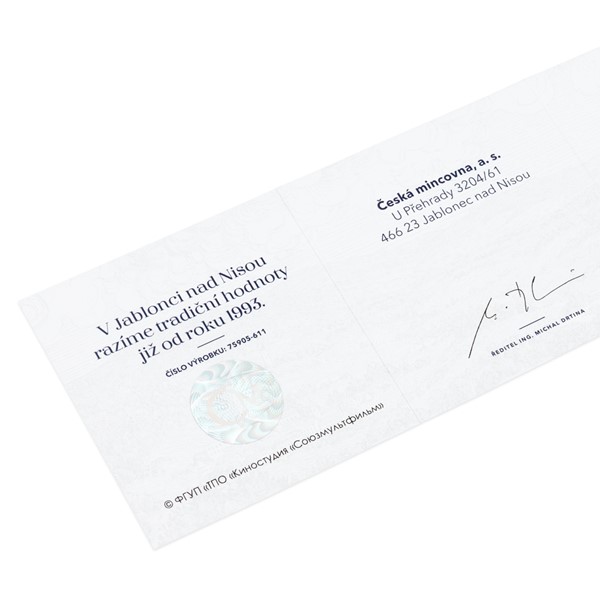 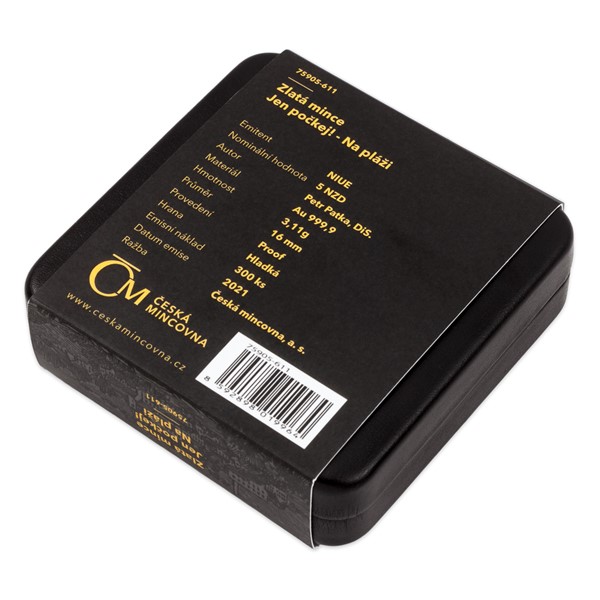 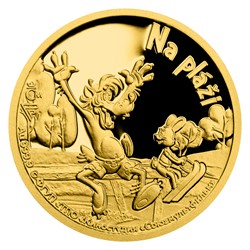 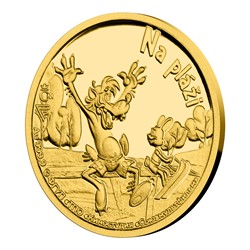 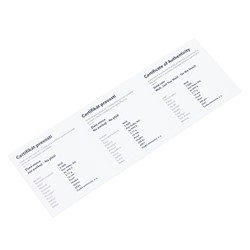 The motif of the final gold coin of the Czech Mint's five-part miniseries, which is inspired by the immortal Soviet grotesque Well, Just You Wait!, is an episode entitled On the Beach.

The animated story of a wolf trying in vain to catch a hare has many fathers. The original scenario, written by humorists Alexander Kurlyandsky, Arkady Chait and Felix Kamov, was taken up by artist Svetozar Rusakov and director Vyacheslav Kotenochkin, who made it an unexpected hit. The success of the grotesque, which was set on a sunny beach, far exceeded the creators' expectations, and the short film eventually became a full series... It is a little-known fact, however, that even before that, a zero pilot episode was made, directed by Gennady Sokolsky. This film is only two minutes long, and the two animal heroes in it look completely different from what we are used to. But otherwise, everything is as it should be - the wolf is a choleric loser, the hare is a lovable sucker, and there's even the immortal threat: "Well, just you wait!"

On the reverse side of the officially licensed coin, which is the work of medal maker Petr Patka, DiS., you will find animated characters on the pier. A wolf tries in vain to catch a hare that is about to escape on water skis. The text NA PLÁŽI (ON THE BEACH) completes the composition. As the coins of the Czech Mint are issued with the foreign licence of the island of Niue, the obverse sides bear the name and portrait of Queen Elizabeth II, the nominal value of 5 DOLLARS (NZD) and the year of issue 2021.

Remember that the first wolf coin included a special collector's album where you can store your complete collection of five coins. 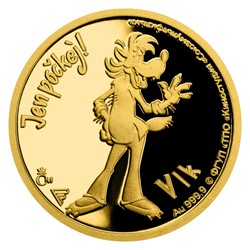 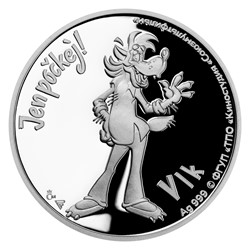 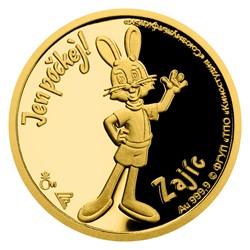 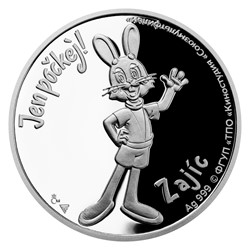 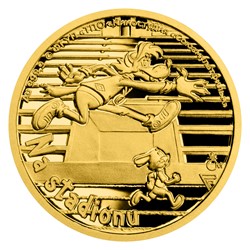 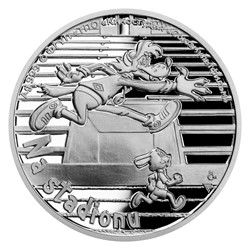 Add to cart
Silver coin Well, Just You Wait! - At the stadium proof
In stock Emise 600 pcs
1,190 CZK
including VAT 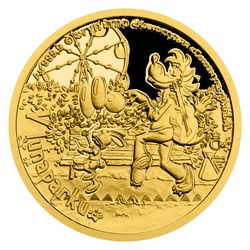 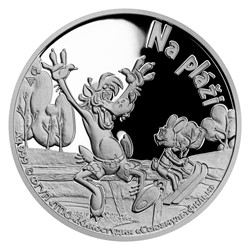 Add to cart
Silver coin Well, Just You Wait! - On the beach proof
In stock Emise 600 pcs
1,190 CZK
including VAT 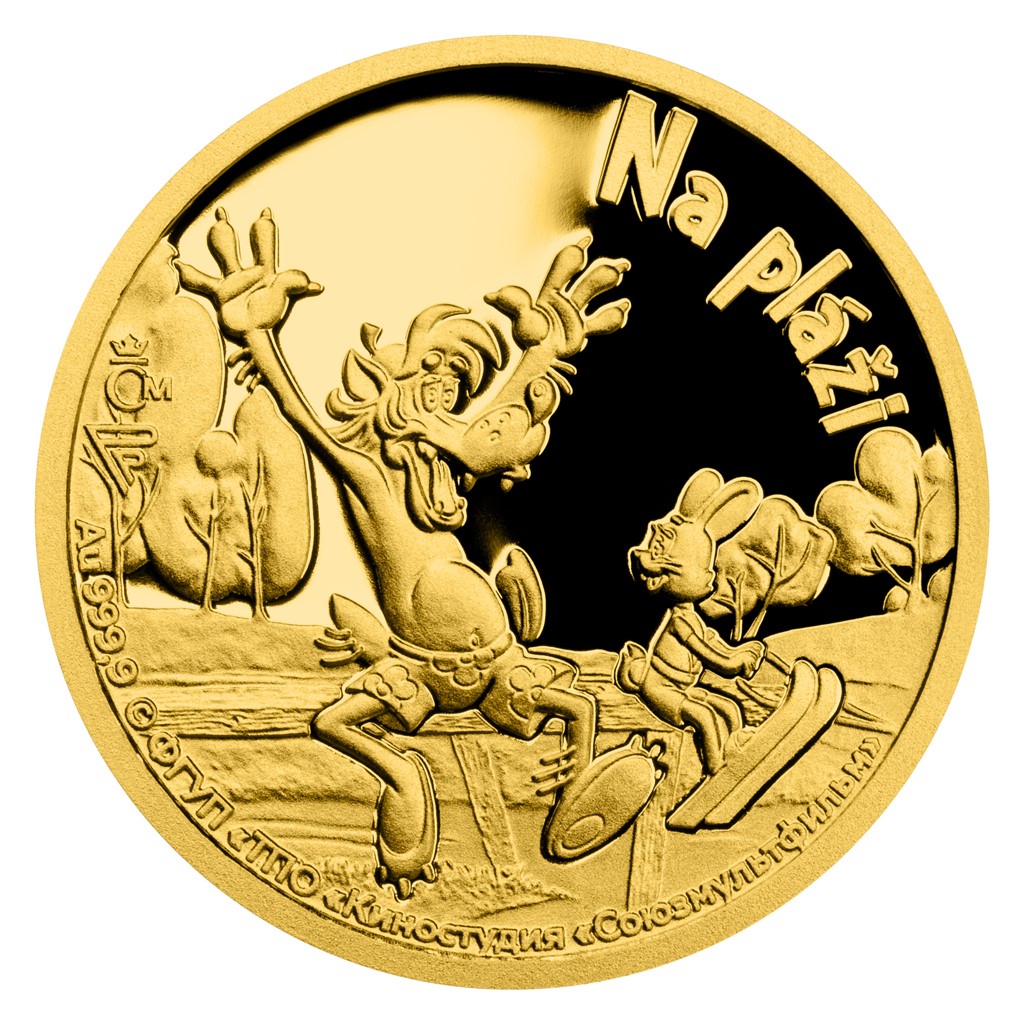 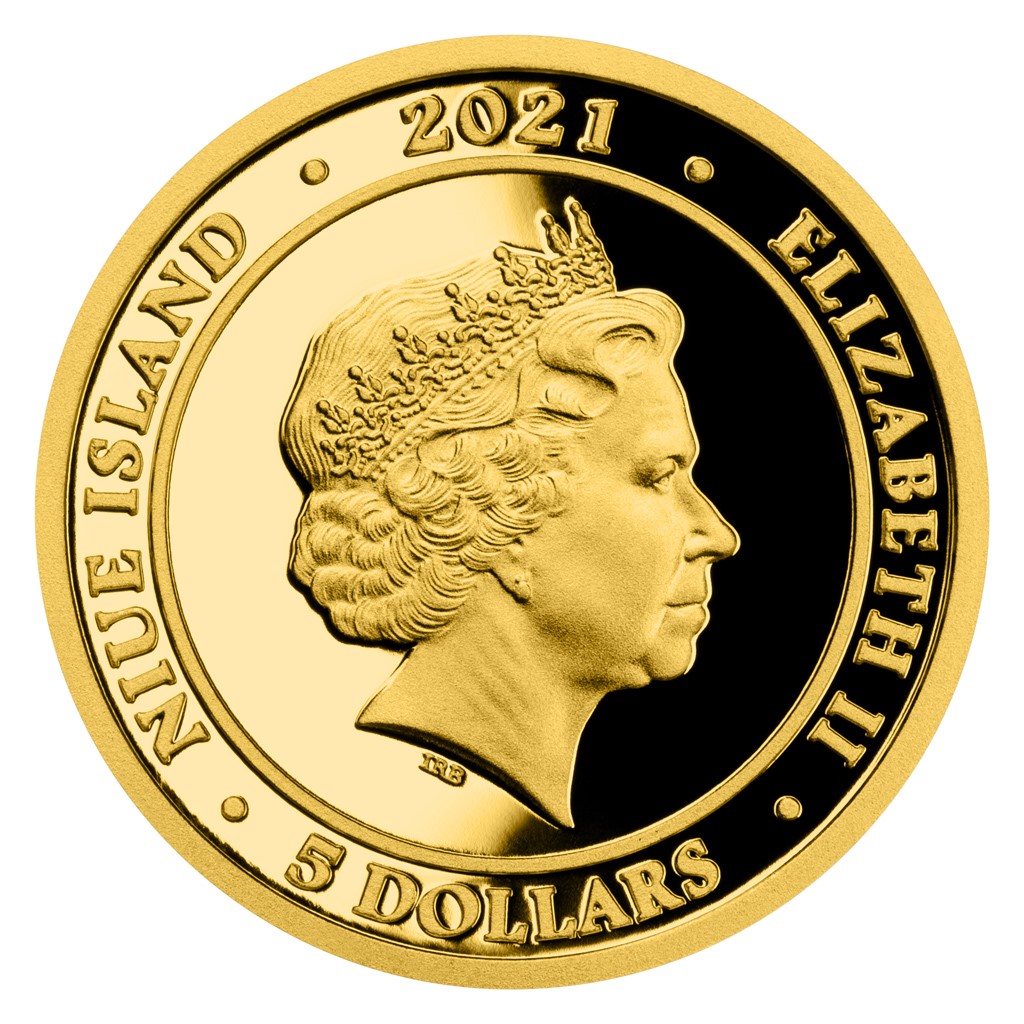 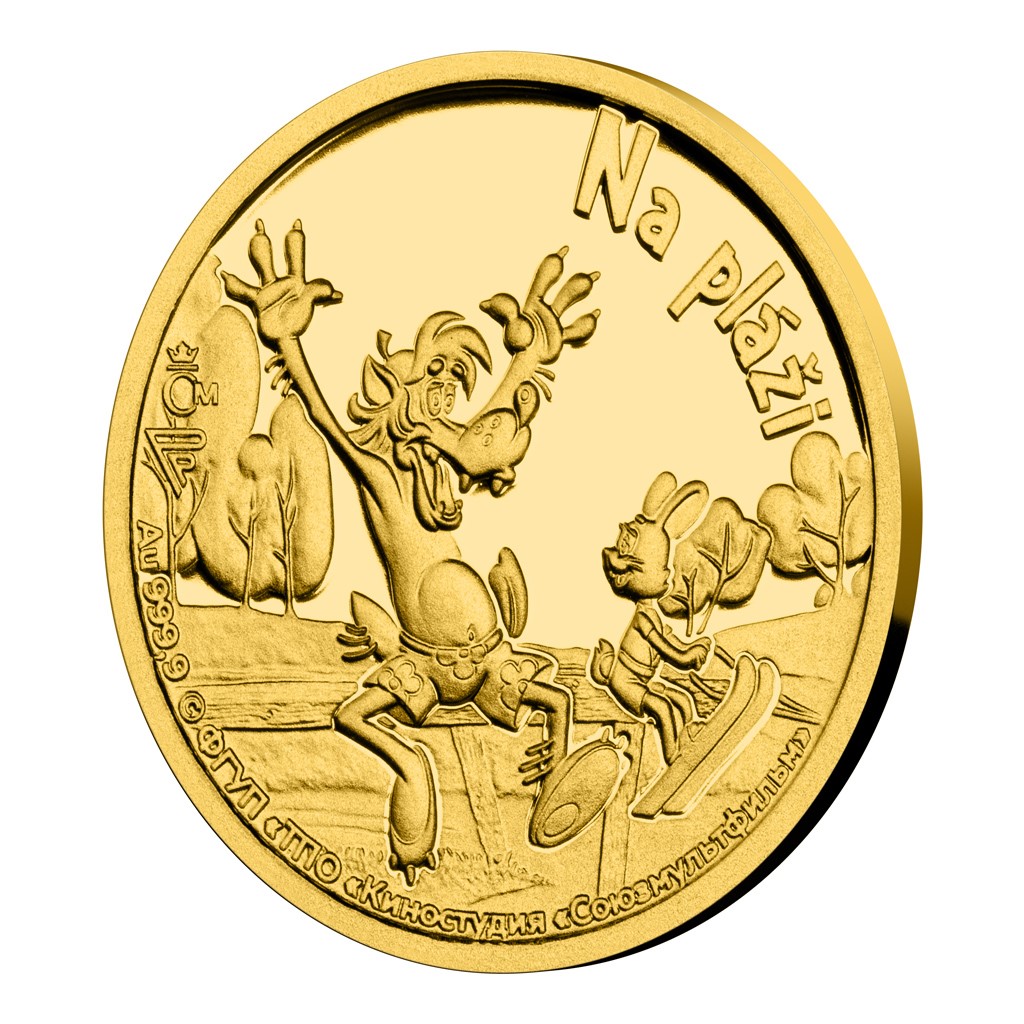 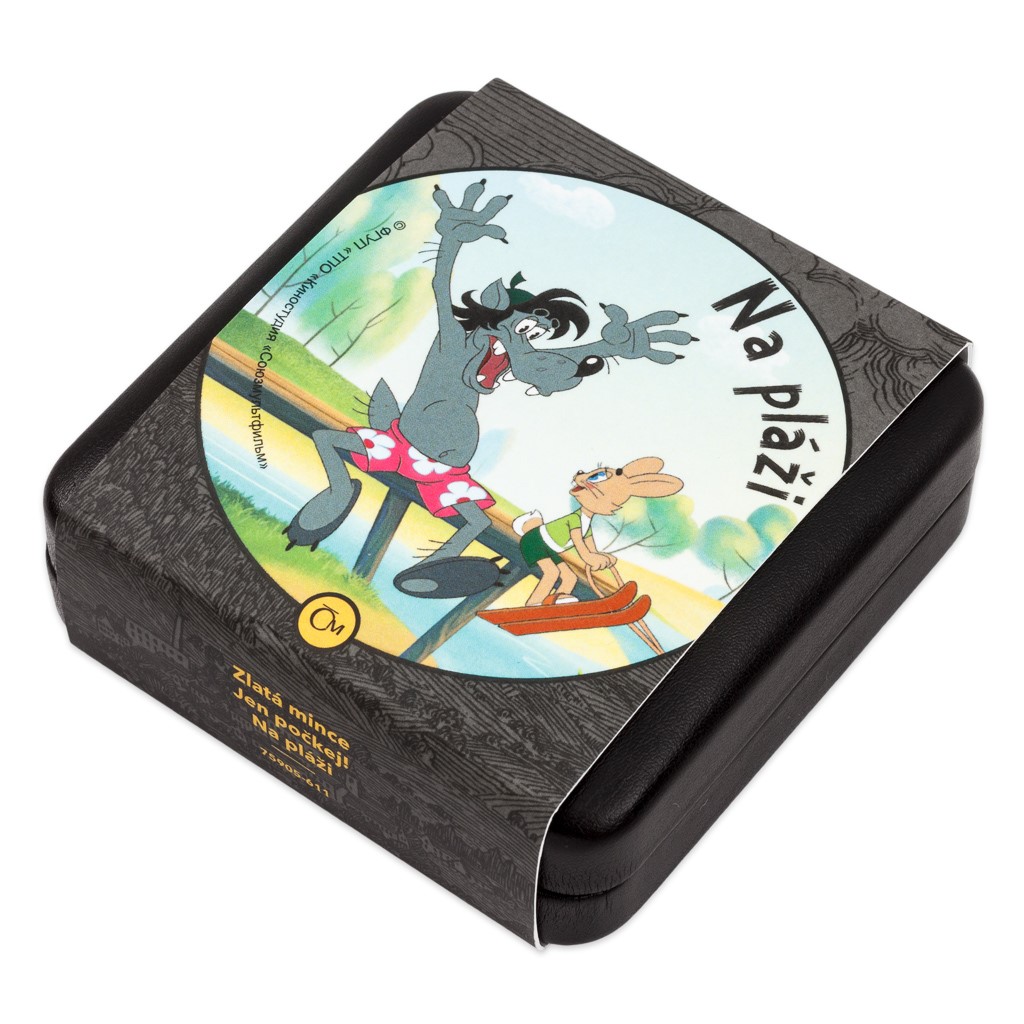 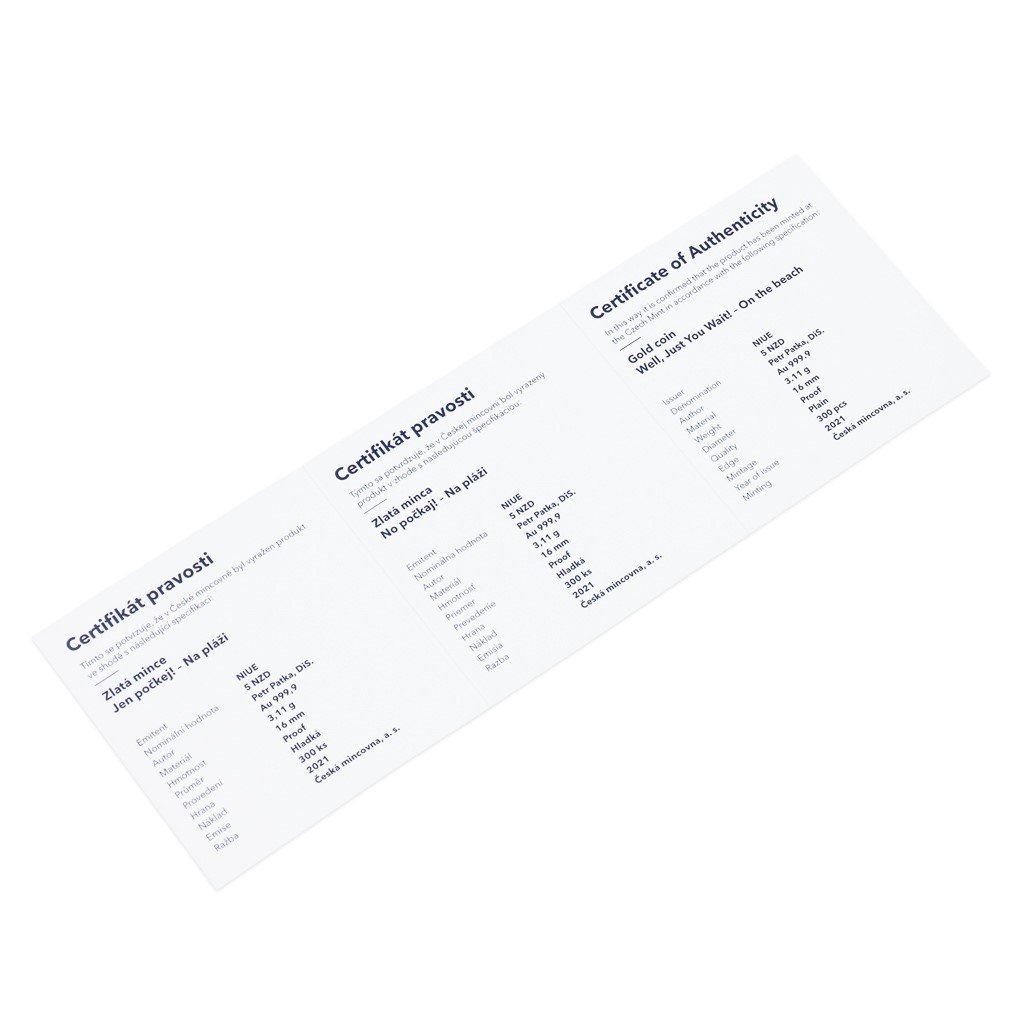 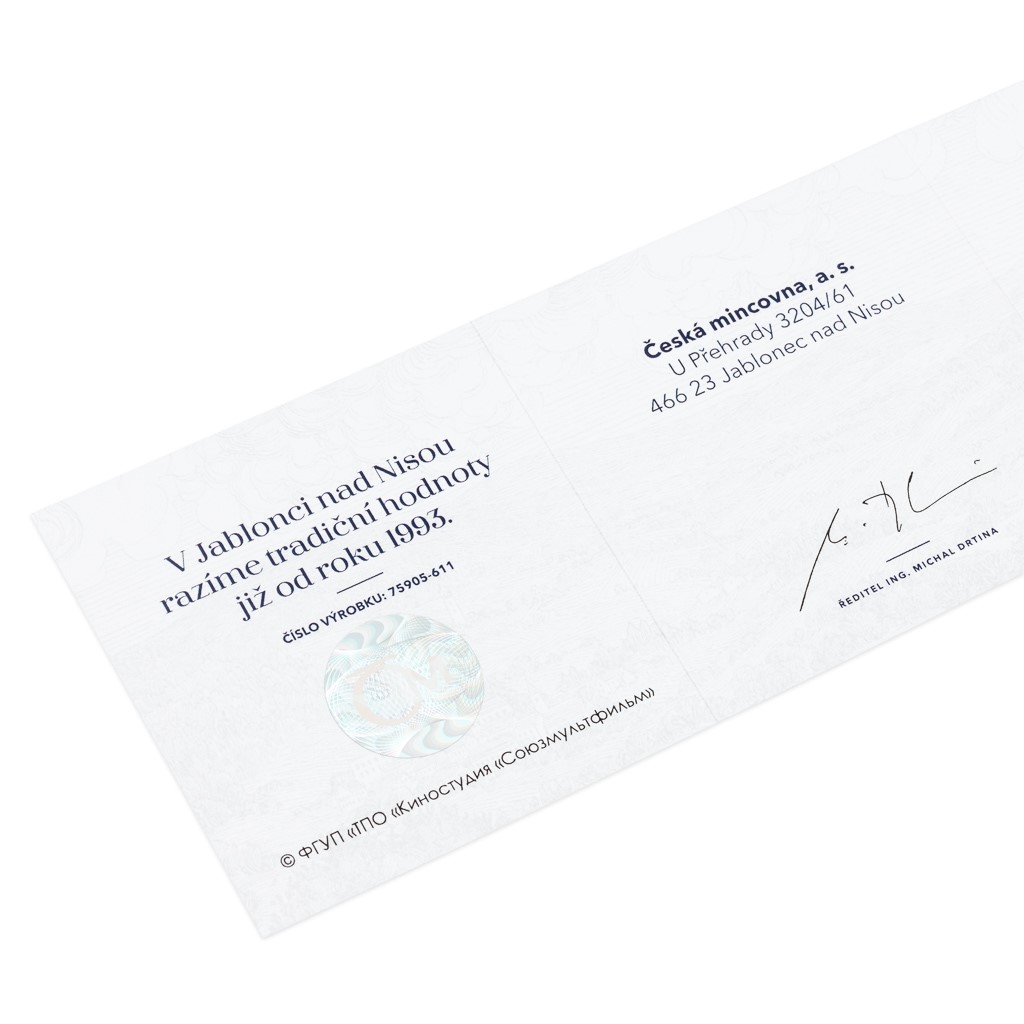 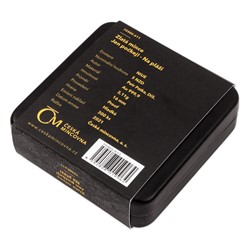