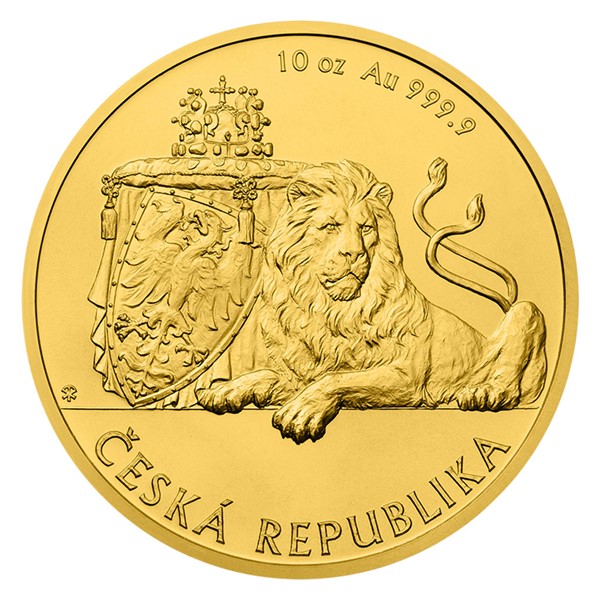 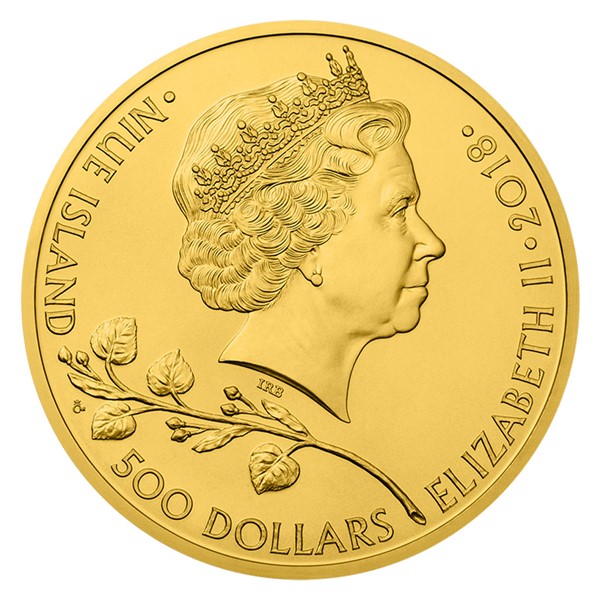 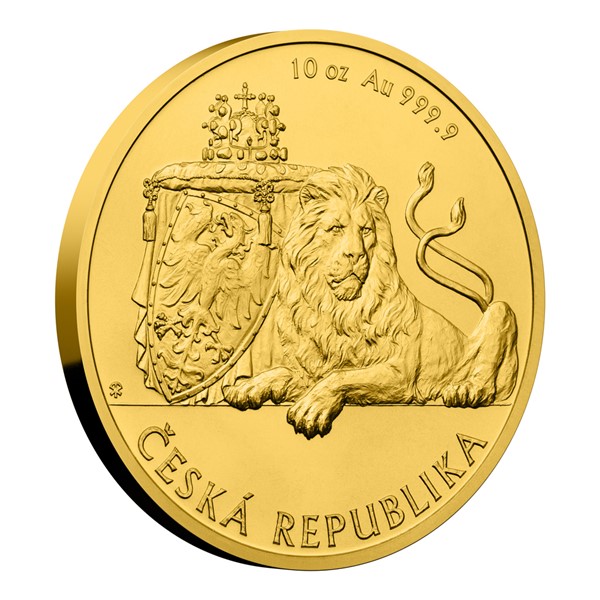 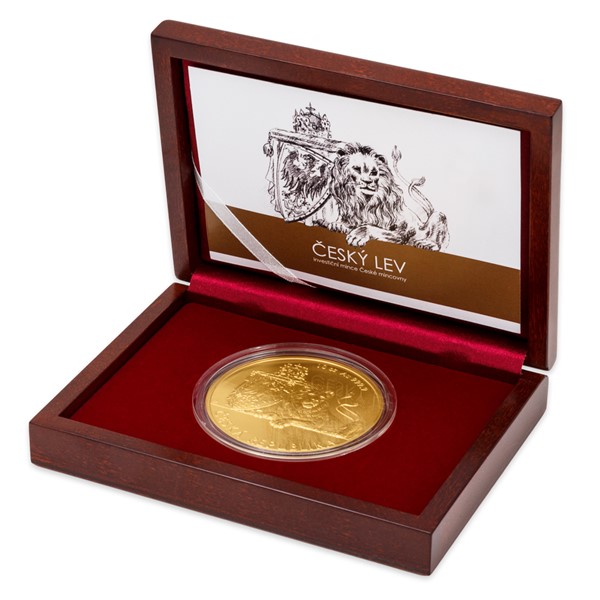 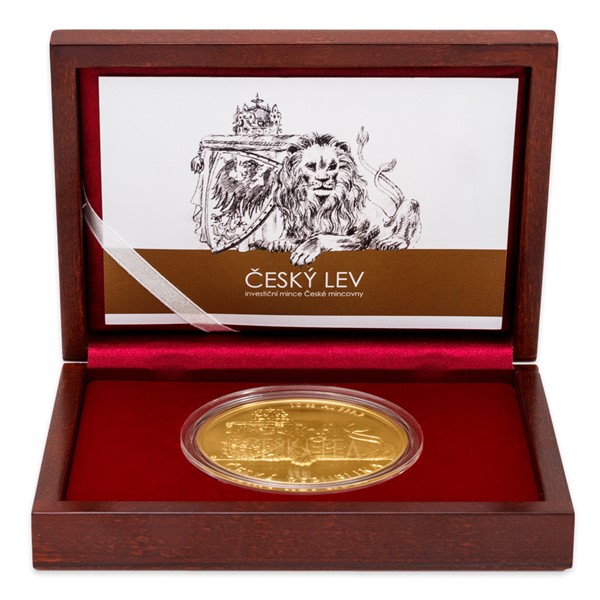 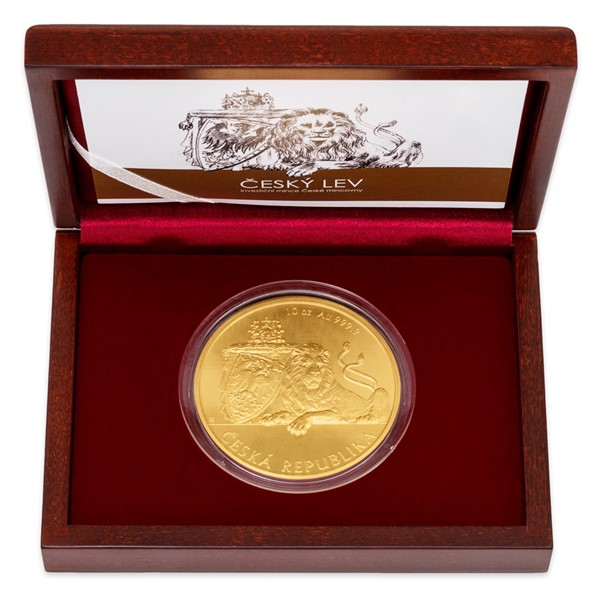 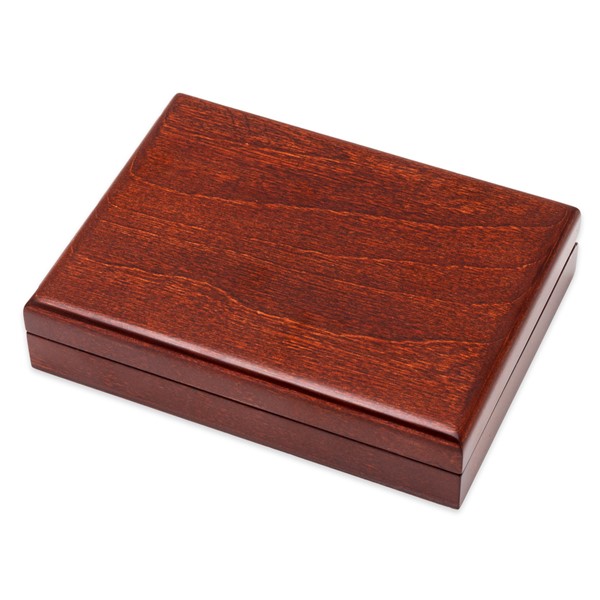 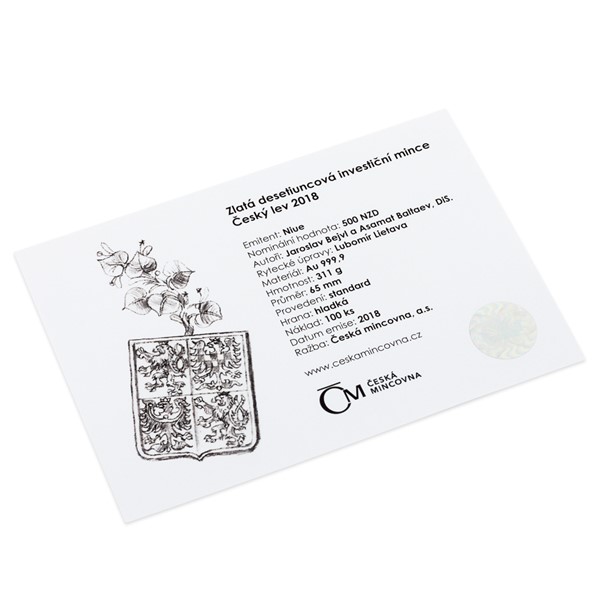 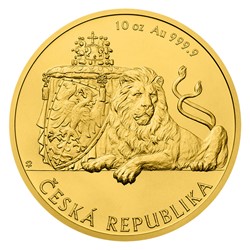 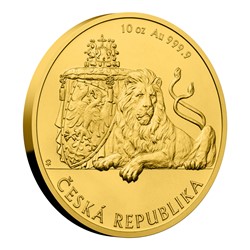 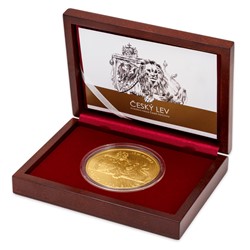 Coins minted in gold are not only the privilege of collectors and numismatics. Smarter investors know that such mintages will enrich their portfolio, and many world banks therefore issue investment coins. The Czech Republic does not have such a coin yet, and so the Czech Mint comes with the "Czech Lion", which is a series of coins issued in a foreign license.

When you ask Czechs what our heraldic animals are, they will surely answer the Czech lion, the Moravian eagle and the Silesian eagle. However, just few of them suspect that the oldest Czech heraldic emblem is the so-called St. Wenceslas or flaming eagle, a right-headed black predator with gold talons and a beak (or armor) covered with red flames and set in a silver shield. The inspiration for the noble eagle was probably the Roman emperor's coat of arms that appeared before an atypical and exotic lion became a symbol for Central Europe. At first the flaming eagle was a sign of the Přemyslid family. The prince Bretislav I used it and it is no wonder it became a sign of the Czech principality later of the Kingdom from the end of the 12th century. This changed, however, by the decision of Emperor Frederick I. Barbarossa, who, as a reward for bravery, promoted Vladislav II. to the King and allowed to substitute "the black eagle, which has decorated the shield of the Czech principality, for a one-tail lion."

St. Wenceslas eagle on the riveted shield together with the St. Wenceslas crown on the pillow is the motif of the reverse side of this mintage. The dominant feature is the non-traditional Czech two-tailed lion, guarding both artifacts. The design is work of the leading medal maker Jaroslav Bejvl, who left us forever at the age of 75, and did not finish his work. Asamat Baltaev, DiS. continued. It is an investment coin of the Czech Mint, which is based on the foreign license of the island of Niue. So the obverse side includes the following attributes - the portrait and name of Queen Elizabeth II, the year of the issue 2018 and the nominal value of 500 DOLLARS (NZD).

Turn your finances into 10 Troy ounces of pure gold - sophisticated and without VAT.
What makes the Czech Lion coin exceptional?
More Less 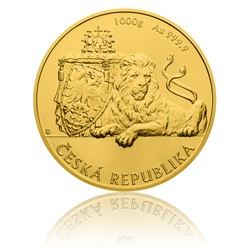 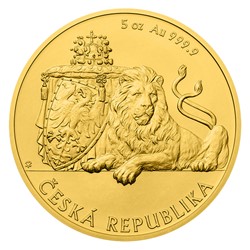 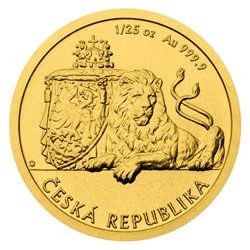 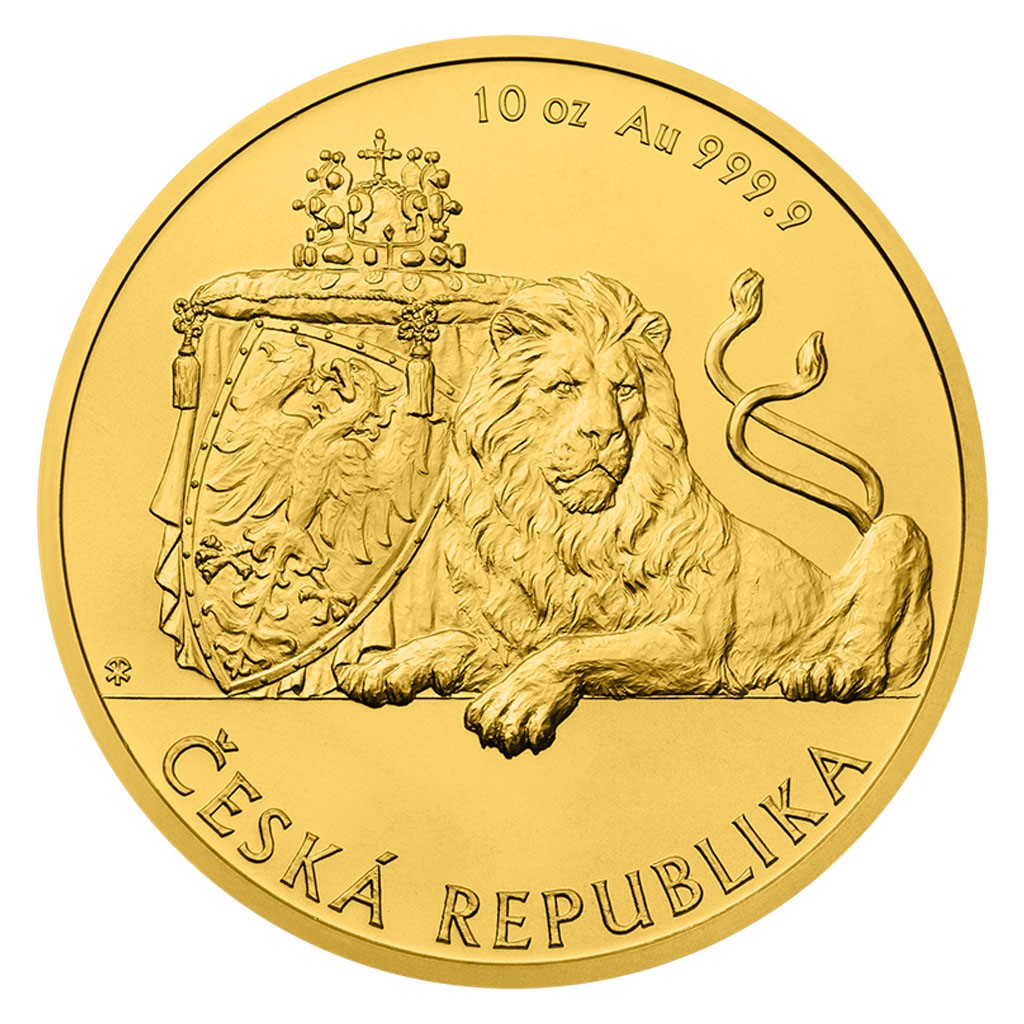 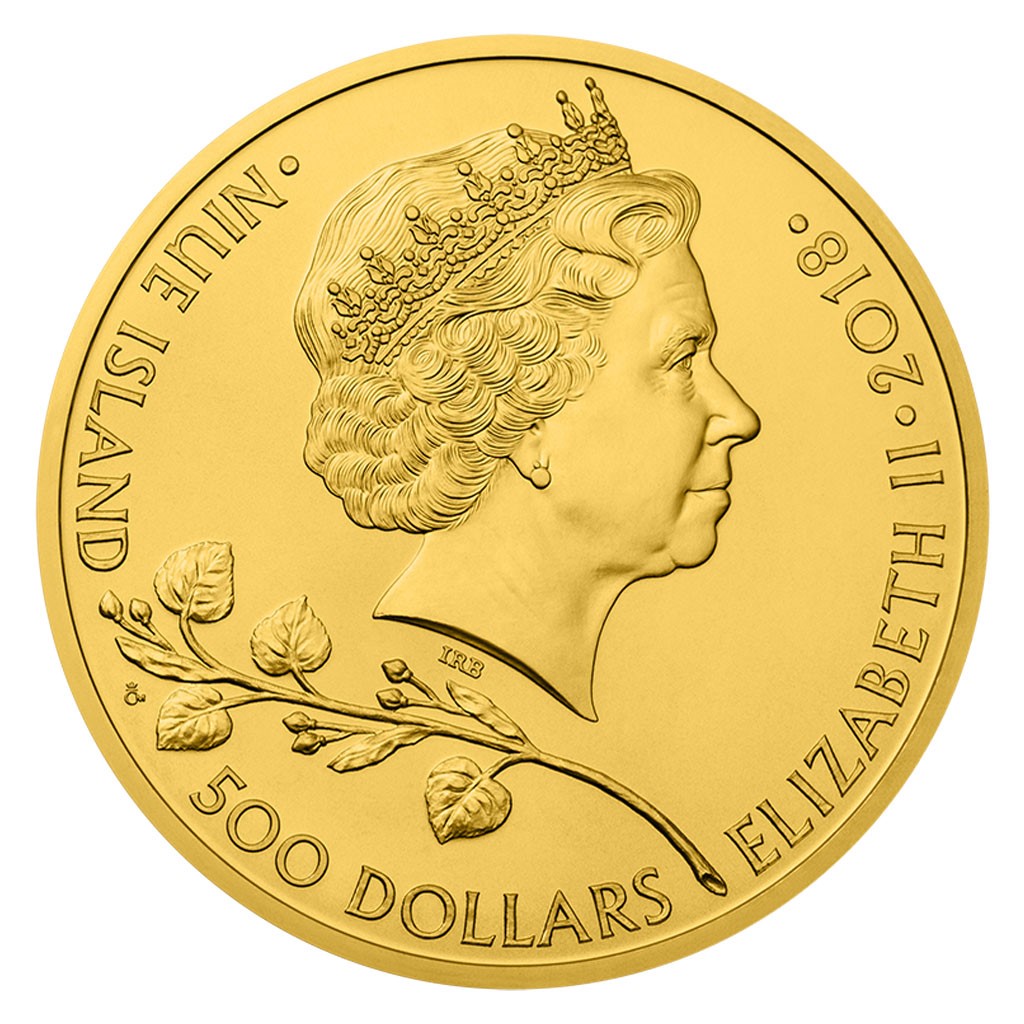 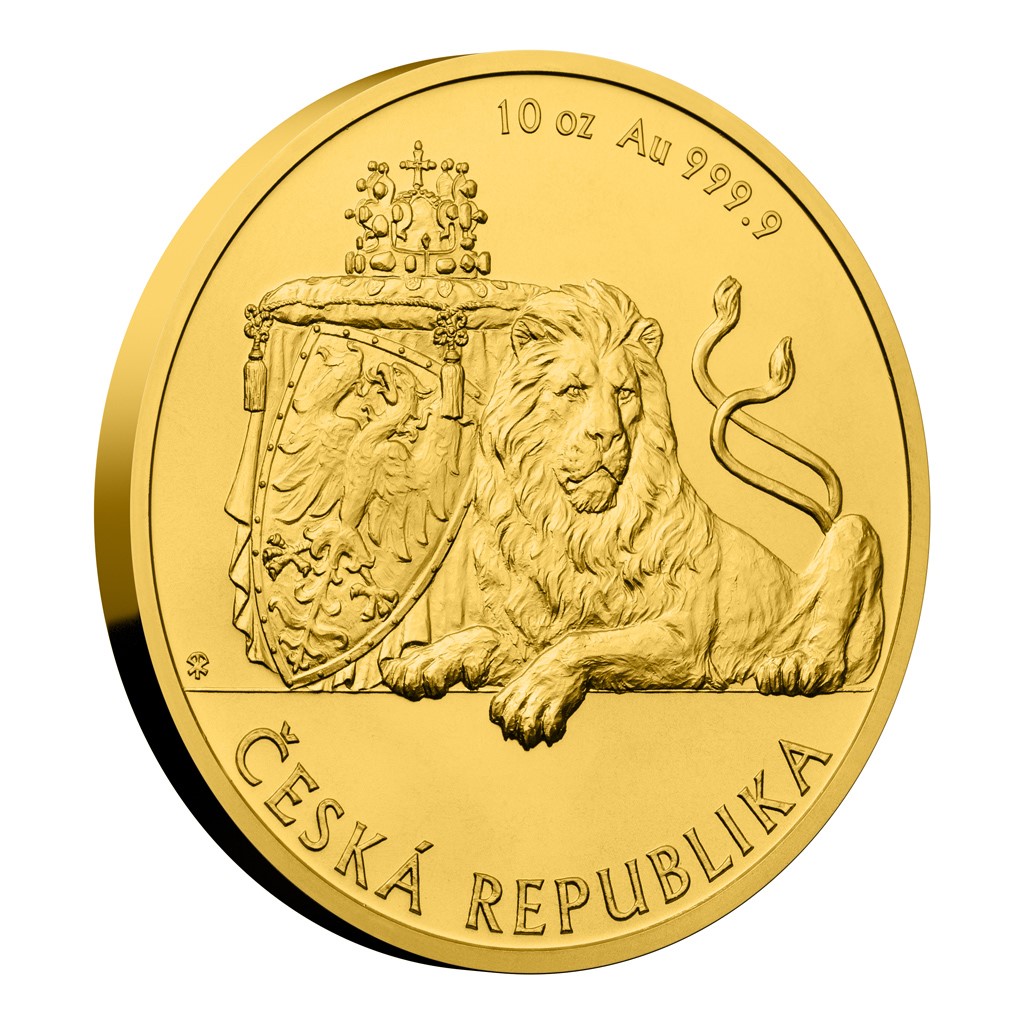 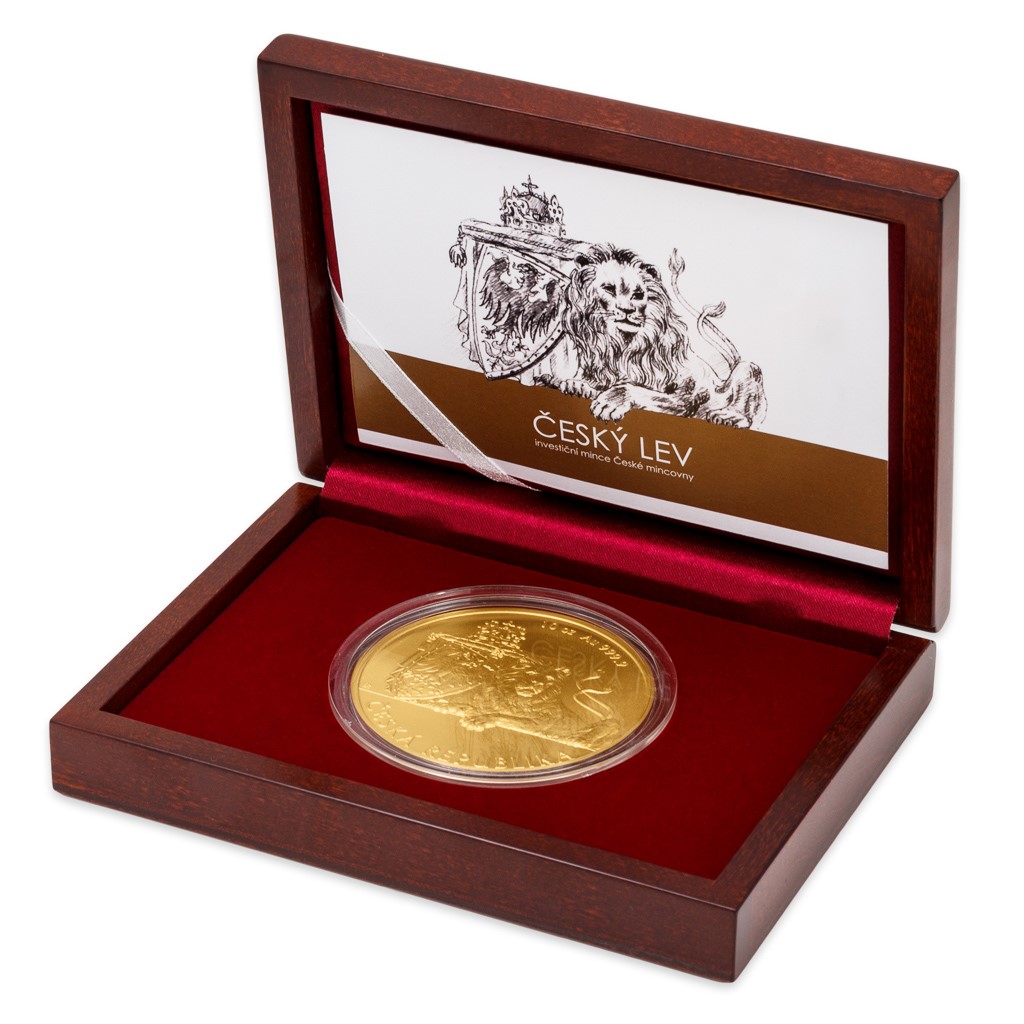 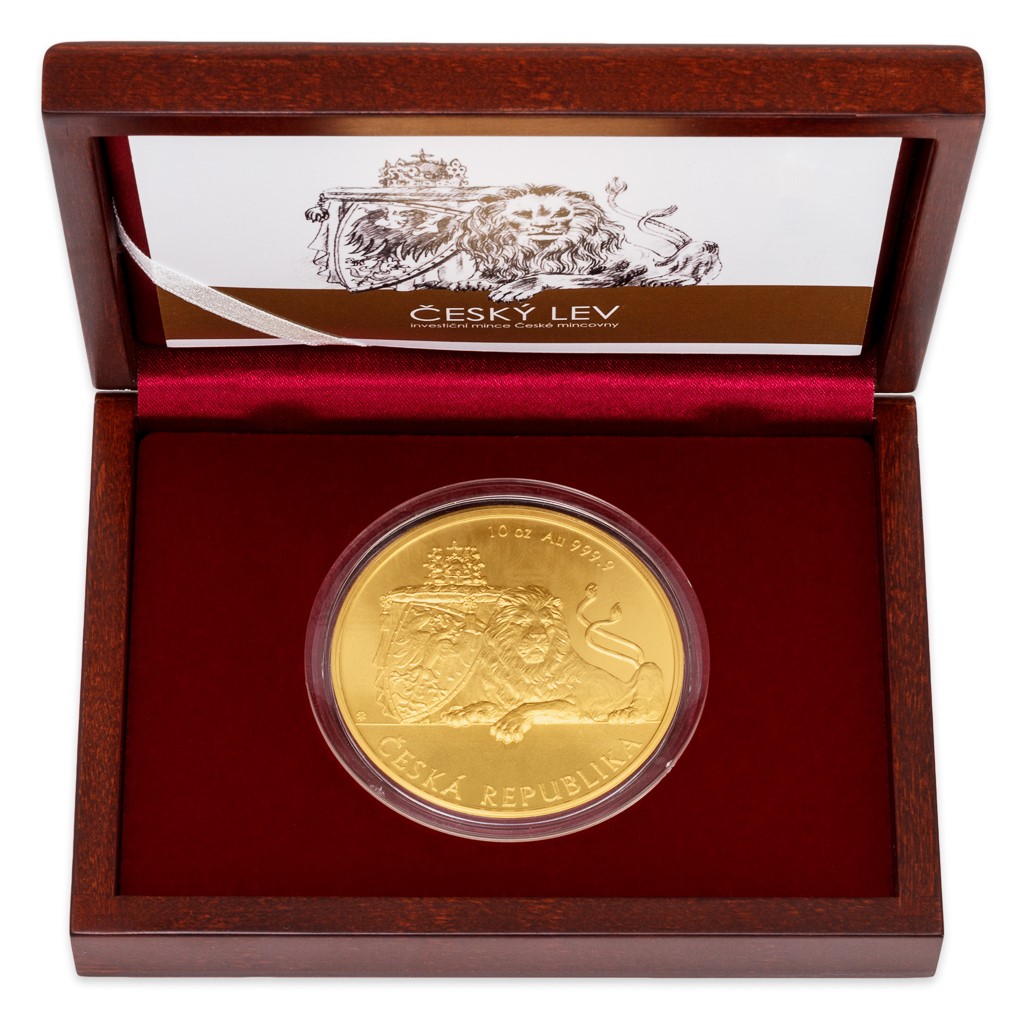 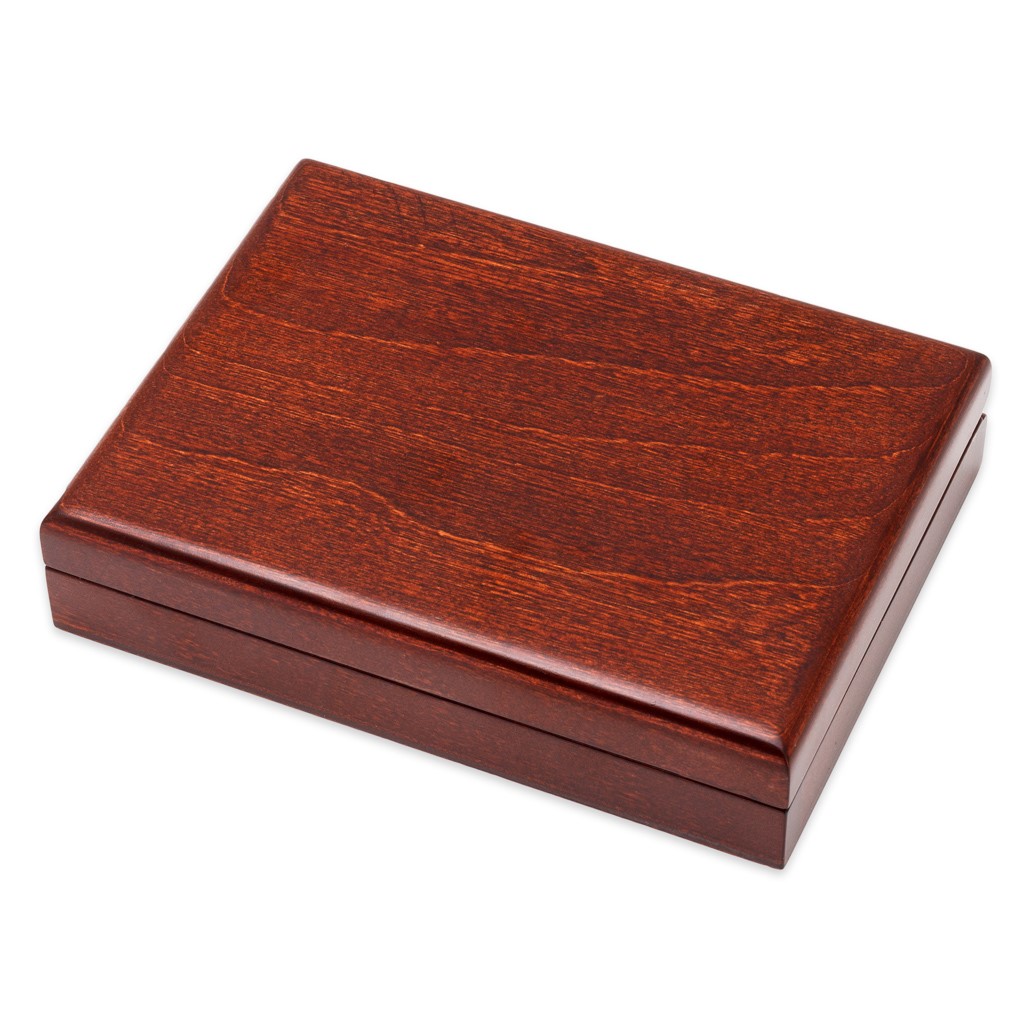 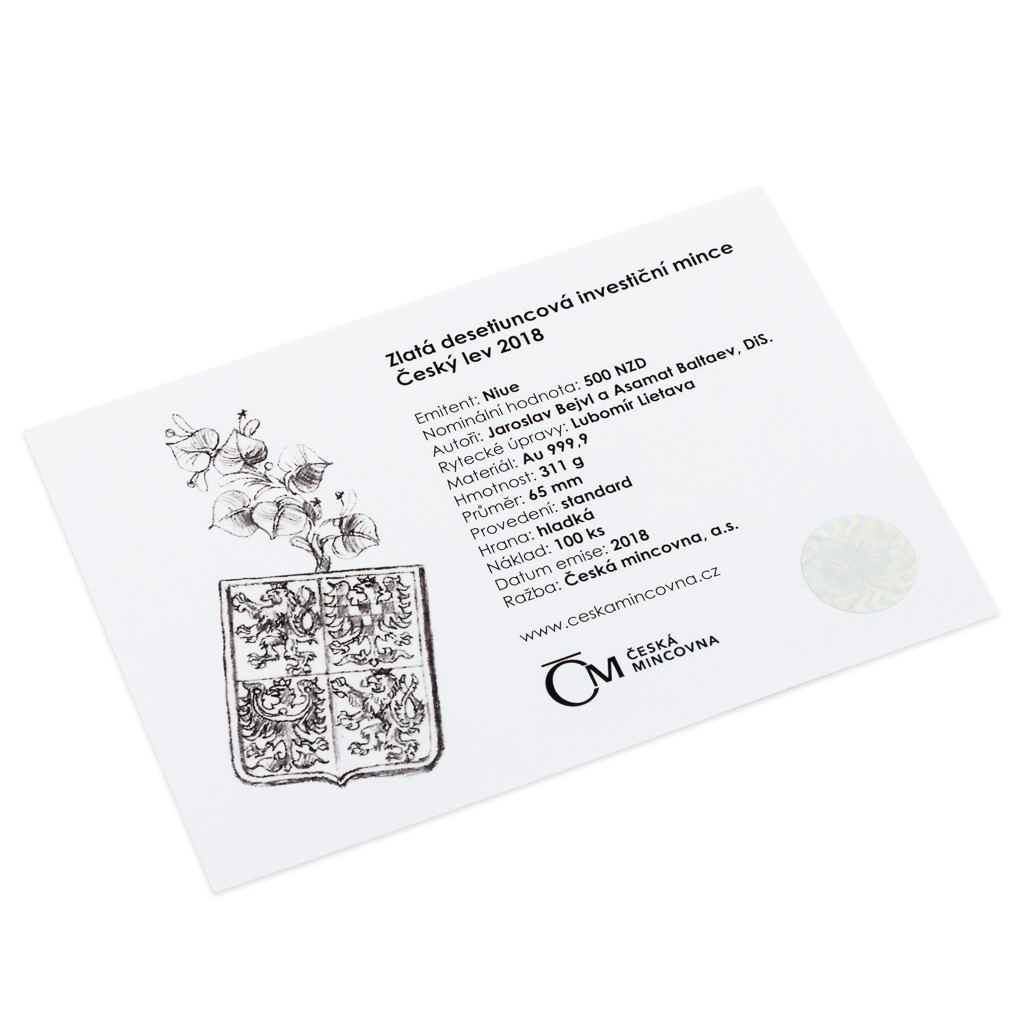 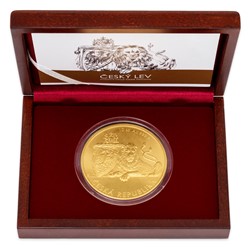 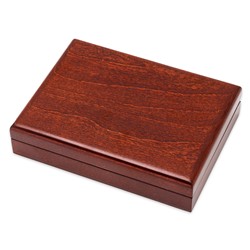 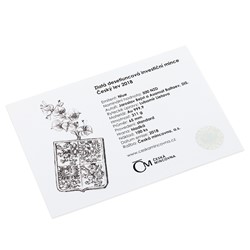