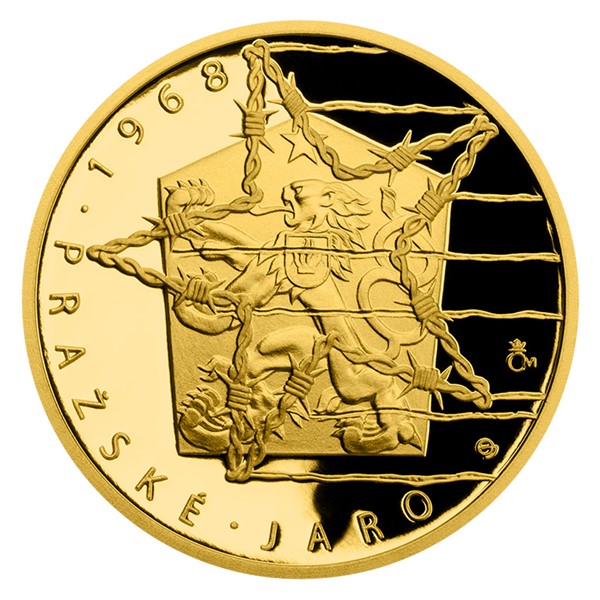 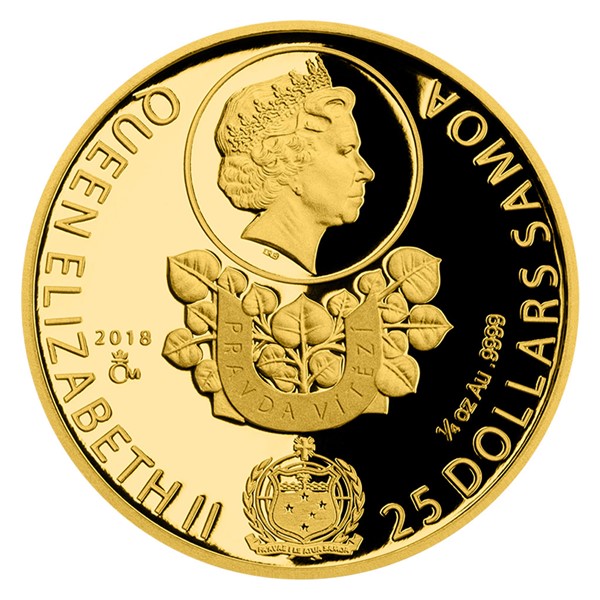 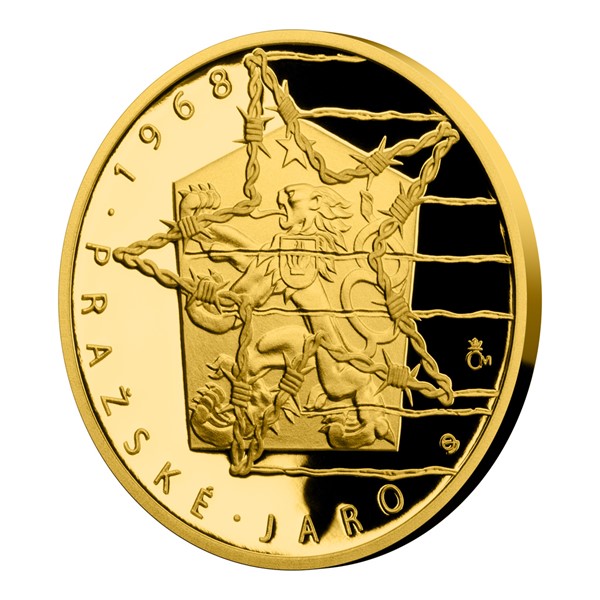 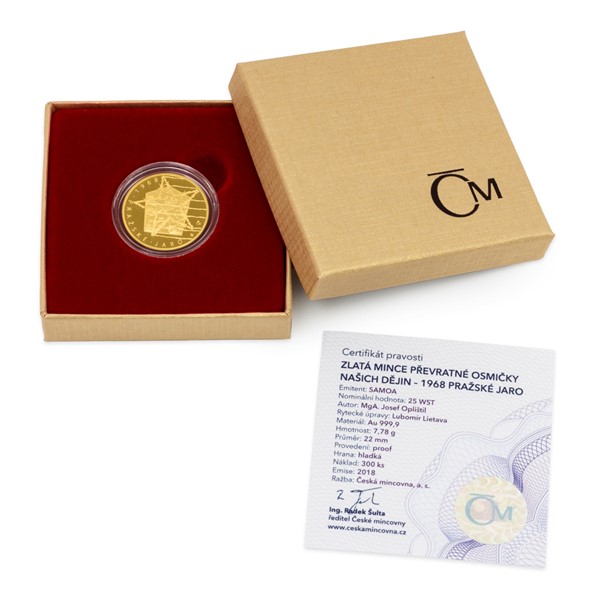 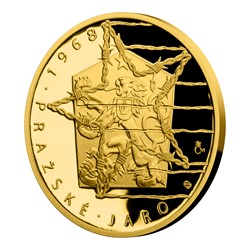 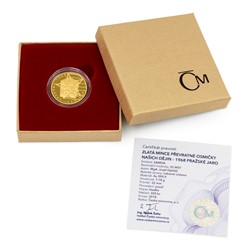 In 1968 it has been twenty years since the coup "Victorious February" established a communist totality in the country. Not only the citizens of Czechoslovakia, but also the head reformist communists desired the change. The first gold coin of the Czech Mint from the miniseries "Revolutionary Eights", representing the crucial moments of Czechoslovak history, commemorates this free-thinking era in 2018.

These reforms had to liberate the regime and speed up democratization, which included, for example, freedom of speech, economic orientation on consumer goods, but also state federalization into two equal republics. Thus began the process that the Western media called the "Prague Spring" according to the "spring of the peoples", which means a patriotic uprising against the oppression of the Habsburg monarchy in 1848. Czechoslovakia raised the hope in the capitalist countries that even the communist country could smoothly and nonviolently move towards democracy. The liberalization period, led by Alexander Dubcek´s socialism with a human face, was suddenly and violently suppressed by the military invasion of the "friendly" armies of the Warsaw Pact. The Eastern block was afraid of weakening its power in the Cold War, and declared therefore the Czechoslovak reform movement as contra-revolutionary. Thousands of soldiers started the occupation of Czechoslovakia, which lasted for another twenty years. All the achievements of the Prague Spring have been suppressed during the era of "normalization". Totalitarian practices have been strengthened and political and economic conditions have returned to the level prevailing in the 1950s.

A leading medal maker and teacher MgA. Josef Oplištil became the author of the four-part miniseries. The events of the individual years that appear on the reverse sides of gold coins were expressed by transformation of Czech two-tailed lion. In 1968, our state symbol is overshadowed by a five-pointed socialist star made of a barbed wire symbolizing non-freedom, whose thorns have left a number of deep scars on the beast. The coins of the Czech Mint are issued under the license of a foreign issuer, which is the state of Samoa. The obverse side therefore bears its necessary attributes, which are the national emblem, the name and profile of Queen Elizabeth II, the nominal value of 25 DOLLARS (WST), together with the year of the issue 2018. The composition of the obverse side is complemented by inscription "TRUTH WINNING" inscribed on a ribbon hanging from lime branch. 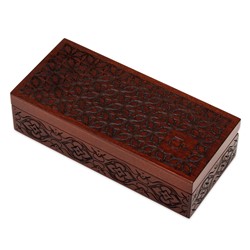 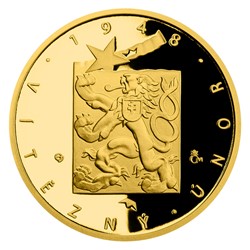 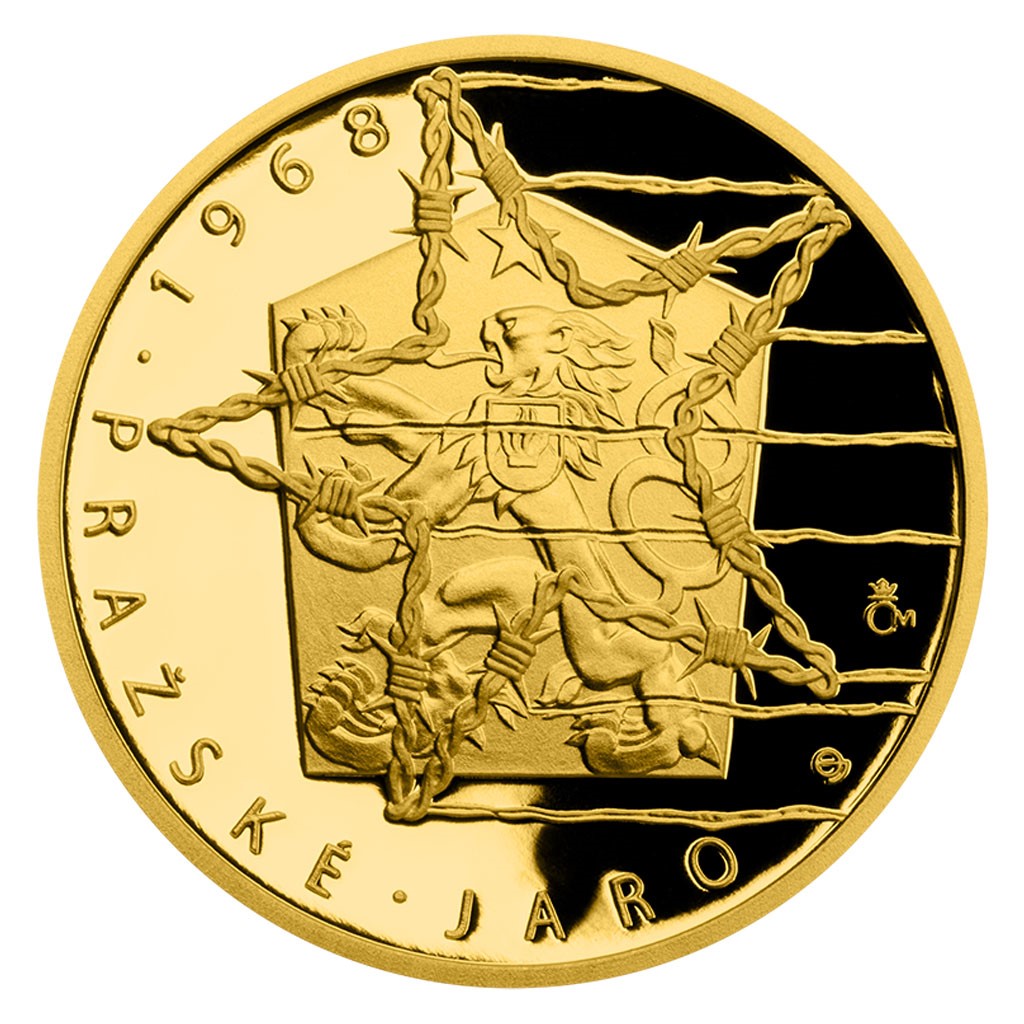 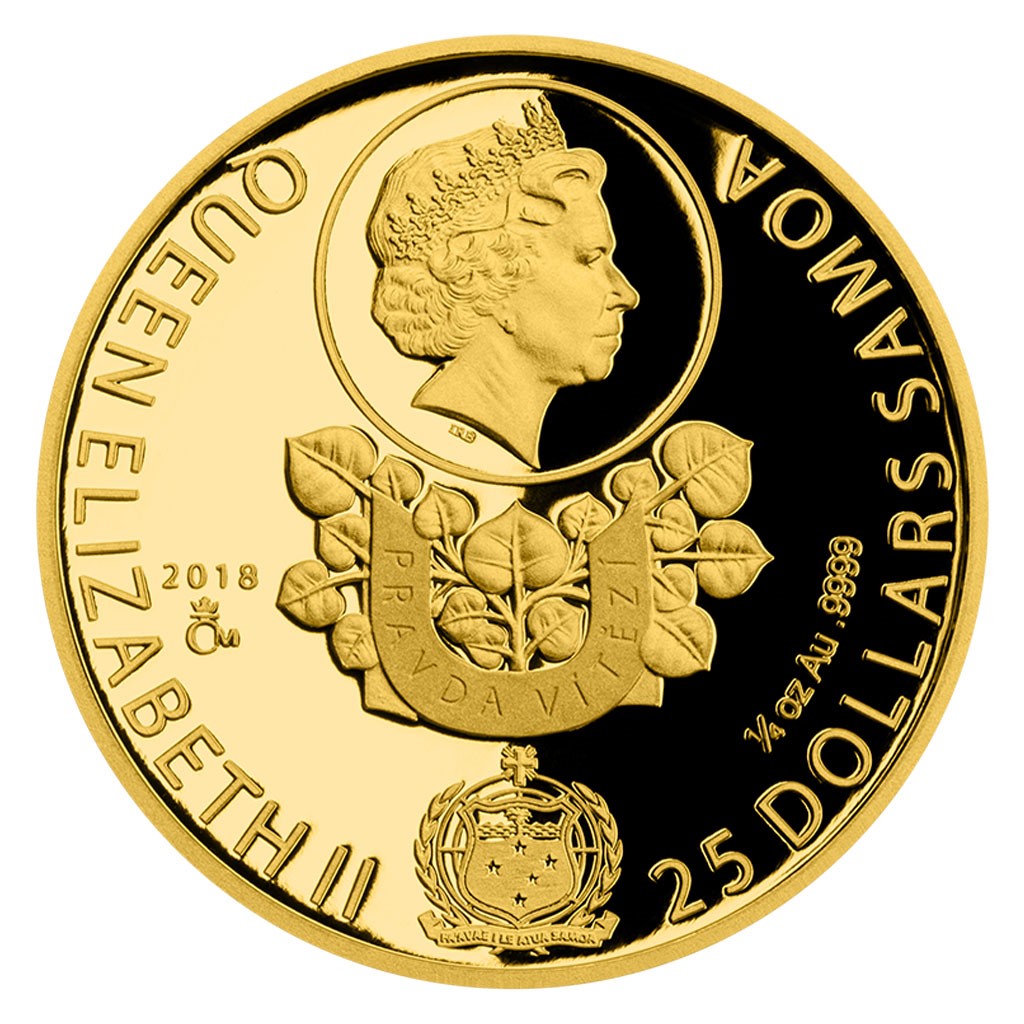 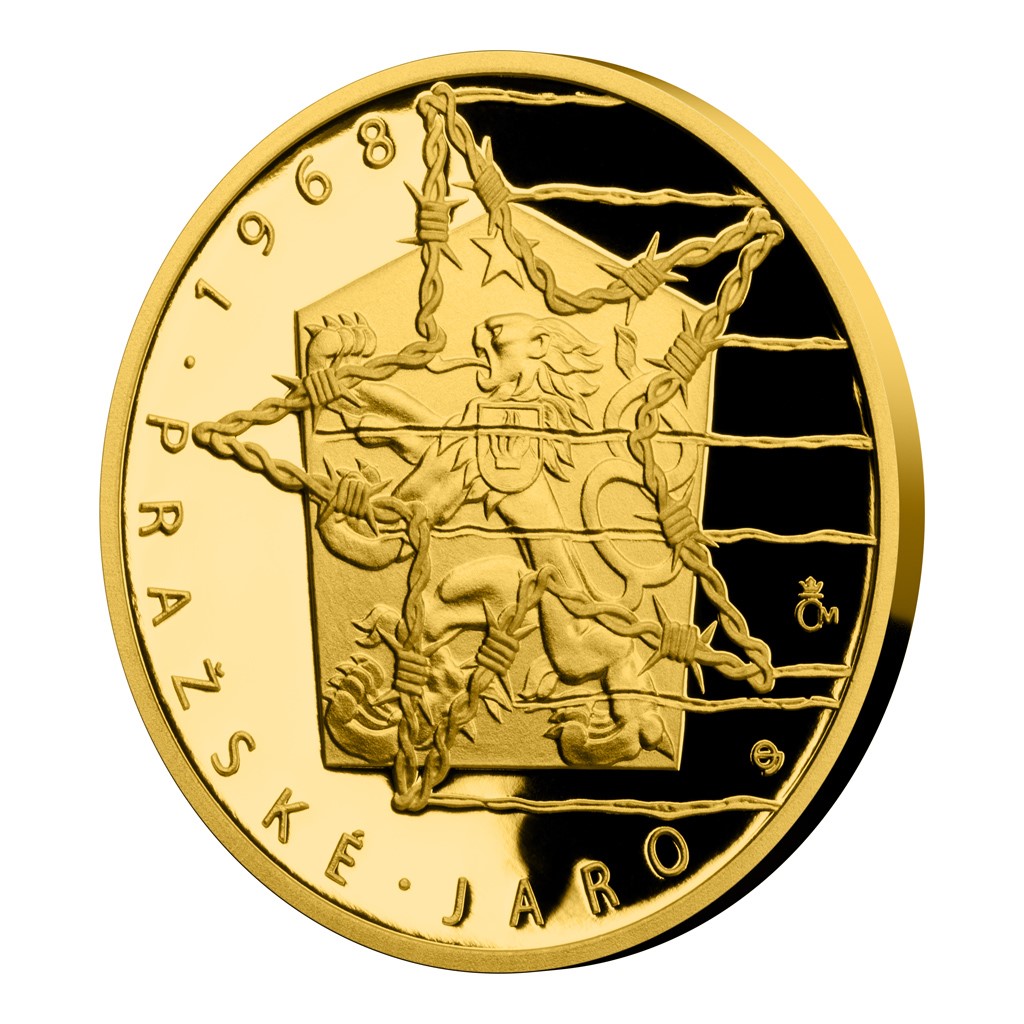 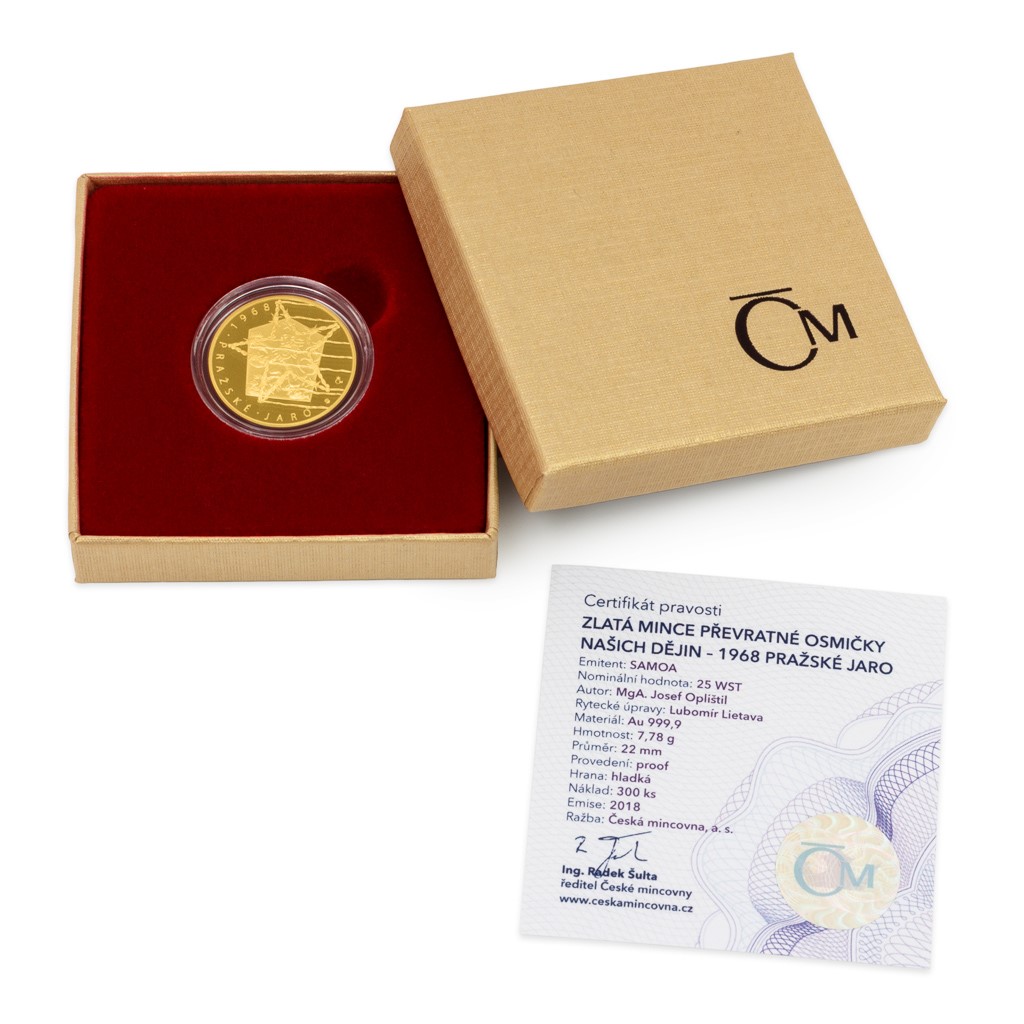