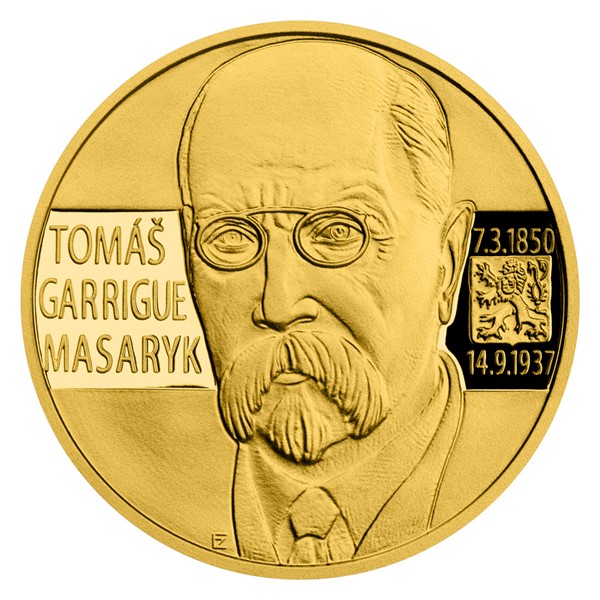 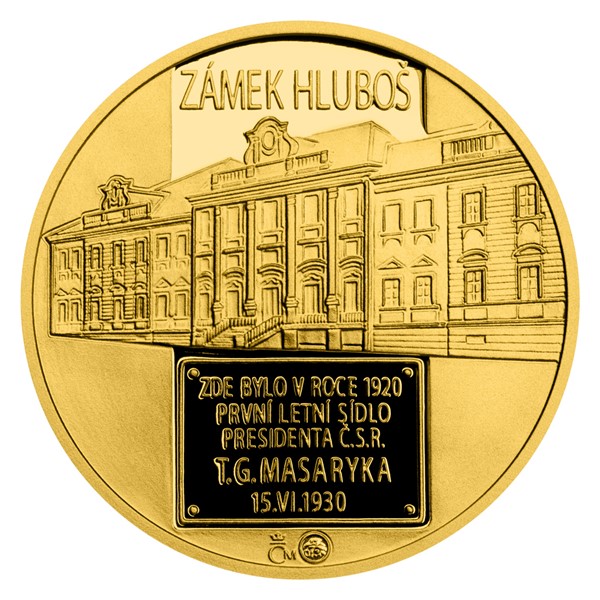 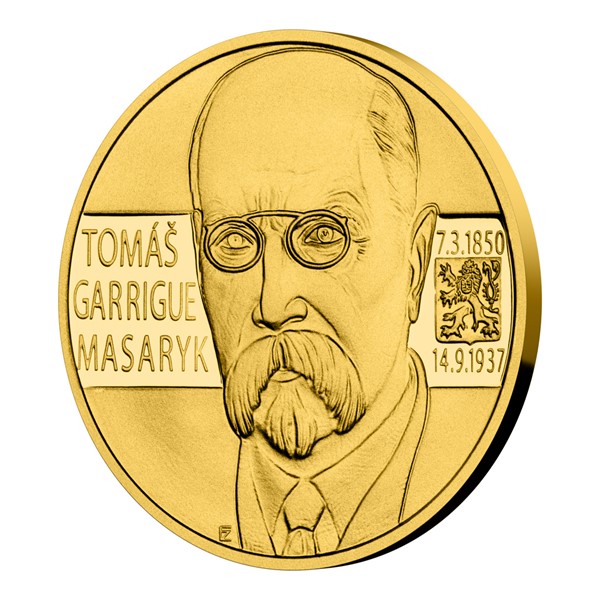 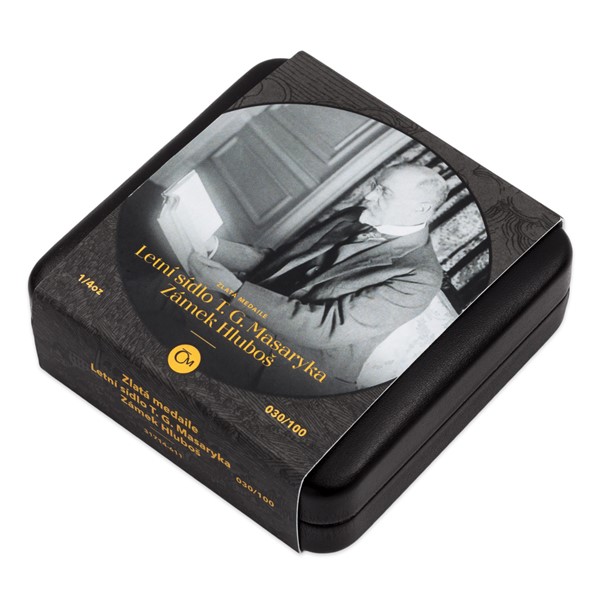 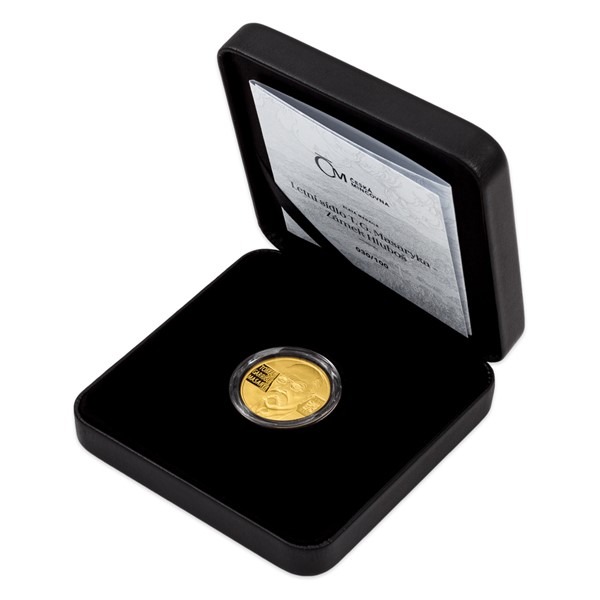 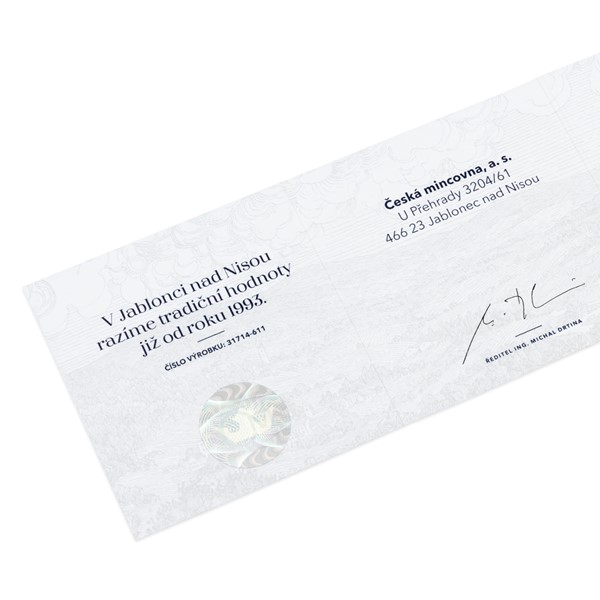 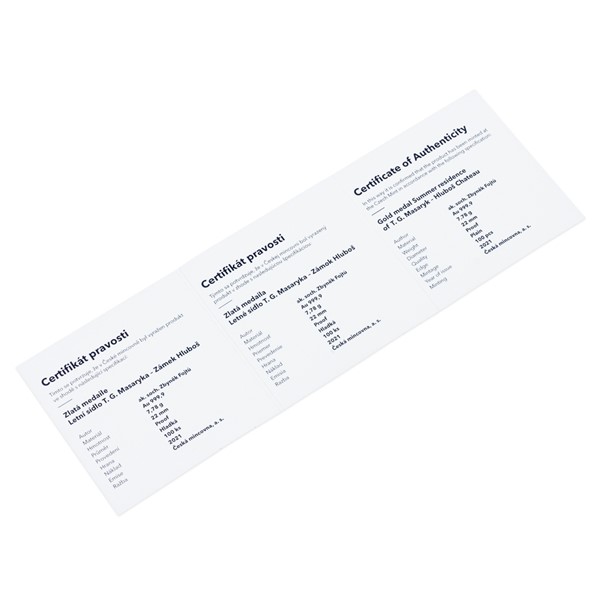 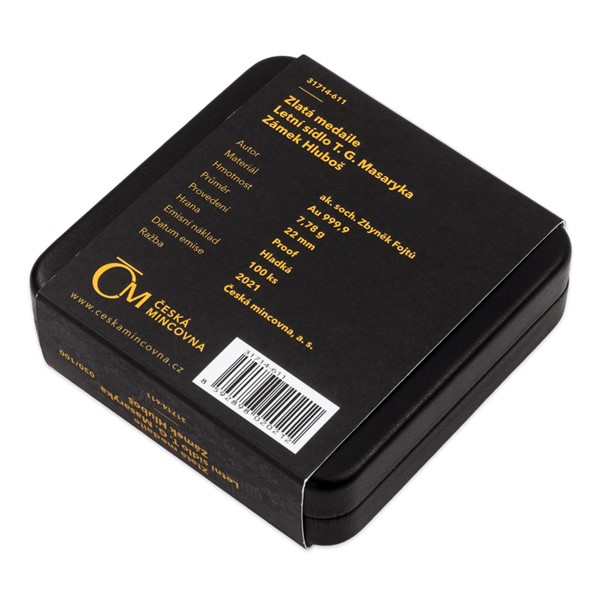 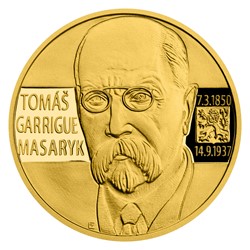 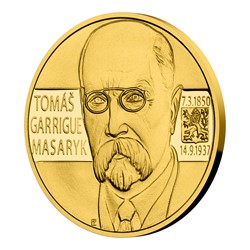 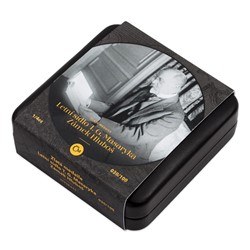 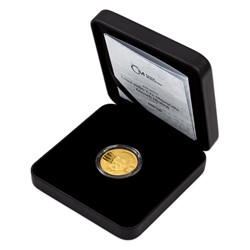 We associate T. G. Masaryk with the Chateau in Lány, although it became his summer presidential residence only in 1921. Until then, Hluboš Chateau could be proud of this title, therefore, the Czech Mint dedicated the gold commemorative medal to it.

"At the end of the holidays in 1920, the inhabitants of Hluboš were pleasantly excited by the news that the Hluboš Chateau would be inhabited by the President. This was true. The telephone was extended to the castle from the post office, roads were rebuilt, and houses were painted. The whole village dressed in a ceremonial robe to greet dignifiedly the man about whom everyone has heard so much, read so much and who has not been seen by everyone, " this was written in a Příbram magazine entitled Od stříbrných hor (From the Silver Mountains). Hluboš Chateau did not become the presidential summer residence by chance. The three-hundred-year-old pseudo-Renaissance building had an English park of 5 hectares and stables, which provided T. G. Masaryk with an ideal opportunity for his favorite pastime. "Almost daily, regardless of the weather, the President went on horseback to the beautiful forests of Hluboš and the surrounding area. On a ride in the woods, he saw two cowherd boys calling to him: Uncle, take us! And uncle rode one boy and groom the other boy. Then, when the gamekeeper, who was watching the scene from the forest, told the boys who had taken them, their eyes came out of their sockets in amazement and their mouths remained open, " A. Podlaha recalled the smiling story. The Hluboš residence served the president and his family from August 27, 1920 to January 7, 1921. Although T. G. Masaryk left the Chateau, his spirit lives here to this day…

The obverse side of the medal, which was processed by the academic sculptor Zbyněk Fojtů, presents a portrait of T. G. Masaryk with the necessary glasses. The composition is supplemented with the name and life years of the president and also a small emblem of the Czechoslovak Republic. The reverse side of the medal then belongs to the Hluboš Chateau - in addition to the facade of the building, it also presents a reconstruction of a memorial plaque, which still draws attention to the president's stay.

The schedule of issuance of the gold medal is only 100 pieces. 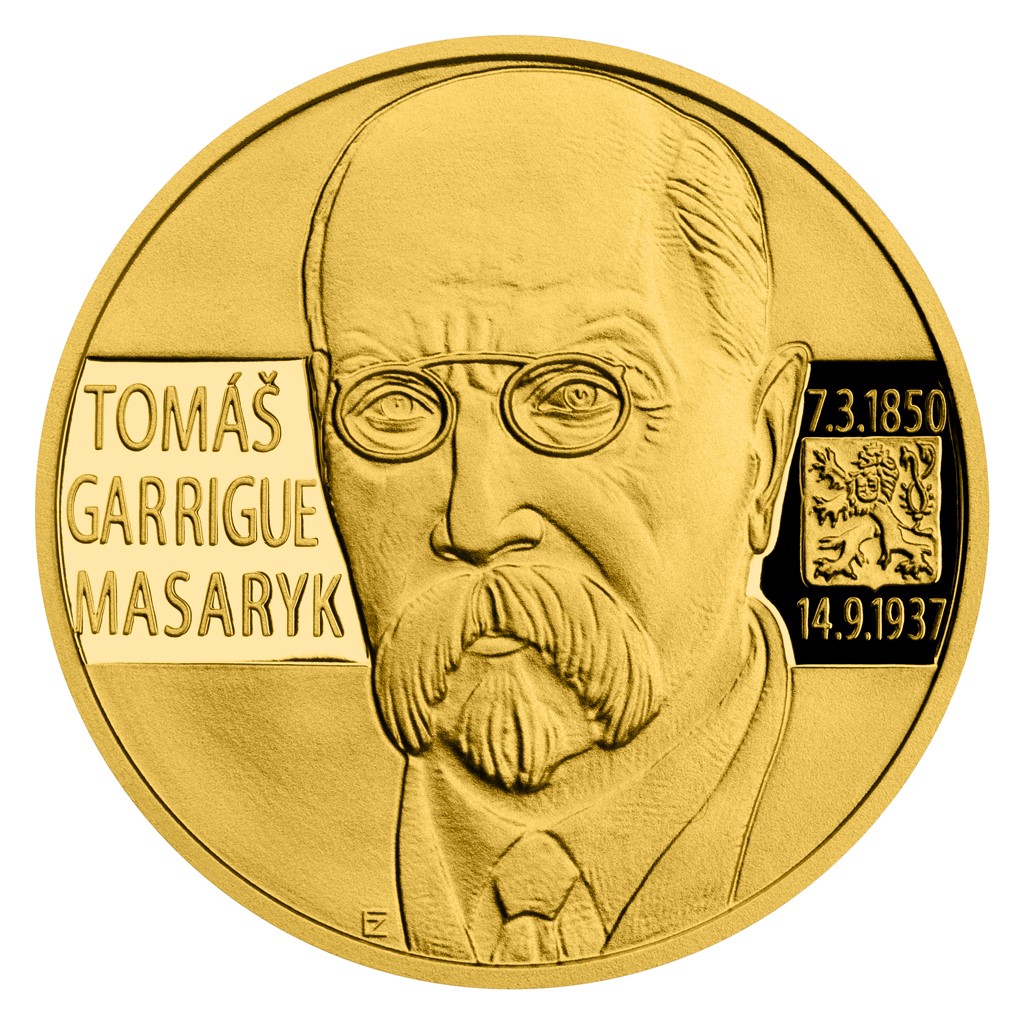 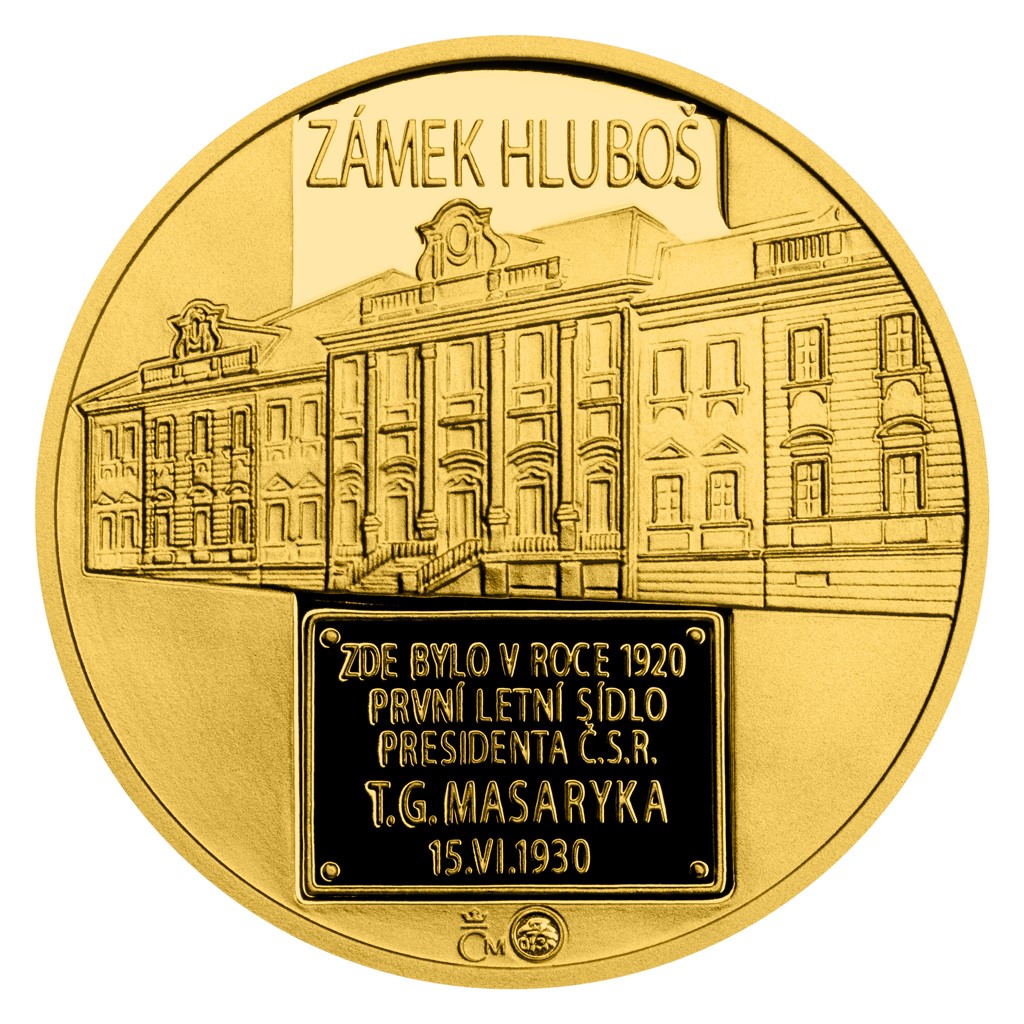 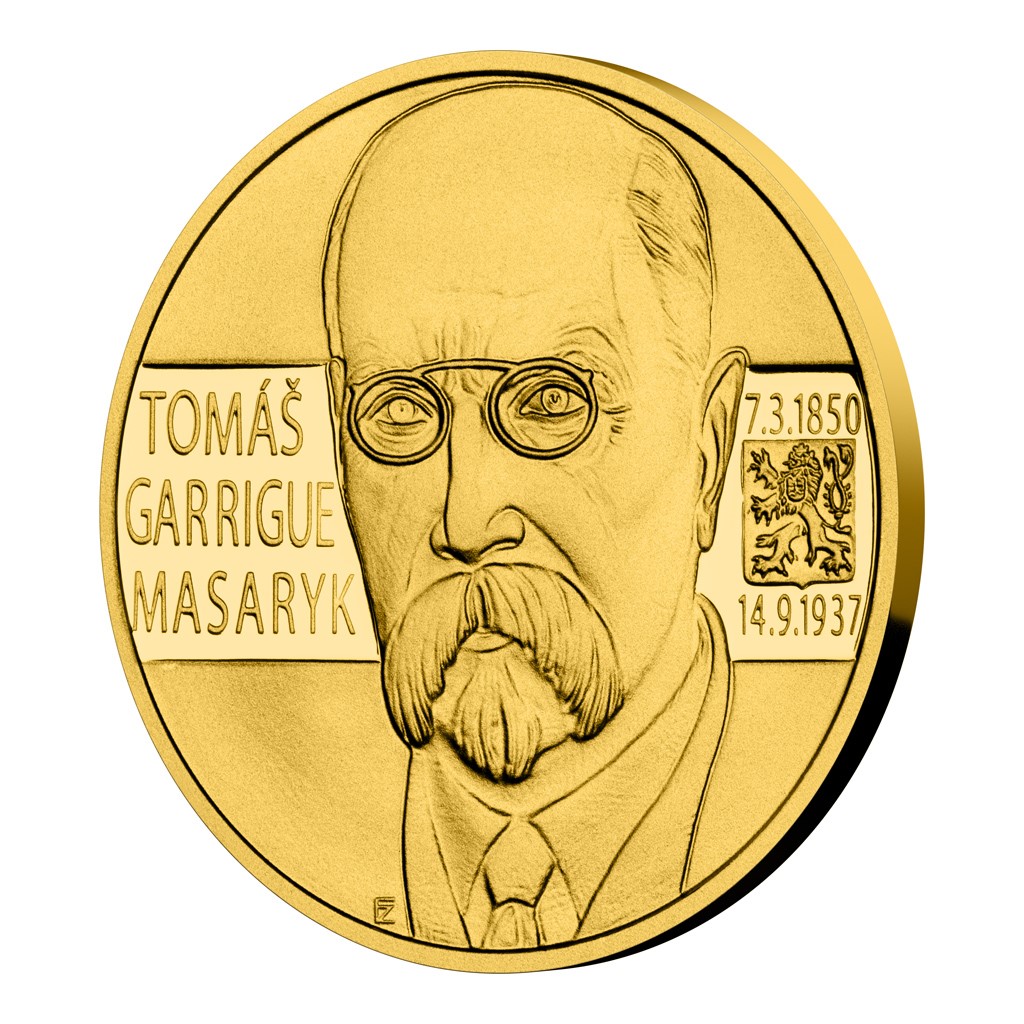 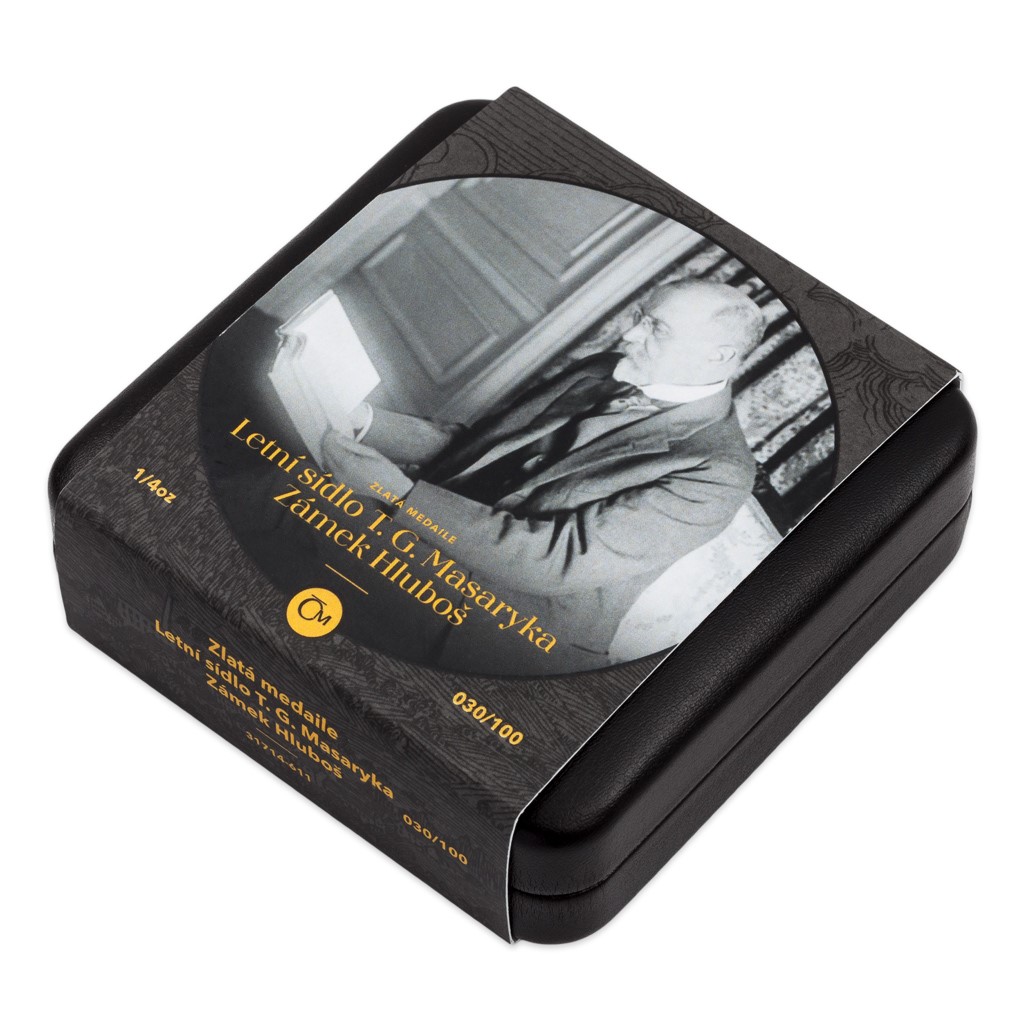 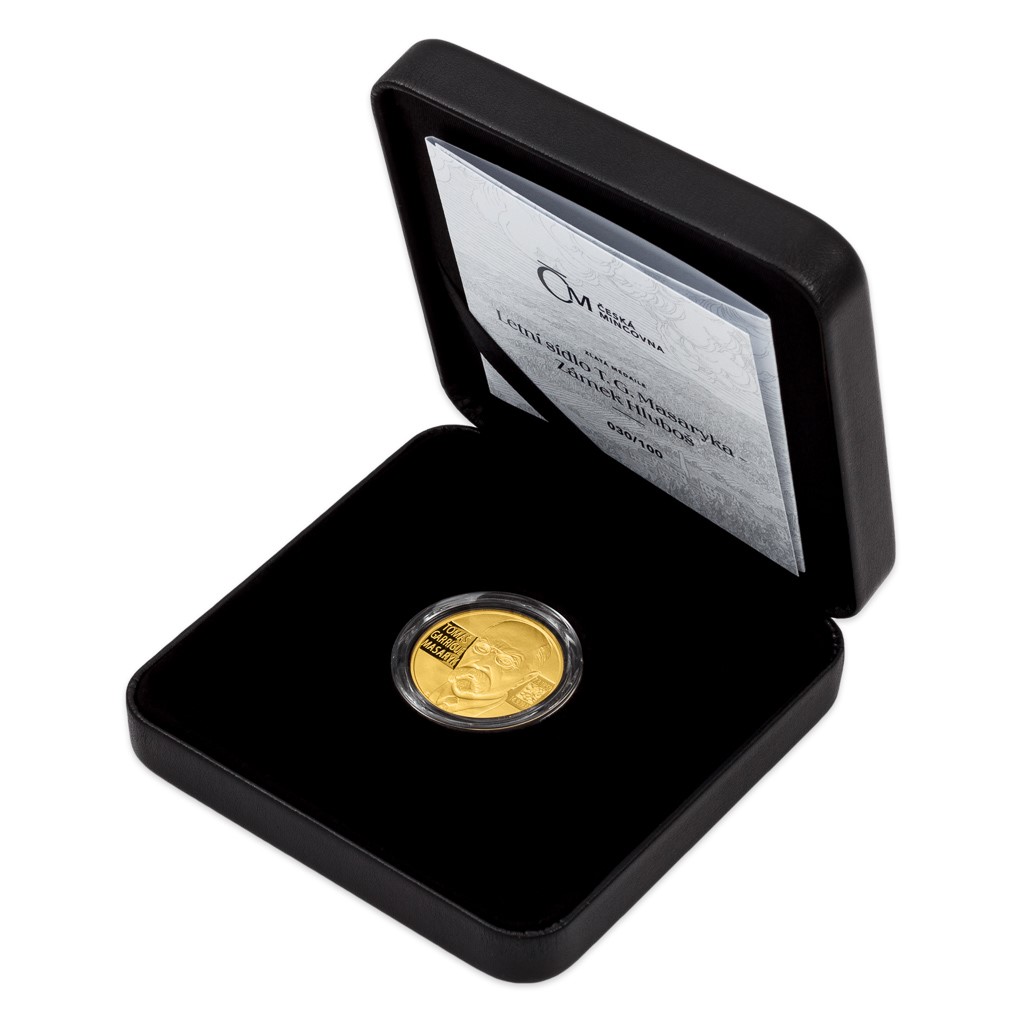 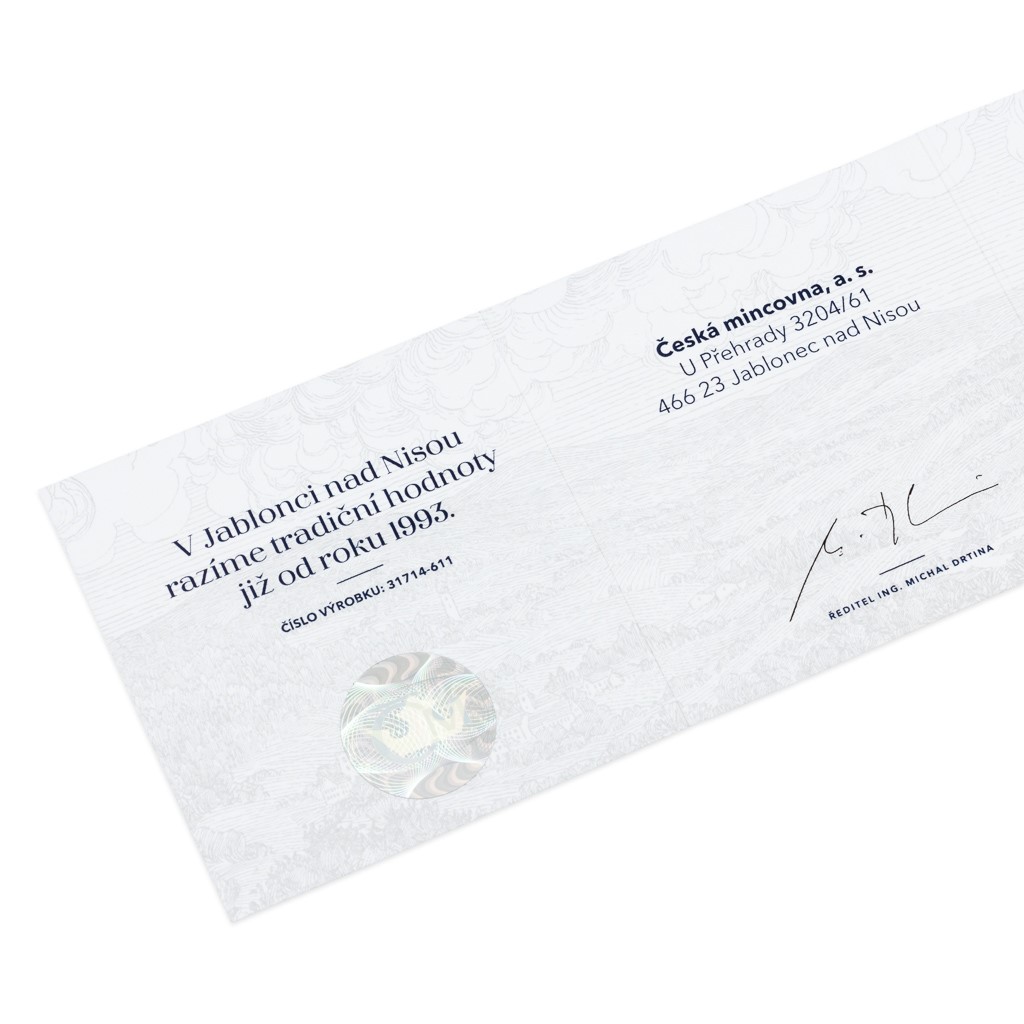 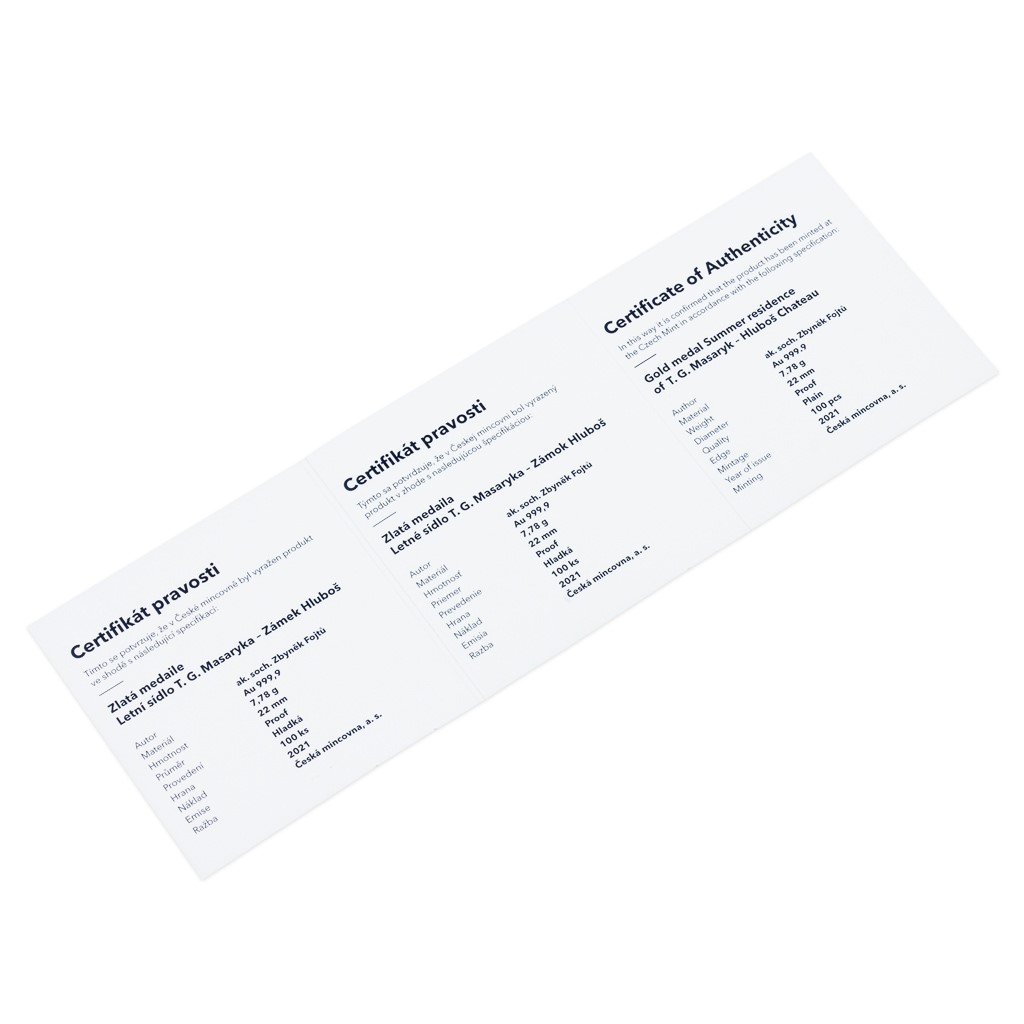 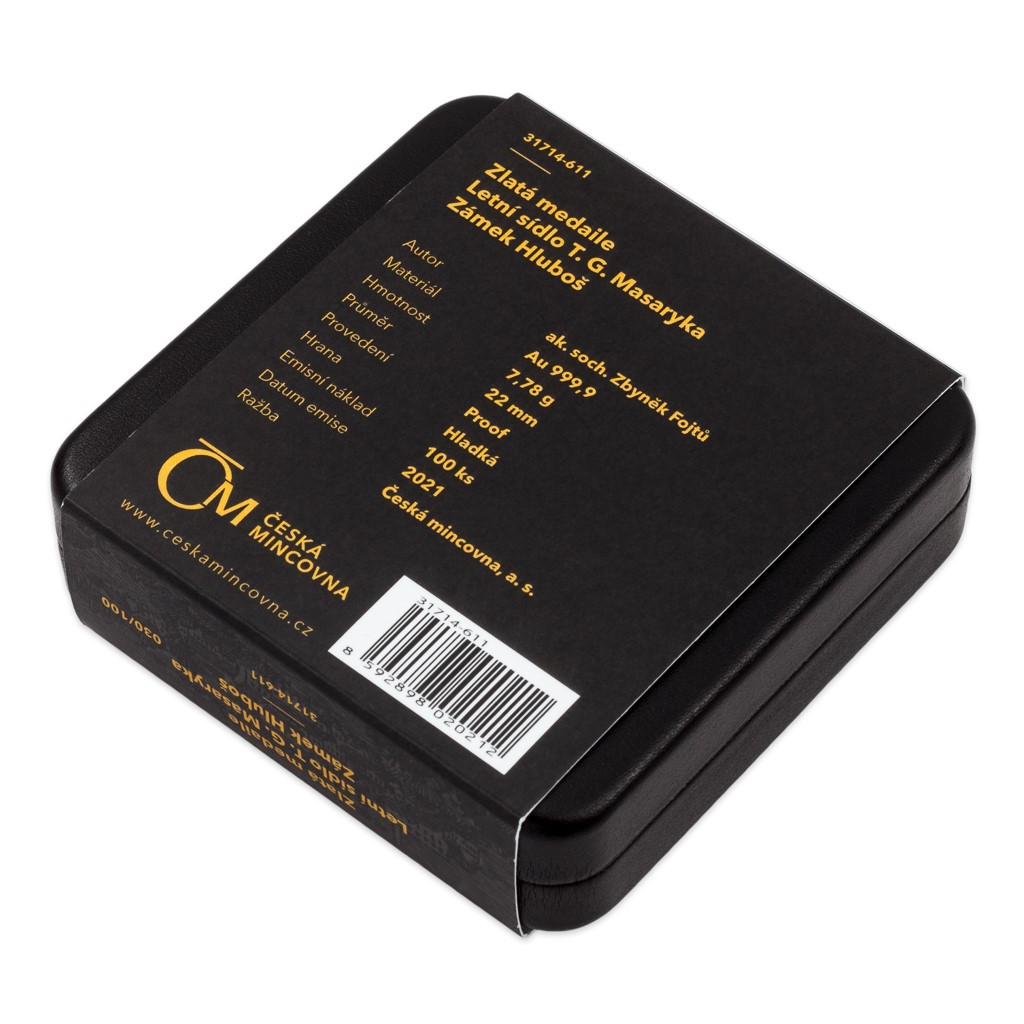 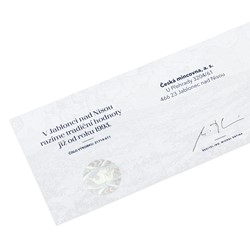 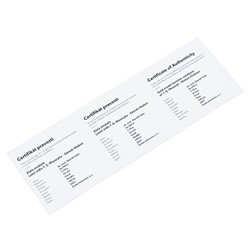 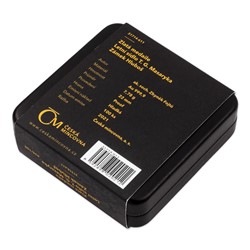