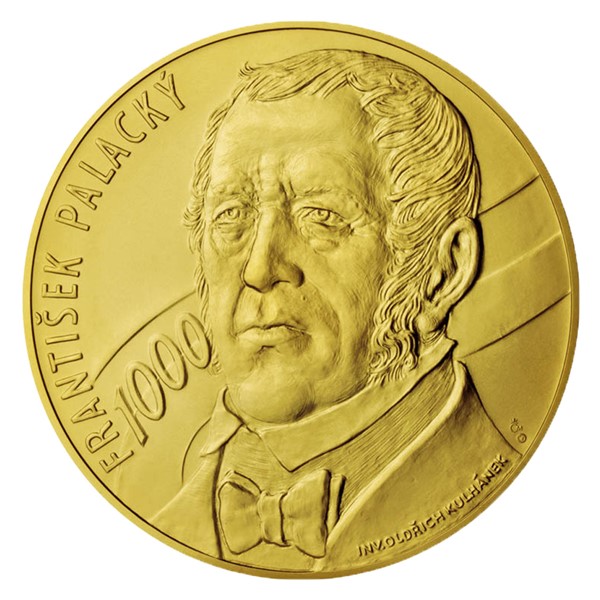 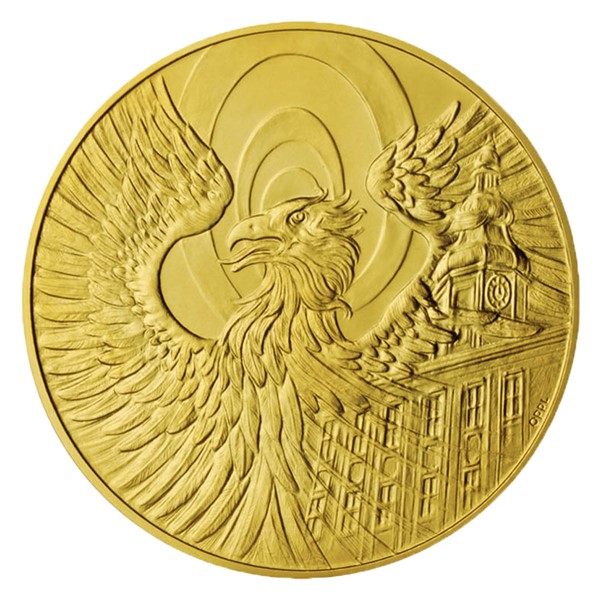 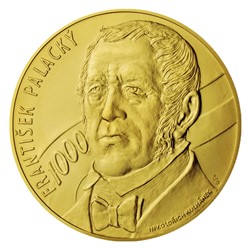 This is the third medal from the series “Czech banknotes on Czech medals”. It comes complete with a print featuring František Palacký’s portrait, which is numbered and signed by its author, academic painter Oldřich Kulhánek. The medal represents a unique combination of the art of sculpting, drawing and engraving.

František Palacký was born in Hodslavice, Moravia, in 1798. He studied in Bratislava and Vienna.

He was a prominent Czech historian and politician, writer and organiser of public, cultural and scientific life in Prague. He is considered the founder of modern Czech historiography. Palacký became archivist to Count Sternberg in Prague and in 1939 he was appointed historiographer of the Bohemian estates. He was a leading organiser of the Czech national revival movement, and was involved in major national endeavours, such as establishing the Czech cultural and educational society Matice česká, launching the Bohemian Museum journal, founding the Svatobor association, and building the National Theatre. His capital work, The History of the Czech Nation in Bohemia and Moravia, represents the culmination of Czech historiography of the 19th century. František Palacký died in Prague in 1876.

The principal motif of the obverse side is the portrait of František Palacký. Next to the effigy is the numeral 1000 and his name is circumscripted on the left side of the medal.

The reverse side features a grand eagle, the symbol of Moravia and Silesia. Through the body and wings of the eagle projects the outline of the Kroměříž Chateau where in 1848 Palacký took part in the constituent meeting of the Reichstag of the Habsburg monarchy. 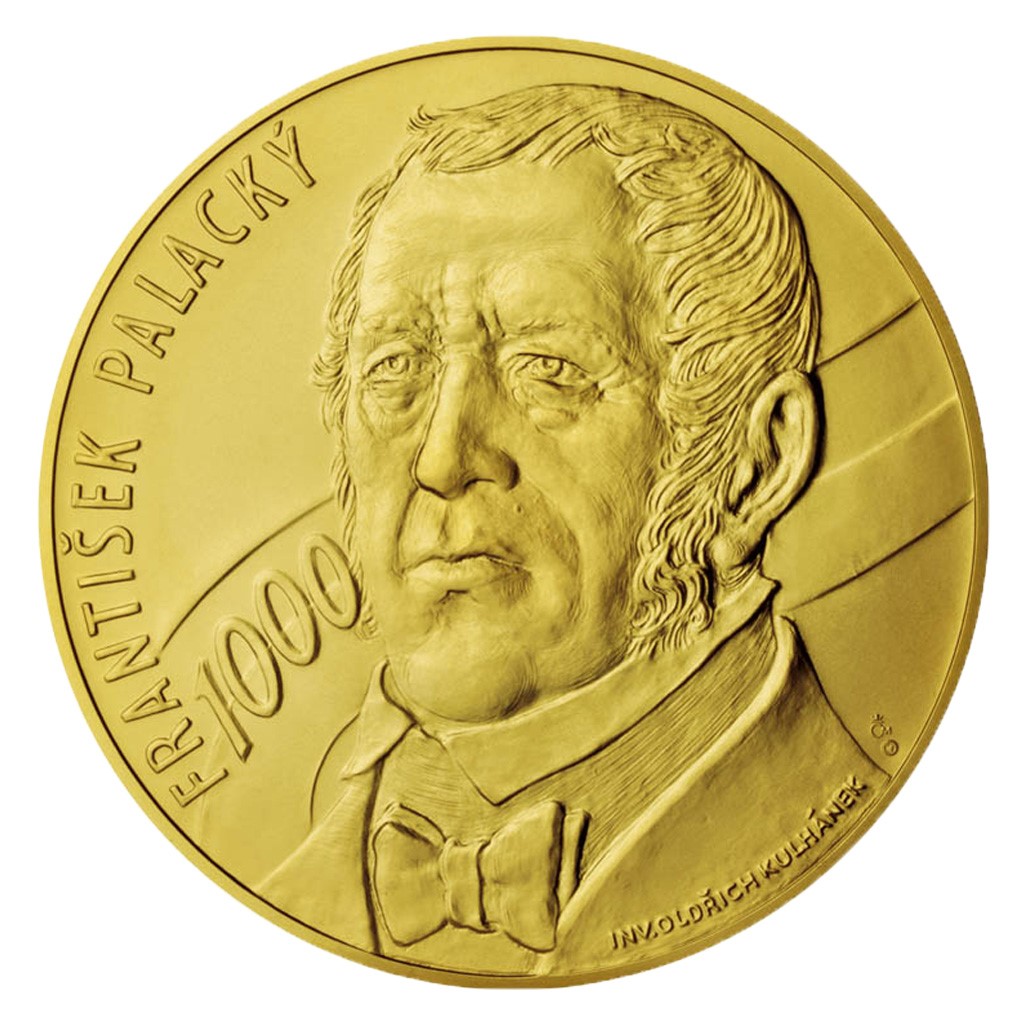 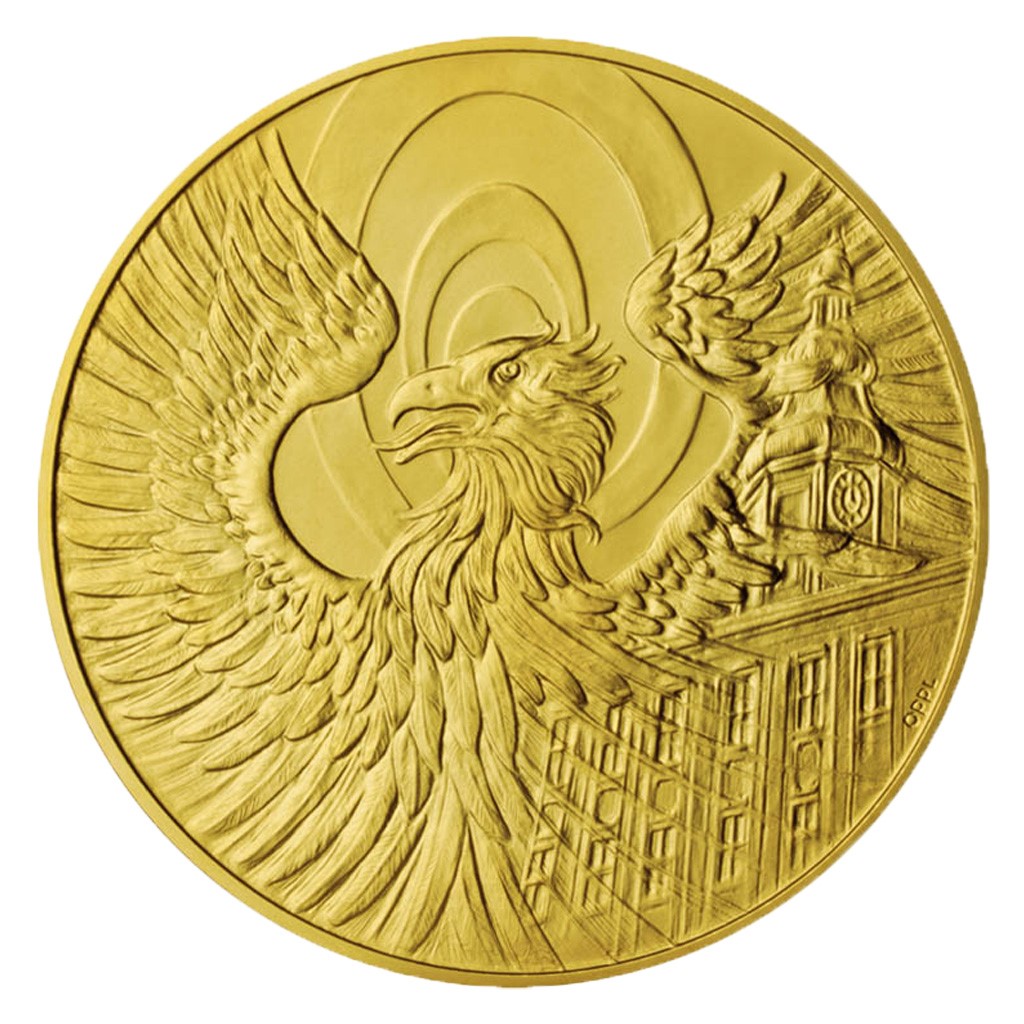