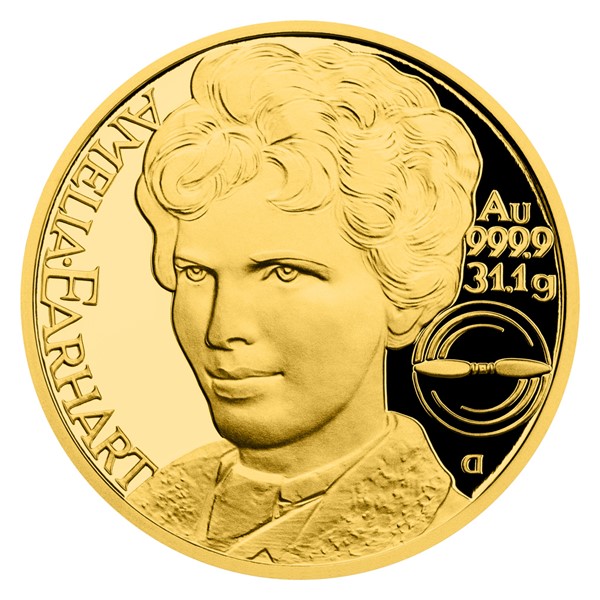 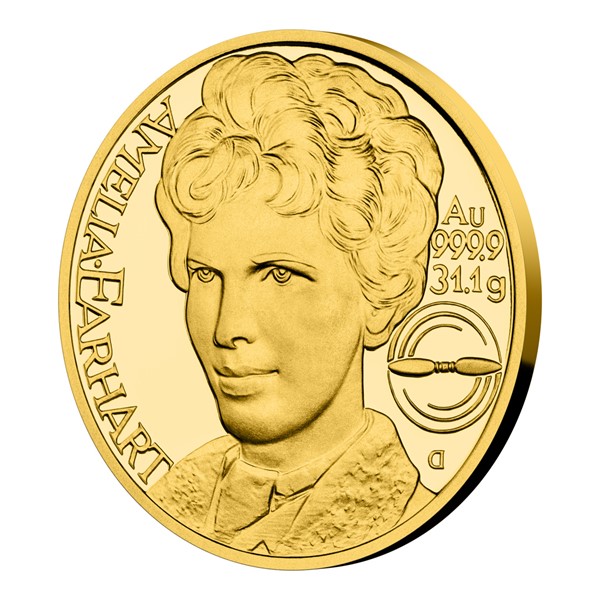 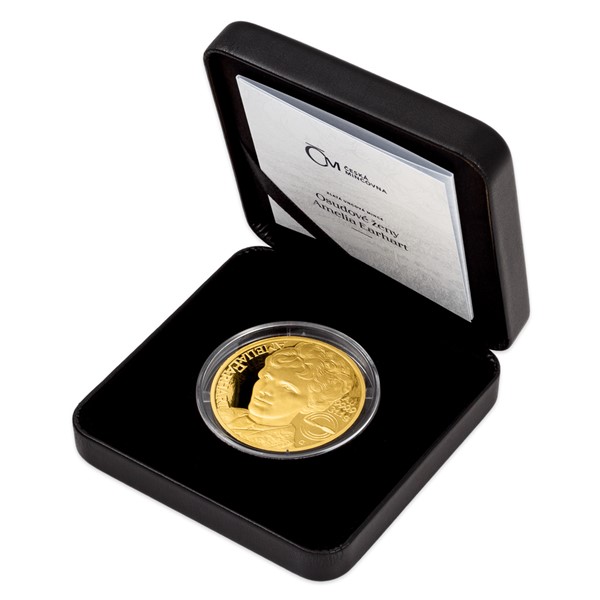 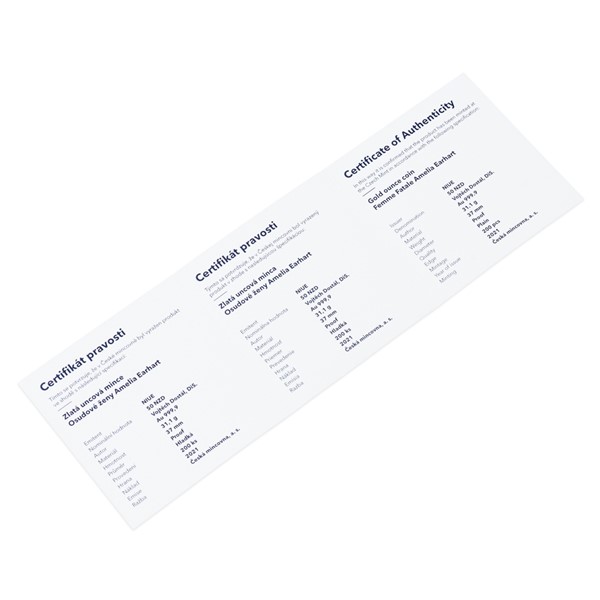 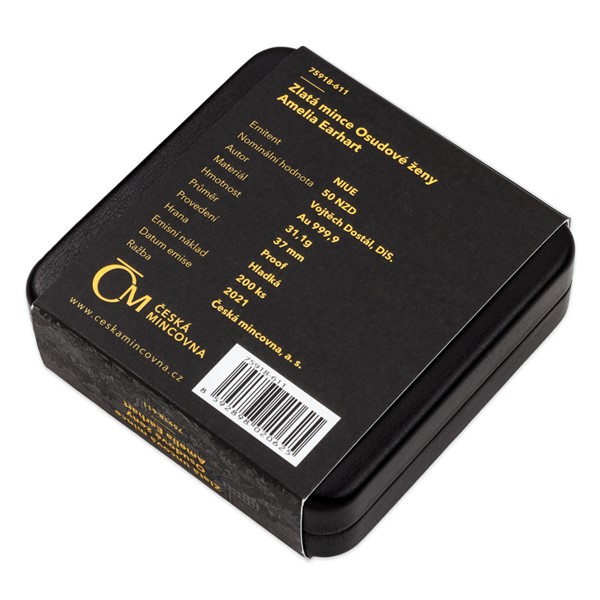 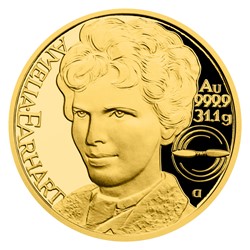 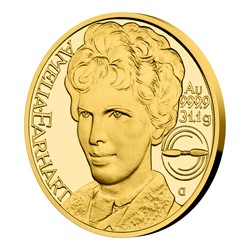 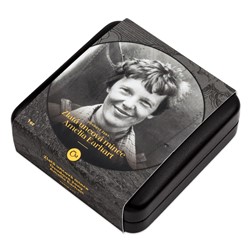 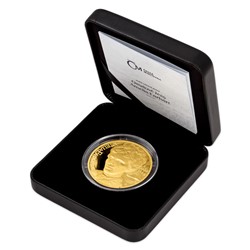 Amelia Earhart, the courageous aviation pioneer, is the sixth femme fatale to be commemorated on a gold coin from the Czech Mint's free cycle.

It was clear from an early age that Amelia would not be like other girls - instead of dolls, she preferred to play with an air rifle. She nursed wounded soldiers during the First World War and at just 24 years old, she bought her first plane. She completely fell in love with flying and set the highest standards for herself. In 1928, at the age of 30, she became the first woman to fly across the Atlantic Ocean, broke the women's speed record two years later, and at the age of 35 set off across the Atlantic again, this time solo. But that was not enough, and at 40 she began planning a spectacular expedition around the world. The Lockheed Model 10 Electra was to be her means of achieving her dream, with navigator Fred Noonan at her side. On June 1, 1937, they took off from Miami, but never reached their destination – they disappeared on July 2. President Roosevelt dispatched the U.S. Navy, including an aircraft carrier, to find the pilot, but the search was unsuccessful. The fate of the expedition became a mystery - moderate theories proclaimed that the plane broke down and the crew perished in the crash, conspiracy buffs claimed that the flight was merely a cover for espionage and the aviators were executed by the Japanese. But according to the latest research, the brave pilot wrote the last chapter of her life story as a castaway on a desert island. Whatever her true ending, it does not change the fact that she became a national heroine and an inspiration to generations of women who followed in her footsteps.

The reverse side of the coin was dedicated by medal maker Vojtěch Dostál, DiS., to the portrait of Amelia Earhart. The obverse side belongs to the attributes of the island of Niue, which is the provider of the foreign licence for issuing coins of the Czech Mint - i.e. the nominal value of 50 DOLLARS (NZD), the name and profile of Queen Elizabeth II and the year of issue 2021.

The one troy ounce gold coin is issued in a mintage of just 200 pieces. 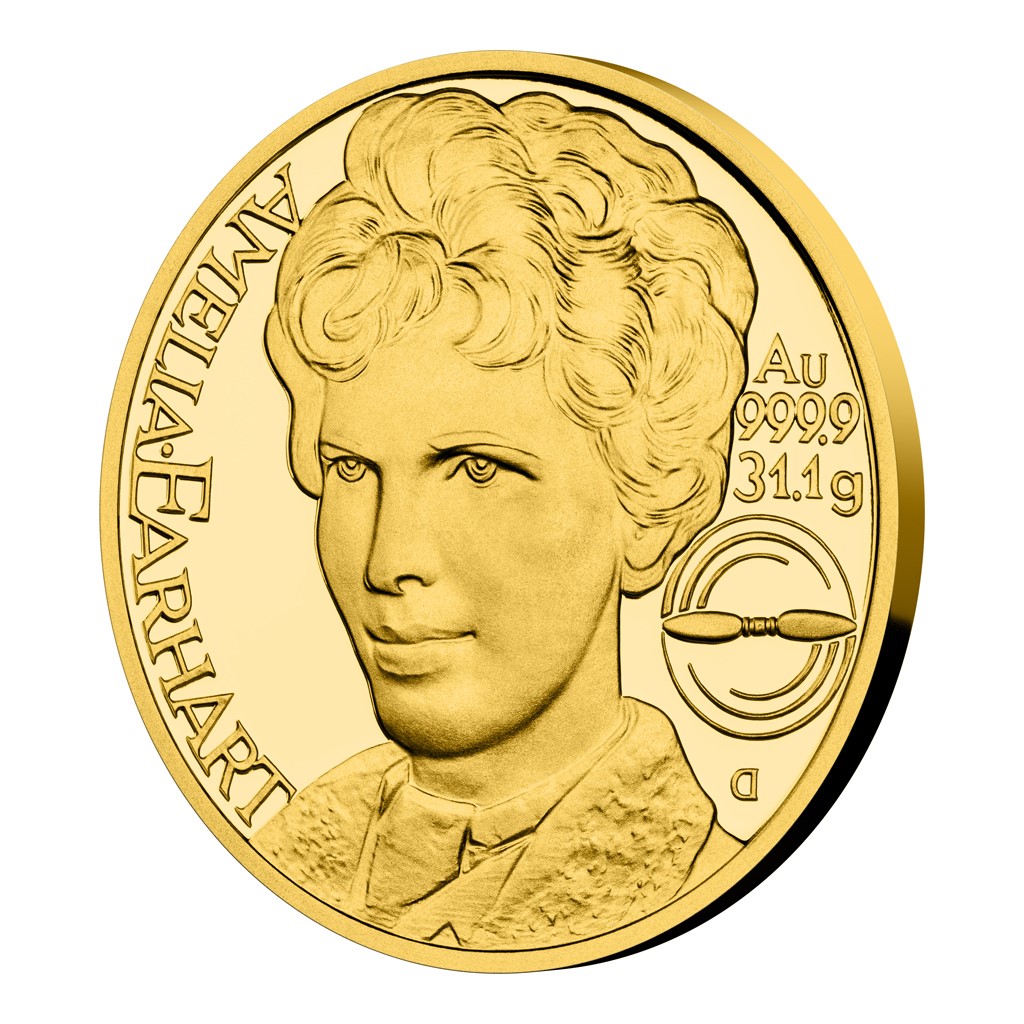 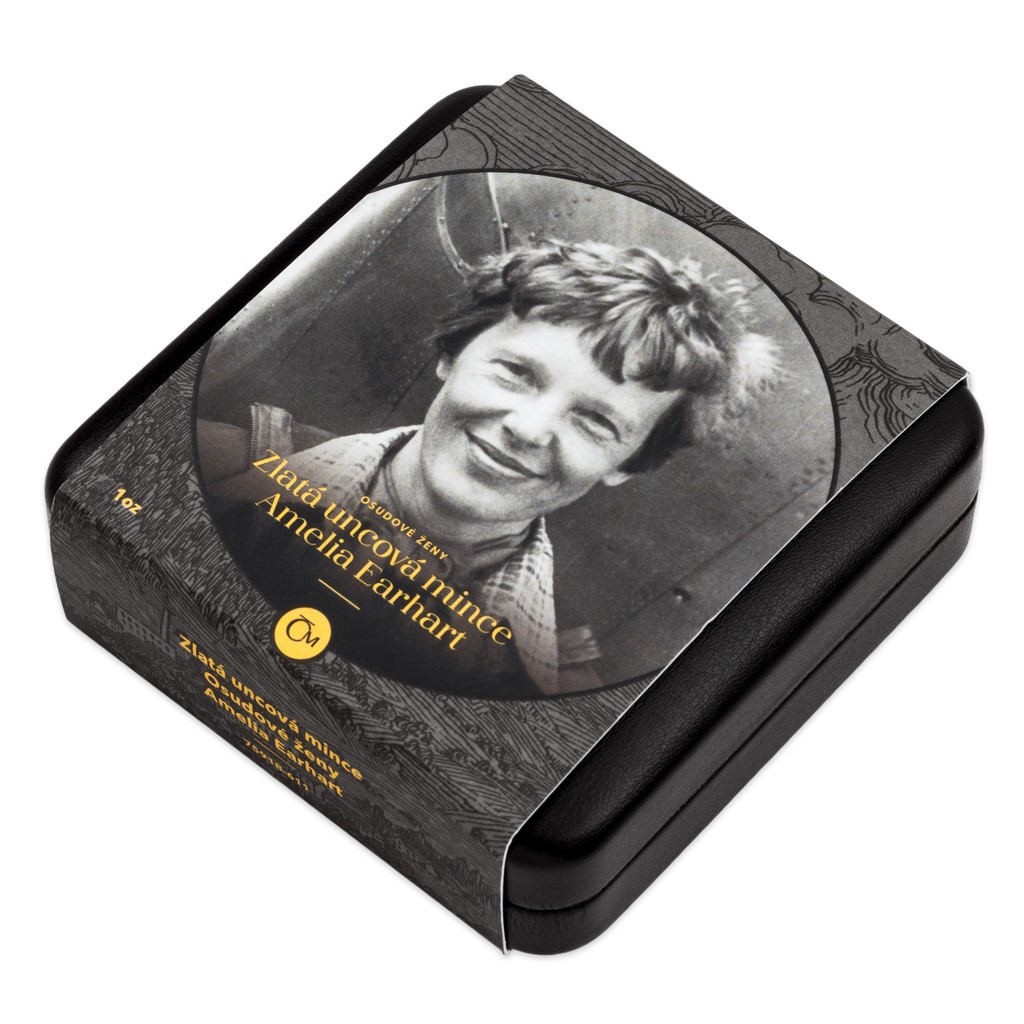 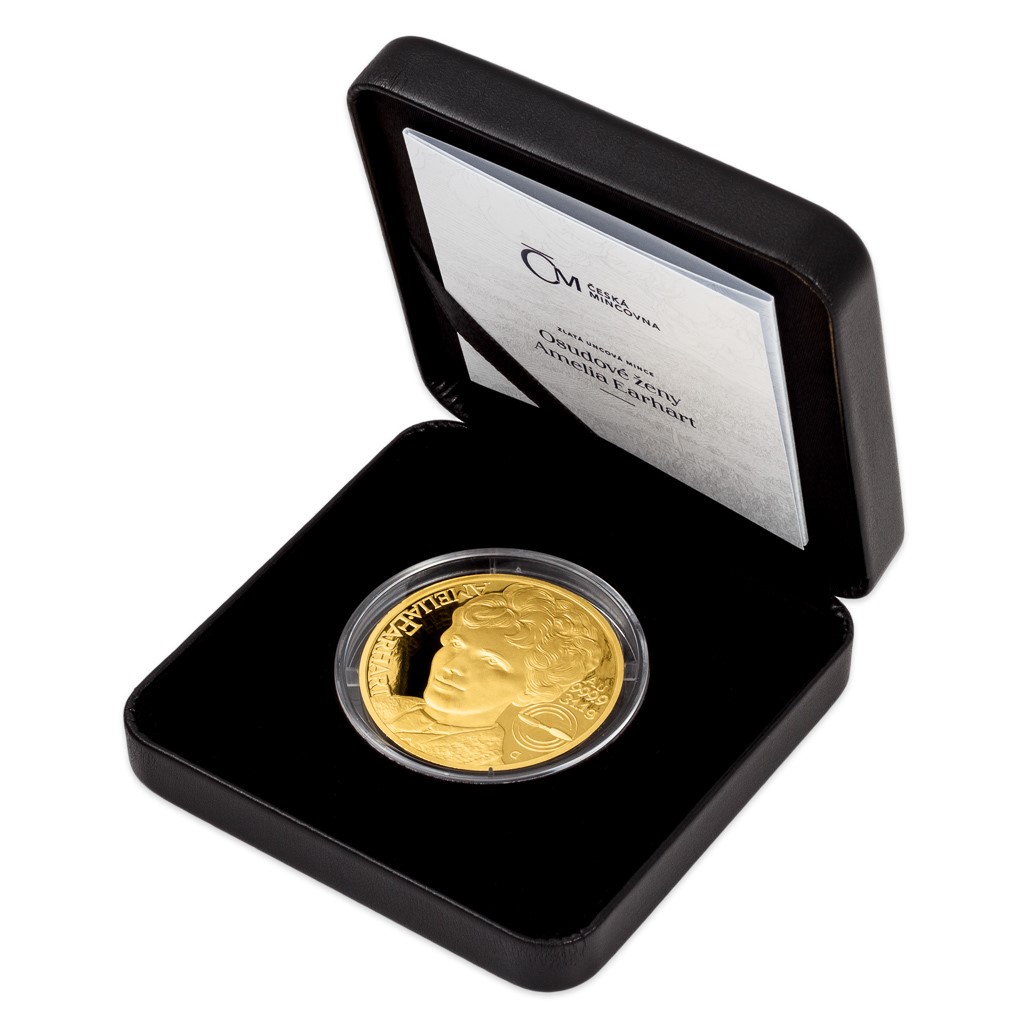 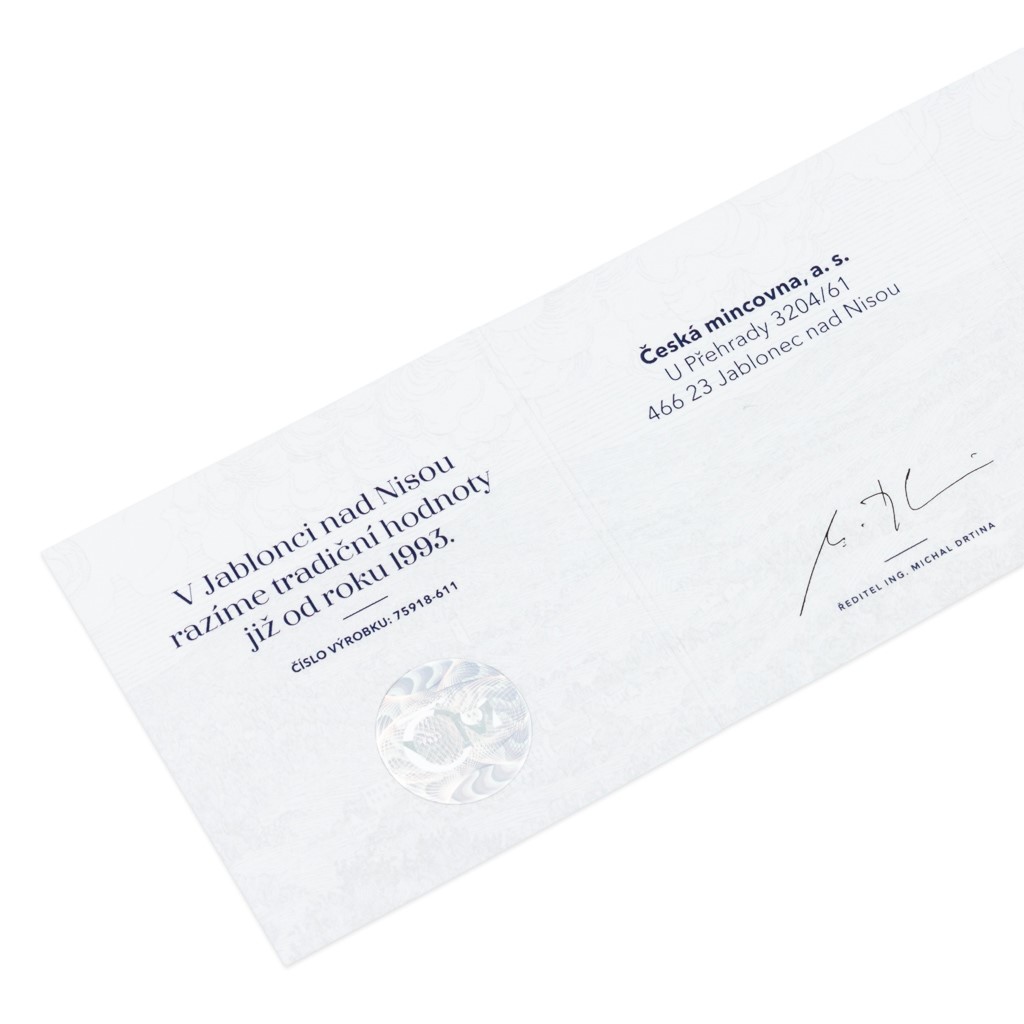 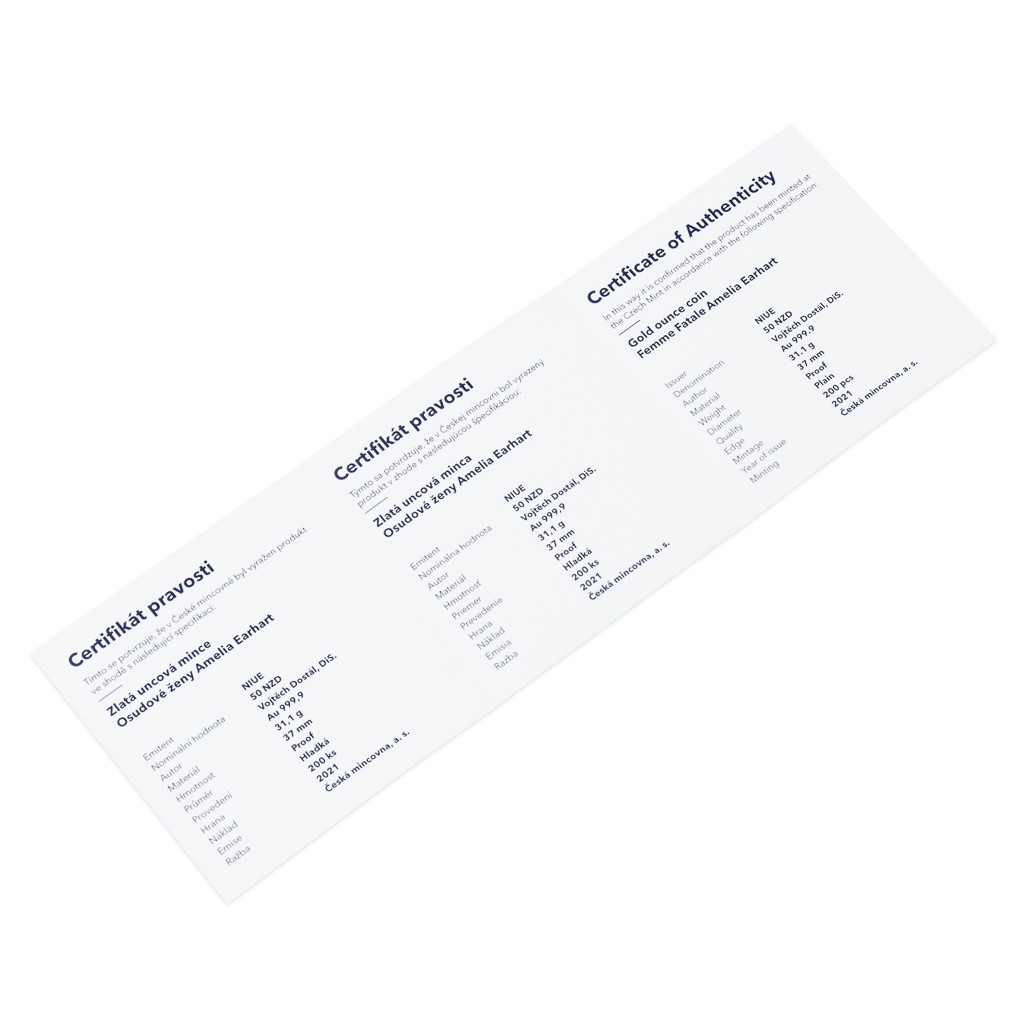 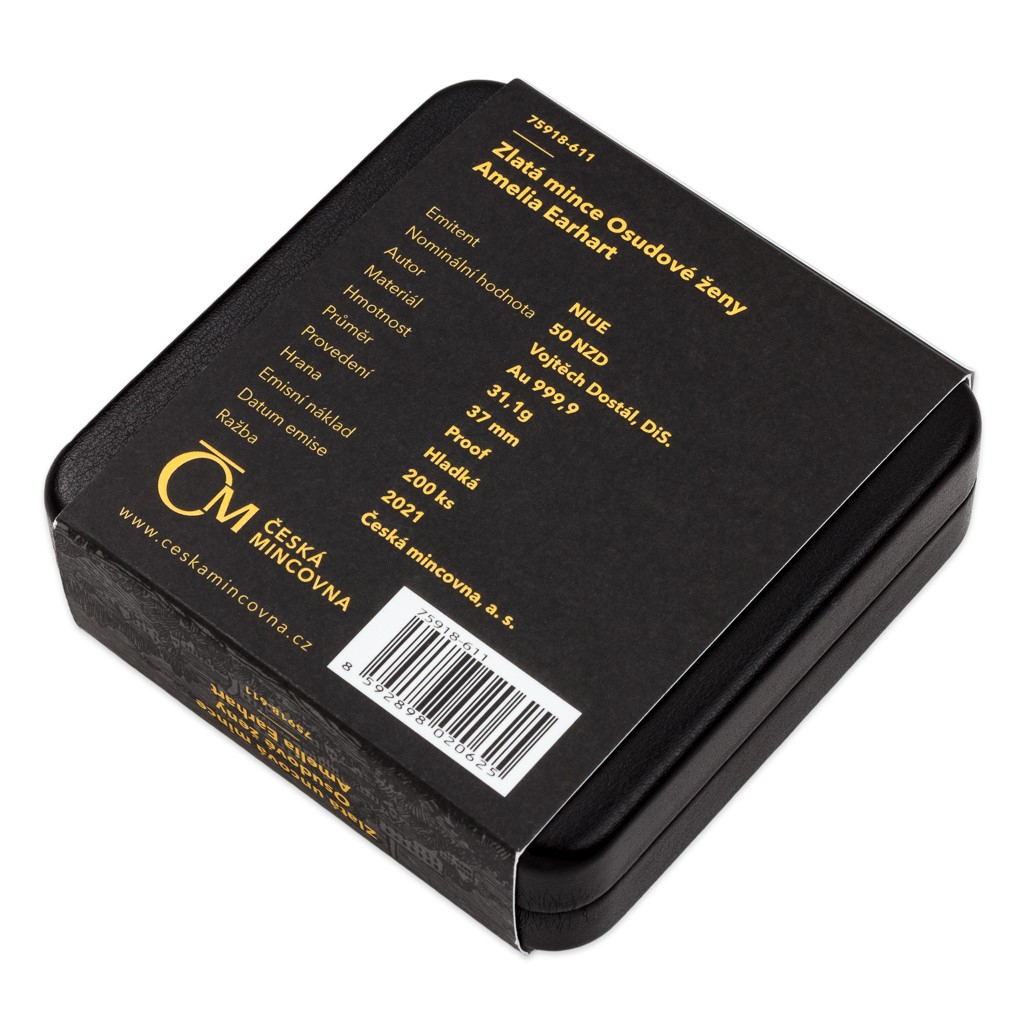 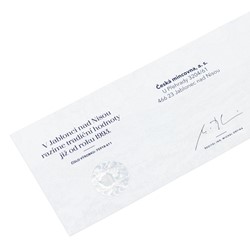