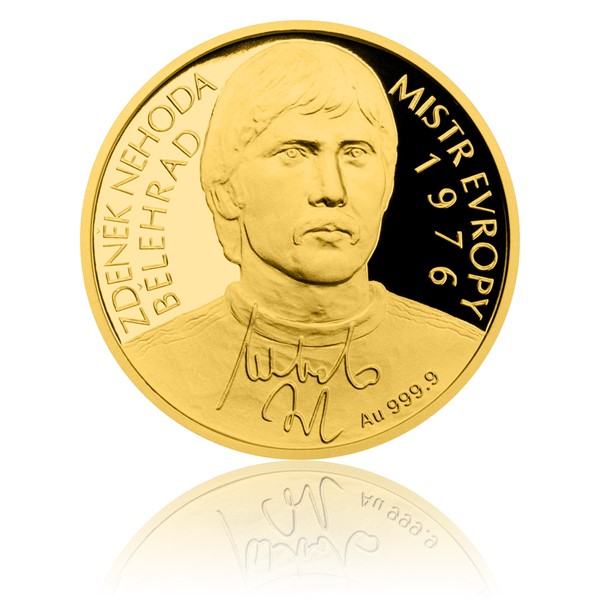 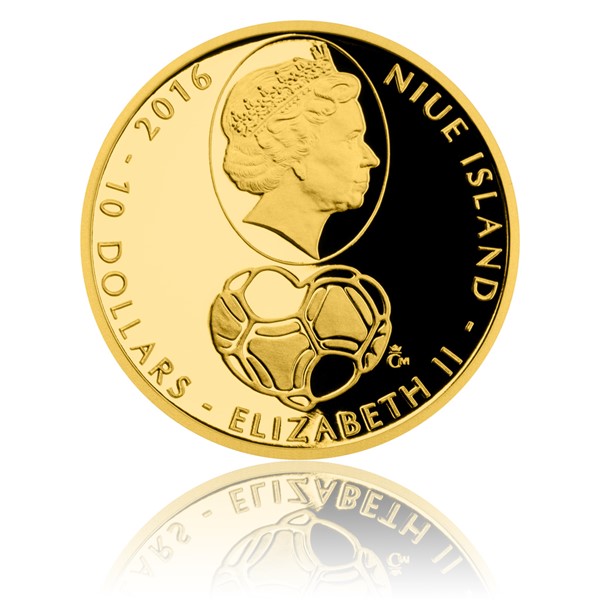 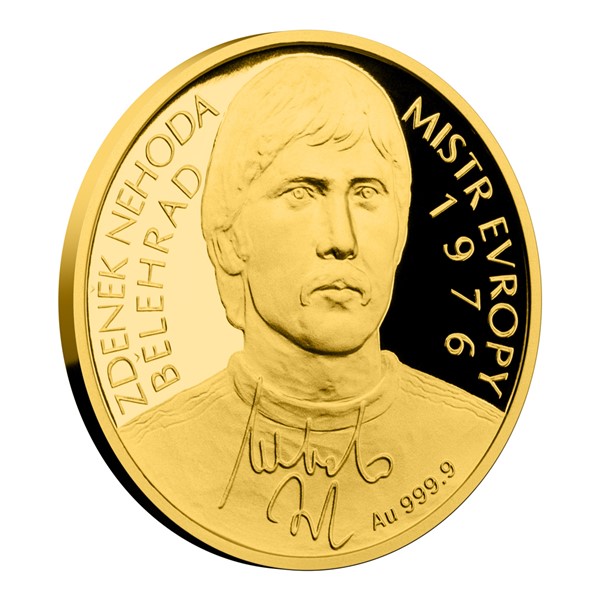 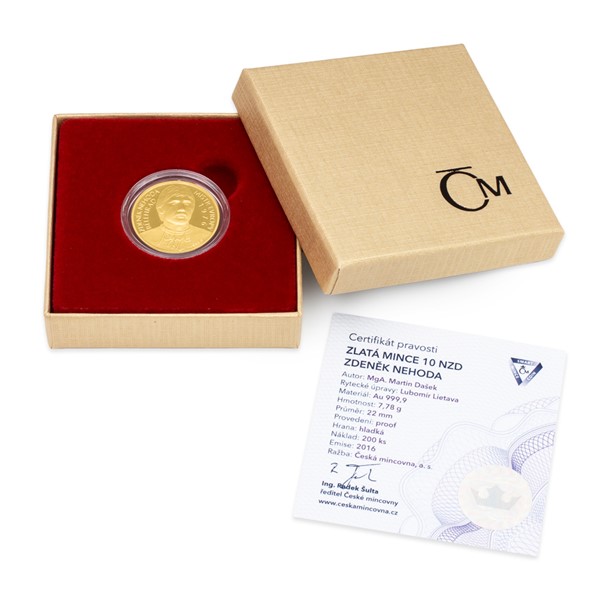 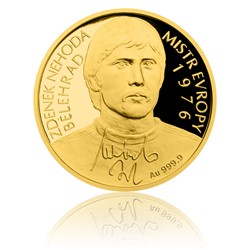 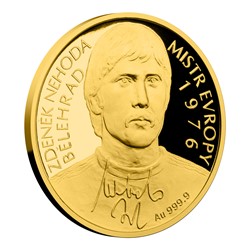 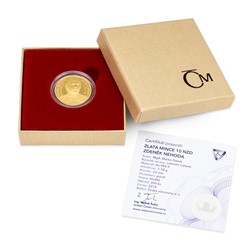 Stock state
Sold out
Date of issue
April 2016
Mintage
200 pcs
Sold out
The approximate purchase price of the product is 11,353 CZK. The purchase takes place according to the purchase rules.
Purchase rules

He obtained the title of JUDe, for many of us a synonym of success in life. However, for a footballer Zdeněk Nehoda it is only one of the achievements, that his incredibly rich life brought to him. The Czech Mint adds another one - his own gold quarter-ounce coin 10 NZD in a top quality proof, which has become the seventh adornment of the popular series of the Czechoslovak Football Legends.

Zdeněk Nehoda was born in 1952 in Hulín and as a youngster started playing in a league team TJ Gottwaldov. He did not waste his chance and despite the low age scored a several important goals. In a "gottwaldow" jersey, this nineteen year old youngster earned his first title of the ‘King of the league shooters’. After the descent of the team in 1971, Dukla expressed an interested in the footballer and took him to the Juliska stadium. And it was a win for both sides.

Nehoda confirmed the role of the league scorer during the first year, when he scored ten goals. He had already scored the hundredth league goal in the colors of Dukla in 1978. Perhaps it's no surprise, that the twice rejoiced in the title of Footballer of the Year (1978 and 1979). He had a great balance in the Czechoslovak representation as well, for which he played in the years 1971-1978 - he scored 31 goals in 91 matches. But he reached the greatest success with the national team at the European Championship in Belgrade in 1976, where the Czechoslovaks won the sensational gold!

A faithful portrait of the famous footballer has been prepared for the reverse of this original Smart coin of pure gold by the medalist MgA. Martin Dašek. On the sides he added an inscriptions ZDENĚK NEHODA, BELGRADE and the CHAMPION OF EUROPE 1976. Into the bottom area he then placed the embossed rendition of the athlete’s signature. The obverse is composed of the attributes of issuer, the year of issue 2016 and the nominal 10 NZD. Another element is the football in a heart shape - the logo of The Foundation of Football  International, which will be supported with the proceeds from the sale of coins.

The Czechs beloved theme, the excellent performance and a limited issue of just 200 pieces foreshadows a huge collector’s interested - do not hesitate with the purchase! 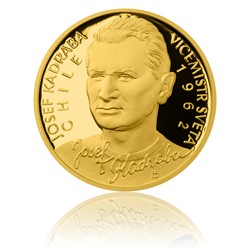 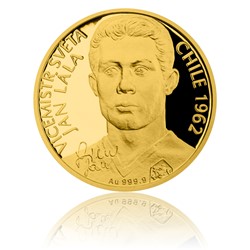 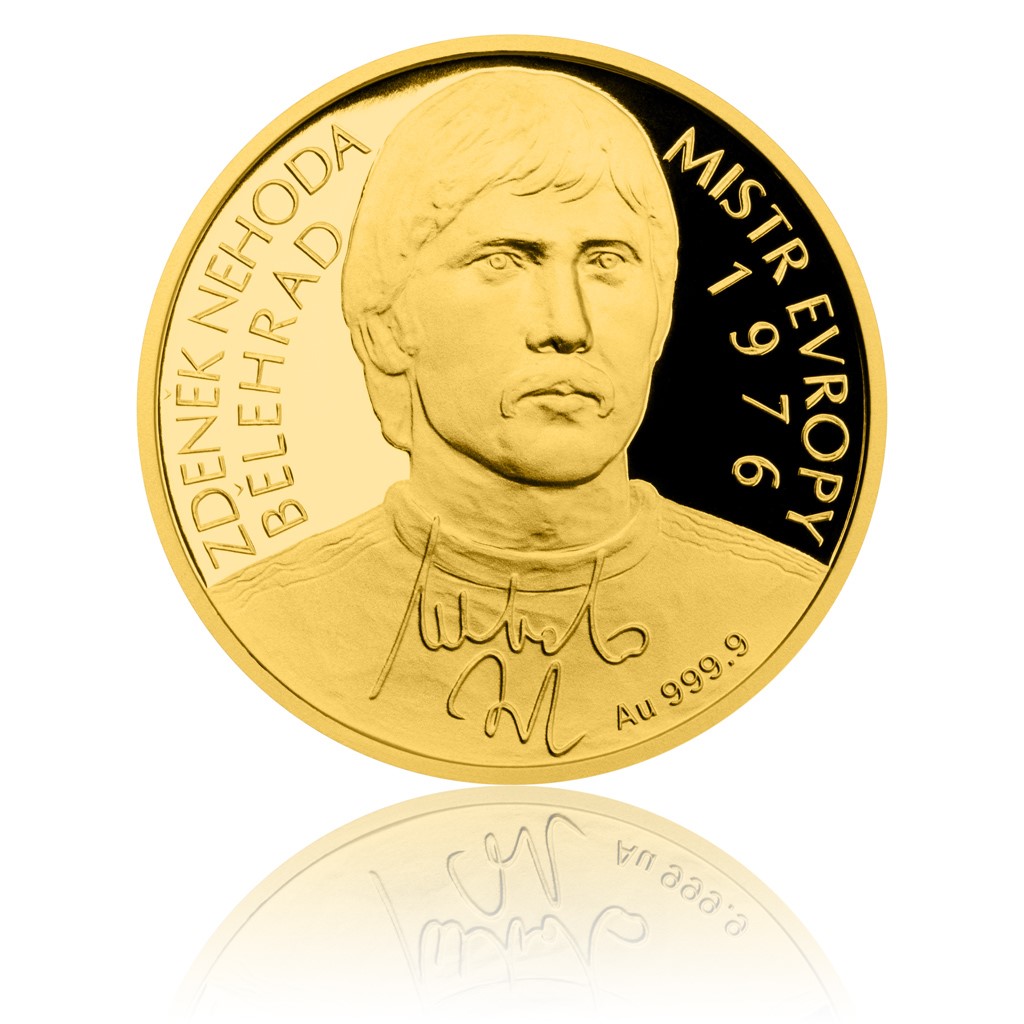 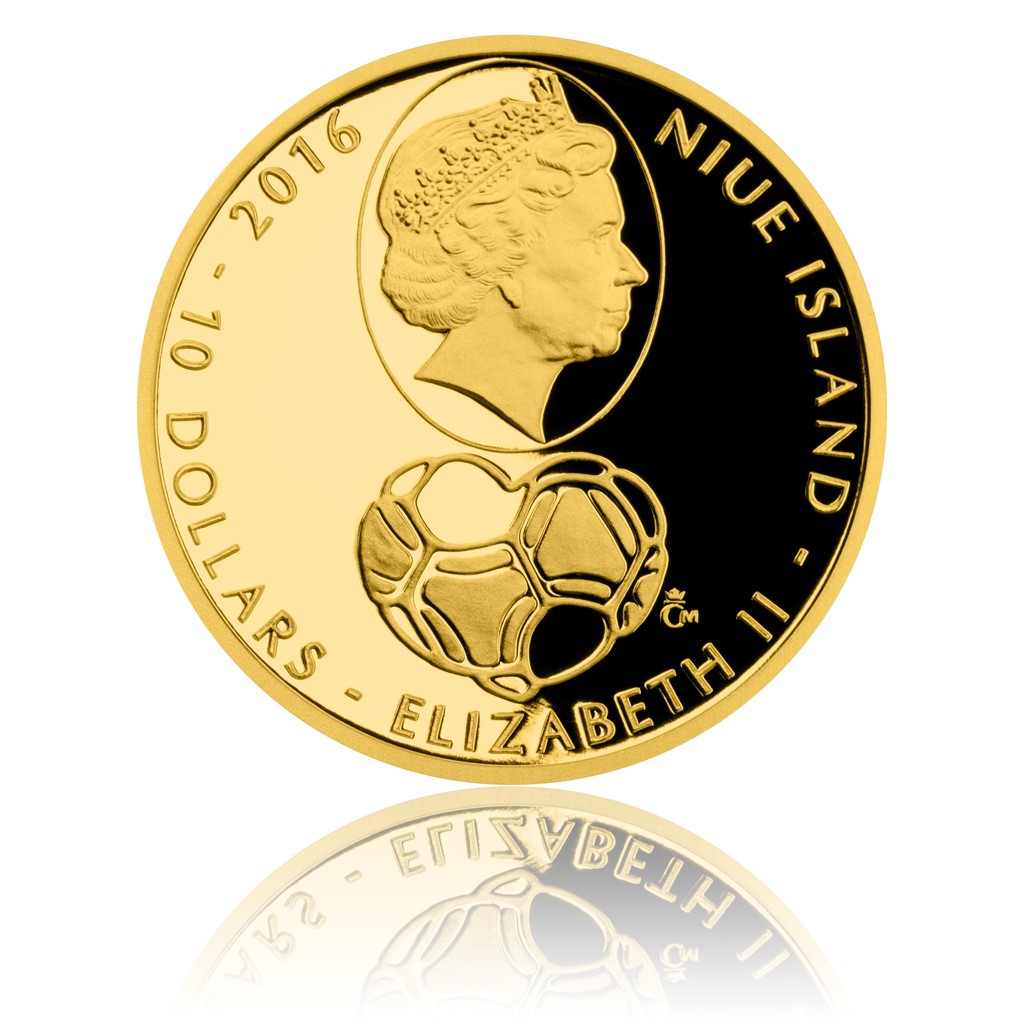 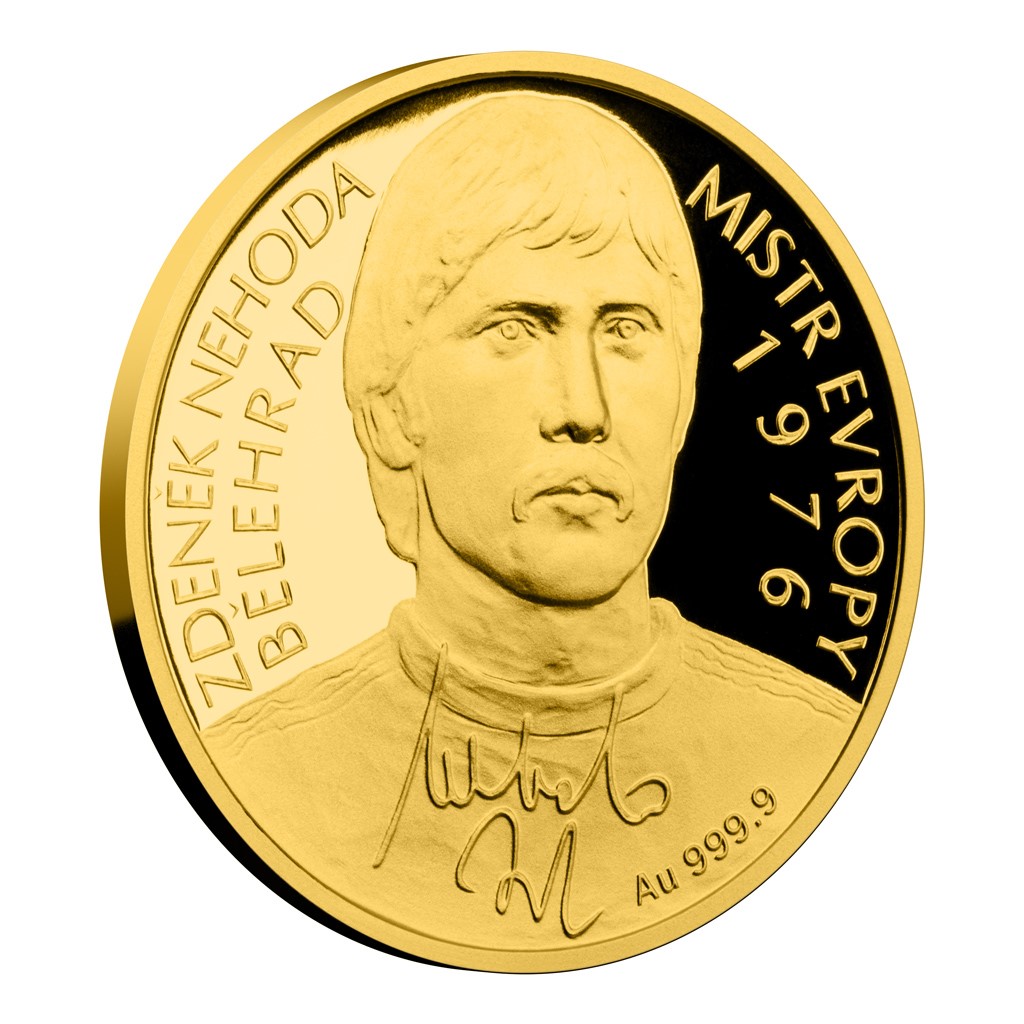 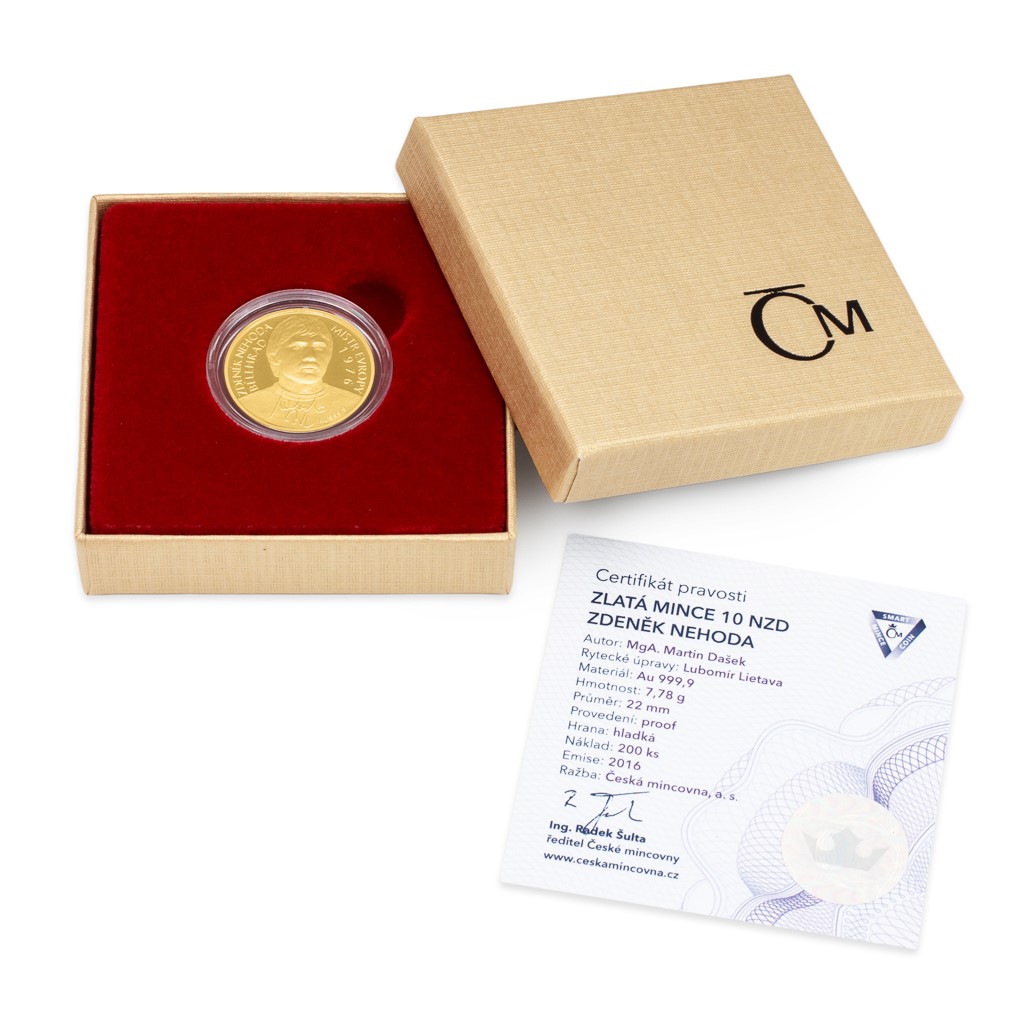