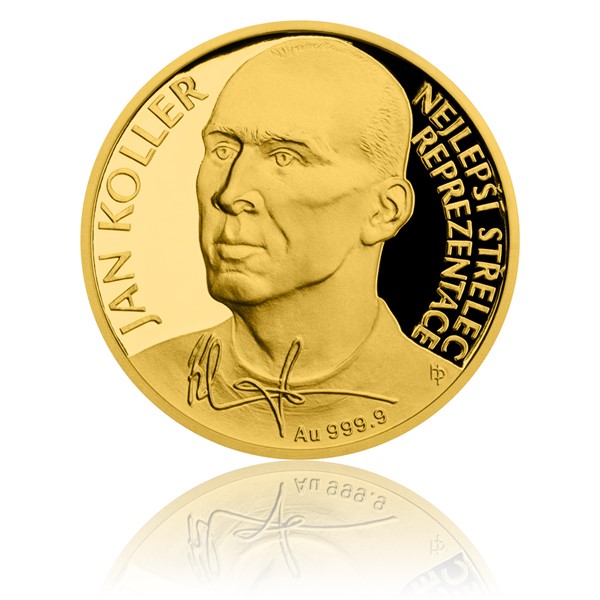 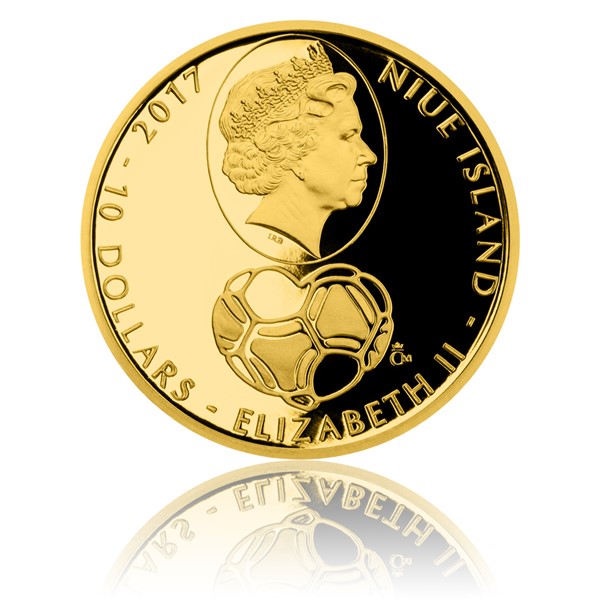 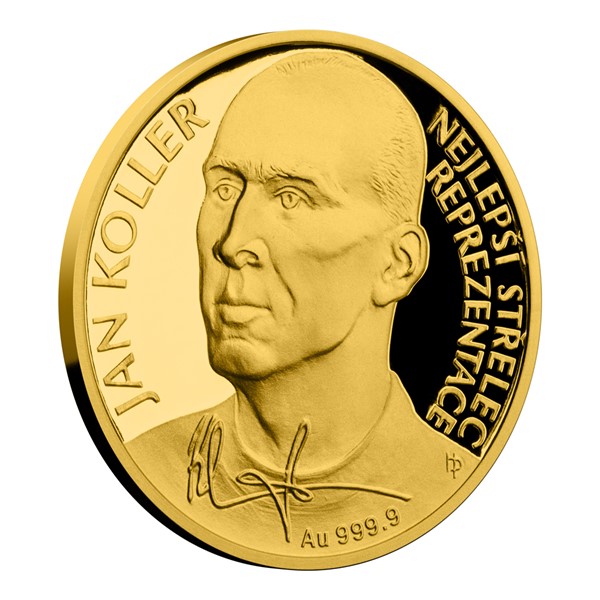 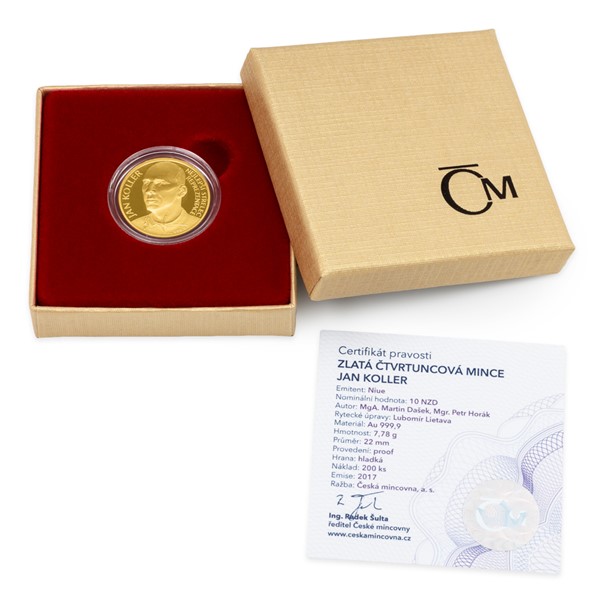 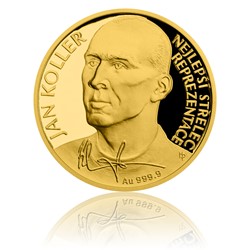 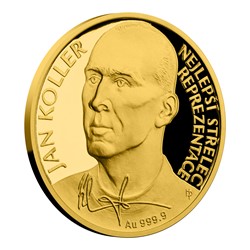 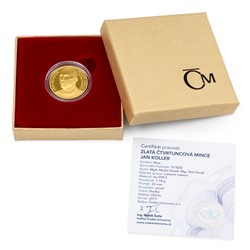 Stock state
Sold out
Date of issue
April 2017
Mintage
200 pcs
Sold out
The approximate purchase price of the product is 11,353 CZK. The purchase takes place according to the purchase rules.
Purchase rules

The collectible set of gold coins dedicated to the Czechoslovakian football legend has been closed, while the last player Jan Koller runs on the field.

Anyone who looks at Jan Koller, must be clear why he got his nickname Dino - the gentle giant, just as the prehistoric lizard, who is taller, than anything else in his way. Initially, some players called him a foul names and even the management considered him as a non-perspective football player and let him go to Belgium. They all, however, soon realized their mistake. His robust figure with height of 202 centimeters did not stop a forward in a football ballet. During his career he scored one goal after another, until he became not only a member of the elite club League of Cannons, but also the best scorer of our representation in history.

The reverse side of the coin bears the portrait of the legendary header together with his name, signature and an inscription THE BEST SCORER OF REPRESENTATION. It was designed by the experienced medal maker Mgr. Petr Horák, who is also the author of the coin of Miroslav Kadlec, Karol Dobiaš and Josef Kadraba. The obverse side of the mintage bears the necessary elements of the issuer of the coin, which is the island of Niue - the name and portrait of Queen Elizabeth II., the nominal value of 10 DOLLARS (NZD) and the year of the issue 2017. These attributes are supplemented with football in the shape of heart – ie. the logo of International Football Foundation, which enabled the release of the set of collectible coins. The main part of the proceeds from sales belongs to the foundation in order to support its charitable activities.

Close your collection in a style and do not forget the special collectable etui in the form of a football field, which can be found in the menu of the Czech Mint. 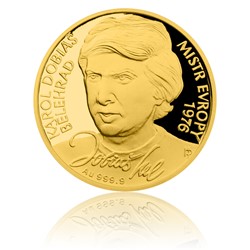 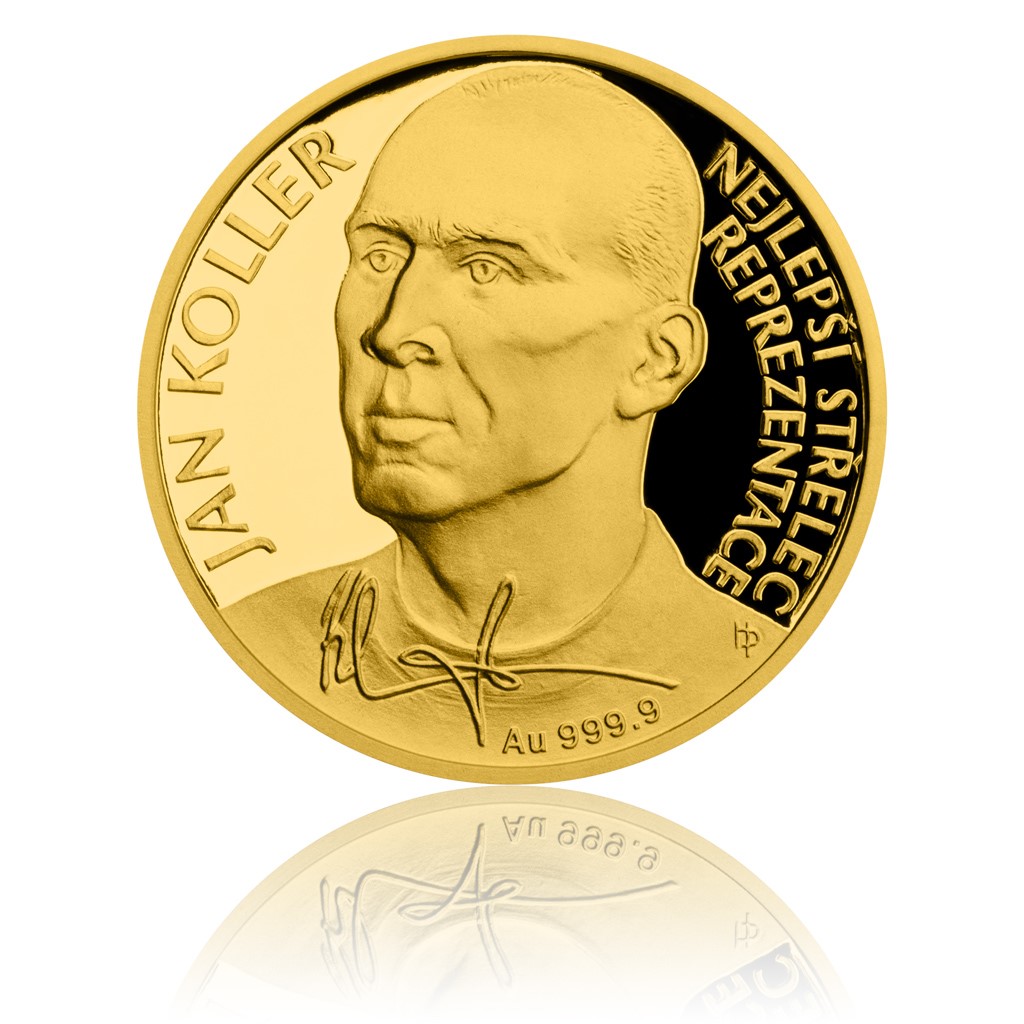 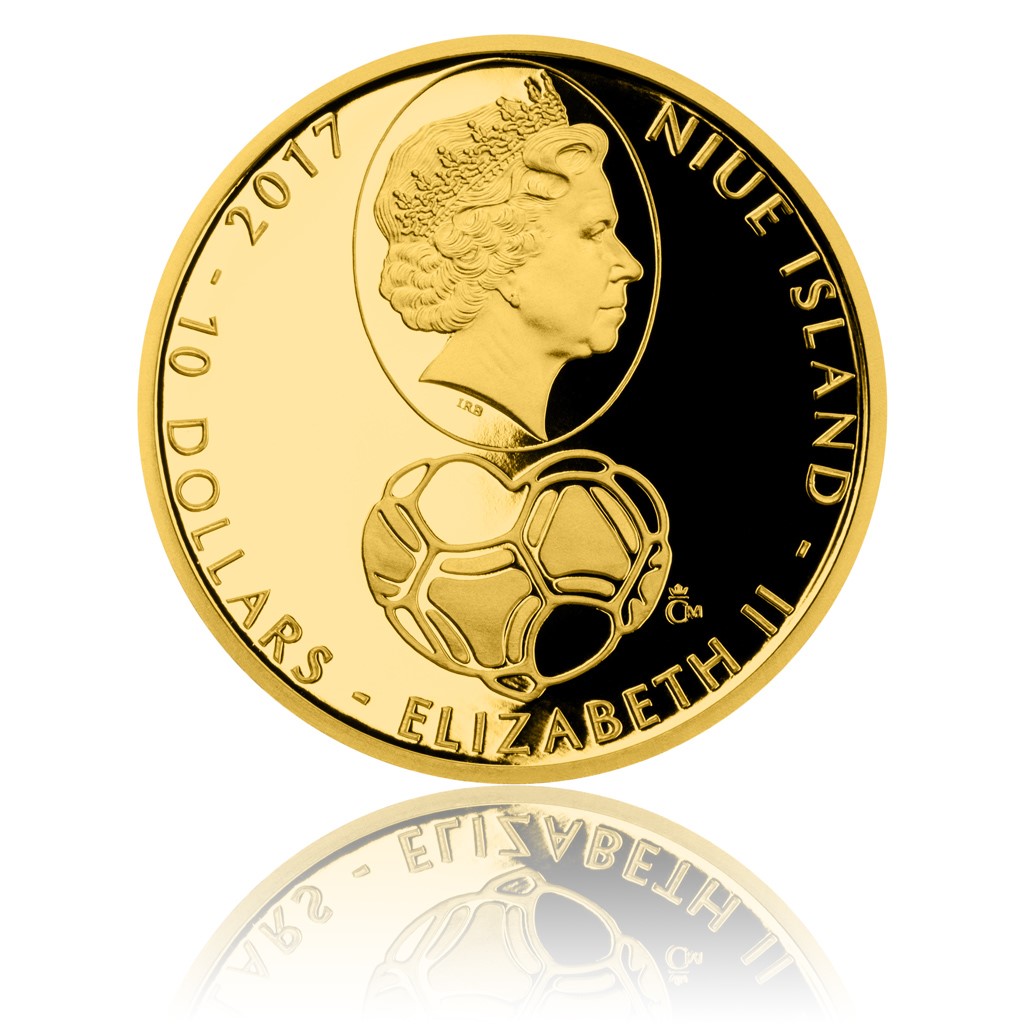 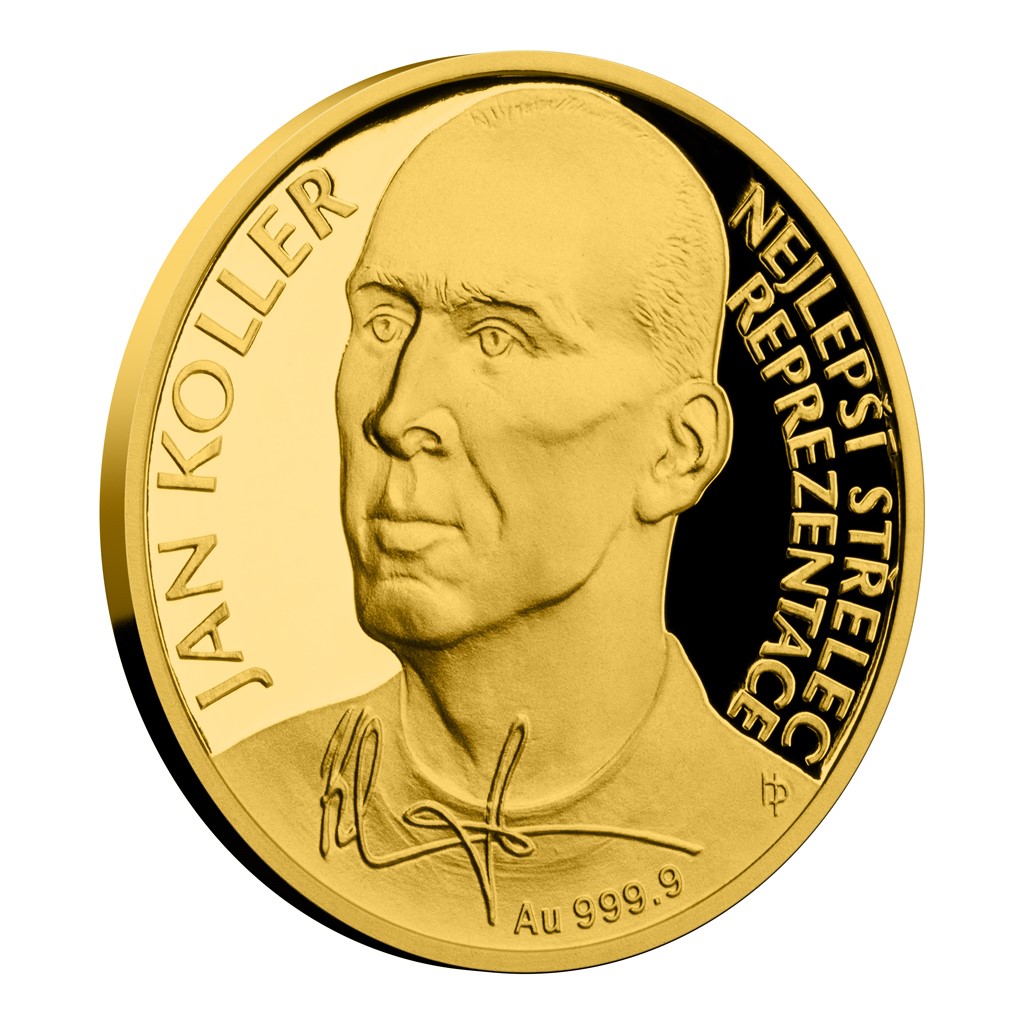 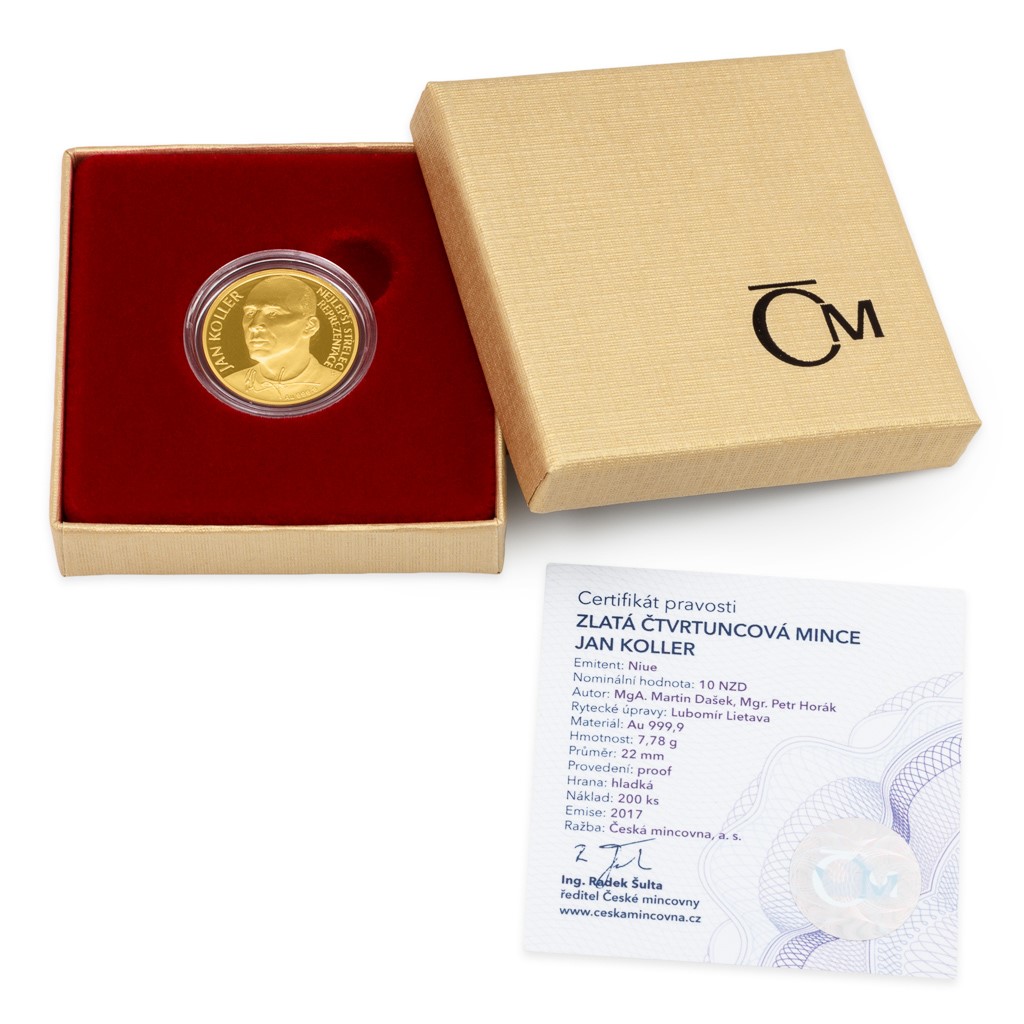