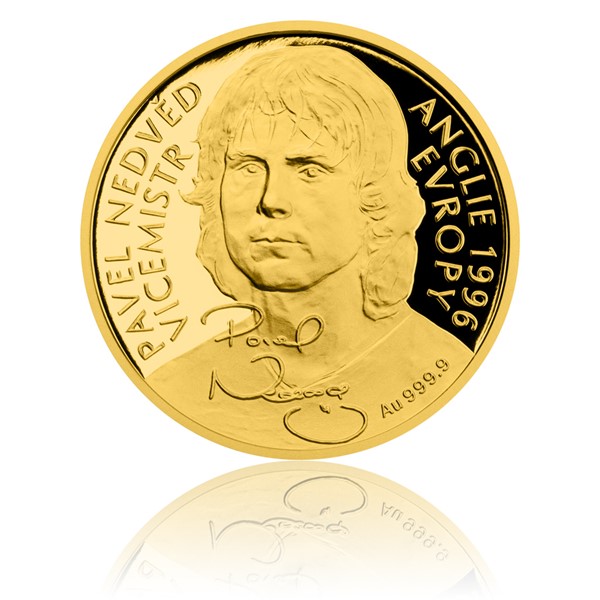 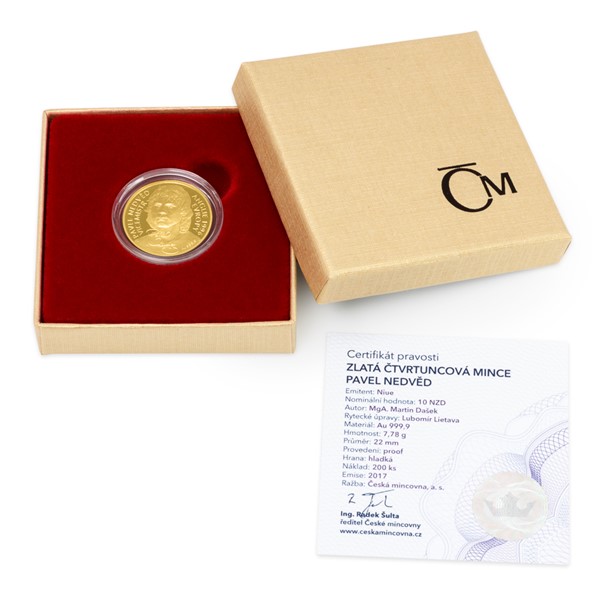 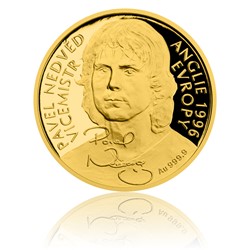 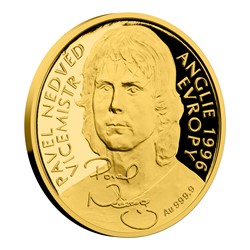 Stock state
Sold out
Date of issue
February 2017
Mintage
200 pcs
Sold out
The approximate purchase price of the product is 11,353 CZK. The purchase takes place according to the purchase rules.
Purchase rules

The subchapter of collectibles series of gold coins the Czechoslovak Football Legends of the Czech Mint, which is dedicated to the world vice champions from European Championship in England in 1996, can not conclude none other, than Pavel Nedvěd.

We're not exaggerating, when we say, that the Czech football did not have a better player in modern history. This is proved by the earnings of the Golden Ball for the best player in Europe in 2003 - an honor, that was received by only one Czech before him, the legendary Josef Masopust. His opponents and teammates describe him as stubborn, explosive, vigorous, zealous, dogged, tenacious, pioneering, … No wonder, that the world's combative midfielder is known by the nicknames Grande Paolo, Czech furies, or Stachanovec Robot d'acciaio (The steel robot)!

The artistic form of both sides of the coin has created a talented medalist MgA. Martin Dašek. The reverse bears the unmistakable portrait of Pavel Nedvěd with his shaggy hairstyle completed with his signature and the inscription PAVEL NEDVĚD, VICEMISTR EVROPY, ANGLIE 1996. /Pavel Nedvěd, European vice champion, England 1996/ The obverse side of the mintage belongs to the attributes of the island of Niue, which provides a license to issue the commemorative coins for the Czech Mint. On it you will find the name and portrait of Queen Elizabeth II., the nominal value of the coin 10 DOLLARS (NZD) and its year of release 2017. These essentials are supplemented with a foot ball in the shape of heart, a logo of the Foundation of Football Internationals, which allowed the issuance of this series and part of the proceeds from the sale will support our retired players.

The collectors of these football coins can store them in a unique football box in the form of a field - you can find it in the menu of the Czech Mint. 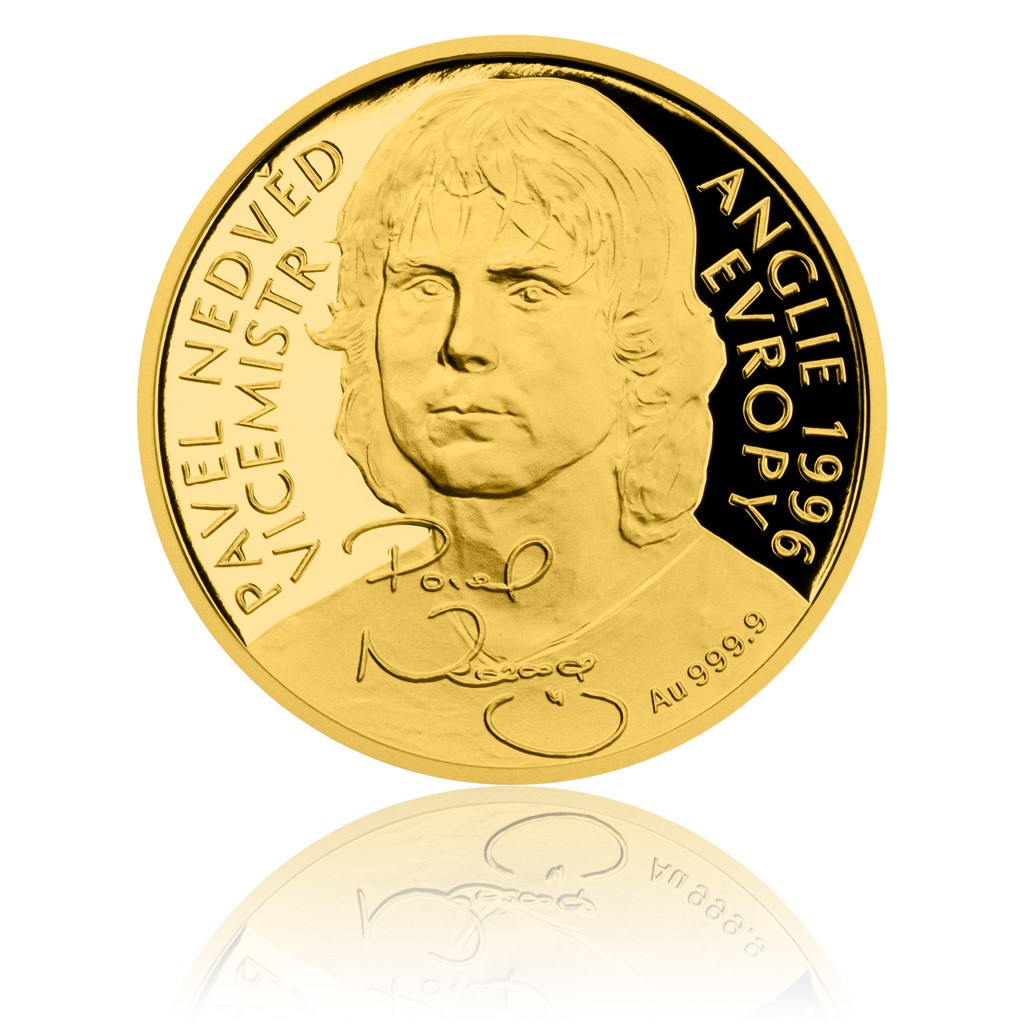 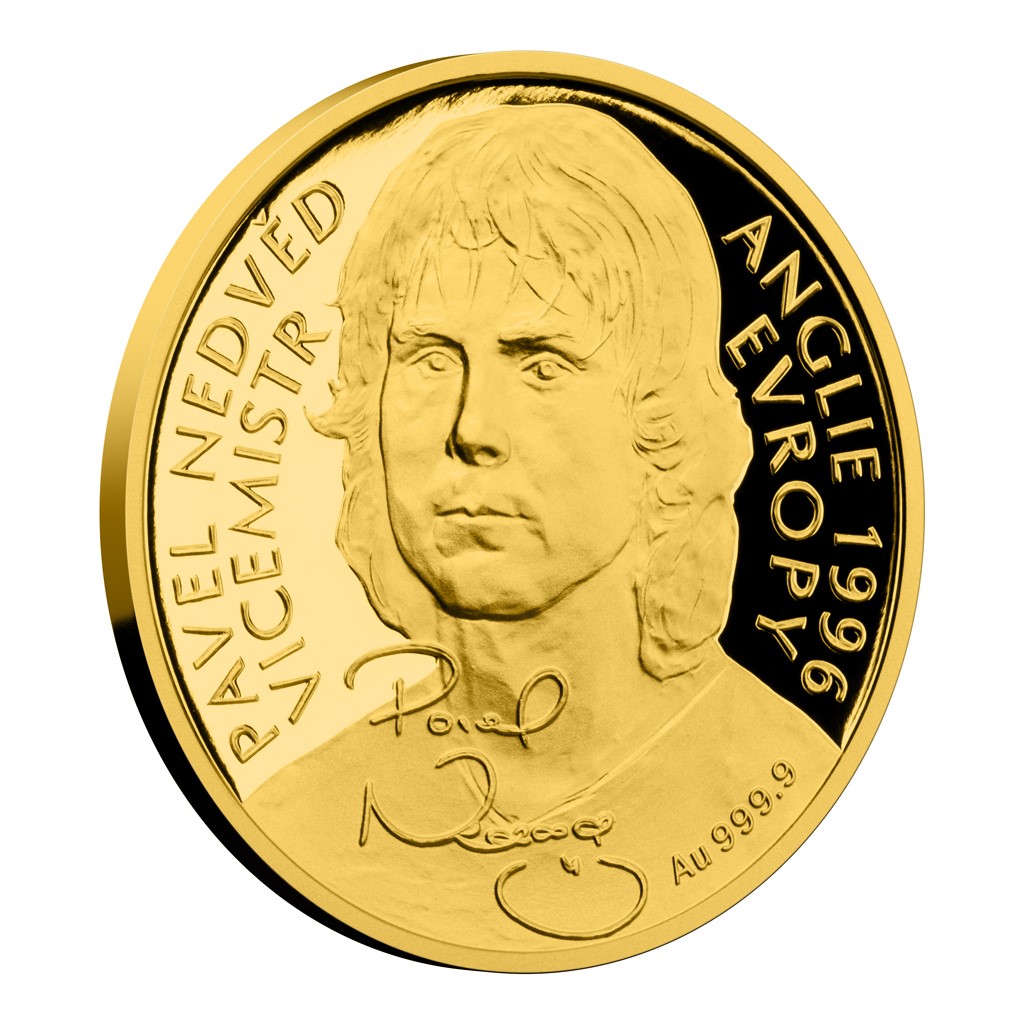 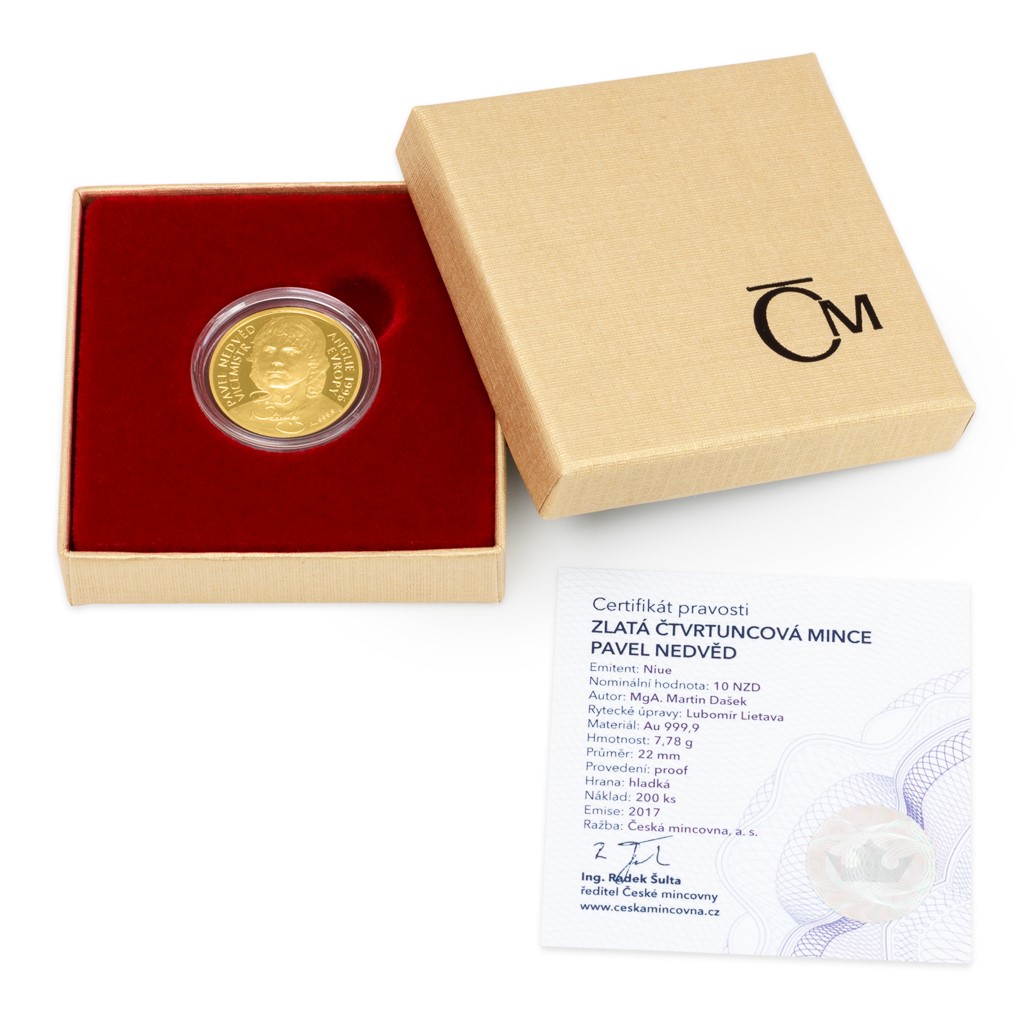