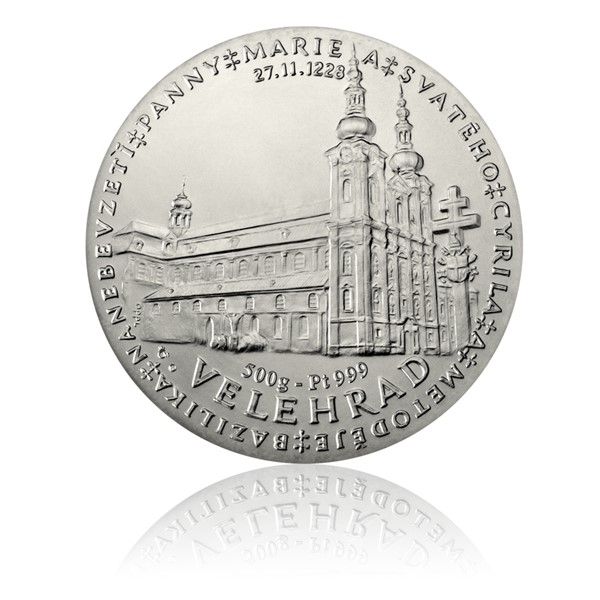 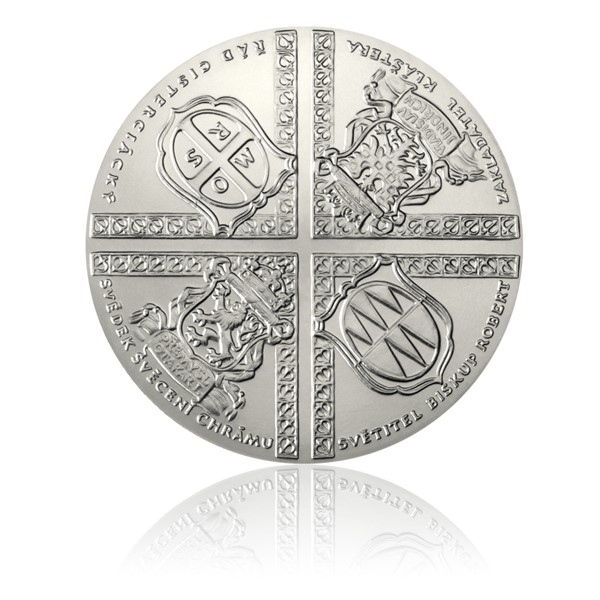 The medal is made of pure platinum: the raw material for it came from the Vienna Mint. This is proven by an international certificate printed on hand-made paper produced in Velké Losiny (Czechia) with a metal stamp in the shape of the medal. The certificate is placed in a hand-made paper folder.

The three-aisled Basilica of the Assumption of Mary and St. Cyrillus and Methodius at Velehrad is a jewel of the Moravian Baroque architecture. It is part of the Velehrad monastery which is historically a spiritual centre and the most notable pilgrimage site in the Czech Republic.

The history of this place dates back more than 800 years when the first 12 Cistercian monks came to the valley of the Salaška river in 1205 to build their monastery close to the village of Veligrad (today Old Town). The name of the monastery was derived from the name of the village, and it soon became a bearer of a much older spiritual tradition which goes back to the 9th century when Byzantine Greek brothers Cyrillus and Methodius, the missionaries of Christianity, came to Moravia. Velehrad became a renowned pilgrimage site and thousands of pilgrims have been coming to this place for centuries. In 1990, they were joined by pope John Paul II.

The obverse side features the basilica in perspective while its full name spreads around the rim of the medal. (The title of basilica was awarded to the church in 1928 based on the decision of pope Pius XI.) The name of the village - Velehrad – is placed in the lower part of the medal above the text in circumscription. The date of consecration of the basilica can be found in the upper part.

The reverse side features coats of arms identical with those depicted in the stained-glass panes of the basilica – they are placed in the space divided by a cross with linden leaves (a symbol of the National Pilgramage).

Texts in the circumscription are also based on texts in the window panes, they are, however, shortened. This composition reflects contemporaries of the consecration of the first Cistercian church in Moravia, king Ottokar I of Bohemia (in Czech Přemysl I. Otakar) and founder of the monastery, margrave Vladislaus III (in Czech Vladislav Jindřich). 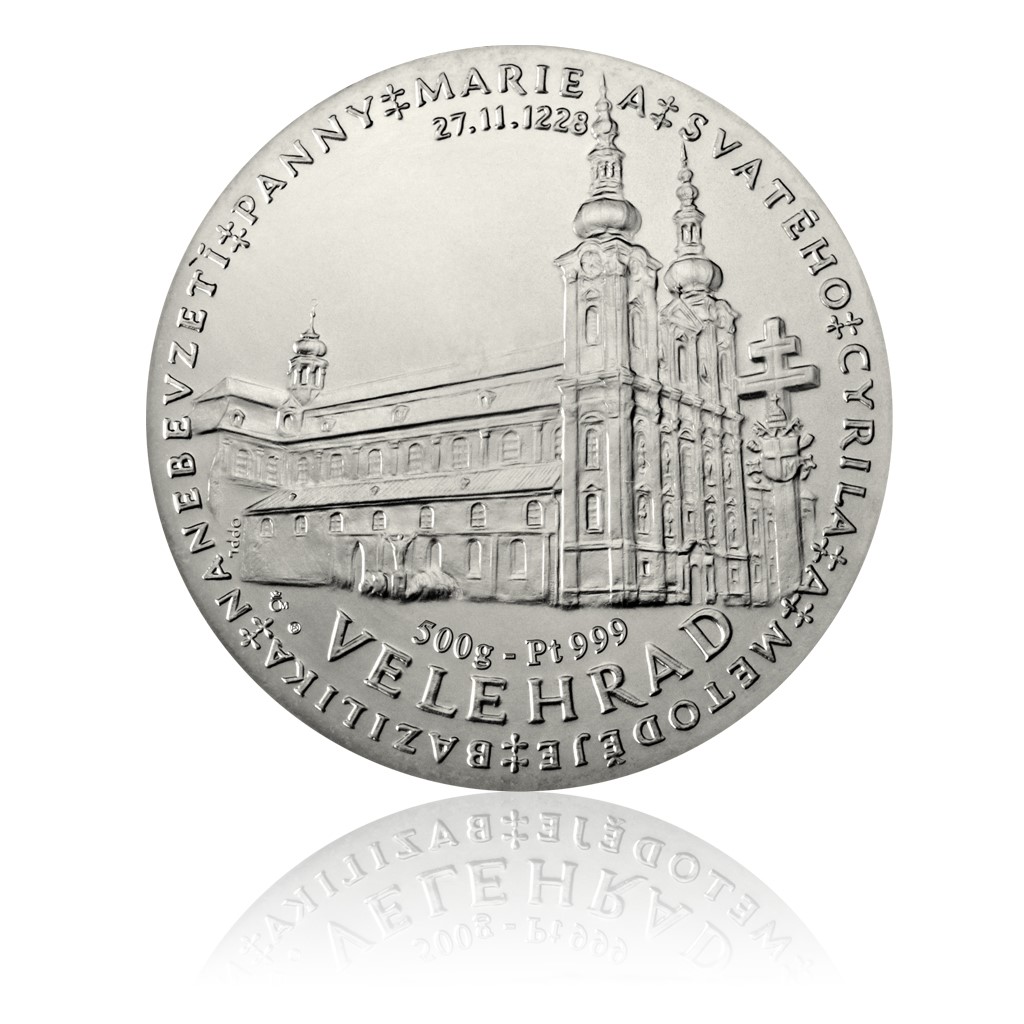 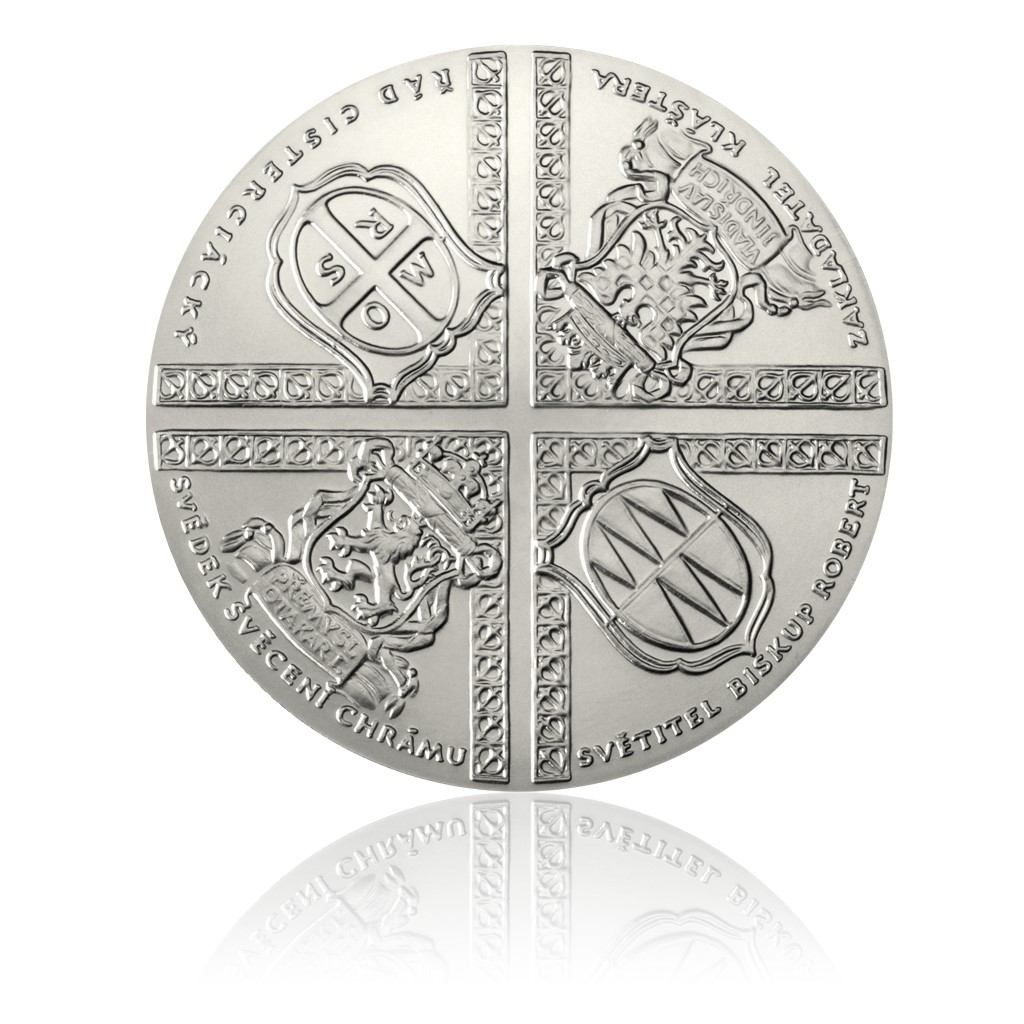