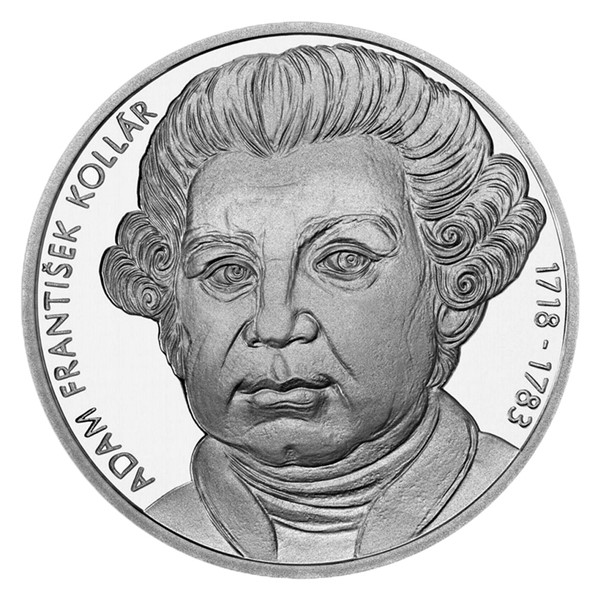 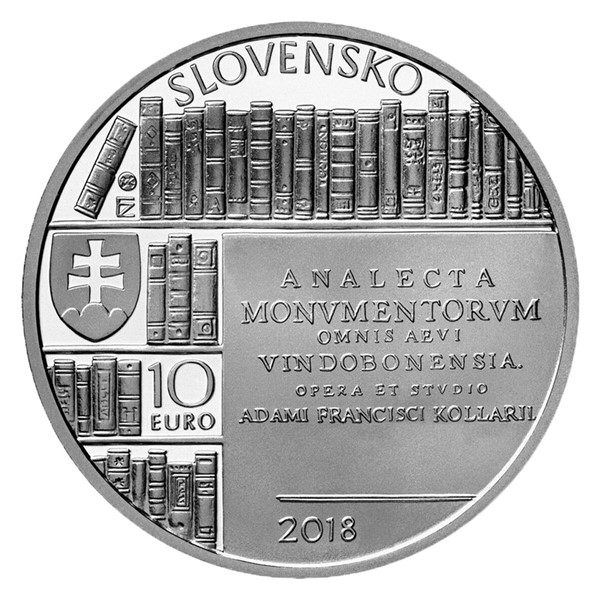 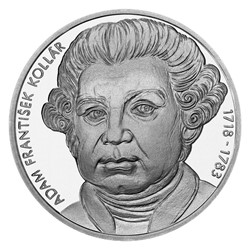 Stock state
Sold out
Sold out

The National Bank of Slovakia issued a silver commemorative coin minted in standard quality to the occasion of the 300th anniversary of the birth of the scholar A. F. Kollár.

Adam František Kollár is known as the "Slovak Socrates" - partly for his enlightened wisdom, partly for his incredible insight and knowledge, which he gained from various sources. He studied grammar school and theology, but decided to leave the Jesuit order before his ordination. He worked in the Vienna court library and became its director. He knew many languages - Slovak, German, Hungarian, Latin, Greek, French, Italian, all the major Slavic languages, but also Turkish, Persian and Hebrew. His extensive research activities included linguistics, law, philosophy, pedagogy and history, with an emphasis on the history of Hungary. He was the first person to define ethnology and studied Slavic and Oriental peoples. He became a close associate of the influential court physician, diplomat and librarian Gerard van Swieten, and it is no wonder that the Empress Maria Theresa herself gave him a hearing. A man who was adamant about the need for a fundamental transformation of an outdated feudal society, became her advisor on education and made a major contribution to the educational reform that would influence the future not only of the monarchy but of the whole of central Europe.

The obverse side of the coin, designed by the academic sculptor Zbyněk Fojtů  bears a depiction of a contemporary library supplemented with Kollár's scholarly work "Analecta monvmentorvm omnis aevi Vindobonensia" (Vienna Collection of Documents of All Times). The composition is supplemented with the attributes of the issuer - the state emblem of the Slovak Republic, the inscription SLOVENSKO (SLOVAKIA), the nominal value of 10 EURO and the year of issue 2018. The reverse side is dominated by Kollár's portrait supplemented with his full name and the years of his life 1718 and 1783.

The coin was minted by the Slovak Mint Mincovňa Kremnica. 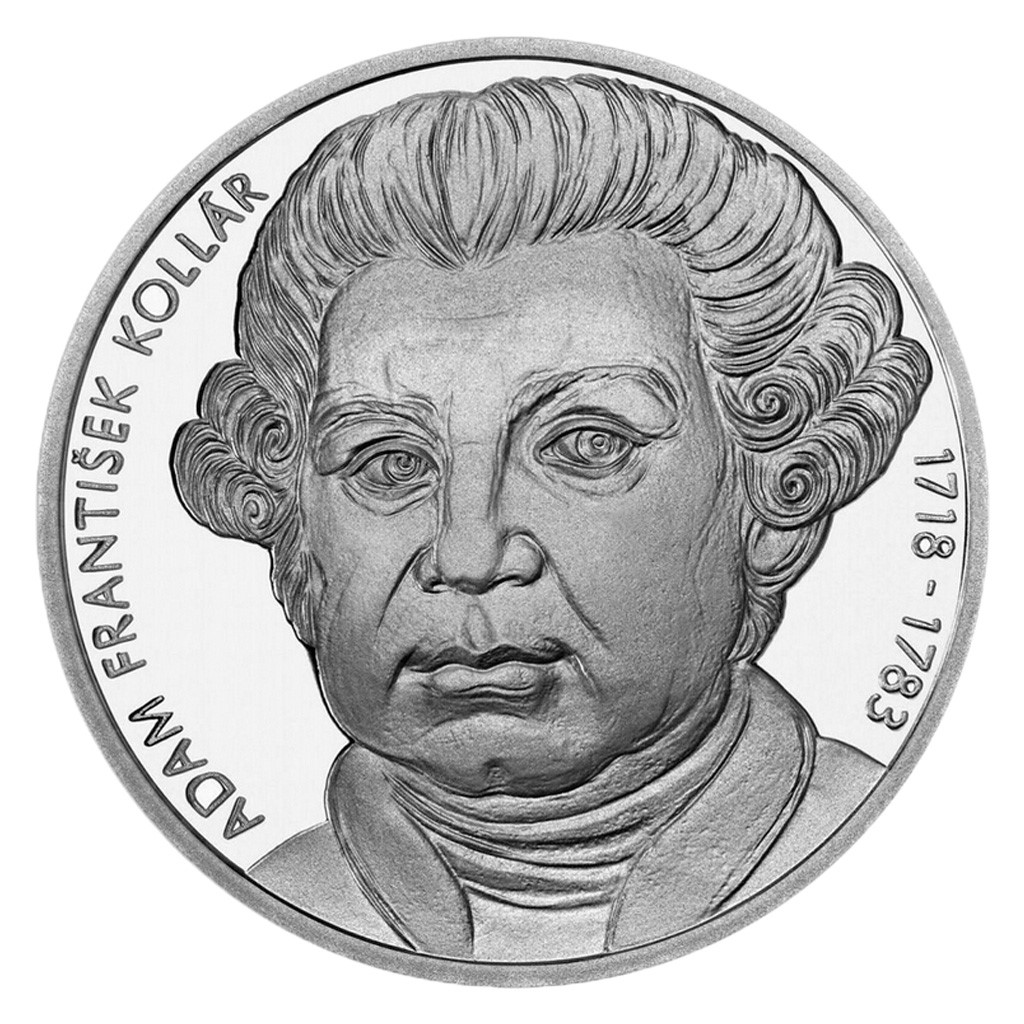 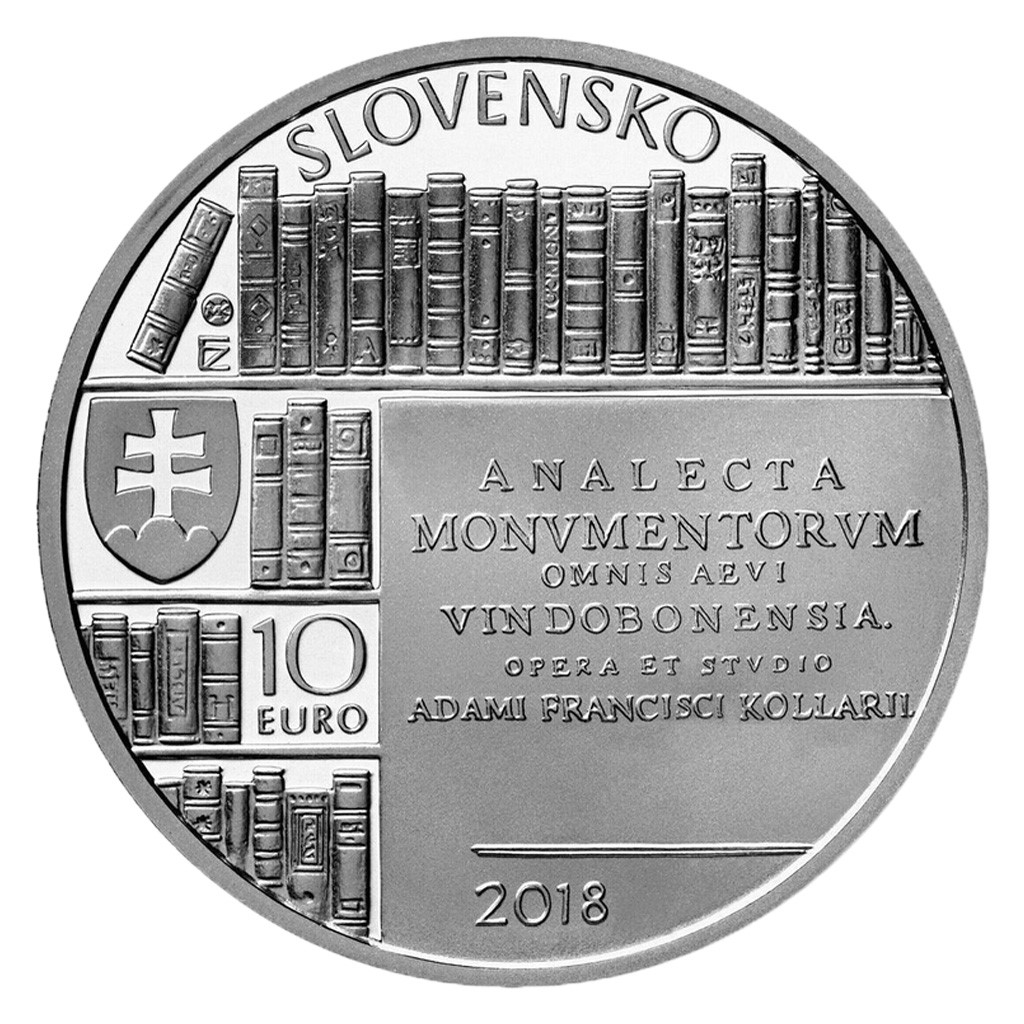