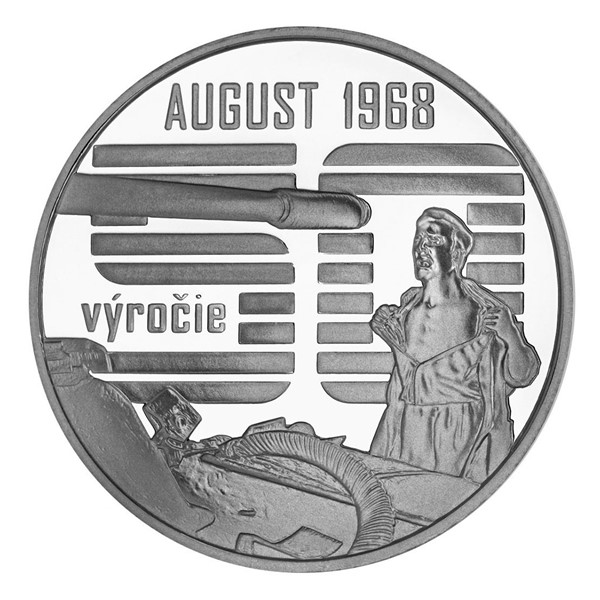 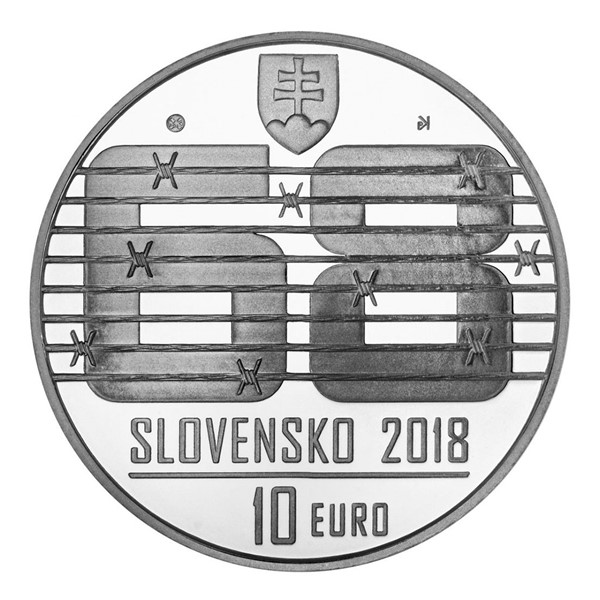 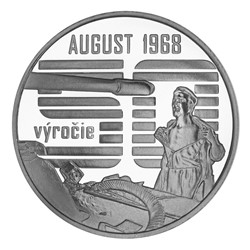 Stock state
Sold out
Price
1,150 CZK
including VAT
Sold out

The Slovak silver euro coin was minted in quality standard to the occasion of the 50th anniversary of the events that took place in August 1968.

Czechoslovakia became a vassal of the Soviet Union and a totalitarian regime was established after the communist coup in 1948. Two decades later, however, better times were to come. Not only ordinary people, but also the reformist communists at the head of the state yearned for political, social and economic change. But the free-thinking period of liberalisation in 1968 was suddenly and brutally suppressed by the military invasion of the "friendly" armies of the Warsaw Pact. Throughout Czechoslovakia, citizens expressed non-violent spontaneous resistance, but unfortunately the occupation, which lasted for the next twenty years, could not be prevented. The era of "normalisation" was ushered in - all the gains of the "Prague Spring" were suppressed, totalitarian practices were strengthened and political and economic conditions returned to the levels of the 1950s...

The reverse side of the coin bears a fragment of a photograph by Ladislav Bielik, showing a man with his chest exposed resisting an enemy tank. The inscriptions on the reverse state: AUGUST 1968 – 50. VÝROČIE. The obverse side is dominated by the numeral 68, which is bound with barbed wire. The composition of the obverse side is supplemented with the inscription SLOVENSKO, státní znak (translated as SLOVAKIA, the state emblem), the nominal value of 10 EURO and the year of issue 2018. All this is the work of the medal maker Mgr. Art. Patrik Kovačovský.

The coin was minted by the Slovak Mint Mincovňa Kremnica and issued by the National Bank of Slovakia. 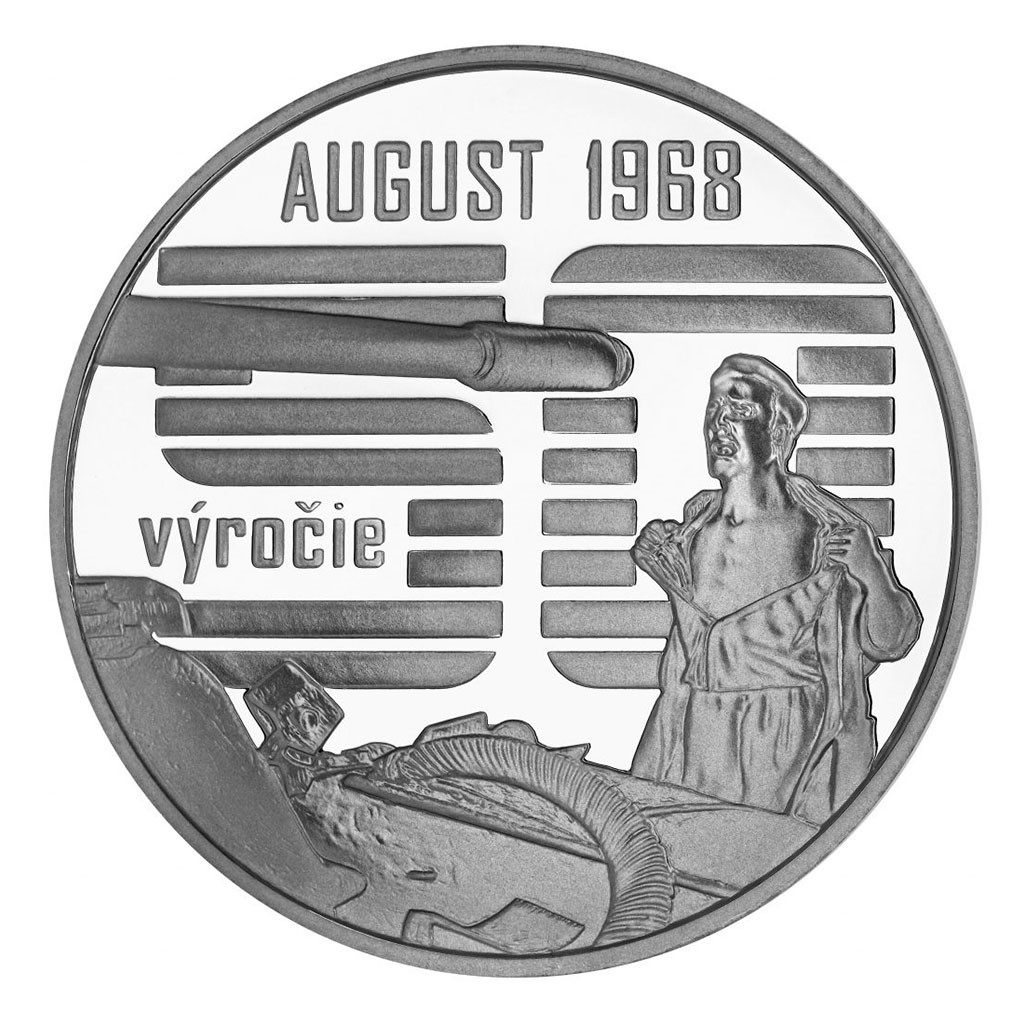 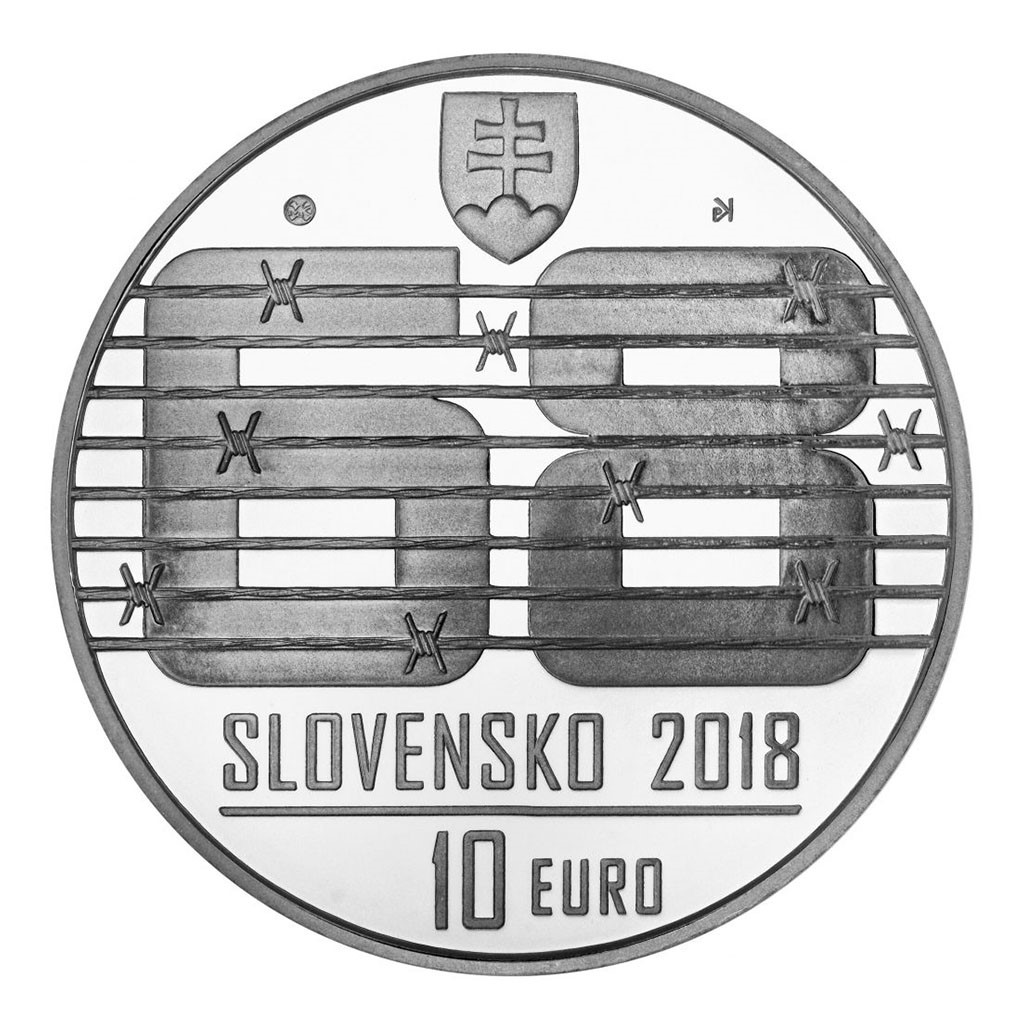