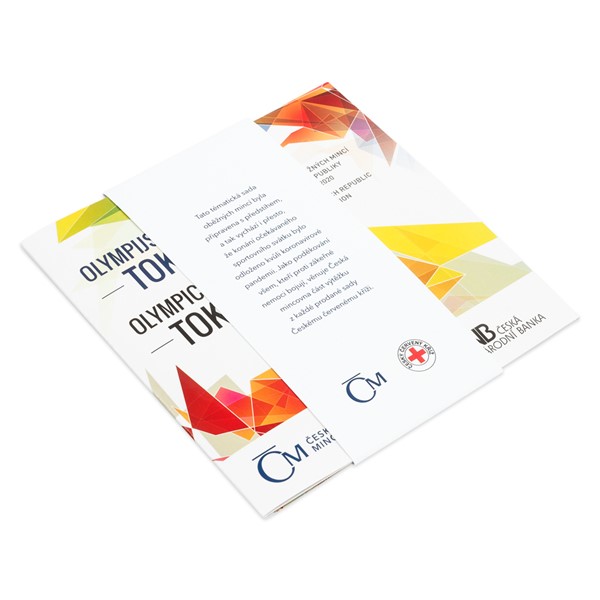 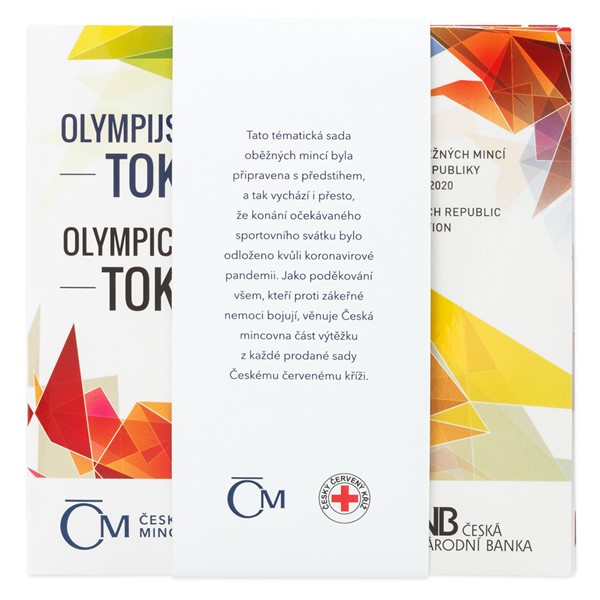 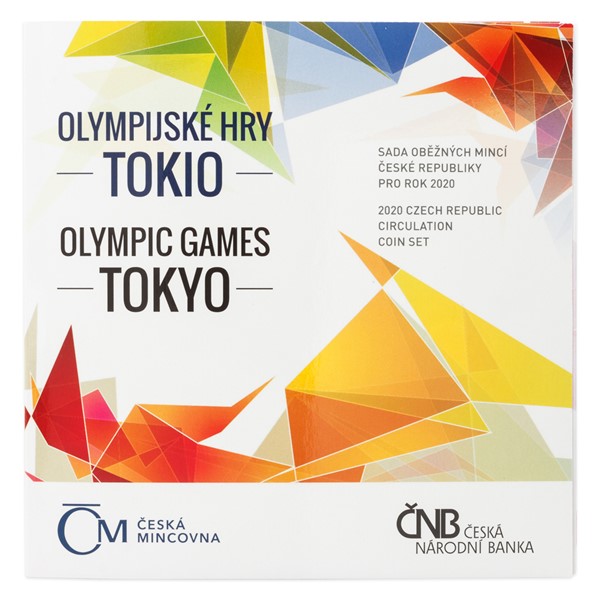 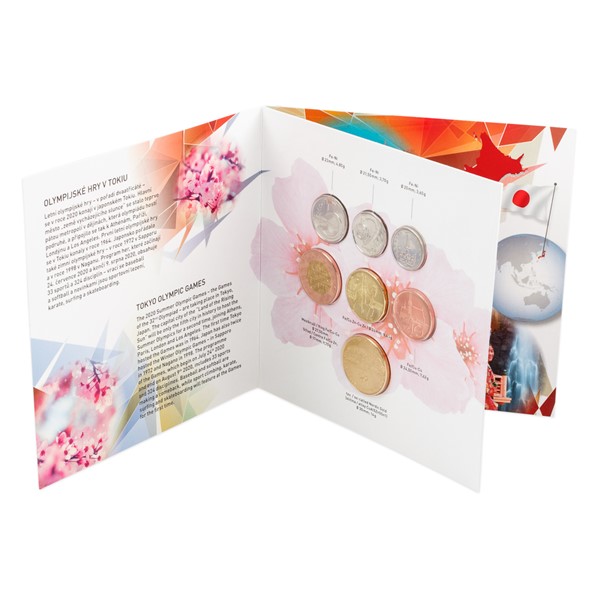 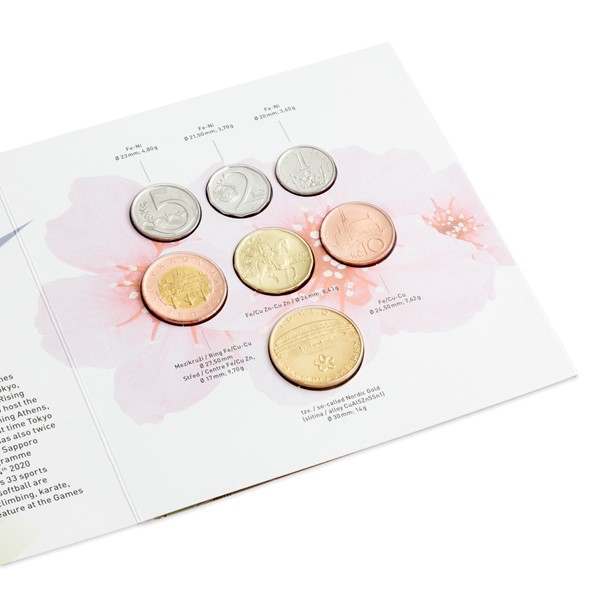 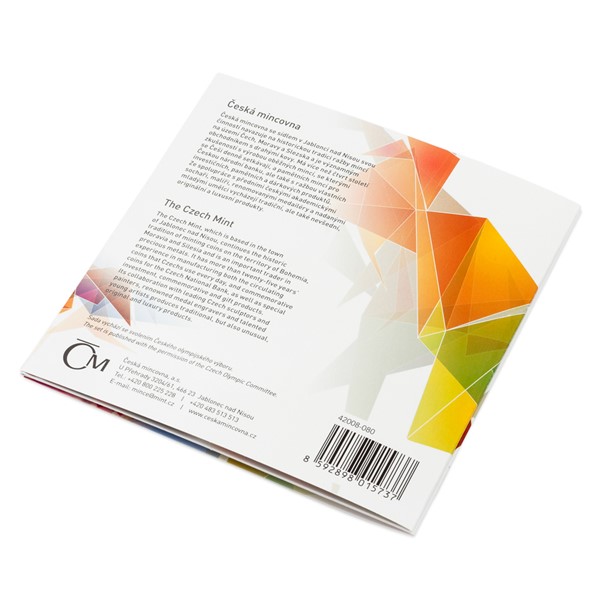 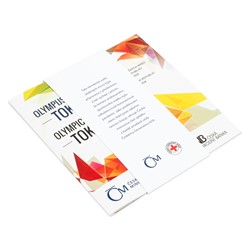 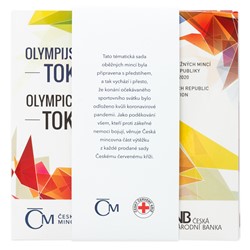 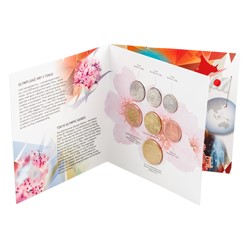 The traditional sports set of circulation coins of the Czech Mint and the Czech National Bank was dedicated to the Summer Olympics in Tokyo in 2020, which, however, did not take place in the end.

The 32nd Summer Olympics were to be held in Japan in 2020, but had to be canceled due to a coronavirus pandemic that swept the world at the beginning of the year and required strict quarantine measures. However, athletes and sports fans do not have to despair - the games will be held in 2021, but they will keep the year 2020 in the title. Tokyo, the capital of the "land of the rising sun" will only become the fifth metropolis in history to host the Olympics for the second time, joining to Athens, Paris, London and Los Angeles. The first Summer Olympics were held in Tokyo in 1964. Japan also hosted the Winter Olympics - in Sapporo in 1972 and in Nagano in 1998. The program of the games will include 33 sports and 324 disciplines - baseball and softball, which are extremely popular in Japan, will return, and sport climbing, karate, surfing and skateboarding will be added.

The set includes six circulation coins with nominal values of 1, 2, 5, 10, 20 and 50 CZK, which were minted in 2020 and did not go through circulation. Another piece of the puzzle is a special commemorative token made by the medal maker Mgr. Petr Horák. The obverse side of the token presents a new national stadium in Tokyo, which will become the main Olympic and Paralympic sports venue, supplemented with a Japanese sakura blossom. Because the set is published in cooperation with the Czech Olympic Committee, the reverse side of the token is dedicated to it. All this is stored in a special packaging, whose graphics evoke traditional origami.

The Olympic Games were not held in the war years 1916, 1940 and 1944, but in 2020 it was the first time during 124 years of their existence that they were postponed. Don't miss the original commemoration of this event! 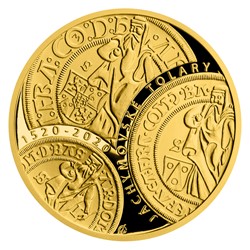 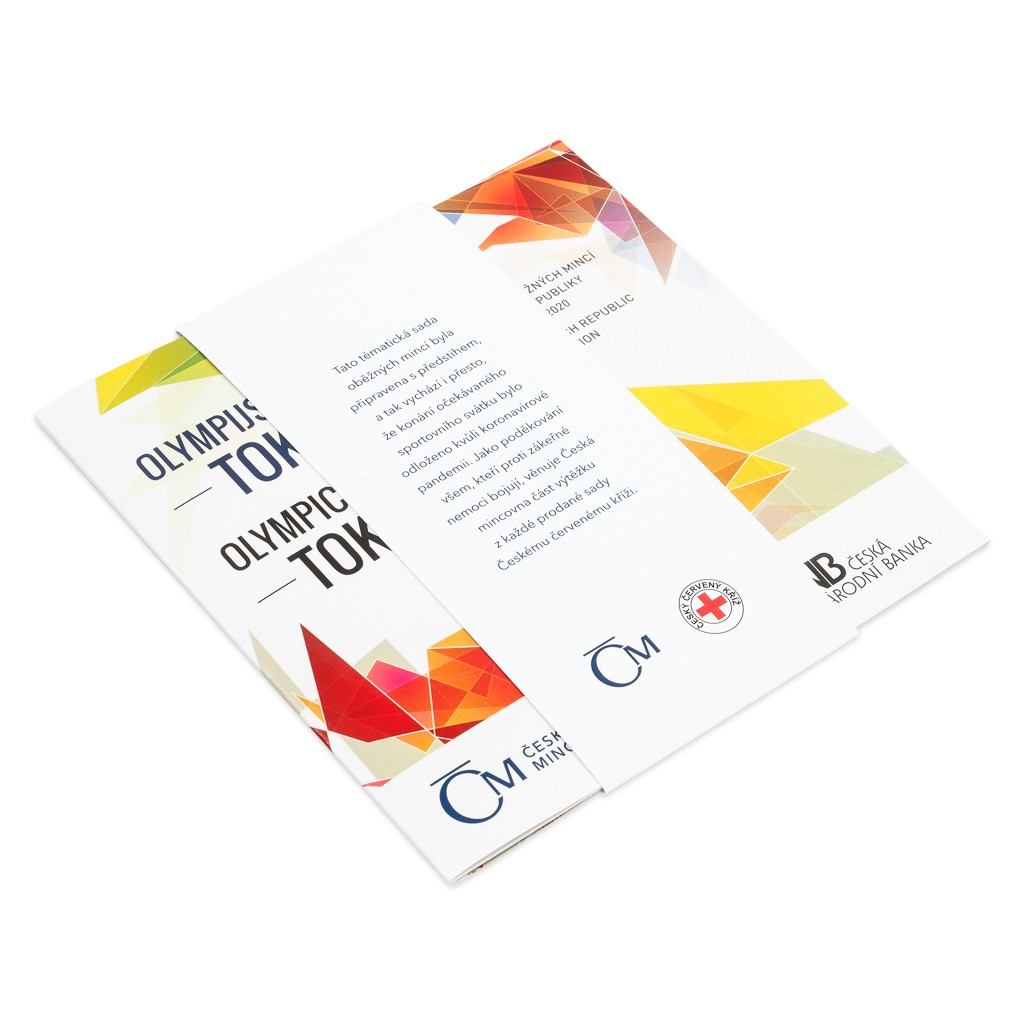 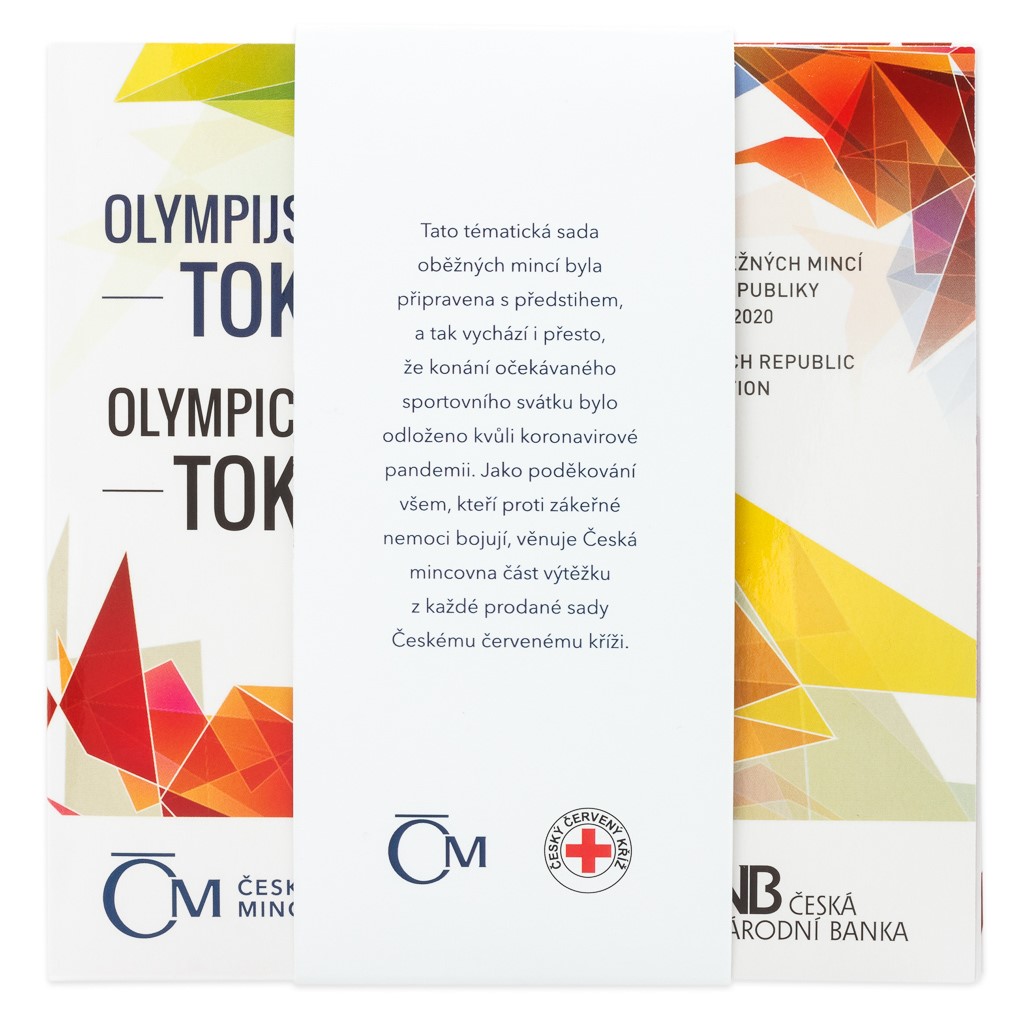 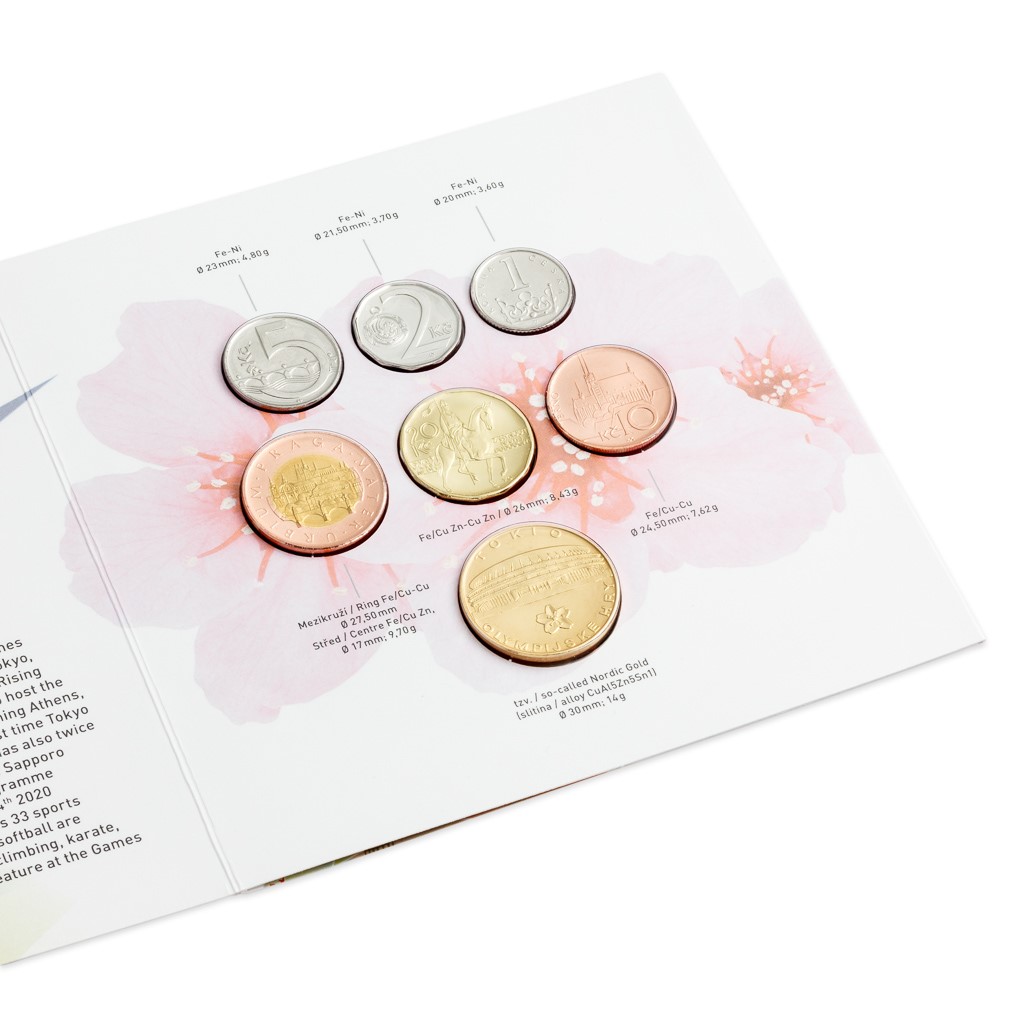 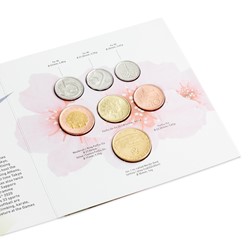 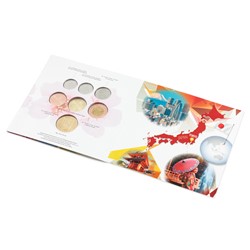 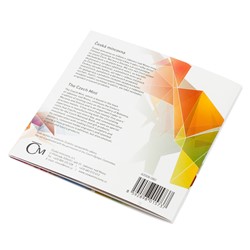