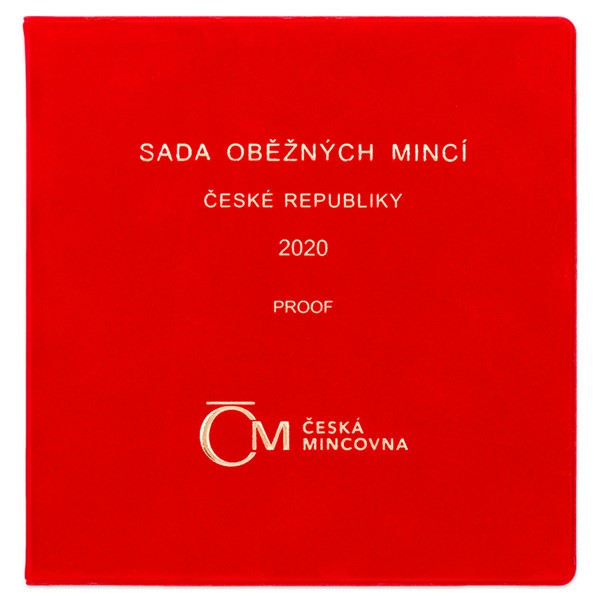 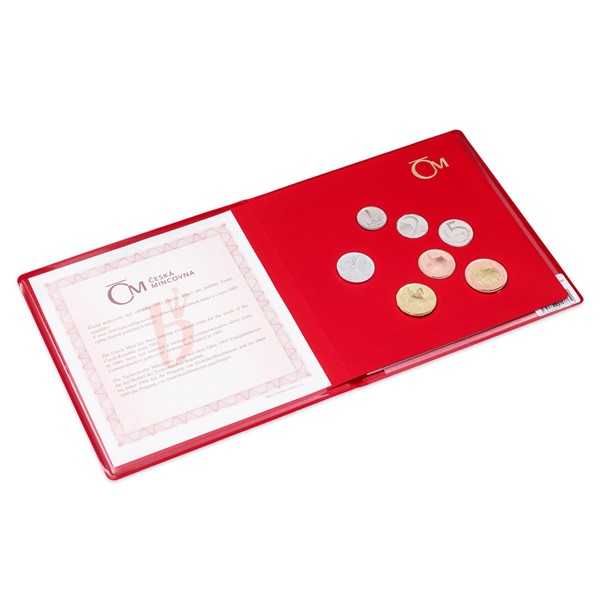 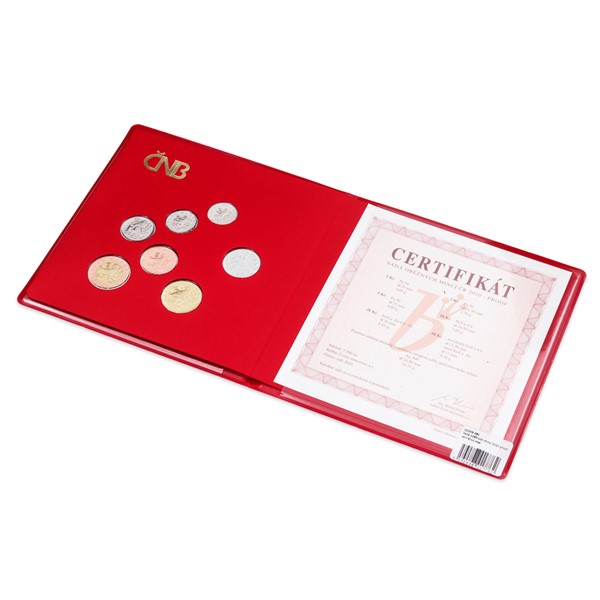 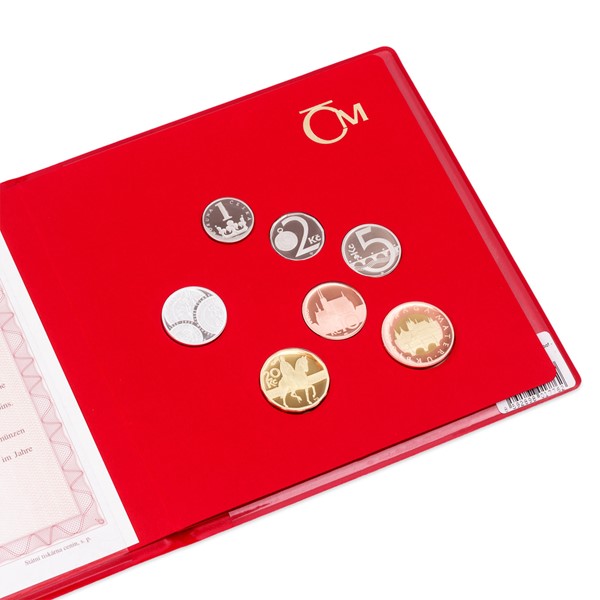 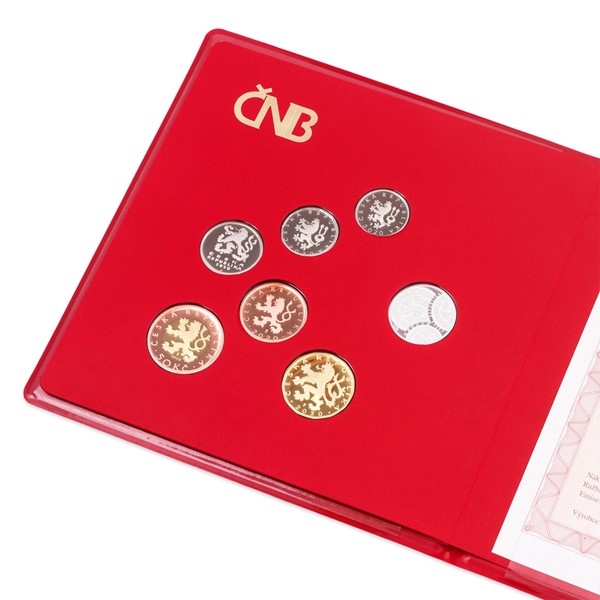 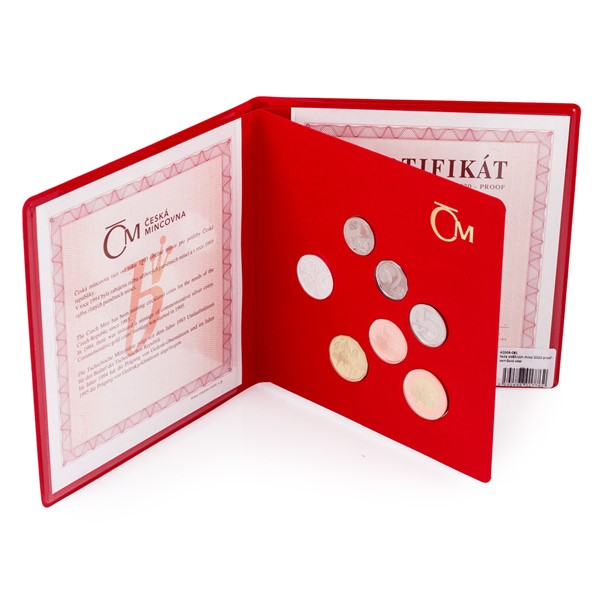 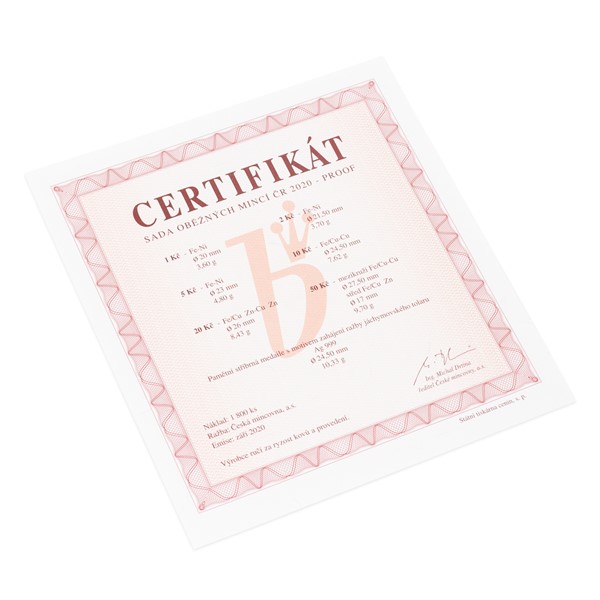 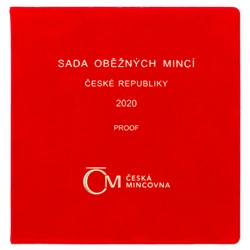 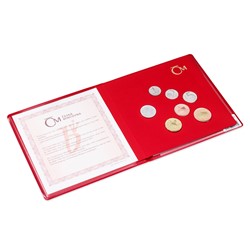 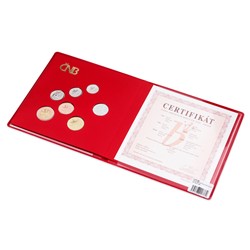 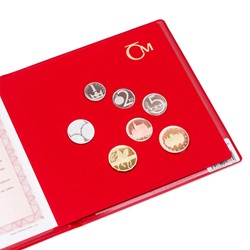 Stock state
Sold out
Date of issue
September 2020
Mintage
1800 pcs
Sold out
A discount voucher cannot be applied to the product.
Find more

Czechs encounter circulation coins in the values of 1, 2, 5, 10, 20 and 50 CZK almost daily. They pass through countless human hands, therefore, their most important qualities include resistance and durability. However, in addition to the medium of exchange, our coins are also small art works. For that reason, the Czech Mint in cooperation with the Czech National Bank, also mintes them in a delicate quality proof, which is characterized by a mirror shine and which will delight every collector.

All coins have their authors. Have you ever thought about who is behind the Czech currency? There are four expert academic sculptors:

The set of Czech currency is supplemented with a commemorative medal made of pure silver. This mintage, which is the work of medal maker Luboš Charvát, was dedicated to the 500th anniversary of Jáchymov tolars in 2020. These famous Czech coins, which were minted from Krušné hory silver, spread to the world and the dollar, a currency that is used today in various variations by almost forty world economies, was created thanks to the distortion of their names…

The six coins, together with the medal, are stored in an elegant suede packaging which includes a certificate of authenticity printed by the State Printing House of Securities. 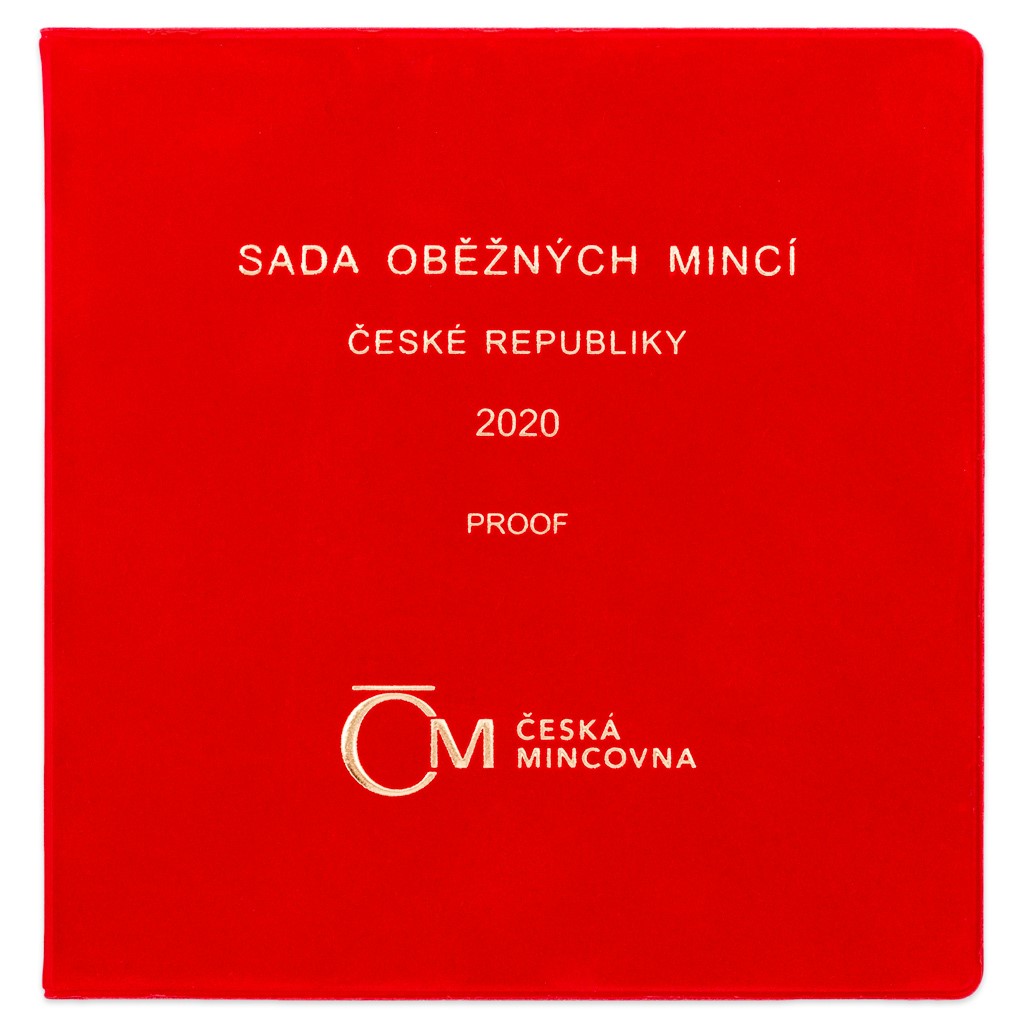 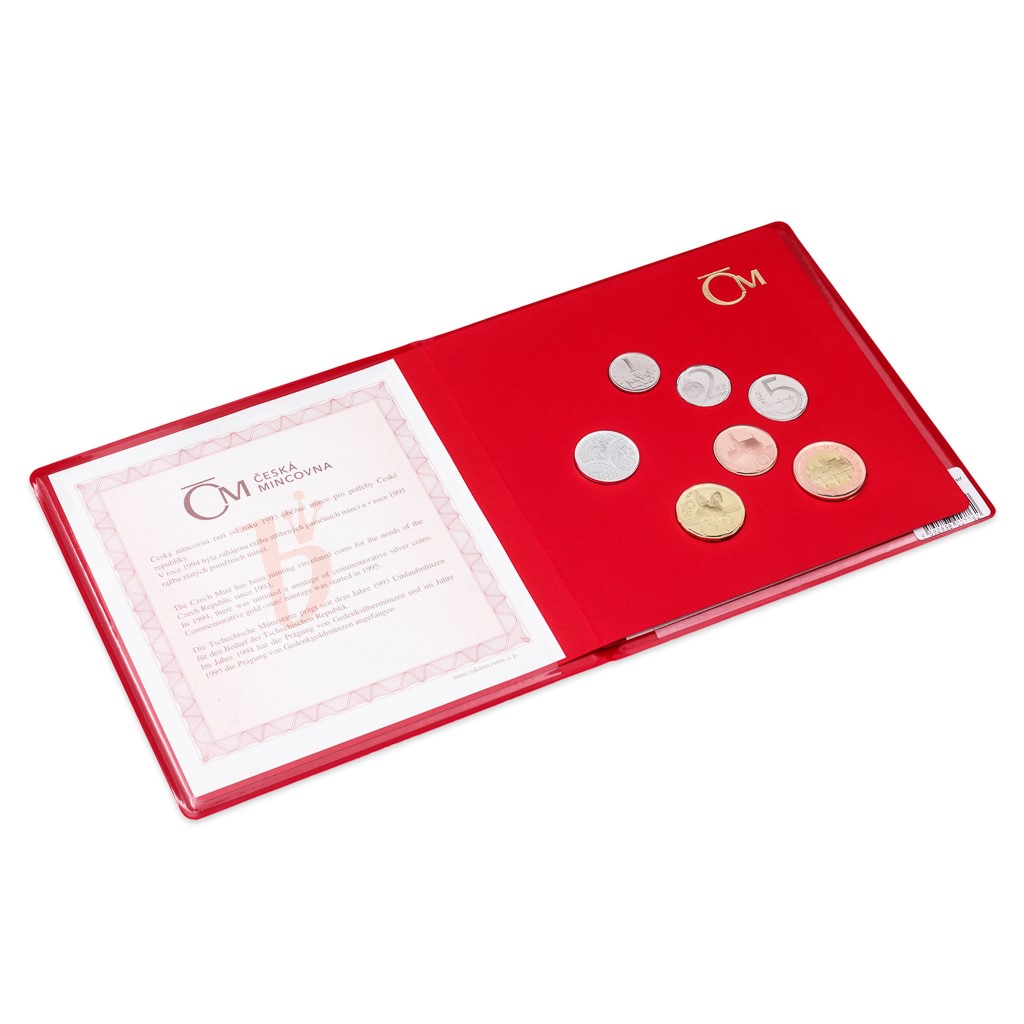 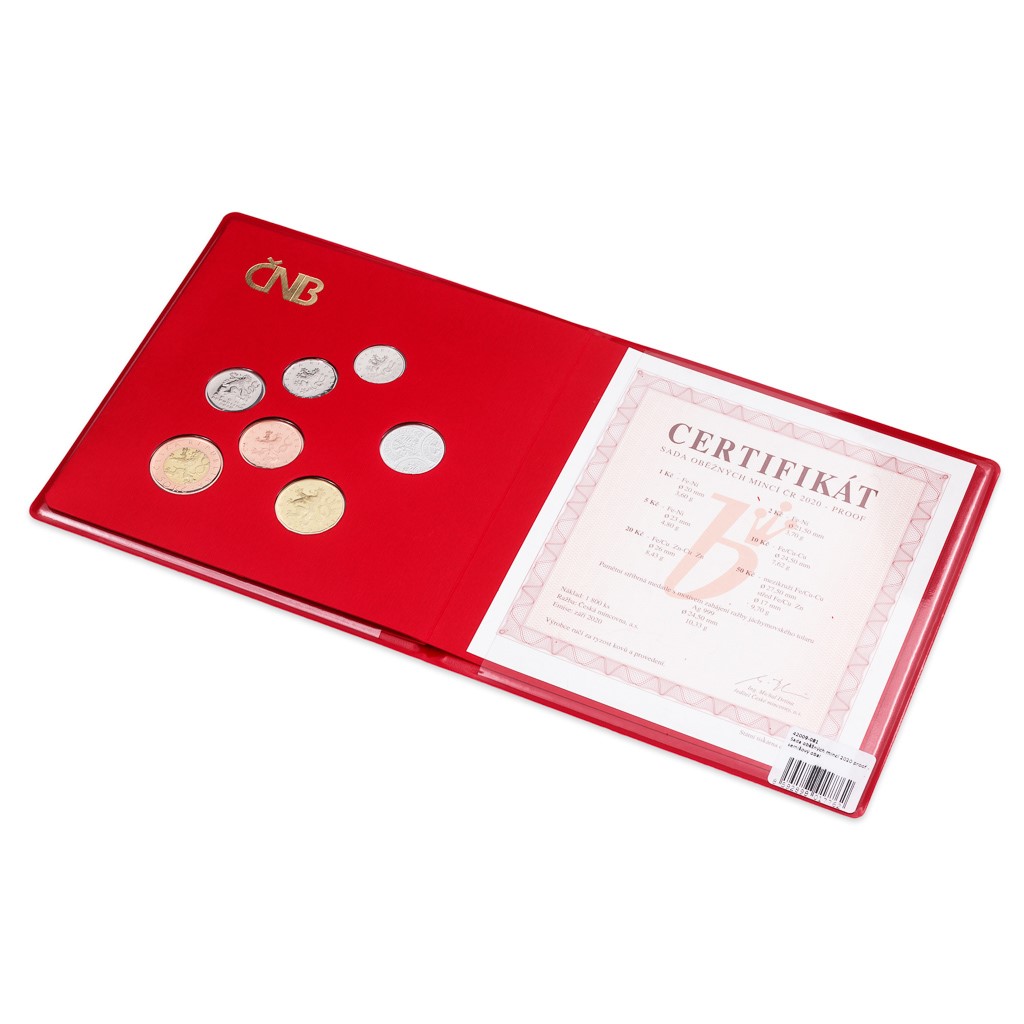 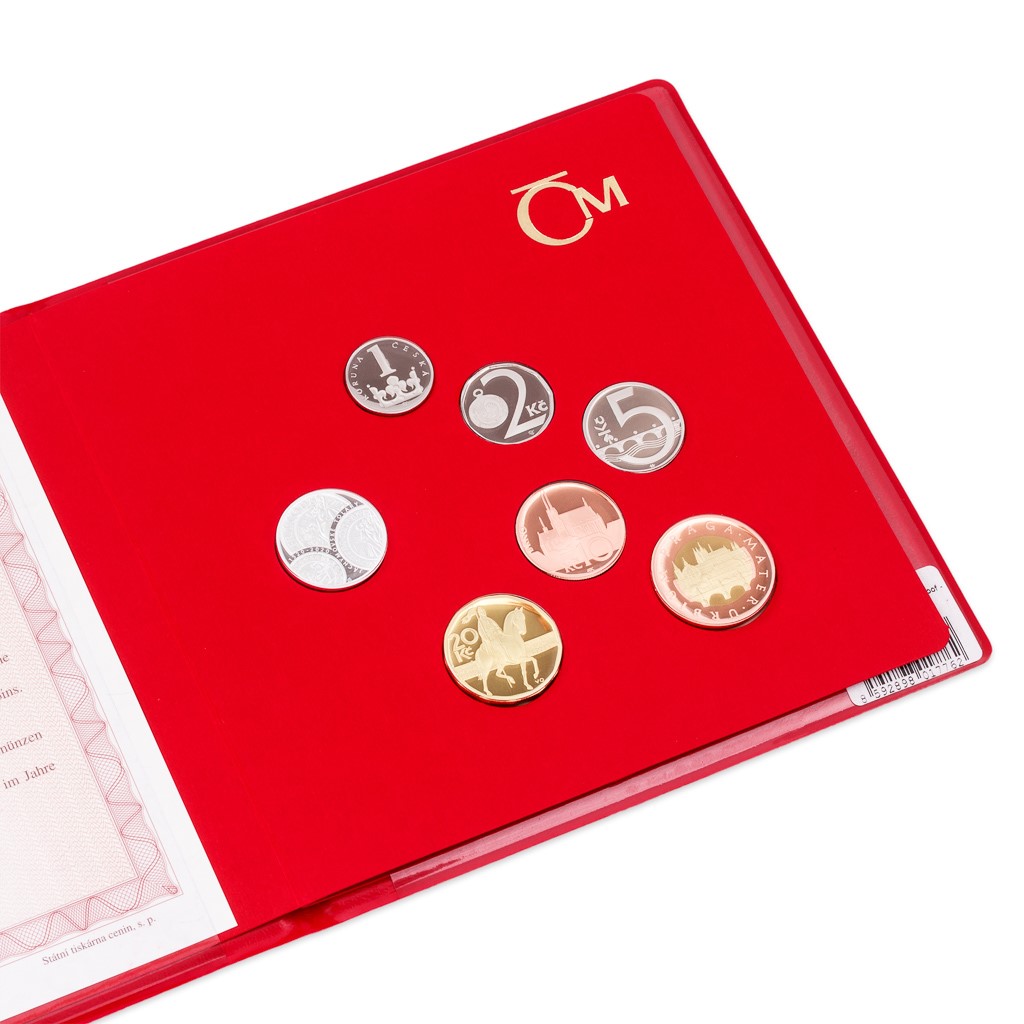 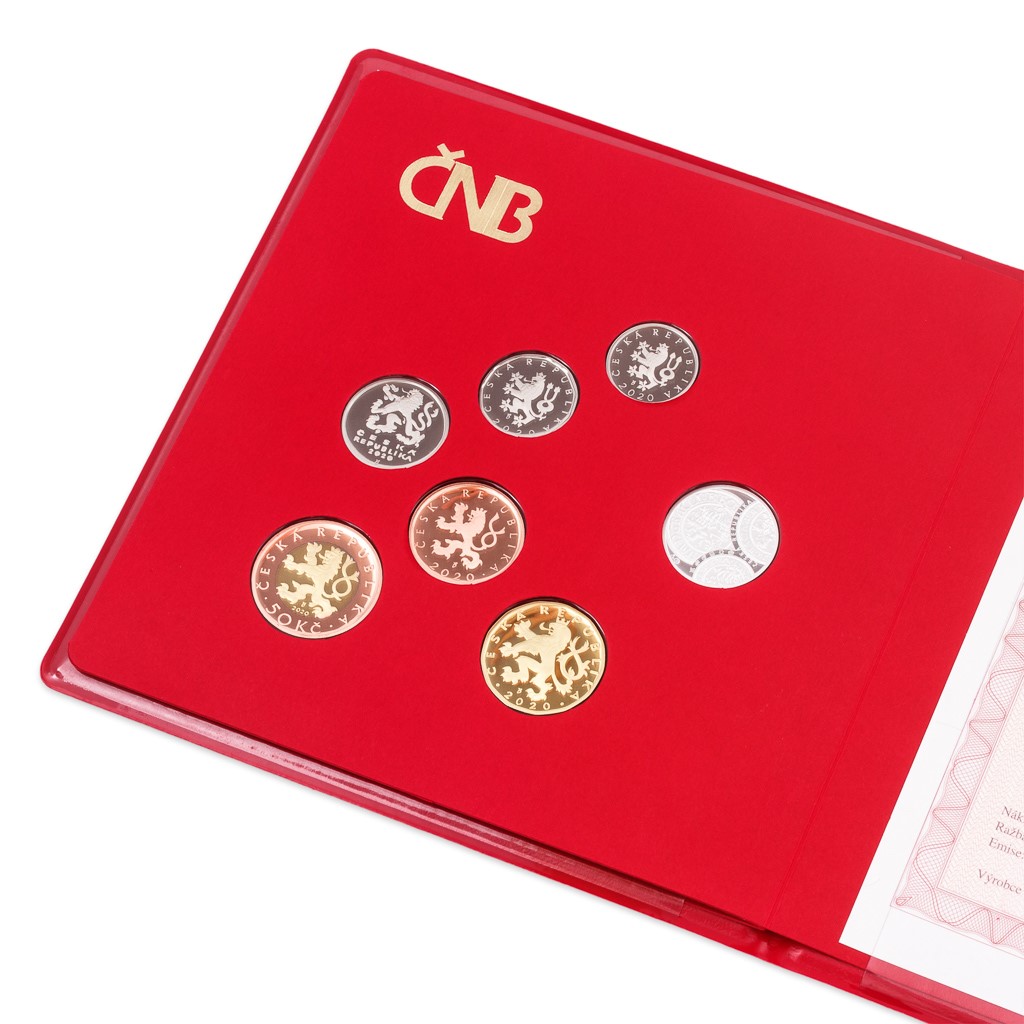 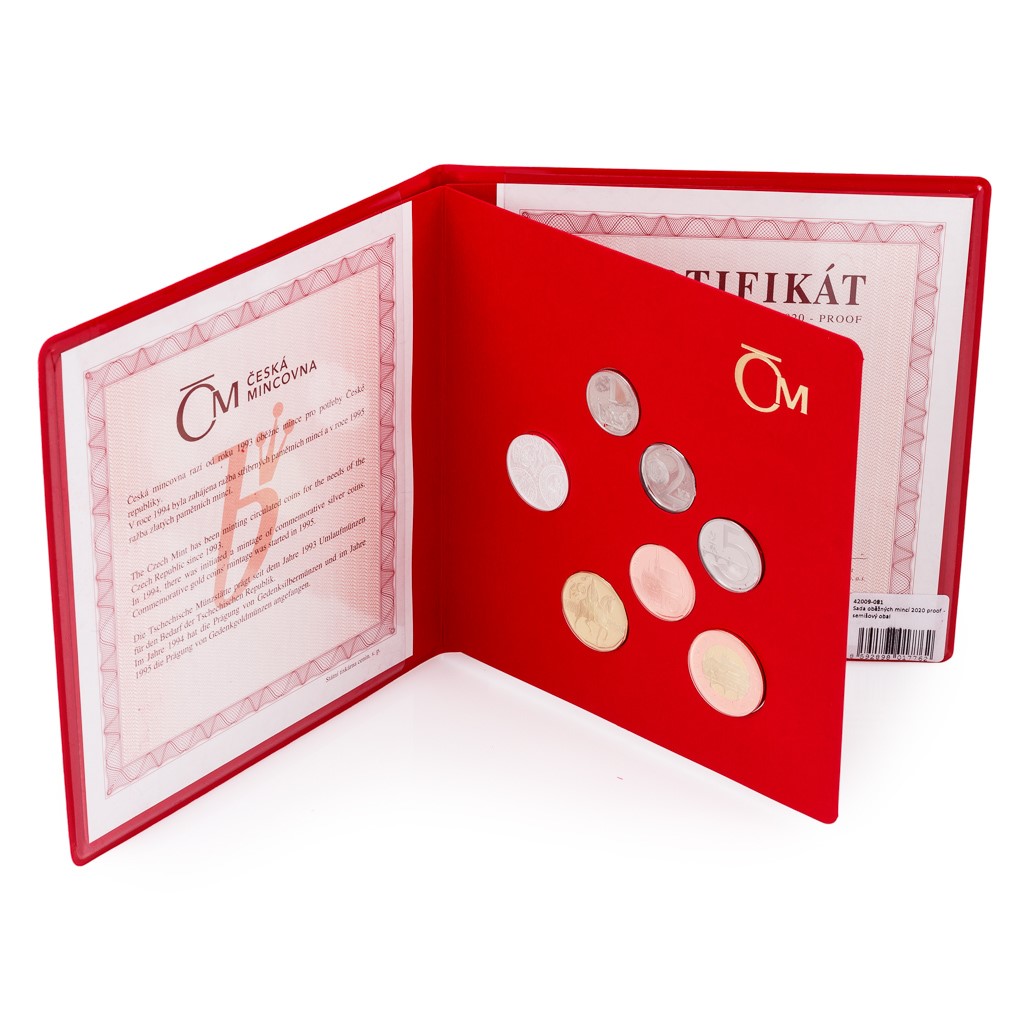 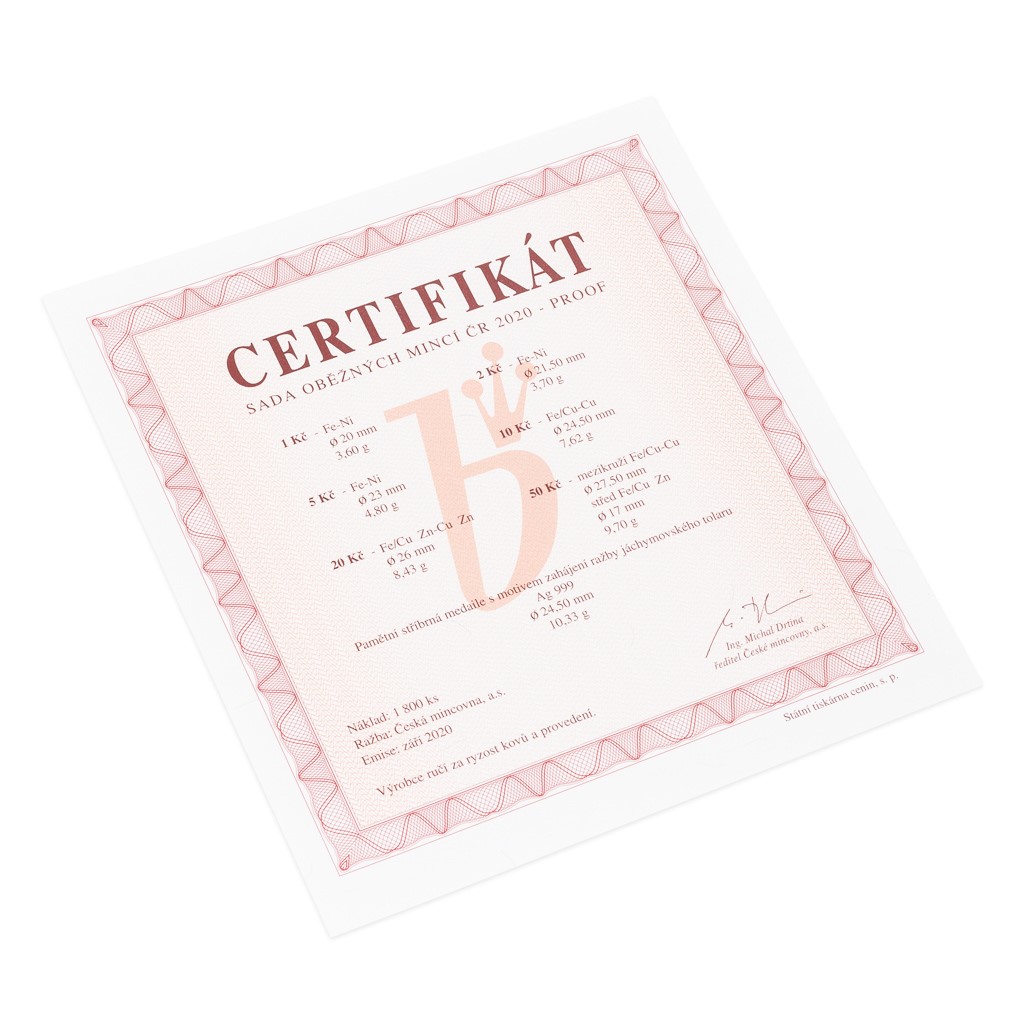 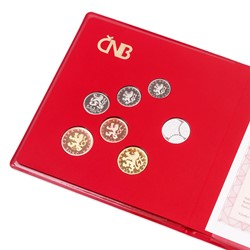 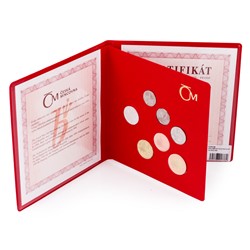 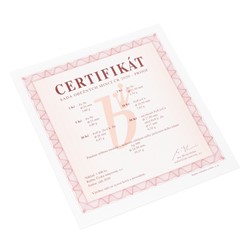