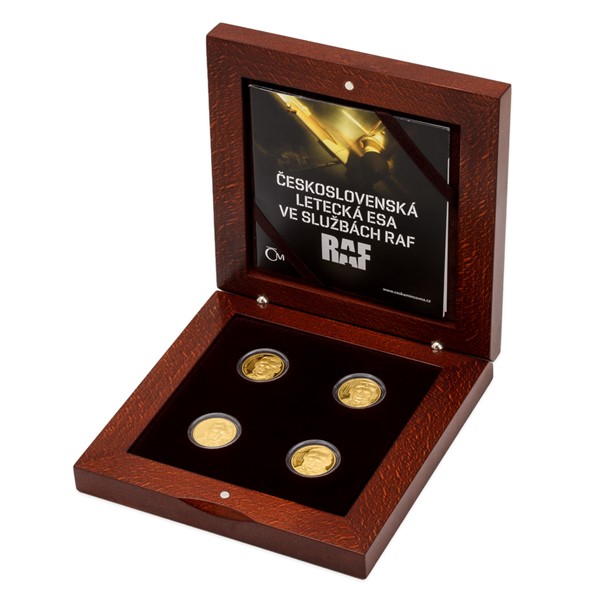 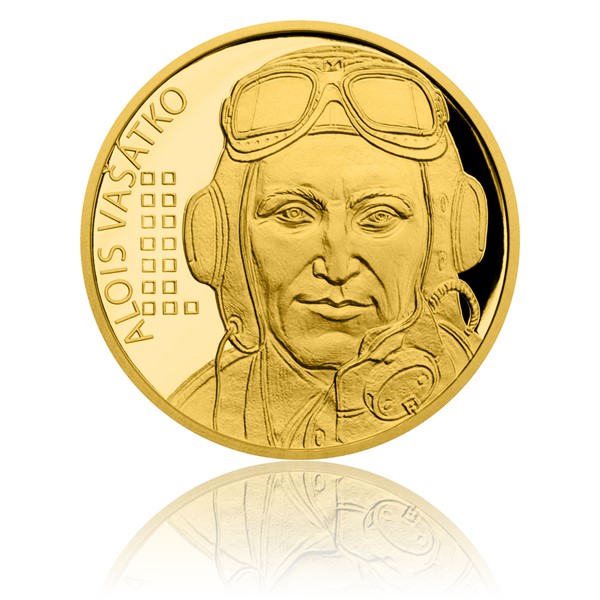 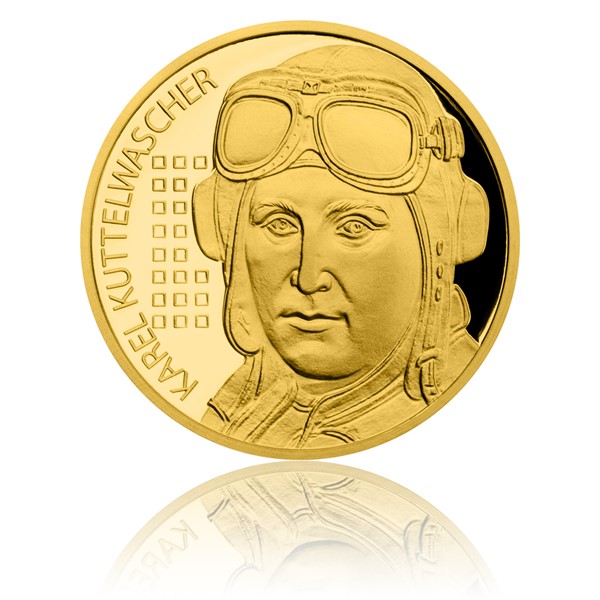 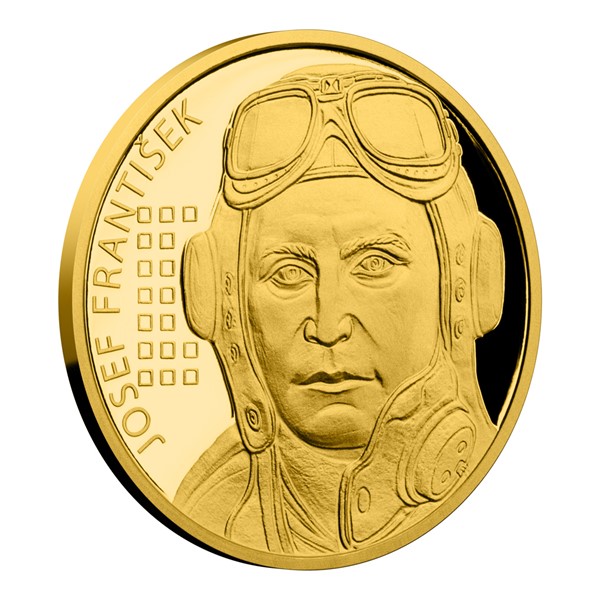 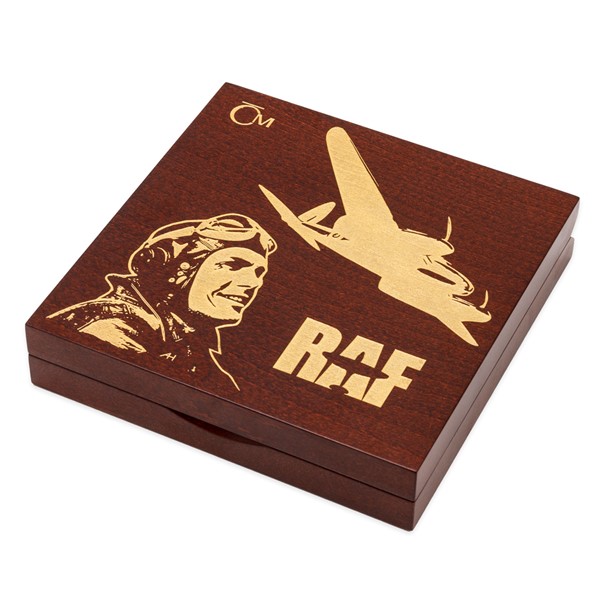 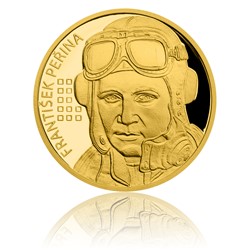 Stock state
Sold out
Date of issue
September 2017
Mintage
400 pcs
Sold out
The approximate purchase price of the product is 38,549 CZK. The purchase takes place according to the purchase rules.
Purchase rules

The popular cycle of the Czech Mint, dedicated to Czechoslovaks serving in World War II at the RAF, welcomes its third addition. This time, our top flight crew know as the air aces are introduced in the set of four gold coins.

The term "air ace" first appeared in France during the First World War, when the pilots, who managed to shoot down at least 5 enemy machines were awarded this title. In the following global conflict, when the air struggles were daily occurrence, the Czechoslovak pilots could finally prove their mood and fervor. Among these were the four following warriors:

The paths of our aces were different - they passed through Poland, France and Africa - but they all ended up in the United Kingdom where they were given the chance to fight against the hated German aggressors and helped to save the island kingdom from decline. The unfailing gratitude of all generations that followed belongs to them…

The academic sculptor Zbyněk Fojtů, who has prepared the previous set of motifs for the most famous warplanes of the thematic cycle, became also the author of these four commemorative coins. Reverse sides of the coins carry loyal portraits of pilots in aviation masks with glasses. The inscription bears their names, and the square mosaic is, in fact, an enumeration of their successful certain victories - 20, 17, 15 and 12 enemy machines. The obverse side is common to all mintages – it means it is dominated by a detailed depiction of the instrument panel of the legendary Hurricane fighter plane. The composition of the obverse side is complemented by the elements of Niue Island (the issuer, which allows the Czech Mint to coin its own coins), i.e the name and profile of the Emperor Elizabeth II., the year of the issue 2017 and the nominal value of 10 DOLLARS (NZD).

The set of coins is stored in a luxurious wooden etui. Its cap is decorated with a thematic illustration of the pilot and the night fighter plane Mosquito, in which, for example, Karel Kuttelwascher flew. A booklet with a professional account of the military historian PhDr. Lubor Václavů is also an integral part of the packaging. 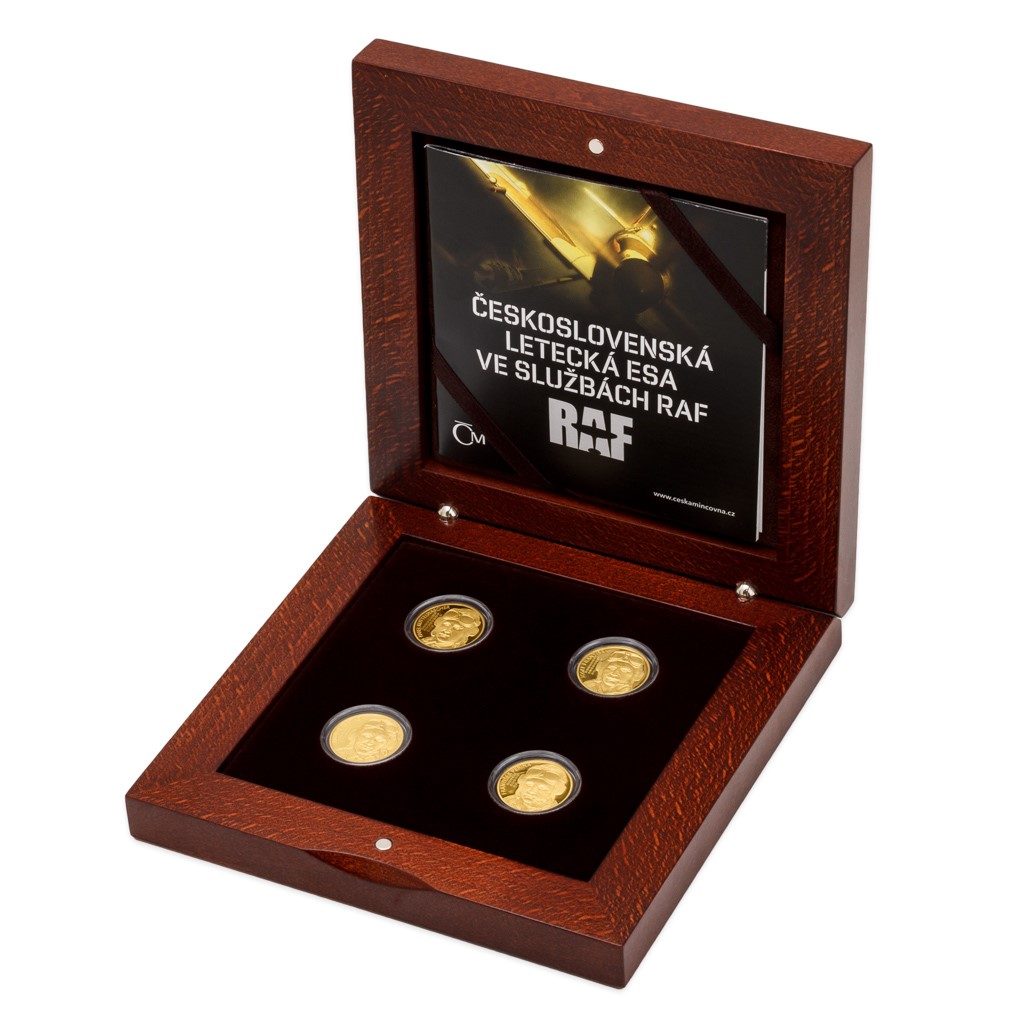 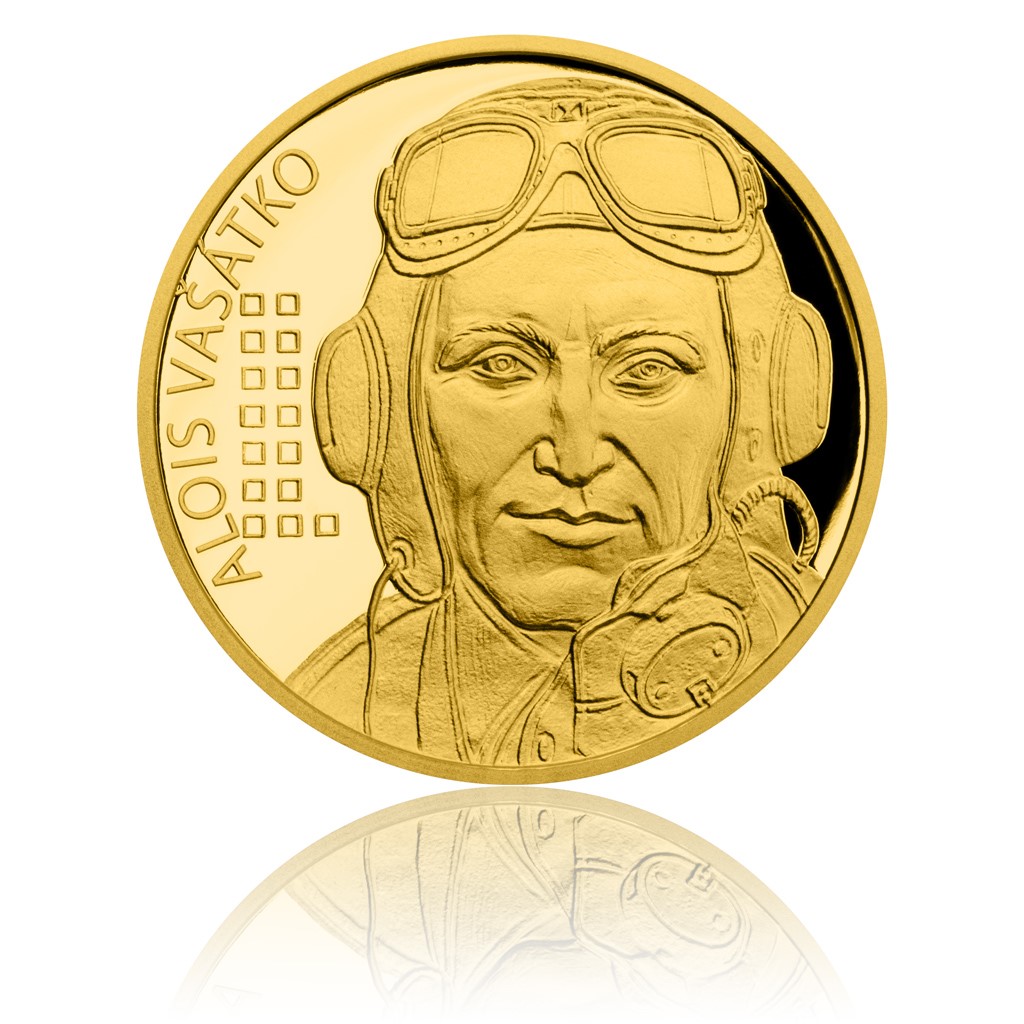 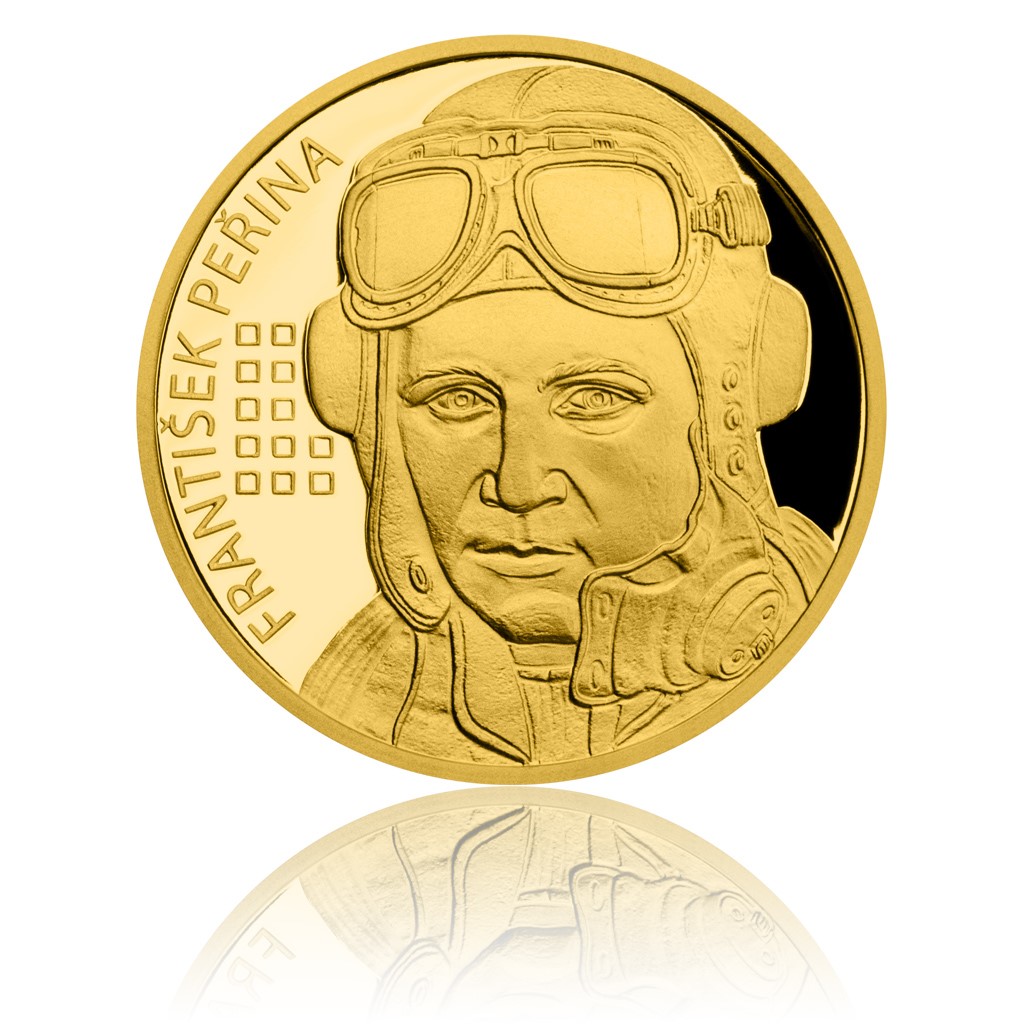 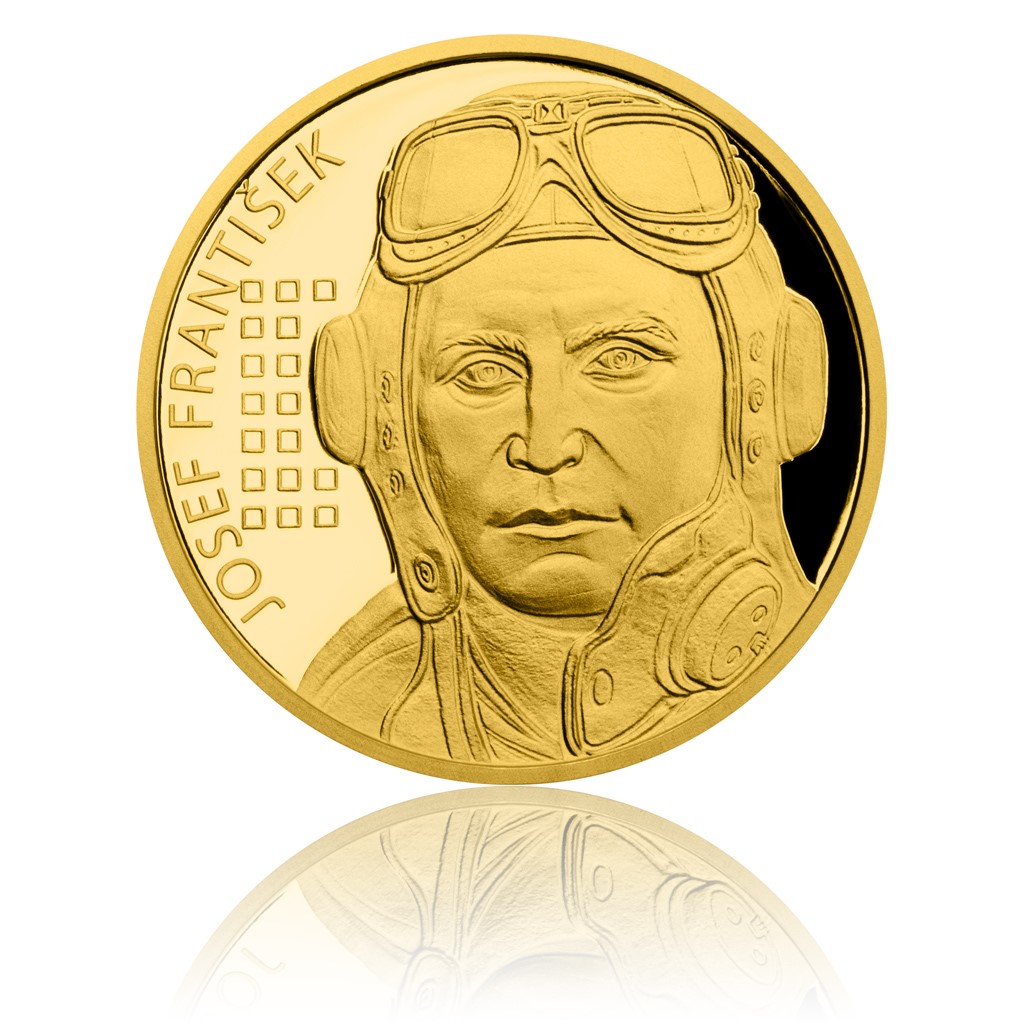 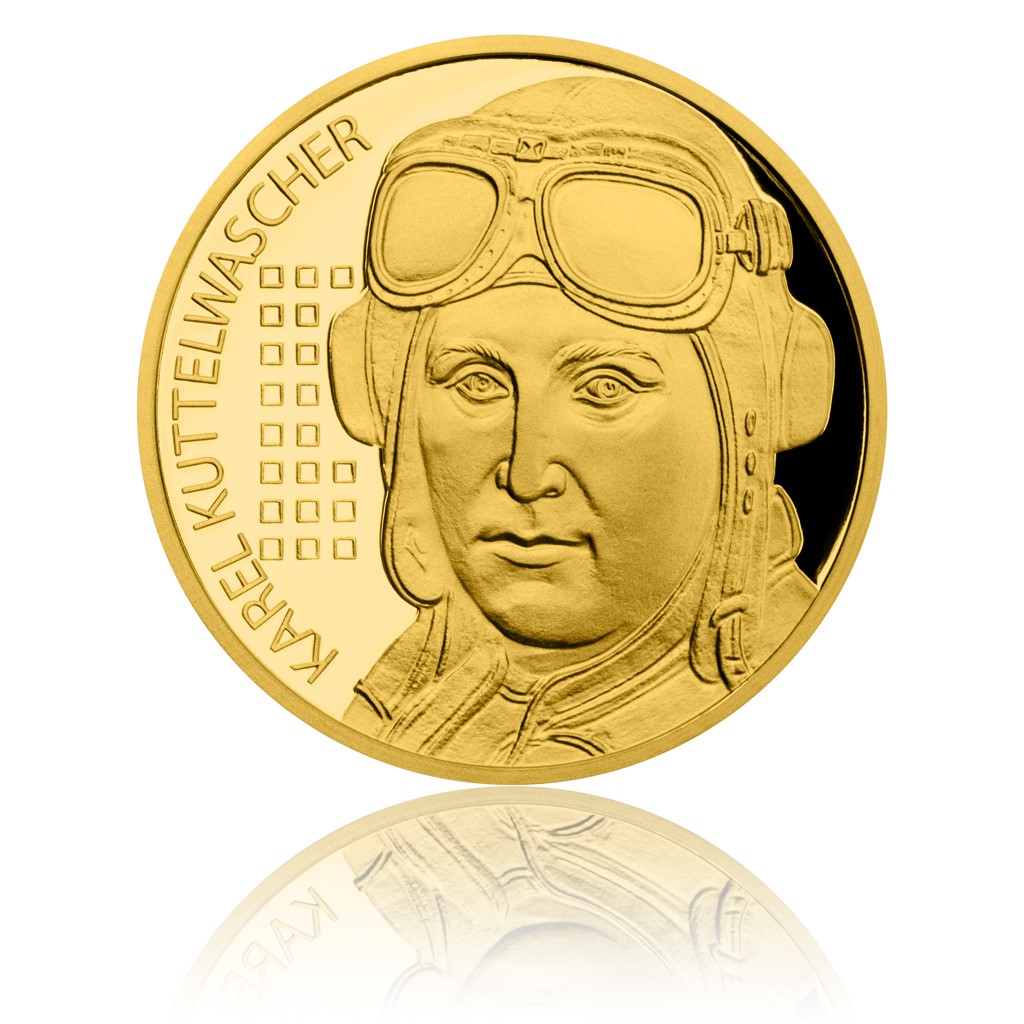 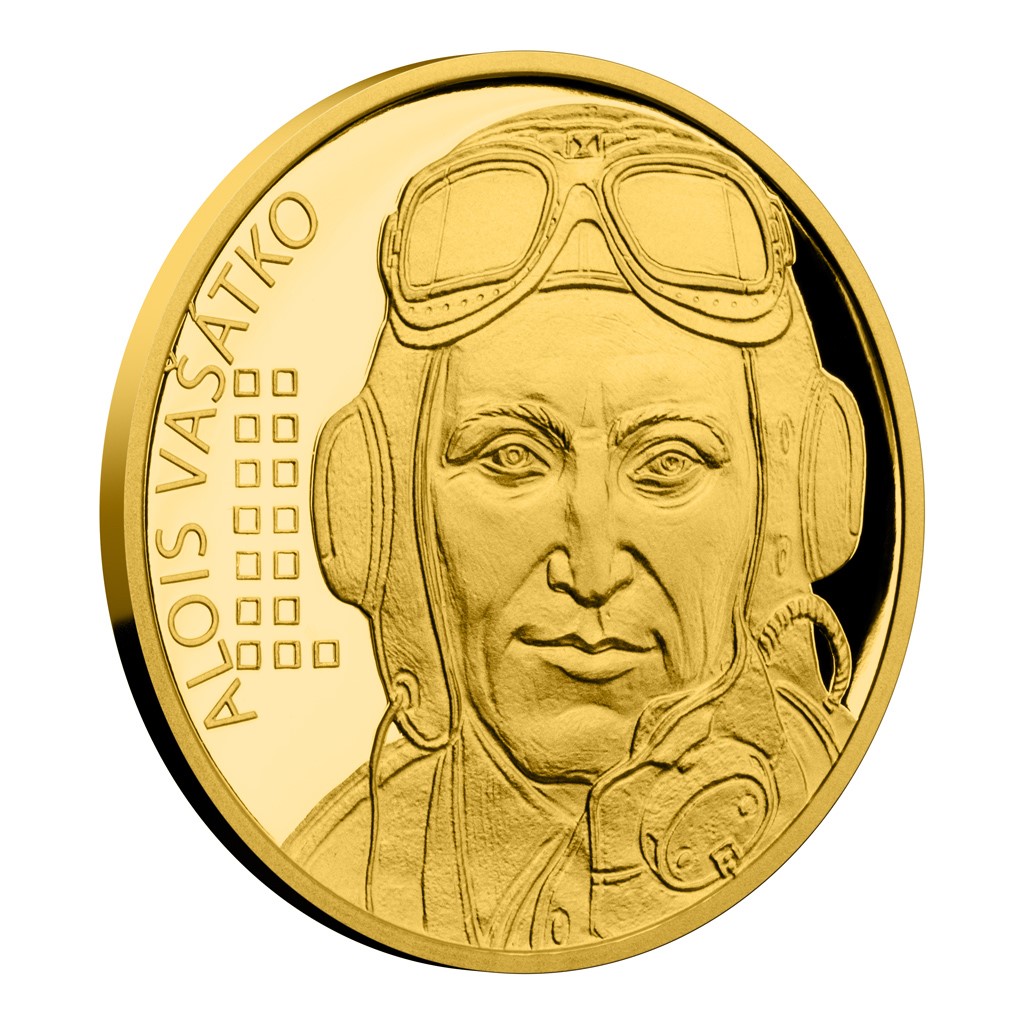 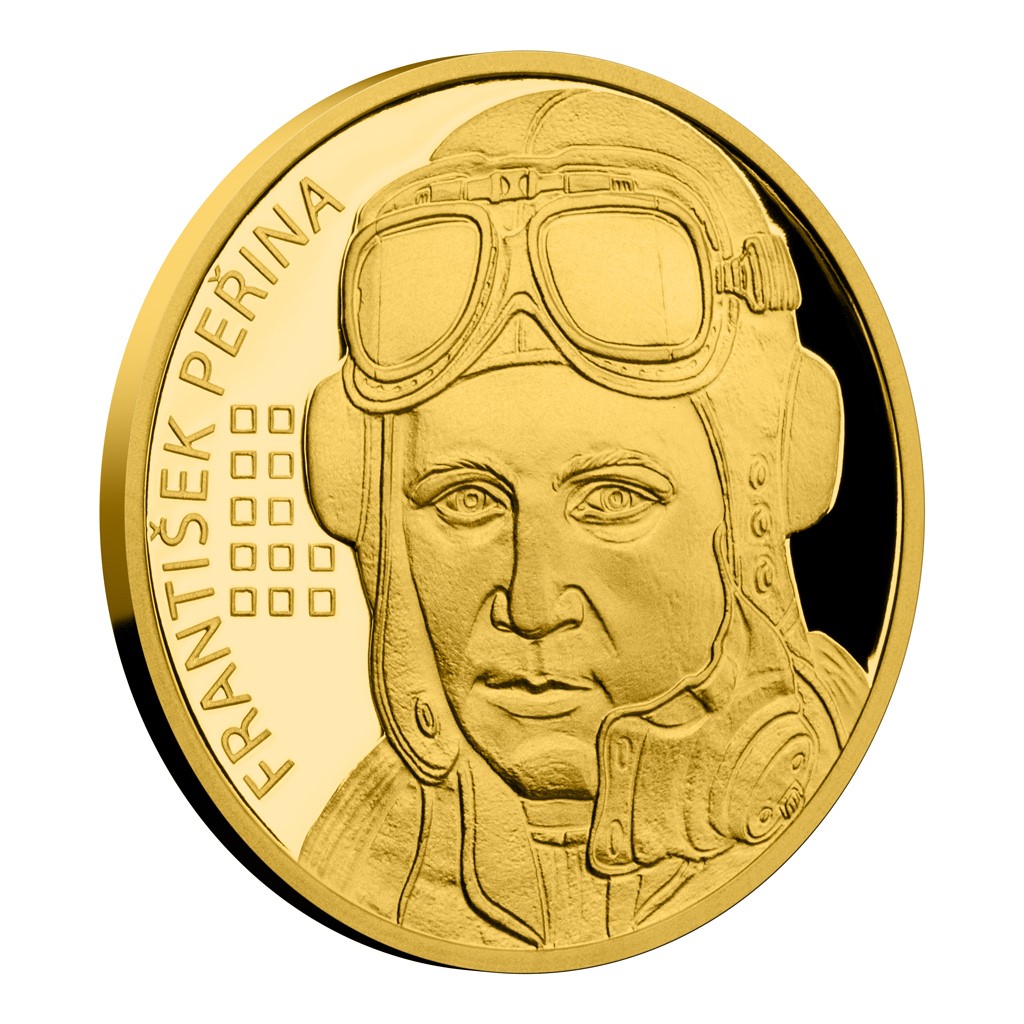 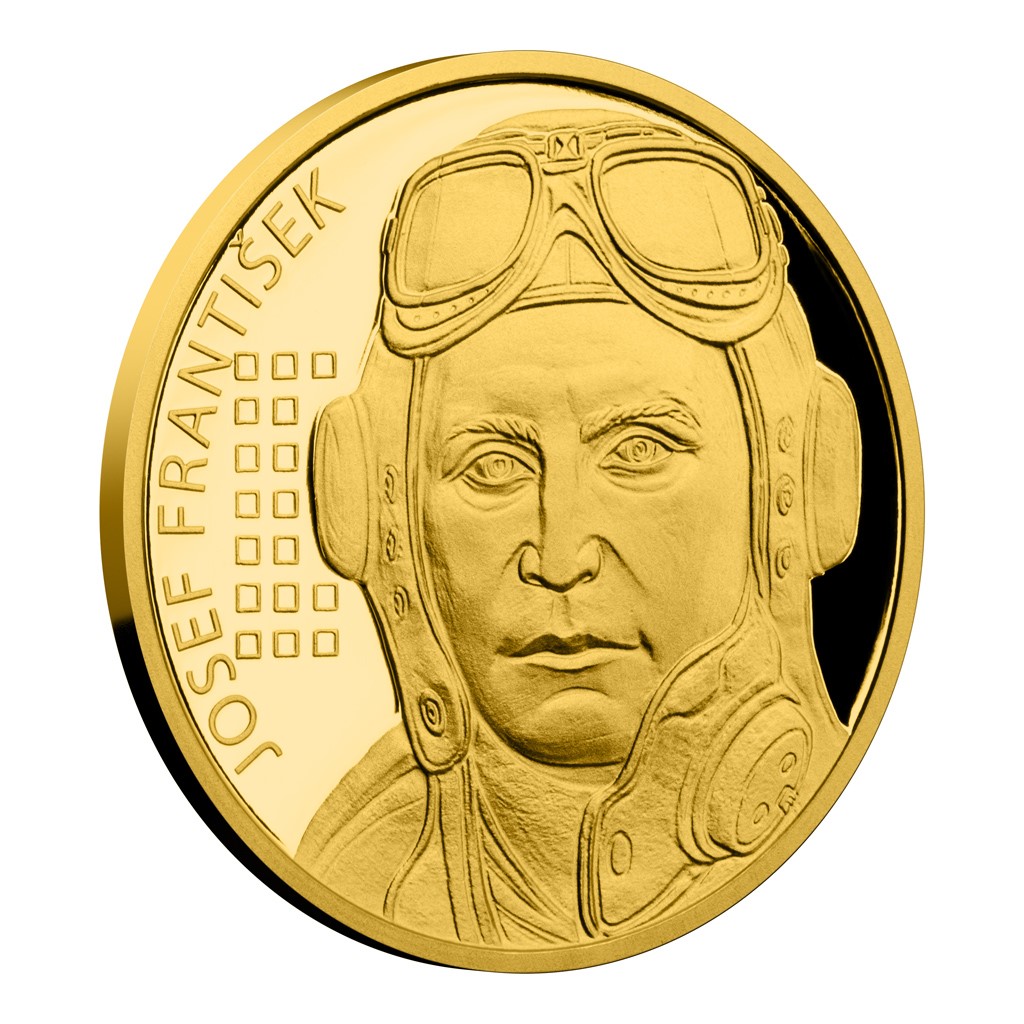 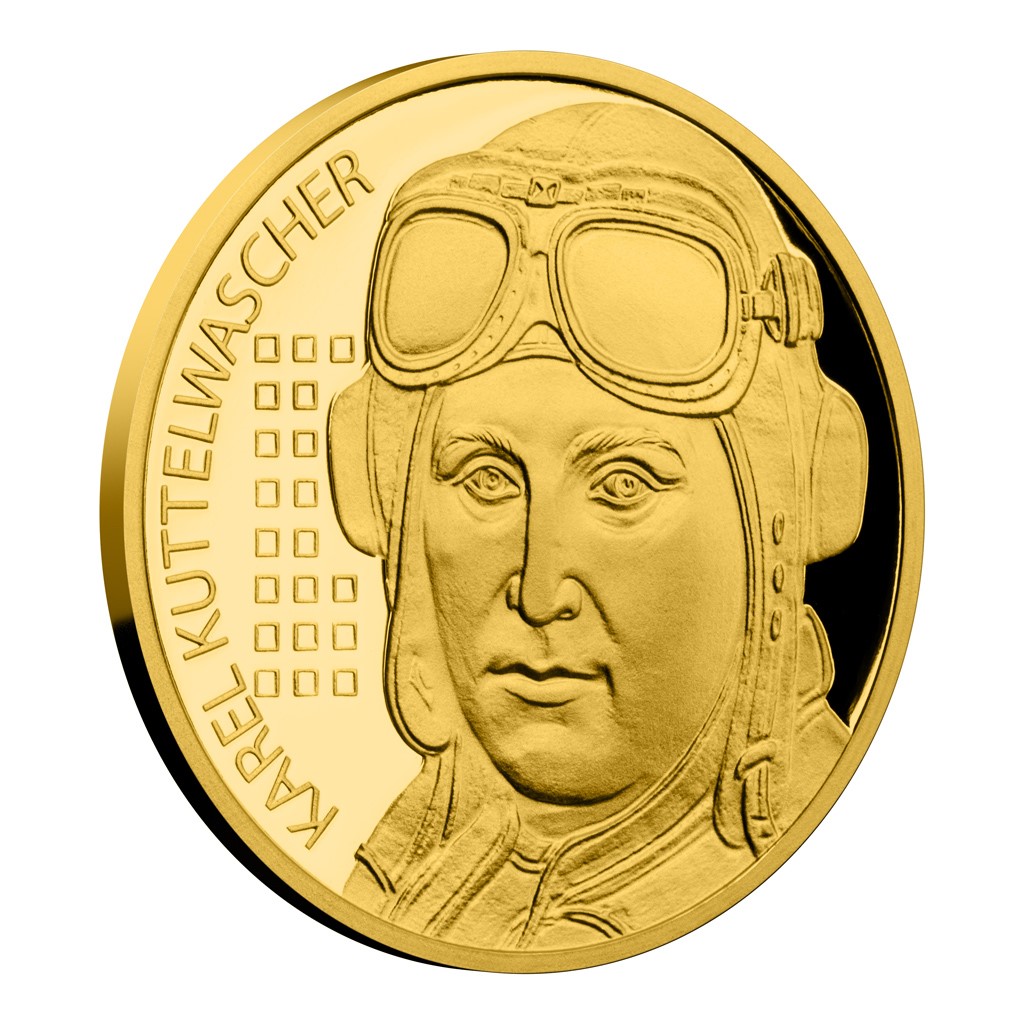 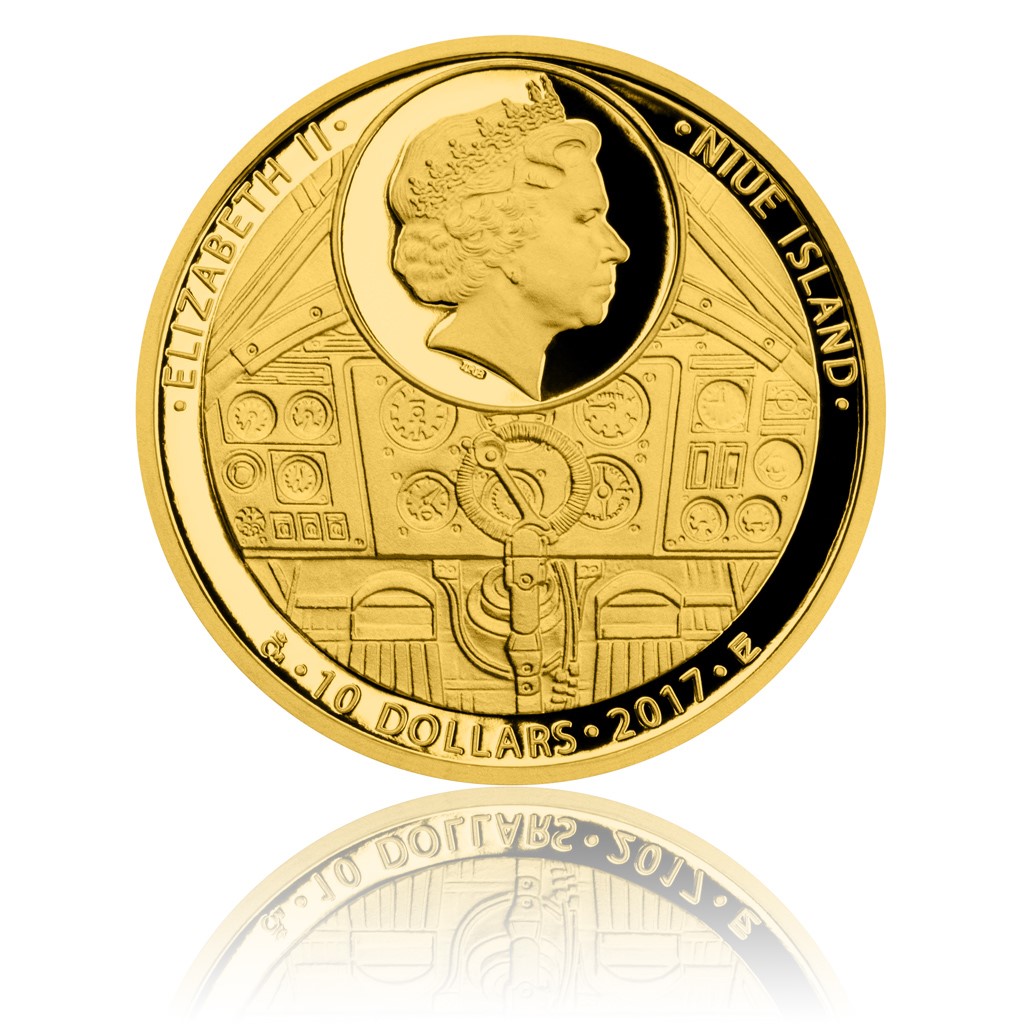 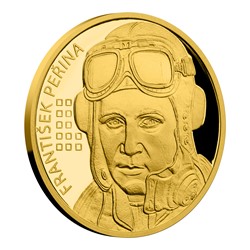 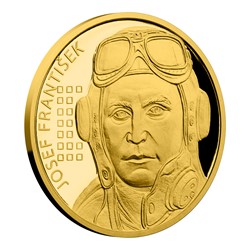 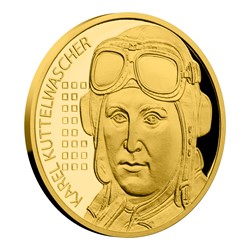 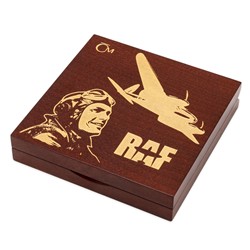