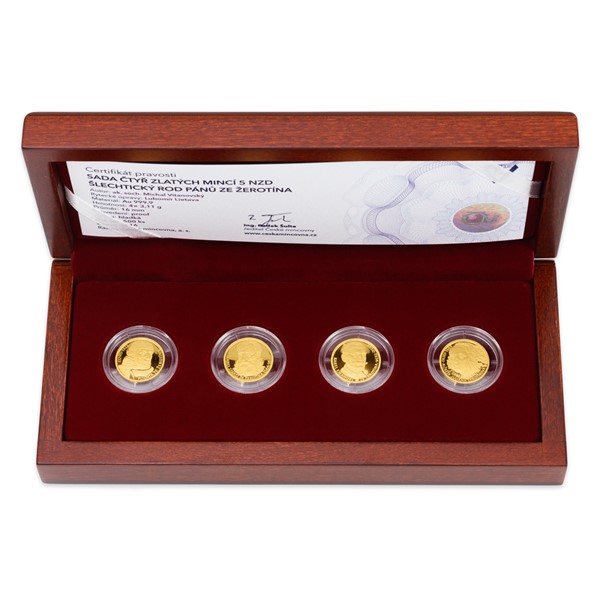 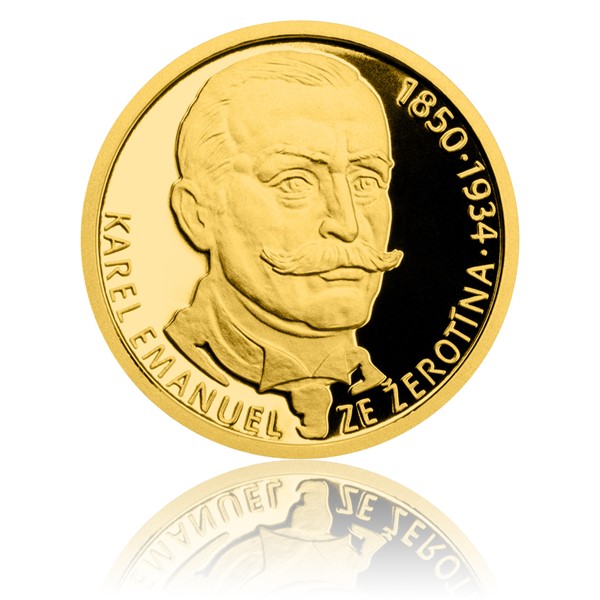 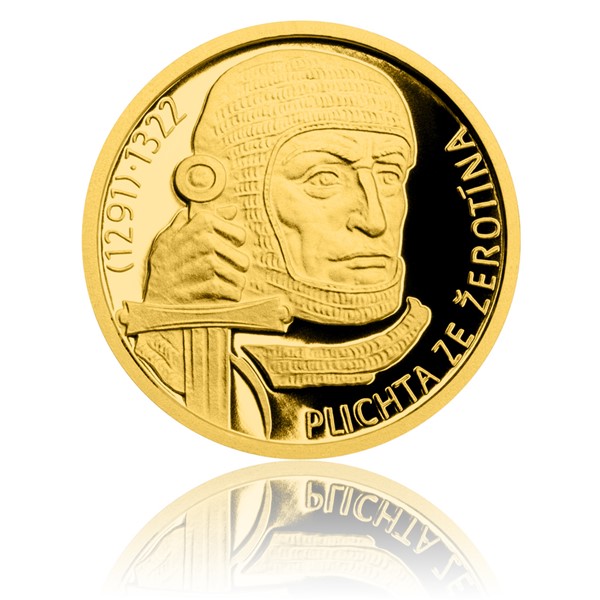 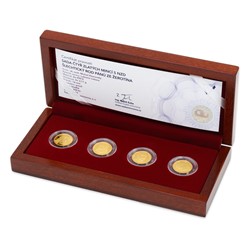 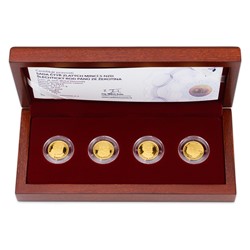 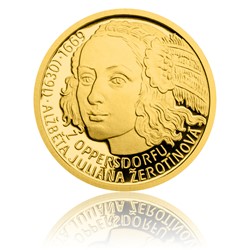 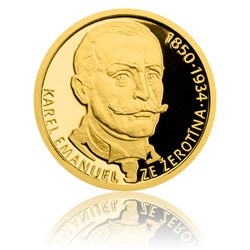 The popular collectible series of Noble Families from the Czech Mint was enriched by another precious increment. A set of four gold coins belongs to the Lords of Žerotín, an ancient family, who lived in Moravia and whose members are noted for their level of education, intellect and power. Each of the four Smart coins 5 NZD adorns one of the representatives of Žerotín aristocratic line in a masterful interpretation by the academic sculptor Michael Vitanovský. He is the author of many exceptional coins, medals and insignias, on which he demonstrated his incredible sense of historical themes.

The same applies in the case of coins dedicated to Plichta, Charles the Elder, Charles Emmanuel and Elizabeth Juliana, born of Oppersdorf.

Plichta of Žerotín (1291-1322), probably the oldest son of Žerotín’s Habart, had achieved fame as a tournament knight. For his valor, according to some sources, John of Luxembourg took him in his personal entourage. The Chronicle of Dalimil then states, that Plichta participated in the battles with the Habsburgs, who, after the extinction of Premyslids claimed the entitlement on the Czech throne.

Charles the Elder of Žerotín (1564-1636), a prominent politician, writer and representative of the Moravian Provincial patriotism, famous for his art work "Apology and the defense to Mr. Jiřík of Hodice" a book written with a magnificent language and in a form of a letter. In the book Charles blamed Jiřík of an inaction, that caused the decline of the professional bodies, as well as the pride, laziness and greed of the former nobility.

Elizabeth Juliana of Žerotín (approximately 1630-1669) has faced many tragedies. She gave to Přemyslav III. of Žerotín four descendents, but they all died as babies. The husband tried to distract her sadness and around the castle in Great Losiny, which they inhabited, built many impressive buildings. Juliana herself died very young and before her death she wanted her heart to be buried with the remains of her little boy. He was buried in the monastery church in Šumperk, which burnt down. Therefore, Přemysl kept her heart in a repository, from which it later disappeared and was reportedly used for magical rituals. A subsequent Witch Trials thus became the subject of the famous book and equally famous film The Hammer of Witches.

Four gold coins are stored in a luxurious etui in dark wood, which also conceals a certificate of authenticity. An exclusive issue in superior quality proof is limited to just 500 pieces! 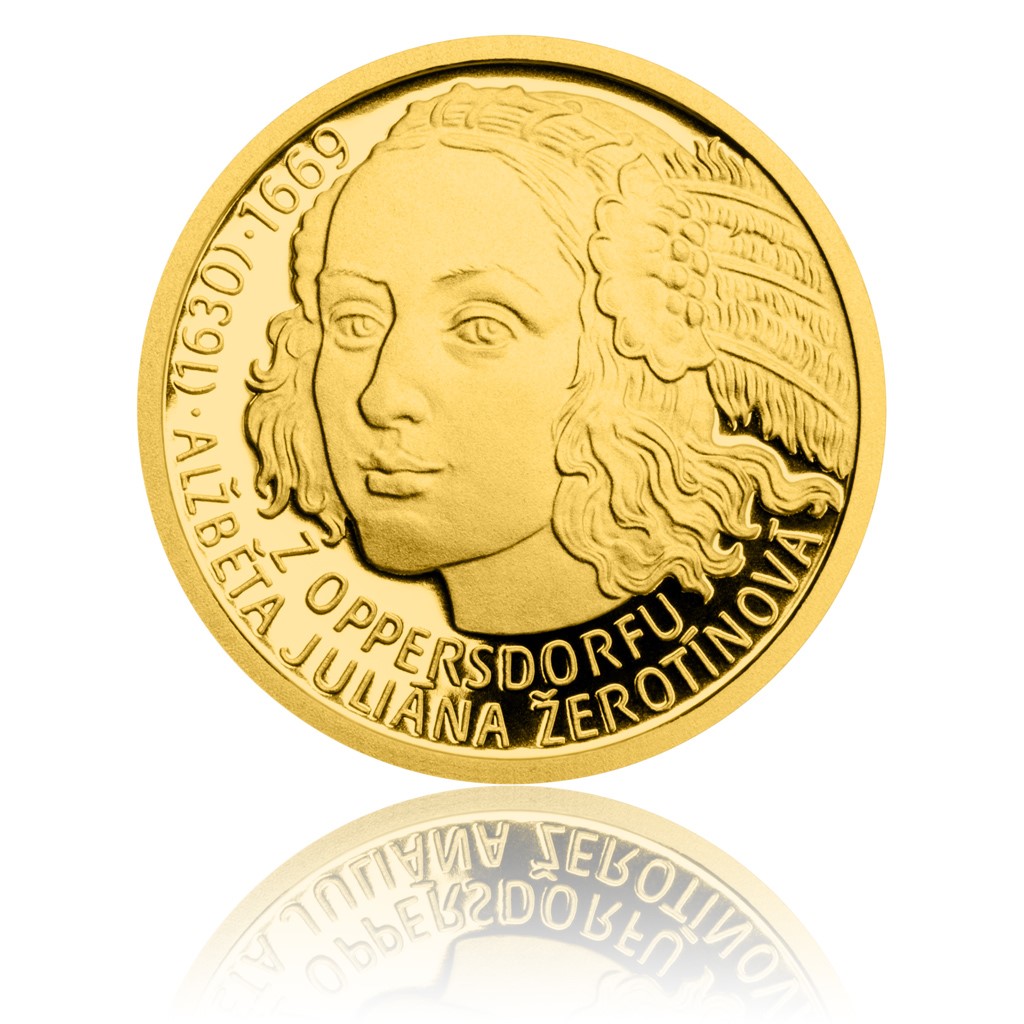 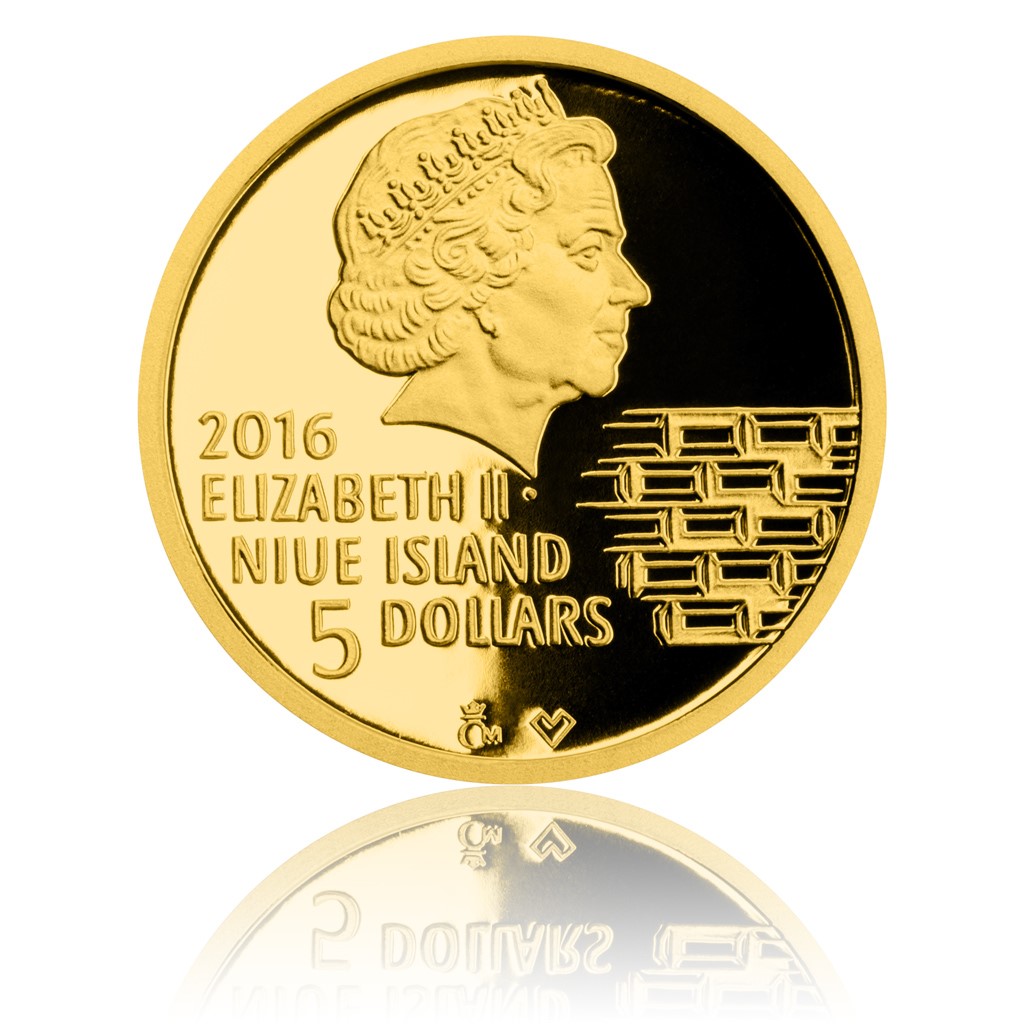 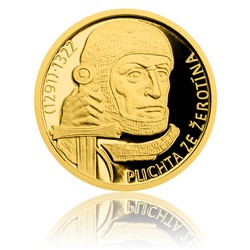 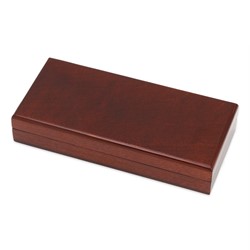