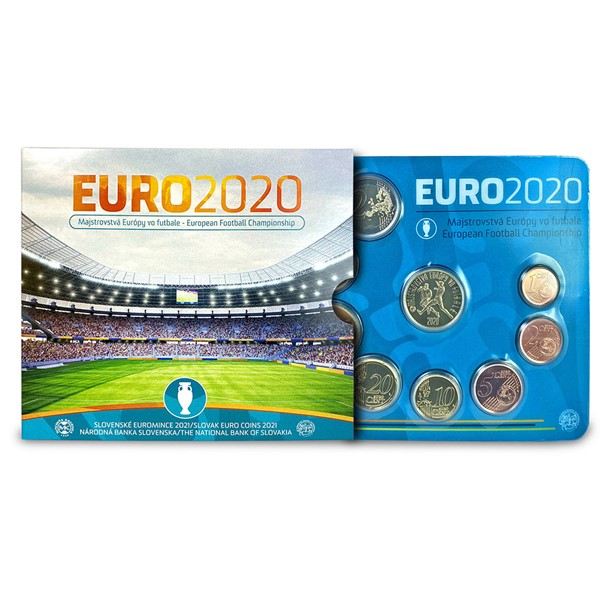 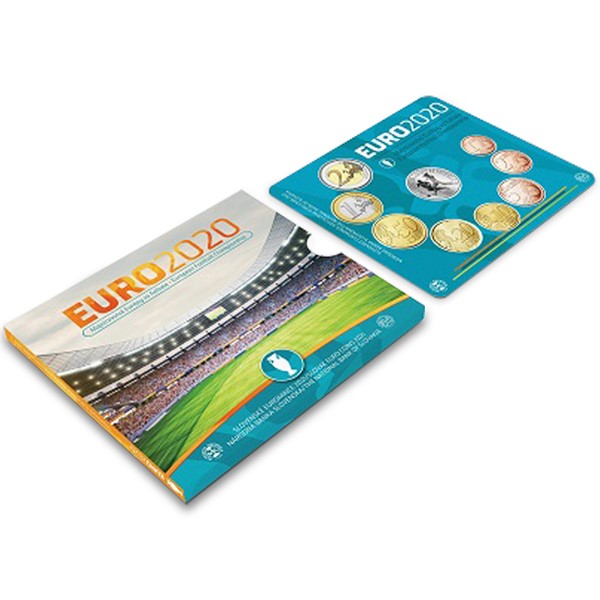 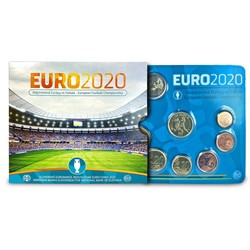 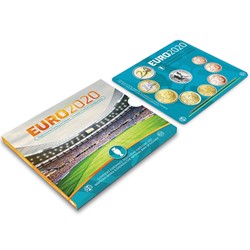 The sports set of Slovak circulation coins with the year 2021 commemorates EURO 2020 - the European Football Championship that takes place with a one-year delay.

The European Football Championship premiered in France in 1960 and since then it has been played every 4 years in various countries on the continent. The year 2020 was supposed to be an extraordinary year for this sports event - because the championship celebrated its 60th "birthday", its 16th year was to host twelve cities in all corners of Europe. Wembley Stadium (London, England), Allianz Arena (Munich, Germany), Stadio Olimpico (Rome, Italy), Olympic Stadium (Baku, Azerbaijan), Krestovsky Stadium (St. Petersburg, Russia), Puskás Arena (Budapest, Hungary), Arena Națională (Bucharest, Romania), Aviva Stadium (Dublin, Ireland), Parken Stadium (Copenhagen, Denmark), Hampden Park (Glasgow, Scotland), San Mamés (Bilbao, Spain) and Johan Cruyff Arena (Amsterdam, Netherlands) did not host the football elite in the end. Due to an unexpected coronavirus pandemic that affected the entire planet, the tournament was postponed to 2021. However, the year in the title of the championship has been retained for practical reasons…

In the set you will find all valid euro circulation coins issued in 2021 by the National Bank of Slovakia and minted by the Slovak Mint Mincovňa Kremnica. These are the nominal values of 1, 2, 5, 10, 20 and 50 c and 1 and 2 €, which are supplemented with a thematic commemorative token.

The set is stored in a special blister with a cover. 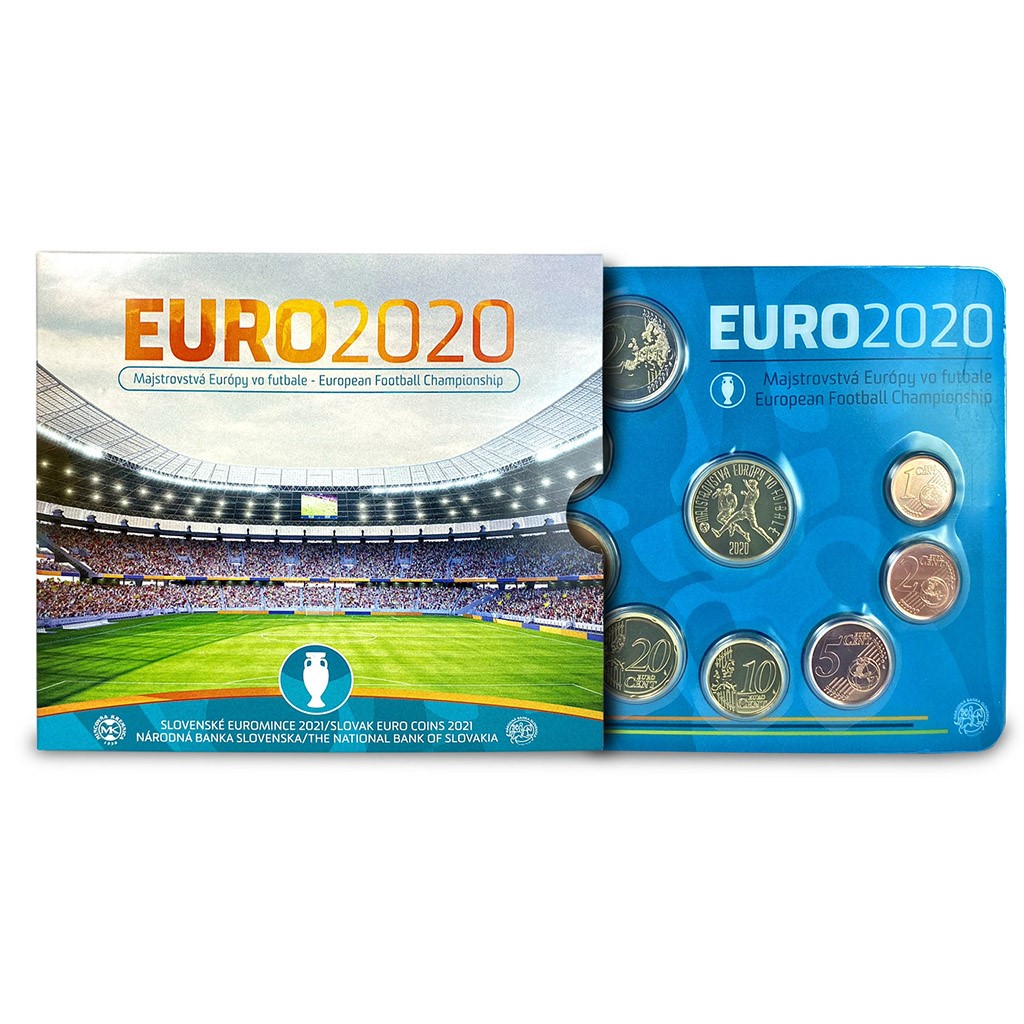 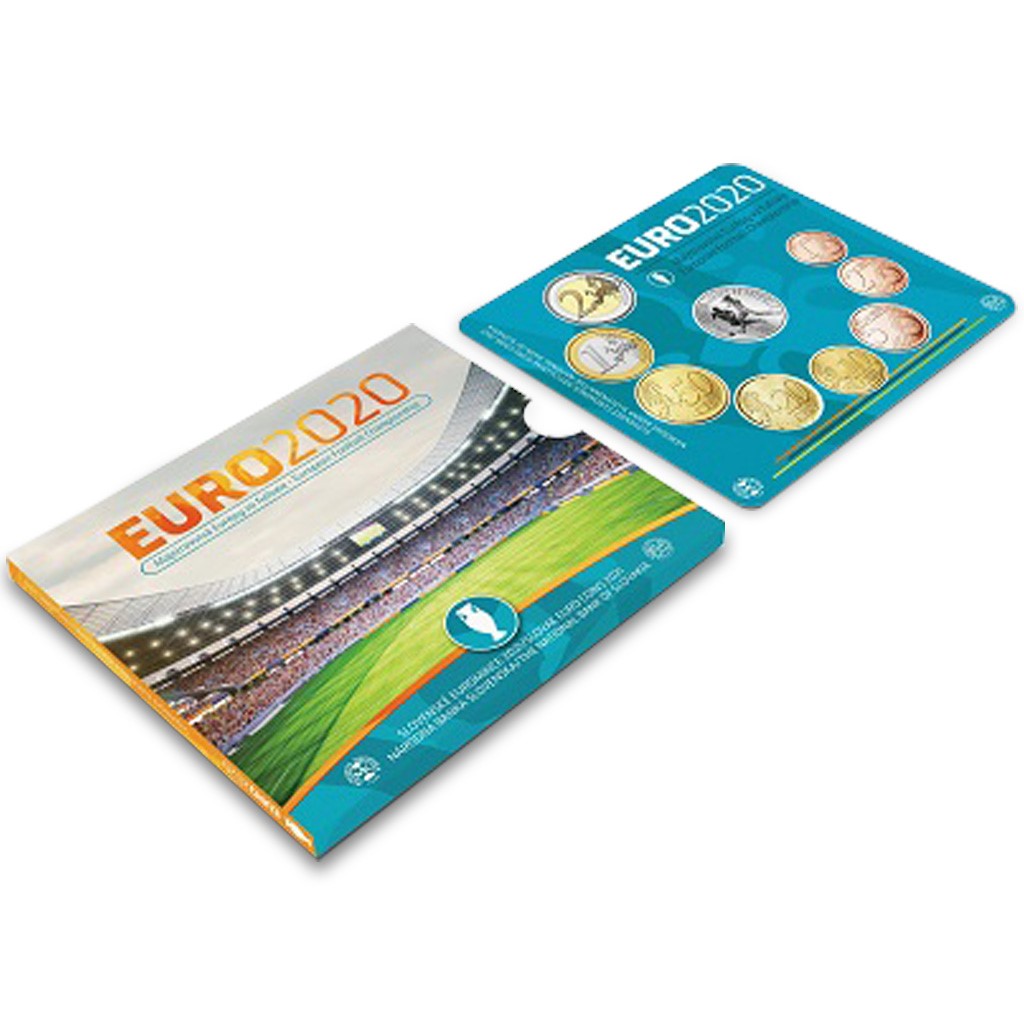