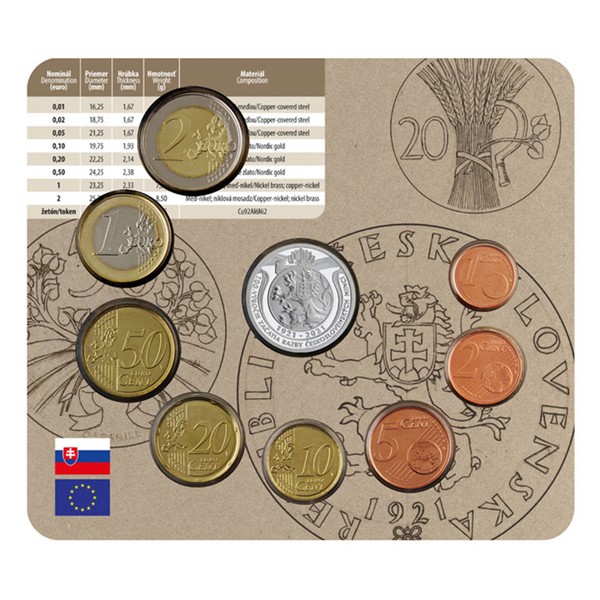 The set of Slovak euro coins was created in 2021 to the occasion of the 100th anniversary of the start of Czechoslovak coinage in Kremnica.

The Slovak Mint Mincovňa Kremnica, founded in 1328, is one of the oldest continuously producing enterprises in the world. Throughout history, there have been many mint towns in Hungary - Bratislava in Slovakia, Nagy Banya in Hungary, Alba Iulia in Romania - but Kremnica has surpassed them all, both in quality and quantity of production, including ducats and tolars. Therefore, Hungary closed down all unprofitable mints at the end of the 19th century, leaving only Kremnica, which produced the Austro-Hungarian crown currency since 1892. The Czechoslovak Republic was built on the ruins of the Habsburg Empire in 1918, but it had to wait for its own currency - the Czechoslovak crown. At first, there were the Austro-Hungarian banknotes, then by provisional state notes, and the first coins appeared finally in 1921. Czechoslovak 20 and 50 halers were minted again in Kremnica...

In the set you will find all valid circulating euro coins issued by the National Bank of Slovakia in 2021 and minted by the Slovak Mint Mincovňa Kremnica. The nominal values are 1, 2, 5, 10, 20 and 50 c and 1 and 2 €. The coins are supplemented with a commemorative medal, which is dominated by a historical mint press called Vulcan.

The set is placed in a special blister with a cover. 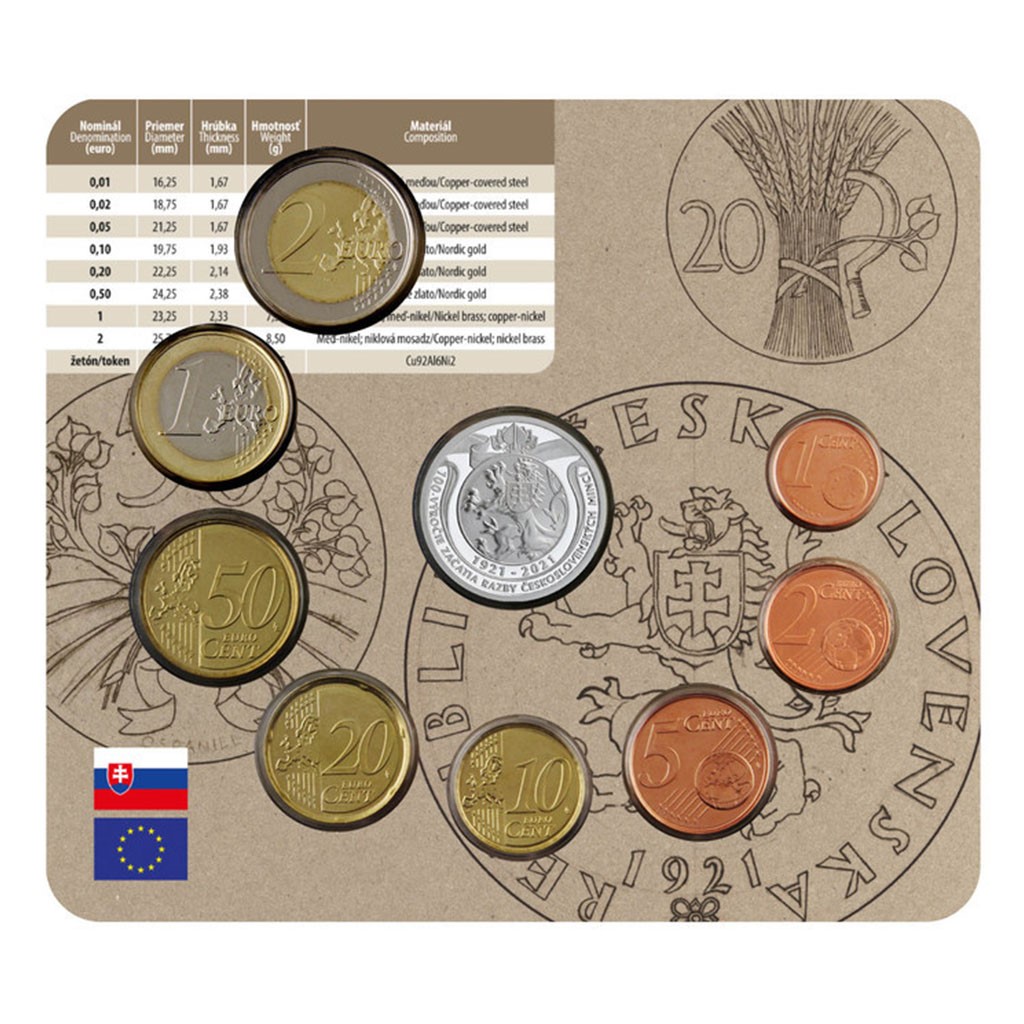