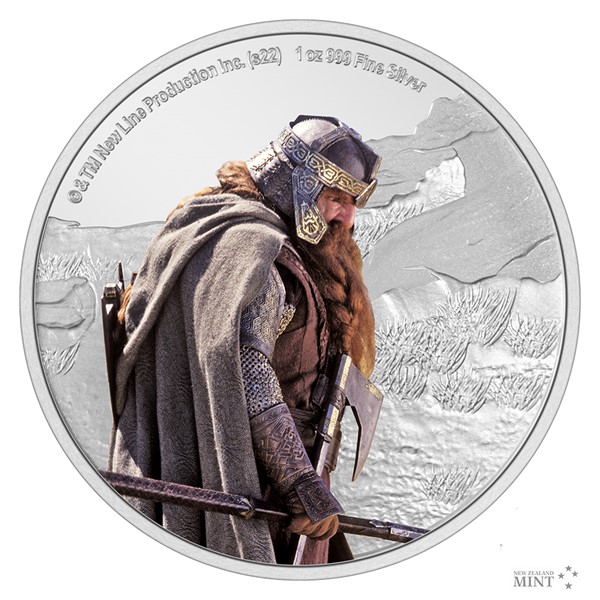 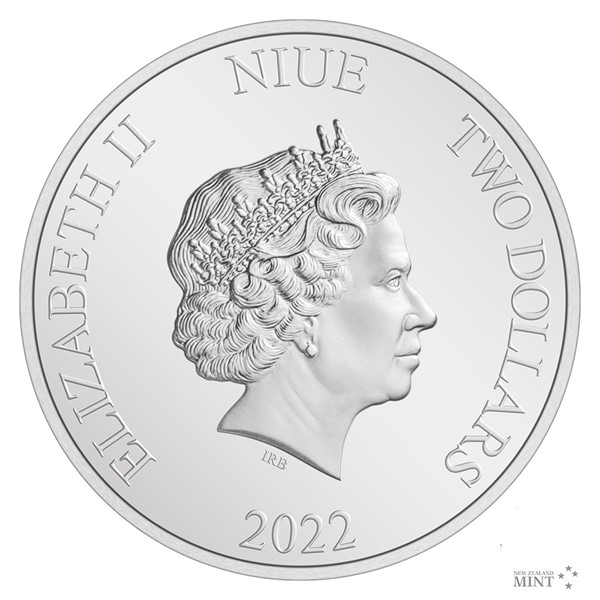 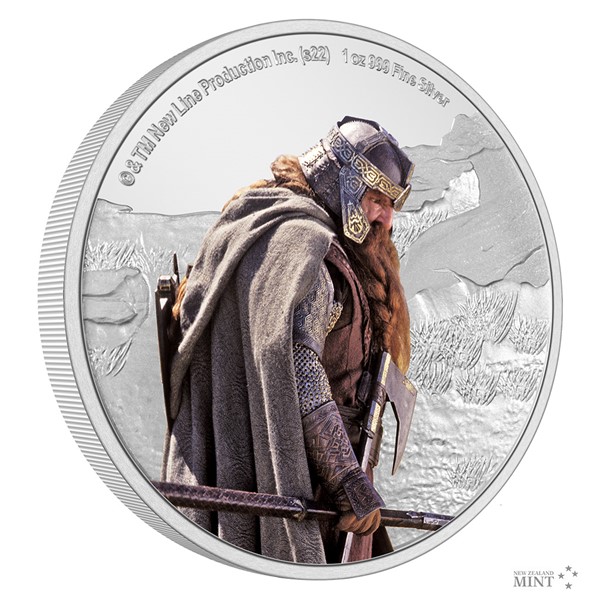 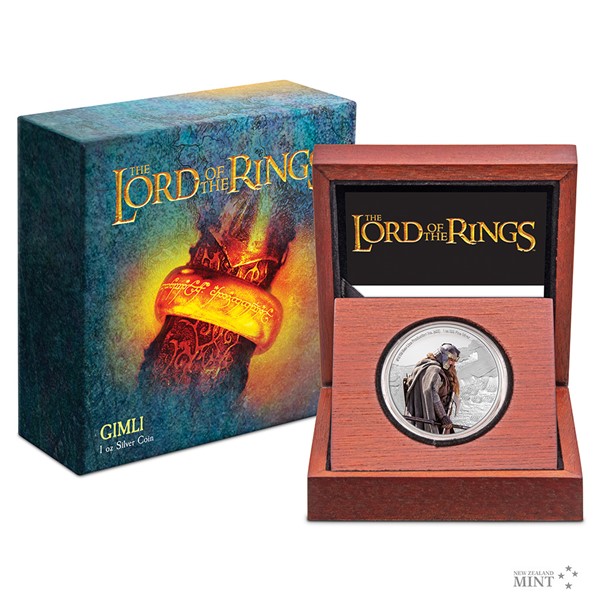 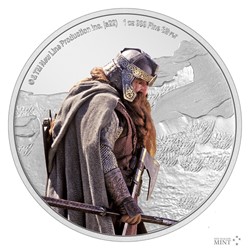 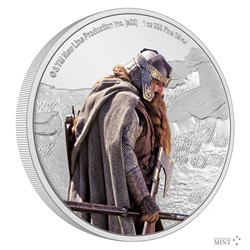 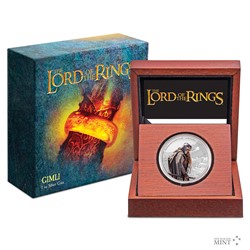 Another silver coin from the series inspired by the Lord of the Rings film trilogy, presents the dwarf Gimli.

The dwarves may not have grown much, but they are sturdy, strong and long-lived. Their tenacious bodies make them unbeatable miners, stonemasons and metalworkers. In the depths of the earth, they forge not only ordinary tunnels, but entire kingdoms. They love stone, iron, silver, gold and gems. But most of all, they want mithril, a light metal of immeasurable value, which can be hammered like copper, polished like glass, and yet is as hard as dragon scales. From the mined metals, the dwarves make stunning jewels and unparalleled weapons that serve them in their endless wars with goblins. Like the rocks they live in, dwarves are tough and incompliant. They resist disease and evil magic, but are prone to greed and jealousy. They guard their culture closely and can be unbearably stubborn, proud and suspicious... Gimli the Dwarf is, at first glance, a typical representative of his race. He boasts a massive beard, is a master axe-wielder and has no love for elves. He never thought he would have an adventure like his father Gloin, who was part of the legendary band that defeated the dragon Smaug and returned the kingdom of Erebor to the dwarves. But then he joined the Fellowship of the Ring, met friends for life and death, and decided the fate of all Middle-Earth...

The reverse side of the coin is dominated by a coloured depiction of Gimli in full armour with two axes. The relief background depicts the rugged Rhone landscape. The obverse side then presents the portrait and name of the monarch Elizabeth II, the year of issue 2022 and the nominal value of TWO DOLLARS (NZD) - i.e. the attributes of the issuer of the coin, which is the island of Niue. The coin was minted by the team at the New Zealand Mint with official film licence.

An integral part of the issue is an elegant wooden case with a special mechanism used to display the coin. 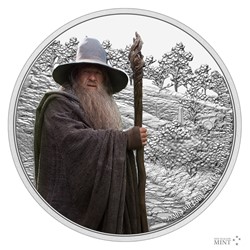 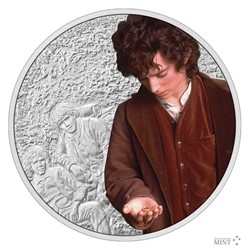 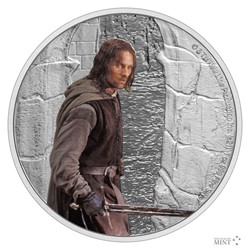 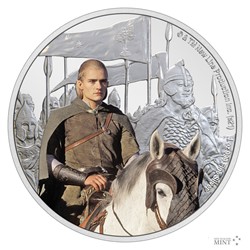 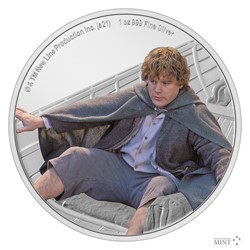 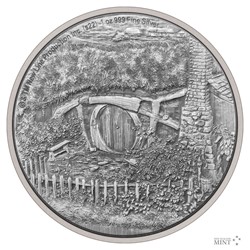 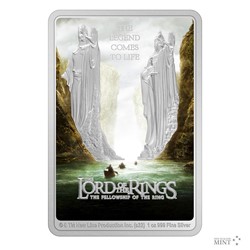 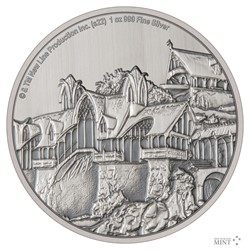 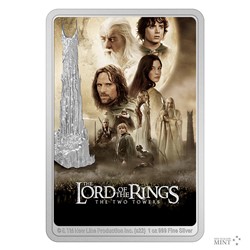 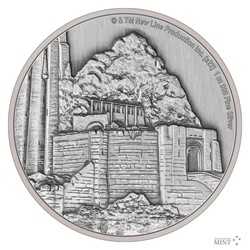 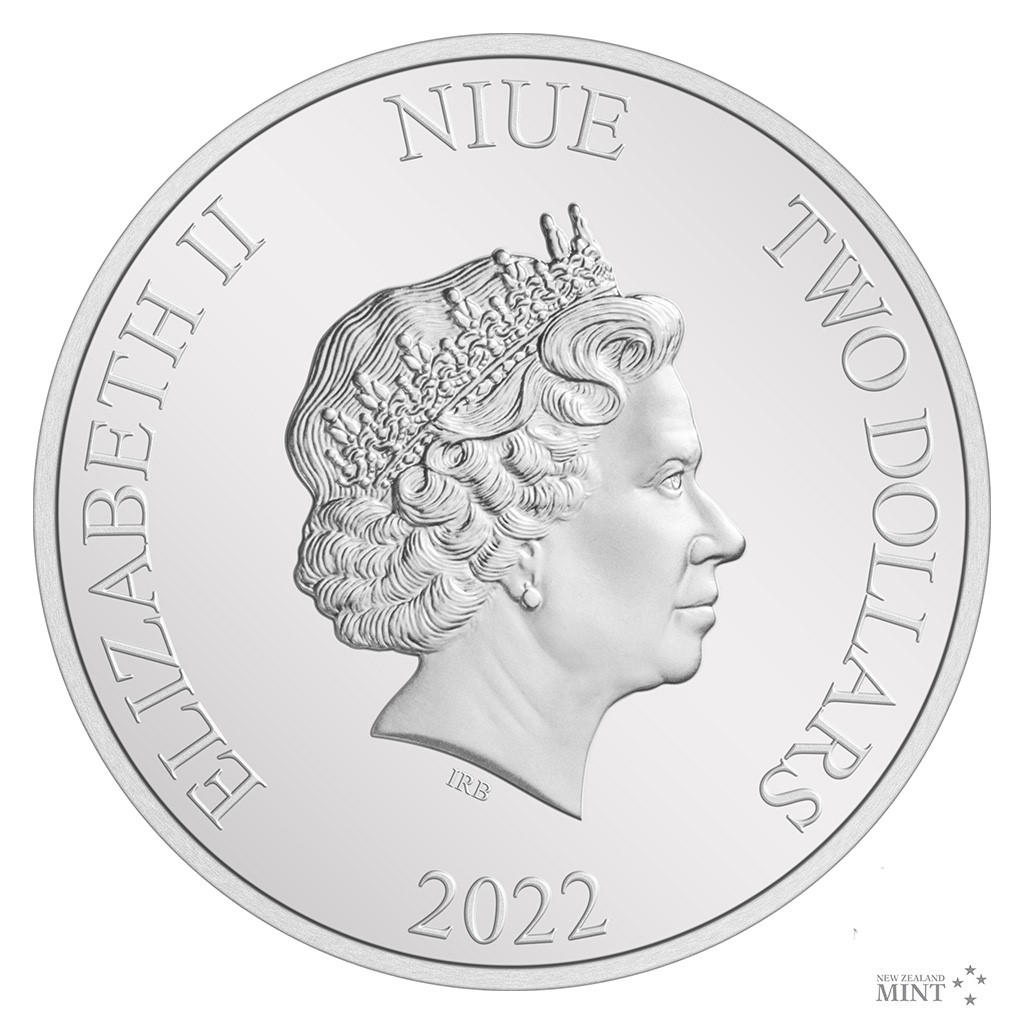 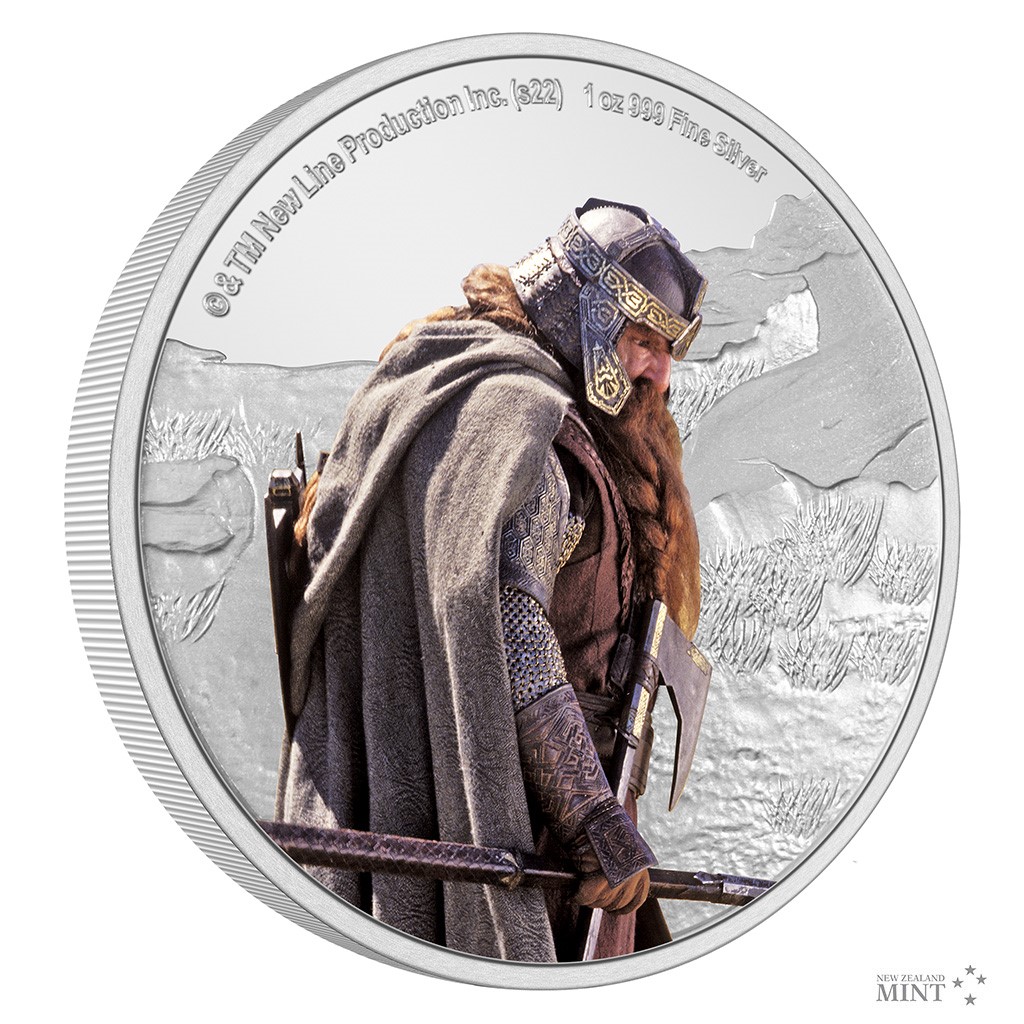 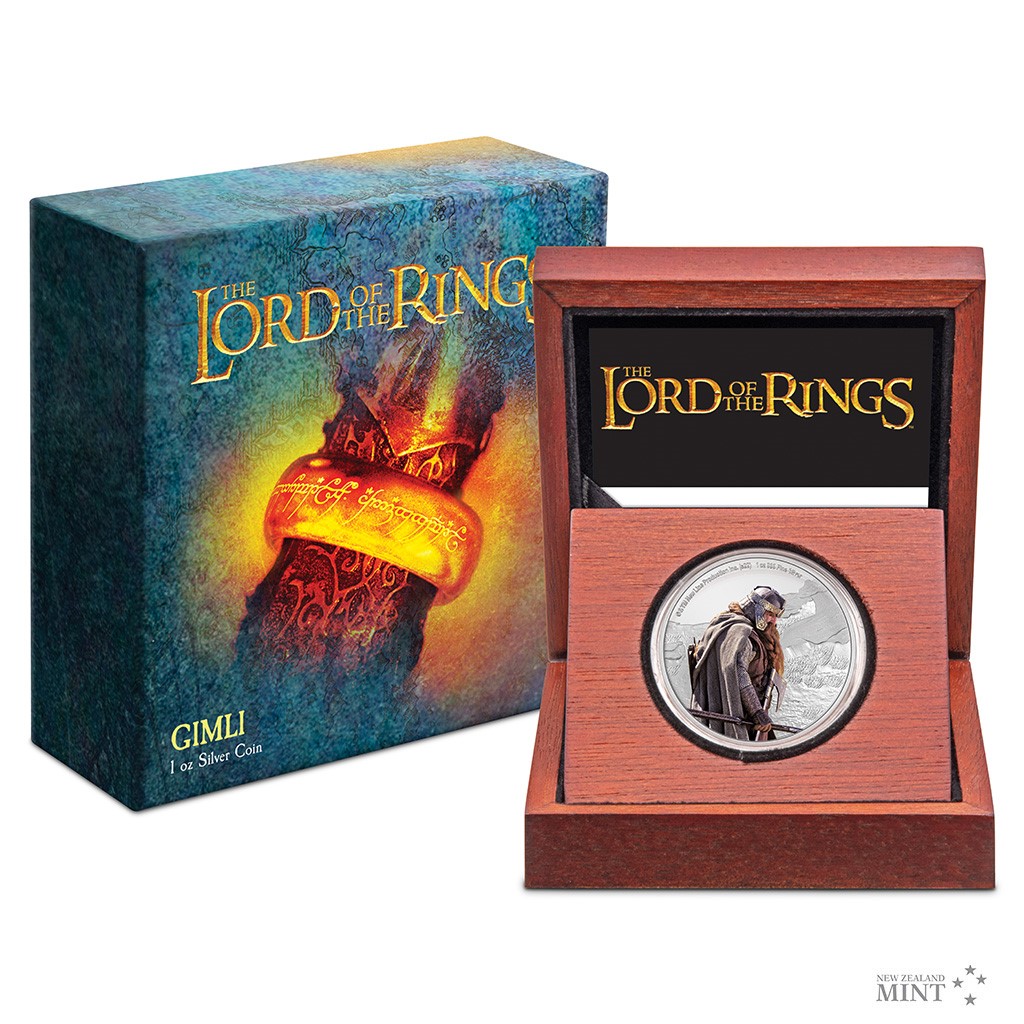