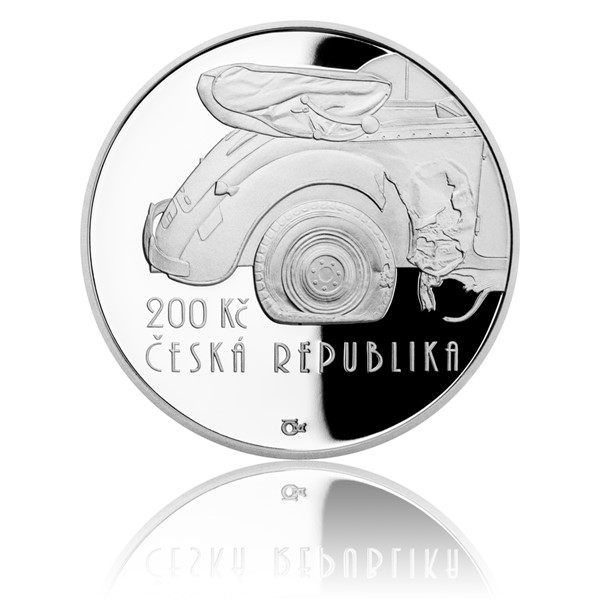 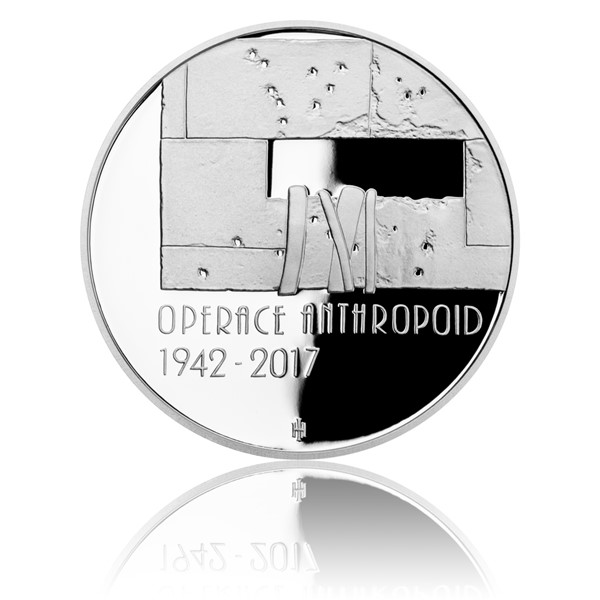 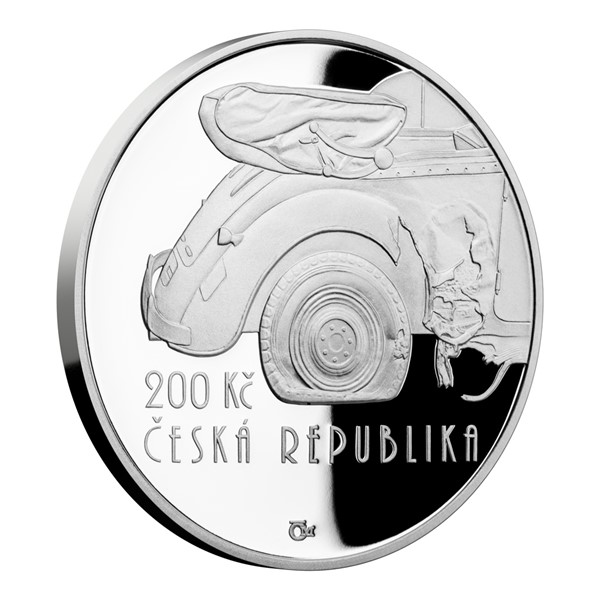 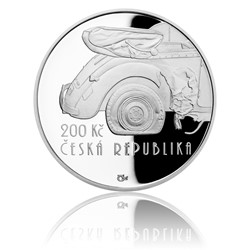 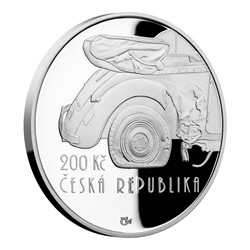 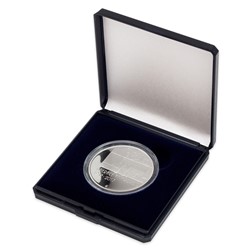 Stock state
Sold out
Date of issue
May 2017
Mintage
11600 pcs
Sold out
A discount voucher cannot be applied to the product.
Find more

Operation Anthropoid, better known as the attack on Reinhard Heydrich, took place in 1942. On the 75th anniversary, the most prominent anti-Nazi action during World War II is commemorated by the silver 200 CZK coin from the Czech National Bank in an extraordinary quality proof.

Reinhard Heydrich was the third-highest ranking officer of the Third Reich after Adolf Hitler and Heinrich Himmler. The prominent Nazis became Holocaust architects and held a number of high-ranking functions. In 1941 he became the representative Reich Protector of the Protectorate of Bohemia and Moravia. His job in the occupied country was to solve the problematic Czech question, in other words, to break and submit a rebellious nation. First he focused on the Czech elite - hundreds of people were executed, thousands thrown into concentration camps. Moreover, Heydrich's actions terrified the representants of Czechoslovak foreign resistance. It was necessary to act before there was no one left to oppose the occupiers. Two paratroopers Jozef Gabčík and Jan Kubiš, who were planted on the territory of the Protectorate,attacked the Heydrich limousine on May 27, 1942. The protector was mortally wounded, and both the assailants and other paratroopers hid in the Cathedral of Cyril and Methodius. However, there was a betrayal from the inside. They did not surrender, they had their last fight and became immortal heroes.

Even though the subject of World War II might seem to be a male domain, a young talented woman Irena Hradecká, DiS, won the Czech National Bank's art contest. The expert commission was addressed by her "real description of the Anthropoid operation, from the beginning of the assassination to the heroic end of Czechoslovak paratroopers ". The result of the assassination was depicted on the obverse side of the coin by the detail of Heydrich's car being destroyed by a bomb. The heroic death of the paratroopers is then expressed through a window leading into the temple crypt - damaged by German bullets, and fire hoses leading to the temple in order to flood out the defenders.

The Jablonec Czech Mint is the maker of this series issued by the Czech National Bank. 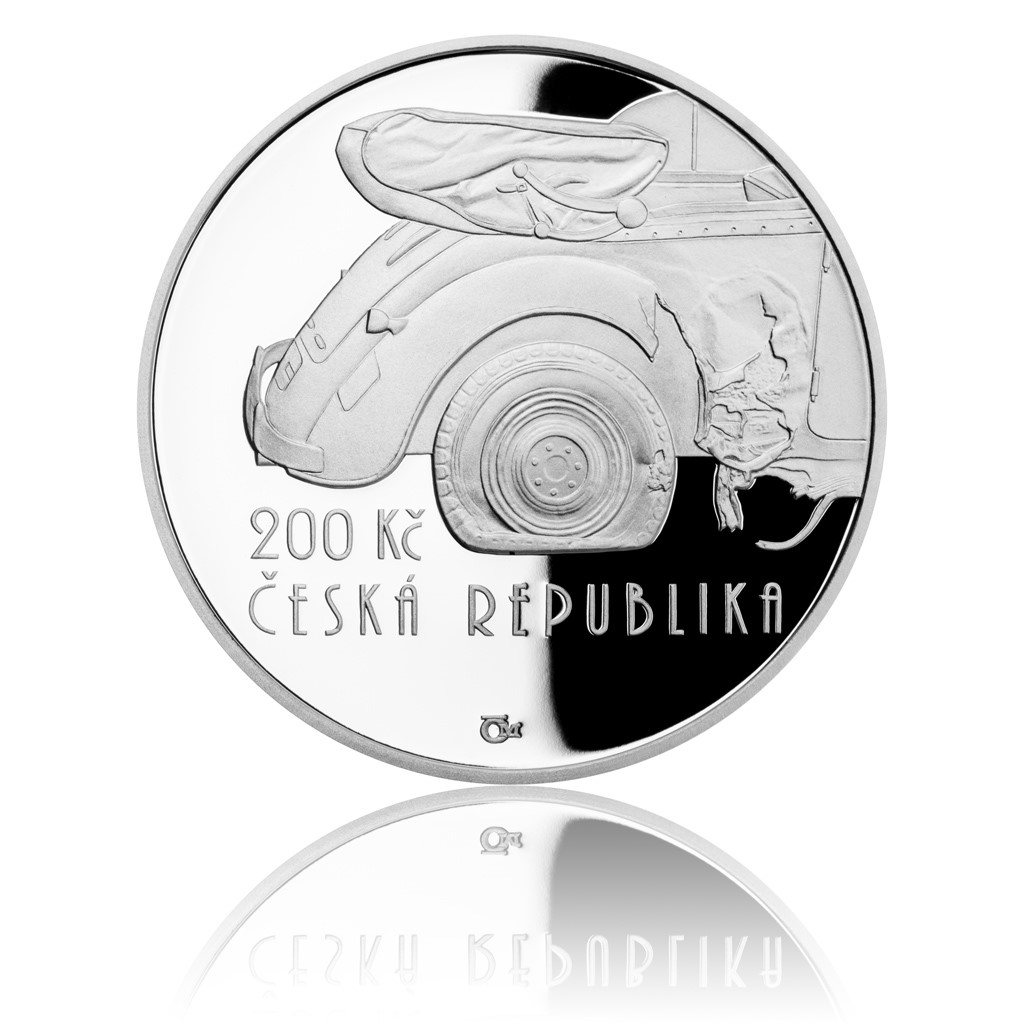 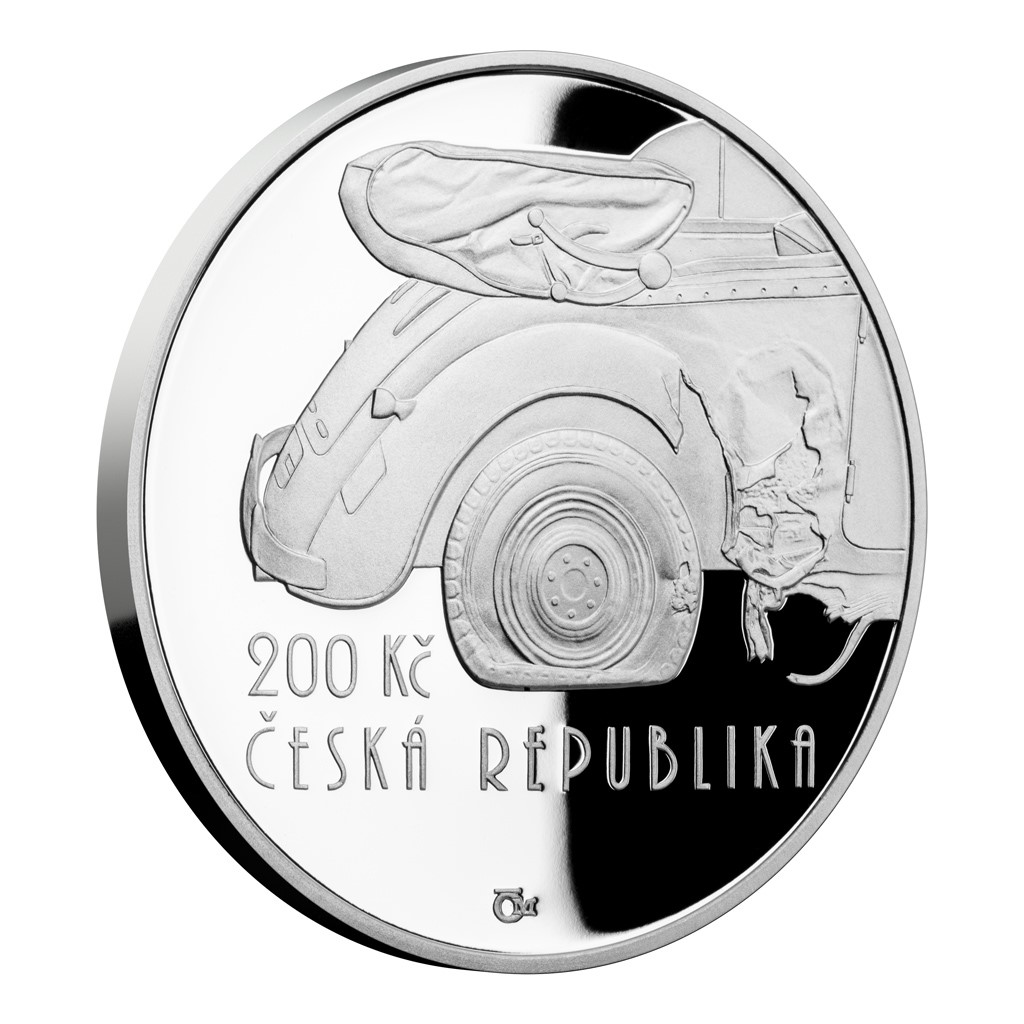