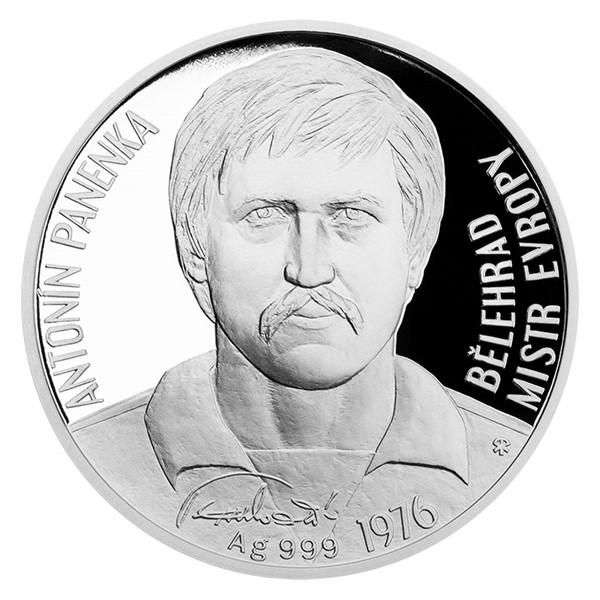 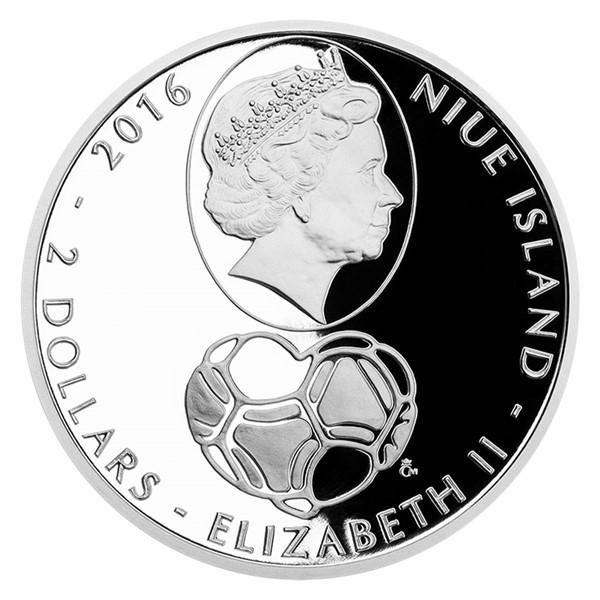 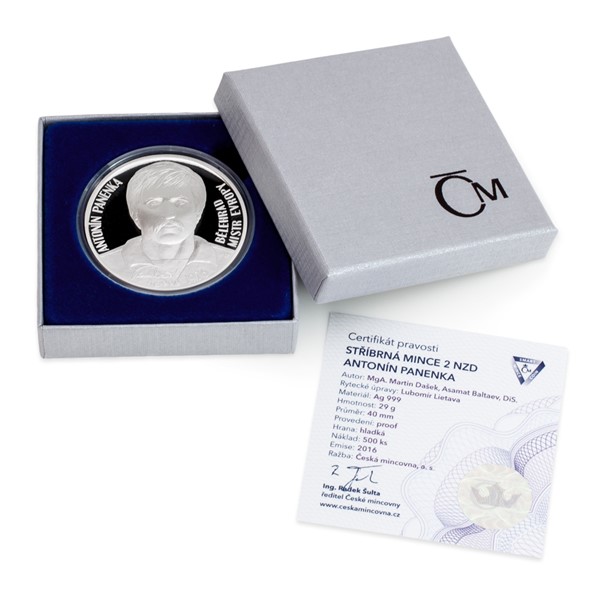 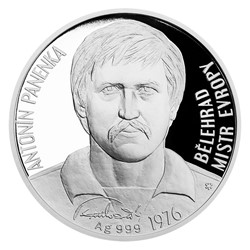 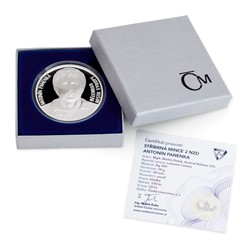 Karol Dobiaš, Ivo Viktor, Jan Lála, Josef Kadraba and Josef Masopust; the masters of football, have been immortalized in sterling silver by the Czech Mint in a successful series of Czechoslovak football legends. In this numismatic Hall of Fame is now entering another phenomenon - Antonín Panenka. His likeable face and notorious sense of humor were combined with sports skill and earned him an enormous national popularity. No wonder - he deserves all the honor… just like the magnificent silver Smart coin 2 NZD in top quality mintage proof.

The European champion of 1976 is without exaggeration one of the best athletes in Czechoslovak history. In a national poll of the Footballer of the century he took sixth place alongside such a big names as Josef Masopust, Ivo Viktor, Andrej Kvašňák or Josef Bican. Antonín Panenka, nicknamed „Páňa“, football fans still like to refer to as a genius. His crucial penalty goal, by which Czechoslovakia won in 1976 in Belgrade, the first and still the only title of European Champions, is still being told both home and abroad. Panenka's career is connected with many years of performing in Bohemians Praha. He has also played for Rapid Vienna, with whom he has won two league titles and a second place in the UEFA Cup Winners' Cup.

The design of the reverse of the silver Smart coin, dedicated to a 67 years old football authority, is made by Asamat Baltaev, DiS. The successful portrait of a charismatic athlete dominates the reverse side of the coin along with his signature, texts ANTONÍN PANENKA, BELGRADE, EUROPEAN CHAMPION and the crucial year 1976t. The reverse which is common to all the issues of the series, comes from the workshop of a medaist MgA. Martina Dašek - it is dedicated to the attributes of the issuer and a football shaped into a heart shape, which is the logo of the International Football Foundation. Anyone who has the heart for football or national pride, surely will not resist a wonderful, limited edition, collectible piece! 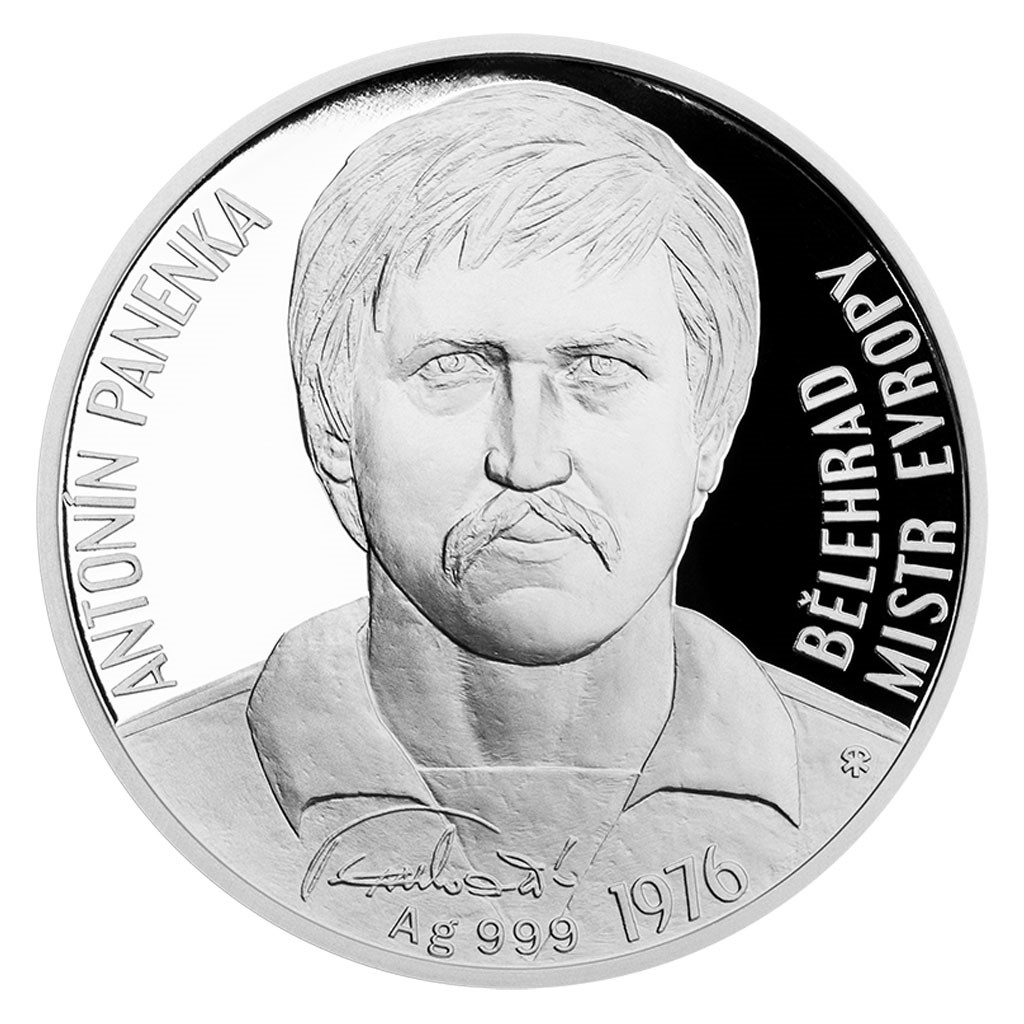 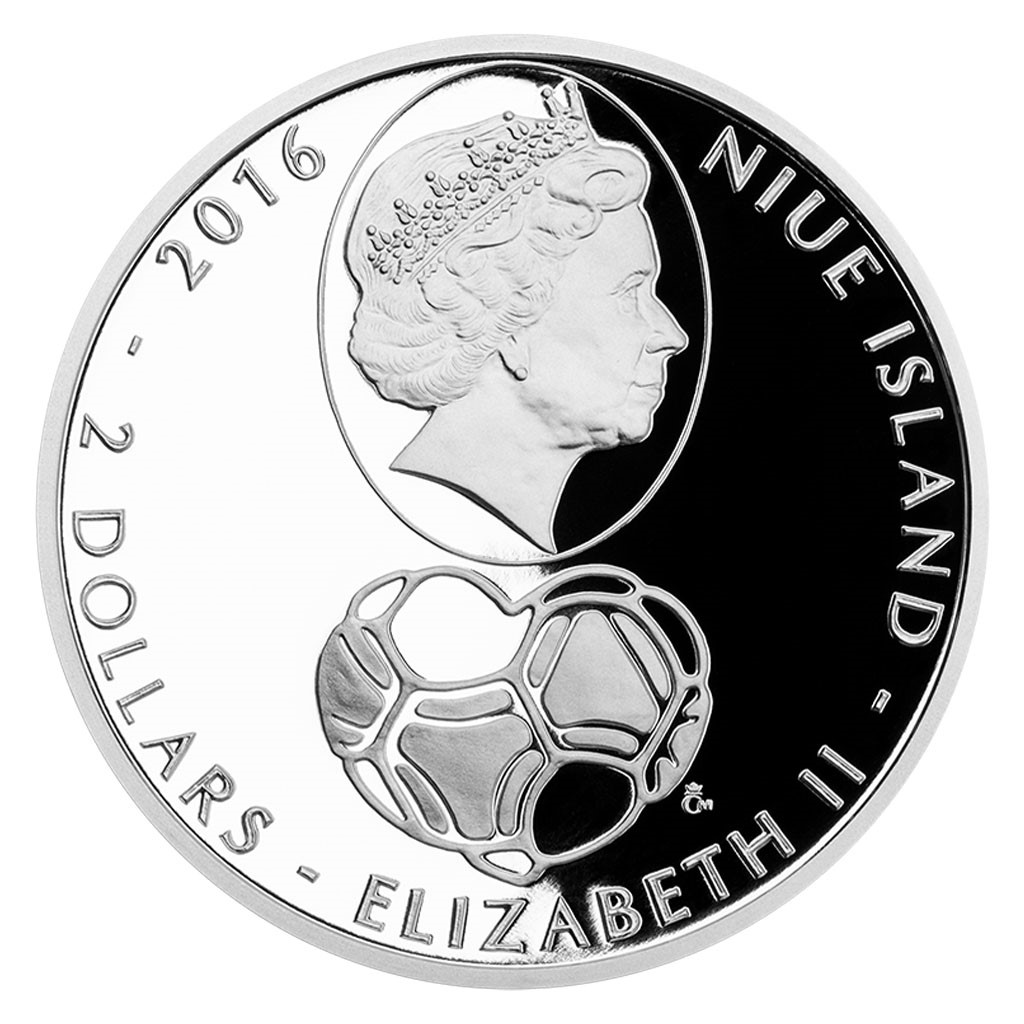 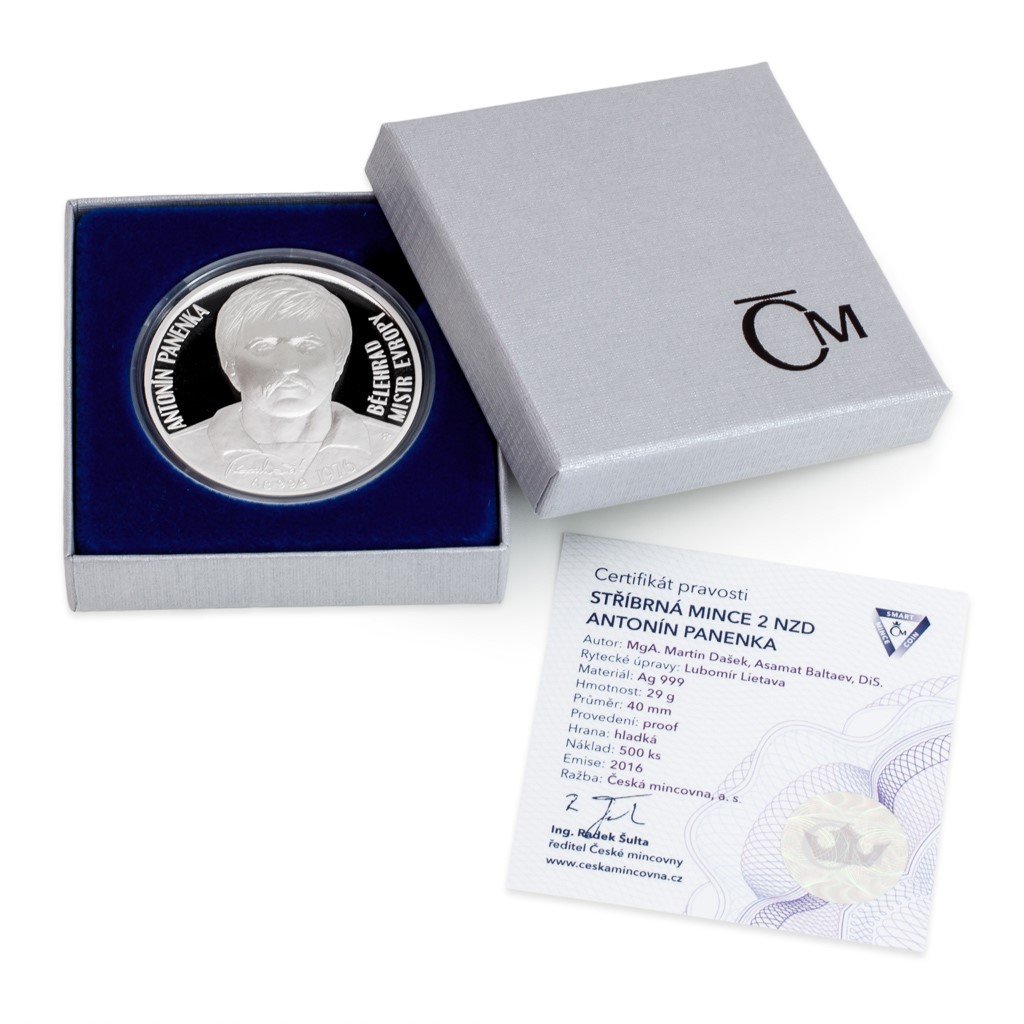