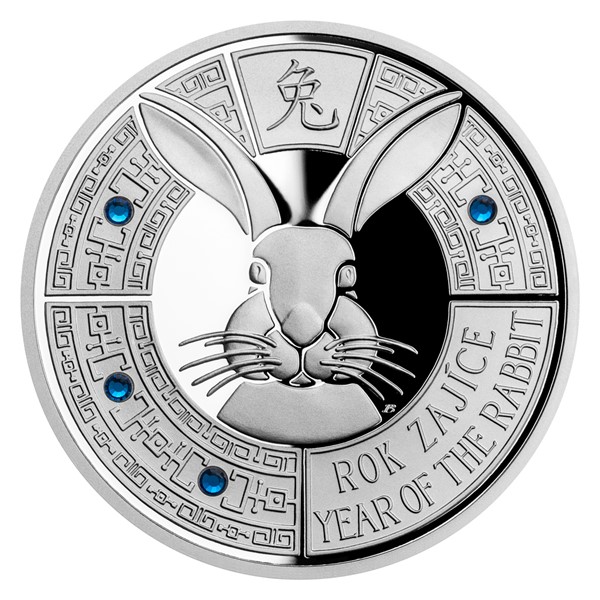 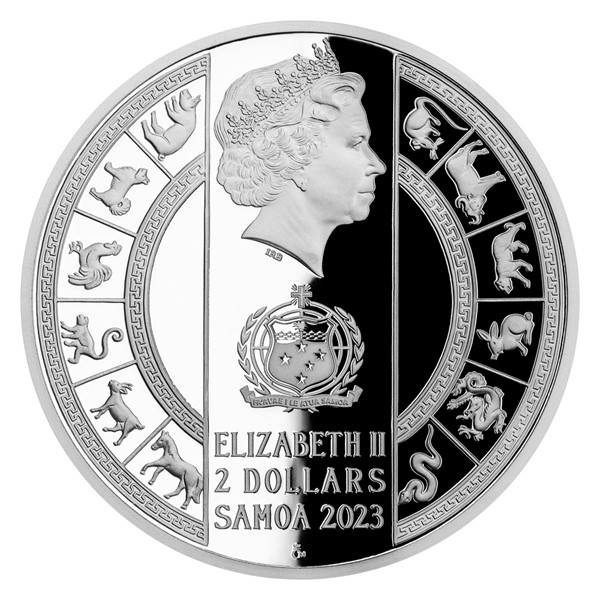 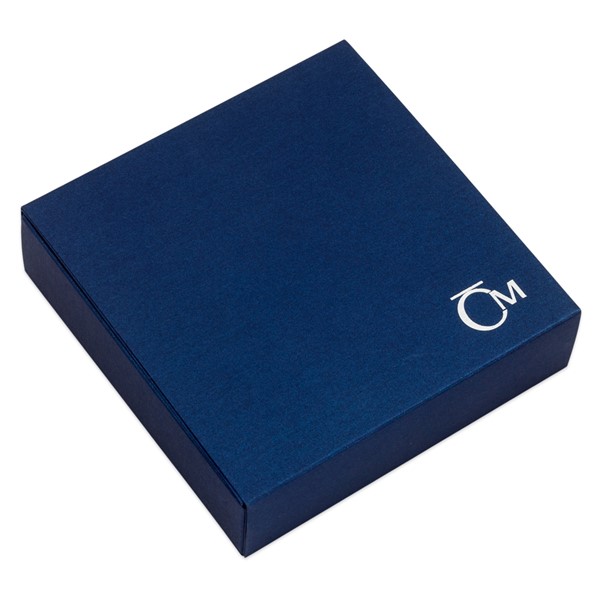 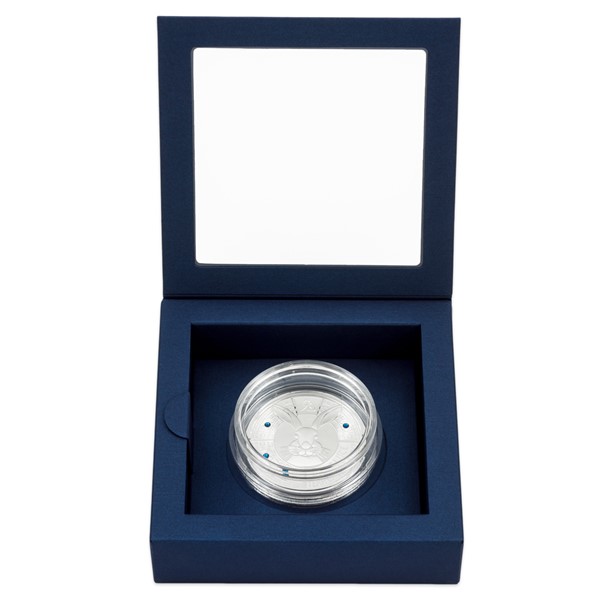 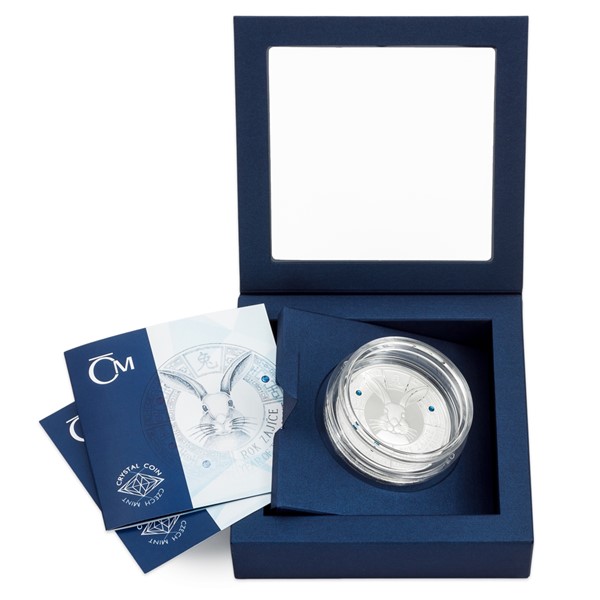 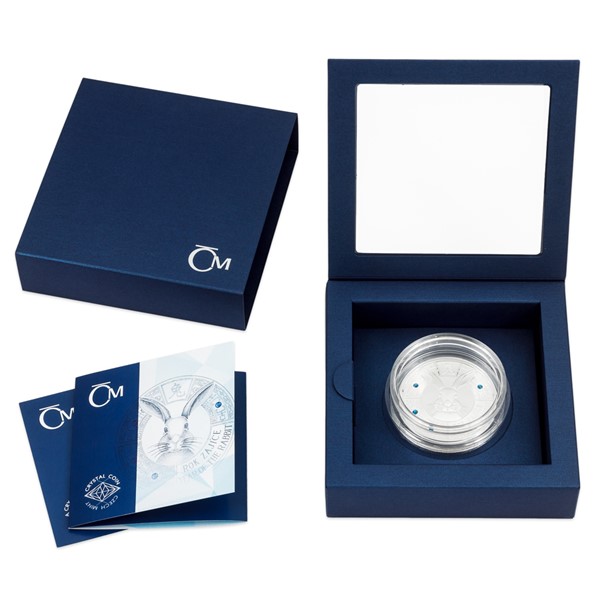 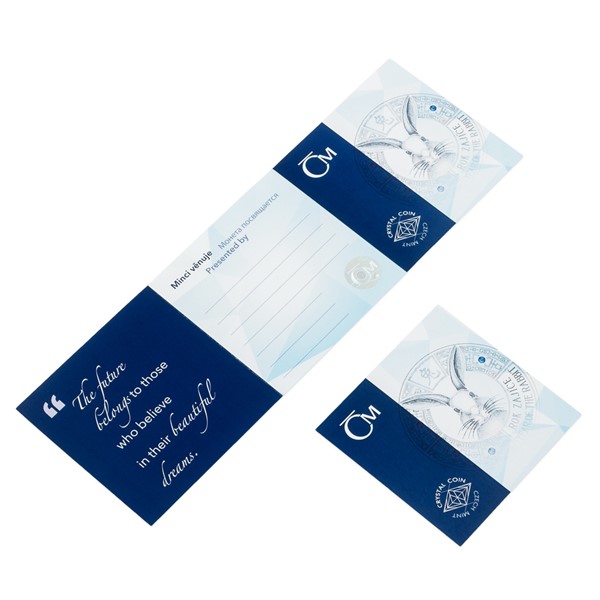 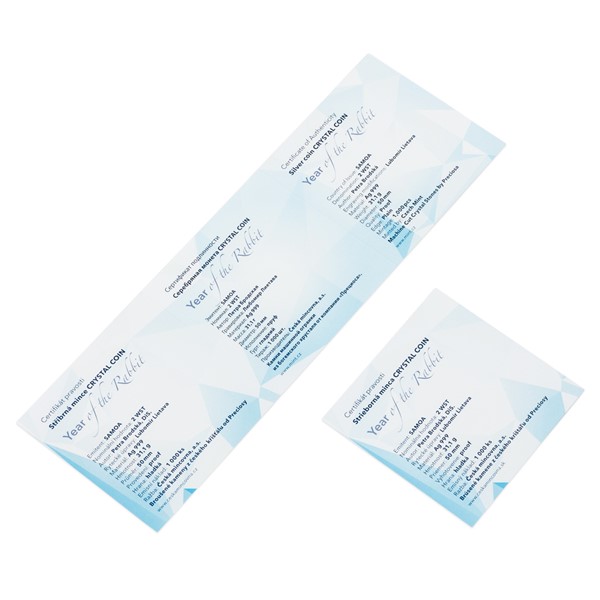 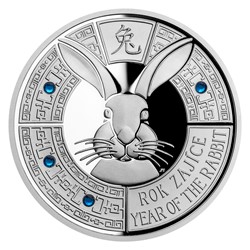 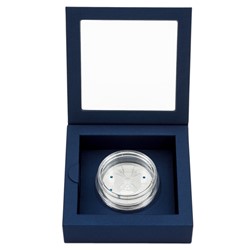 The unique silver coin decorated with Czech crystal "Crystal Coin" represents the Chinese zodiac sign for the year 2023, which is the hare.

The Eastern zodiac, also known as the Chinese zodiac, contains twelve signs - twelve animals that represent twelve temperaments with positive and negative traits. Unlike the classical horoscope we are used to in Europe, each of these signs belongs to a whole year, and once all the animals have been replaced, the twelve-year cycle begins anew... The year 2023 is dedicated to the fourth animal of the Chinese zodiac - the hare. Why? Legend tells of the Jade Emperor who ruled the heavens and sought someone to guard his palace. Twelve creatures - a rat, a buffalo, a tiger, a hare, a dragon, a snake, a horse, a goat, a monkey, a rooster, a dog and a pig competed for the emperor's favour. Their position in the palace was to be decided by a great race. The strong buffalo was the favourite, but he did not know that a cunning rat had settled on his back and jumped off just before the finish line, depriving him of the victory. The nimble tiger took the third place and the agile hare, who was nudged to the finish by the good-natured dragon, took the fourth place. People who are born under the influence of a hare tend to be intelligent, insightful, reliable and creative. Although they are kind, dedicated, sensitive and diplomatic, they can be prone to a moodiness that makes them superior and indifferent in weak moments.

The reverse side of the coin, which is the work of the medal maker Petra Brodská, DiS., presents a stylized depiction of a rabbit accompanied by decorative ornaments and four crystal stones. The Czech-English inscription ROK ZAJÍCE– YEAR OF THE RABBIT is supplemented with the appropriate Chinese symbol. You will find all twelve animals of the Eastern Zodiac on the obverse side of the coin. As the coins of the Czech Mint are issued with the foreign licence of the State of Samoa, they also bear its national emblem, the year of issue 2023 and the nominal value of 2 DOLLARS (WST) on the obverse side.

The coin is issued in a limited edition of 1000 pieces and is an original gift for many occasions. It is stored in elegant packaging that can be simply transformed into a practical frame to be displayed. 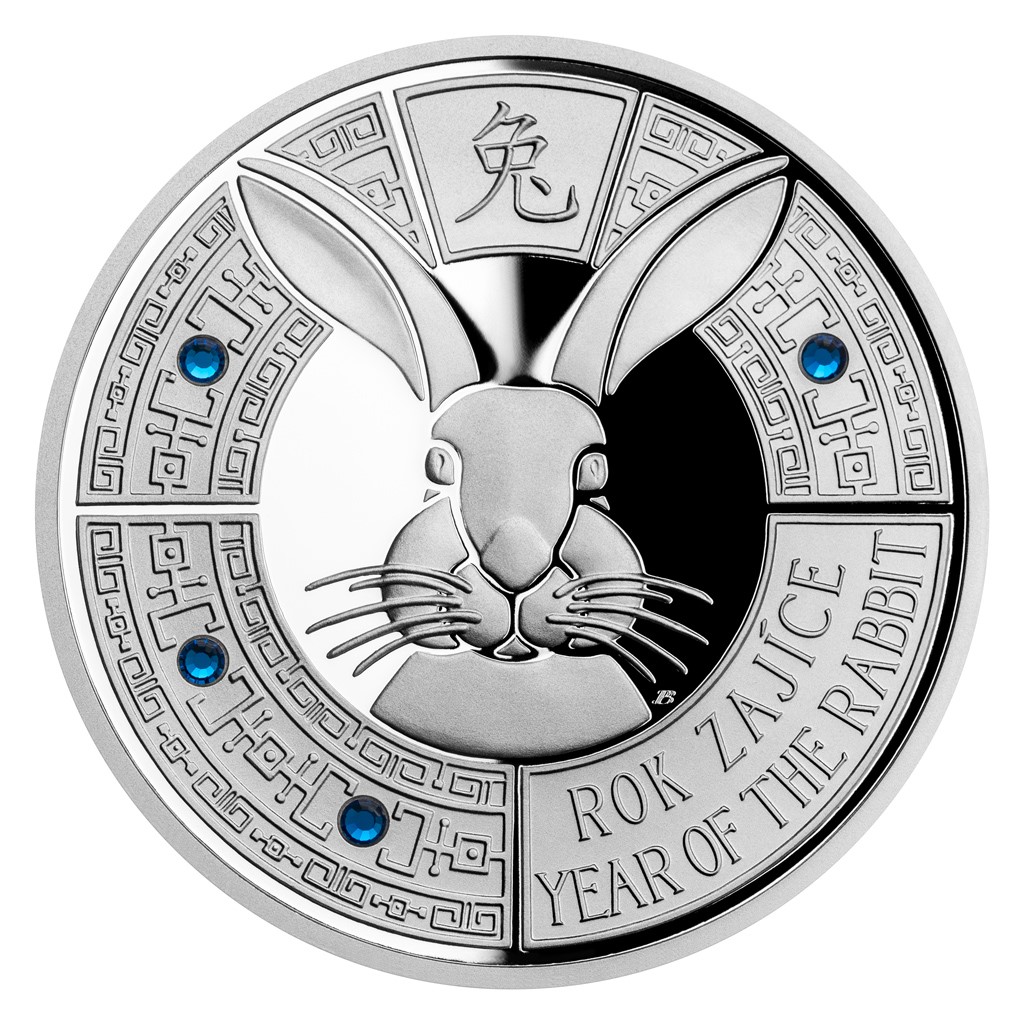 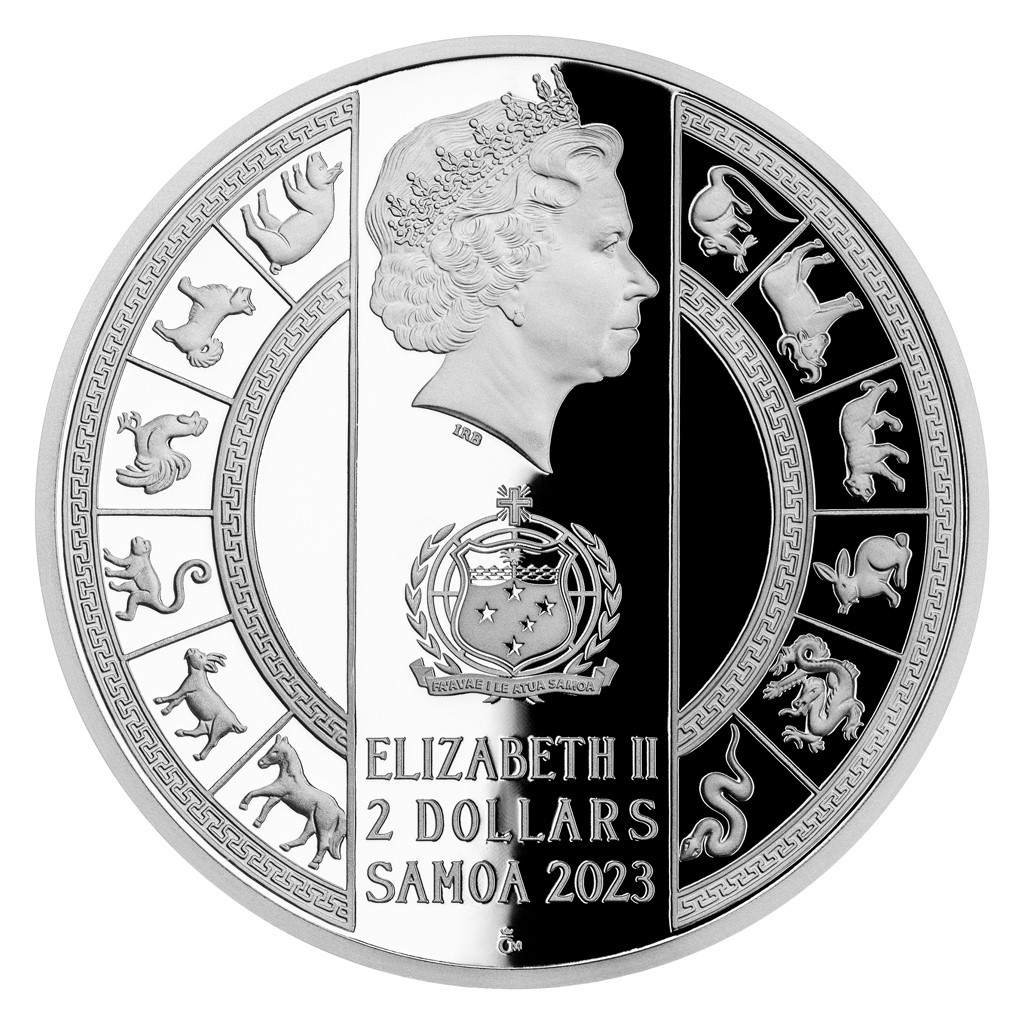 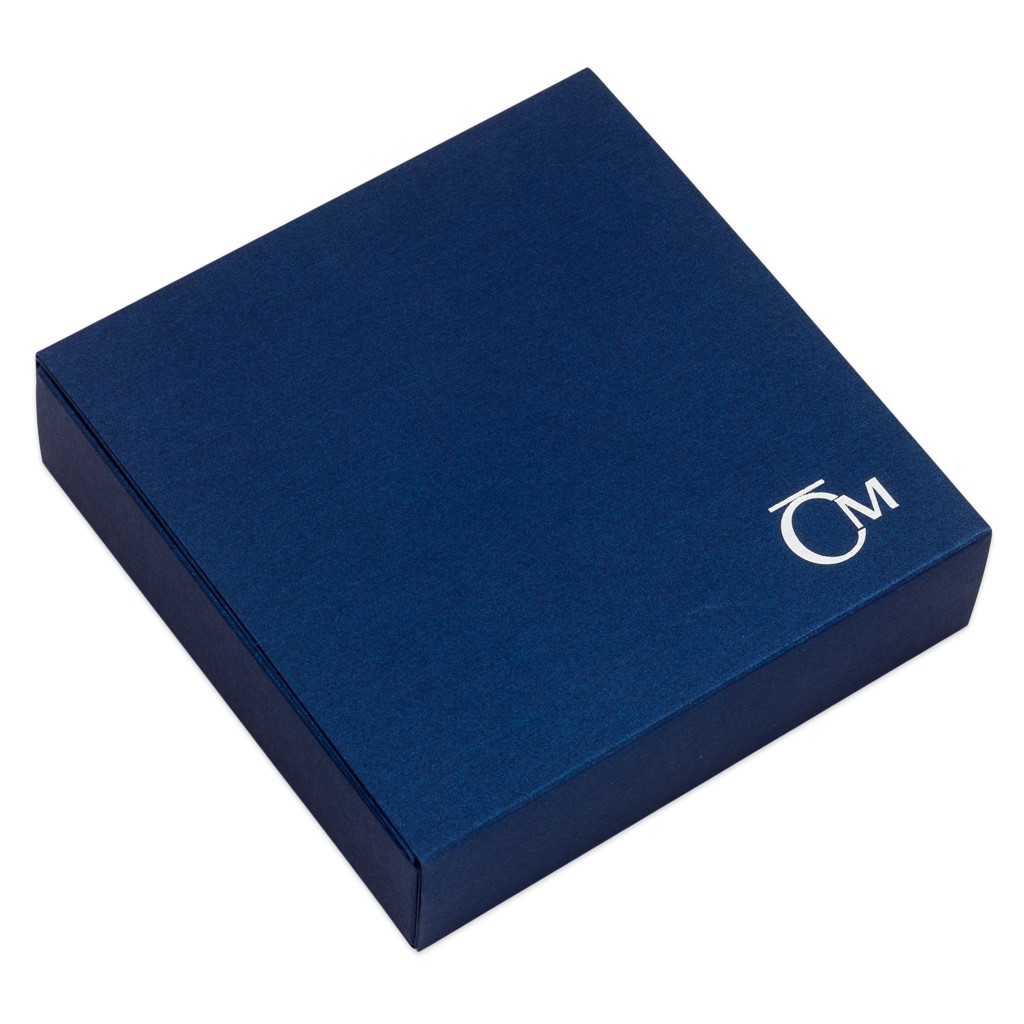 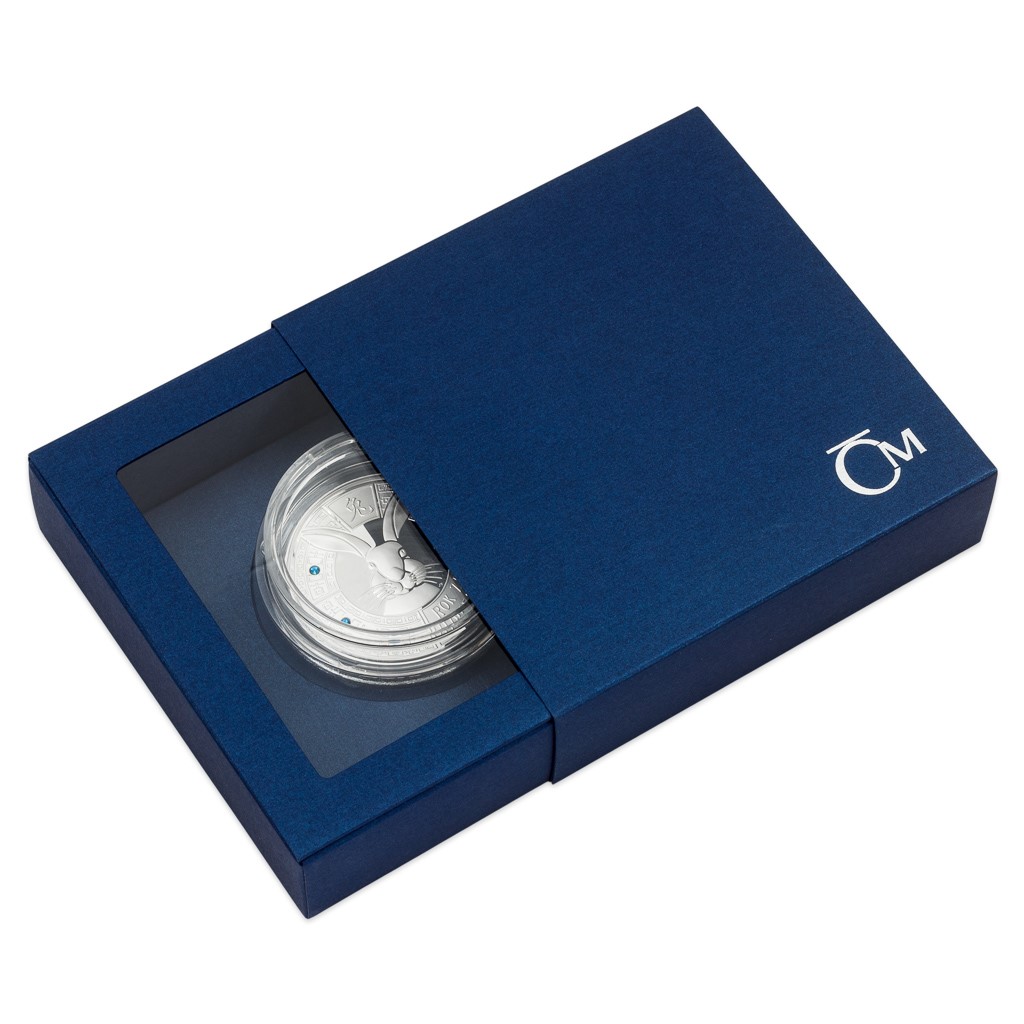 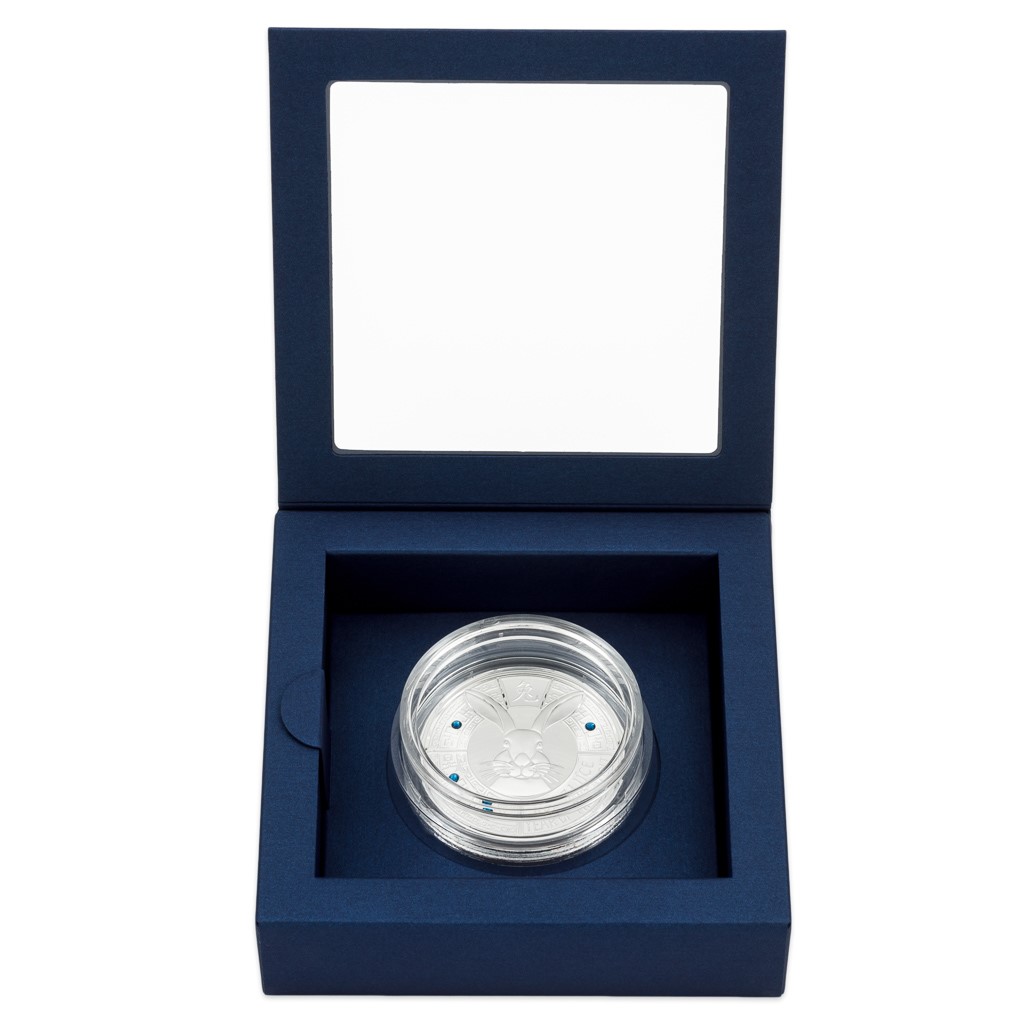 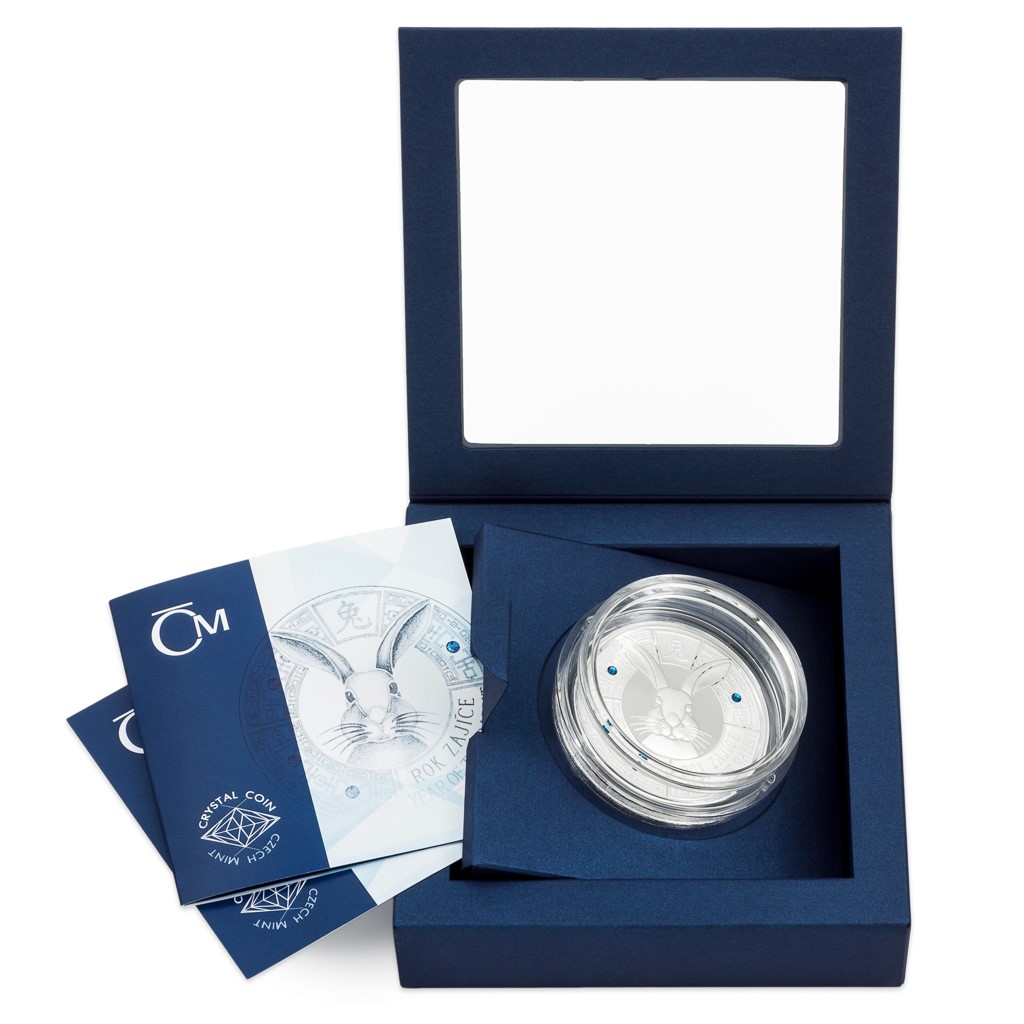 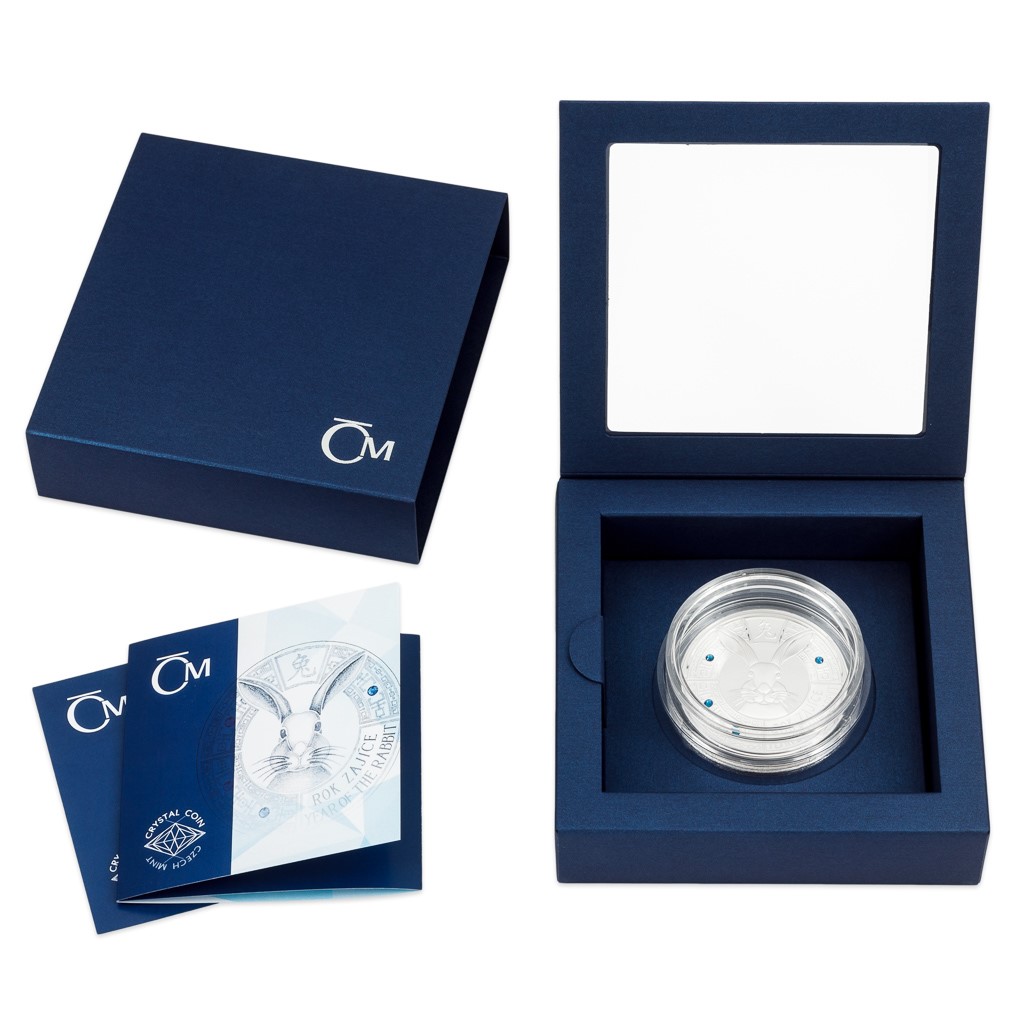 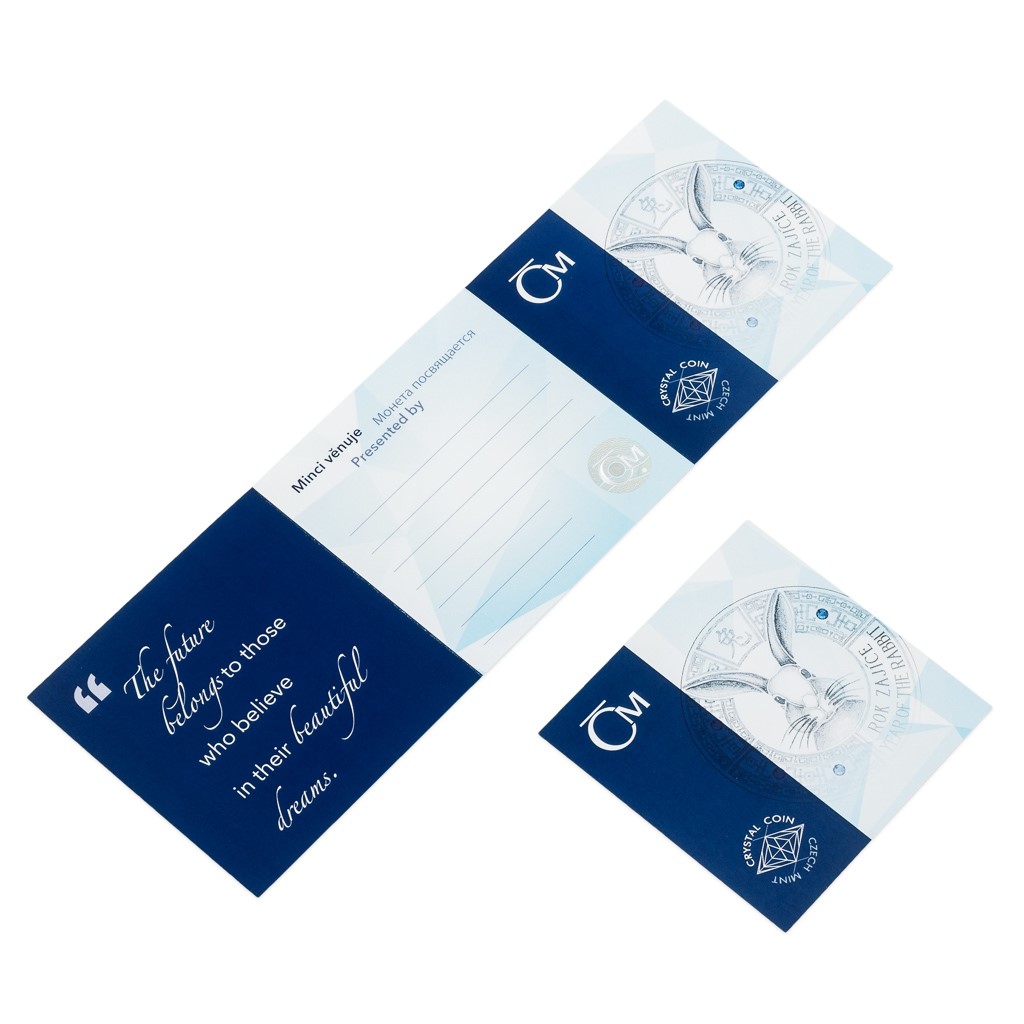 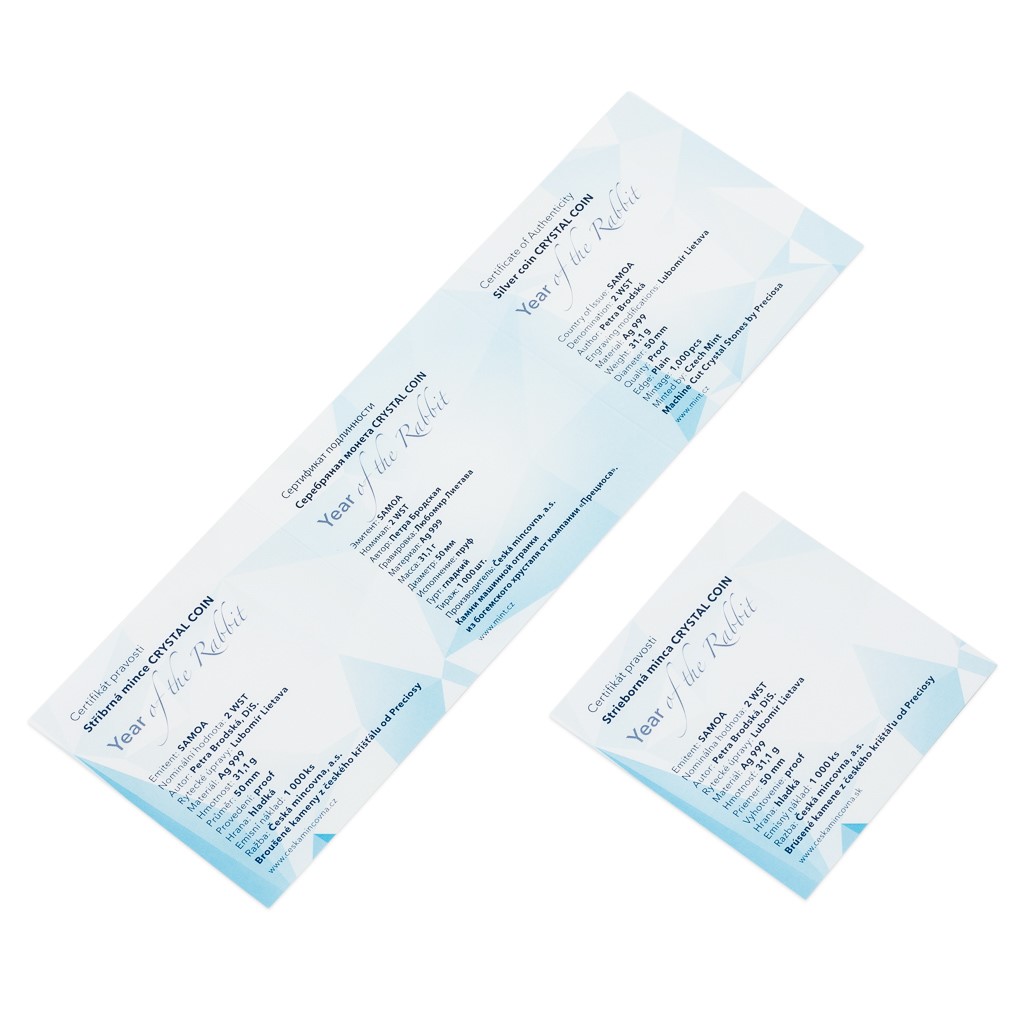 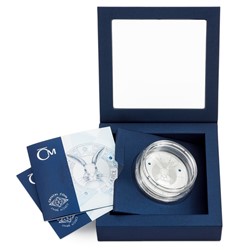 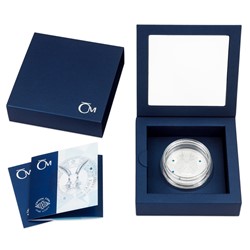 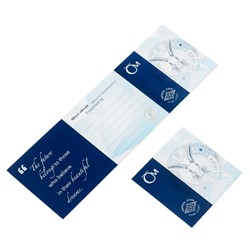 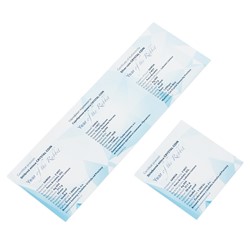