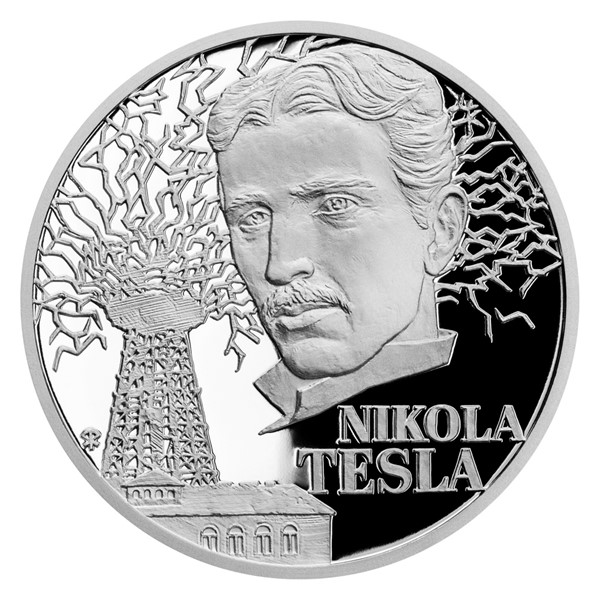 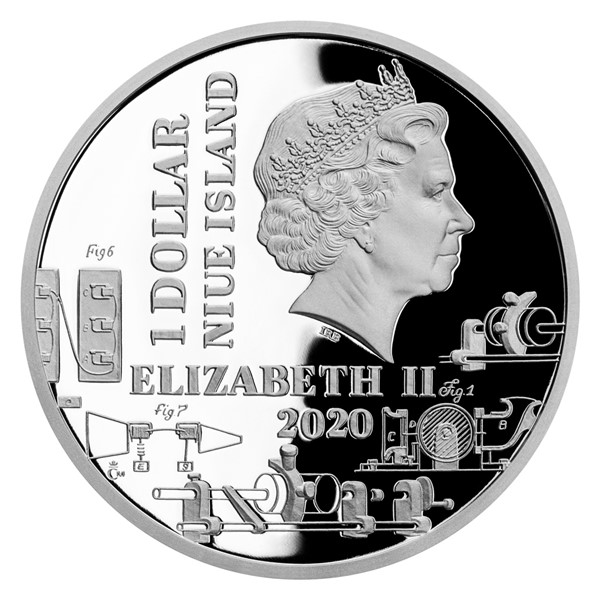 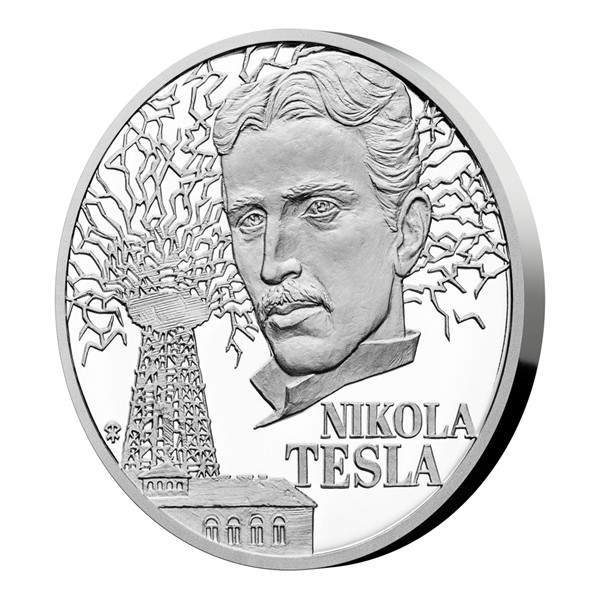 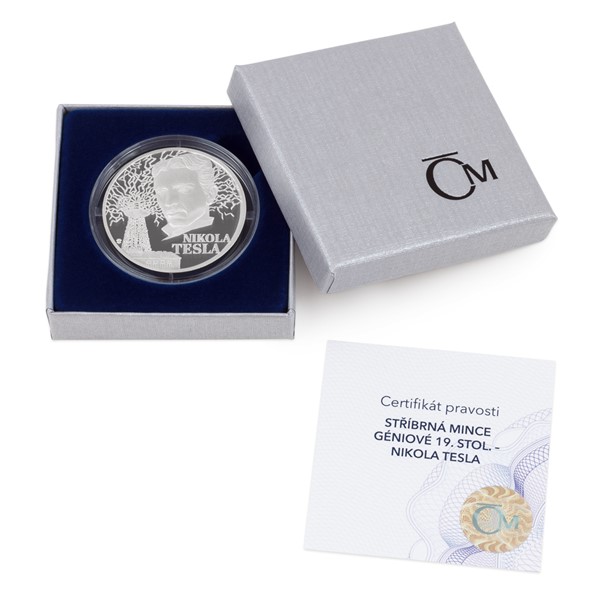 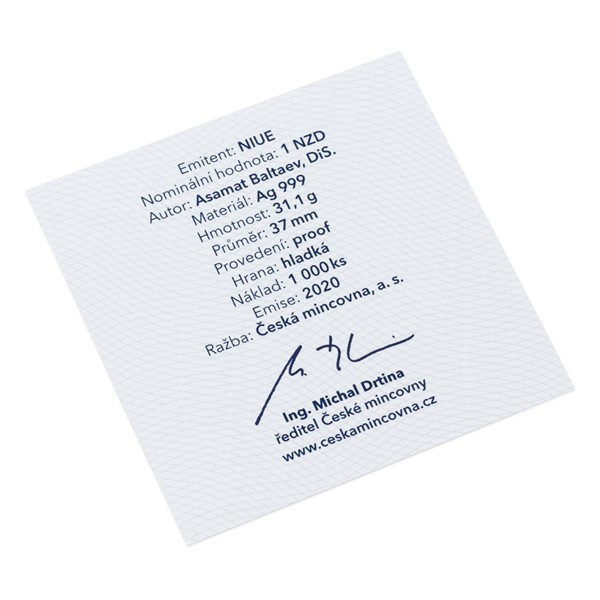 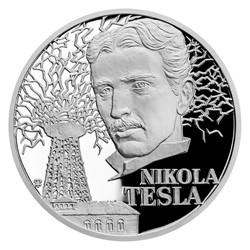 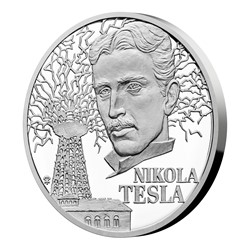 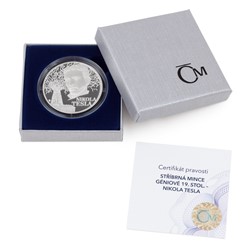 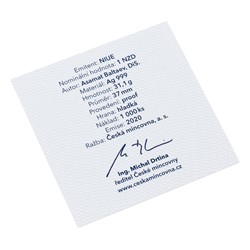 The collector's mini-series entitled Geniuses of the 19th century was opened with Thomas Alva Edison. Secondly, the Czech Mint introduces his rival Nikola Tesla on the silver coin.

Lightning crossed the sky above the Serbian village when Nikola Tesla was born. The midwife claimed that this was a bad sign, but she had no idea that she had just helped to bring the "lord of lightning" to the beginning of the true electrification of the world. Nikola studied mathematics and physics, researched electricity, and discovered the principle of alternating current. He worked in the Edison´s company, and when he traveled to America, he believed that his colleague would appreciate and support his discovery. But Edison did the opposite and swept the efficient system aside. His living was in danger because Edison's power plants, power grids, and motors were using direct current. Thus began the famous "war of the currents". Edison claimed that alternating current was too dangerous - he did not hesitate to kill an elephant during the demonstration and thus involuntarily invented an electric chair. Tesla was convinced that there were fewer losses in the grid when alternating current power was transferred and that motors powered by alternating current were simpler and cheaper in construction. In the end, his system, which we use today, has become the standard. However, Edison was not the only inventor who disputed with Tesla in the 19th century. Every schoolboy tells you that the radio was invented by Guglielmo Marconi. However, Nikola Tesla patented the same invention a few years earlier and was therefore sued for years with an Italian who won the Nobel Prize for wireless transmission and became fabulously rich. Justice was done a year after Tesla's death, when the US Supreme Court declared Marconi's patents invalid and assigned radio authorship to a brilliant Serb. The eccentric Tesla paid for not being a practical person. He was full of ideas but could not invent their practical use. He had not even patented a lot of groundbreaking ideas, and he was already doing something else, even more fantastic - for example, he had discovered X-rays before roentgen rays when photographing Mark Twain. He died poor and misunderstood… As his entire estate was confiscated by the CIA, we will probably never know if he truly caused the Tungus catastrophe, created rays of death, or stood behind the Philadelphia experiment. But his brilliance is undisputed. When Albert Einstein was asked to feel to be the smartest person on Earth, he said, "I don't know, ask Nikola Tesla."

Medal maker Asamat Baltaev, DiS., placed a portrait of the inventor from the time when he reached the greatest fame, and the inscription NIKOLA TESLA on the reverse side of the coin. The composition is supplemented by a depiction of the Wardenclyff Tower, from which lightning flashes. It was one of Tesla's most mysterious inventions, designed to allow wireless transmission of information and energy for free. It is hard to understand that the revolutionary device was in contradiction to the interests of the industrial tycoons who ensured that it was never put into operation ... The obverse side of the coin is then a showcase of various inventions of 19th century. Since the Czech Mint coins are issued with a foreign license of the island of Niue, they bear the name and the portrait of Queen Elizabeth II, the nominal value of 1 DOLLAR (NZD) and the year of the issue 2020.

The coin of Nikola Tesla is stored in a special collector´s box which can also be found in the offer of the Czech Mint. 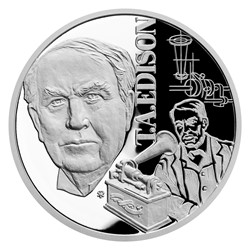 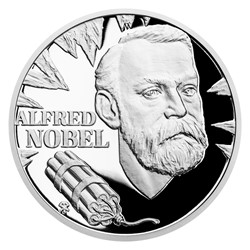 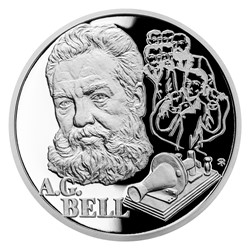 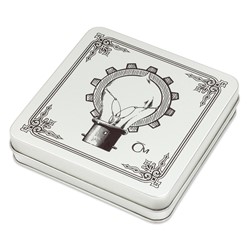 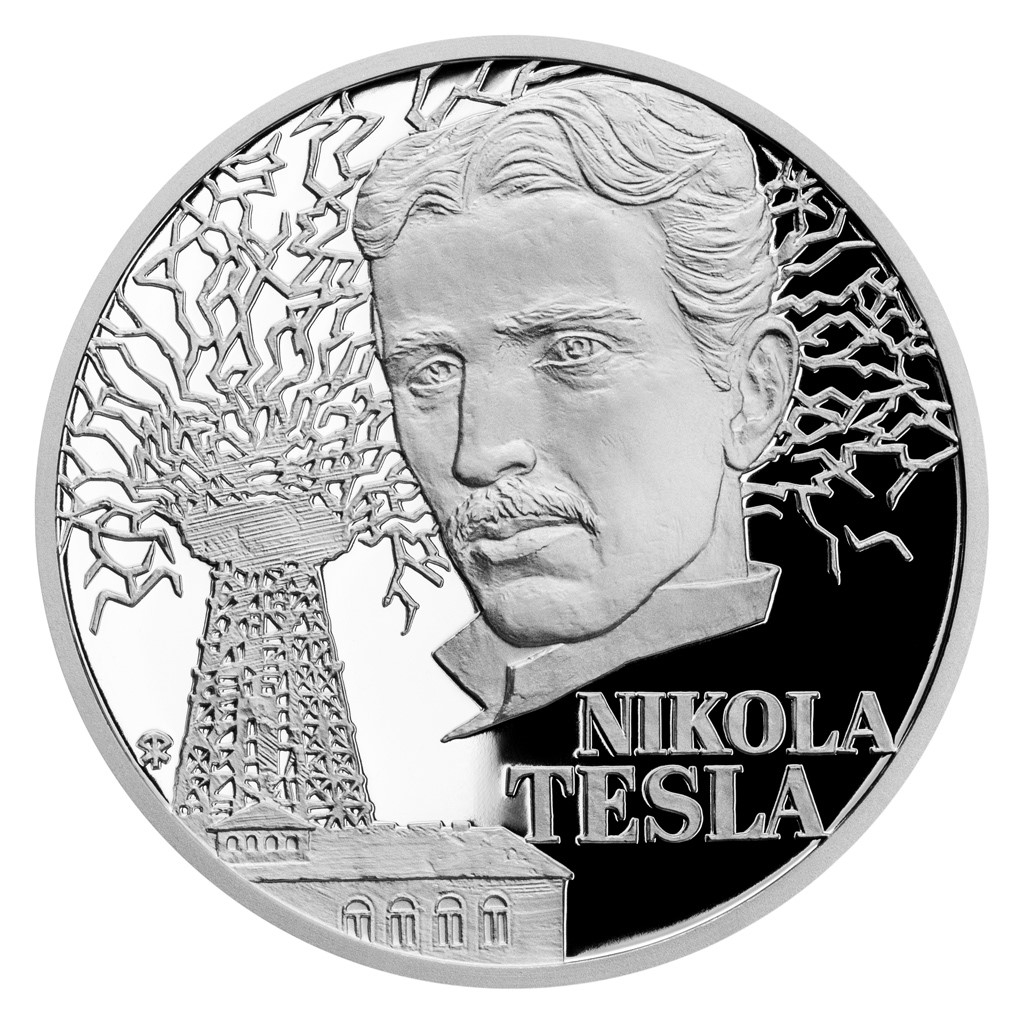 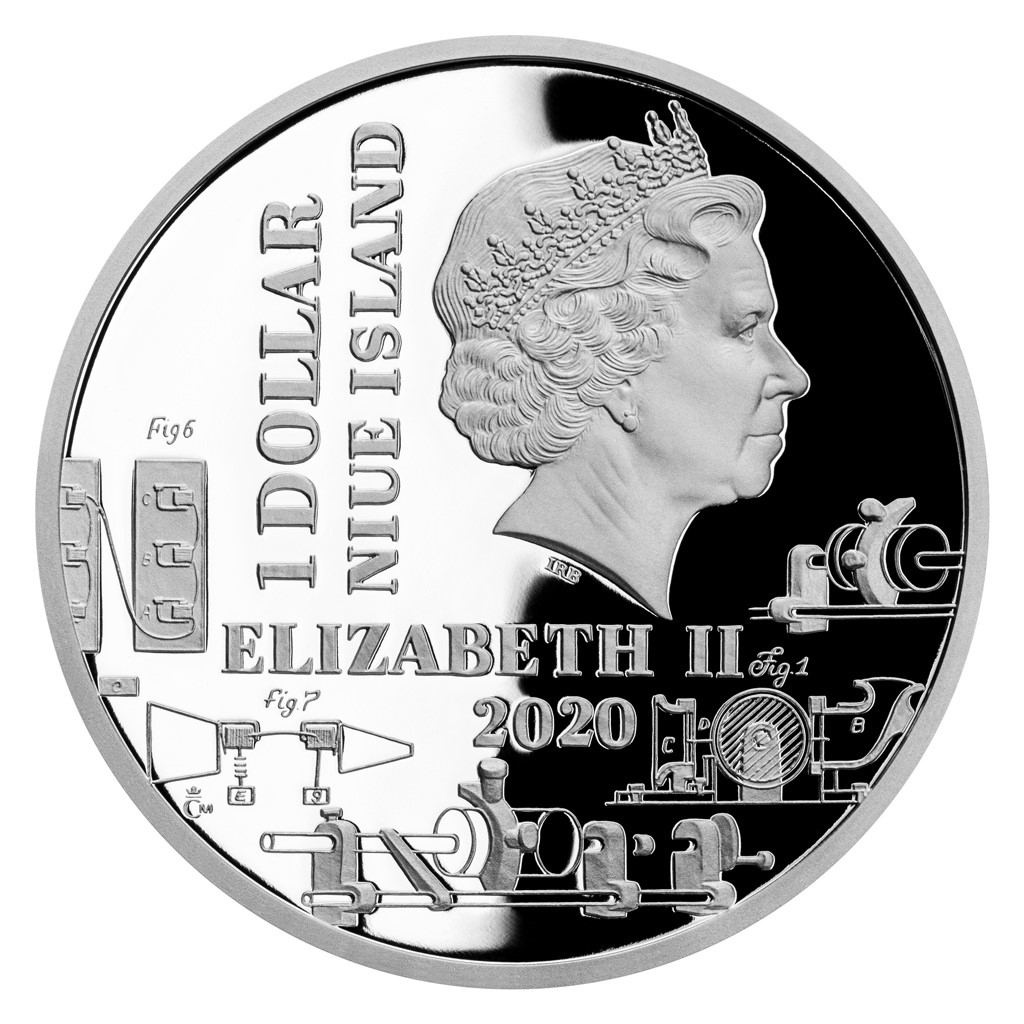 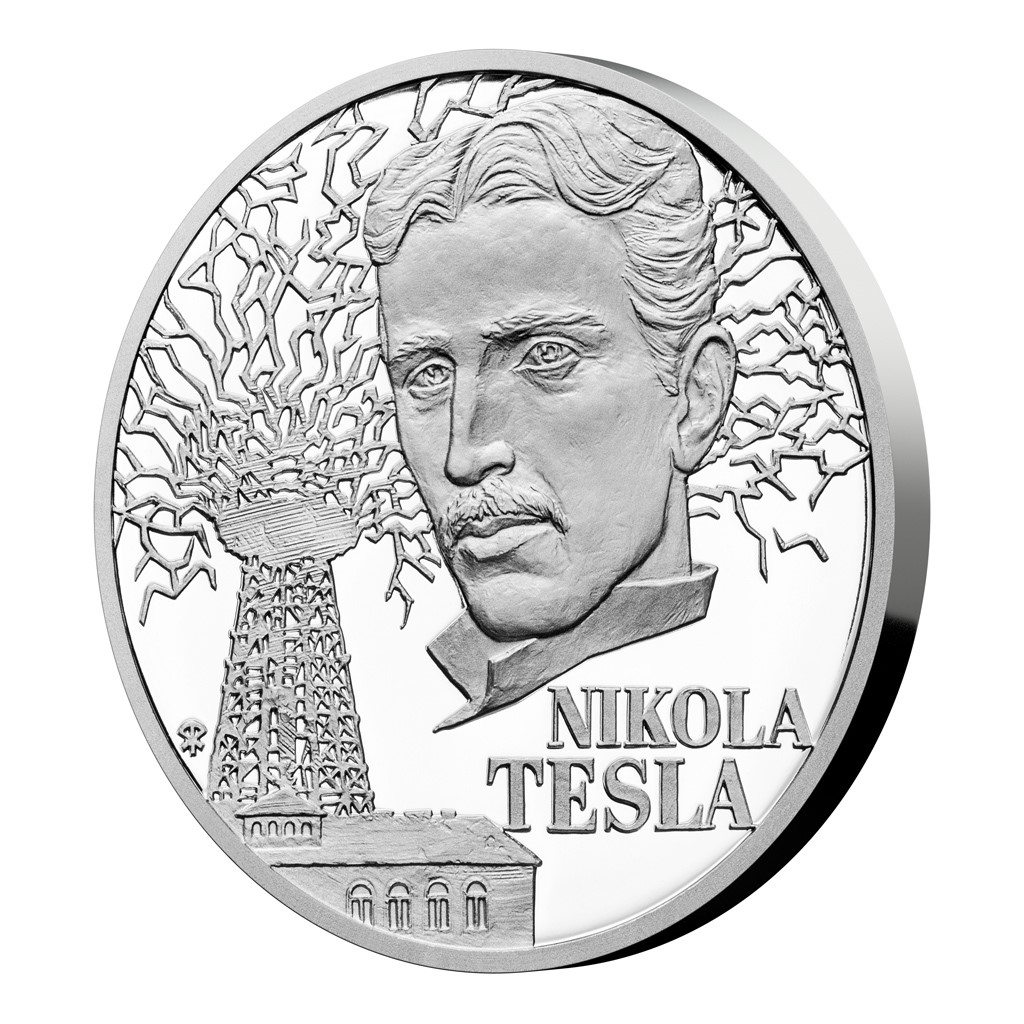 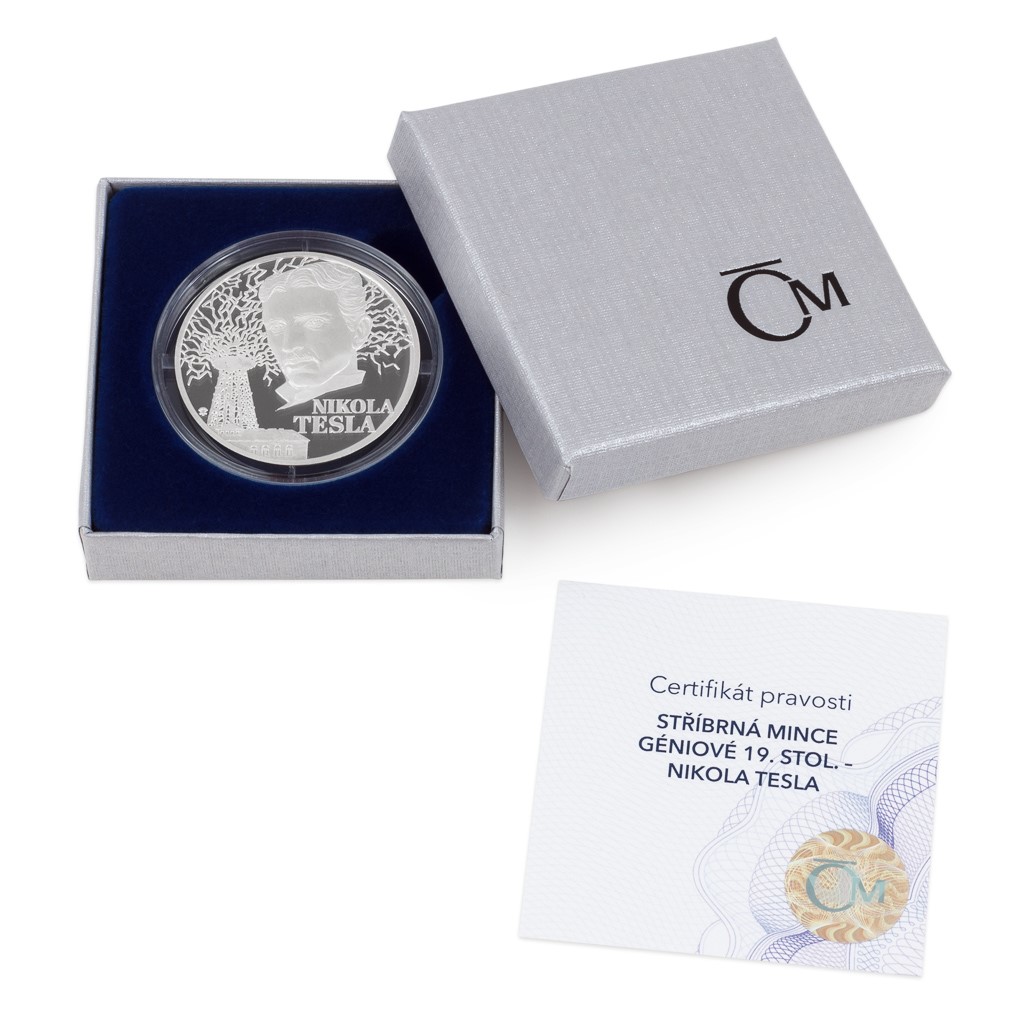 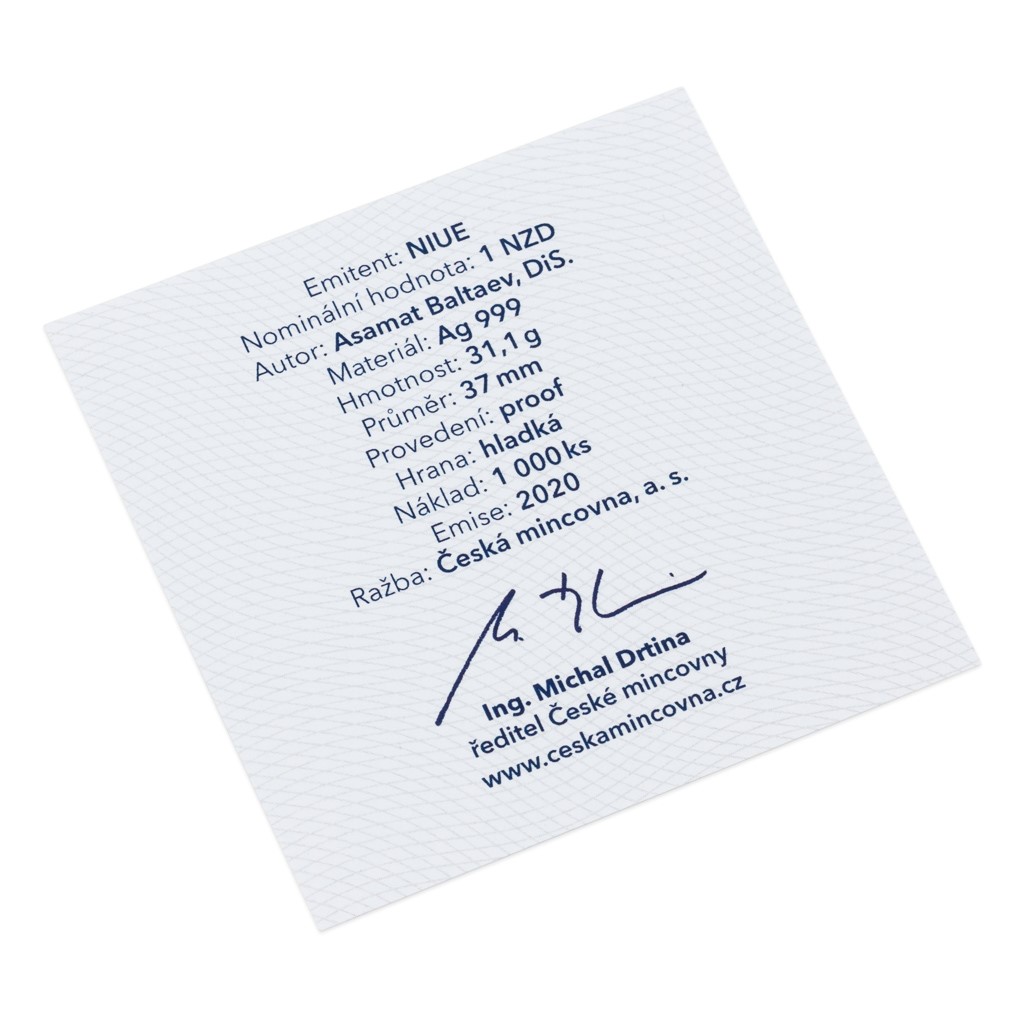