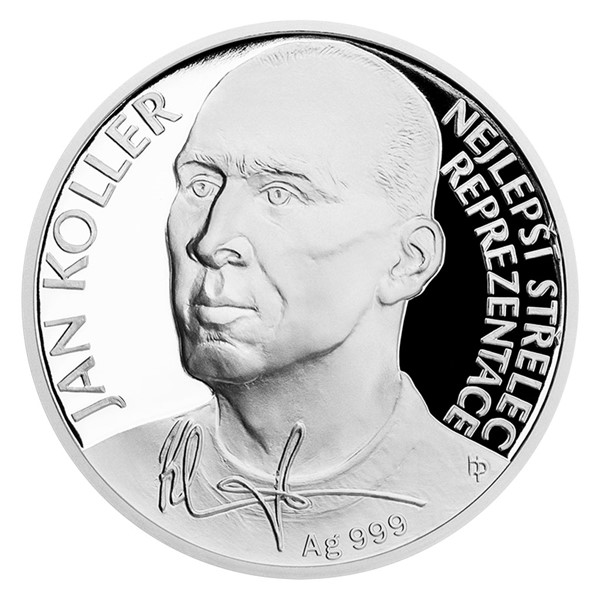 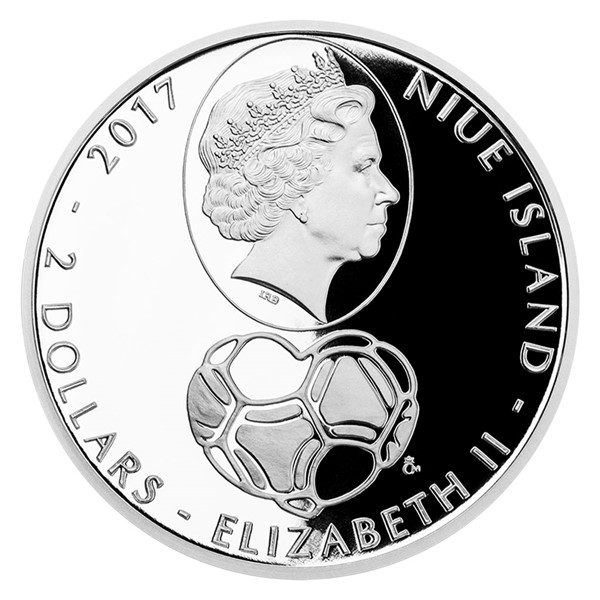 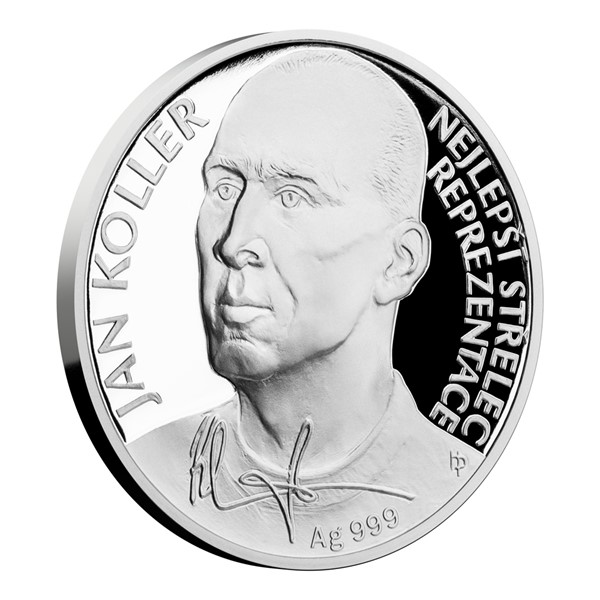 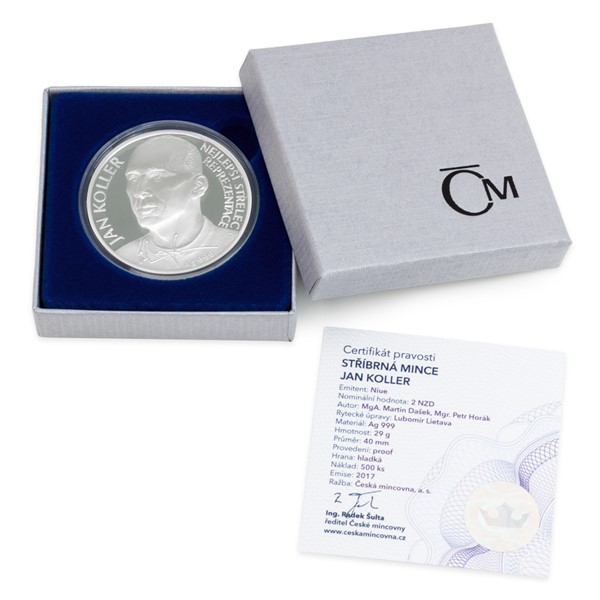 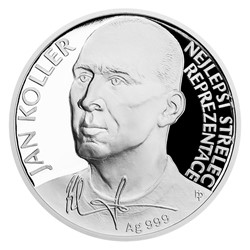 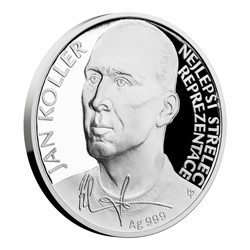 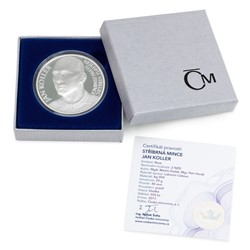 The set of silver coins of Czechoslovak football legend says goodbye to all the fans of excellent football. The last kick-off could not have been performed by anyone other than the most successful Czech striker Jan Koller.

Jan Koller achieved his fame mainly for his serious threat to the defense. No wonder – his height 202 centimetres makes a strong impression. Due to his innate physical disposition he started as the goalkeeper at youth clubs. However, he revealed himself to be a great forward. He has been working hard during his career – not only at home clubs, but also in a number of foreign clubs. Moreover, he began to specialize in headers. Deservedly he became the best scorer of Czech and Czechoslovak national team in history. He managed to score 180 first-league-goals, which brought him the tied fourth place in the prestigious club called  the League of Cannons.

The author of the final football mintage is Mgr. Petr Horák, a medal maker with wide experience in sports themes. He has dedicated the reverse side of the coin to a faithful portrait of the giant player, to which he added his signature and copy of statement: Jan Koller – Top scorer of Football Representation. The obverse side of the coin bears the name of Queen Elizabeth II., the year of the issue 2017 and the nominal value of 2 DOLLARS (NZD), i.e. the necessary attributes of the island Niue, which allows the Czech Mint to produce its own commemorative coins. Another feature of the obverse side is a ball in the shape of heart, which also forms the logo of International Football Foundation. Thanks to it the thematic set of coins could have been created and what is more, a part of the sale proceeds will support the charity.

Let´s crown your collection and do not miss the luxury collectible box in the form of a football field, where you can place all football coins in offensive position 3-4-3! You will find it in the menu of the Czech Mint. 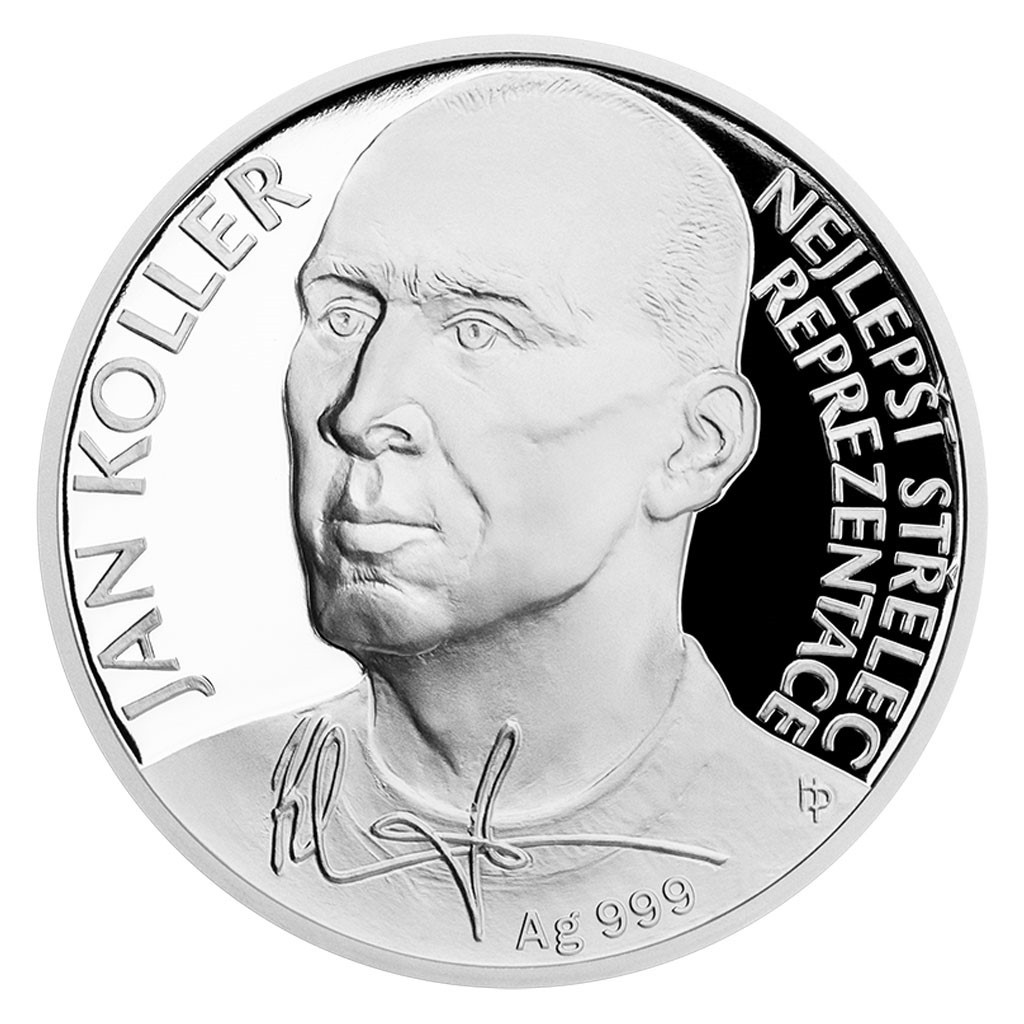 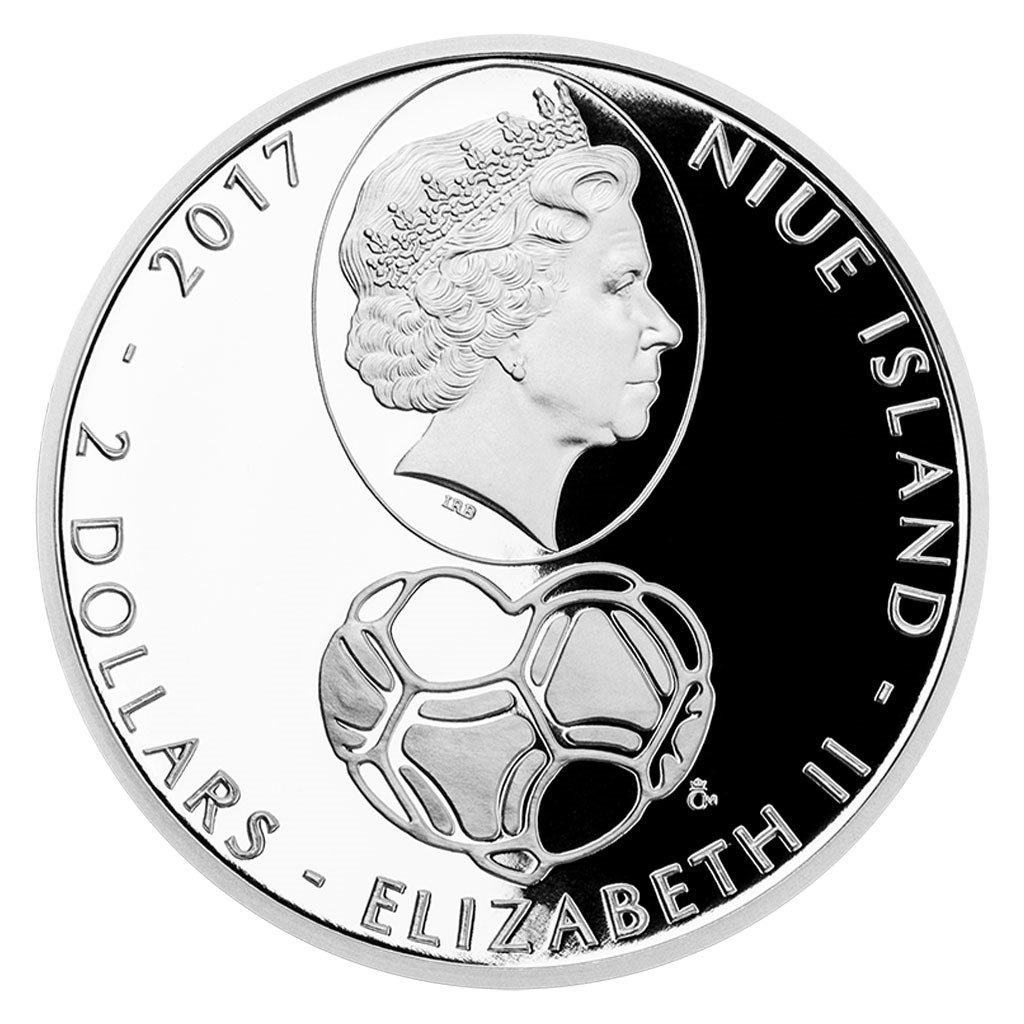 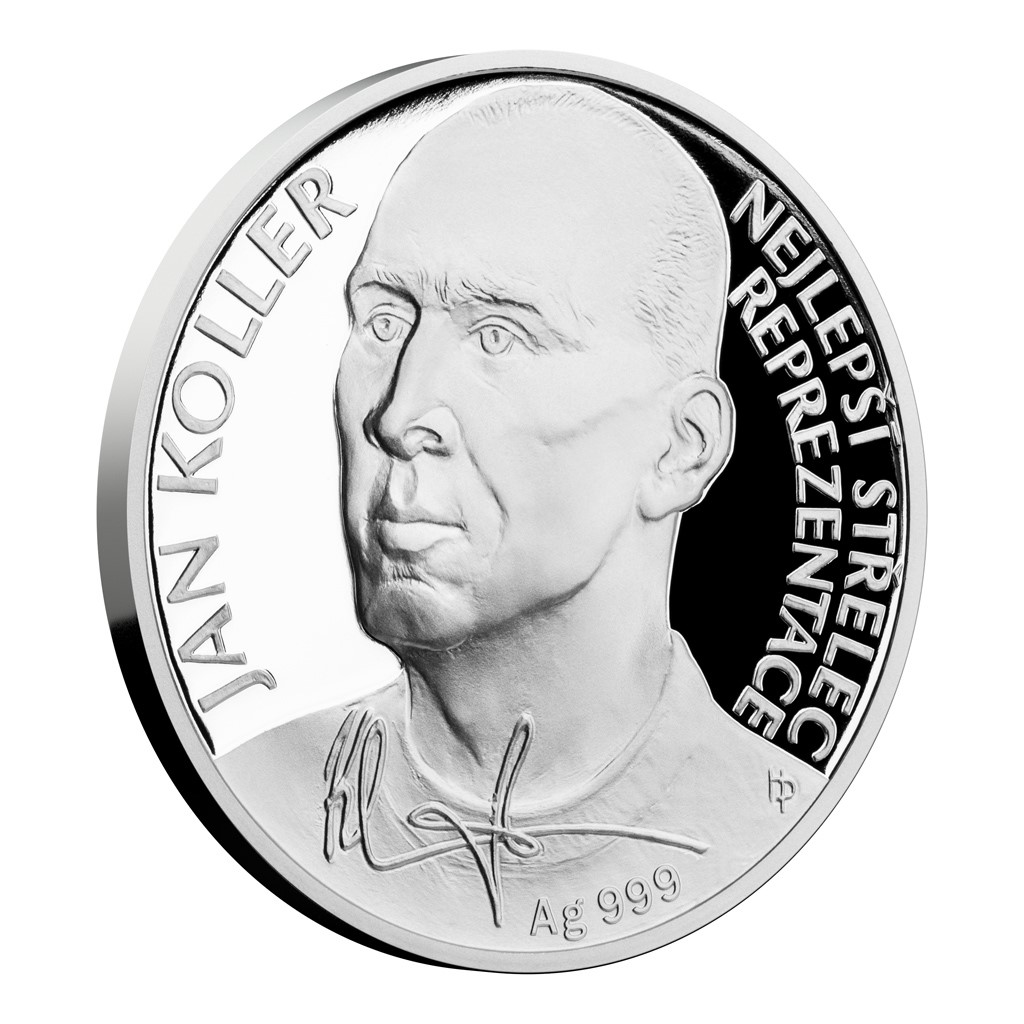 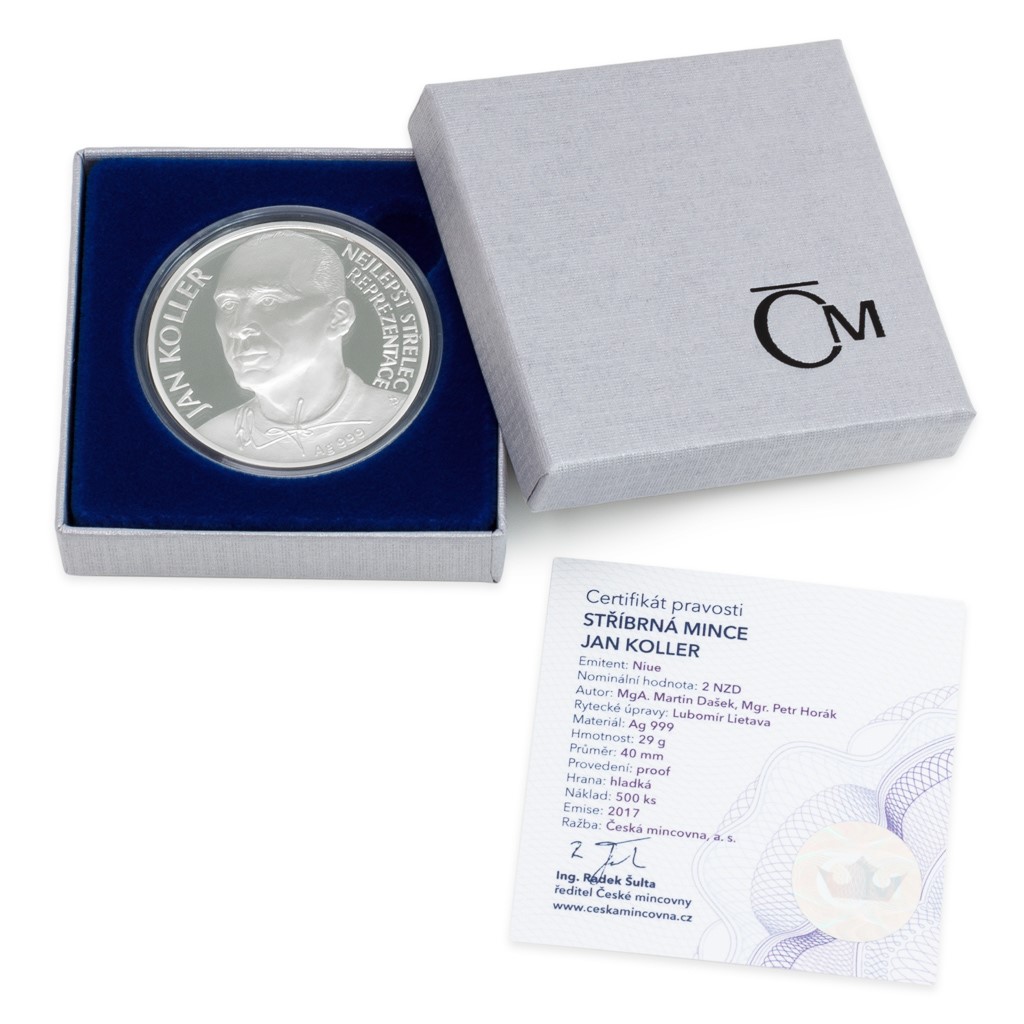