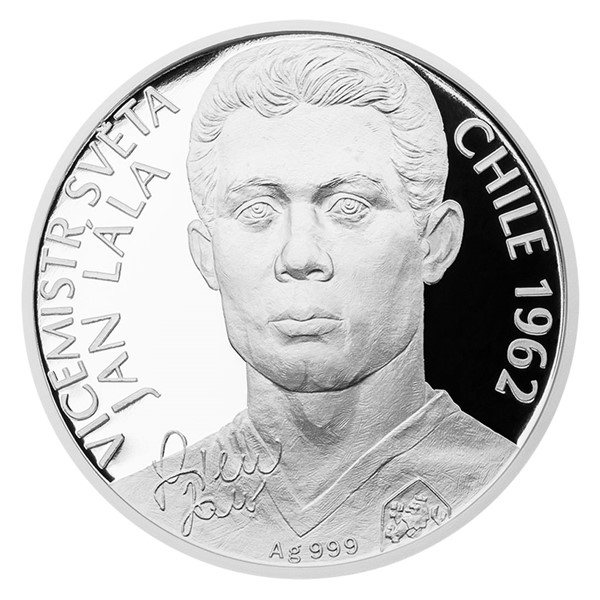 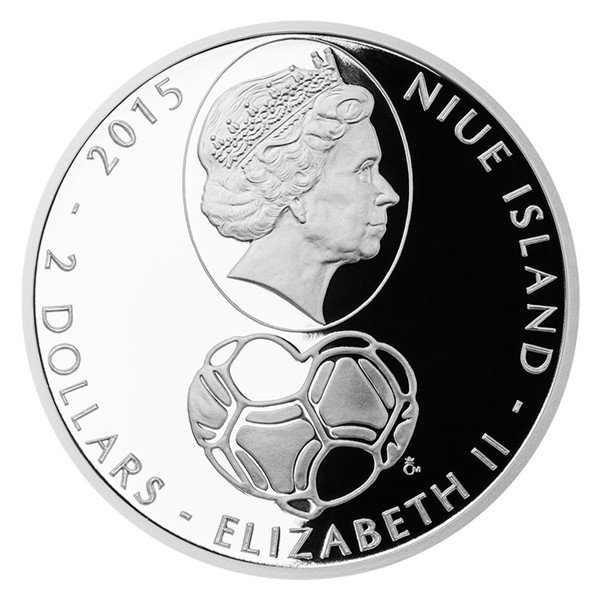 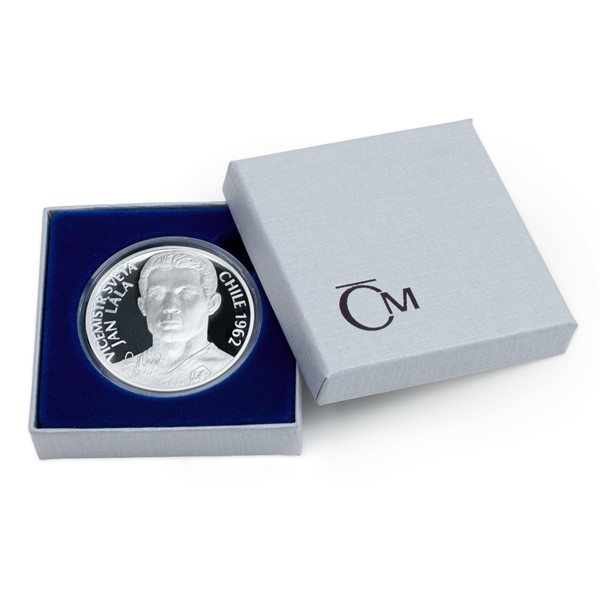 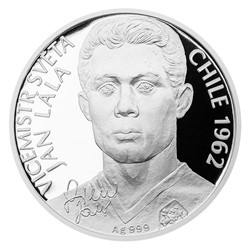 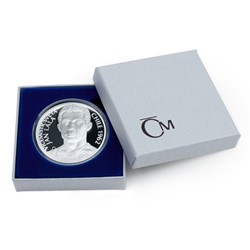 Czechs love football and can play it. The young and older people are obsessed by this sport, every village has its cherished team and its players are dreaming of the National League. Not everyone can fulfill this dream, and only some of them will stand out, and millions of fans of black and white ball will keep their fingers crossed for them in stadiums or on TV. One of those who managed to stand out is Jan Lala. Therefore the new silver Smart coin Smart 2 NZD, from the original series Czechoslovak football legend, is dedicated to him.

The redoubtable defender Jan Lala was born on 10 September 1938. He began his career in FC Meteor Žižkov and also appeared briefly as a forward in FC Bohemia Karlín. The love of his life was, however the shirt of Dynamo / Slavia Praha, that he put on in 1959 for ten years during impressive 402 matches. Technical, fast, brave Jan Lala was therefore the best choice to represent Czechoslovakia at the 7th World Cup in Chile, where, in 1962 unknown player, gracefully won respected Spanish forward Gentano. The Czechoslovak team brought silver medals and Lála`s name became really famous. He left Slavia at the age thirty-one when he was contracted by Lausanne Sports. With this team, he twice lost victory and sadly lost the title.

Great player, after several major awards - for example 3rd place in the first annual survey Footballer of the Year, or as a second best footballer of Czechoslovakia in 1967 - lived to see another beautiful tribute. The Czech Mint which prepared  attractive silver Smart coins 2 NZD. There is a faithful portrait of Jan Lala on the reverse side, together  with his name, signature and inscription CHILE 1962 Vice World Champion. The design is prepared by talented medallist Asmat Baltaev, DiS. Coins of pure silver are reward for all football fans and collectors of sports topics.

The obverse side of the coin is formed by issuer`s attributes and the motif of a ball in the shape of a heart a symbol of Nadace fotbalových internacionálů (International Football Foundation), which will support our former football champions with the part of the earnings from the sale of these coins ! 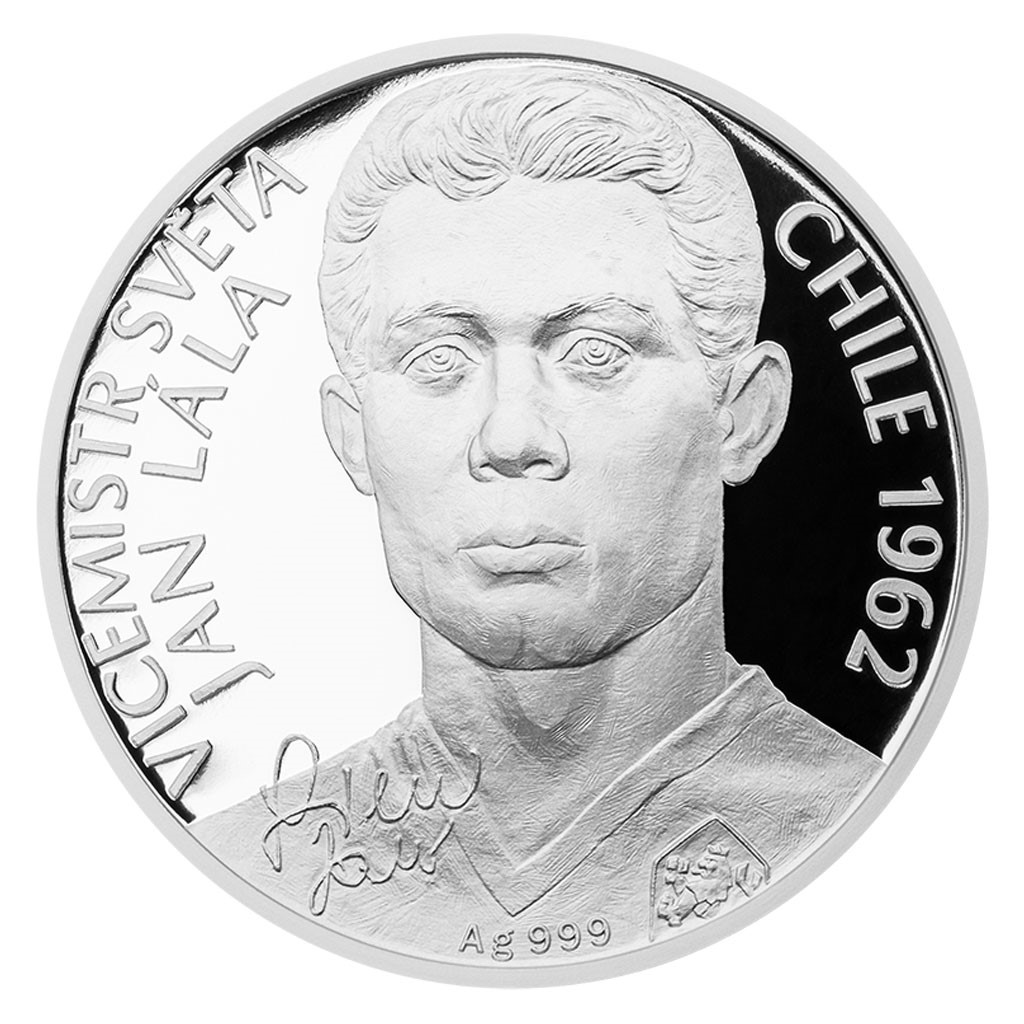 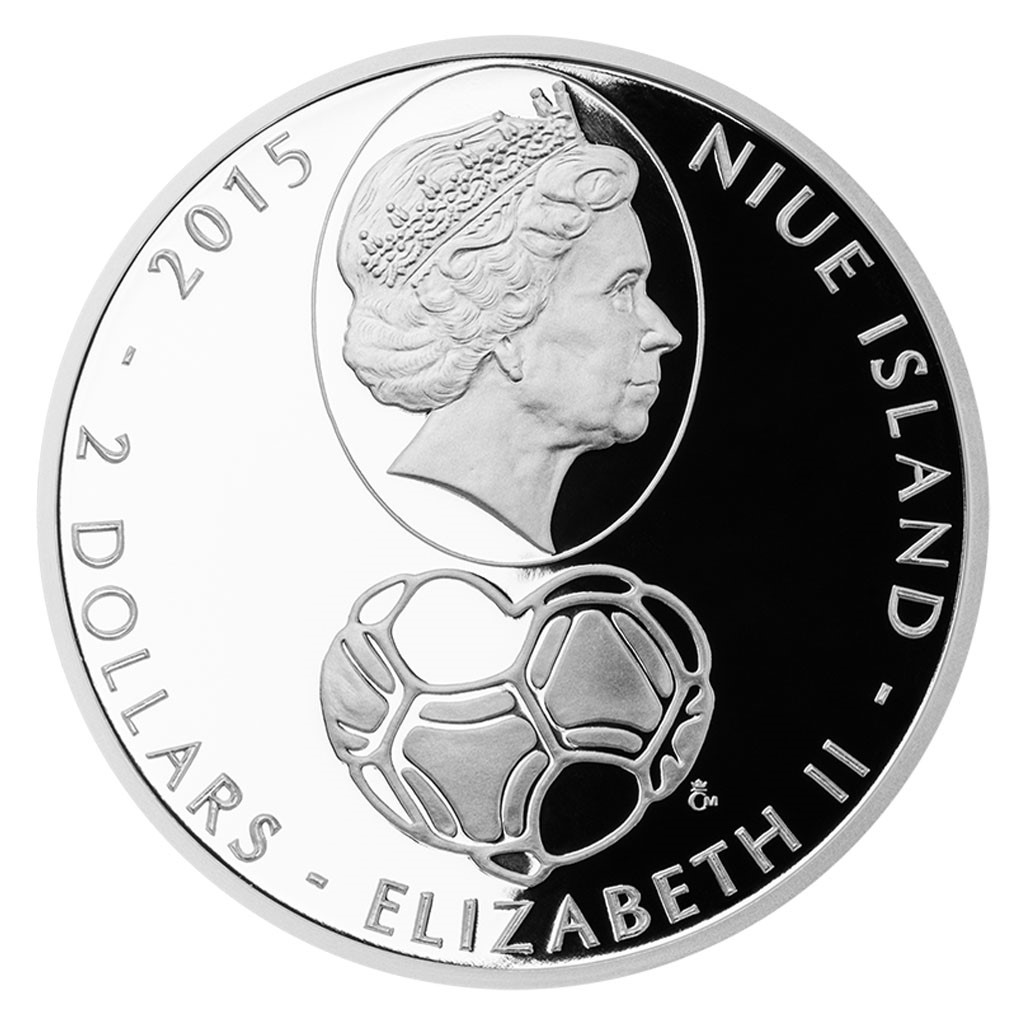 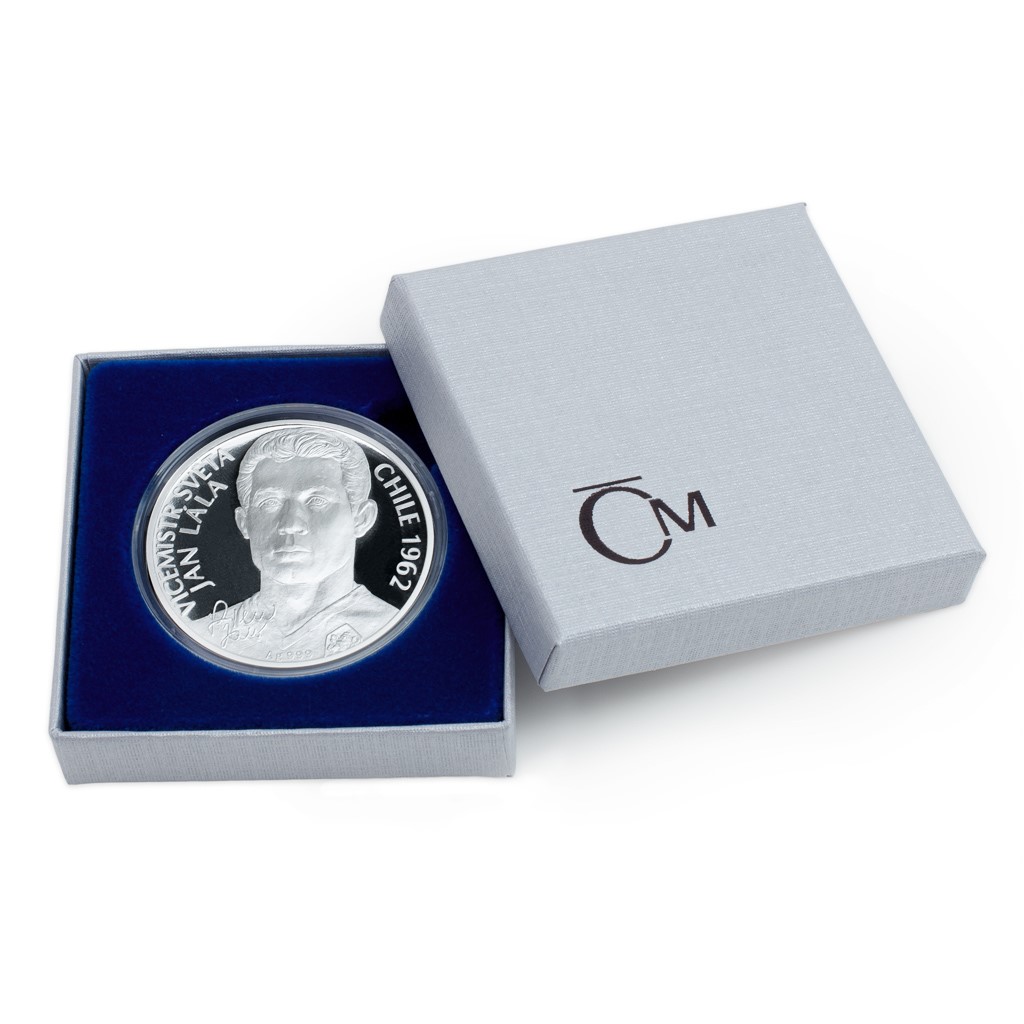