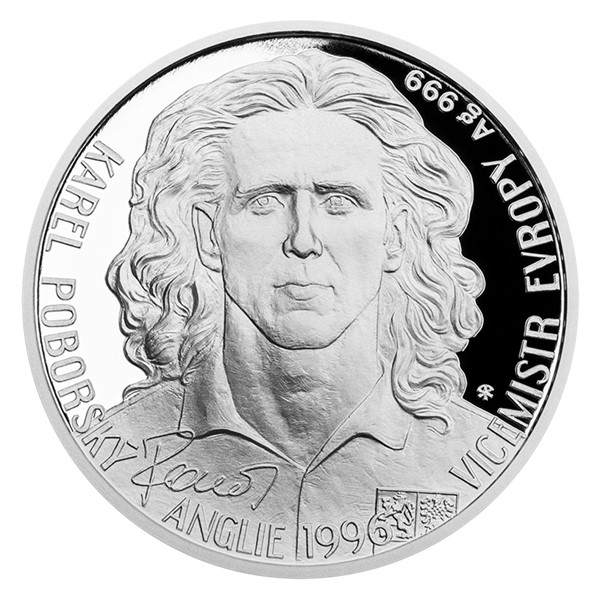 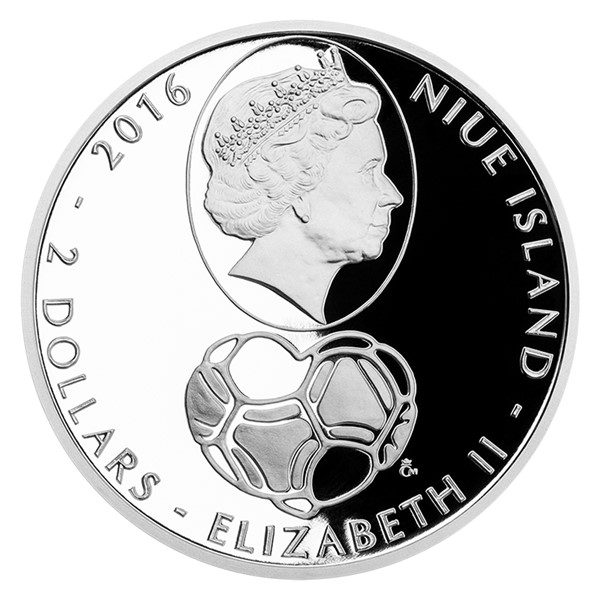 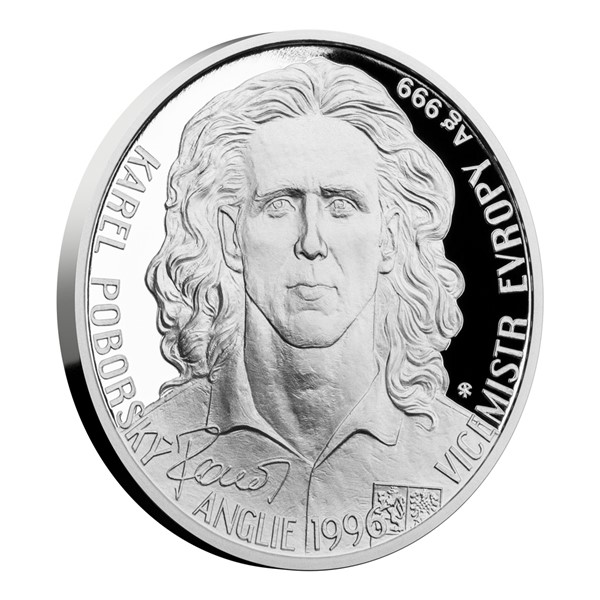 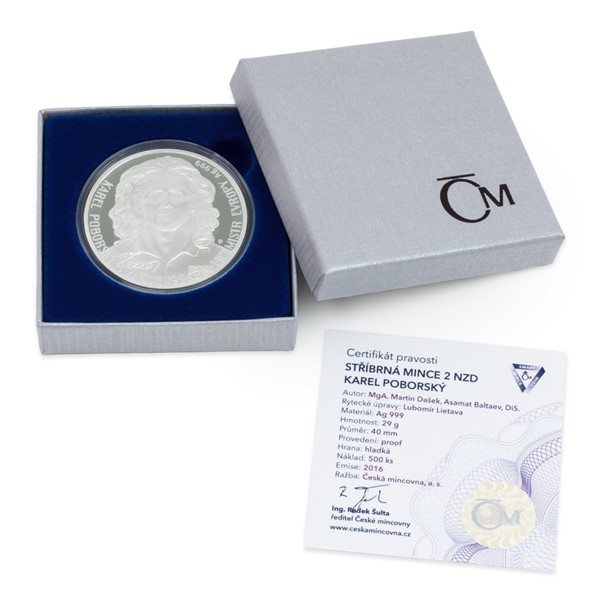 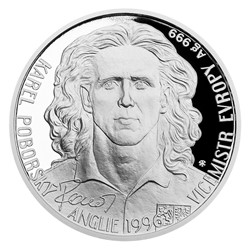 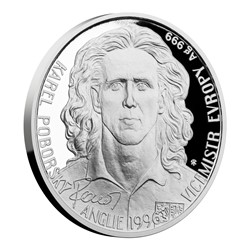 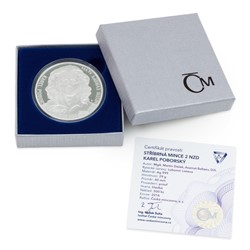 Karel Poborský, football midfielder and the vice-champion of Europe took the silver medal as a reward for his player's concert from Queen Elizabeth 20 years ago. Now he receives his own silver Smart coin, which comes as a part of the collectibles series The Czechoslovak Football Legends of the Czech Mint.

Karel Poborský joined the football history in 1996, when he was a member of the Czech national team at the European Championships in England. He got the opportunity to show the world what he can do in the quarterfinals, where Portugal was our opponent. 53 minutes into the game and he fooled the trio of opponents for the ball and headed for the goal. He kicked the ball with his right foot - it went high, but did not fly over the post. He scored directly into the goal. This goal made a superstar out of Poborský. "I prefer, if everyone sees me as a good footballer, not as a showman because one moment," protests the phenomenal midfielder, when asked about the scoring action, that fans described as the most handsome in the entire history of European championships. The fact, that in 1996 it was not just a lucky coincidence, demonstrates a number of successes of Poborský - the engagements in prestigious global clubs and the fact, that he played most matches for the national team from all Czech players in history.

The author of the reverse side of the commemorative coin is Asamat Baltaev, DiS., from whose studio has emerged the mintages of other football poets - Antonín Panenka and Jan Lála. A portrait of Karel Poborský, with his unmistakable wild mane is accompanied by his signature and texts KAREL POBORSKÝ, VICEMISTR EVROPY, ANGLIE, 1996. The obverse side of the coin, which is common to the entire series, is a work of MgA. Martin Dašek and is dedicated to the attributes of the island of Niue, the licensor for issuing the Smart coins. Besides the name and the portrait of Queen Elisabeth II., the nominal value 2 DOLLARS (NZD) and the year of issue 2016, it carries a football in the shape of a heart, which is the logo of The Foundation of Football Internacionals. Without its help, this series could not arise and the proceeds from the sale of coins support its charitable projects in return.

Do not miss the stylish collectible box in the form of a football field, which you can find in the menu of the Czech Mint. 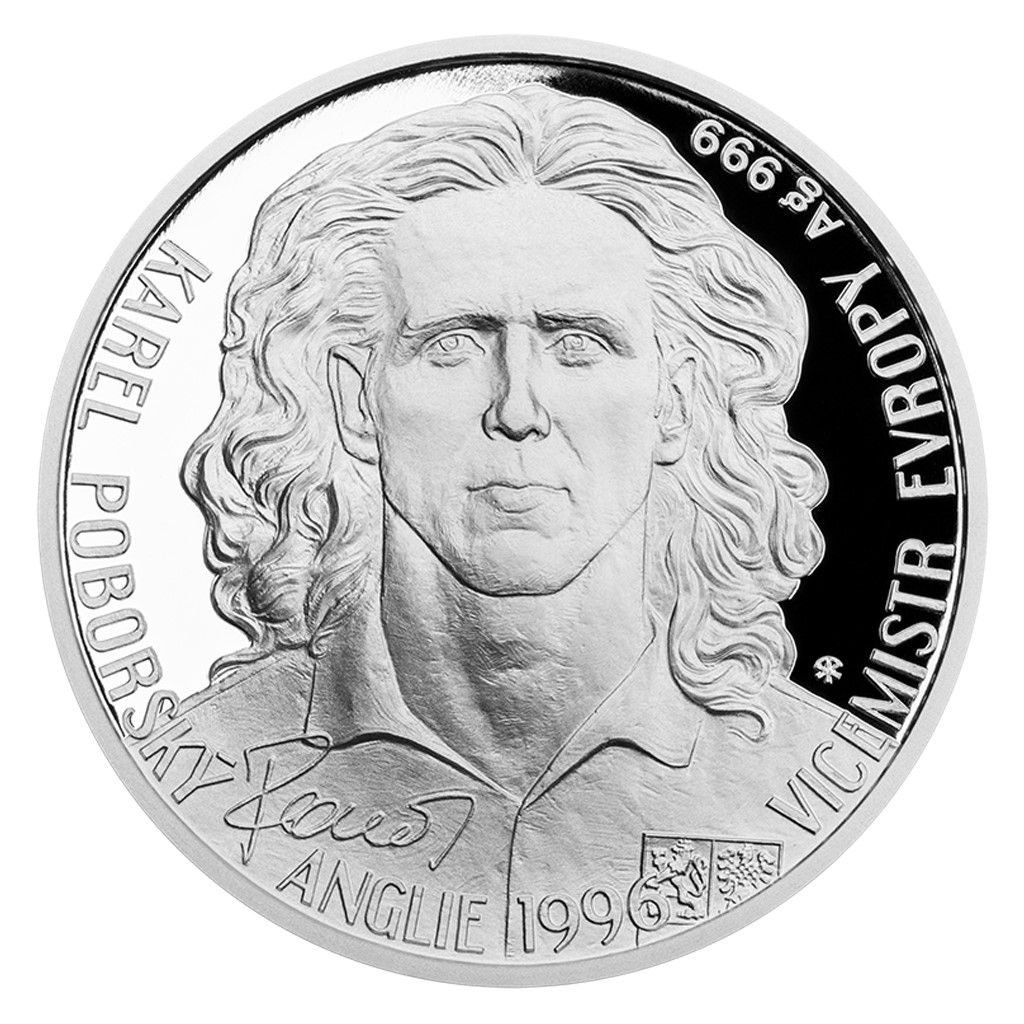 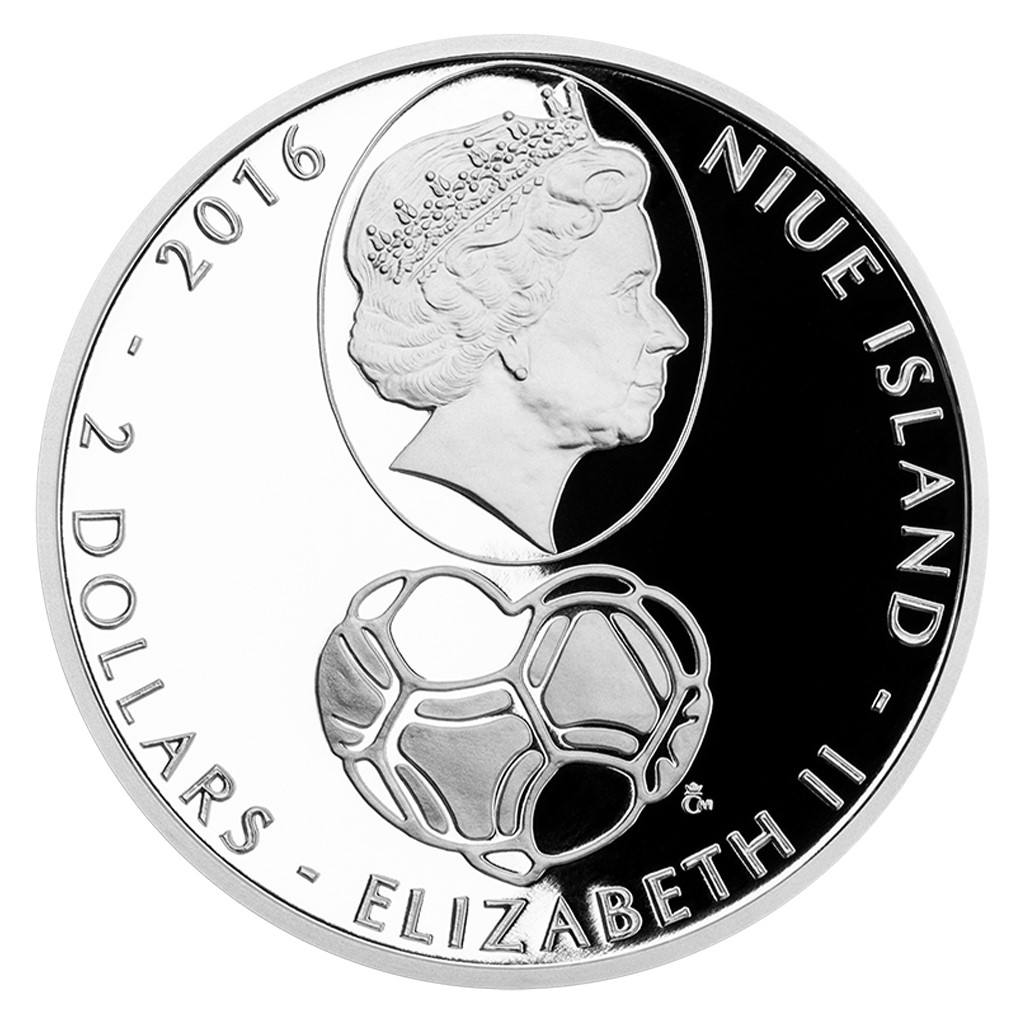 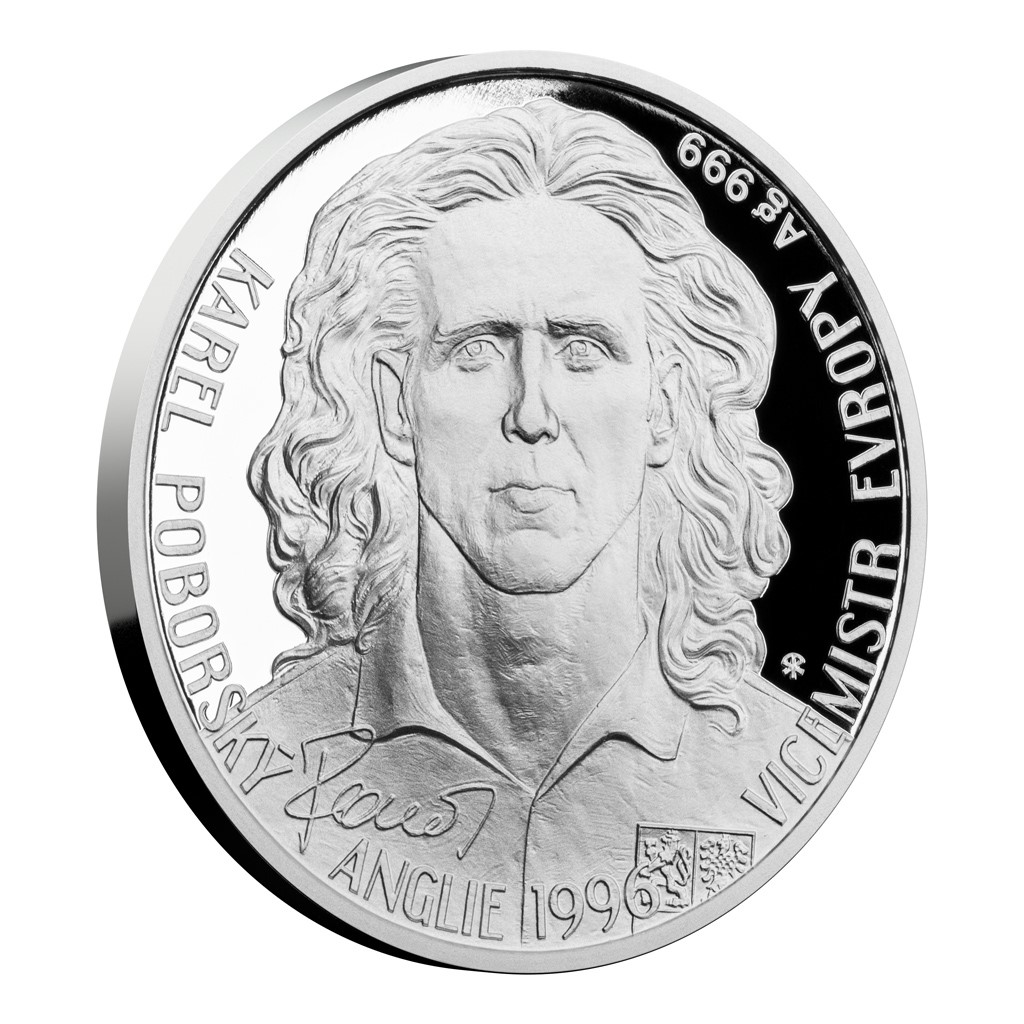 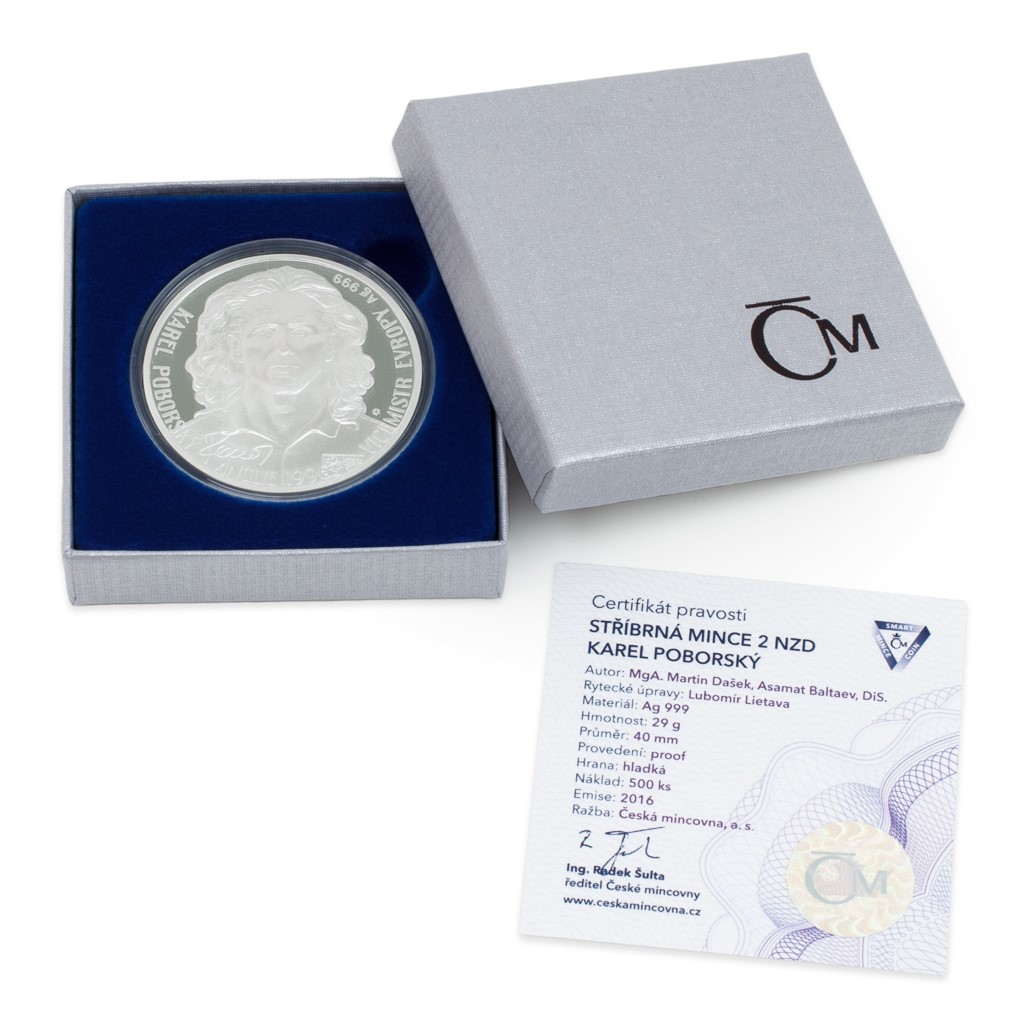