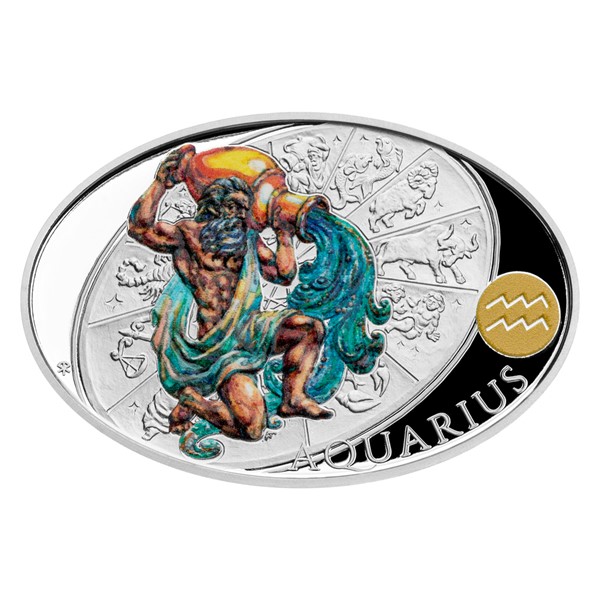 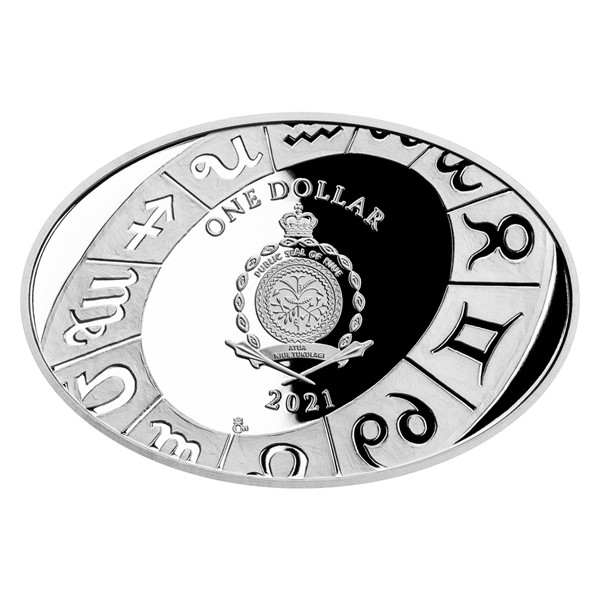 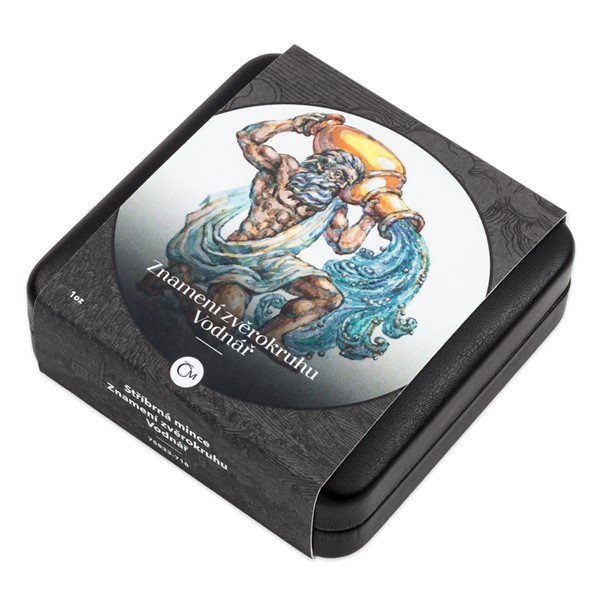 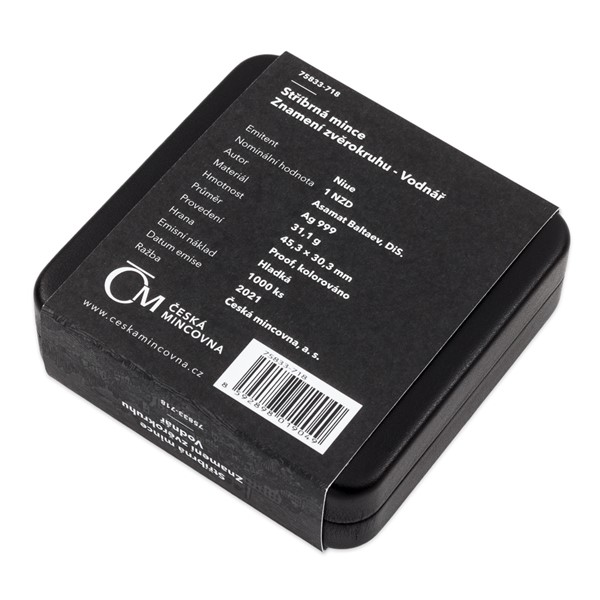 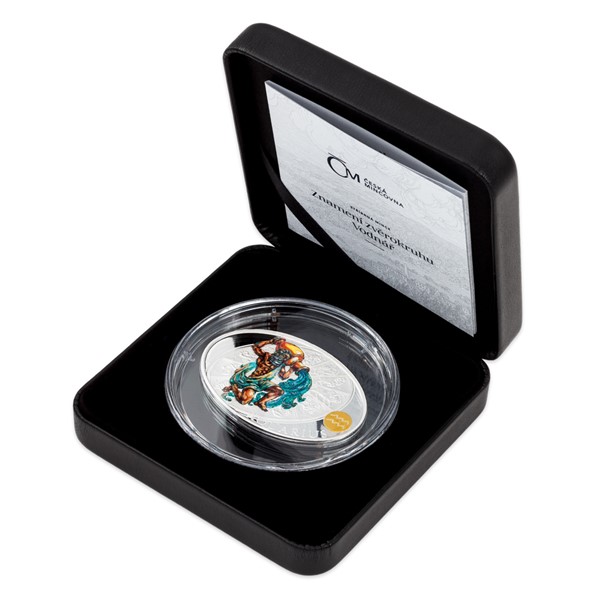 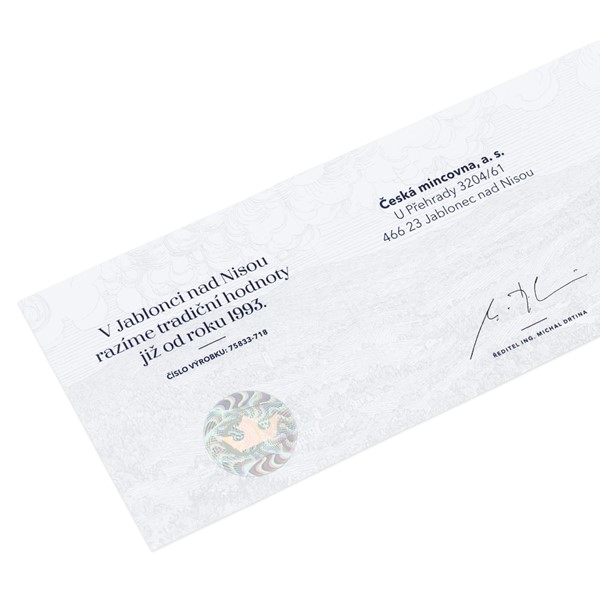 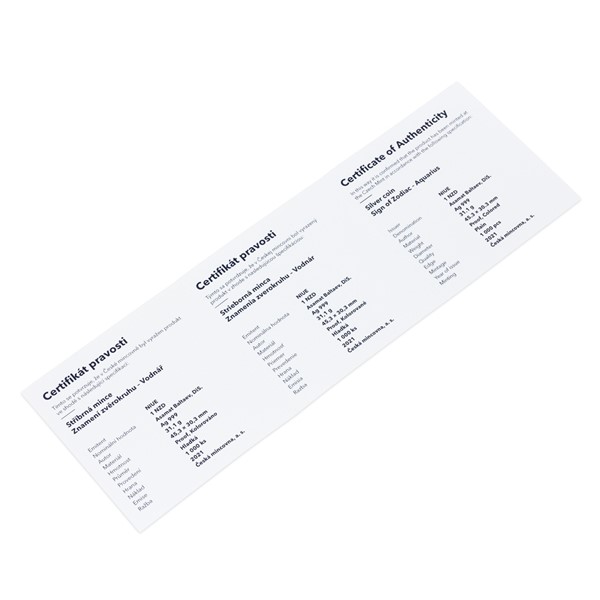 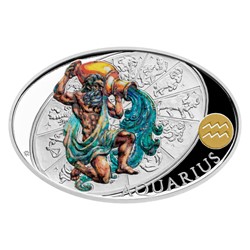 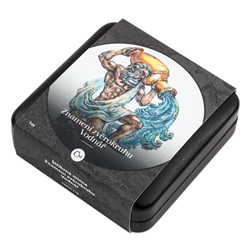 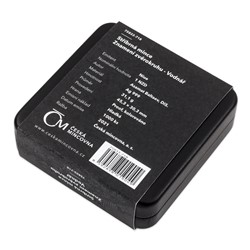 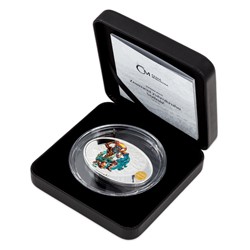 The silver coin of the Czech Mint from the gift series with motifs of 12 signs of the zodiac will become not only a beautiful, but also a valuable talisman for everyone who was born in the sign of Aquarius.

Aquarius, Latin for Aquarius, is one of the oldest observed constellations in the zodiac. It is associated with a number of legends, but in all of them it has the form of a man with a bucket, a jug or other vessel. In Egyptian mythology, Aquarius caused the flooding of the Nile, in Greek myths it was Zeus who punished sinful humanity with a stream of water. The celestial ruler of the born in the sign of Aquarius is the planet Uranus, which in astrology is a symbol of change, coups, unrest, but also originality. Aquarius is often given a desire for freedom and the demolition of old order. Therefore, they often become thinkers, discoverers, artists and visionaries who are ahead of their time. Sometimes, however, they also show inadaptability and a tendency to be different at all costs. Surprisingly, the element of aquarius is not water, but air which signifies extraterrestrial thinking.

he coin of a non-traditional oval shape bears a colored image of Aquarius in the form of an ancient man with an amphora on the reverse side. Photographs or computer graphics were not used as a template for coloring - the author of the coin, Asamat Baltaev, DiS., created an original watercolor painting. The relief in the background behind Aquarius presents a disk with a dozen zodiac signs. The composition of the reverse side is supplemented with a Latin inscription of AQUARIUS and an astrological symbol. Since the coins of the Czech Mint are licensed by a foreign issuer, the island of Niue, their obverse sides bear its national emblem, the nominal value of ONE DOLLAR (NZD) and the year of issue 2021. All this is surrounded by twelve astrological signs.

The coin is stored in an elegant box. 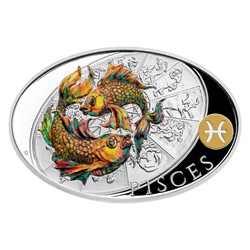 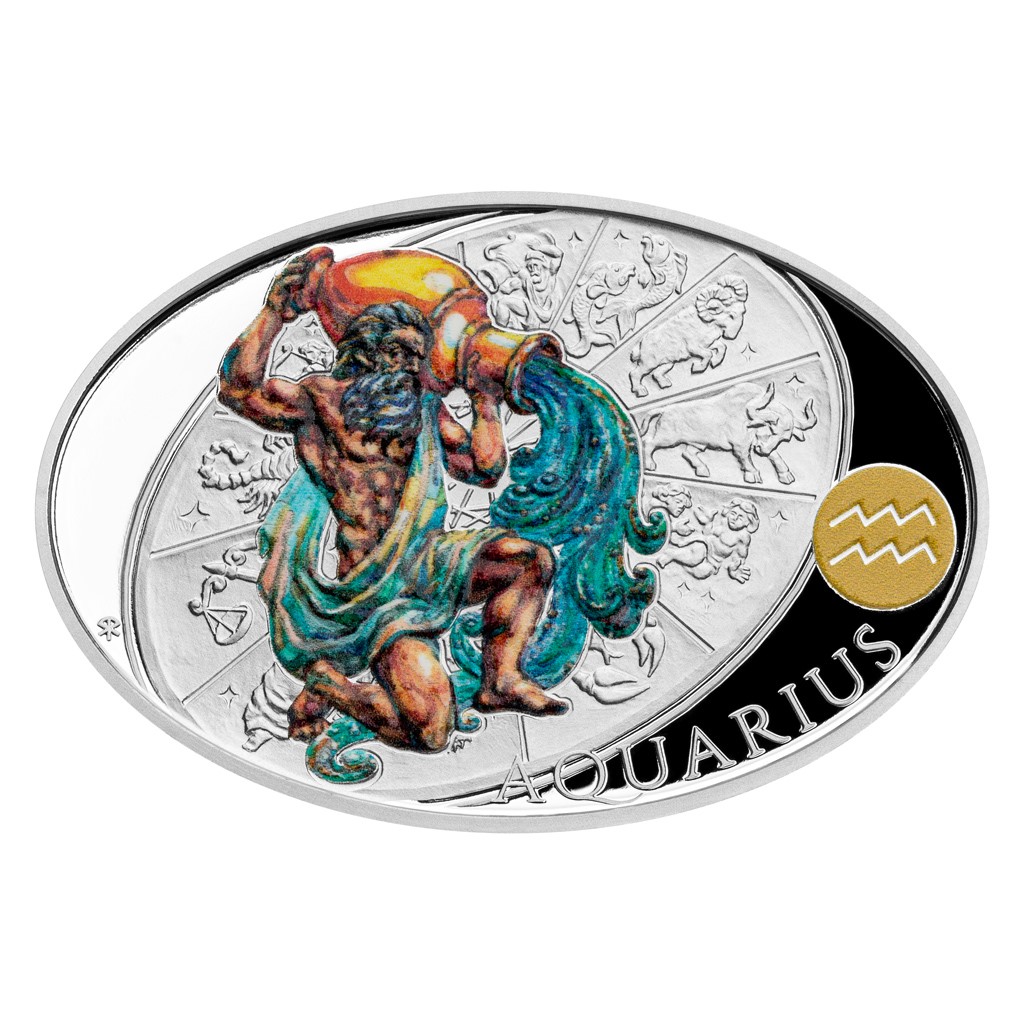 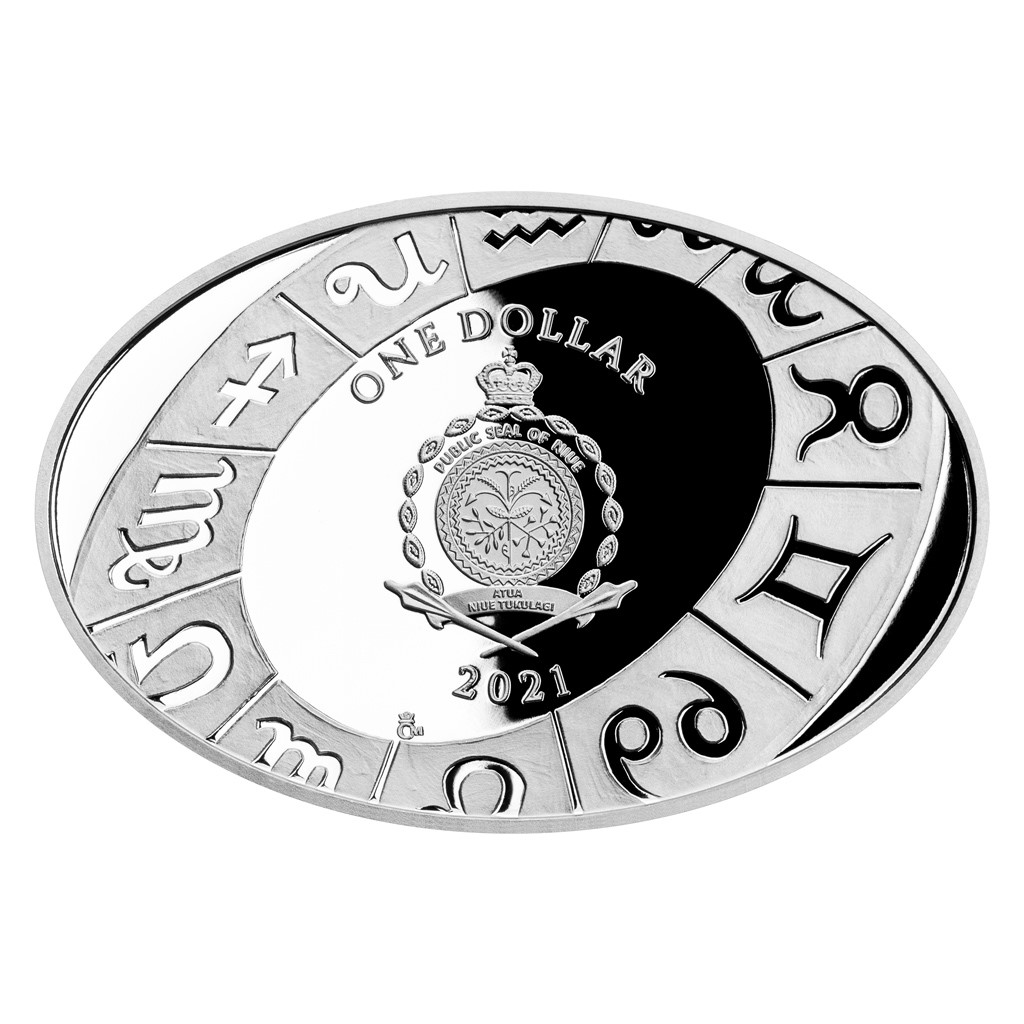 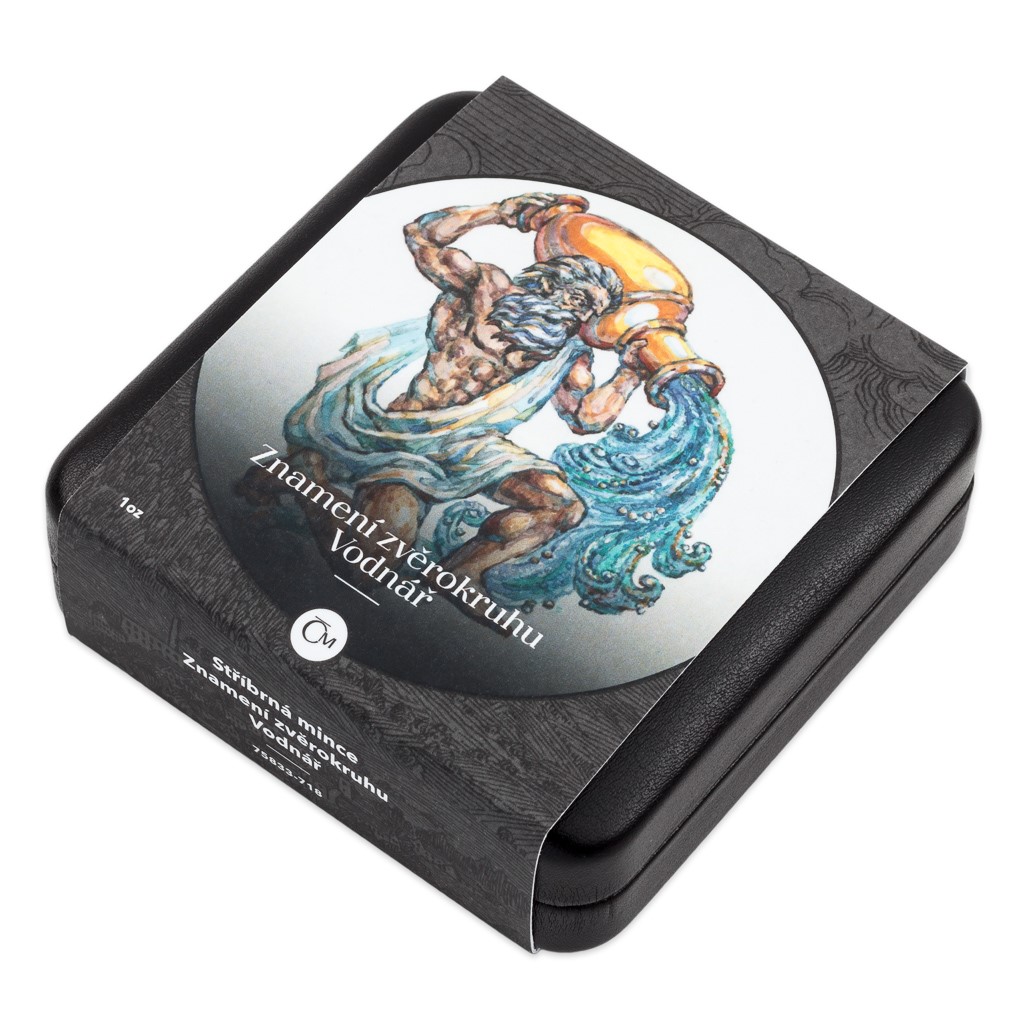 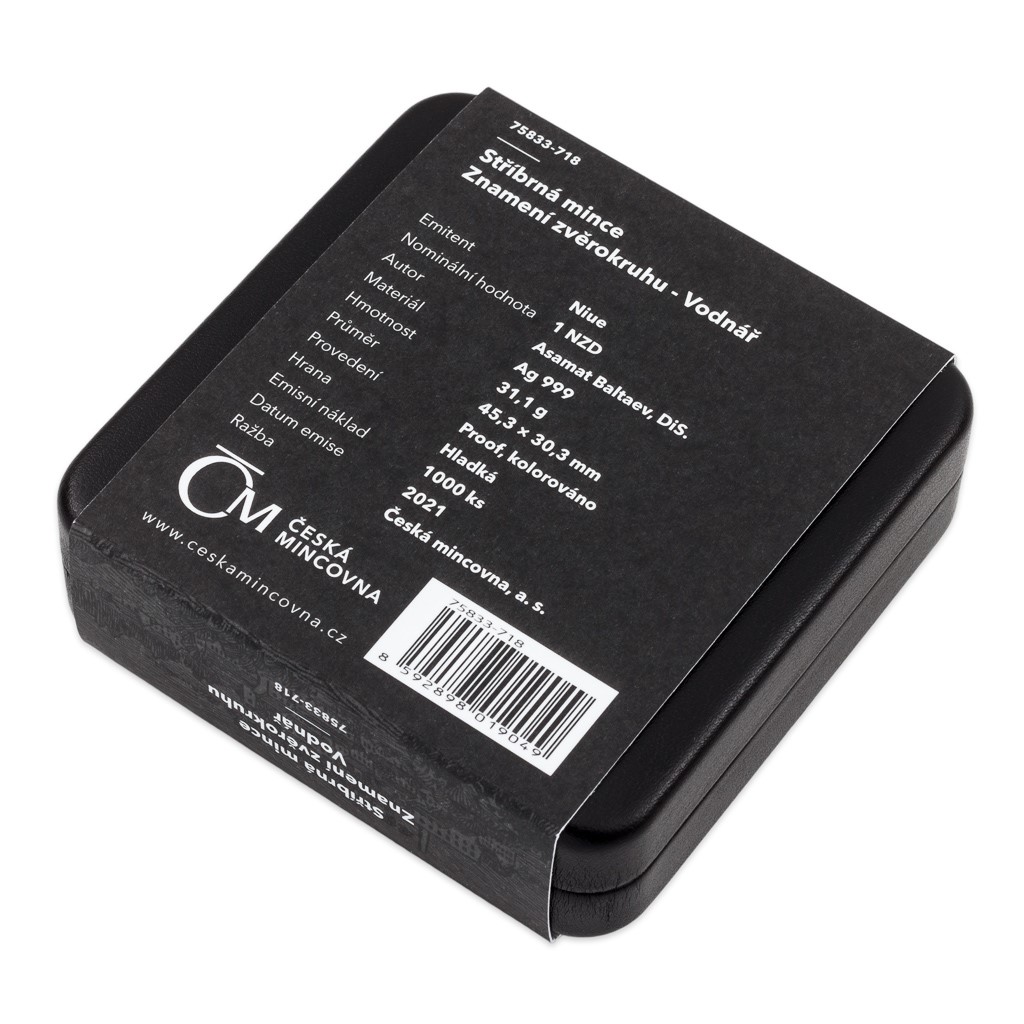 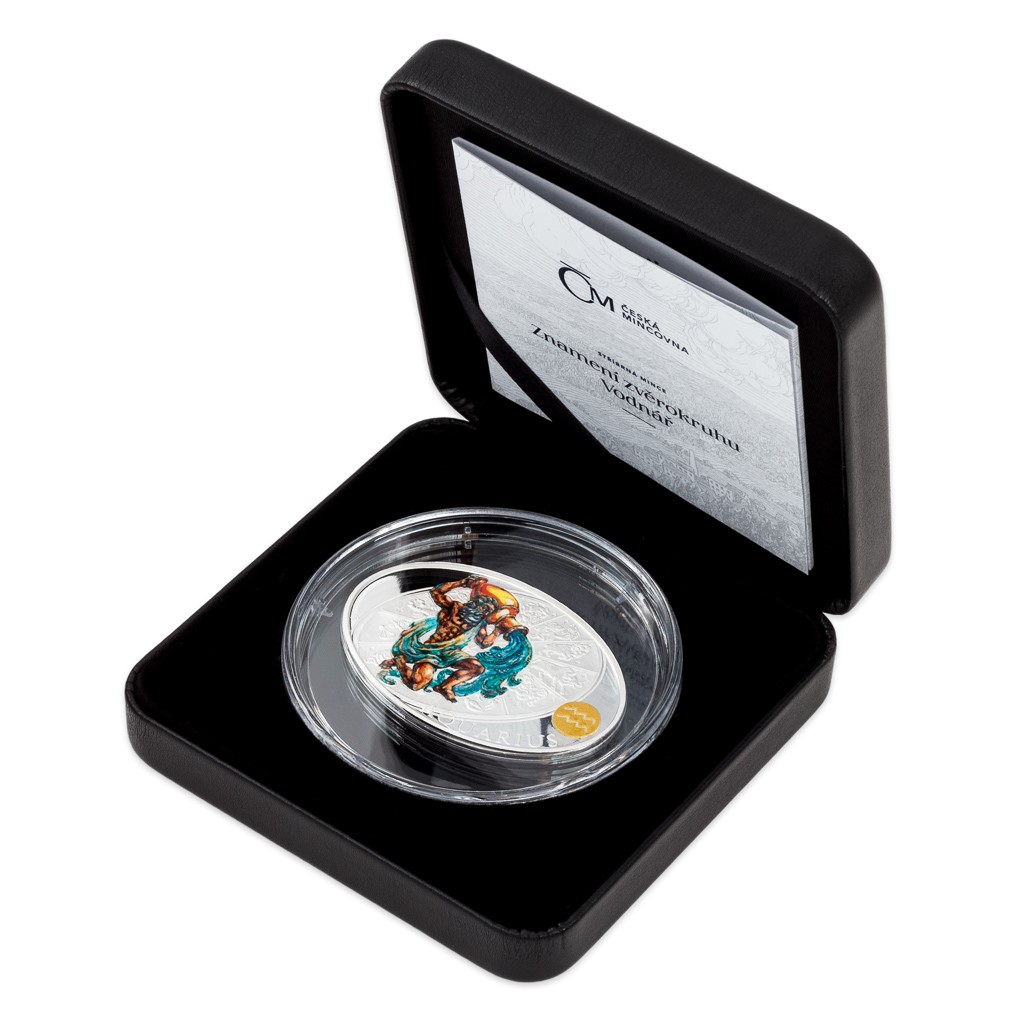 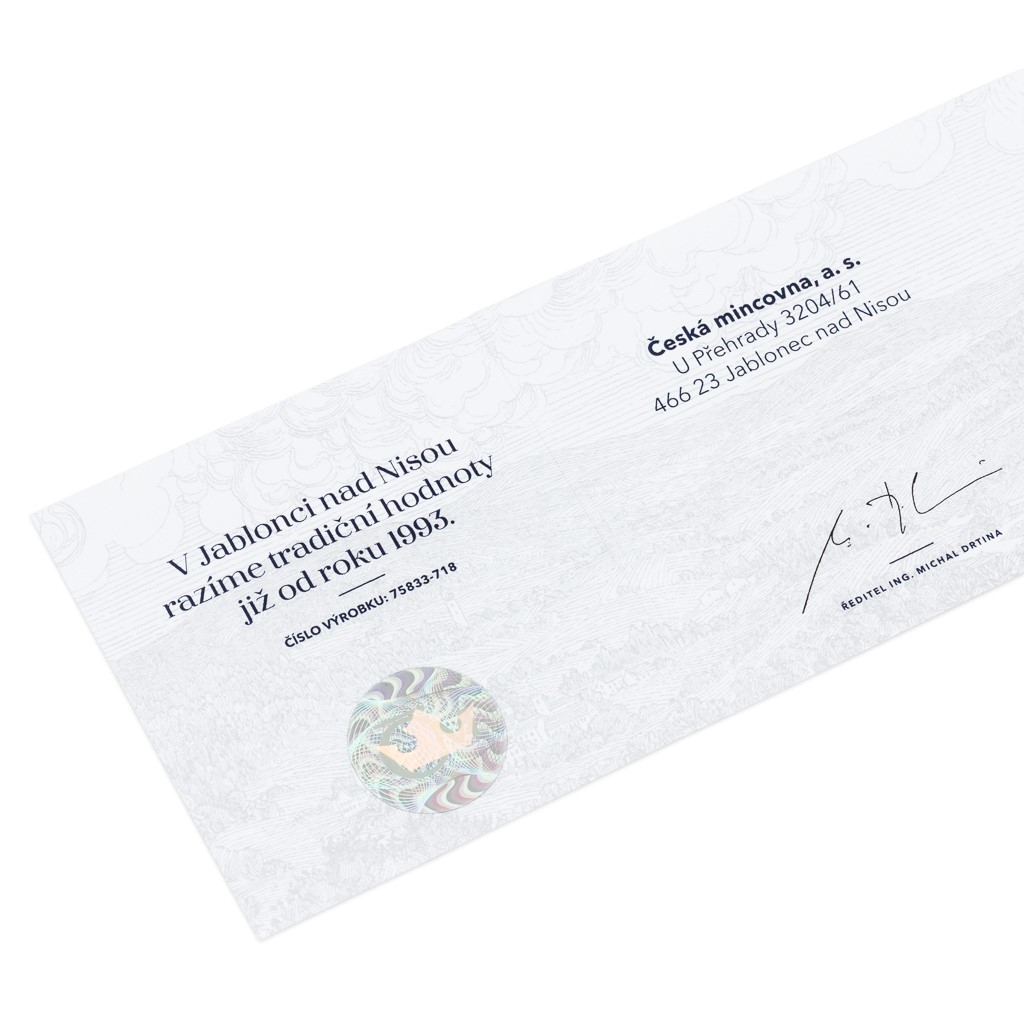 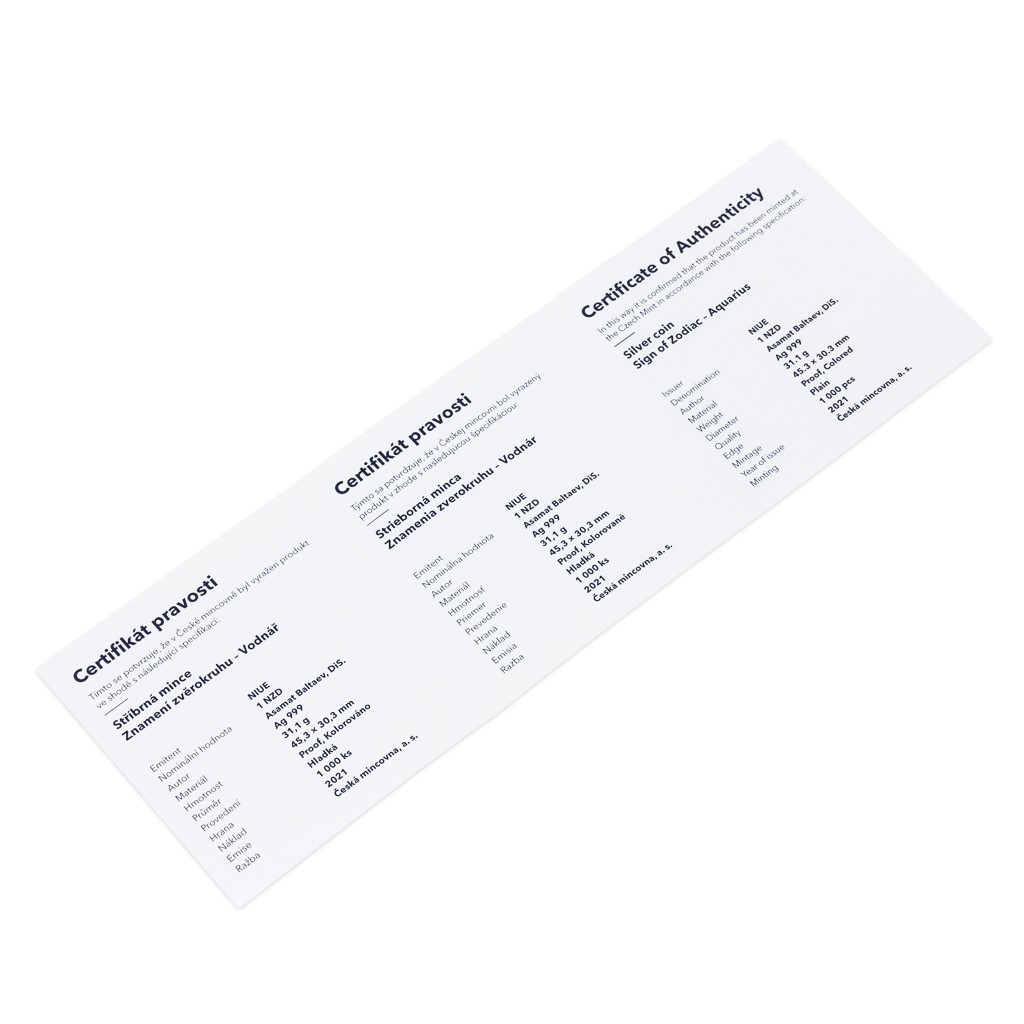 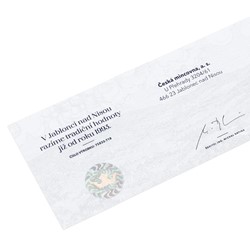 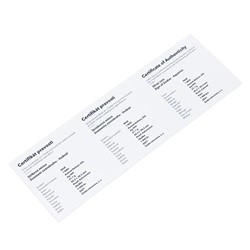