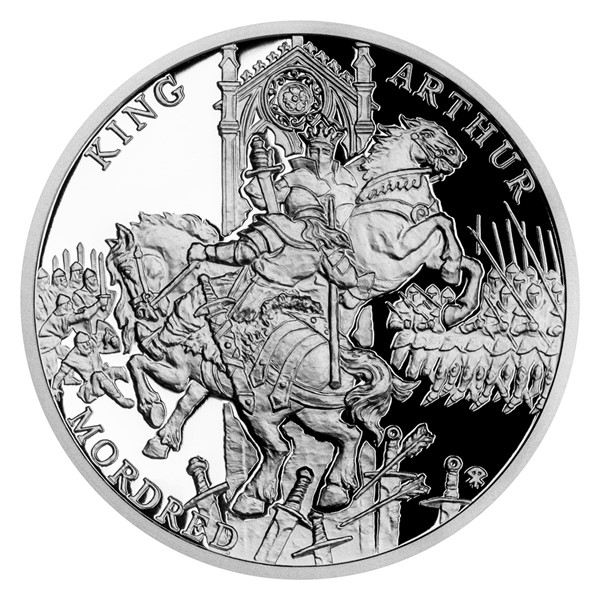 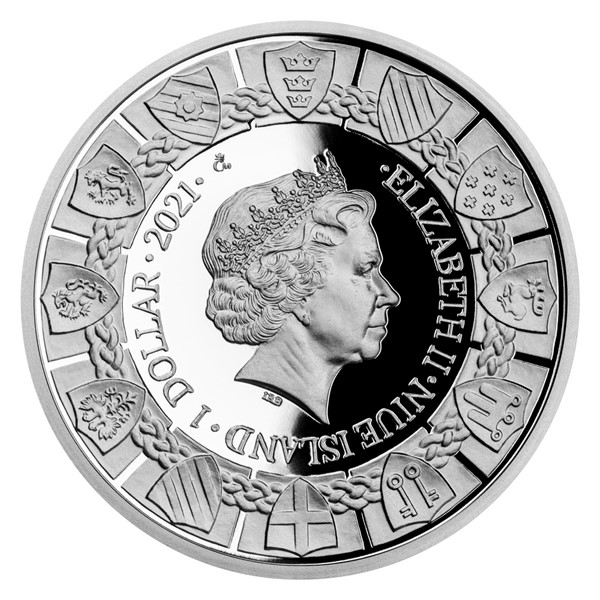 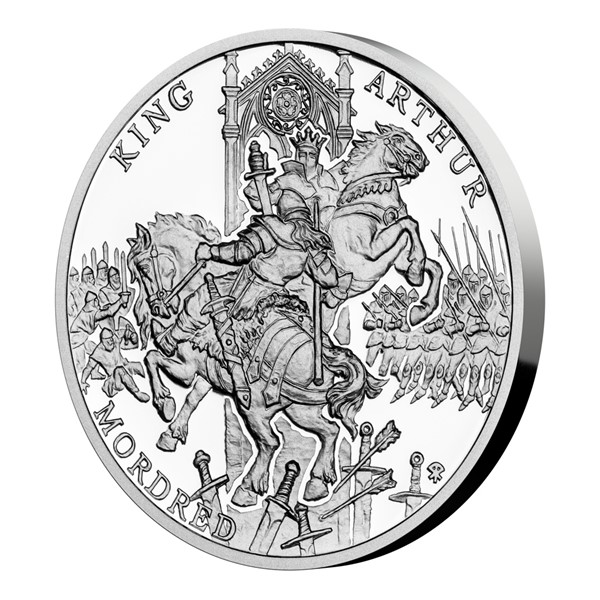 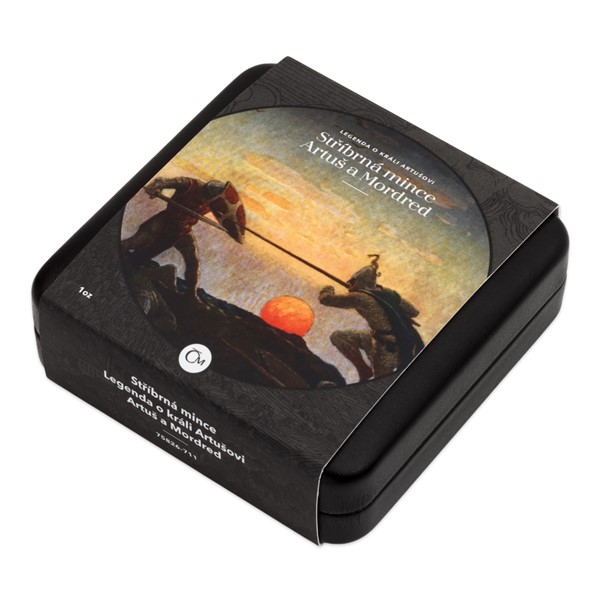 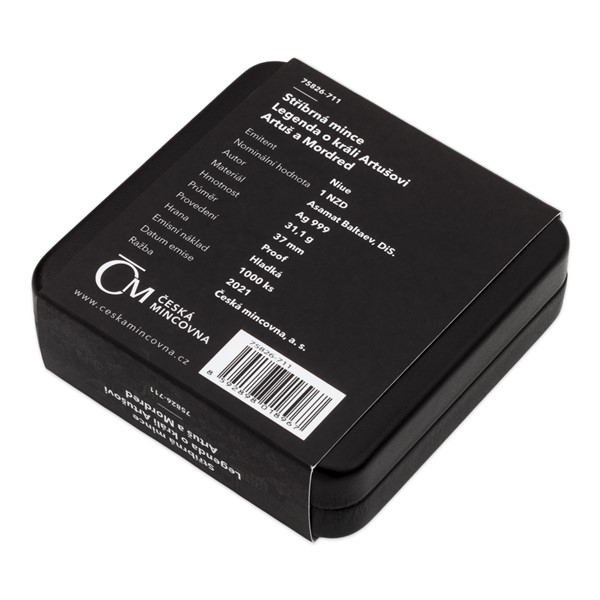 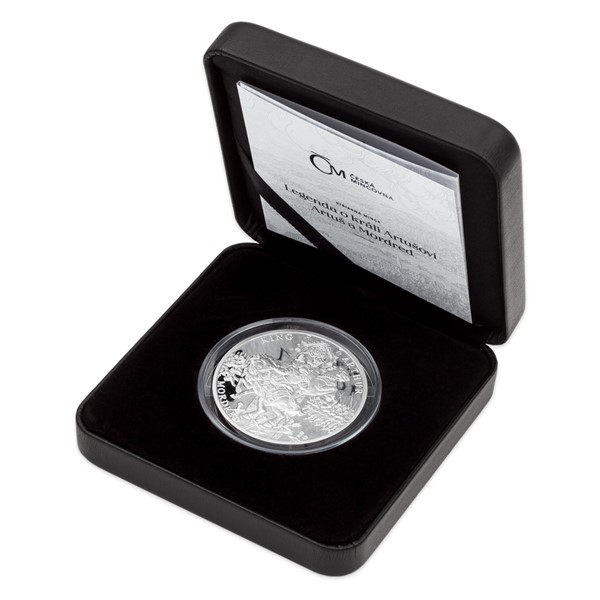 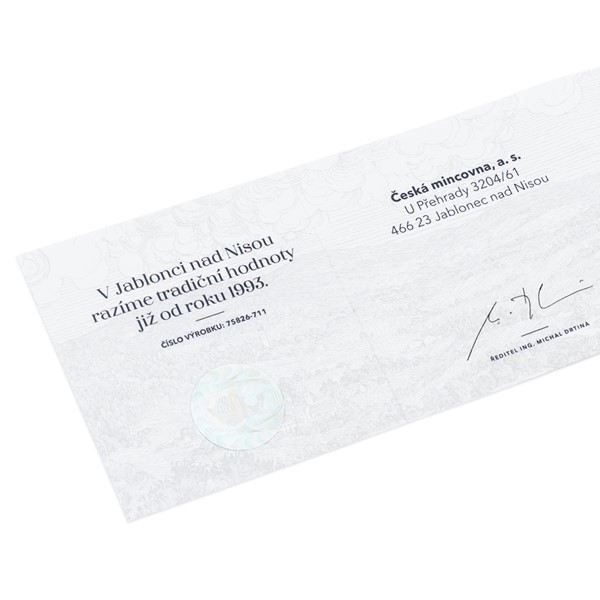 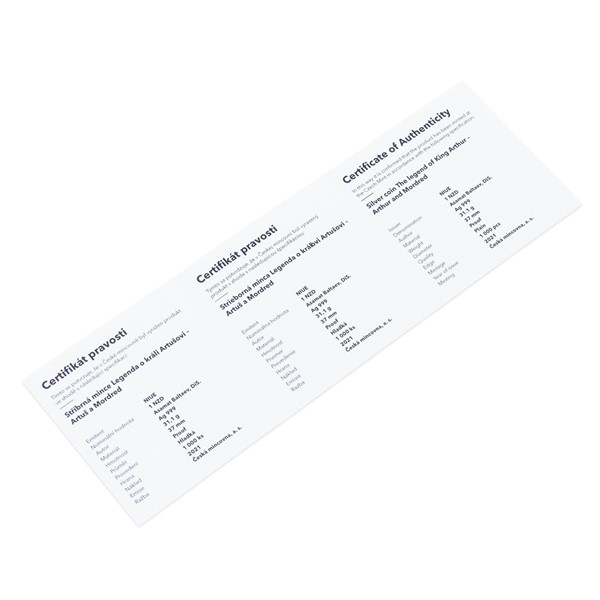 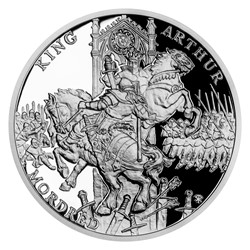 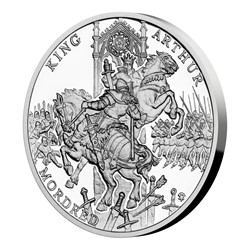 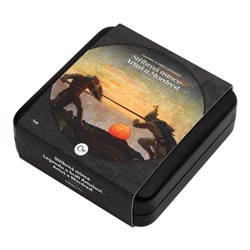 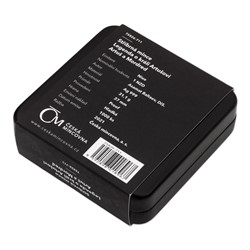 The Czech Mint dedicated the first silver coin from a four-part miniseries inspired by the legend of King Arthur to the legendary ruler and his enemy to life and death - Sir Mordred.

Although after fifteen centuries of human imagination it is impossible to distinguish between fact and fiction, a man named Arthur evidently lived. At the beginning of the 6th century AD, he was to lead Britain's defense against the Saxons and he was to lay the foundations of an island empire that has been preserved to this day. He was supposed to be the ideal of a medieval ruler - a model of chivalry, courage and honor. Therefore, it is no wonder that a figure from Celtic history was accepted by Christians as their own. Everyone who told Arthur's story then added something. The king experienced new adventures and gained new allies and opponents. Arthur's most loyal comrades-in-arms were knights who sat with him at a round table where everyone was equal. Among them were, for example, the devoted Lancelot, the valiant Gawain, the pure Galahad, but also the insidious Mordred, to whom Arthur entrusted the rule during his absence. Unfortunately, the king had no idea that the knight was in fact his illegitimate child, who despised him and secretly plotted against him. Mordred immediately took advantage of the situation, took control of Kamelot Castle and declared himself the new ruler of Britain. Both kings then clashed in a battle at Camlann. Arthur knocked down Mordred thanks to his miraculous sword Excalibur, but he himself was mortally wounded…

The medal maker Asamat Baltaev, DiS., who is the author of the coin, dedicated its reverse side to Arthur's fateful battle with Mordred - two horse riders are pierced by their weapons. The royal throne and two warring armies in the background depict a cross which, in combination with the circular circumference of the coin, refers to the Celtic-Christian origin of the legend. The composition of the reverse side is supplemented with the English inscription of KING ARTHUR - MORDRED. The obverse side of the coin then presents a round table, together with the coats of arms of individual knights. Since the coins of the Czech Mint are licensed by the foreign issuer, the island of Niue, the obverse sides also bear the name and portrait of Queen Elizabeth II, the nominal value of 1 DOLLAR (NZD) and the year of issue 2021.

Do not forget that you can store a set of four coins in a special collector's box that you will also find in the offer of the Czech Mint. 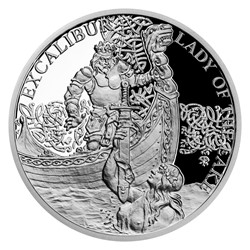 Add to cart
Silver coin The legend of King Arthur - Excalibur and Lady of the Lake proof
In stock Mintage 1000 pcs
1,690 CZK
including VAT 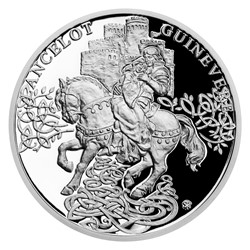 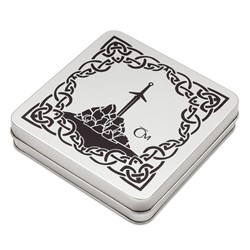 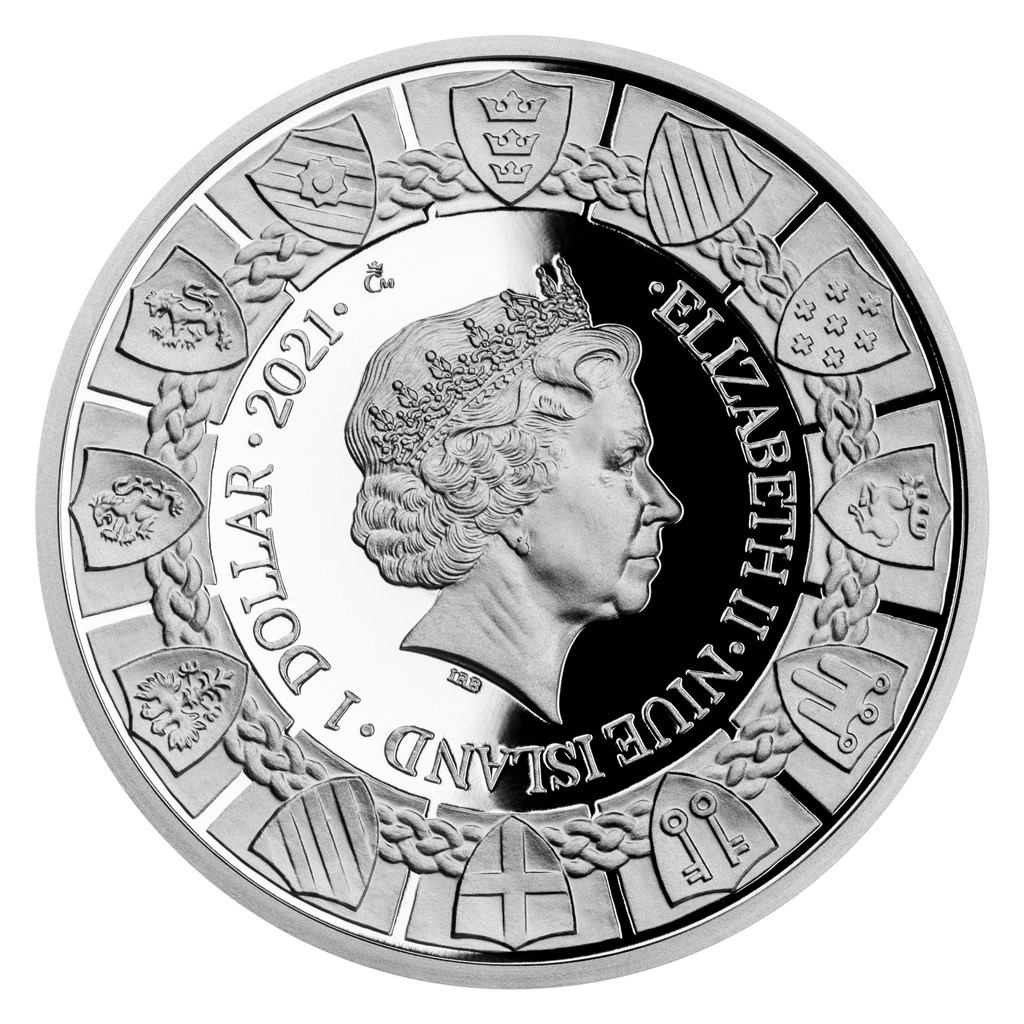 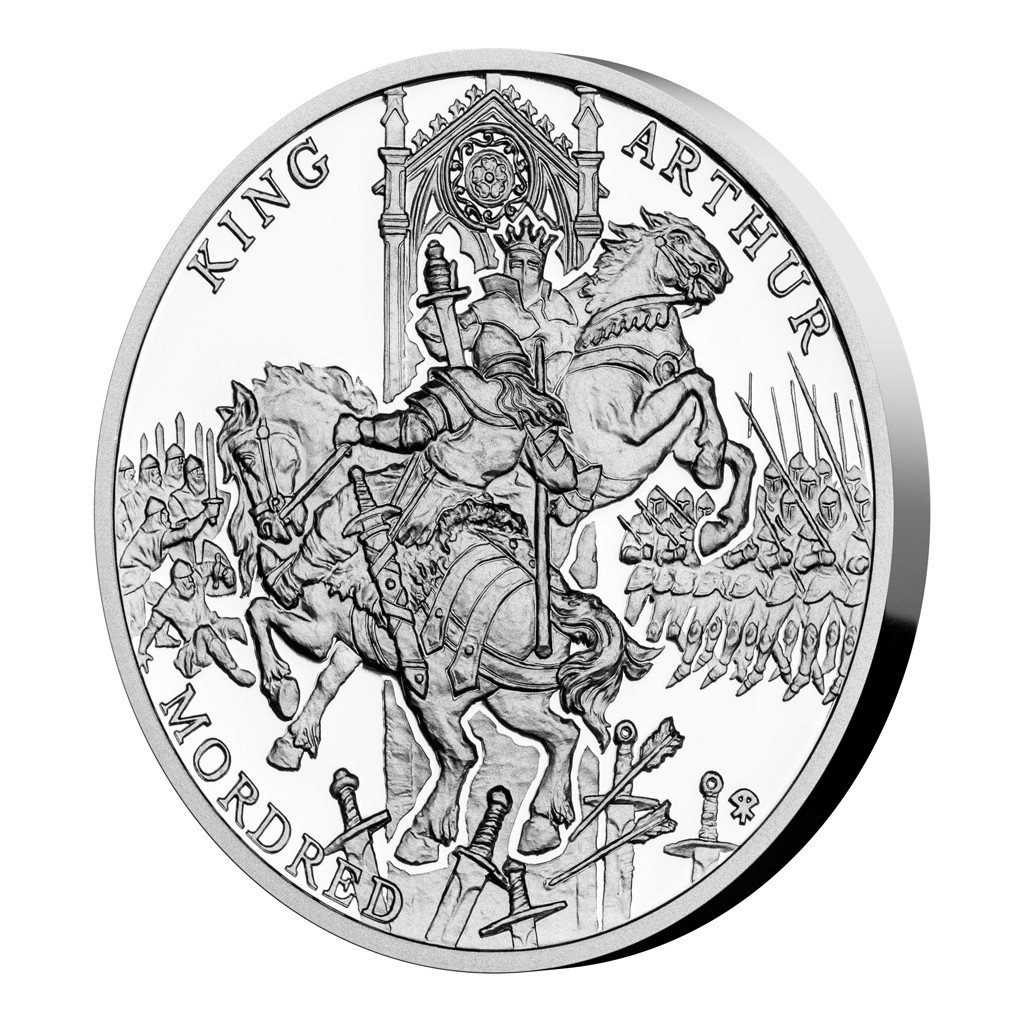 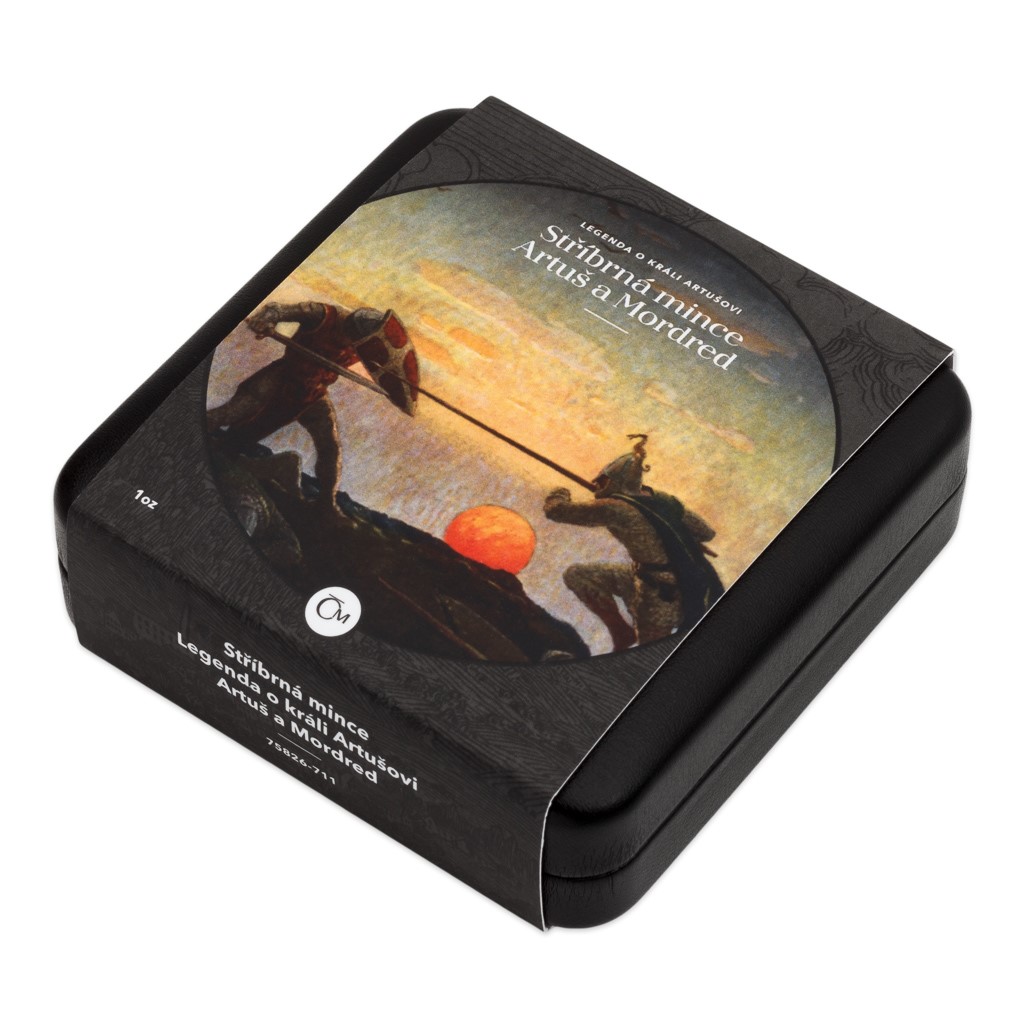 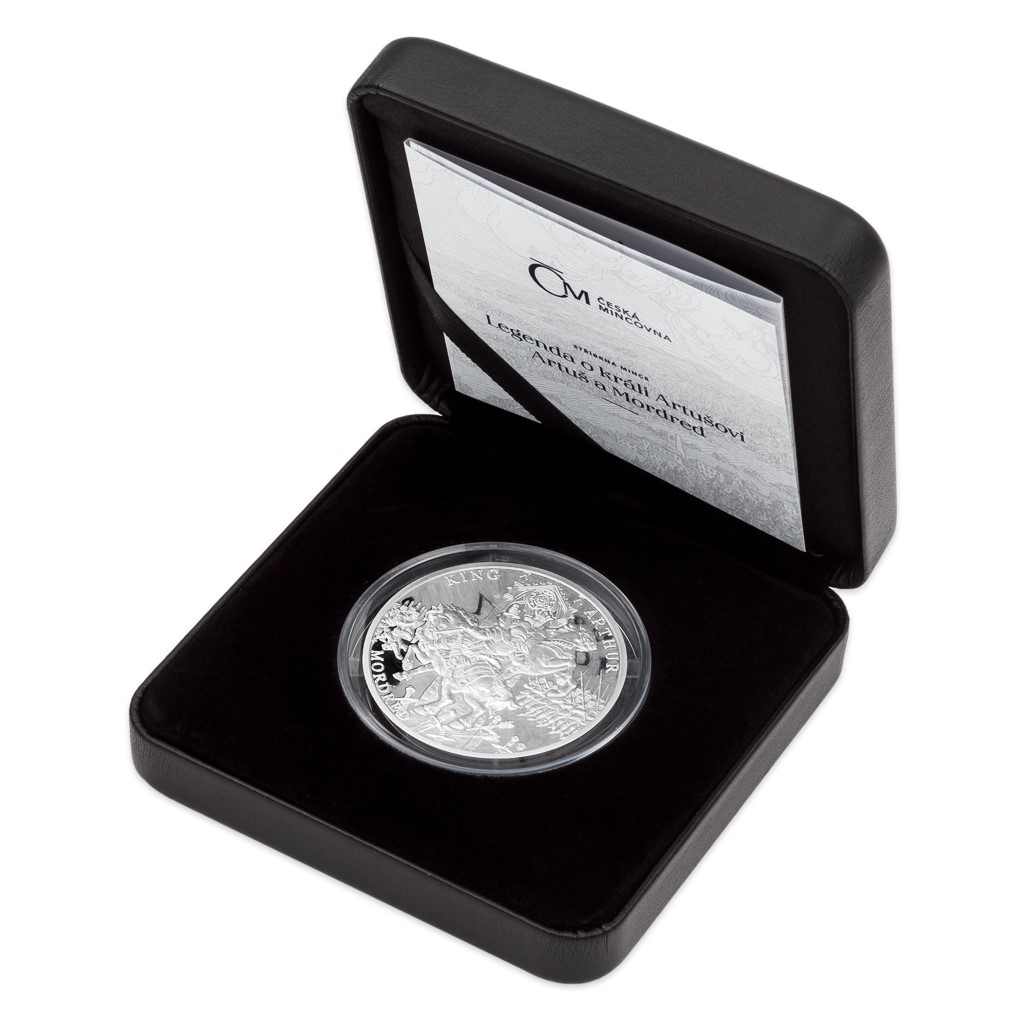 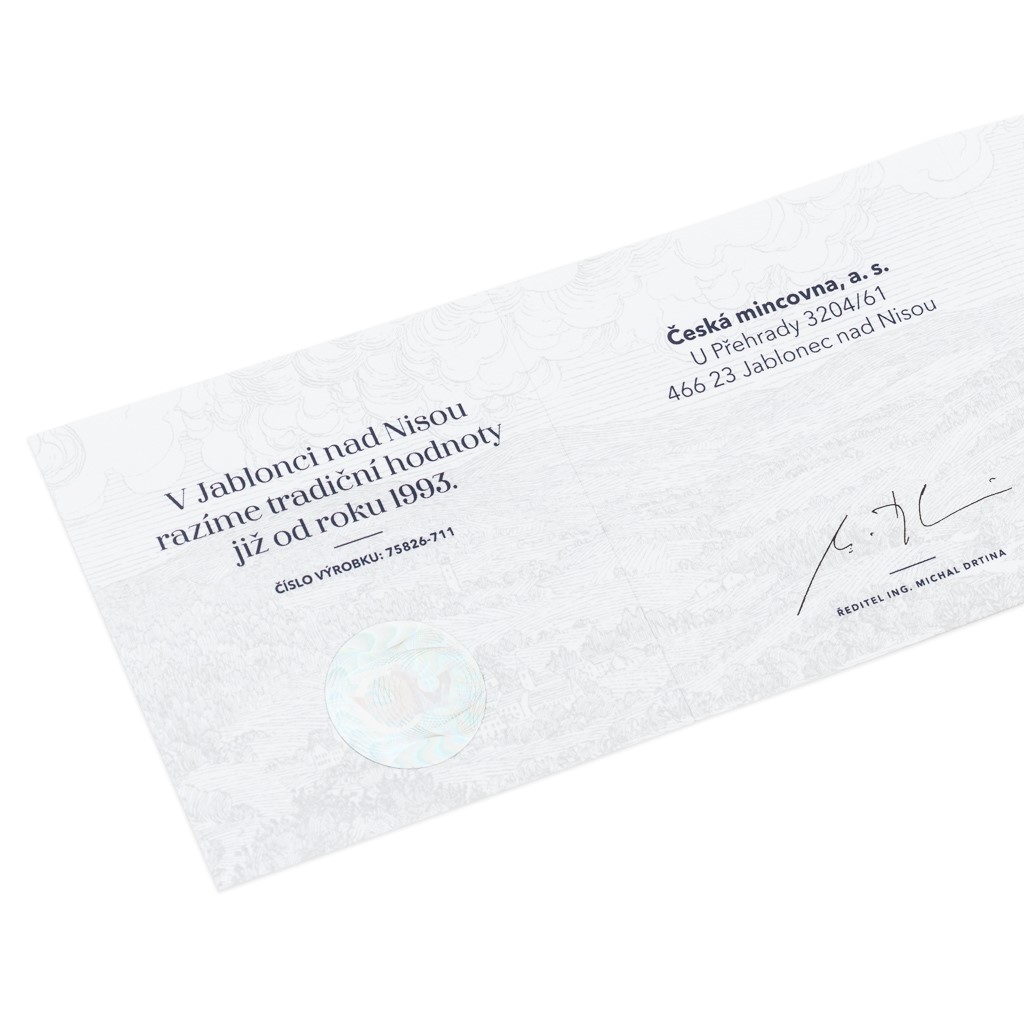 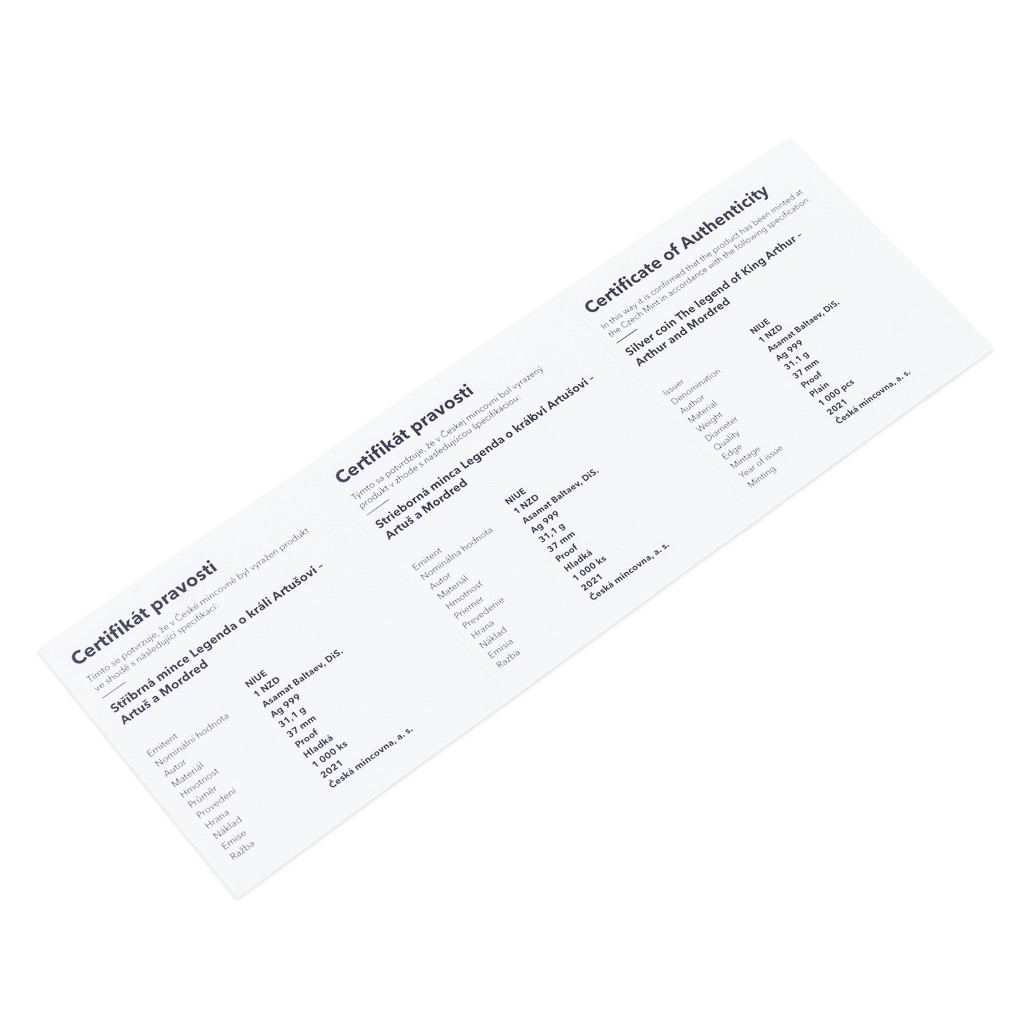 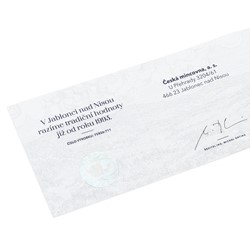 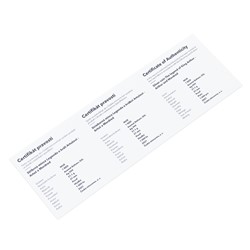