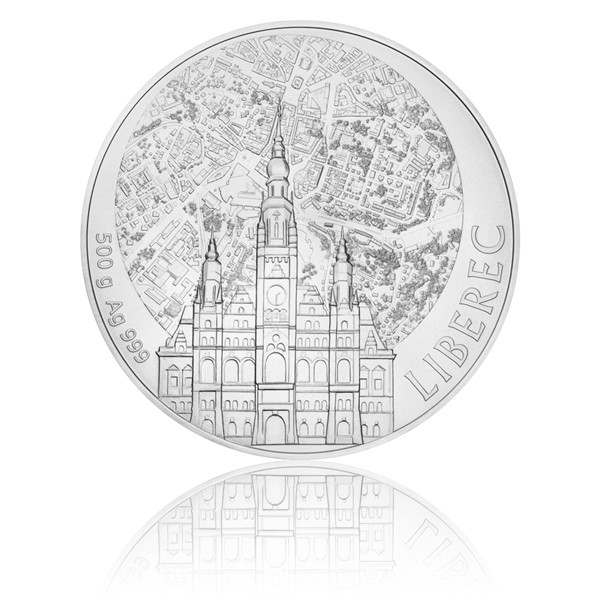 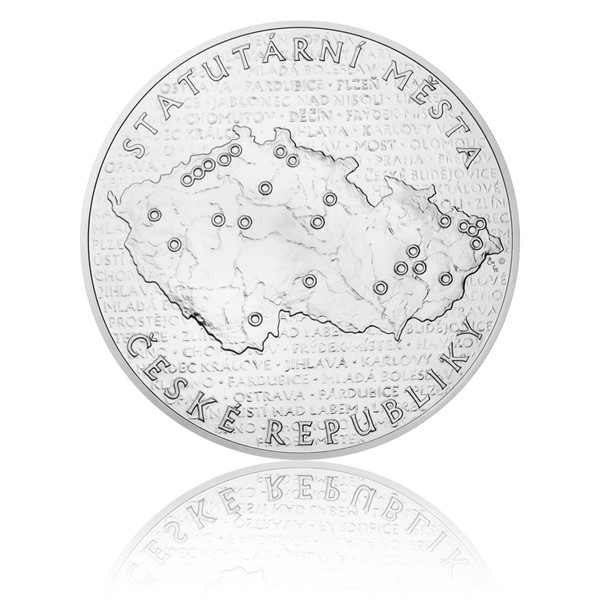 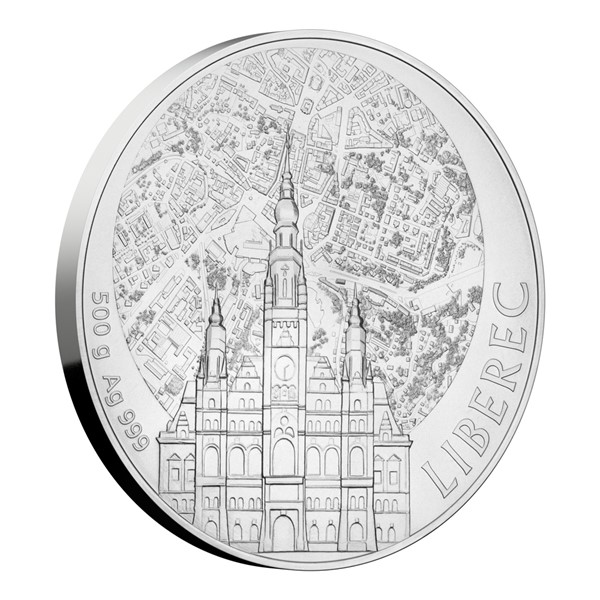 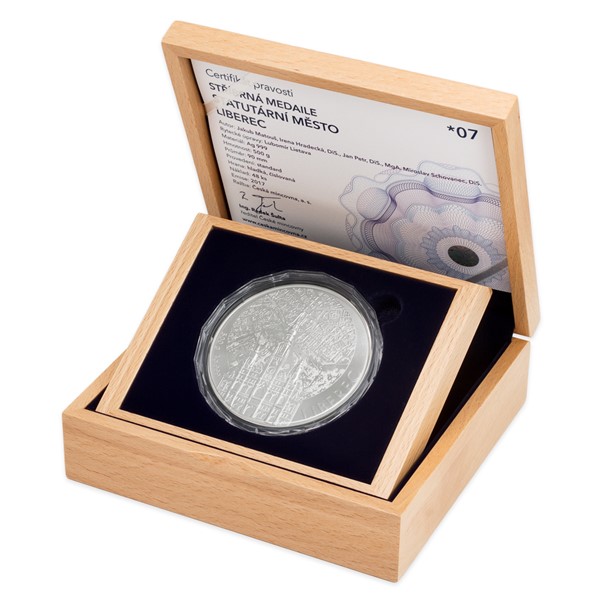 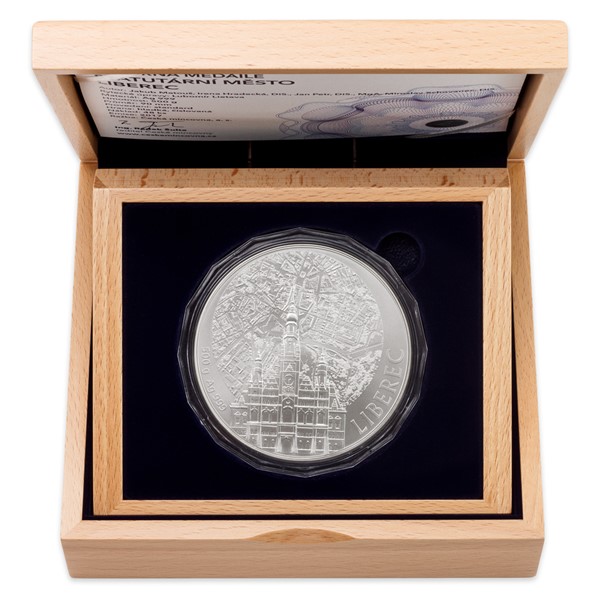 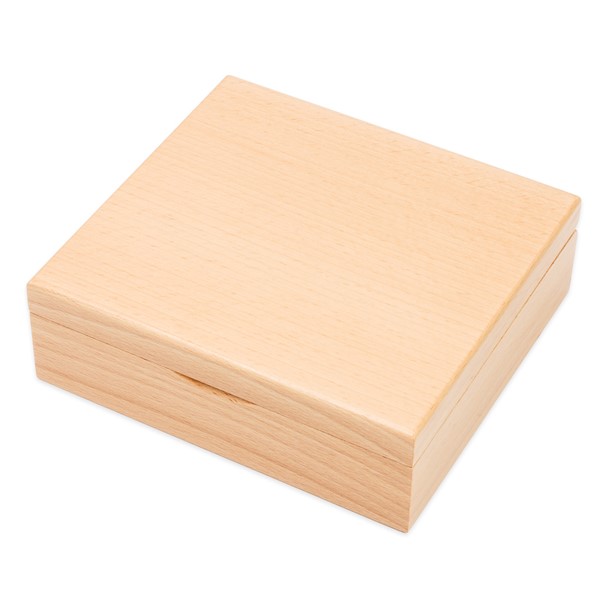 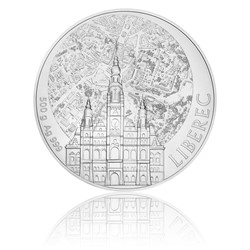 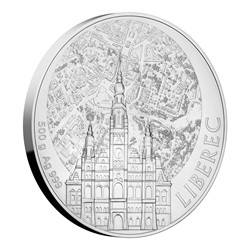 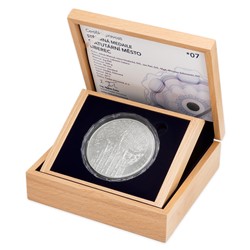 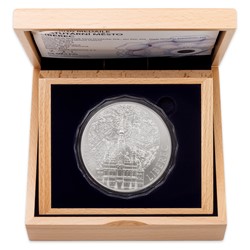 The home of the Czech Mint is the Liberec Region, whose heart is in the North Bohemian city Liberec. Apart from regional headquarters, it is one of the 26 statutory cities of the Czech Republic, so it owns the silver medal weighing one half of a kilogram, which is part of the cycle of the Czech Mint.

The history of Liberec dates back to the 13th century and from the very beginning it was settled not only by Czech settlers but also by German colonists. Originally, it was known under the German name Reichenberg, which means "Rich Mountain", even though it did not initially have any special wealth. However, it changed and Liberec became the center of textile production. The locals first devoted to the cultivation of linen, later switched to sheep wool processing and lucrative knitwear production. Almost every house produced fabric. The entire army of Albrecht of Valdštejn was dressed in the cloth during the Thirty Years' War and in the times of Austria (thanks to the Liebig Dynasty manufactory), Liberec became one of the most important cities of the monarchy. After the Second World War, the famous textile company Textilana was established, but, at the beginning of the 21st century the local textile industry was struck hard. However, Liberec offers much more than just cloth - it is a modern center of administration, culture, sports, trade and education, home to more than 100,000 inhabitants and the fifth largest city in the Czech Republic!

Female medal maker Irena Hradecká, DiS., chose the neo-renaissance Liberec Town Hall as the central motif of the obverse side of the medal. From the balustrade balcony of the Town Hall spoke Franz Joseph I, Edvard Beneš and Václav Havel to the Liberec people. Another artist, Jakub Matouš, DiS., then made an aerial view of the city center and Jan Petr, DiS. connected these features. MgA. Miroslav Schovanec, DiS. is the author of the reverse side of the medal that carries the map of the statutory cities of the Czech Republic.

Not only is the weight of the silver medal impressive, but also its emission cost - the world will see only 48 numbered pieces! 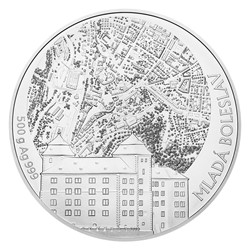 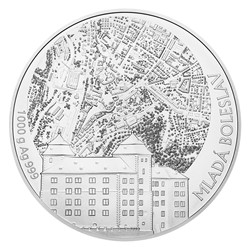 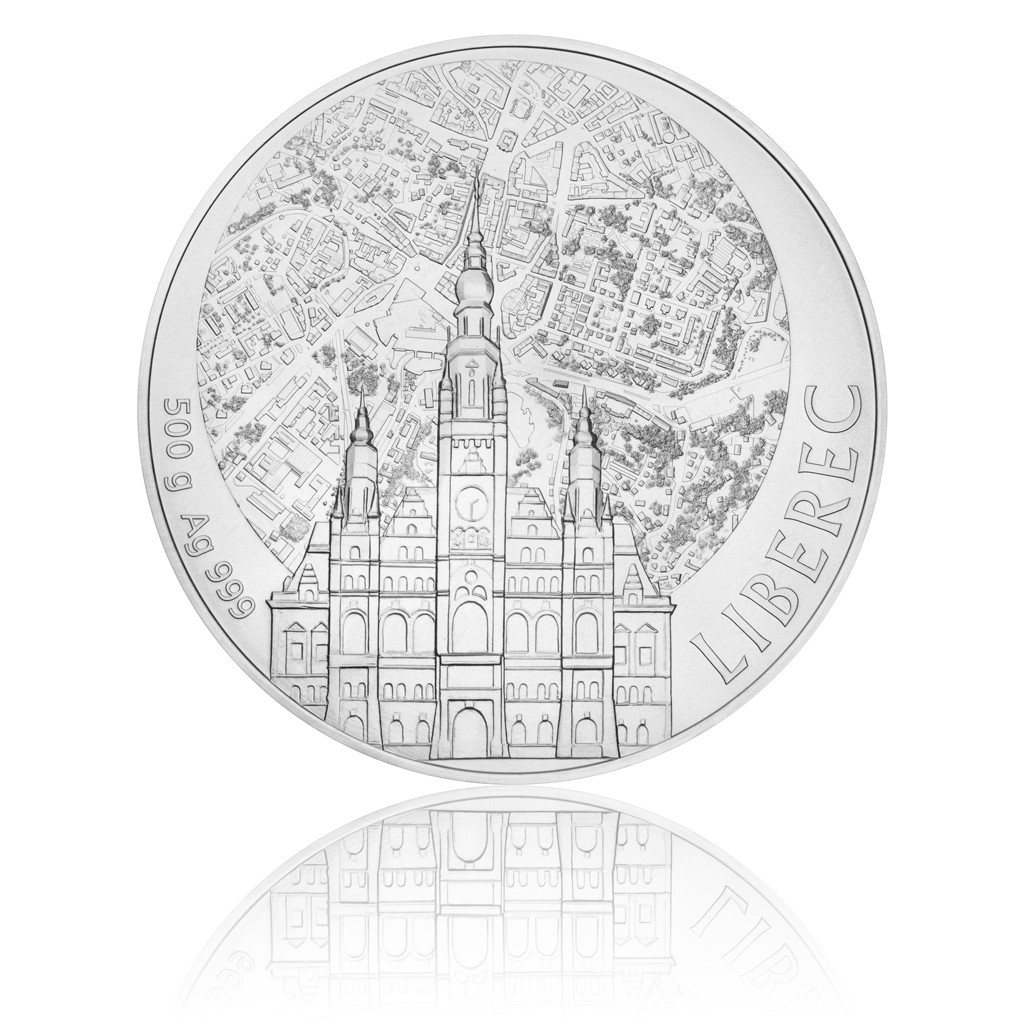 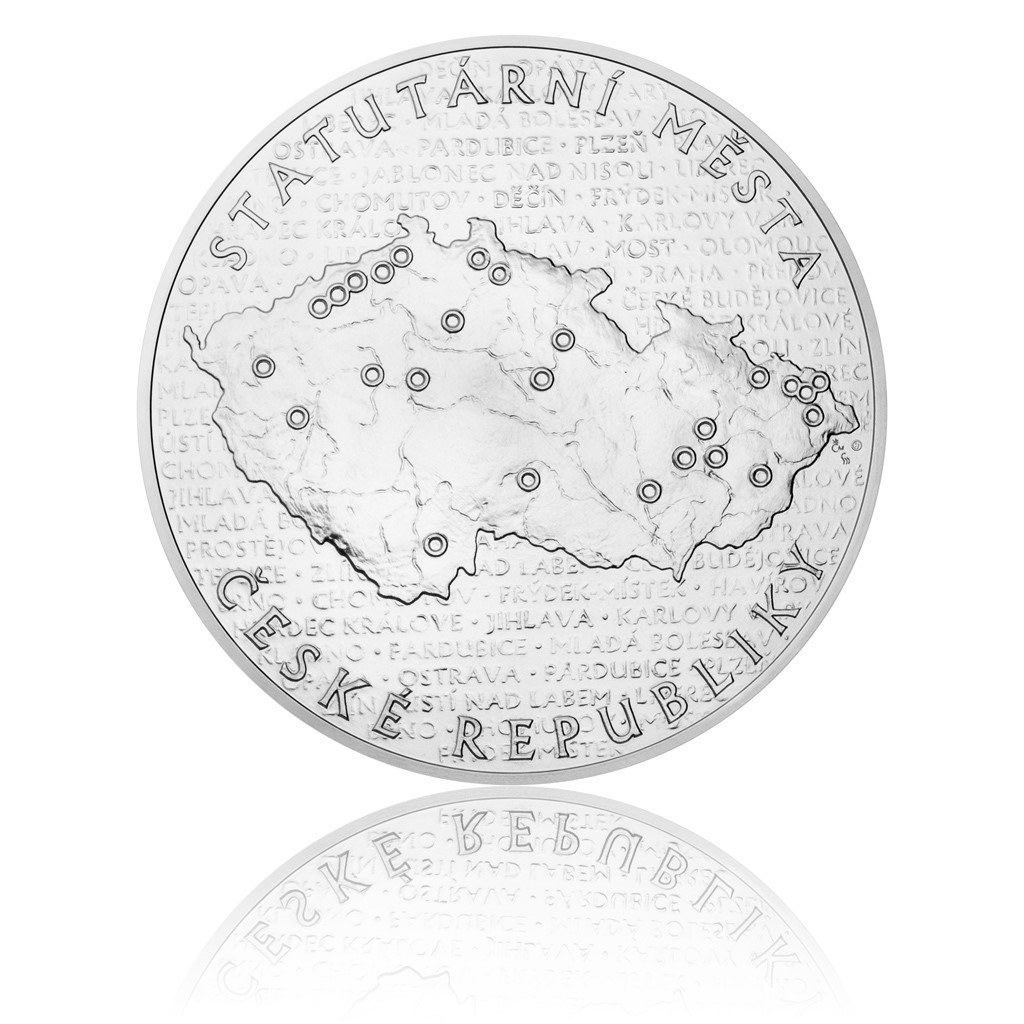 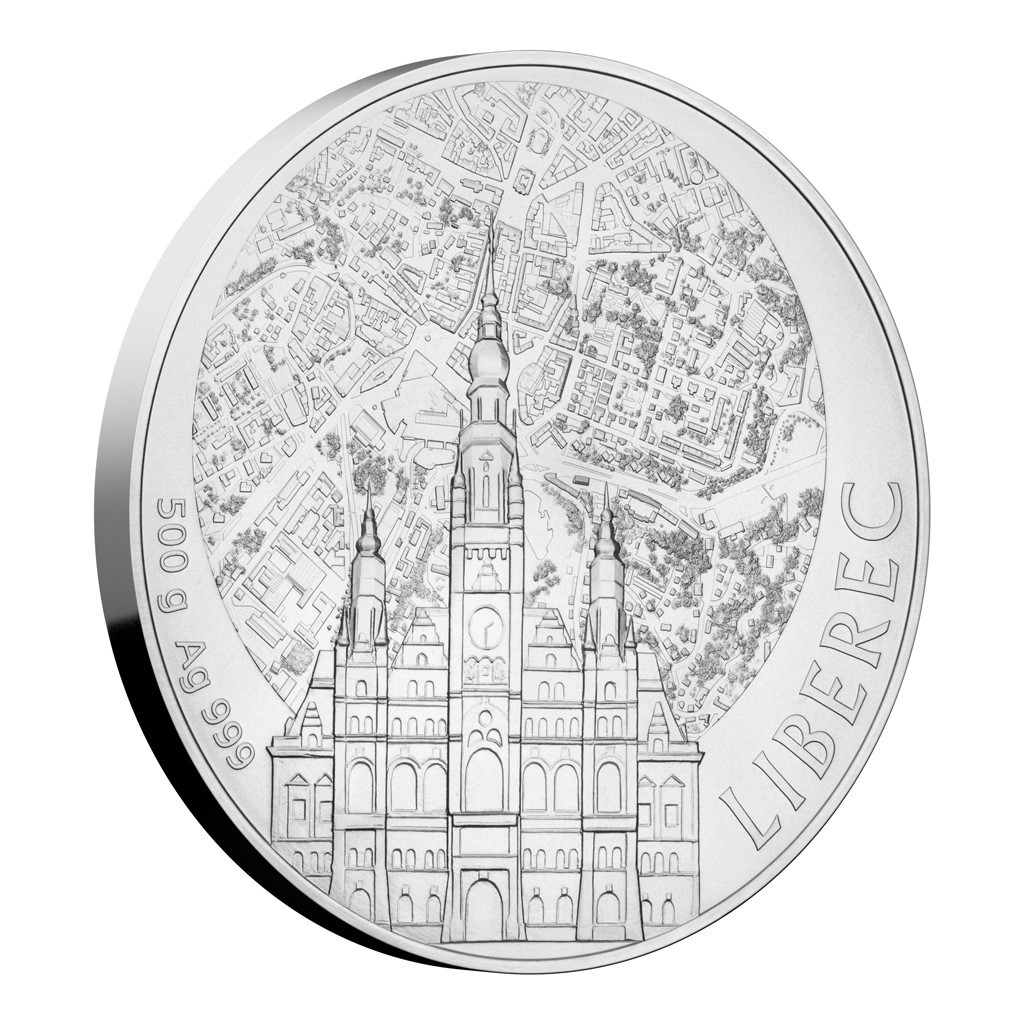 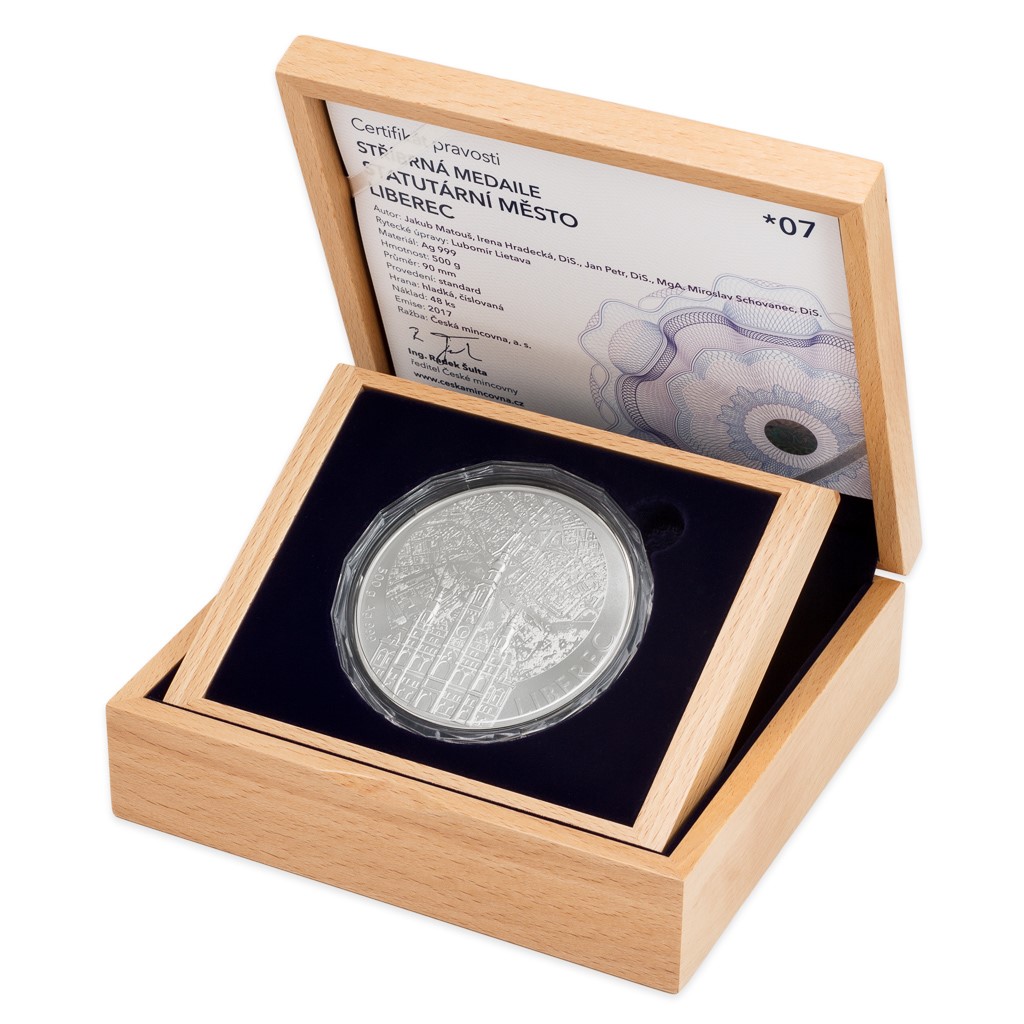 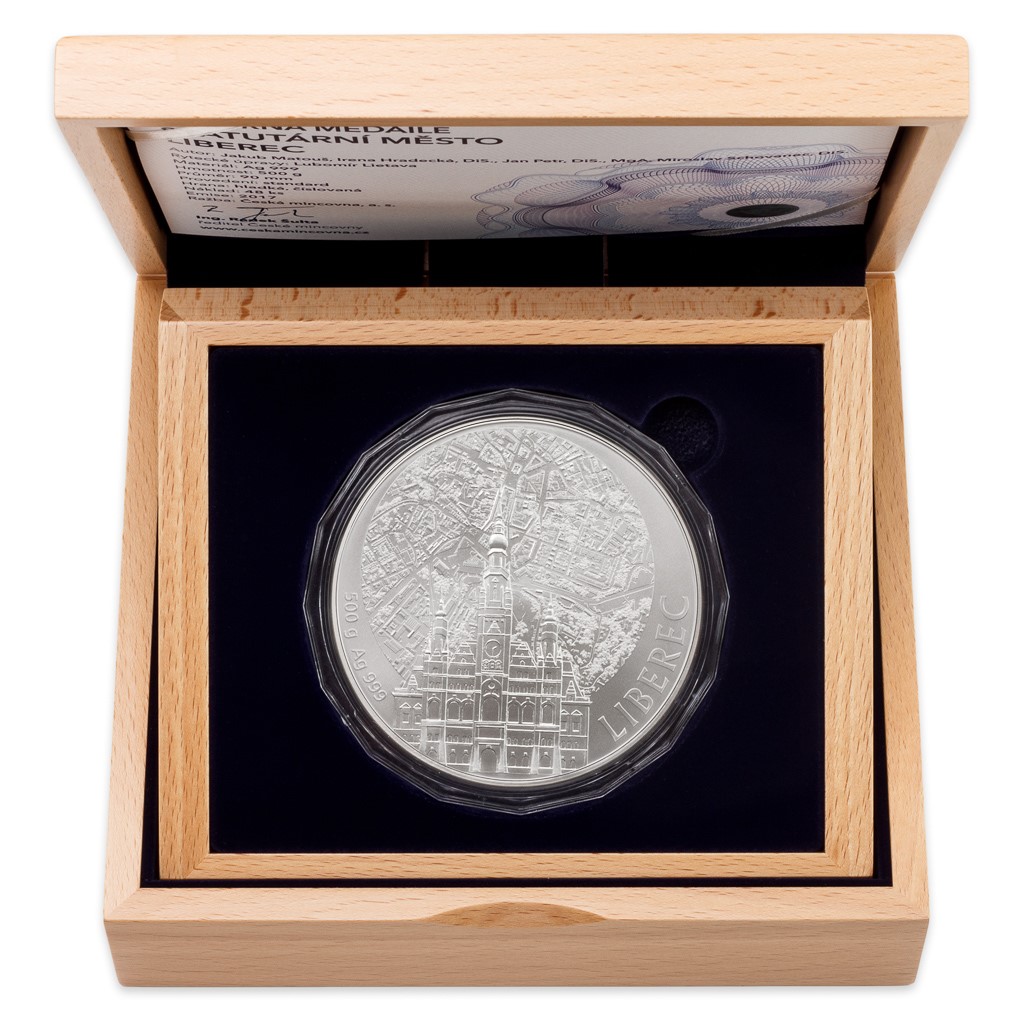 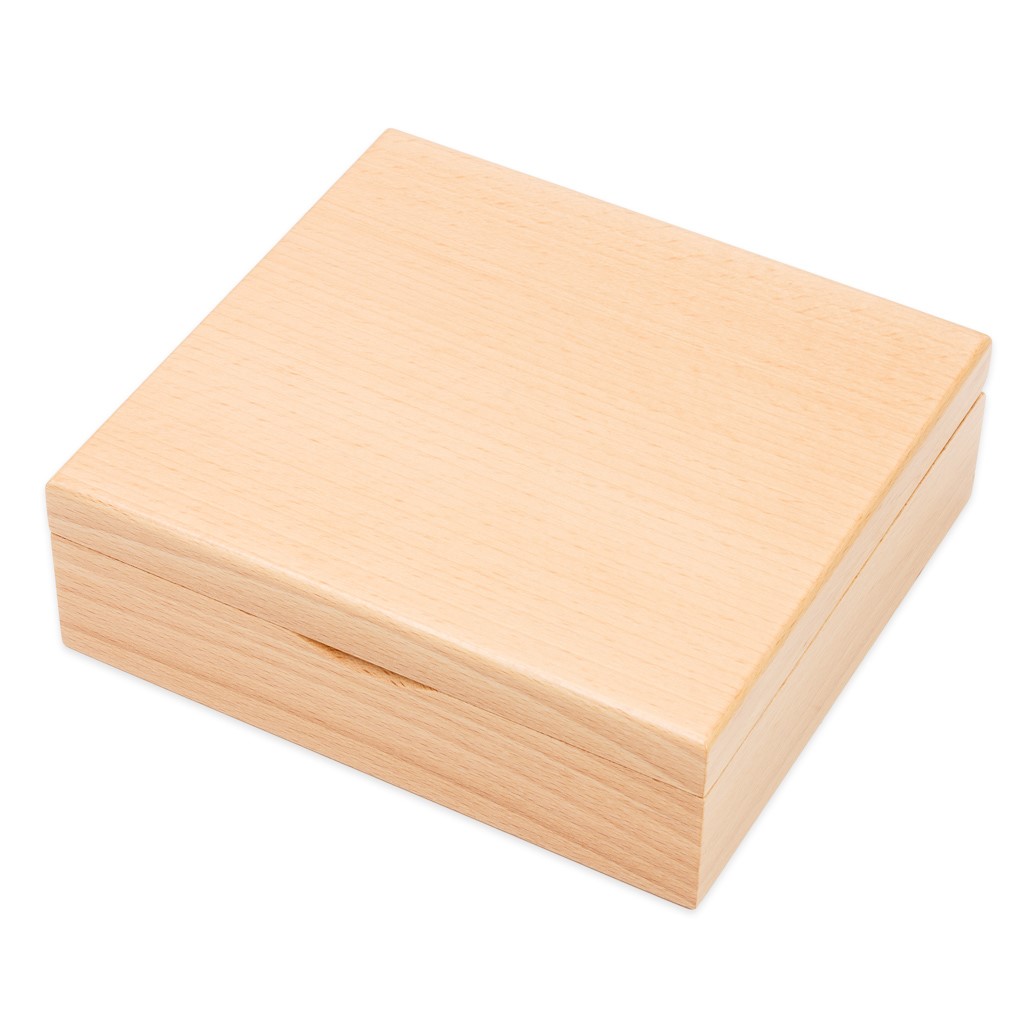 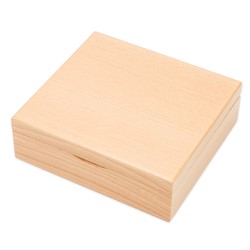