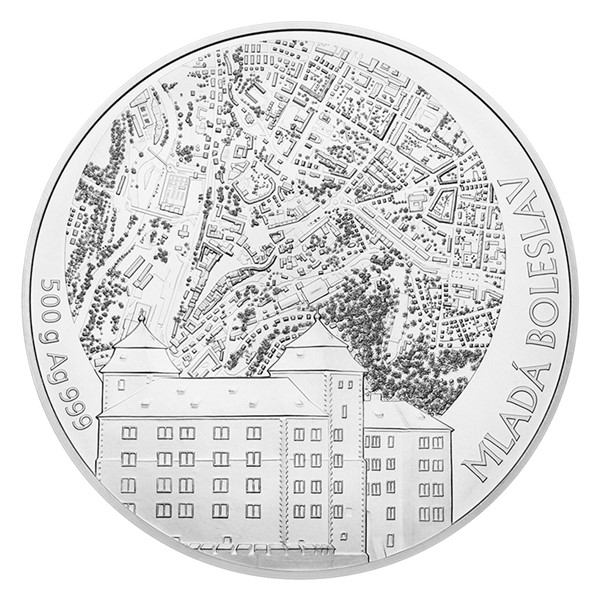 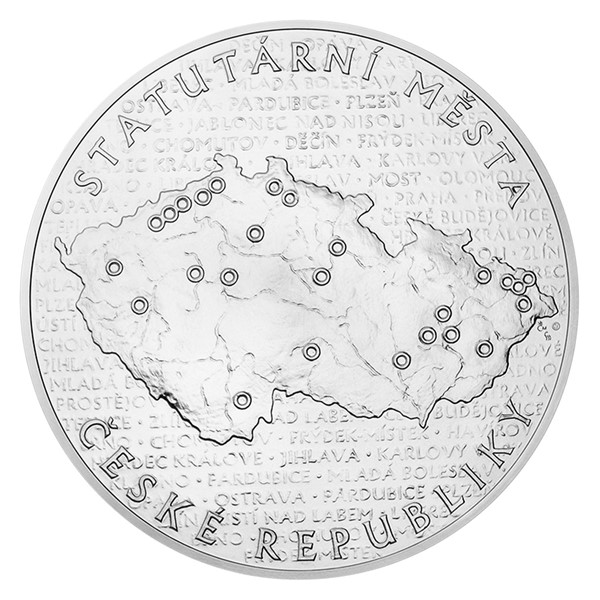 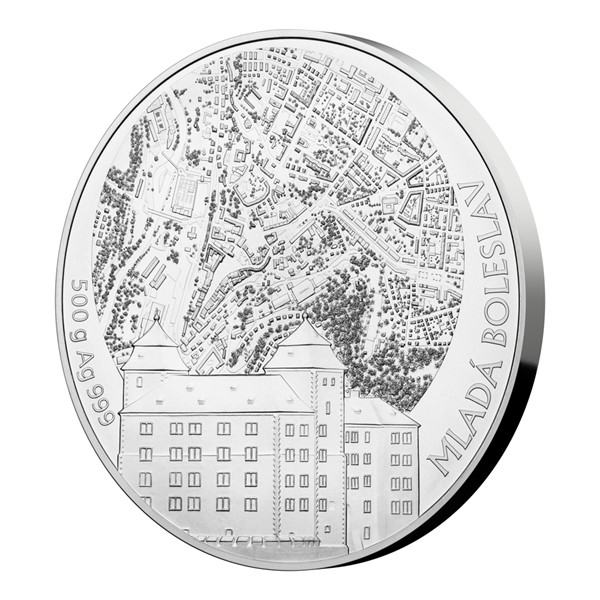 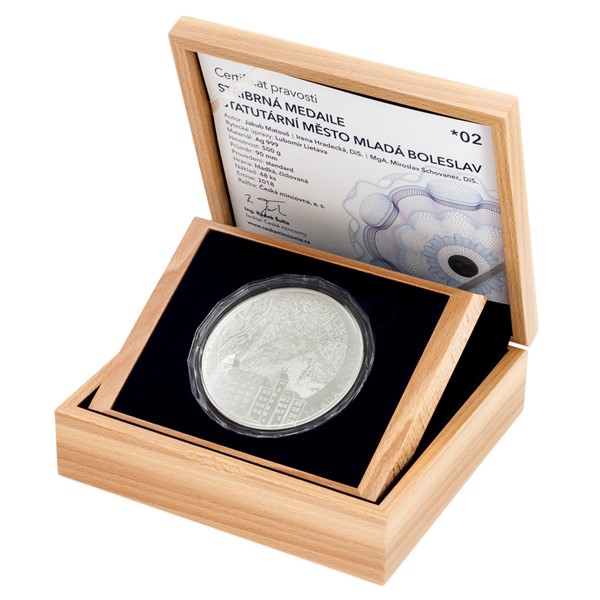 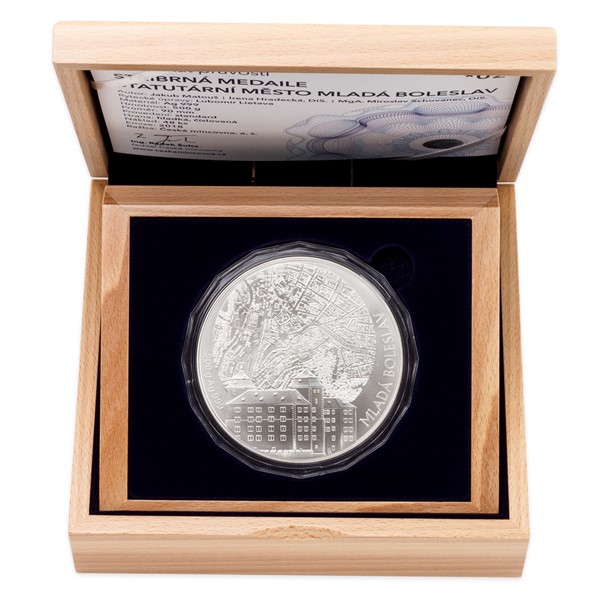 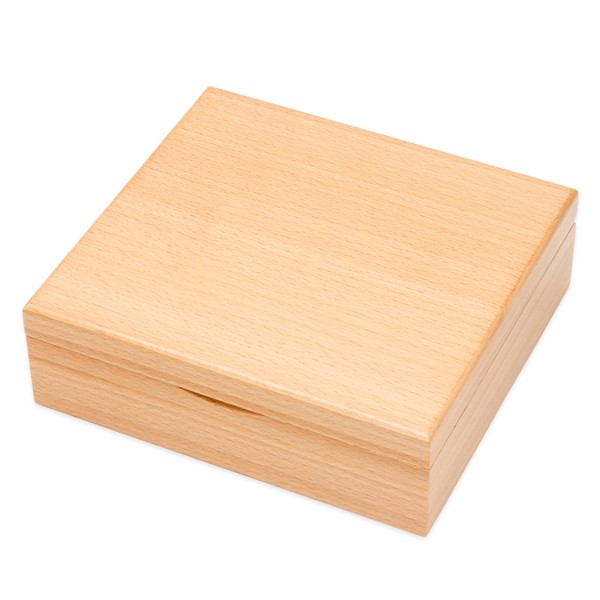 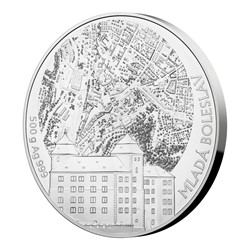 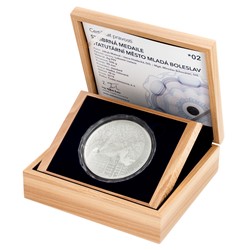 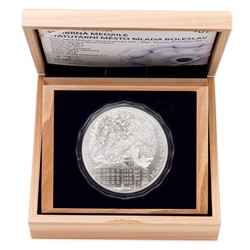 Each of the 26 statutory cities of the Czech Republic is home to tens of thousands of inhabitants, a modern center of administration, culture, sports, commerce, education, but also industry. The last one is valid especially for Central Bohemian Mladá Boleslav, to which belongs the thirteenth issue from the cycle of half-kilogram silver medals of the Czech Mint.

When bookseller Václav Klement and the mechanic locksmith Václav Laurin founded a bicycle production company in Mladá Boleslav, they certainly did not know that they created the future of the czech industry. The production began with just five people in 1895, but the Laurin & Klement company was opened three years later with an area of ​​11 hectares. The company introduced its first real motorcycle Laurin & Klement Type 1 at the end of 1899. In 1905 the first real car Laurin & Klement A was introduced. Thanks to the quality and unrivaled prices, there was no customer need and the company was growing up. In 1916 the factory had 1,715 employees and an area of ​​310 hectares. It had its own steam and hydropower, brickworks, sawmill, farm, dairy, soda shop, footwear shop, physical and chemical laboratories, but also - as the only one in the Habsburg monarchy - an electric computer. L & K automobile company was merged with Škoda engineering group in 1925 and the company got a new name that made Mladá Boleslav famous throughout the world.

The dominant theme of the obverse side of the medal is the Mladá Boleslav castle, which was rebuilt in the Renaissance chateau in the 16th century and comes from the workshop of Irena Hradecká, DiS. Extremely detailed aerial view of the city center is the work of Jakub Matouš, DiS. The author of the tasteful collage, which combines both themes, is Petra Brodská, DiS. The obverse side is the work of three gifted Jablonec medalmakers. The reverse side is common to all medals from the cycle. It carries a map of the Czech Republic, highlighted by all statutory cities, and its author is MgA. Miroslav Schovanec, DiS.

It is not only the weight of the medals, but also their emission costs, together 48 half-kilogram specimens, each of which is manually numbered on the edge and placed in an elegant wooden etui. 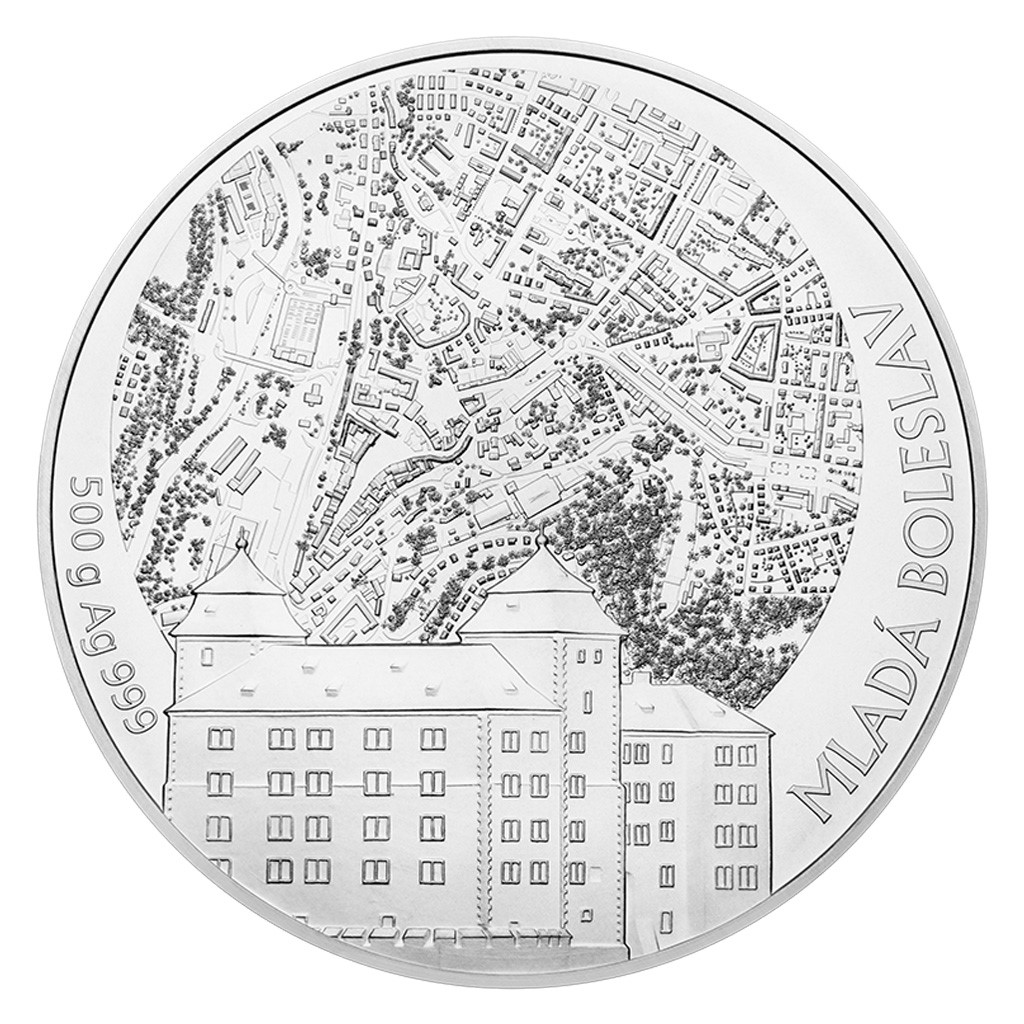 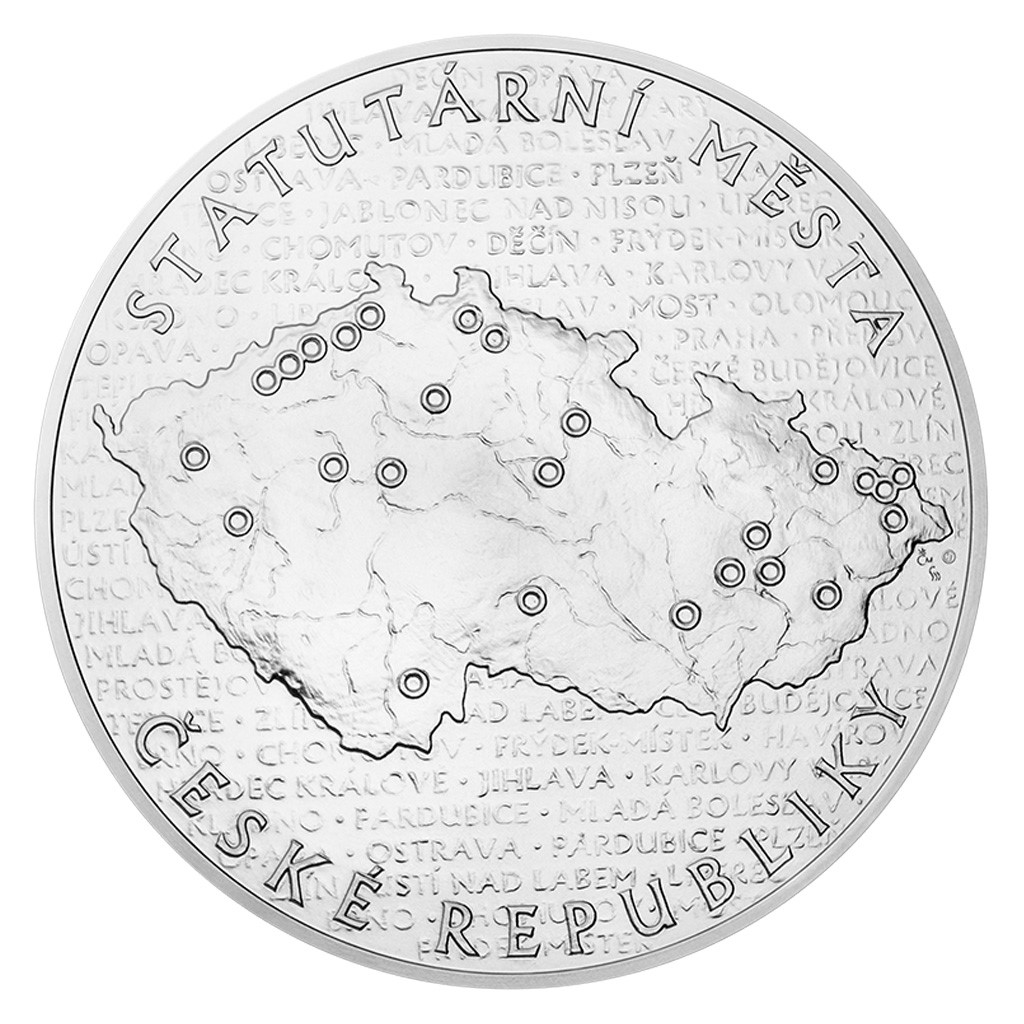 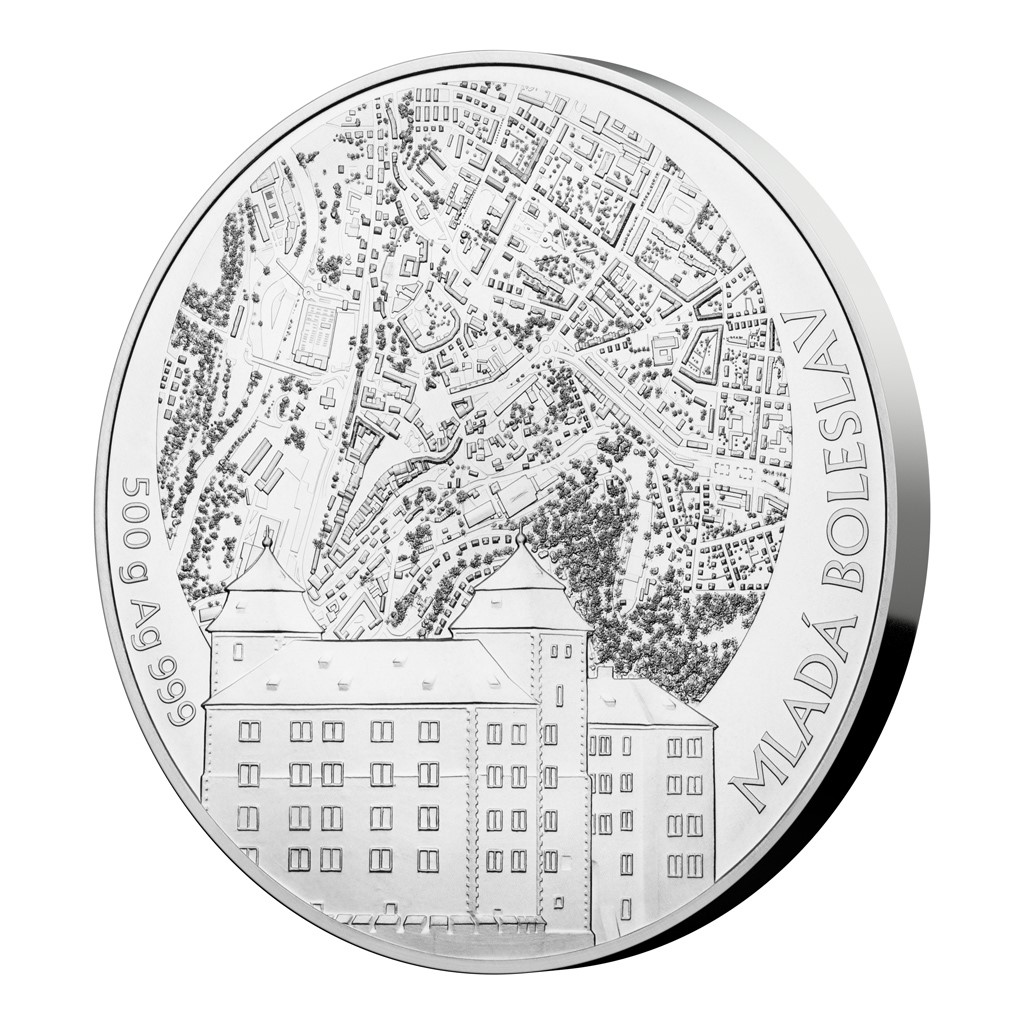 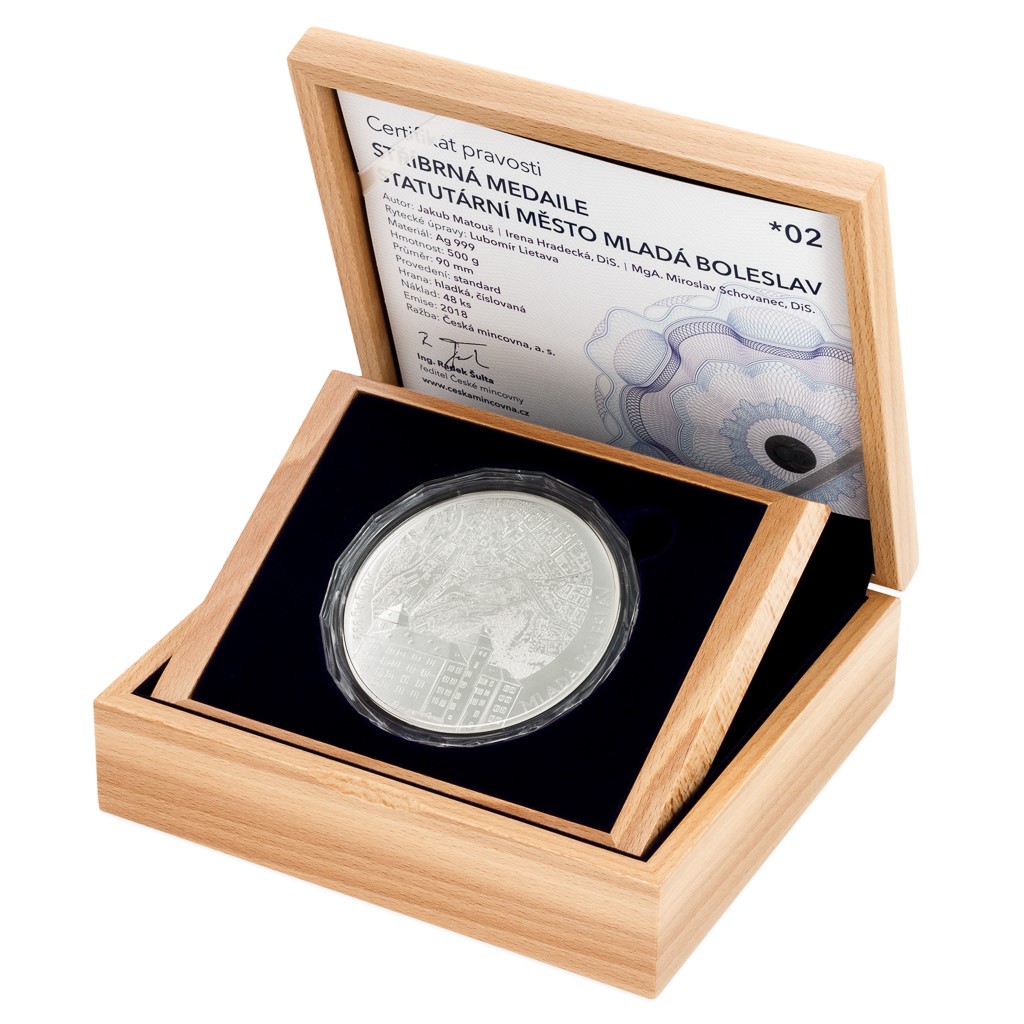 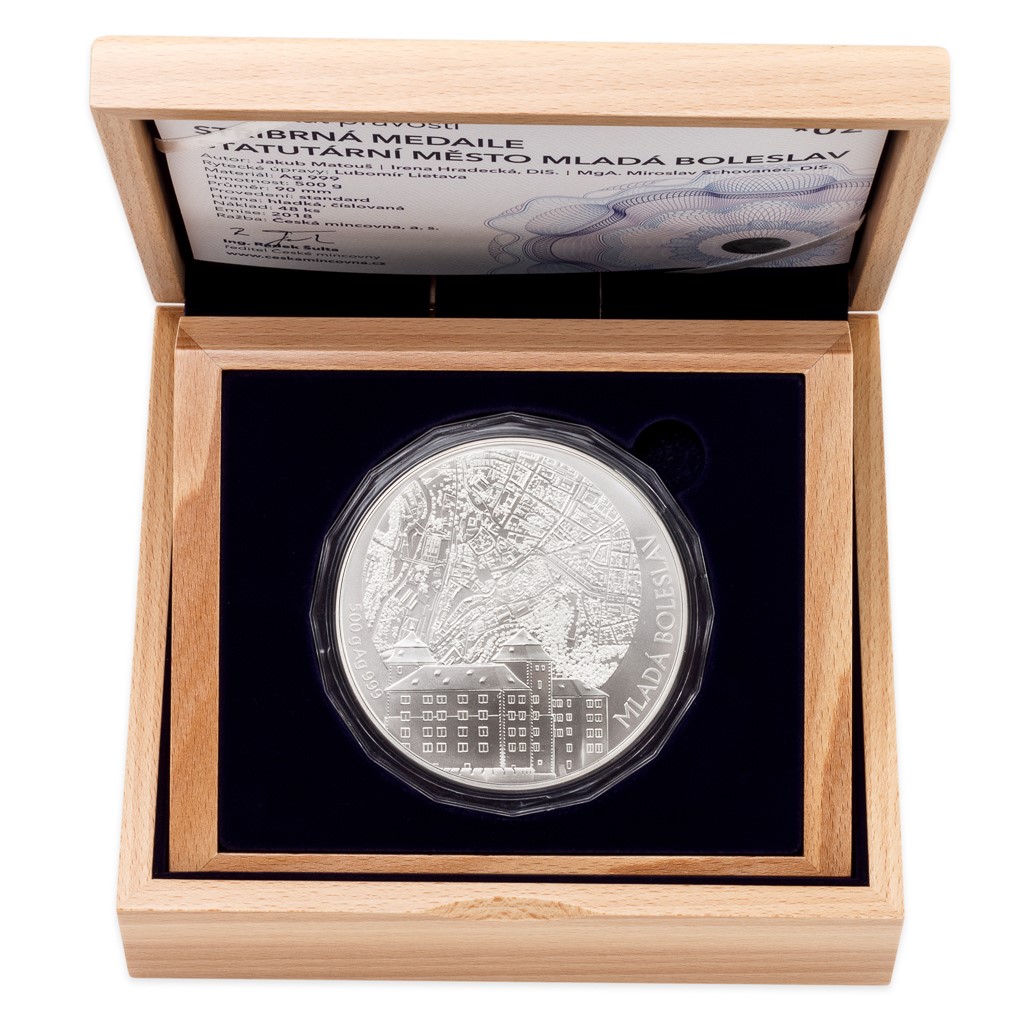 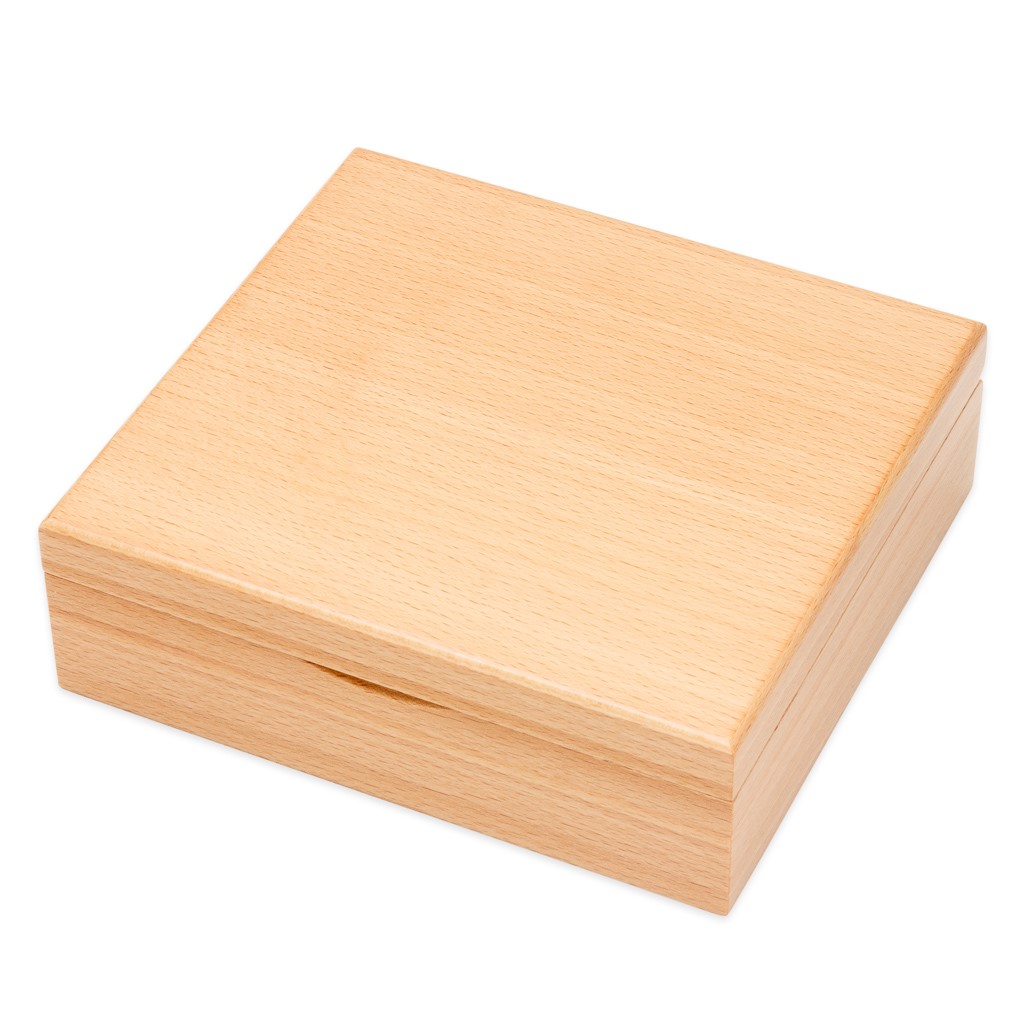 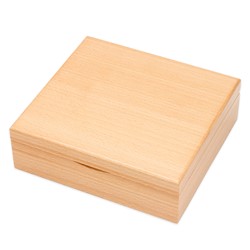