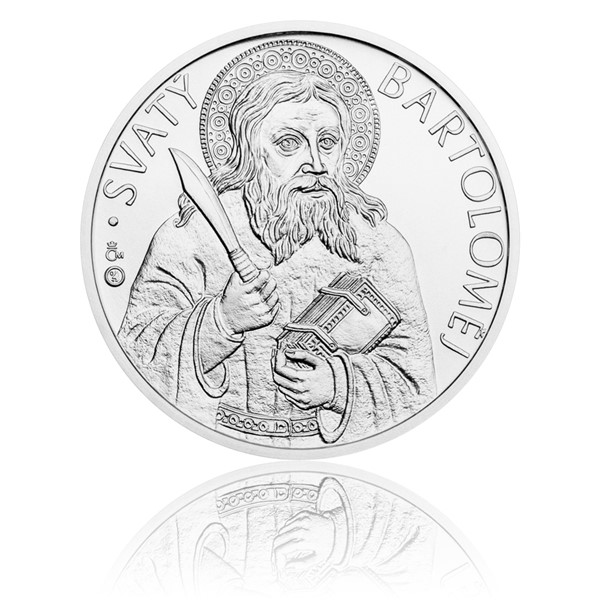 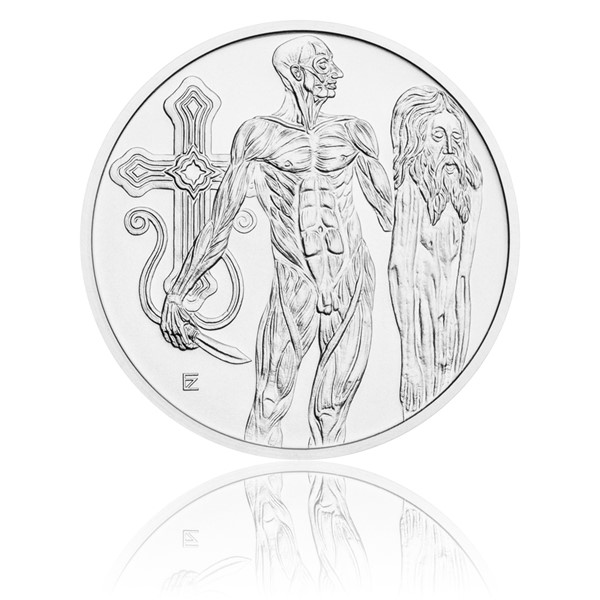 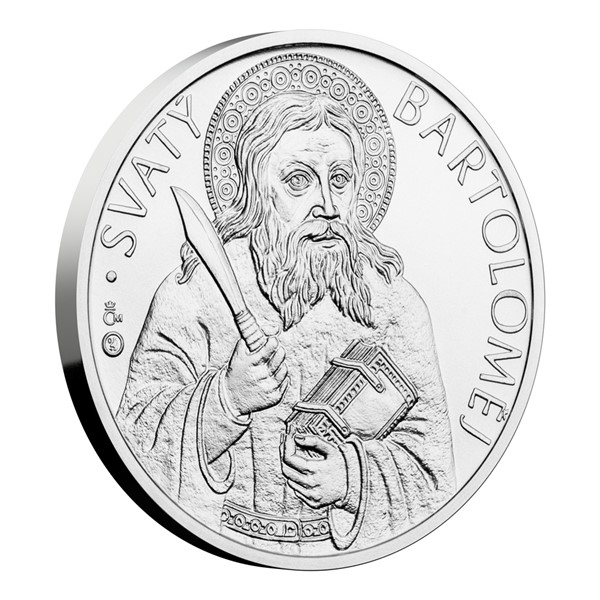 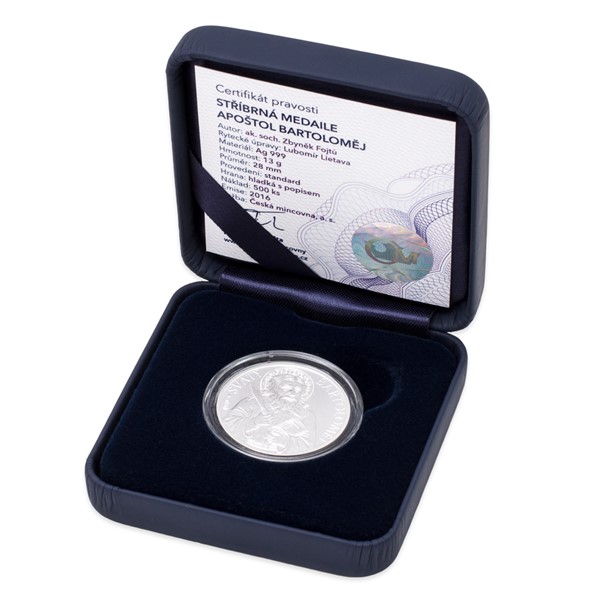 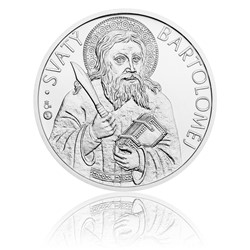 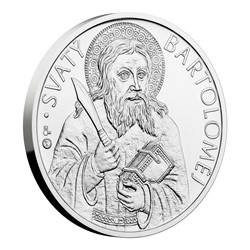 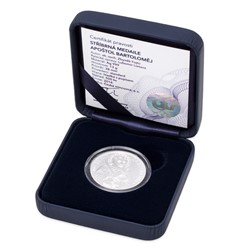 The apostles did not have an easy life, and by deciding to spread the new faith in a grudging time, they signed the the death sentence themselfs. It was their martyrdom death, that preached the Christian message more than anything else.

No exception was an apostle Bartholomew, to whom belongs the sixth issue of the series of silver commemorative medals.

Bartholomew, whose real name was Nathanael, was a close friend of another apostle - Philip - who brought him to Christ.

The Son of God especially appreciated the sincerity and nobility of his apprentice: "Jesus, when he saw Nathanael coming, said: 'This is an Israelite indeed, in which there is no deceit.'"  Bartholomew spread the Christian faith with great fervor. He has successfully introduced it in the Arabian Peninsula and in the current Turkey and some evidence even suggests, that his teachings reached as far as into India. A fateful became his apostolic voyage to Armenia, where he miraculously got rid of the king's daughter insanity. The leader, his court and his peasants believed in the power of the Christian savior out of gratitude, but the pagan priests, headed by the king's brother refused to accept a foreign faith. They arrested the apostle, brutally tortured him and then subjected him to the Persian death penalty - Bartholomew was flayed alive. His remains were spread throughout Europe in the following centuries, where St. Bartholomew is still one of the most popular saints. Charles IV. also gained their part for the St. Vitus Cathedral.

The obverse side of the medal, which emerged from the studio of a popular medalist and academic sculptor Zbyněk Fojtů, represents the apostle with a halo and two distinctive attributes - a book and a tanning knife. In the Middle Ages the legend of the martyrdom of St. Bartholomew was very popular and well-wishers of his cult began to show their patron with a knife in the right hand, and his own skin in his left hand. In this spirit is also processed the reverse side of the medal, which is also detailed studies of human anatomy. The figure of the saint's martyrdom is complemented by the Christian cross.

All twelve disciples of Jesus can be saved in an engaging collector's album stylized into Scripture, which contains the monumental Da Vinci's fresco of the Last Supper and the individual apostles represents as patrons and protectors. You can find it in the menu of the Czech Mint. 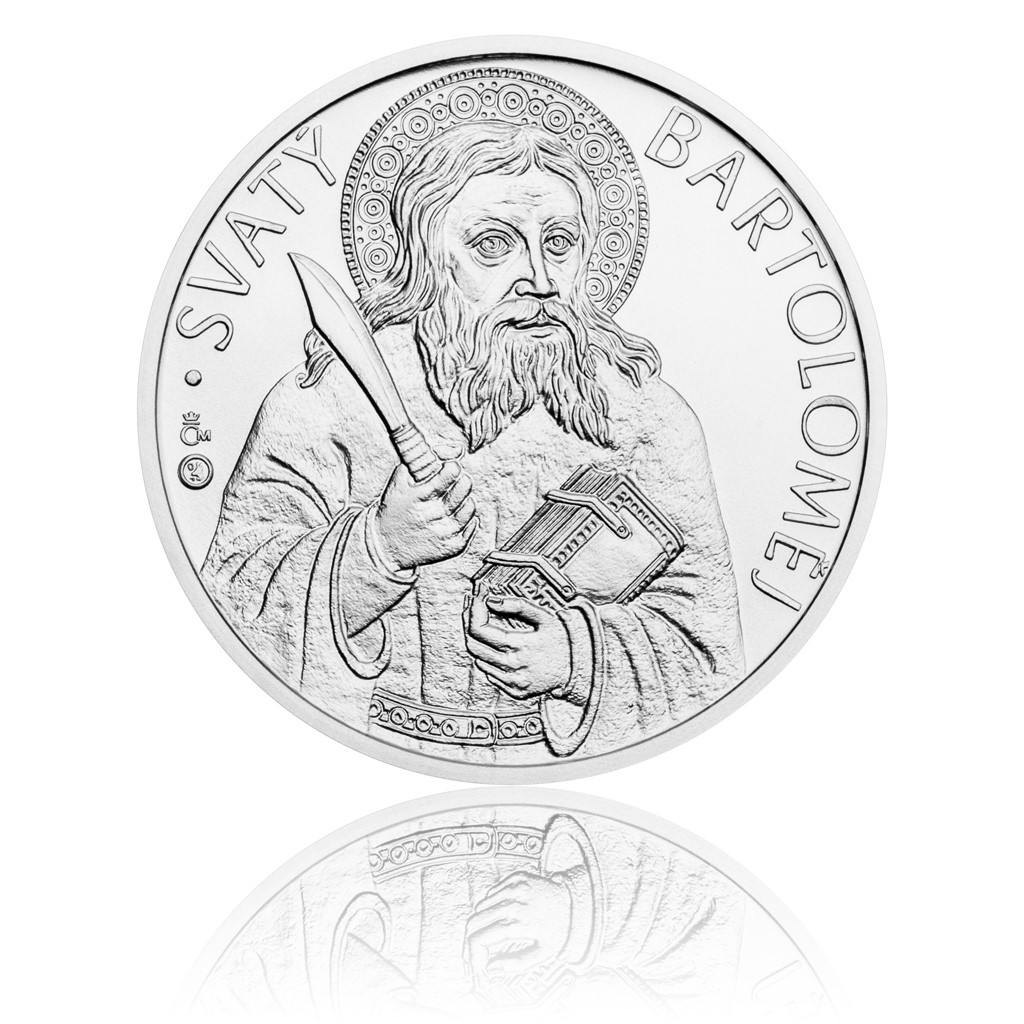 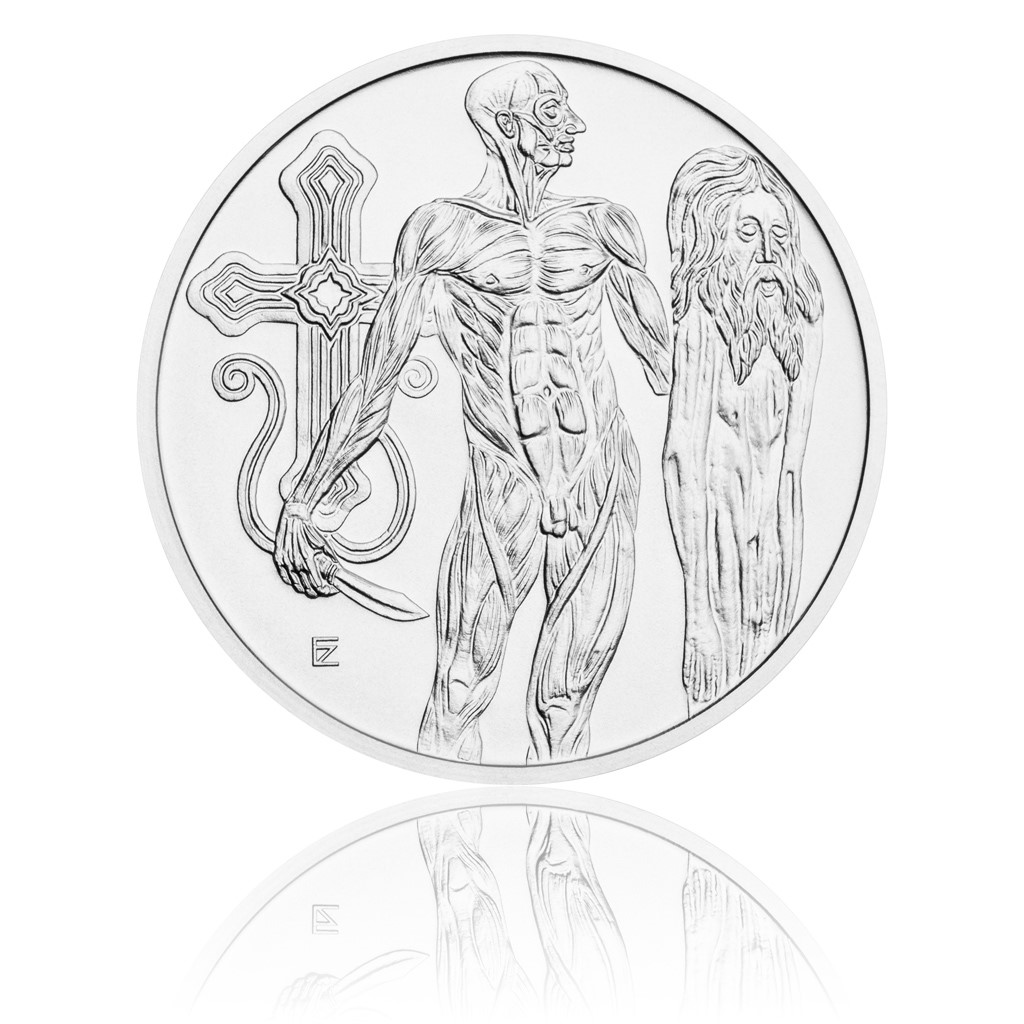 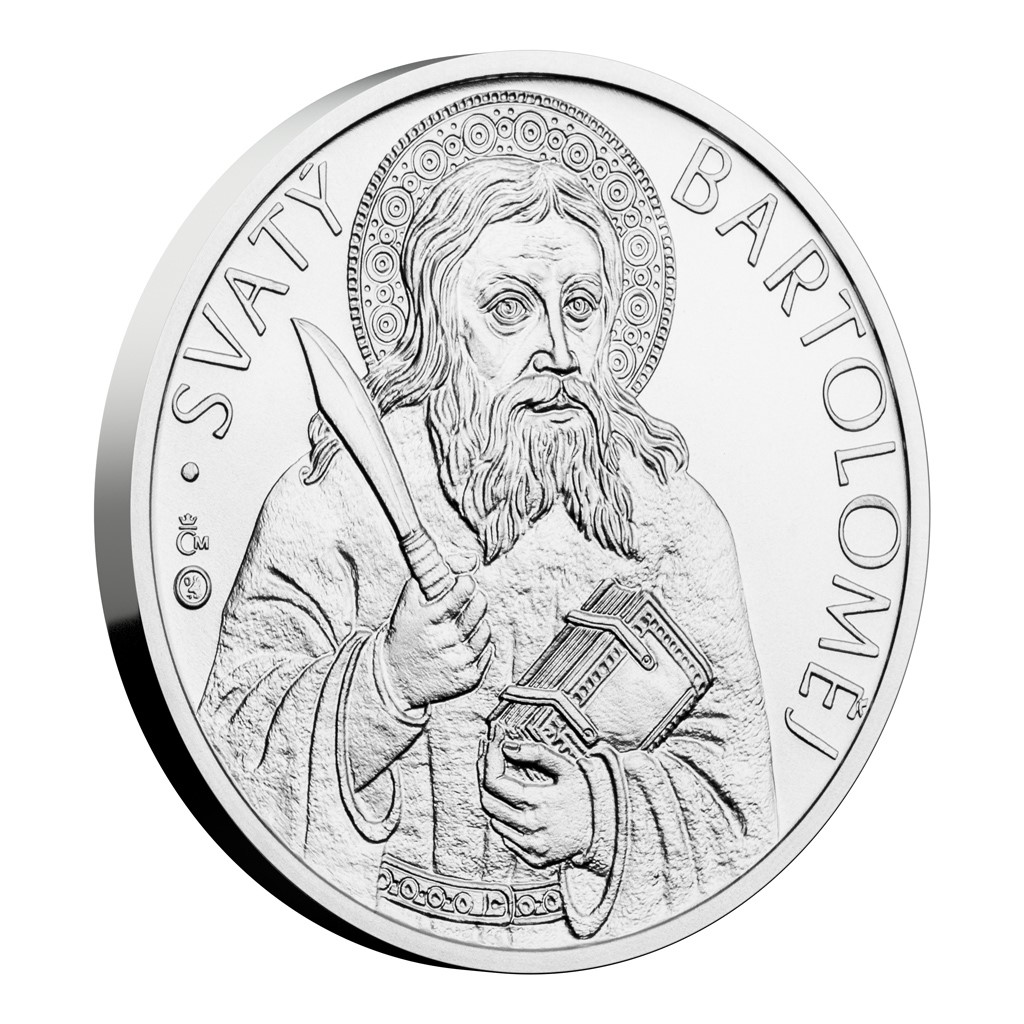 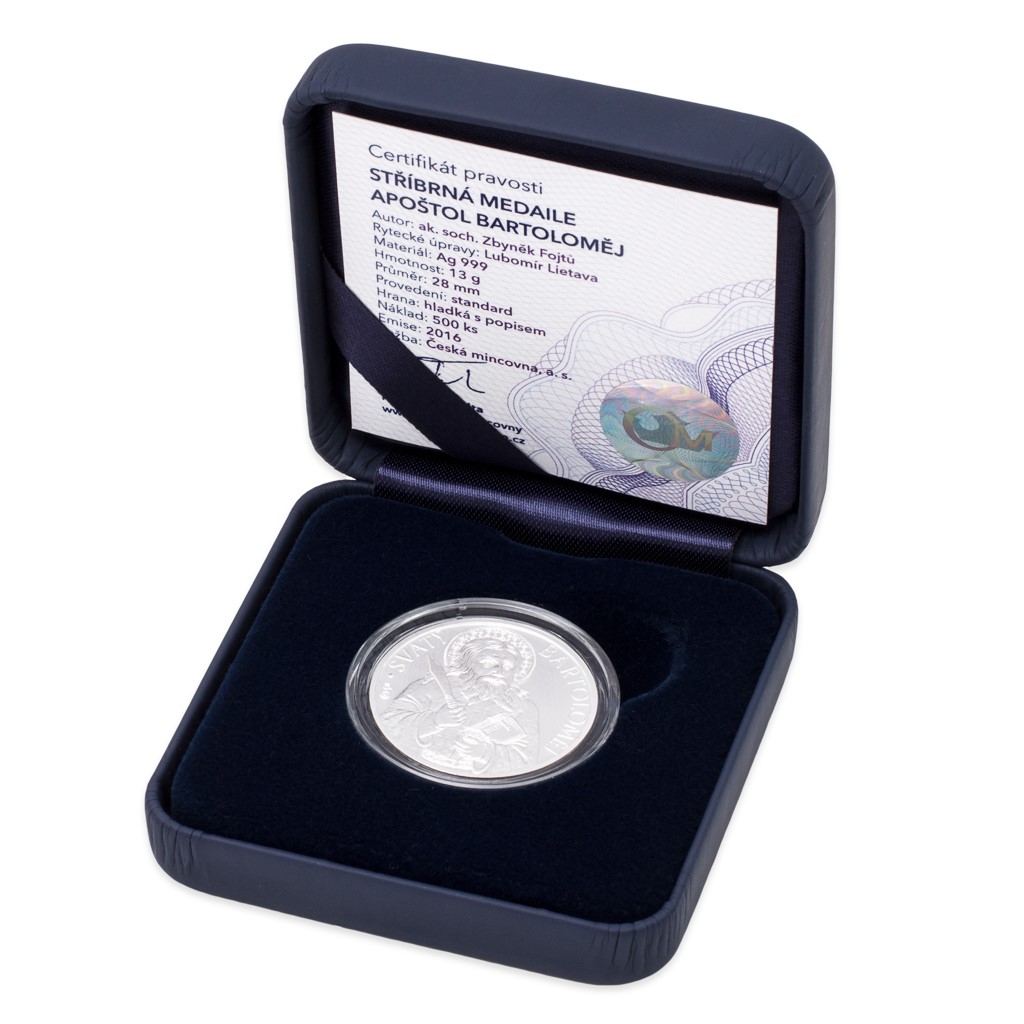