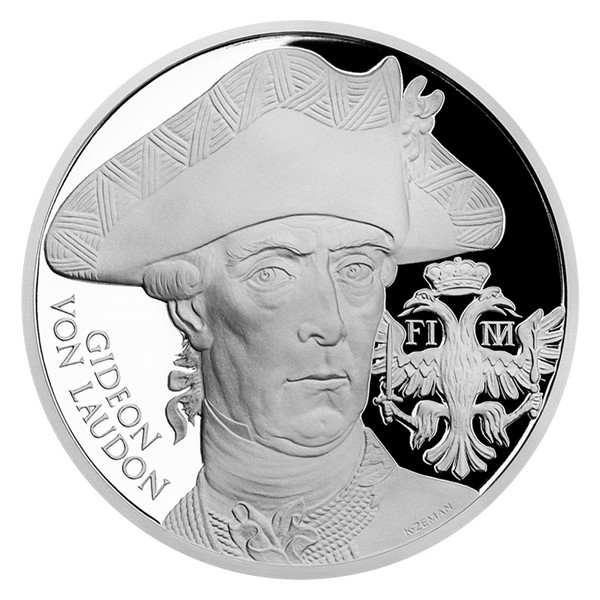 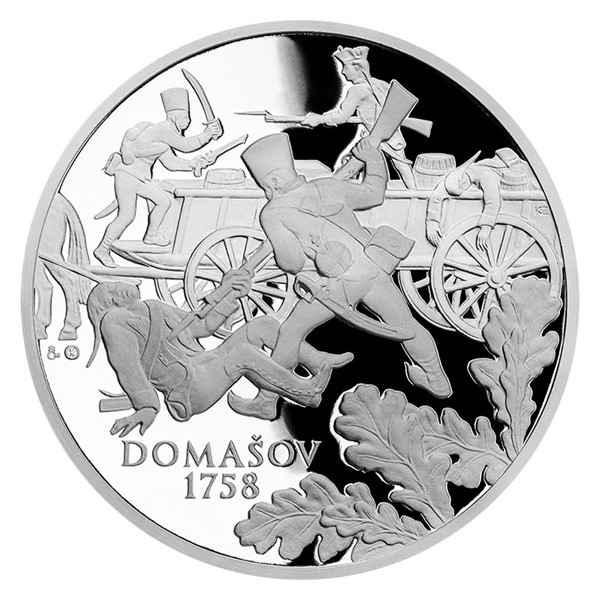 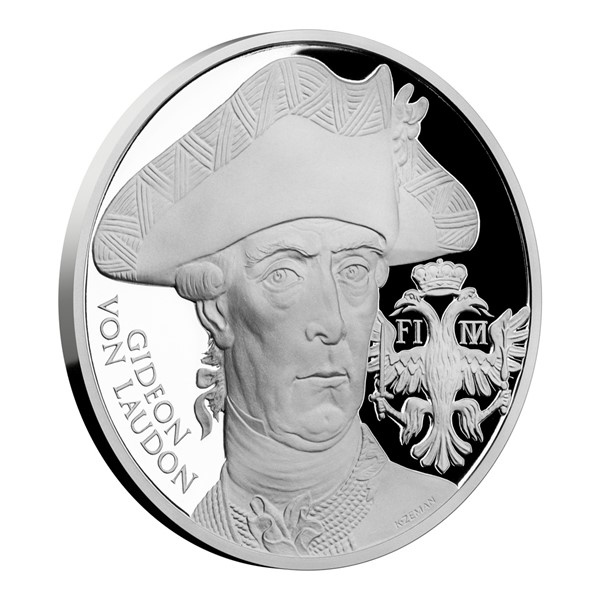 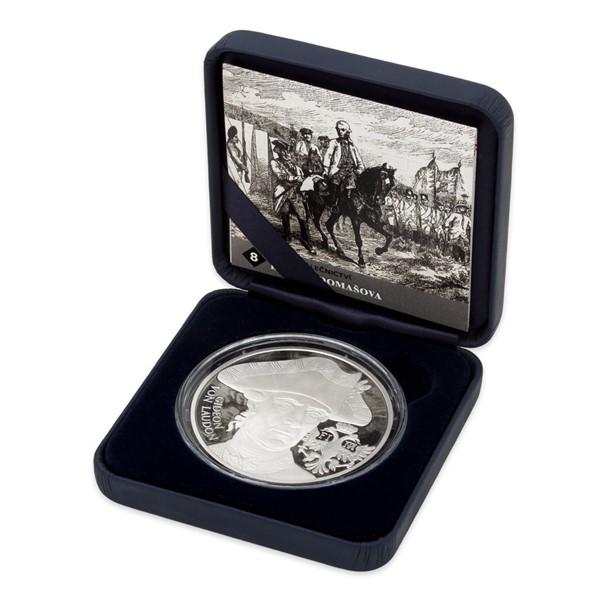 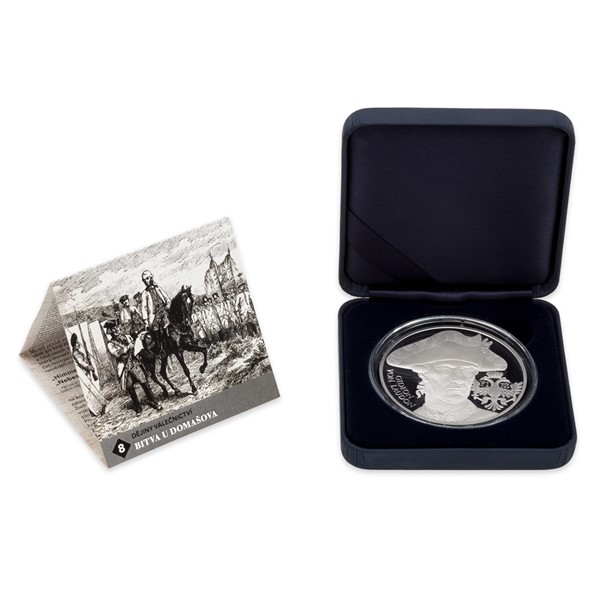 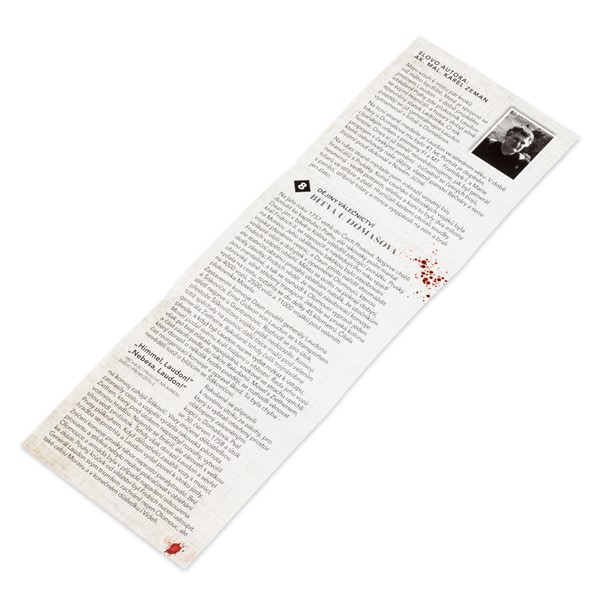 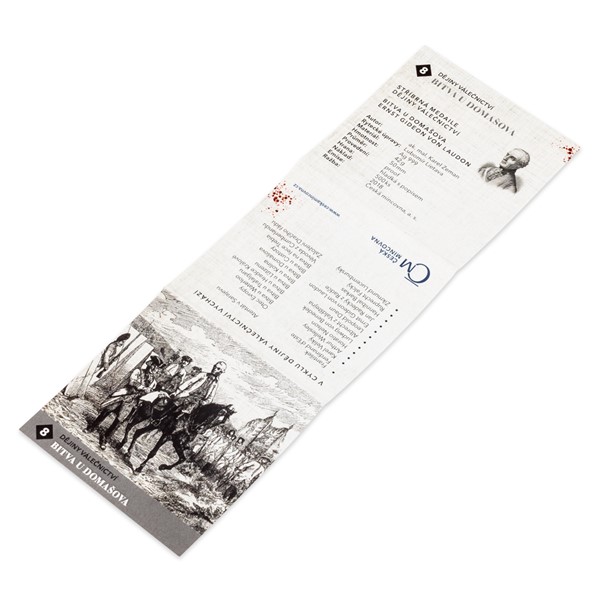 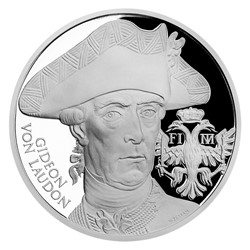 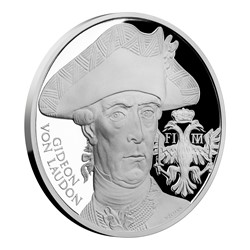 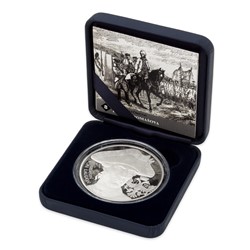 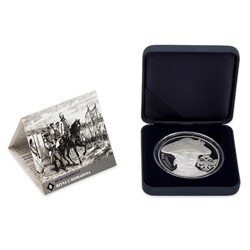 The academic painter Karel Zeman presents another crucial battle of the Seven Year´s War after the Battle of Cologne. The eighth silver medal from the History of Warcraft cycle commemorates the Battle of Domstadtl.

The Prussians invaded the Bohemia in the spring of 1757. First, they wanted to force Prague to surrender, but the Austrian Field Marshal Daun utterly defeated them in the Battle of Cologne. Prussian King Frederick II. did not learn from that and invaded Moravia the following year. His favorite tactic was to supply troops by plundering villages, and for that reason Daun ordered to gather all corn and cattle in the fortified Olomouc, which was immediately besieged by Frederick. The city was on the brink of conquest, however the brave defenders prolonged the siege till the attackers used up all the supplies. Frederick knew that smaller supply convoys would be vulnerable, so he decided to dispatch a huge, heavily guarded transport towards his men at Olomouc. It extended to a length of 45 kilometers as soon as the Prussian convoy set out. It counted on 4,000 cars, 2,500 oxen and 11,000 soldiers. Daun commissioned General Ernst Gideon von Laudon to stop the convoy. The Austrians under his command prepared for an ambush, for which they chose an open space surrounded by wooded hills near Domstadtl.  The artillery attacked the convoy on June 30, 1758. Cars destroyed by cannonade blocked the way and the Austrian infantry set off. The Prussians, who remained judicious even despite the attack, created a wagon wall. Not only did they defend, but at the same time they made a counterattack with great force. But Laudon had completed the grip of his enemies by a semicircle at that time, and when his gunmen hit the ammunition cars, the Prussian wall burst. Laudon then commanded a ride attack ... The convoy was completely destroyed, Olomouc was saved, and the screams of the Prussians went down in history: "Himmel, Laudon!" - "Heaven, Laudon!"

"Laudon is middle-aged on the obverse side of the medal. He was 41 years old at the time of Battle of Domstadtl. The portrait is complemented by the imperial eagle with the letters FI and MT - Francis I. and Marie Theresa. Today, we do not realize how the general was connected with the Czech lands. He participated in numerous struggles that influenced our history. He owned the estate of Bečváry and he completed his life pilgrimage in Nový Jičín," explains the academic painter Karel Zeman. The author devoted the reverse side of the medal to the final stage of the Battle, when the Austrians managed to gather valuable booty - proviant, ammunition and millions in gold and silver coins.

A special certificate of authenticity with the accompanying word of the author, drawings and historical text is an integral part of each medal. 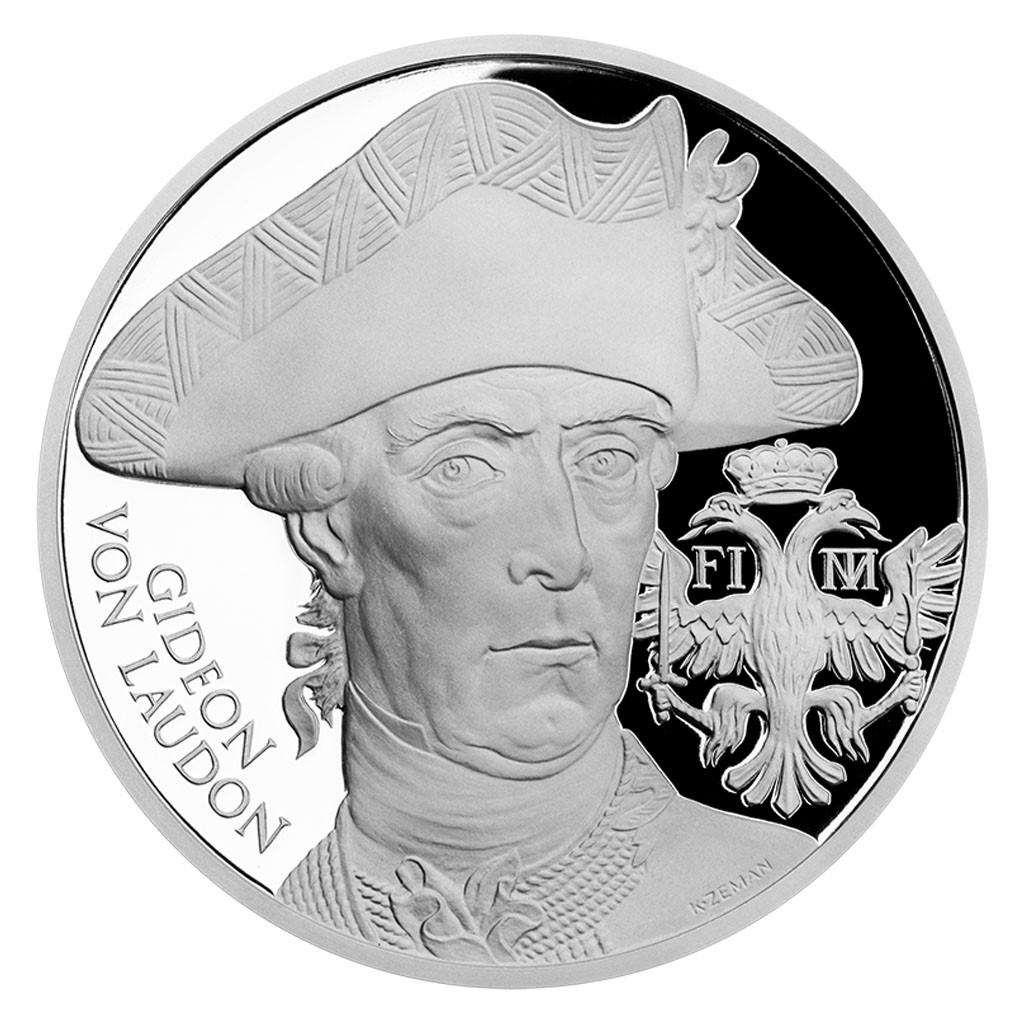 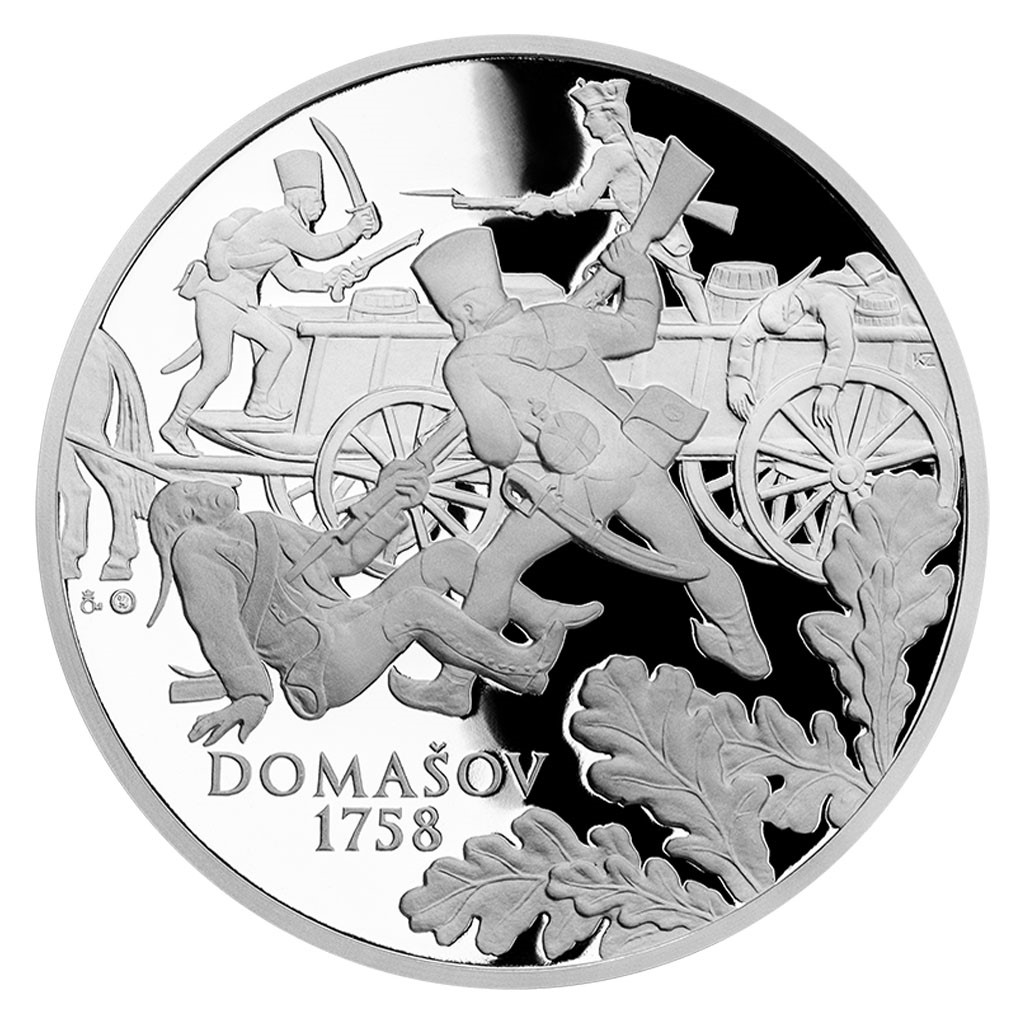 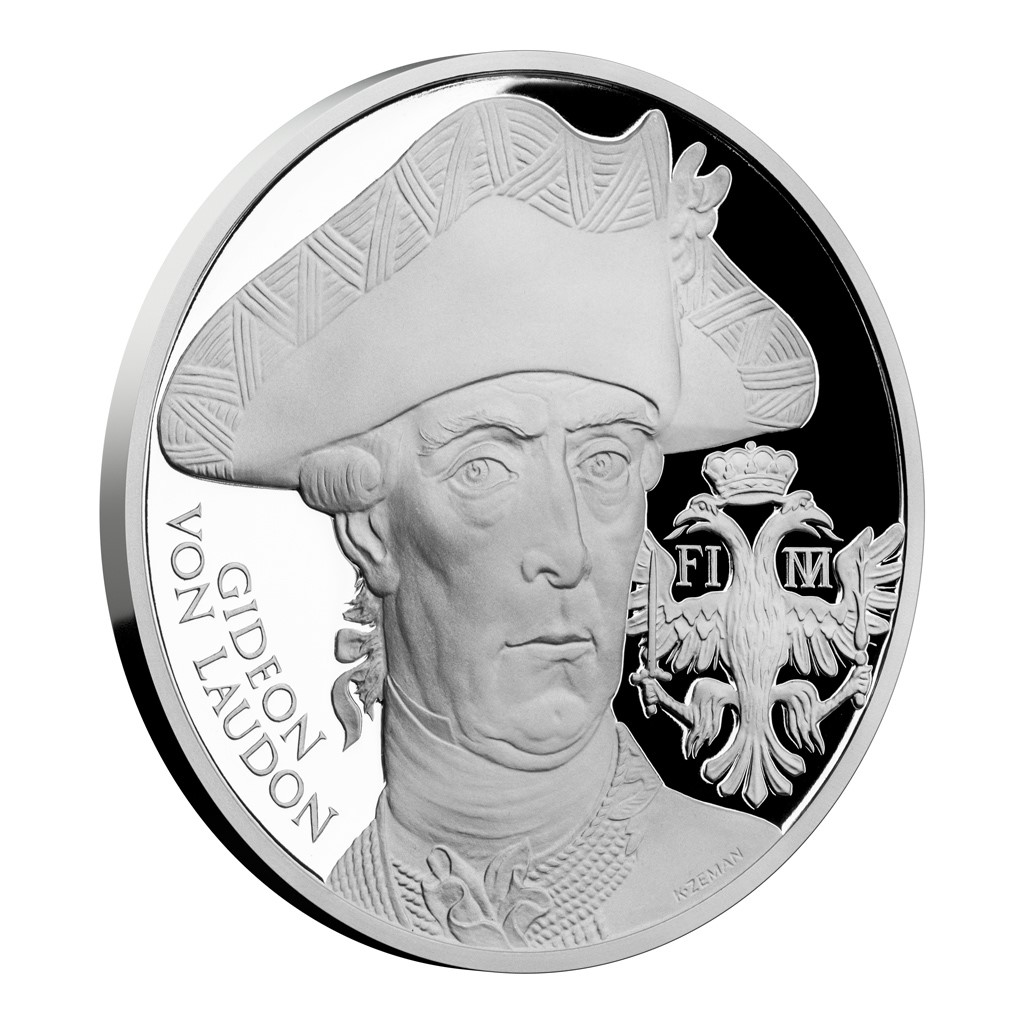 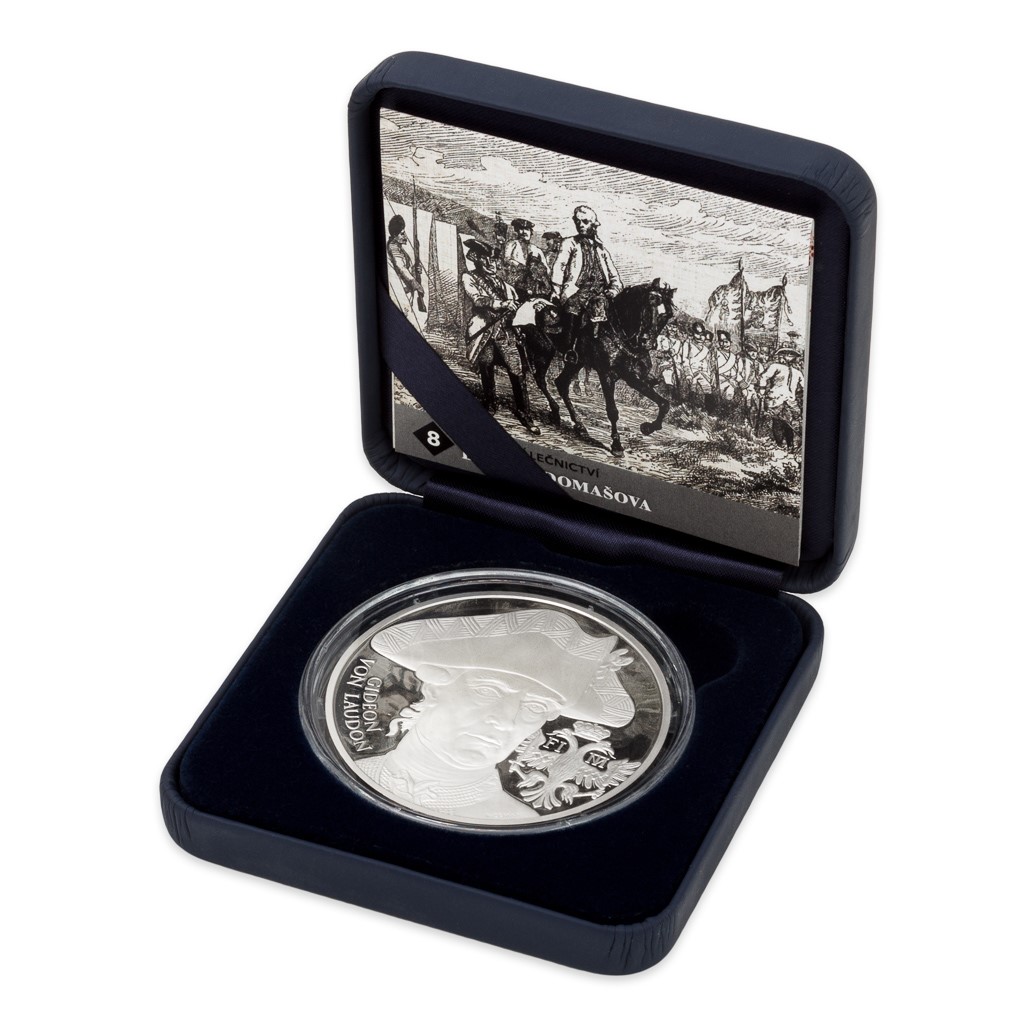 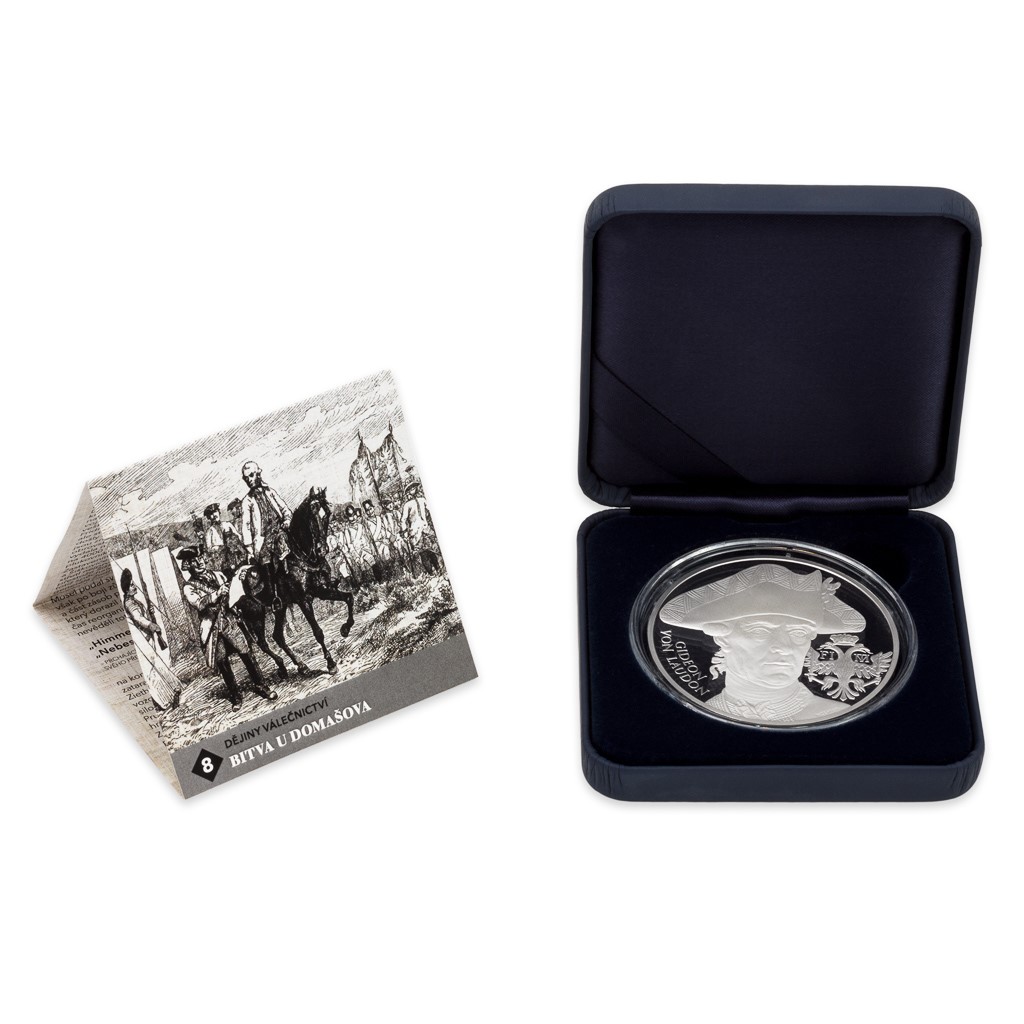 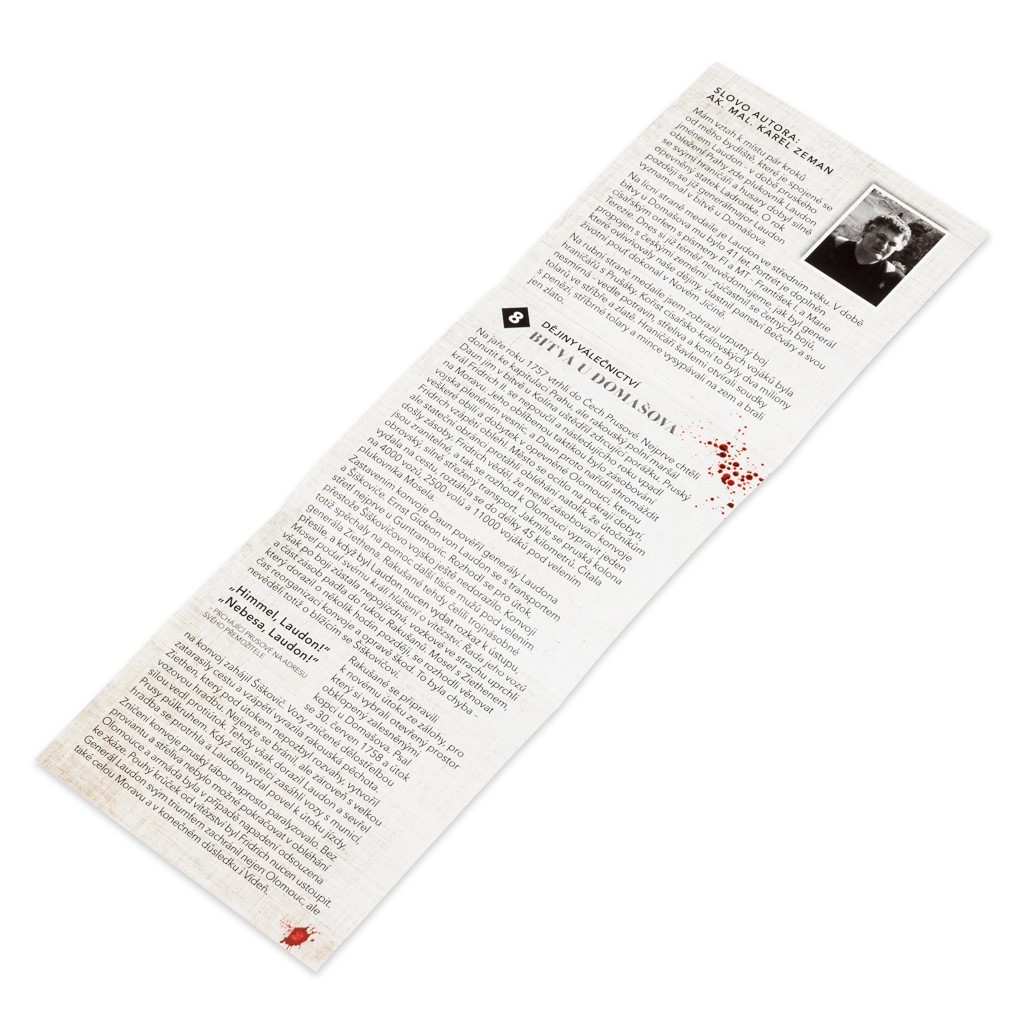 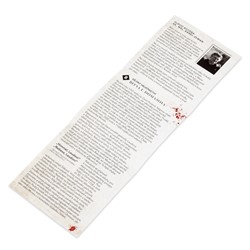 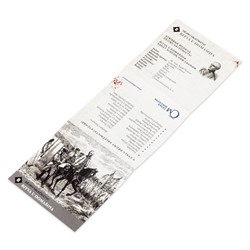