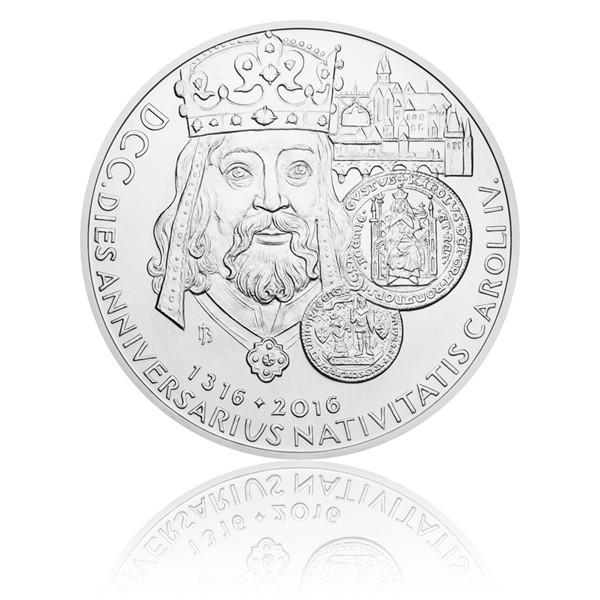 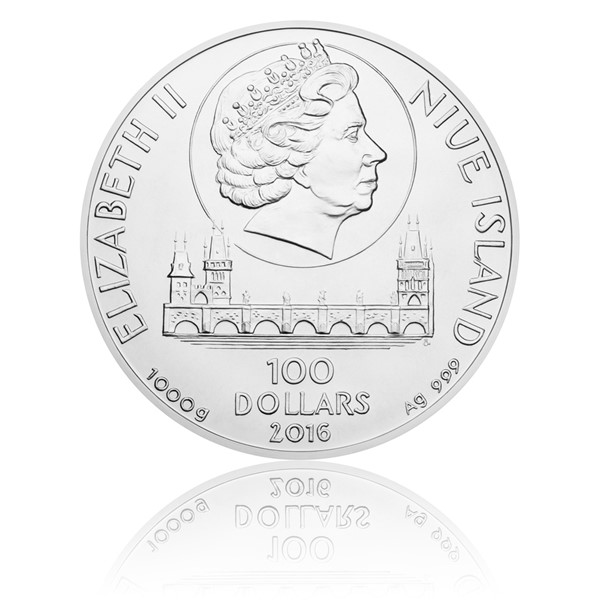 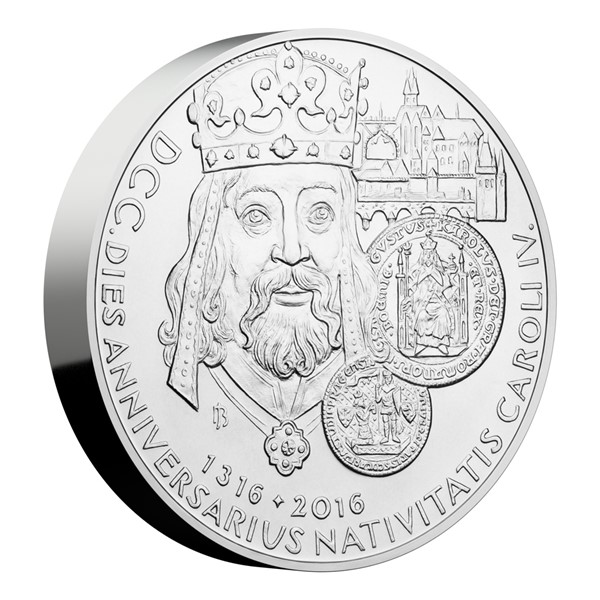 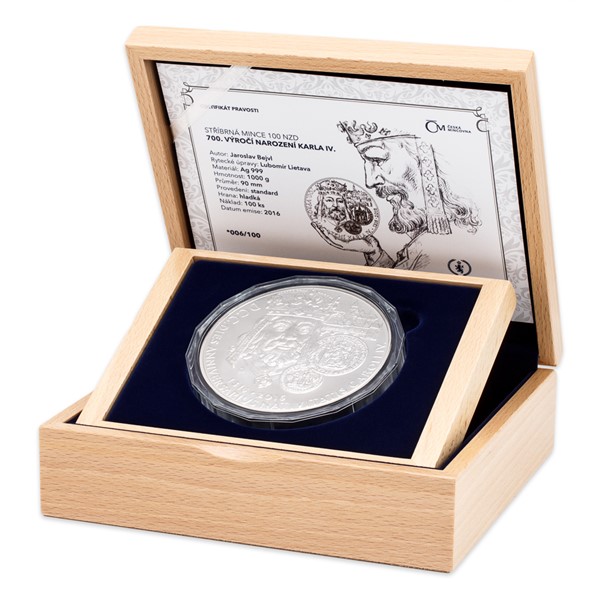 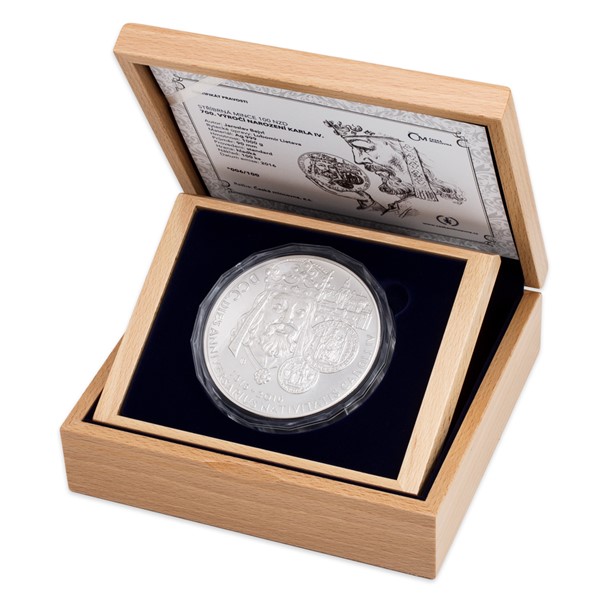 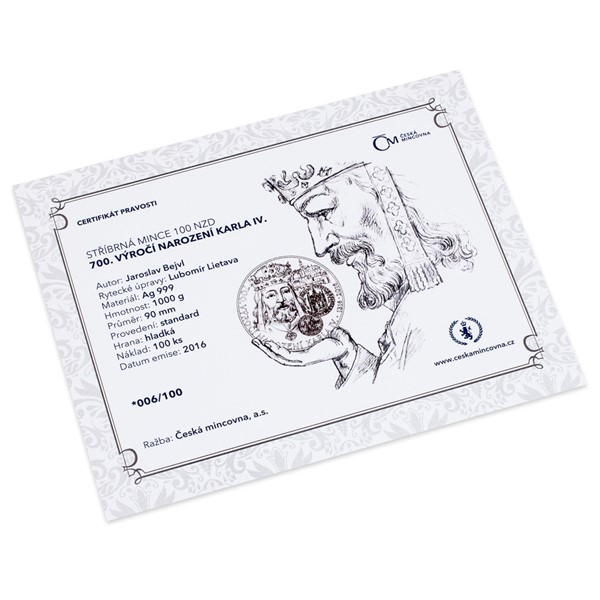 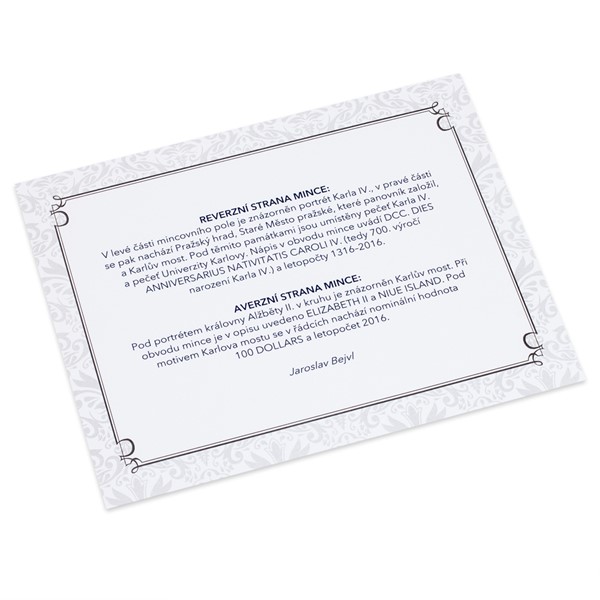 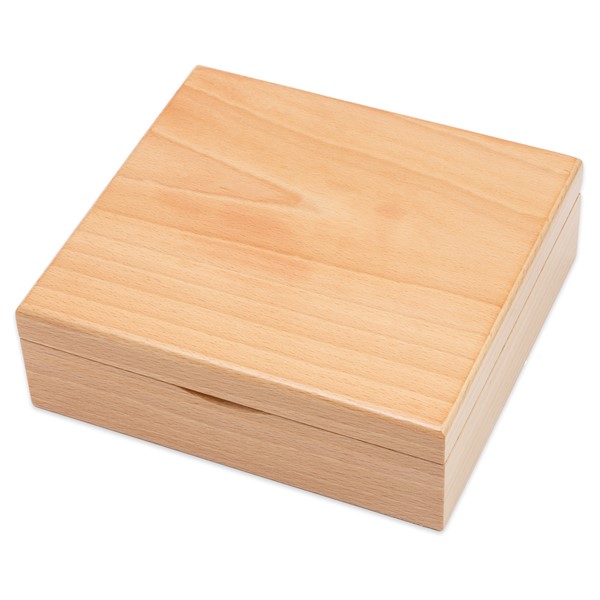 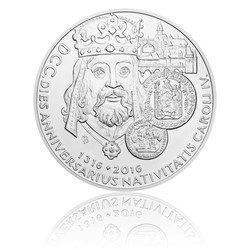 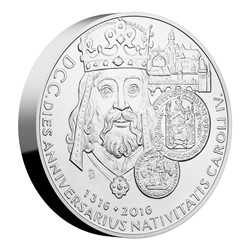 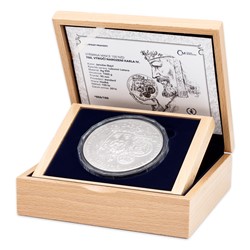 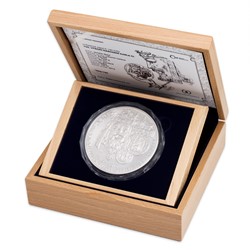 A coins with a portrait of Charles IV. ranks among the most sought after between the numismatists - even more so when we are commemorating 700 years since the birth of the sovereign, on May 14, 2016. The Czech Mint is proud to present the issue, which is based directly on the occasion of this grand anniversary!

This is not just any coin - it is stamped from one kilogram of pure silver and comes in an edition of just 100 numbered pieces.

The author of the visual image of the coin is none other, than the classic of the Czech medal school, Jaroslav Bejvl, who prepared, for example, the two sons of Father of the Nation for the Czech Mint.

The portrait of Charles IV. on the reverse is complemented by a depiction of the Prague Castle, the Old Town, the Charles Bridge and two seals, belonging to the University, and the ruler himself. The inscription on the circumference of the coin presents an annual data 1316-2016 and DCC. DIES ANNIVERSARIUS NATIVITATIS CAROLI IV. - in the translation the 700th anniversary of the birth of Charles IV. The obverse side features the Charles Bridge with all its towers and is accompanied by the necessary attributes of the issuer, the year of the issue 2016 and the nominal value of 100 DOLLARS.

There is no more dignified remembrance of the Father of the Nation, than the commemorative mintage. A part of the kilogram coin is also a luxurious wooden etue and an illustrated certificate of authenticity, that includes an accompanying commentary of the author. 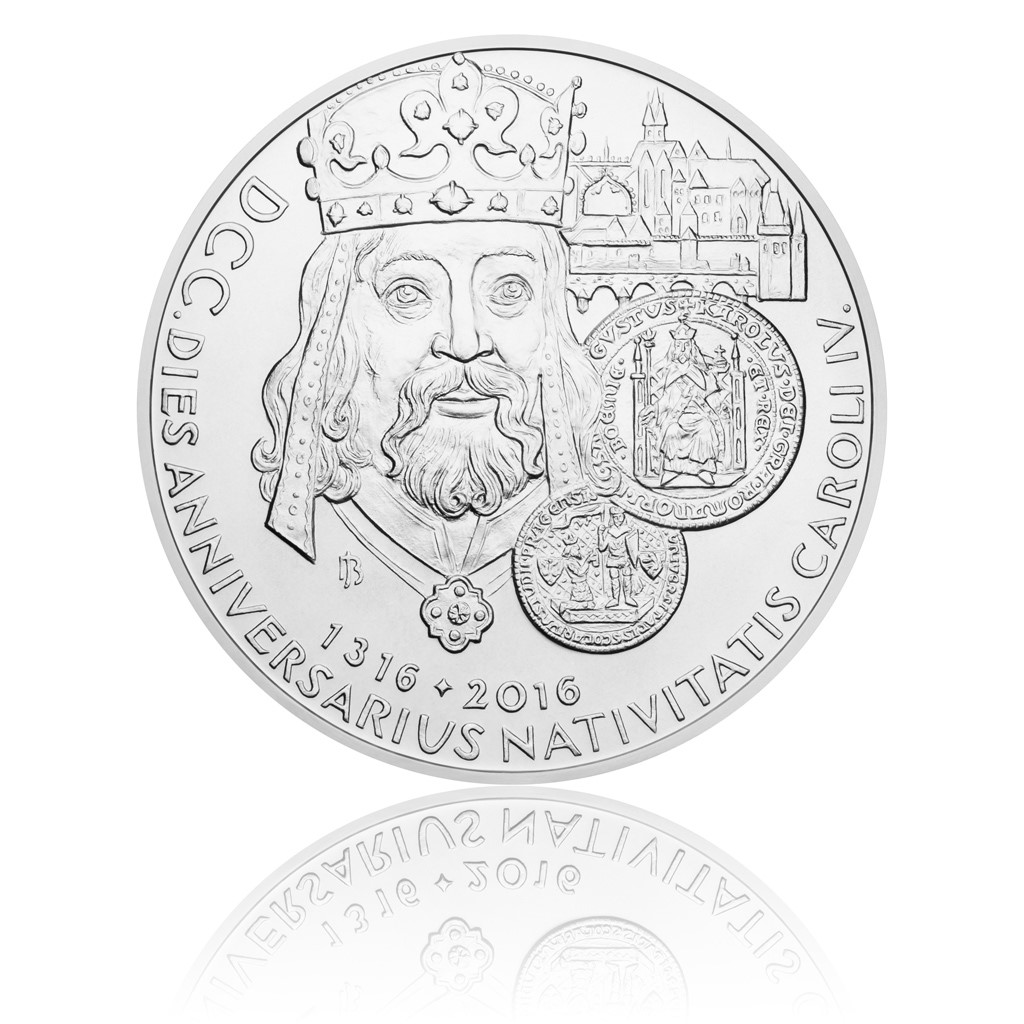 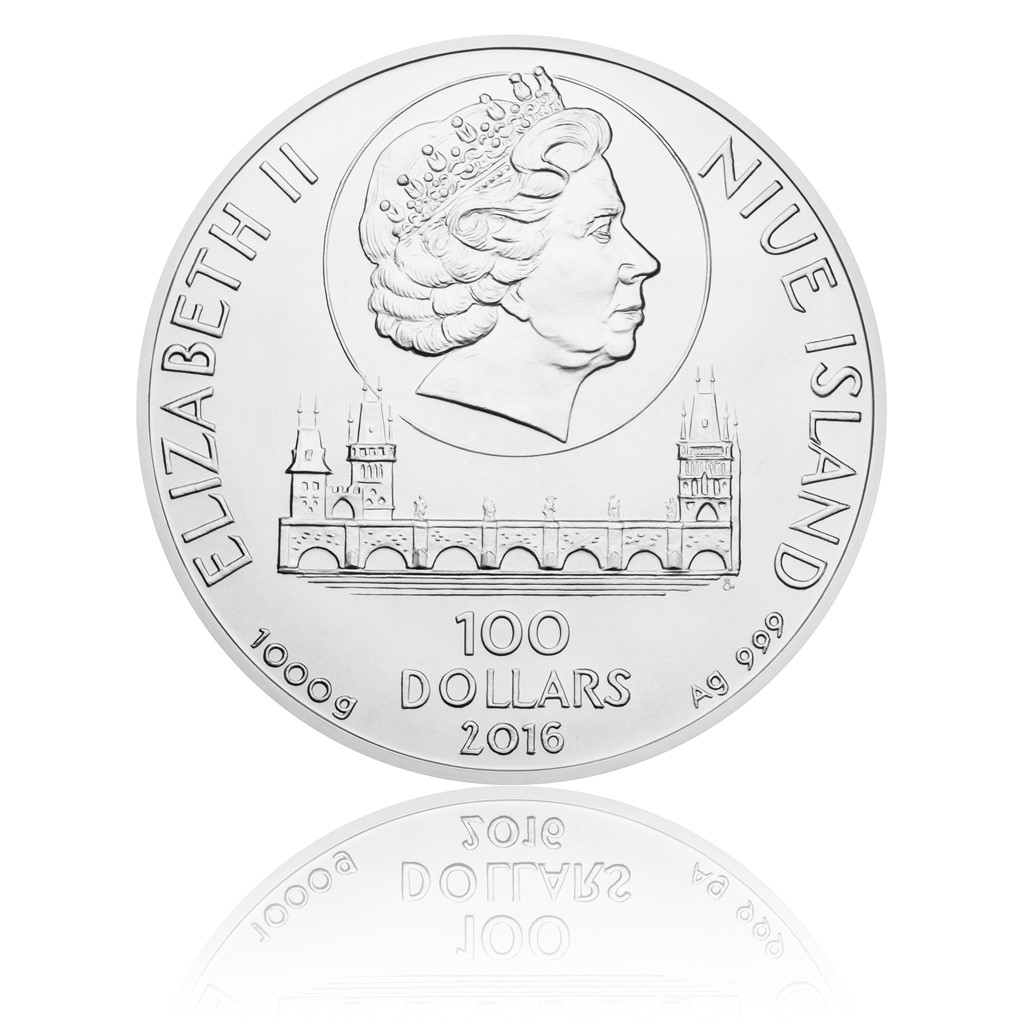 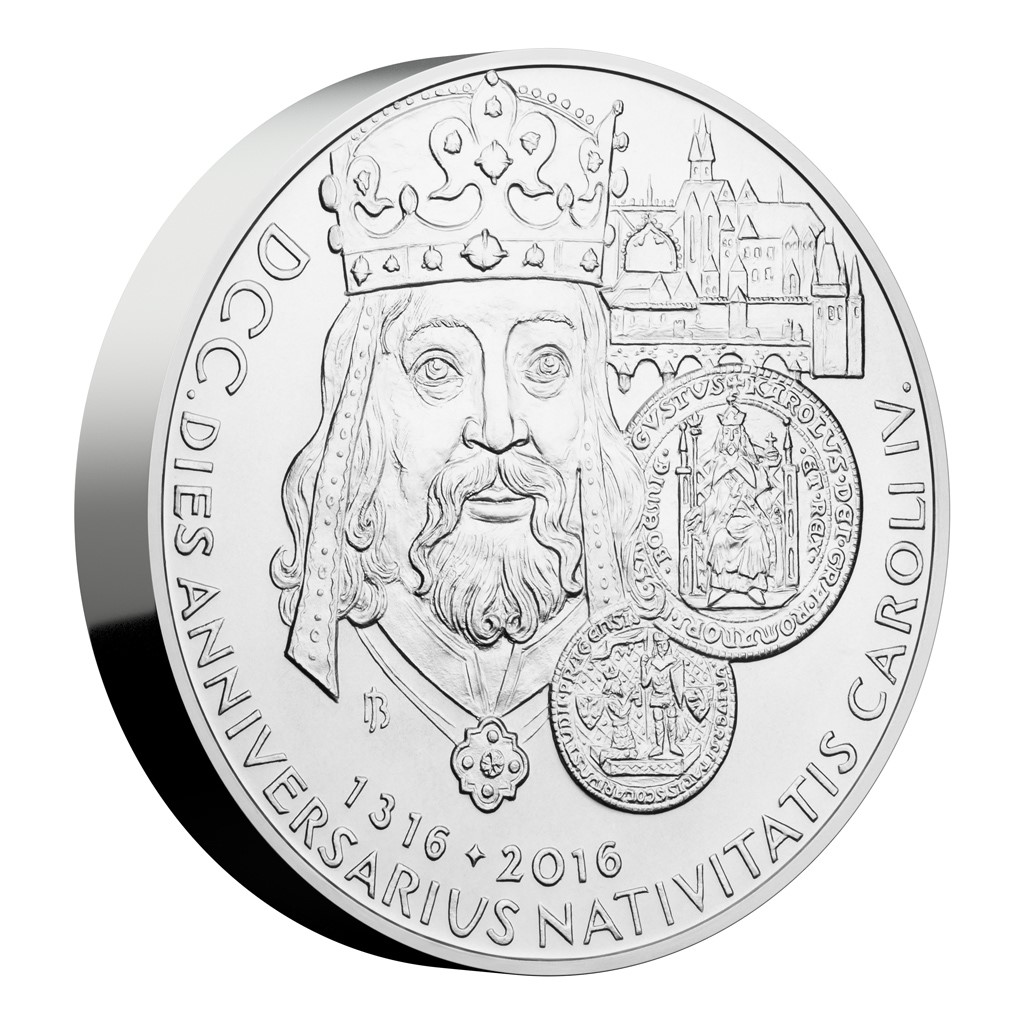 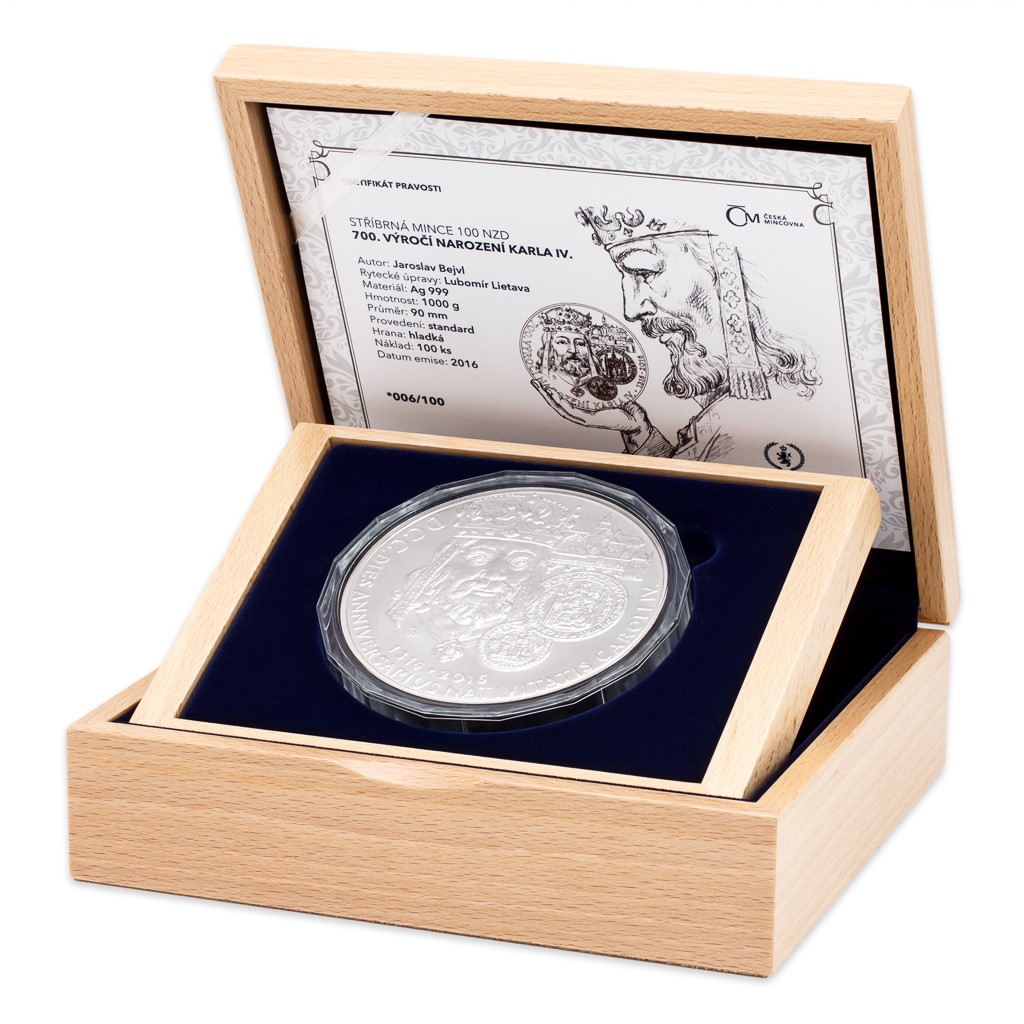 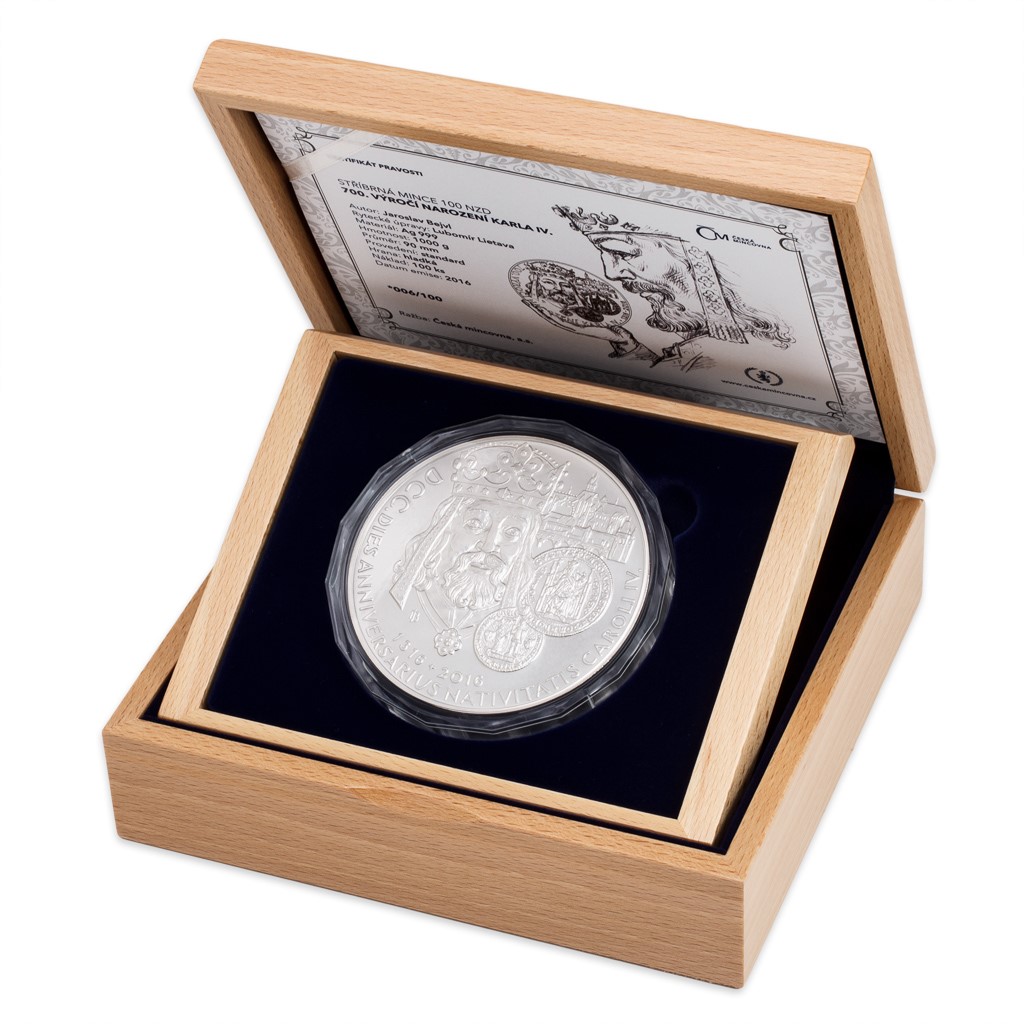 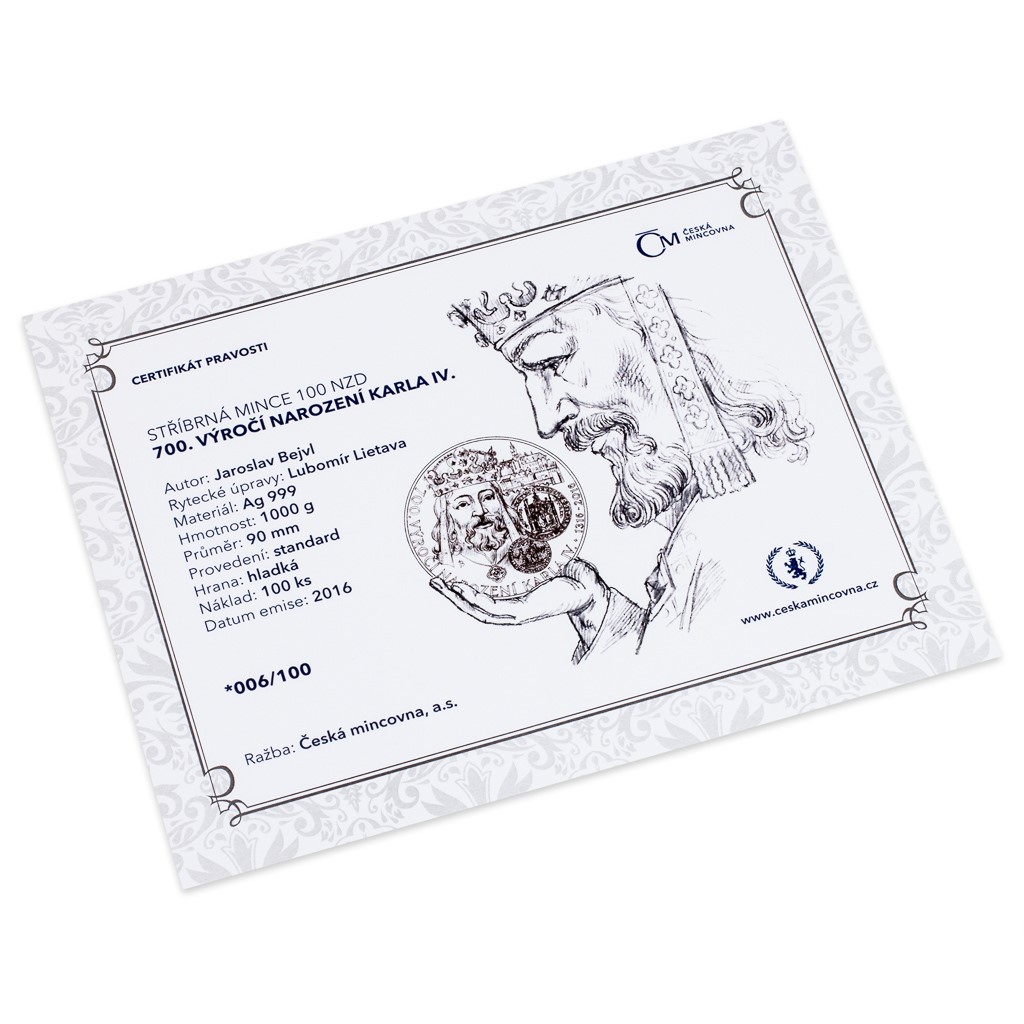 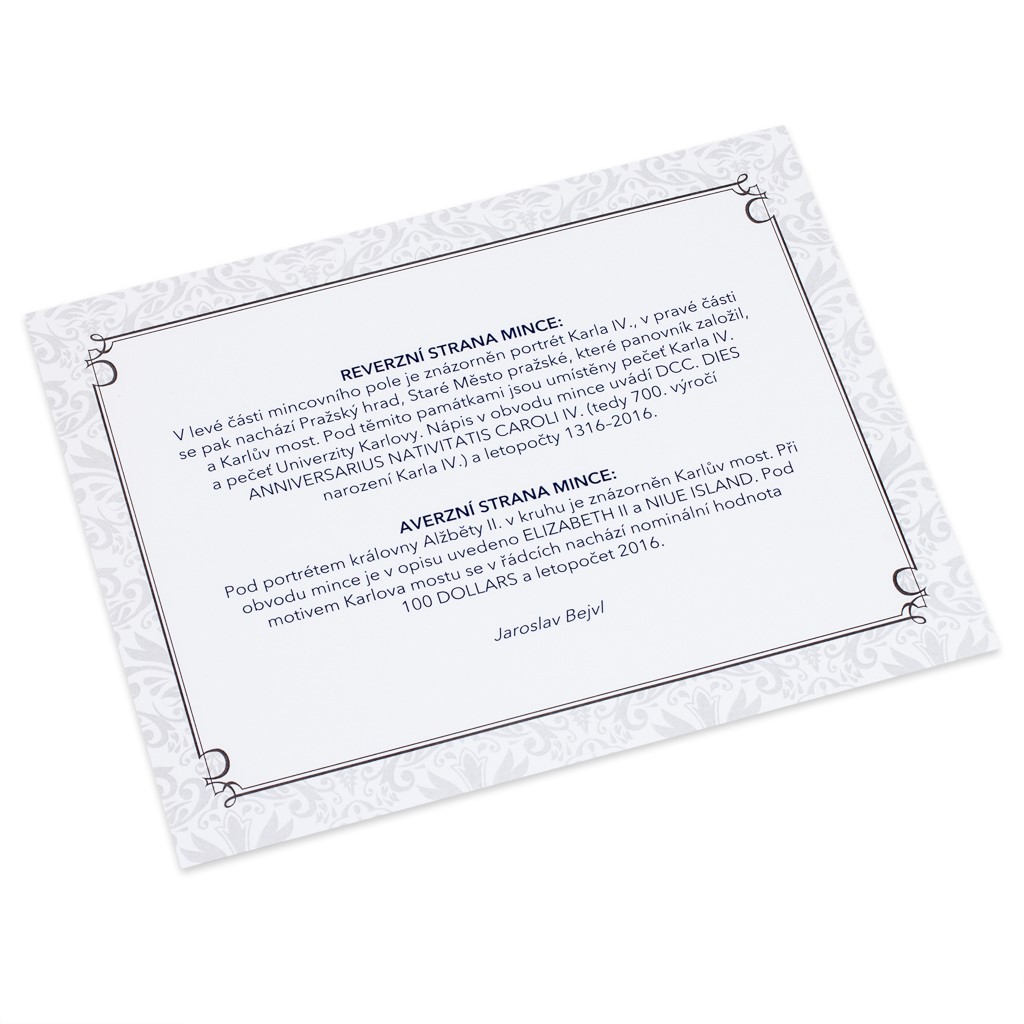 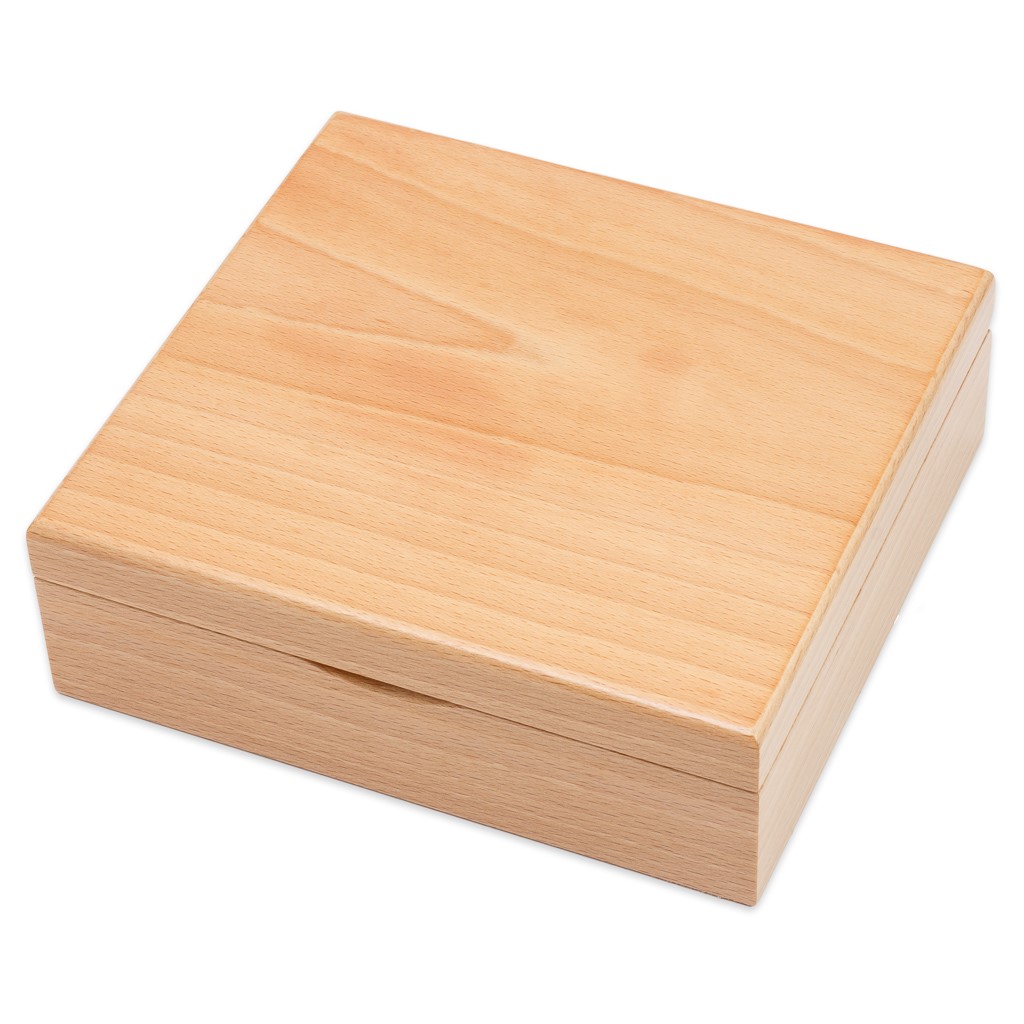 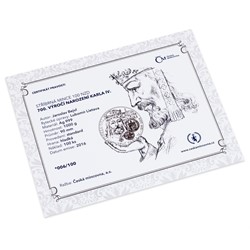 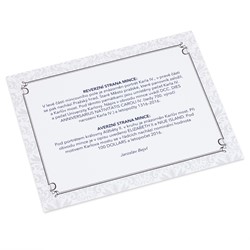 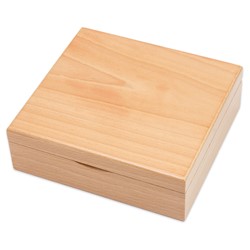