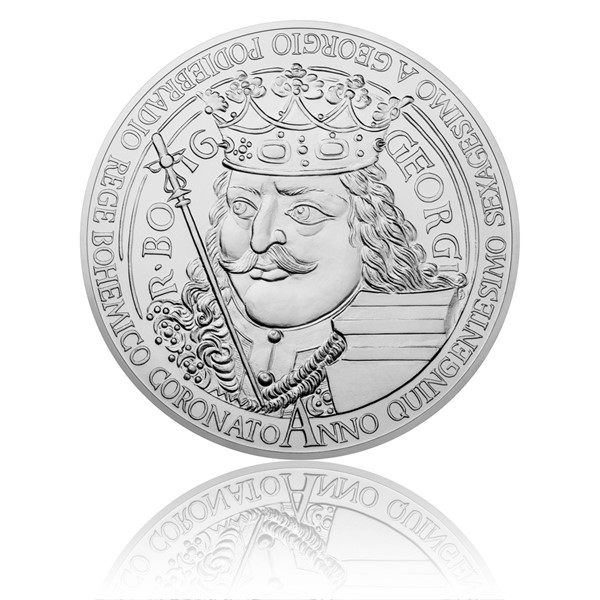 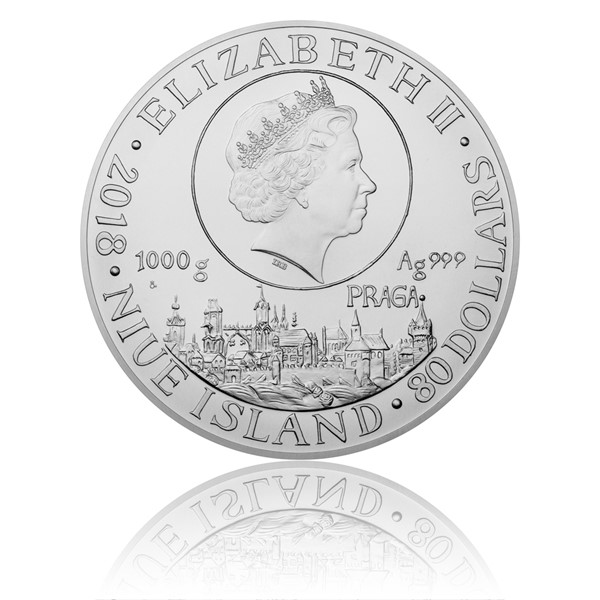 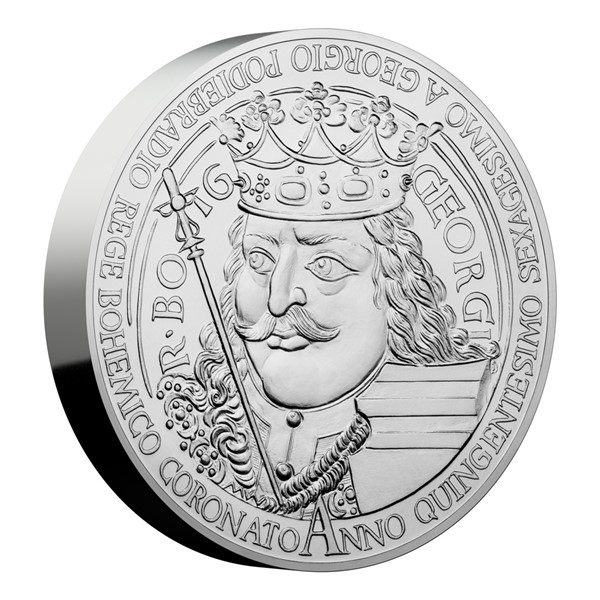 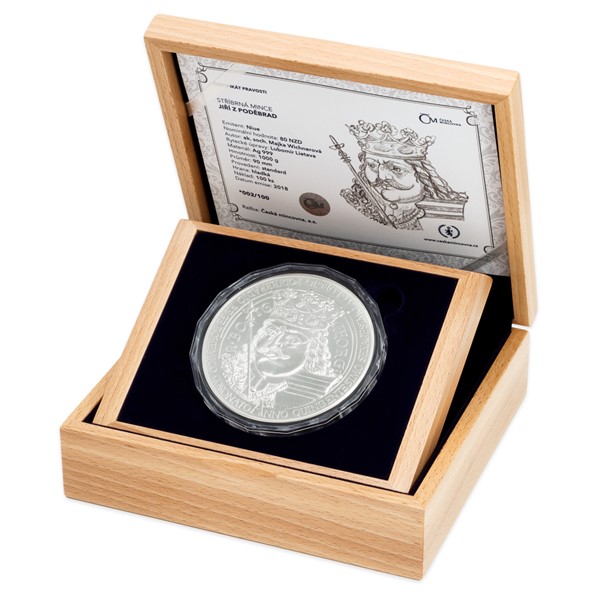 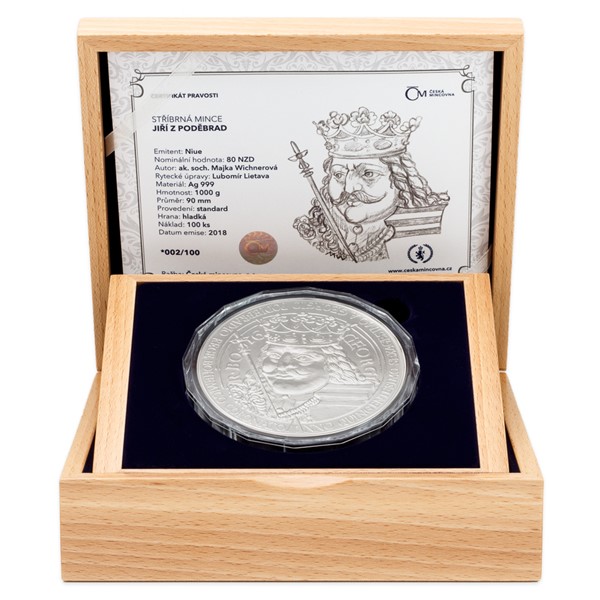 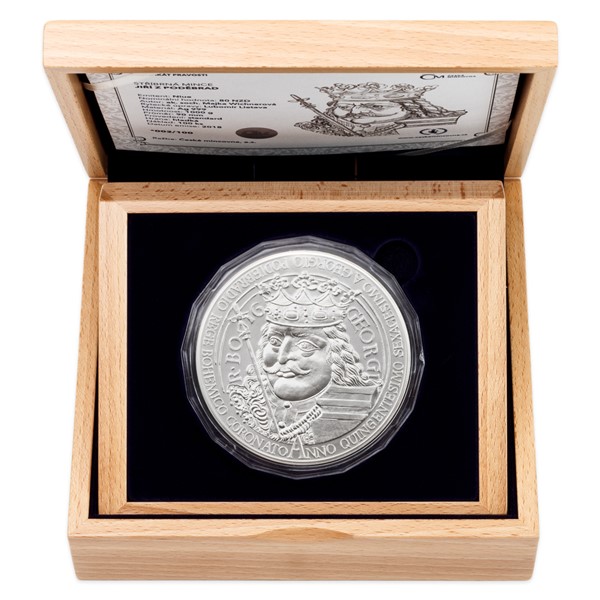 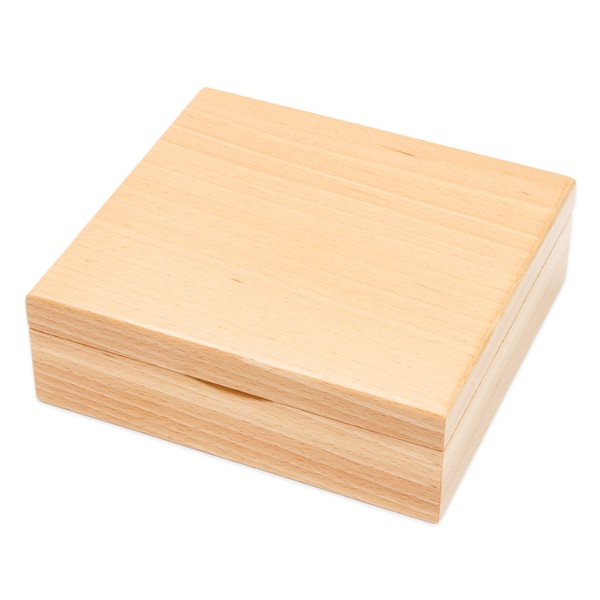 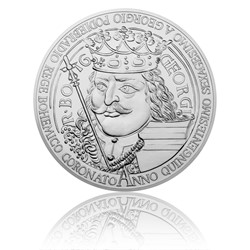 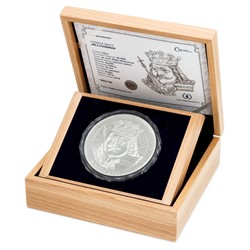 George of Poděbrady was a man of thoughts and breakthroughs, the only Czech monarch who did not come from any dynasty, and the last purely Czech king. Thus, the Czech Mint pays tribute to him with the majestic coin embossed out of one kilogram of pure silver on the occasion of the 560th anniversary of the coronation in 1458.

The era of Hussitism is one of the most famous periods in our history and is associated with extraordinary personalities. The preacher Master Jan Hus and the commander Jan Žižka of Trocnov, famous boomers and rebels are known by every schoolboy. However, it is often forgotten that we still had a Hussite king, great builder and peacemaker. "Man of the short, quadrangle body, white skin, sparkling eyes, loving, obsessed with hussitism, but fair and noble man," wrote Pope Pius II about King George. He was a man of diplomacy, consensus, and compromise at a time when his country was surrounded by enemies. Although he did not get a first-class education, he preferred political wisdom over brute strength and courage on the battlefield. He was a gifted economist and landlord of the kingdom, devoted husband and father. He united a religiously divided country, wished peace throughout Europe, and was far ahead of his time when he became the forefather of ​​European integration idea.

The leading medal maker academic sculptor Majka Wichner became the author of the kilogram coin. She was inspired by the portrayal of George from Poděbrady in Kuthen's chronicle from the 16th century when creating a portrait on the reverse side, A shield with three horizontal stripes belongs to the Lords of Kunštát and Podebrady. The Latin inscription "ANNO QUINGENTESIMO SEXAGESIMO AND GEORGIO PODIEBRADIO REGE BOHEMICO CORONATO" means five hundred and sixty years since George of Podebrady was crowned the Czech king. The commemorative coins of the Czech Mint are based on the license of a foreign publisher, which is Niue Island. Therefore the obverse side bears its necessary attributes, which are the portrait and the name of Queen Elizabeth II, the nominal value of 80 DOLLARS (NZD) and the year of the issue 2018. The composition is supplemented by view of Prague, where he was crowned and buried.

The coin comes in a load of only 100 pieces. It is stored in a luxury wooden box that contains a numbered certificate of authenticity with an illustration by Majka Wichner. 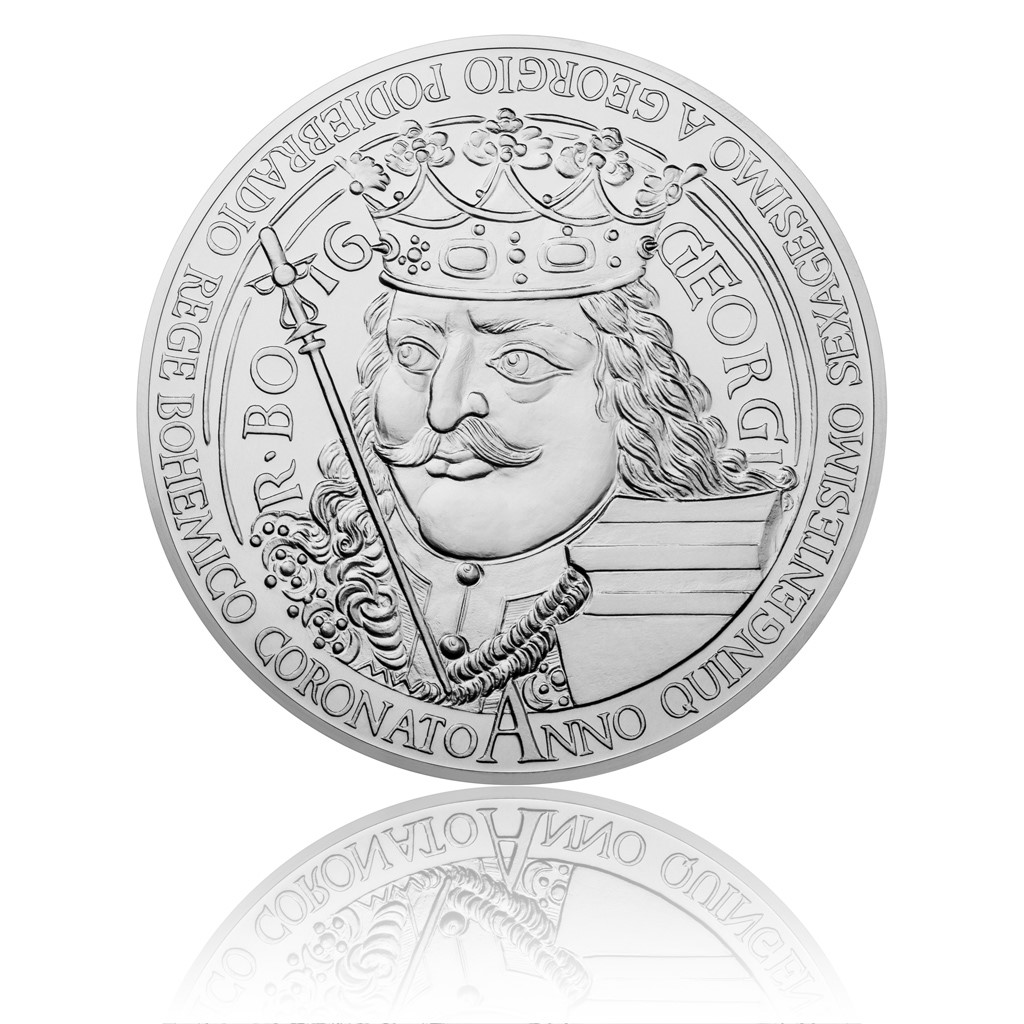 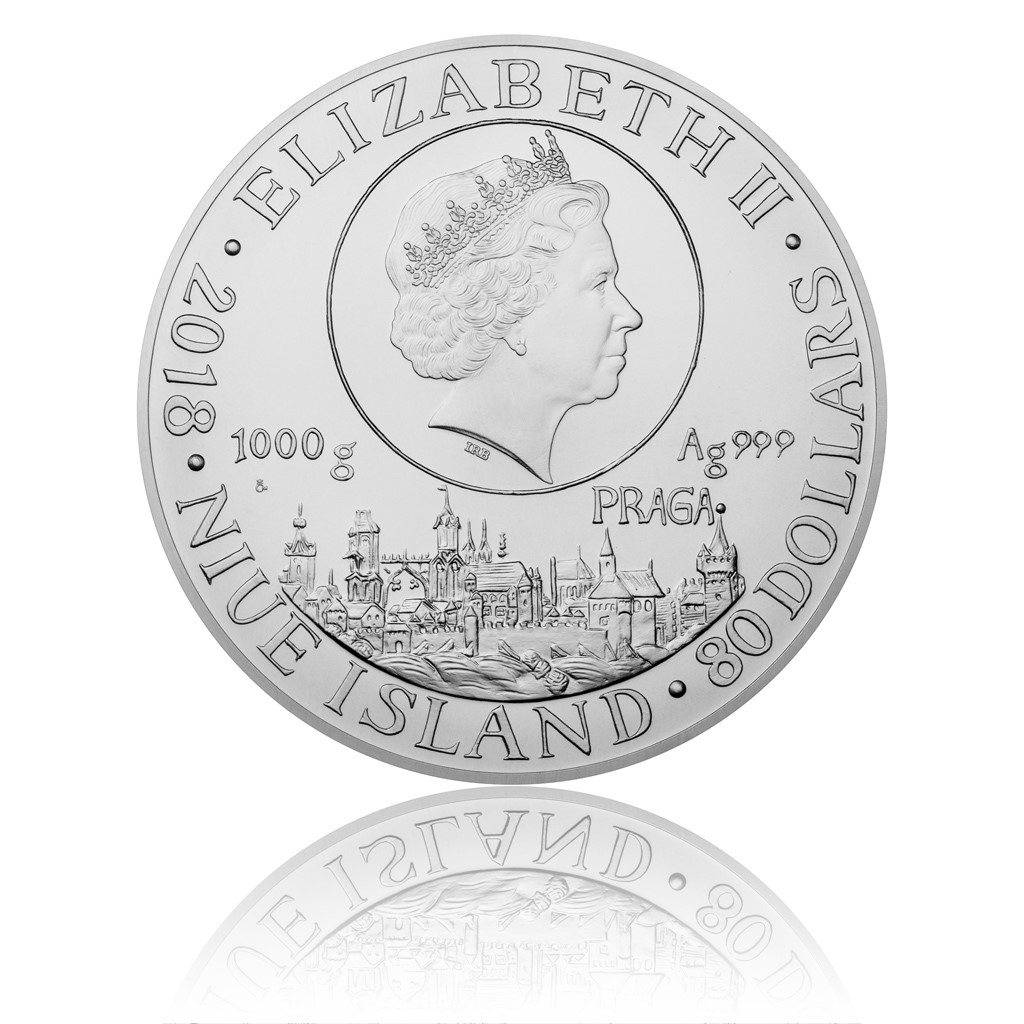 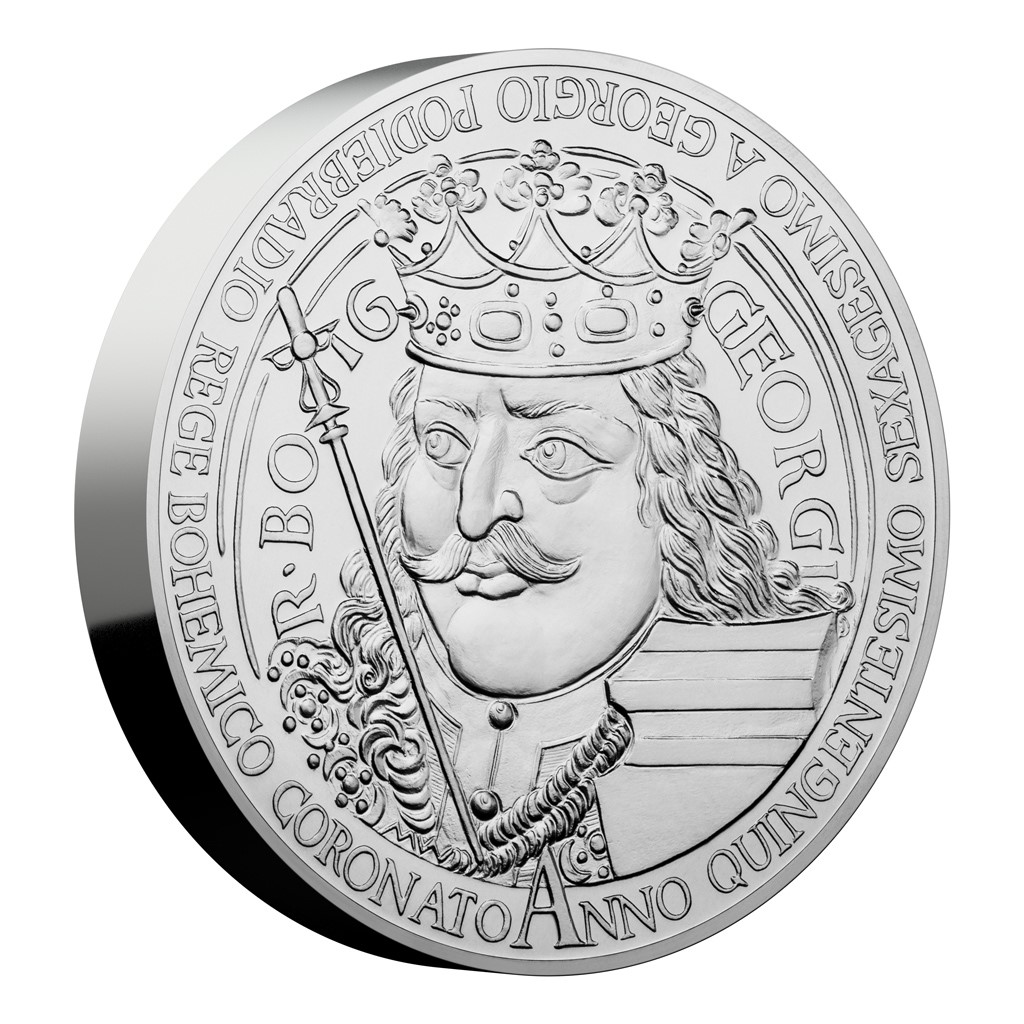 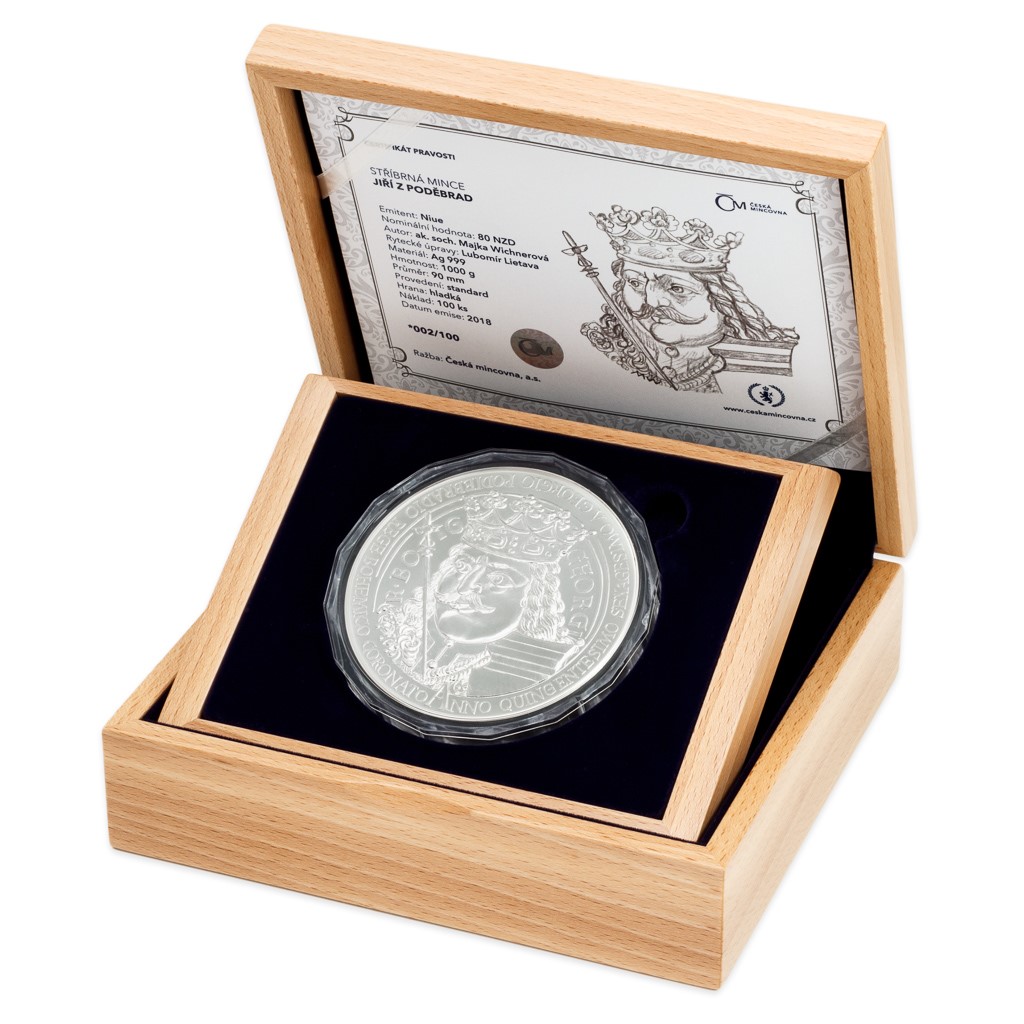 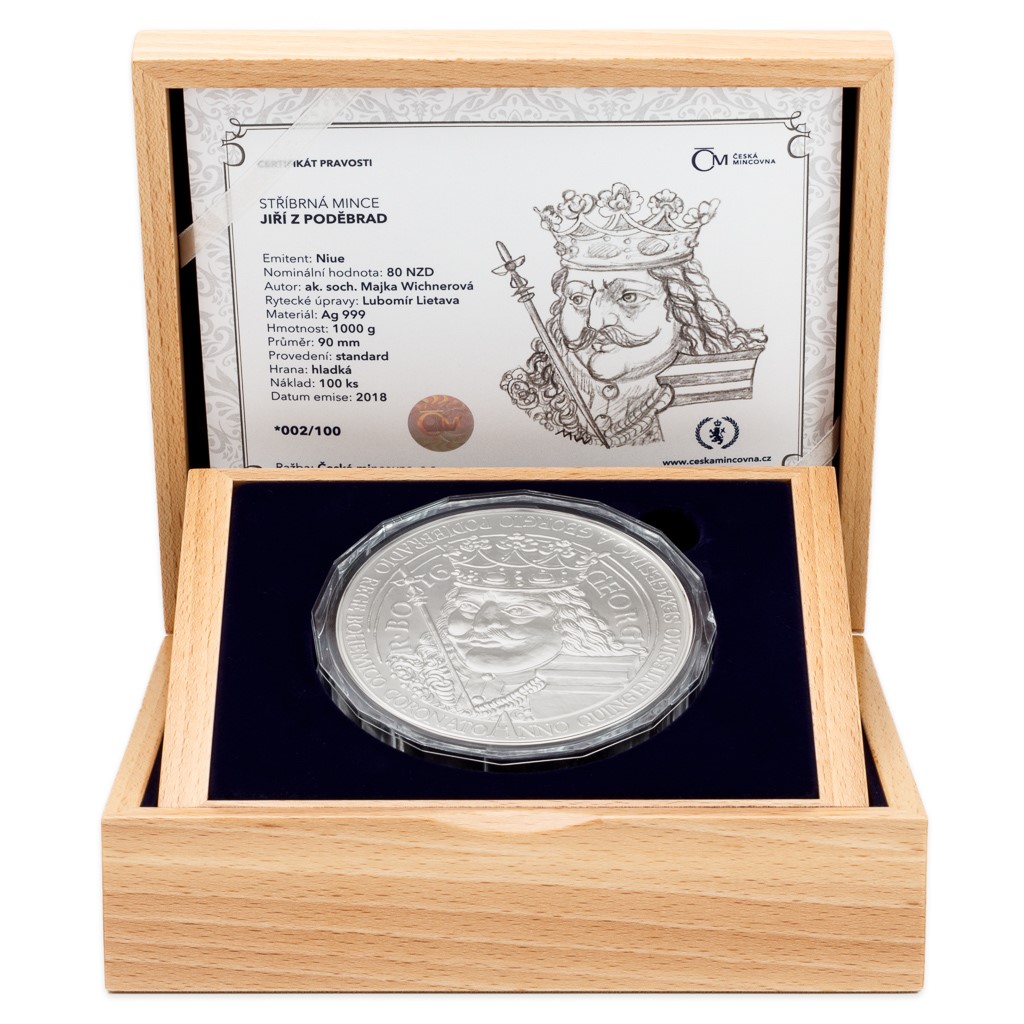 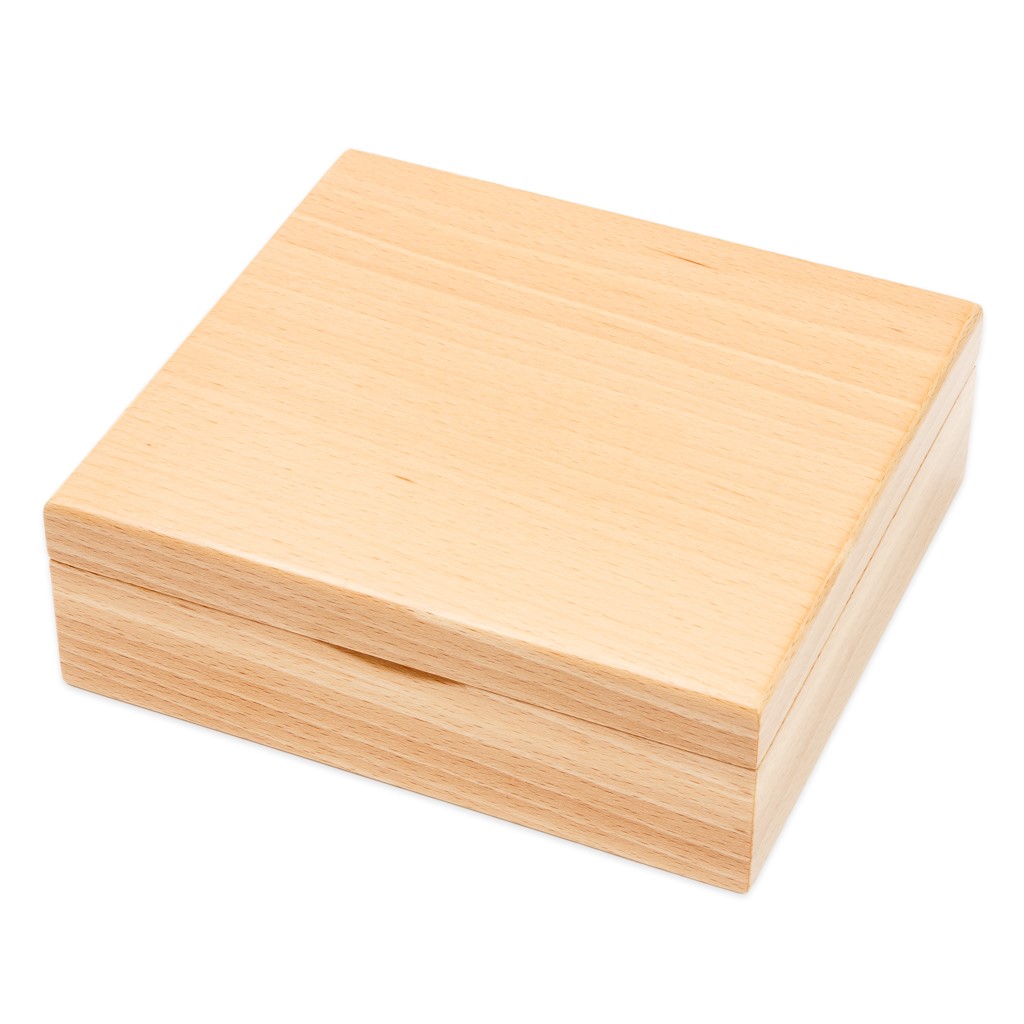 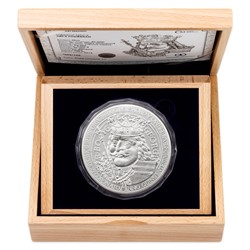 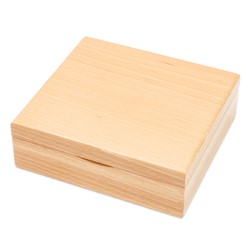