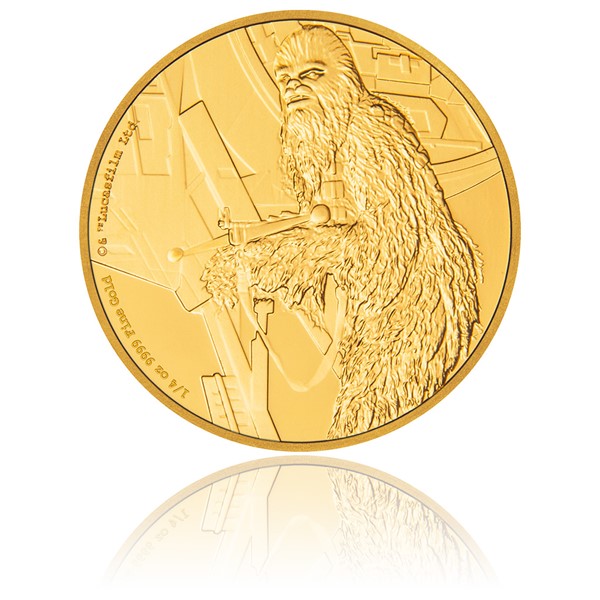 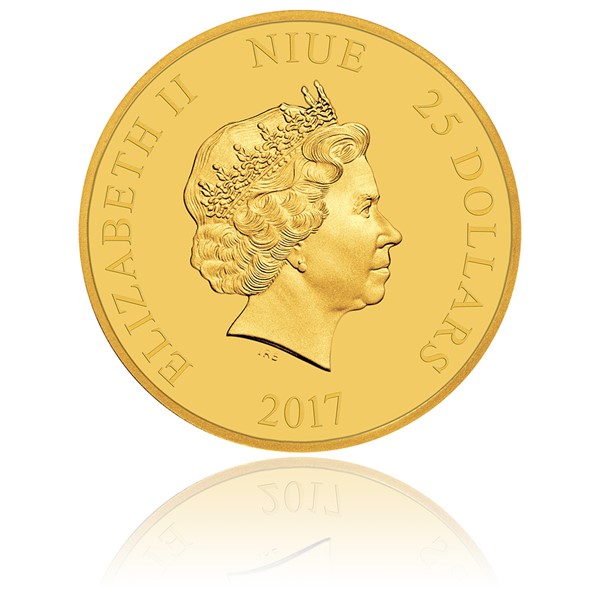 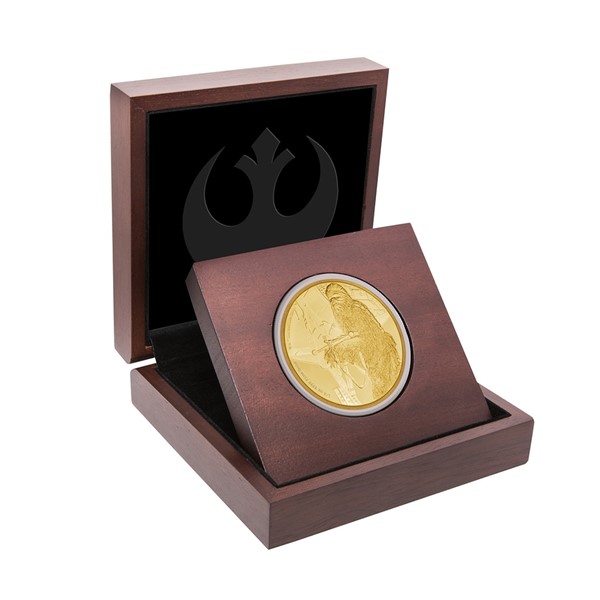 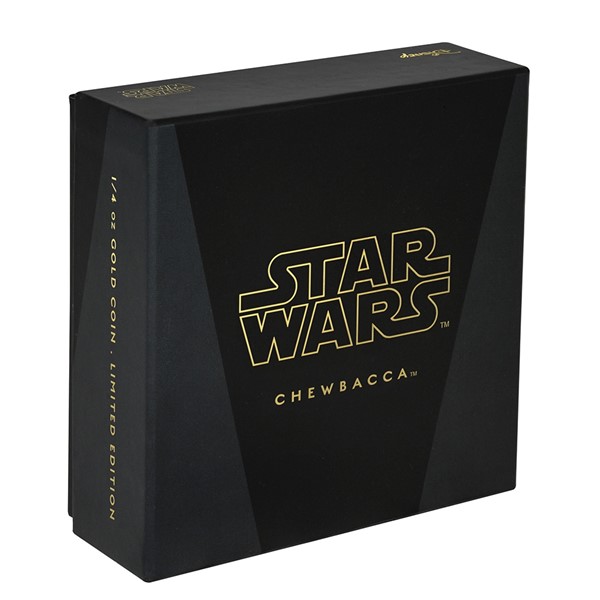 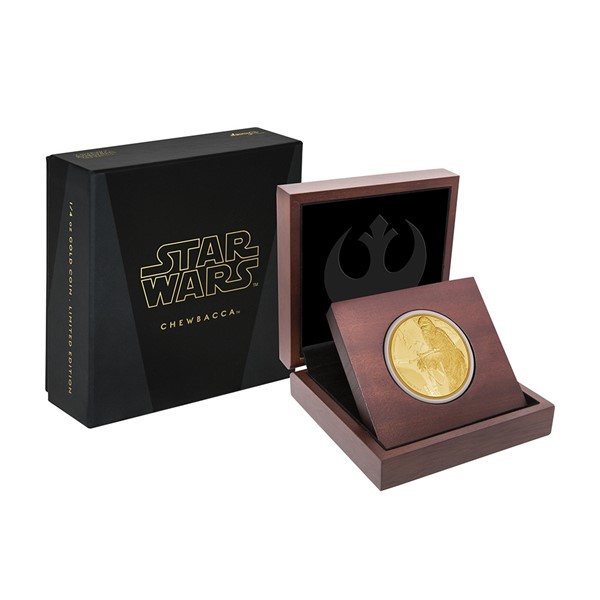 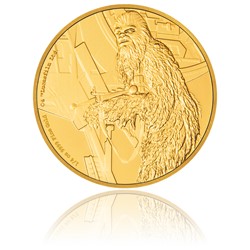 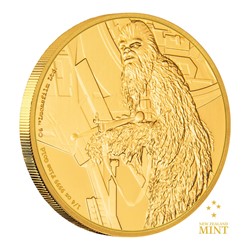 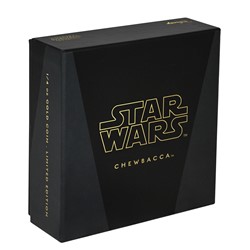 Stock state
In stock
Mintage
1000 pcs
Price
15,350 CZK
exempt from VAT
Add to cart
A discount voucher cannot be applied to the product.
Find more
The approximate purchase price of the product is 11,513 CZK. The purchase takes place according to the purchase rules.
Purchase rules

Every avid Star Wars fan has surely noticed, that when at the end of the fourth film episode, the space heroes received a medals for heroism, one of them was forgotten. After 40 years, this mistake is being repaired with a golden commemorative coin, which belongs to the legendary Chewbacca.

The character of the copilot and best friend of Han Sol, was born in George Lucas's head as he drove the car and stared at the passenger seat where his dog sat. Chewbacca soon received many characteristics of the best friend of man - he is hairy, devoted, and although he does not speak human language, he understands his friends at all times. Even his name "Chobaka" comes from the Russian word "sobaka", a dog. However, the author distinguished him from the animal by a penetrating intelligence, an extraordinary powers and physical proportions. His sophisticated costume, made of yak wool and mohair, was dressed by Peter Mayhew, an actor with an impressive height of 221 centimeters. The only thing the viewers can see is his bright blue eyes. And the distinctive sounds, that Chewbacca makes? These are a mix of recordings of various animals - the walruses, lions, camels, bears, rabbits, tigers or badgers.

The main motif of the reverse side of the coin is the scene from the fourth film episode - Chewbacca with a crossbow shooting covers the retreat of comrades on board on their ship Millennium Falcon. The coin publisher is the island of Niue, whose attributes appear on the reverse side of the coin: the name and profile of Queen Elizabeth II, the year of issue of the coin 2017 and the nominal value of 25 DOLLARS (NZD). The fine art of the licensed coin is the work of the New Zealand Mint's artistic team.

Each coin is placed in a luxury box that not only protects it, but also elegantly exposes it. 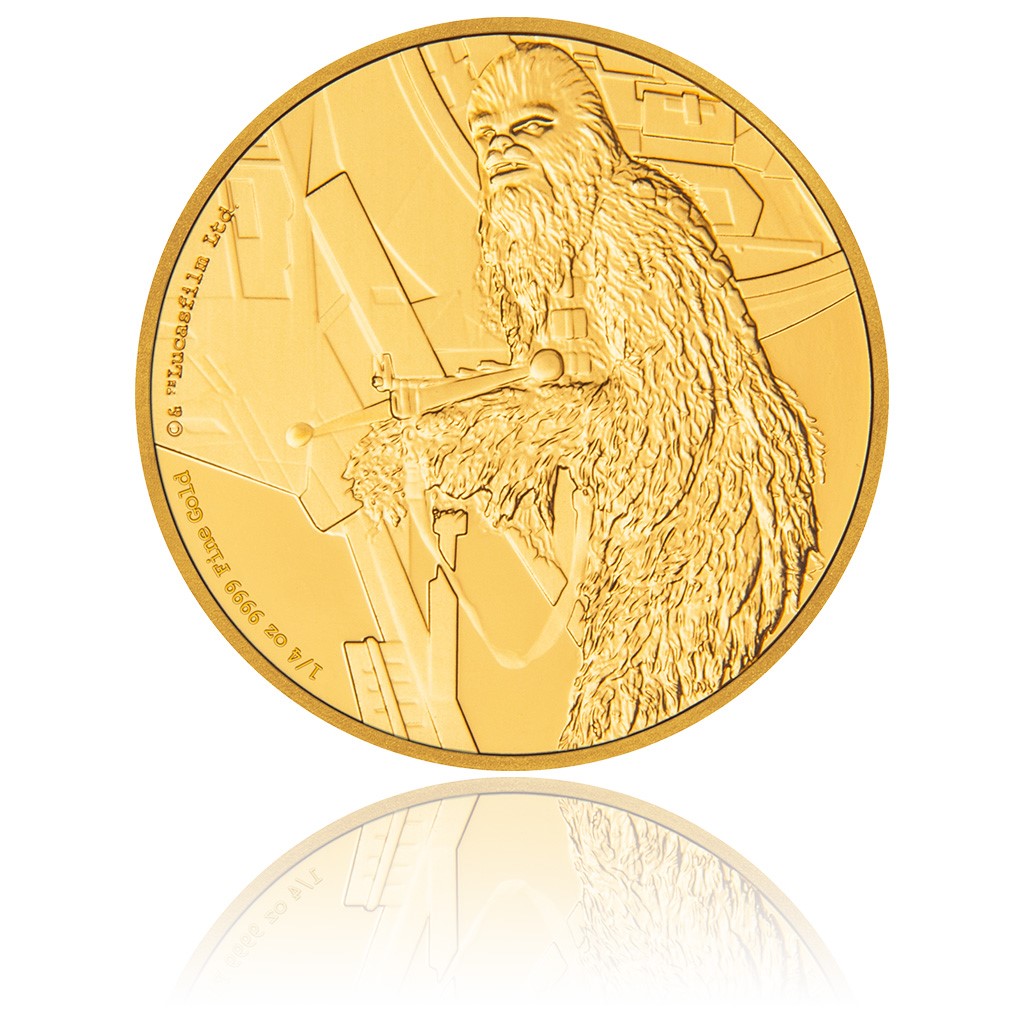 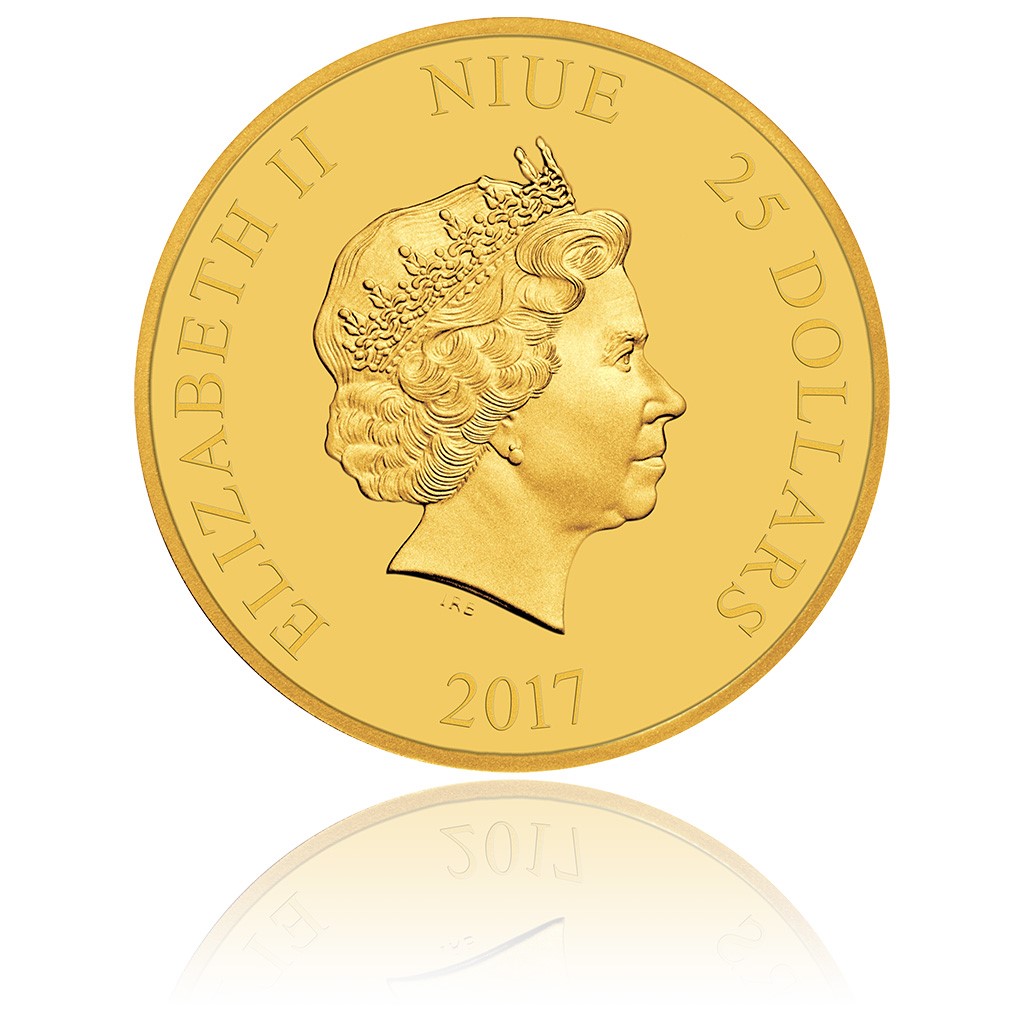 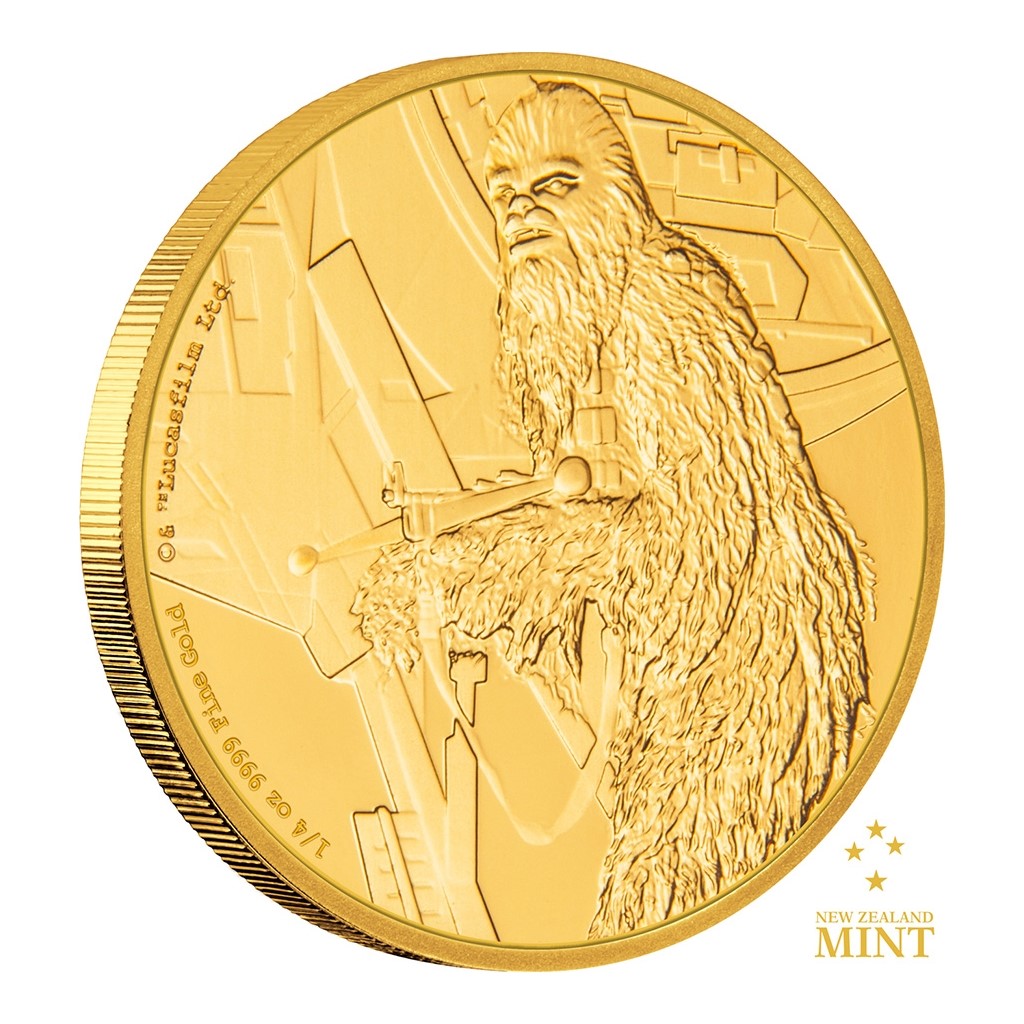 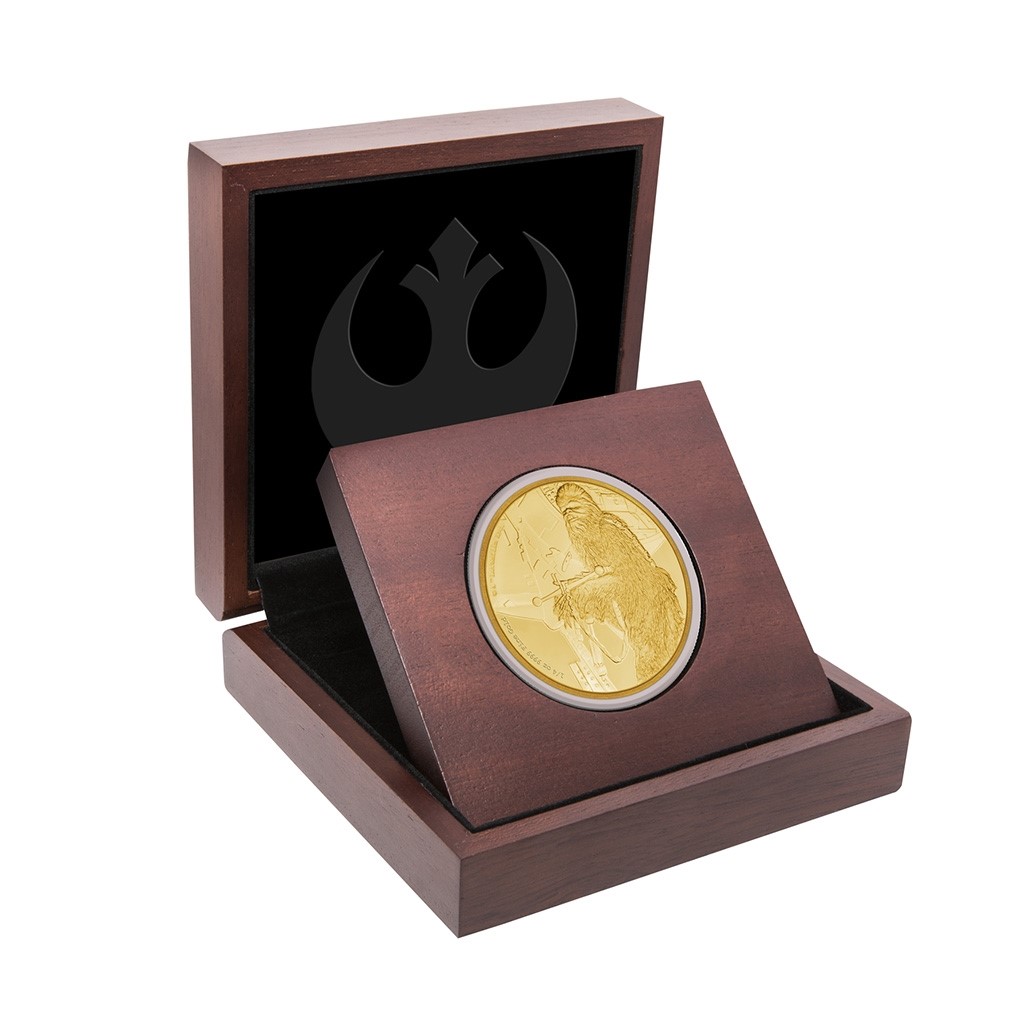 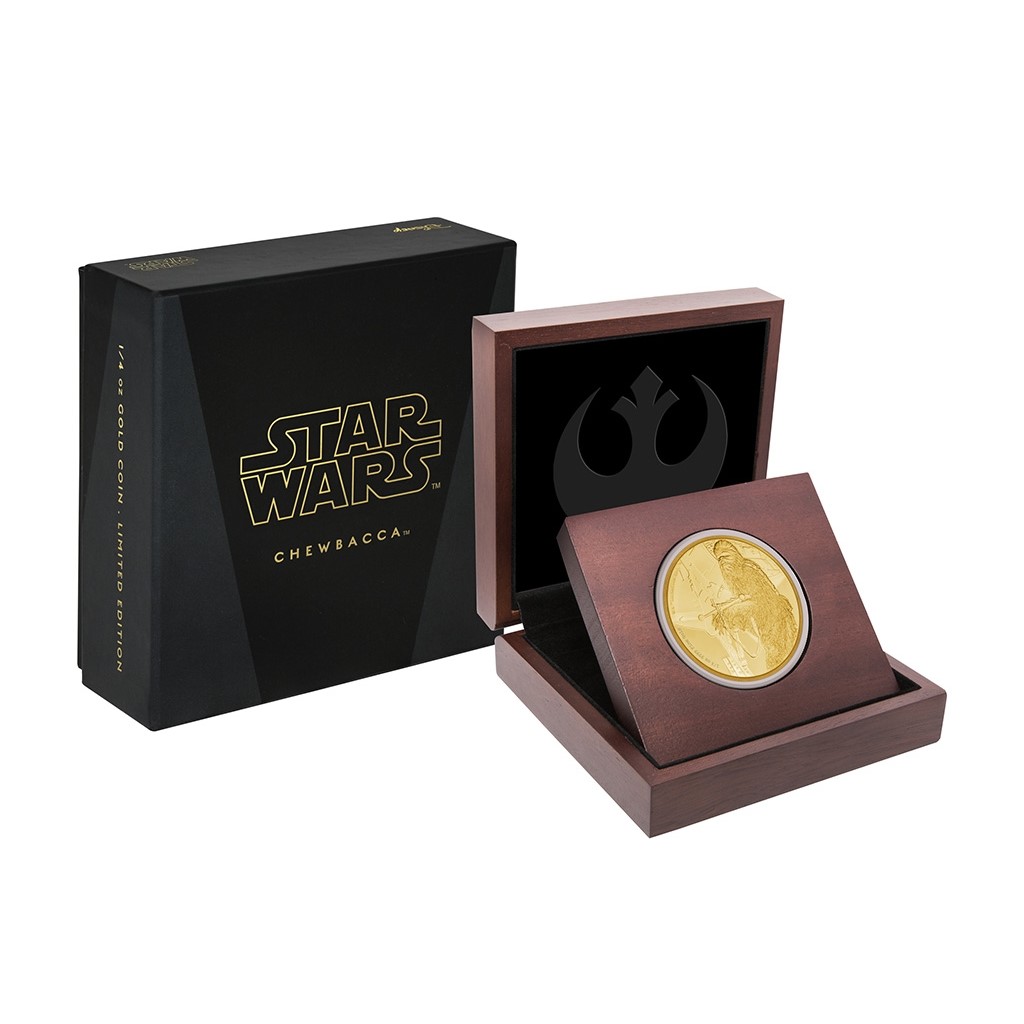 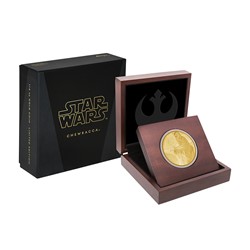