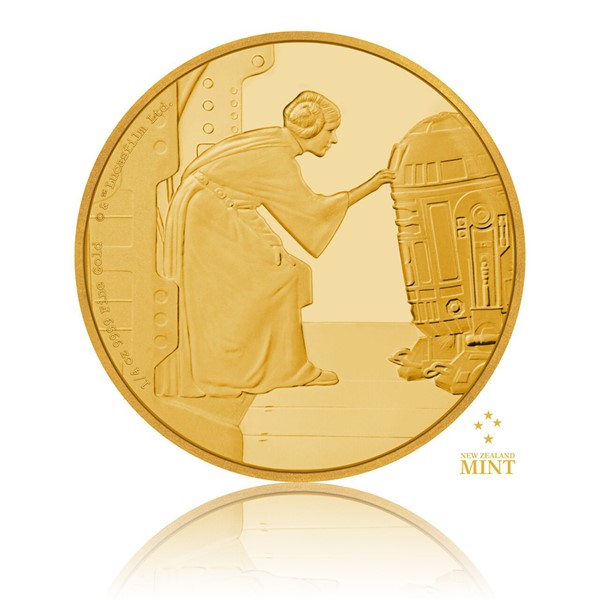 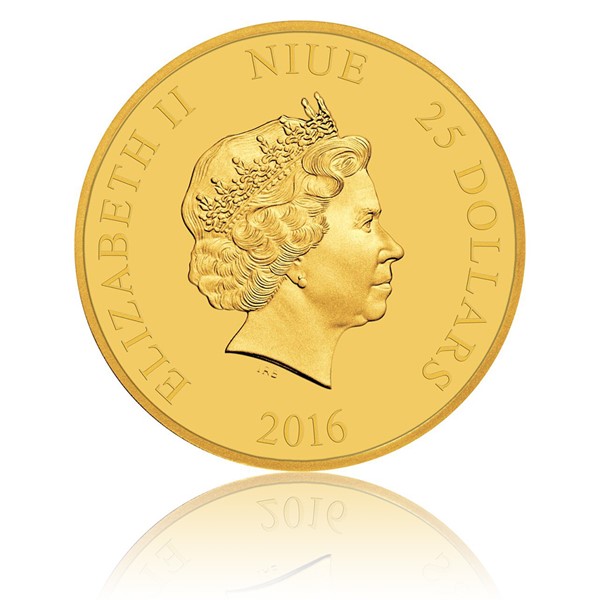 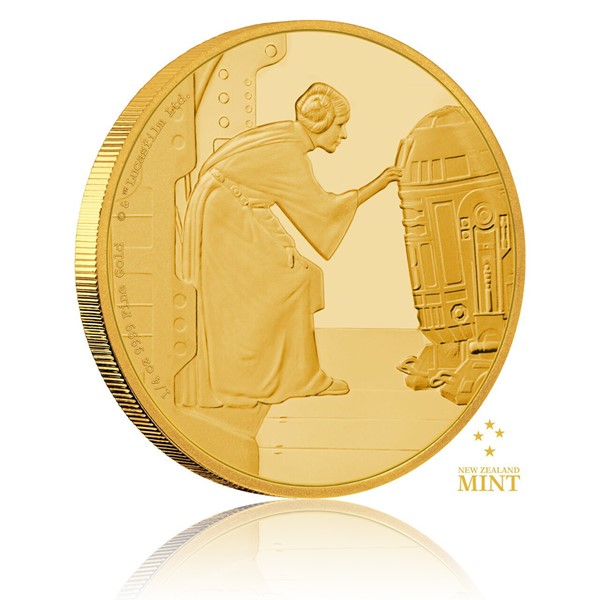 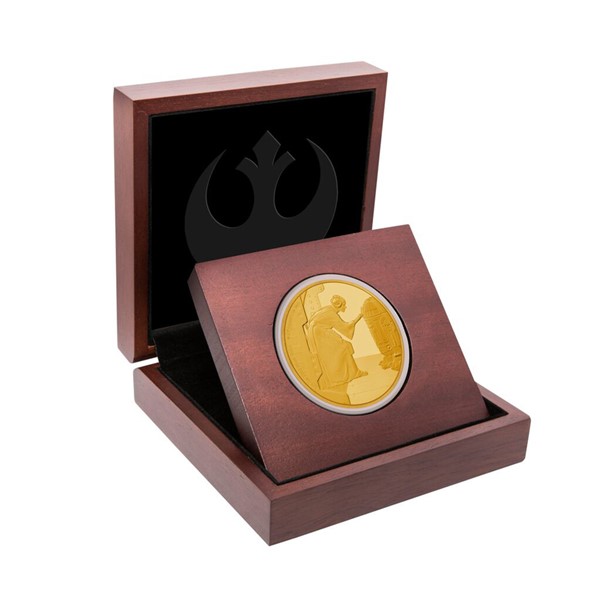 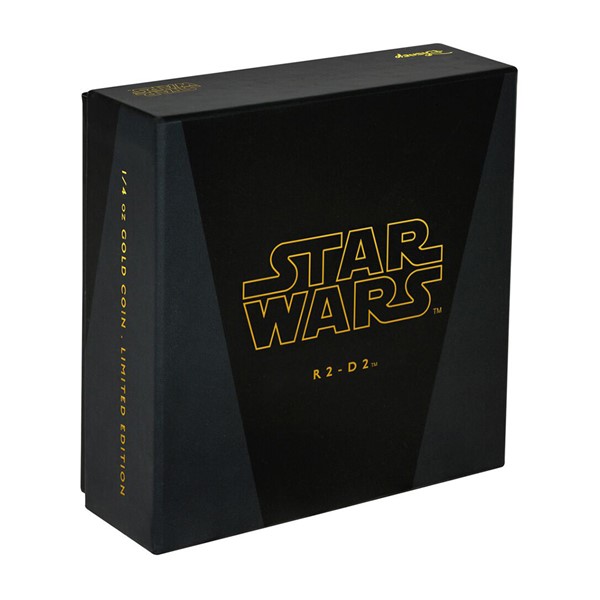 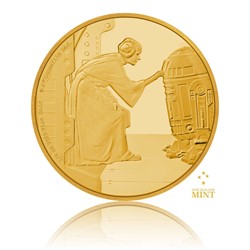 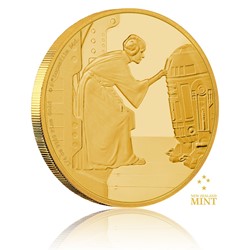 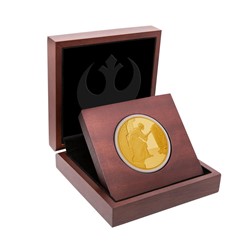 Help me, Obi-Wan Kenobi. You're my only hope."

Every Star Wars fan knows this sentence. A person begging for help from the old General is none other than Princess Leia Organa, a committed member of the Rebel Alliance, to which belongs another gold commemorative coin from the series, inspired by the space saga Star Wars.

The viewers first met the Princess of Alderaans noble family on a diplomatic ship under attack from the Empire cruiser. But the ship was transporting something more important than a royal family member. In fact, the princess had the stolen plans of the Death Star, a space station capable of destroying entire planets. Although Leia was captured, she managed to hide the plans into the onboard astromech - a service droid with a designation R2-D2 - along with a holographic message for the former champion of the Jedi Knights. The Droid got on the desert planet Tatooine, where he met not only with General Kenobi, but also with Luke Skywalker. Princess Leia thus set in motion a chain of events, which devastated her beloved planet Alderaan, but also befriended her with Han Solo, revealed the truth about her past and as a result ended a reign of terror of the Emperor Palpatine.

The author of a licensed form of the coin is a creative team of the New Zealand Mint.

The reverse side depicts one of the opening moments of the fourth film episode - Princess Leia stores into a memory of R2D2 the secret plans and with them the future of the entire uprising.

The obverse side belongs to the attributes of the issuer of the coin, the Pacific island of Niue: the name and profile of Queen Elizabeth II., the year of issue 2016 and the nominal value of the coin 25 DOLLARS (NZD).

An integral part of each issue is an elegant etue with a special mechanism, that is used to expose the coin. 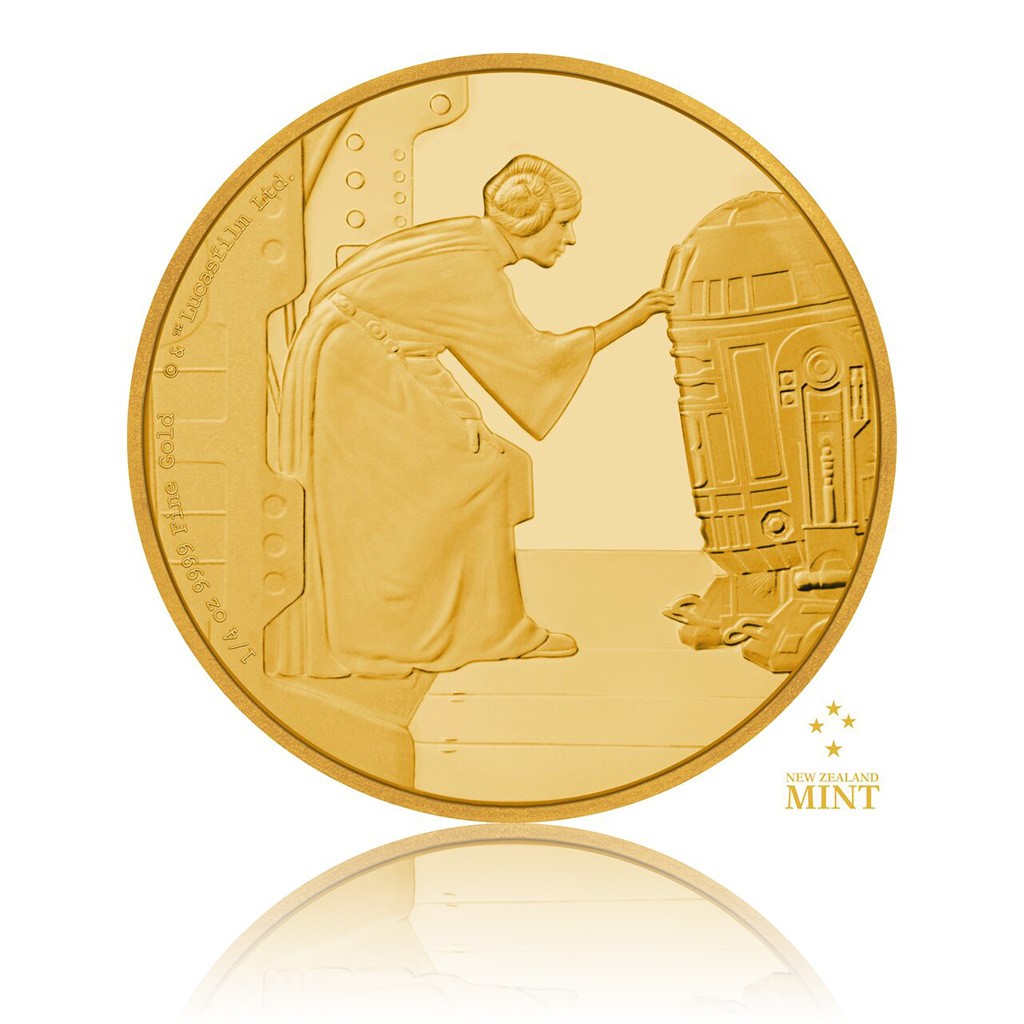 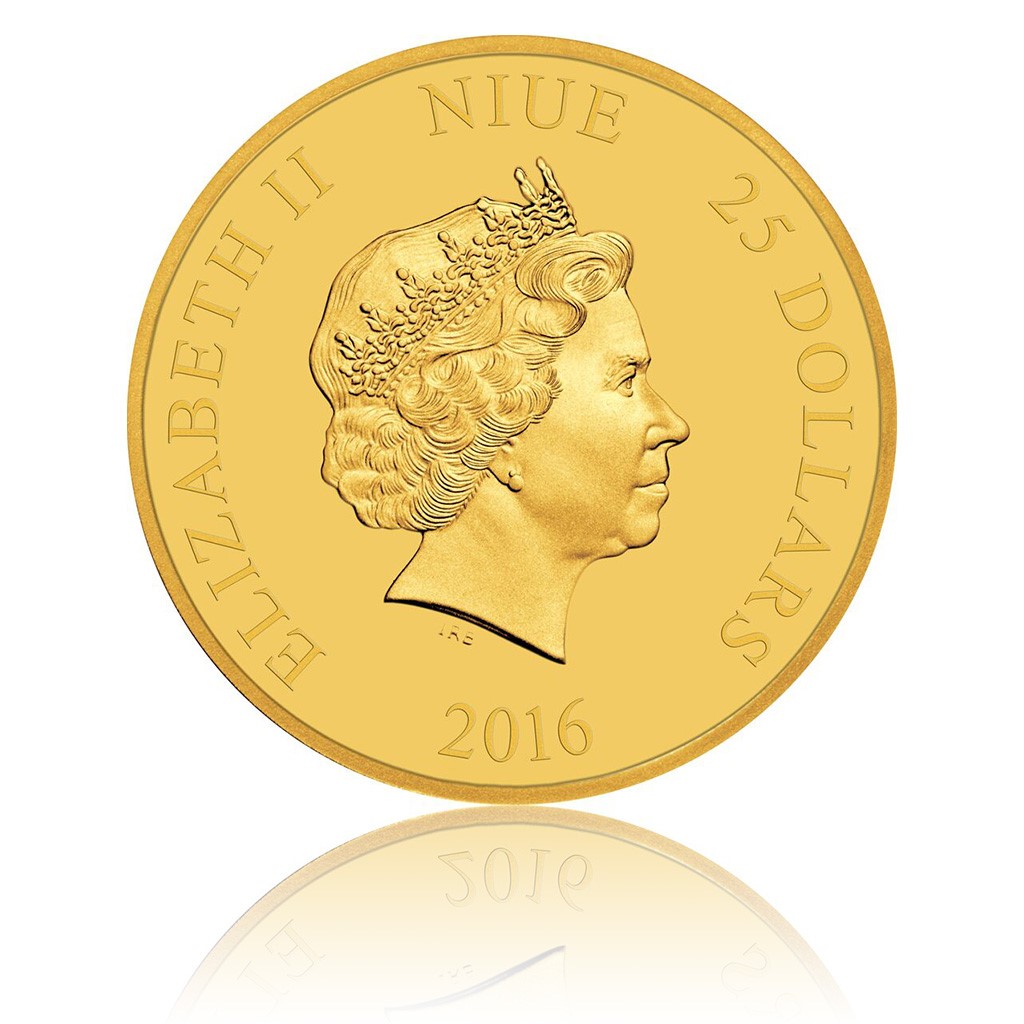 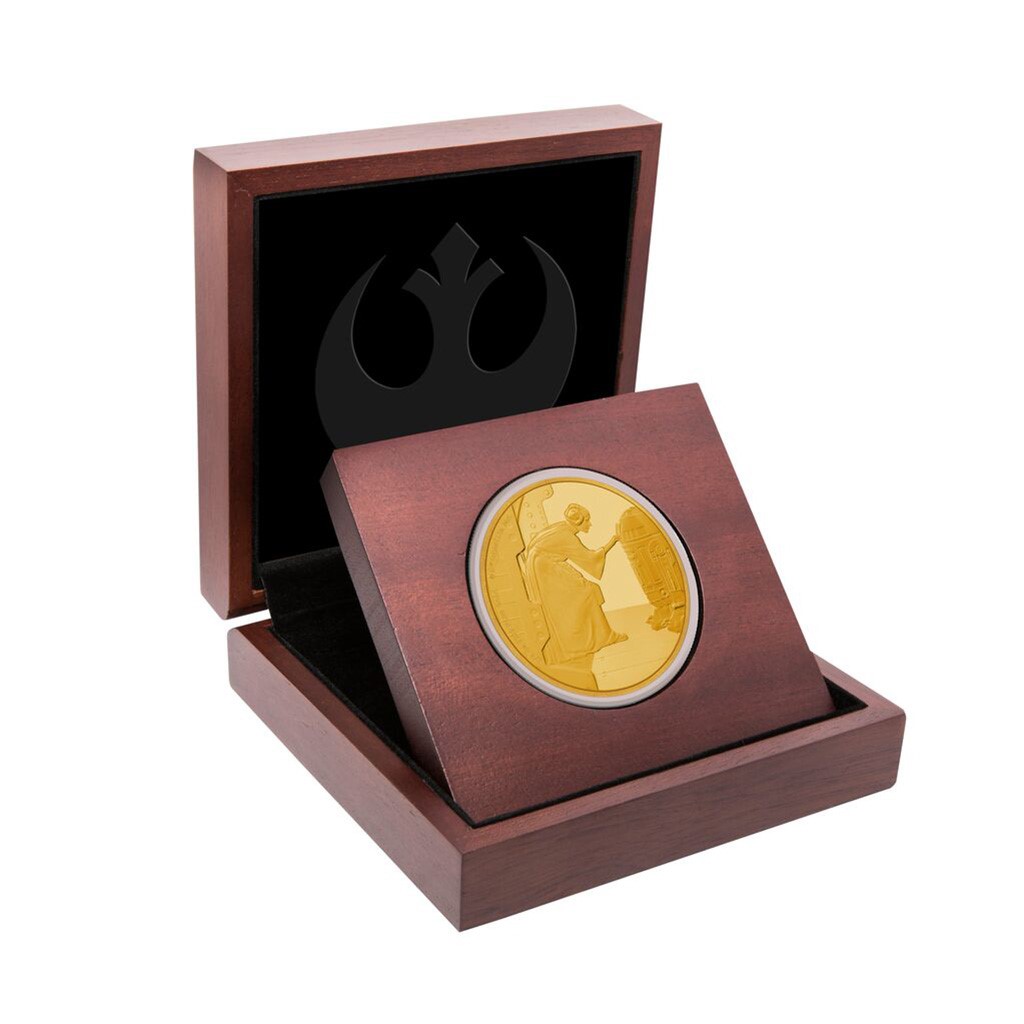 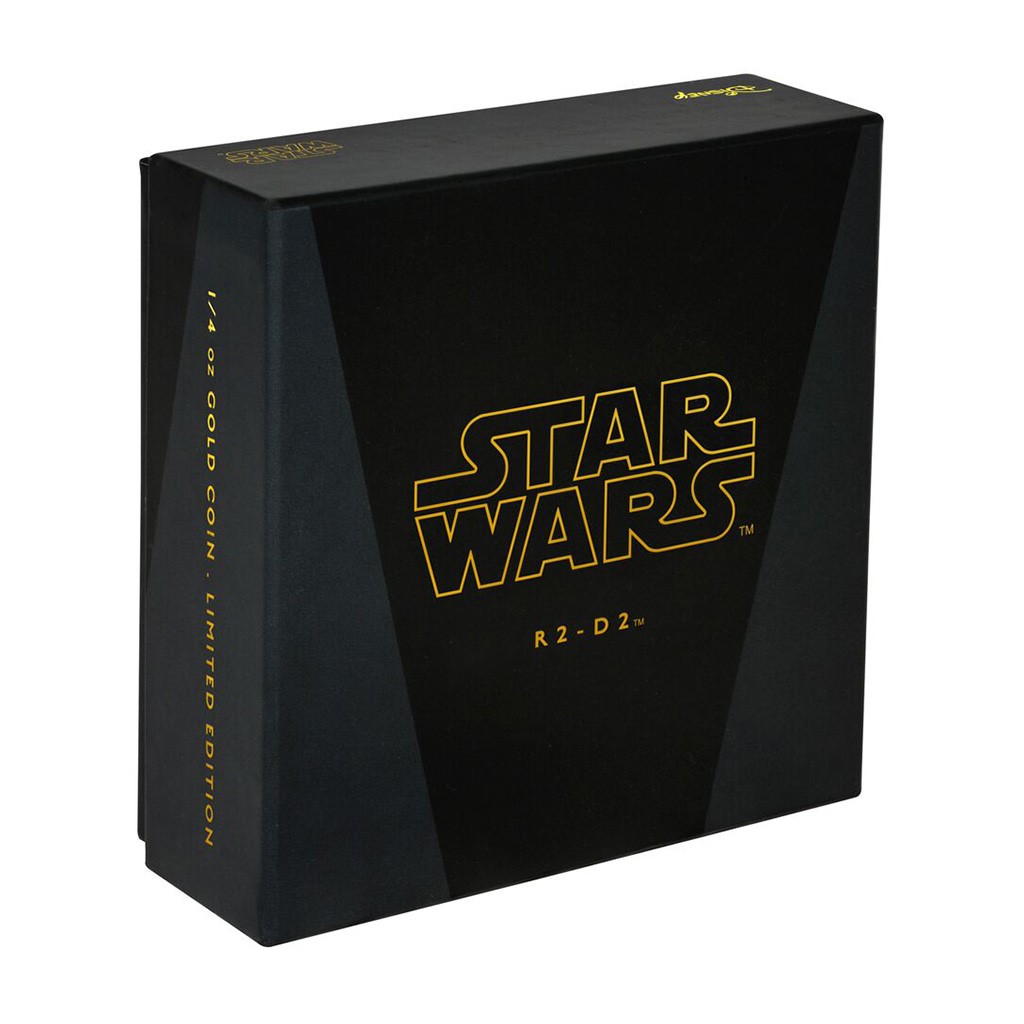