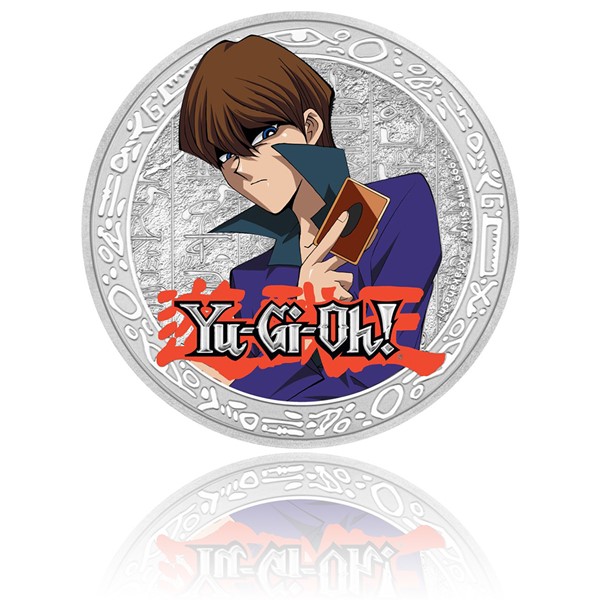 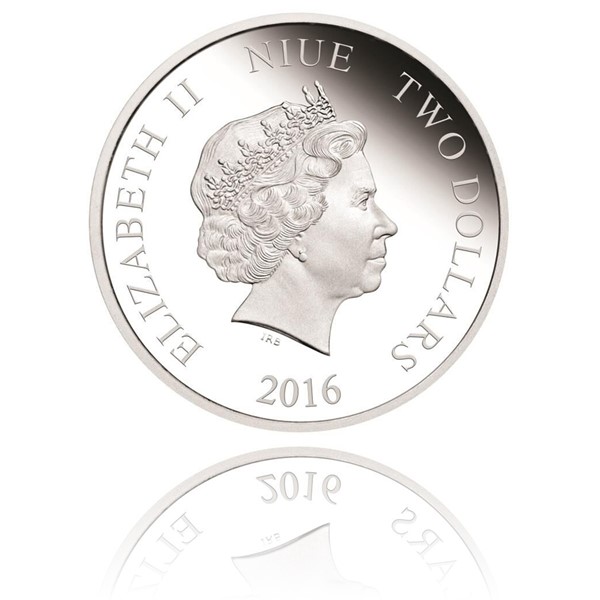 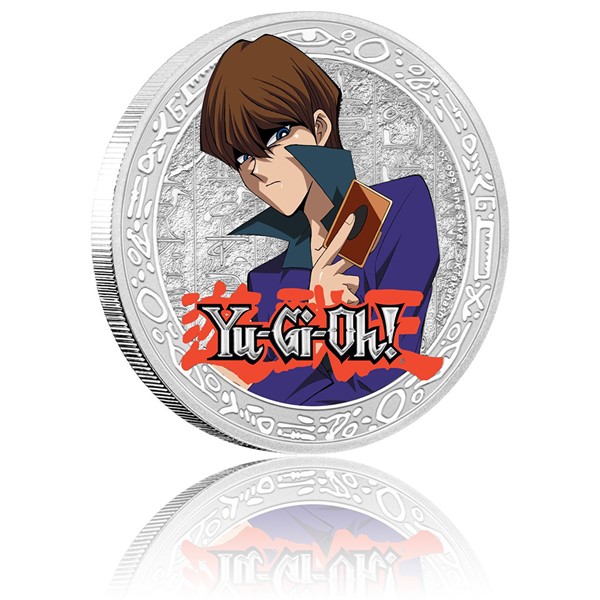 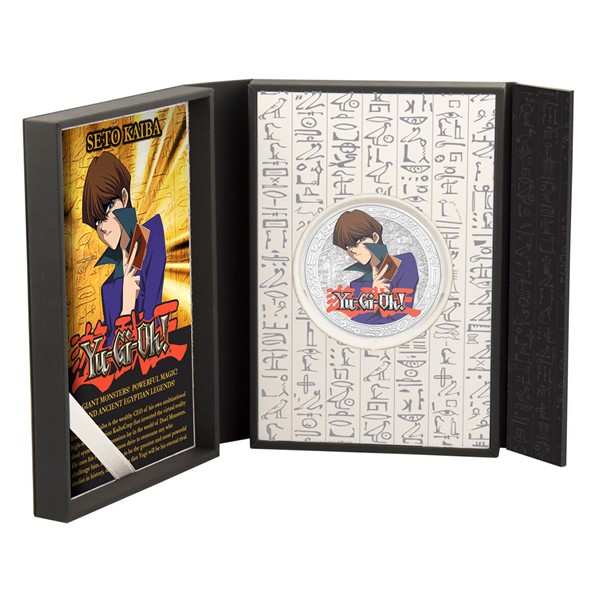 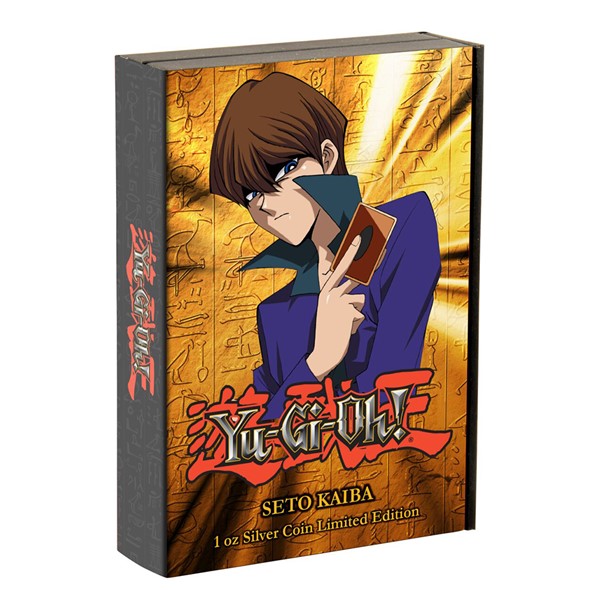 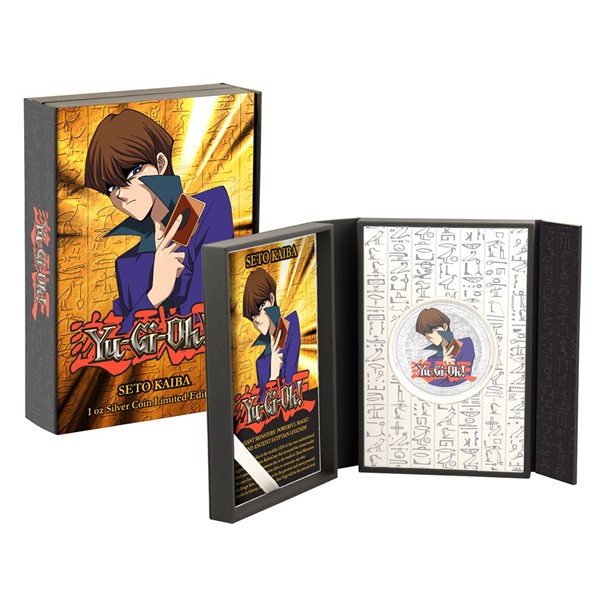 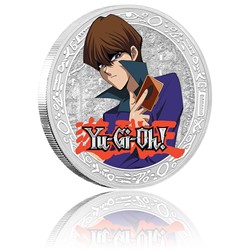 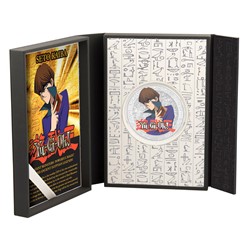 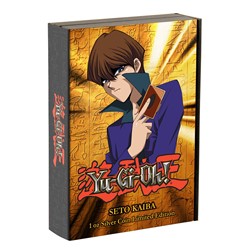 The most popular card game of all time Yu-Gi-Oh! can boast sophisticated mythology, that combines a mythical history with modern technologies and interesting heroes. It is particularly good villains, that make a good stories and Japanese animated phenomenon is no exception. The second one ounce silver coin of the collectible series is therefore devoted to the ruthless businessman Seto Kaiba.

Seto Kaiba - an intelligent, arrogant and coldly calculating player - did not have an easy childhood, but because of his abilities, he developed into one of the greatest masters of the card game Duel Monsters. His ambition, however, dictates him to be the best, which puts him in a battle with his fateful rival Yugi. On the way to the final victory helps Seto an unlimited resources of his company KaibaCorp, whose advanced technologies blur the boundaries between the game and reality. The reverse side of the coin bears the colored representation of Seto in a characteristic style of the Japanese manga comic book stories. The logo of Yu-Gi-Oh! is also processed in color. The rest of the minting area belongs to the hieroglyphs, which refer to the fictional Egyptian history of this Universium.

The obverse side of the coin features the year of its emissions 2016, a portrait of queen Elizabeth II. and the nominal value of TWO DOLLARS (NZD) - it is because the issuer of the silver coins is the island Niue, which is loosely affiliated to New Zealand and is part of the Commonwealth.

The artistic form of the coin was created by the artistic team of New Zealand Mint based on the official license.

An integral part of each coin is a numbered certificate of origin and an original box decorated with Egyptian motifs, which wittily resembles a deck of playing cards. 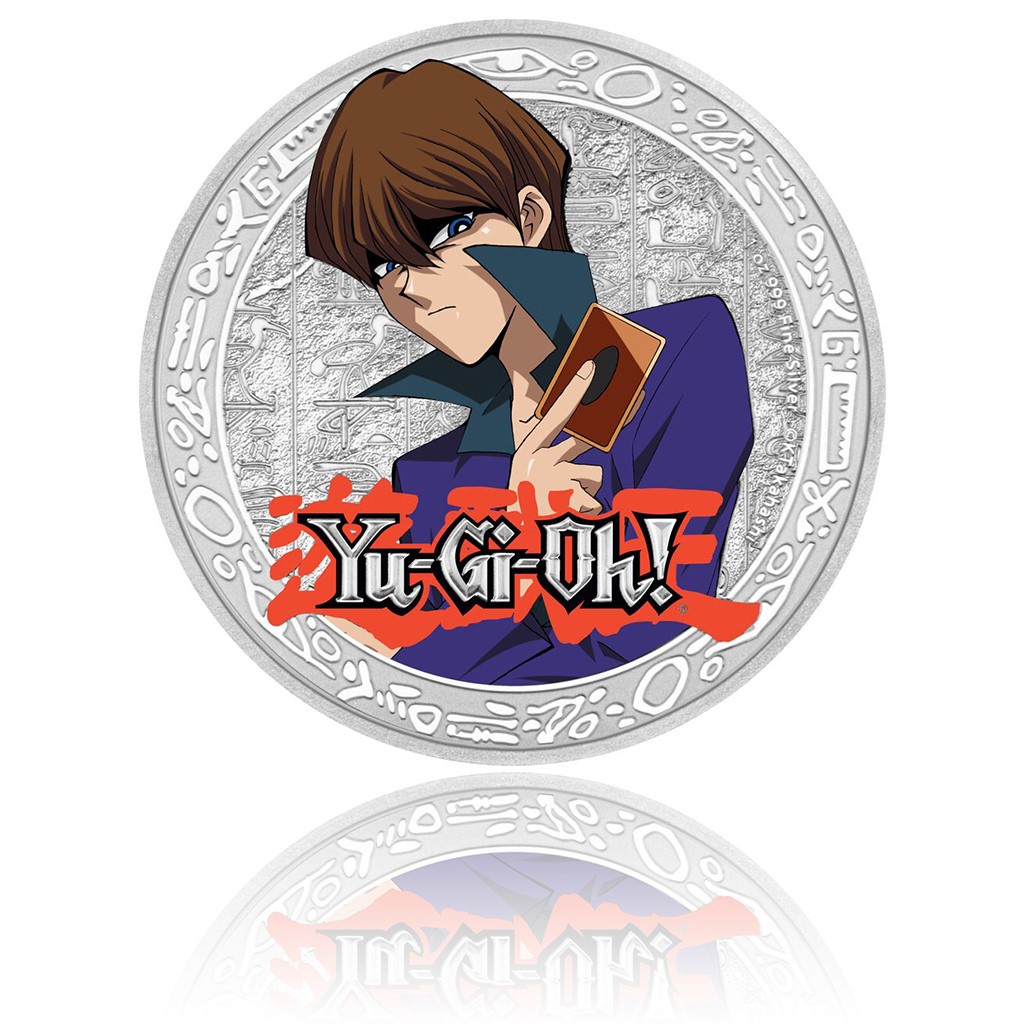 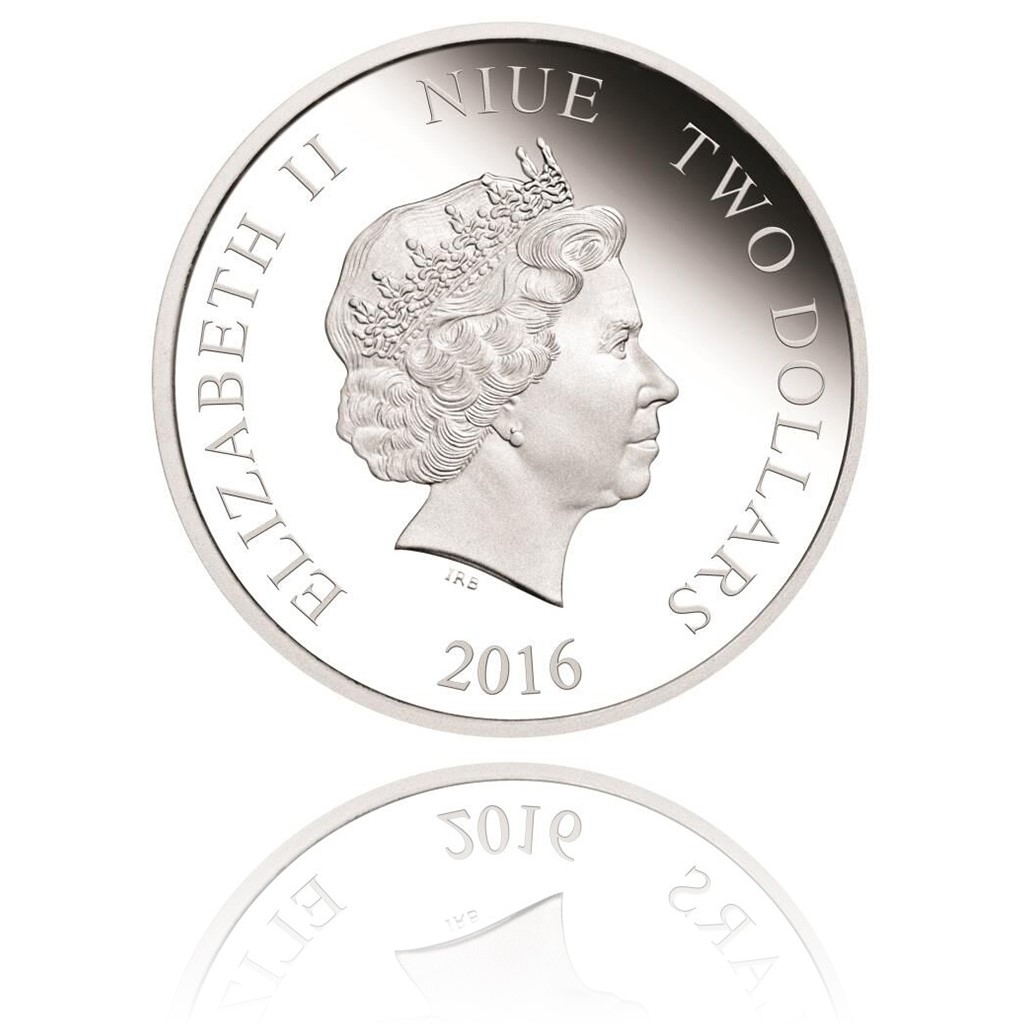 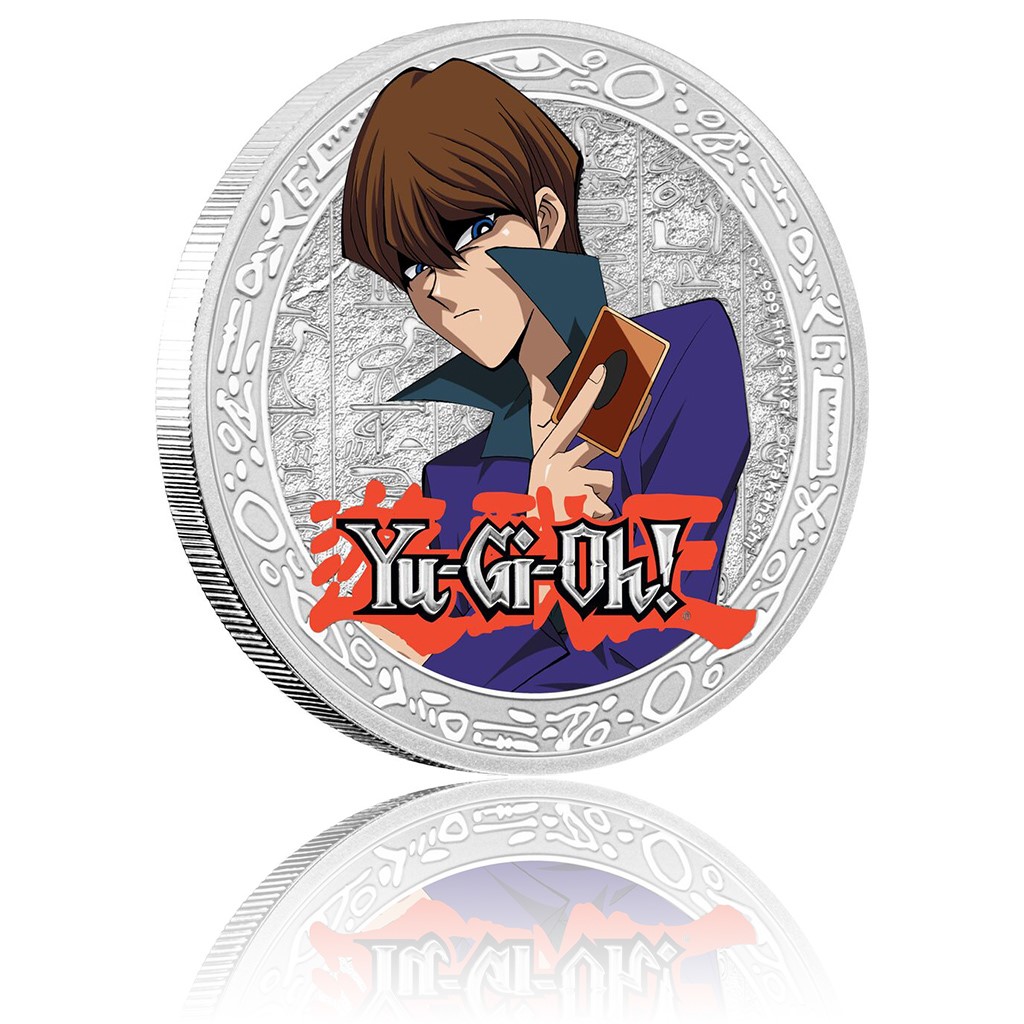 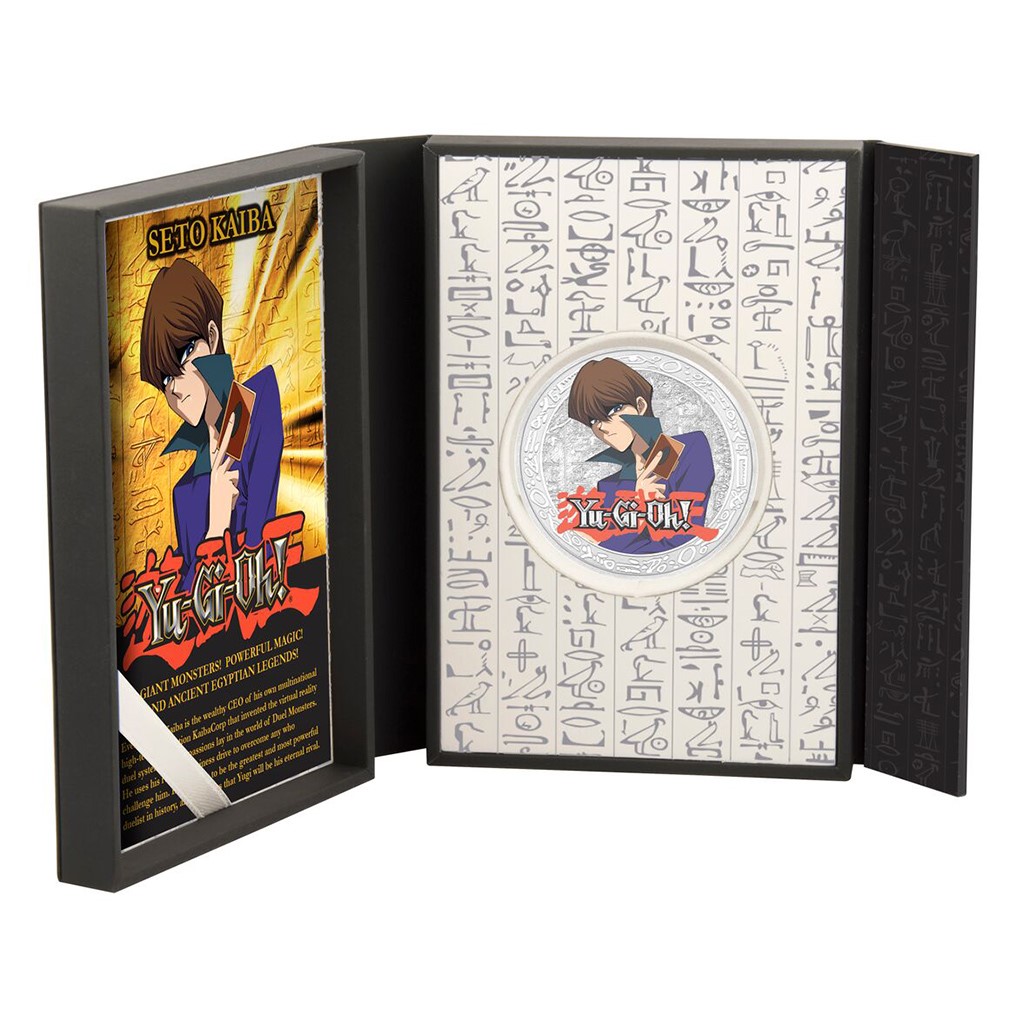 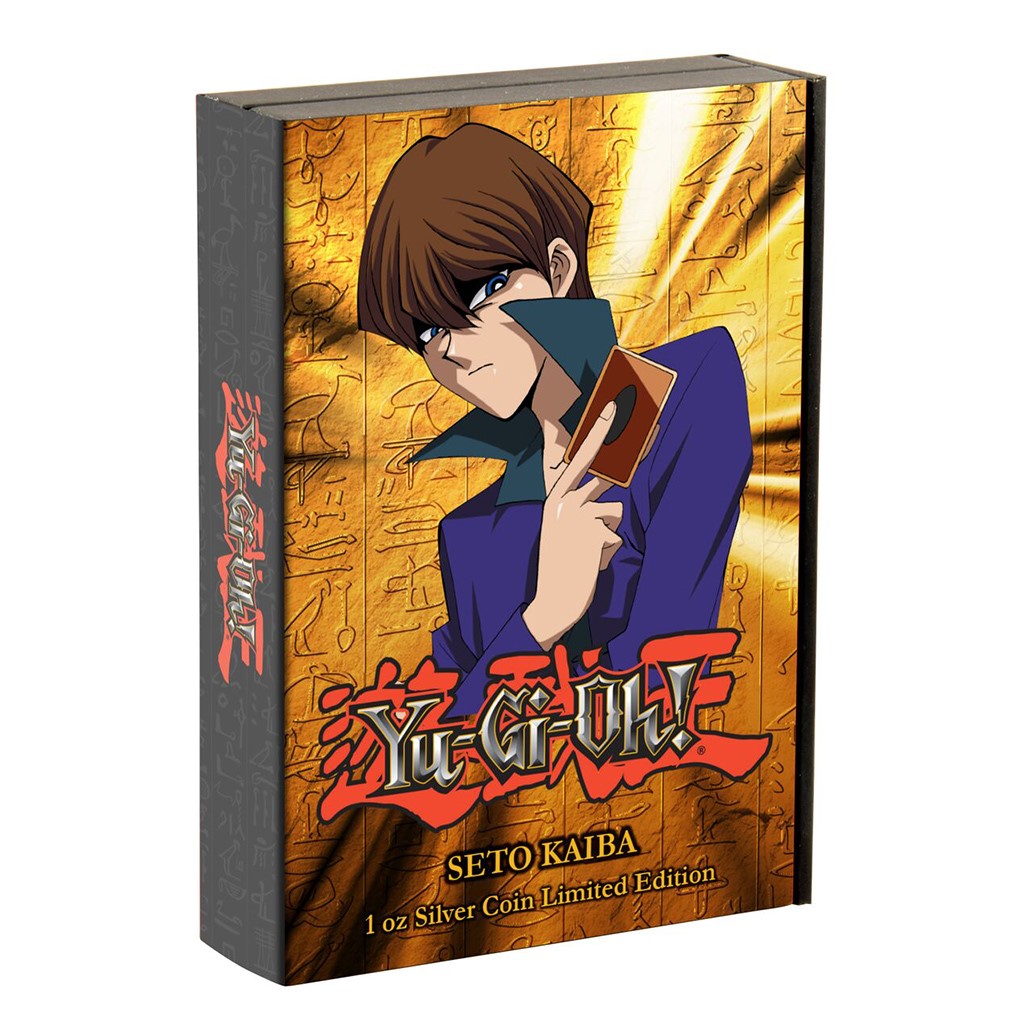 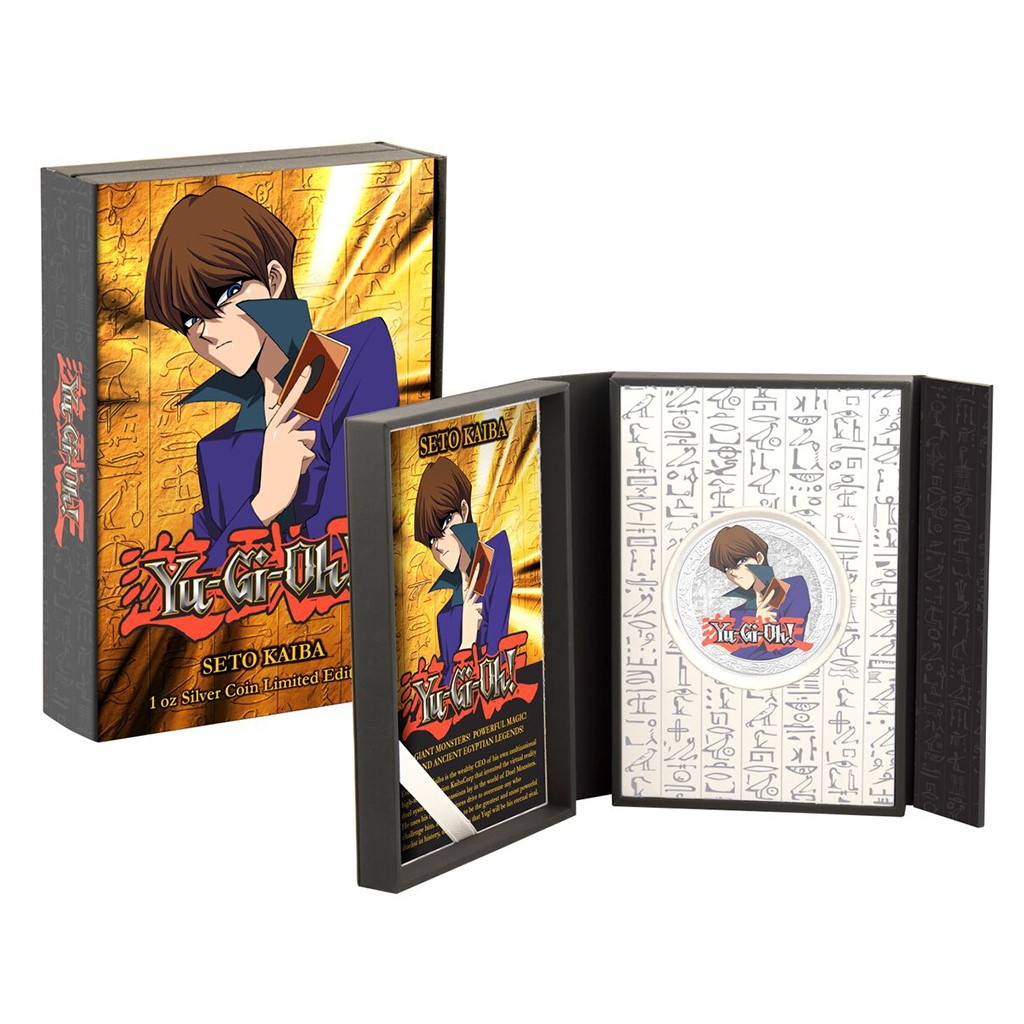 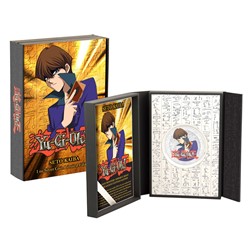