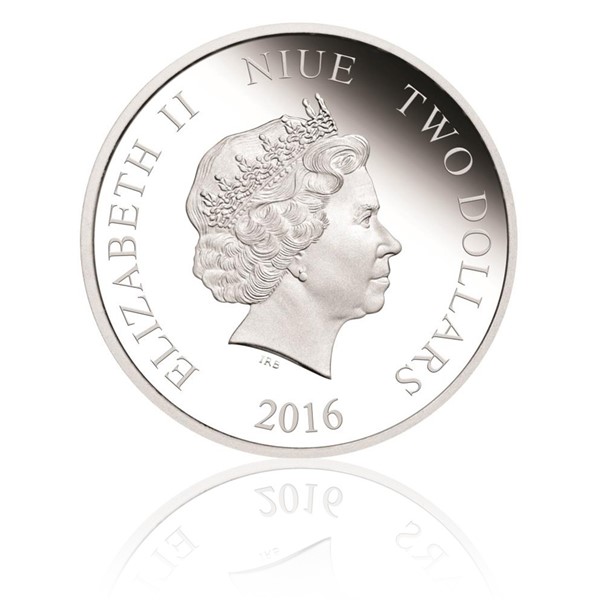 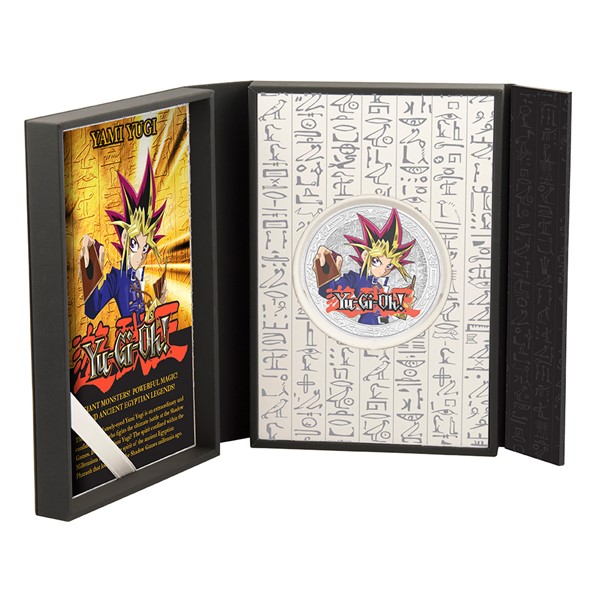 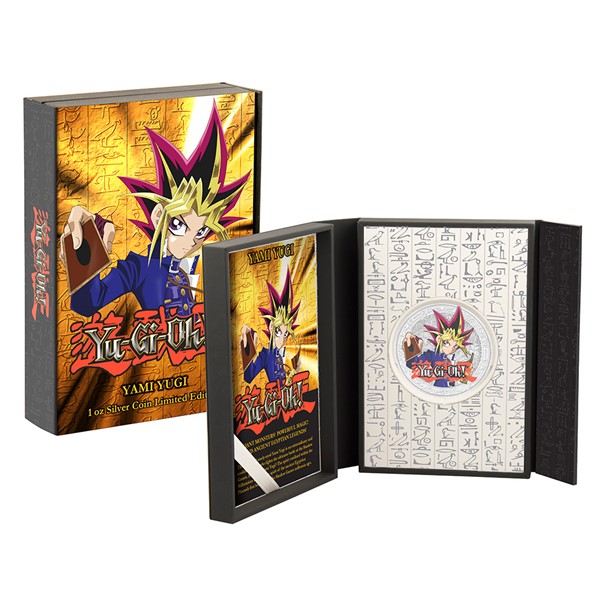 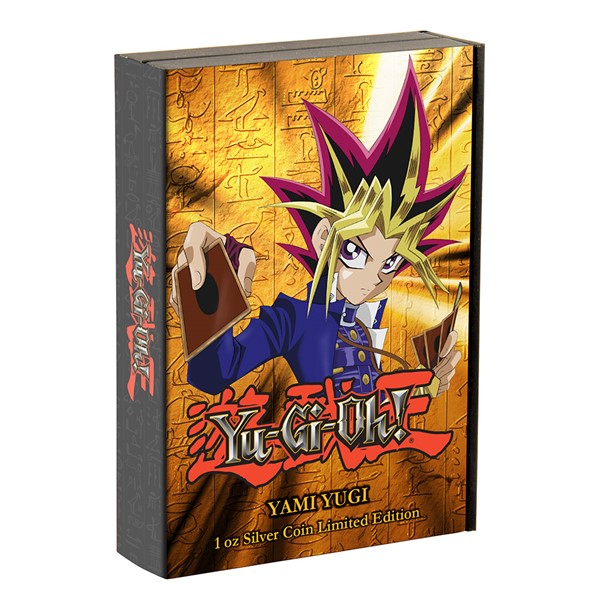 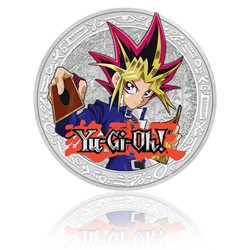 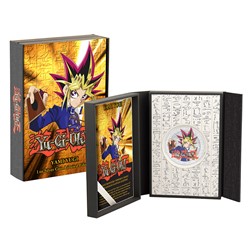 Stock state
Sold out
Mintage
5000 pcs
Sold out
A discount voucher cannot be applied to the product.
Find more

Forget about the Tamagotchi or Pokémon. Here comes Yu-Gi-Oh! The Japanese phenomenon, whose name can be translated as "King of Games", includes the animated series and feature films, the collectible card game and newly also the silver commemorative coin minted in one troy ounce of pure silver.

The Universe of Yu-Gi-Oh! enjoys an immense popularity! The television series appear on the screens continuously for 15 years and tells the world the near future, where an ancient game of the Egyptian pharaohs brings a glory, but also a death to the daredevils. The actual game, that inspired the stories, holds a primacy in an entrance into the Guinness Book of Records. In fact, the individual cards sold more than 25 billion pieces around the world, which makes Yu-Gi-Oh! the most popular card game ever.

The reverse side of the coin is adorned by a coloration in the Japanese cartoon style manga. It depicts the main character of the story, a fearless young man named Yami Yugi, whose body inhabits a soul of an ancient ruler, with the necessary playing cards in the hand. With the coloration is also completed the inscription Yu-Gi-Oh! with the Egyptian hieroglyphics engraved in the background. The issuer of silver coins is the Island of Niue, which lies in the Pacific and is loosely affiliated to New Zealand. Therefore, on the obverse side of the coin you will find the name and portrait of Queen Elizabeth II of the Commonwealth along with the nominal value of TWO DOLLARS (NZD) and the year of issue of the coin 2016. The licensed artistic appearance of the coin is a work of the artistic team of New Zealand Mint.

Each coin is, together with a numbered Certificate of Authenticity, stored in a stylish box decorated with hieroglyphics, that evokes a deck of playing cards and lets you expose the coin in a place of honor in your collection. 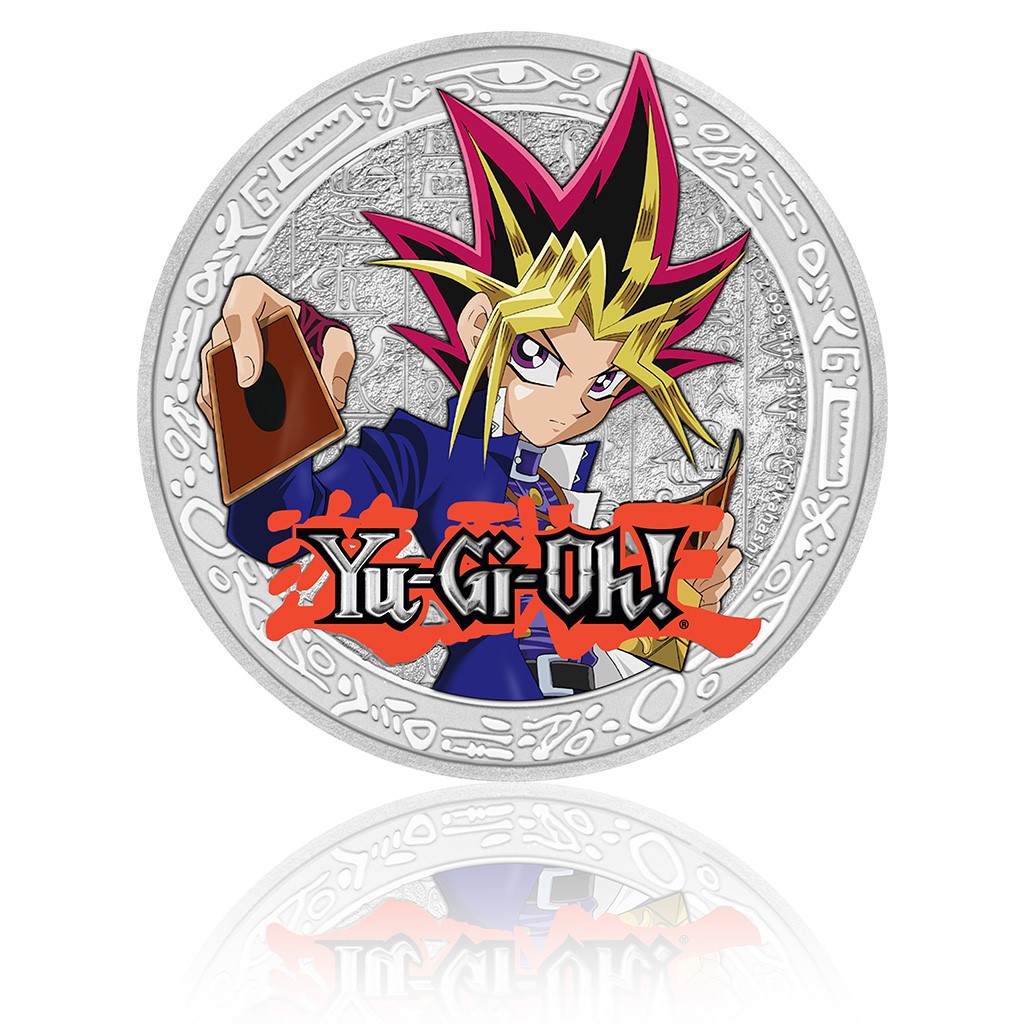 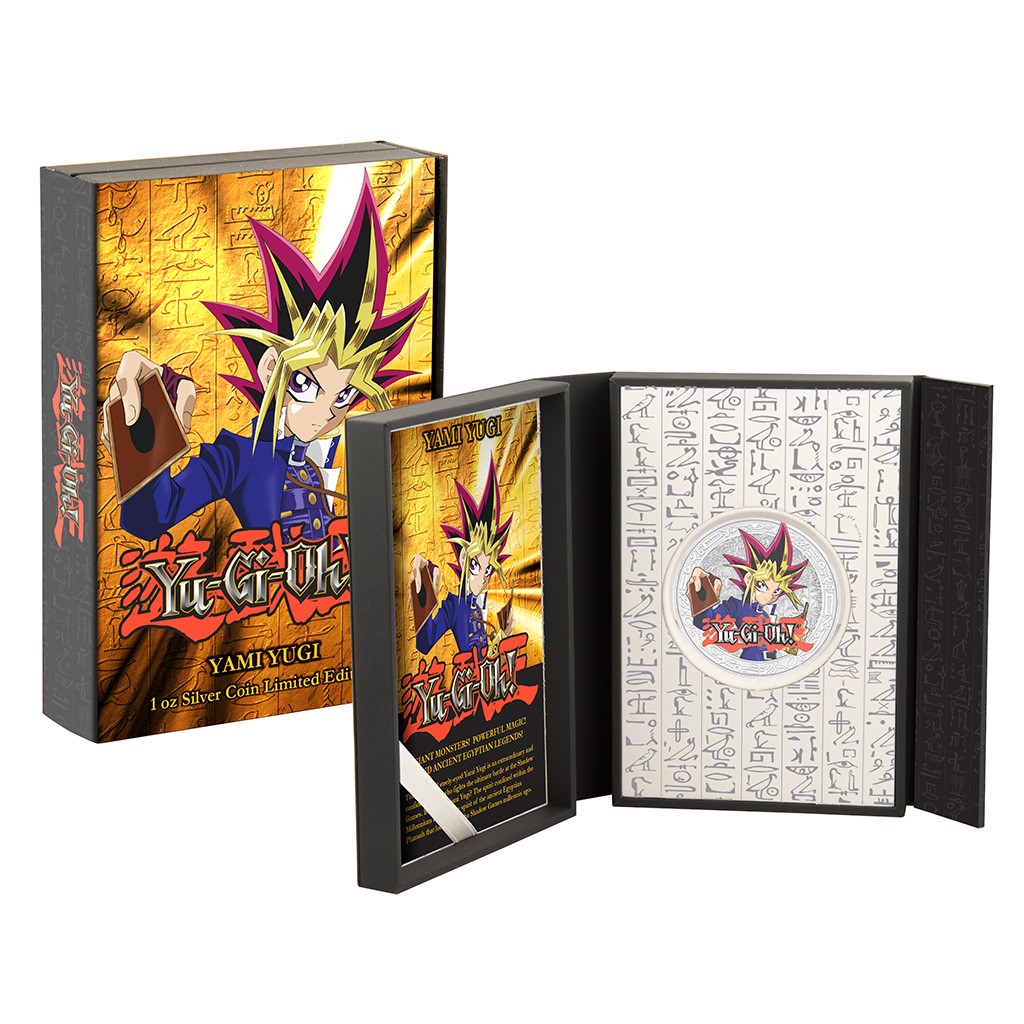 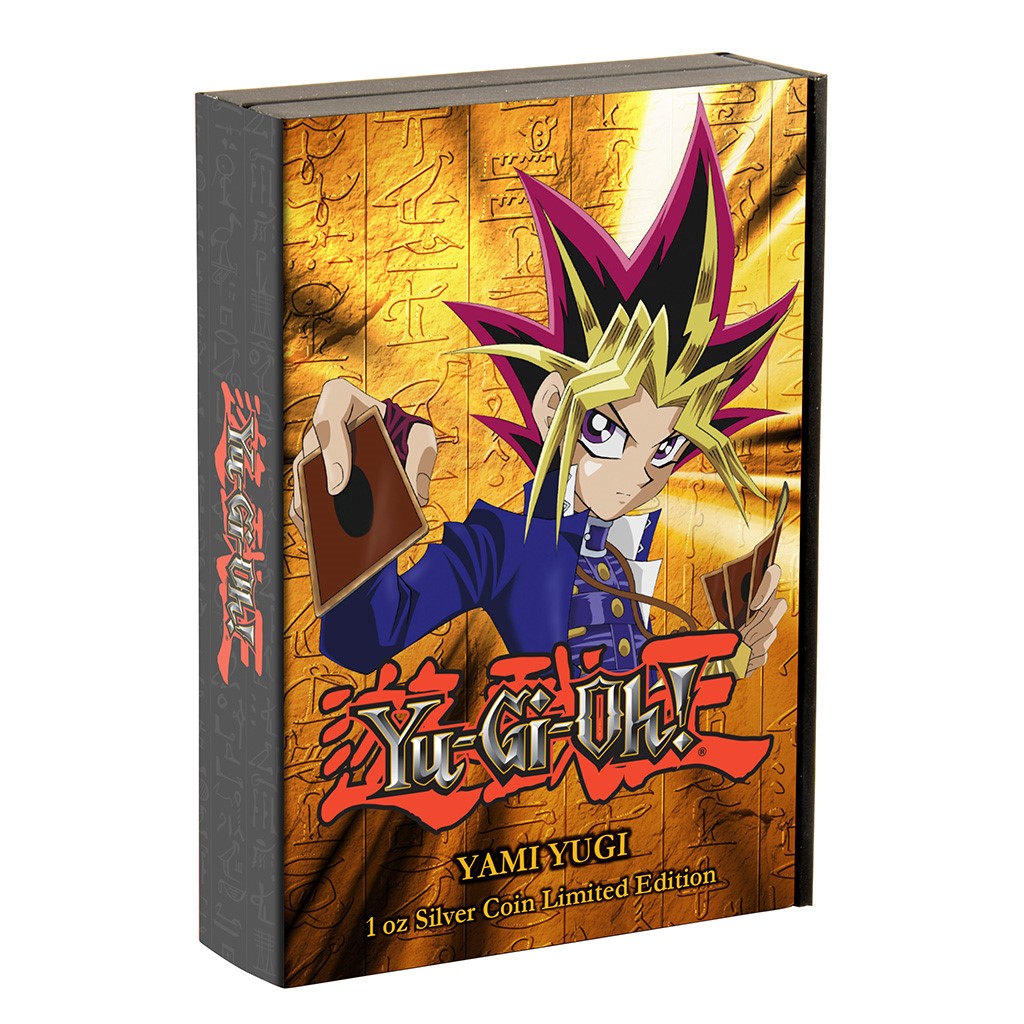