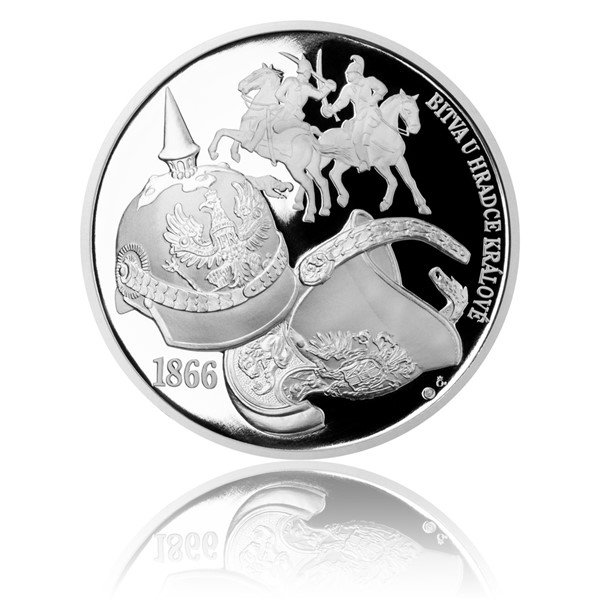 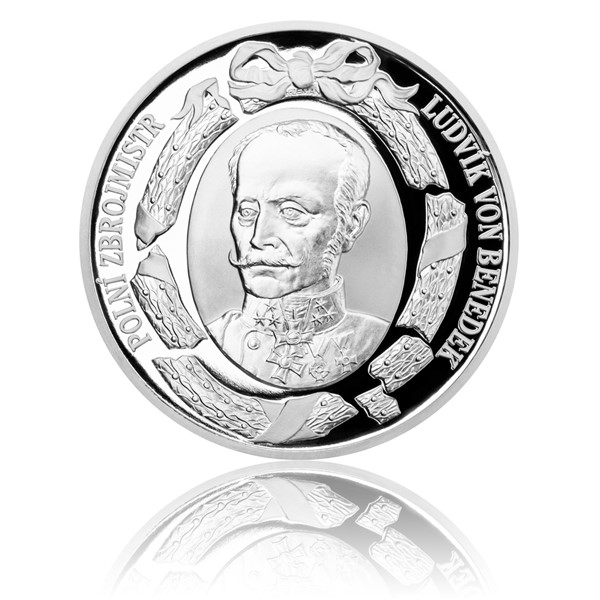 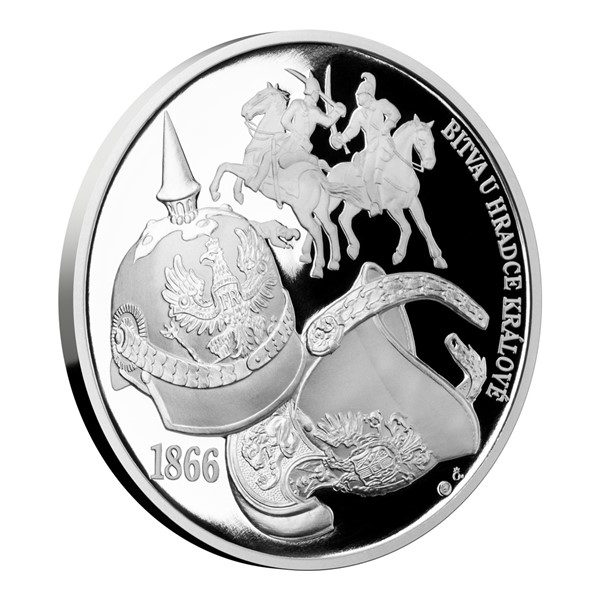 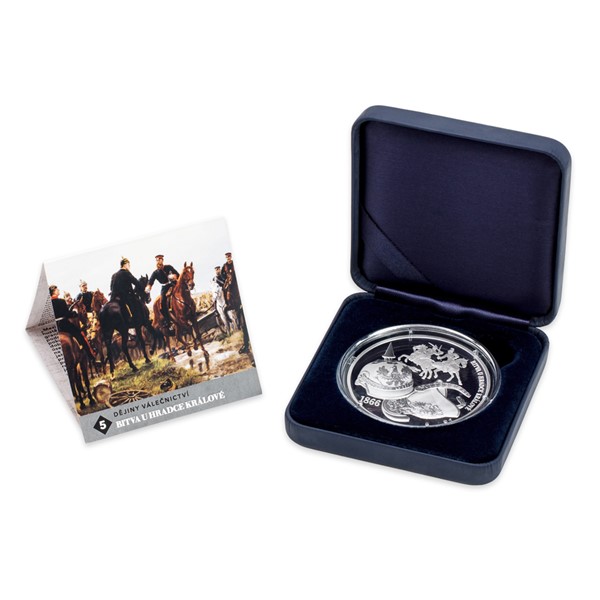 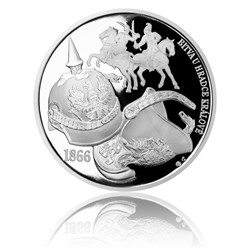 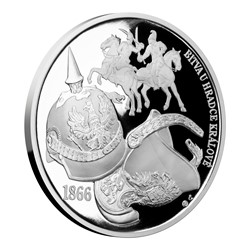 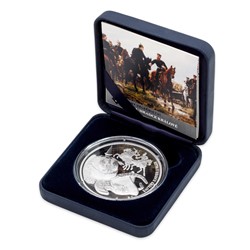 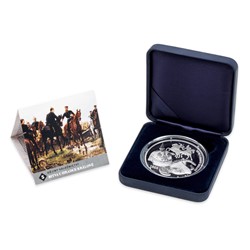 The academic painter Karel Zeman is known for his warm relationship to the history, especially in a connection with the famous military engagements - his first mintage was dedicated to Napoleon Bonaparte. Therefore is no wonder that he came up with his own original series called The History of Warcraft, that brings us, after four international events and personalities, on a home soil. The silver commemorative medals are dedicated to the Battle of Königgrätz in 1866.

There have clashed an almost equal troops of two monarchies - Prussia and Austria. Both sides have deployed a trump cards into the combat - the Prussians were armed with a rifles called needle-guns, which were the ancestors of a modern firearms, and Austrians have deployed their dreaded artillery. In the fields near Střezetice also occurred a collision of an old-fashioned cavalry, which was the last battle of its kind in Europe and the second largest in the 19th century. The reverse side of the medal is dedicated to that of:

"The two helmets on the reverse side of the medal reflect the outcome of the battle. On the fallen soldiers helmet is standing an Austrian eagle adorned pickelhaube with its

characteristic spike. In the background the duel of the Prussian dragoon with the Austrian cuirassiers is depicted”

Despite all the efforts of the Austrian capable commander -  swordmaster Ludwig von Benedek - Prussia won the battle of Königgrätz and the entire Seven-week war.

Austria suffered a devastating defeat, from which it never recovered, until their disintegration after the First World War. To divert the attention from their own shortcomings, the imperial command placed the main burden of blame solely on Benedek. This defamation of the swordmaster is expressed by his portrait, set in a broken laurel wreath on the obverse side of the medal.

In the etui along with the medal also hides a special Certificate of Authenticity, which includes a concomitant words of the author, along with a historical texts, that depict the course and consequences of the epic battle. 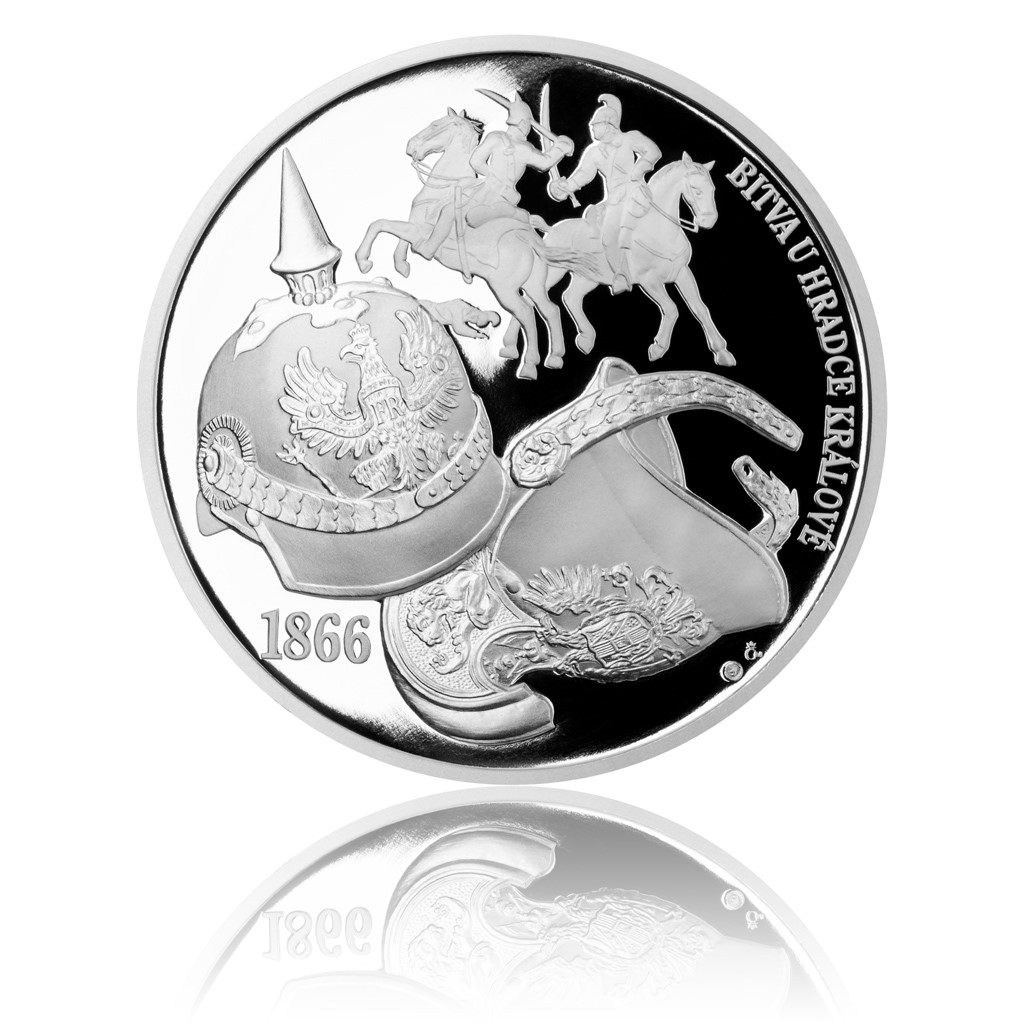 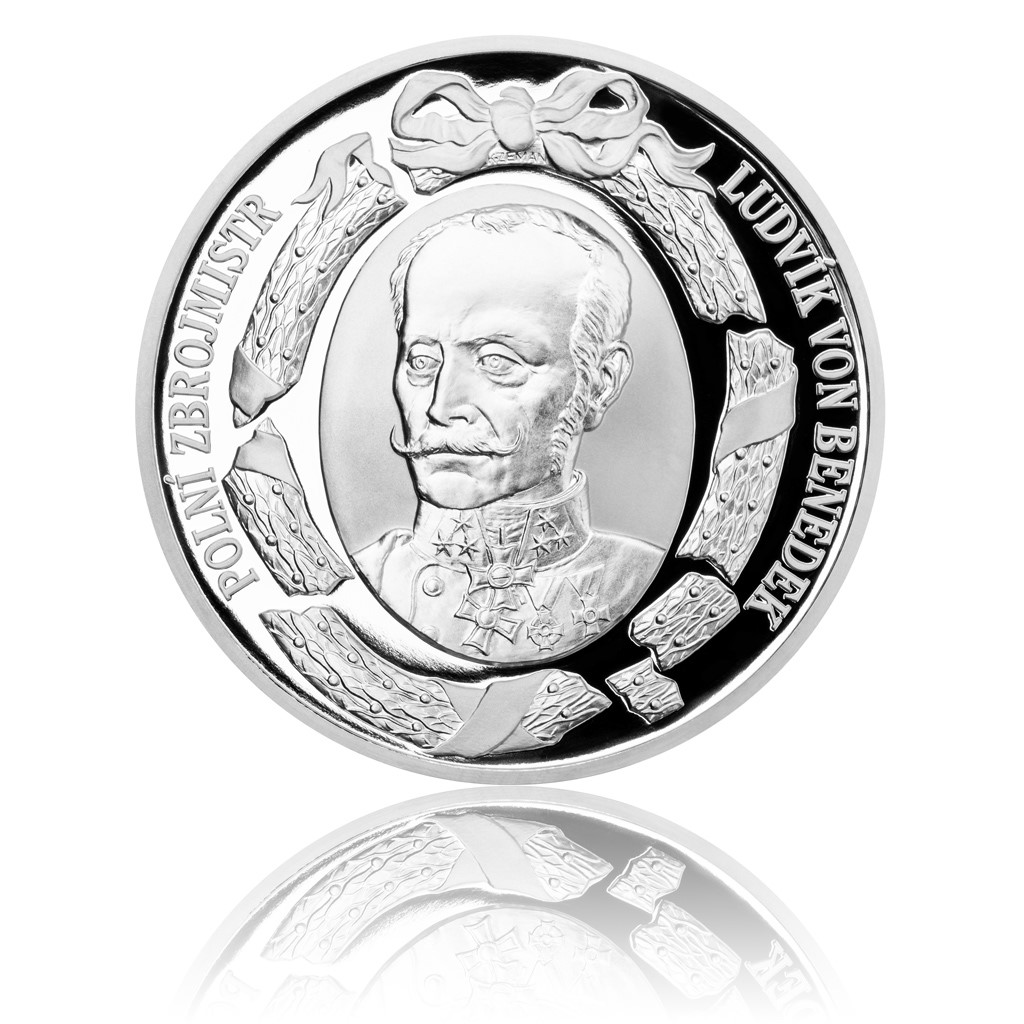 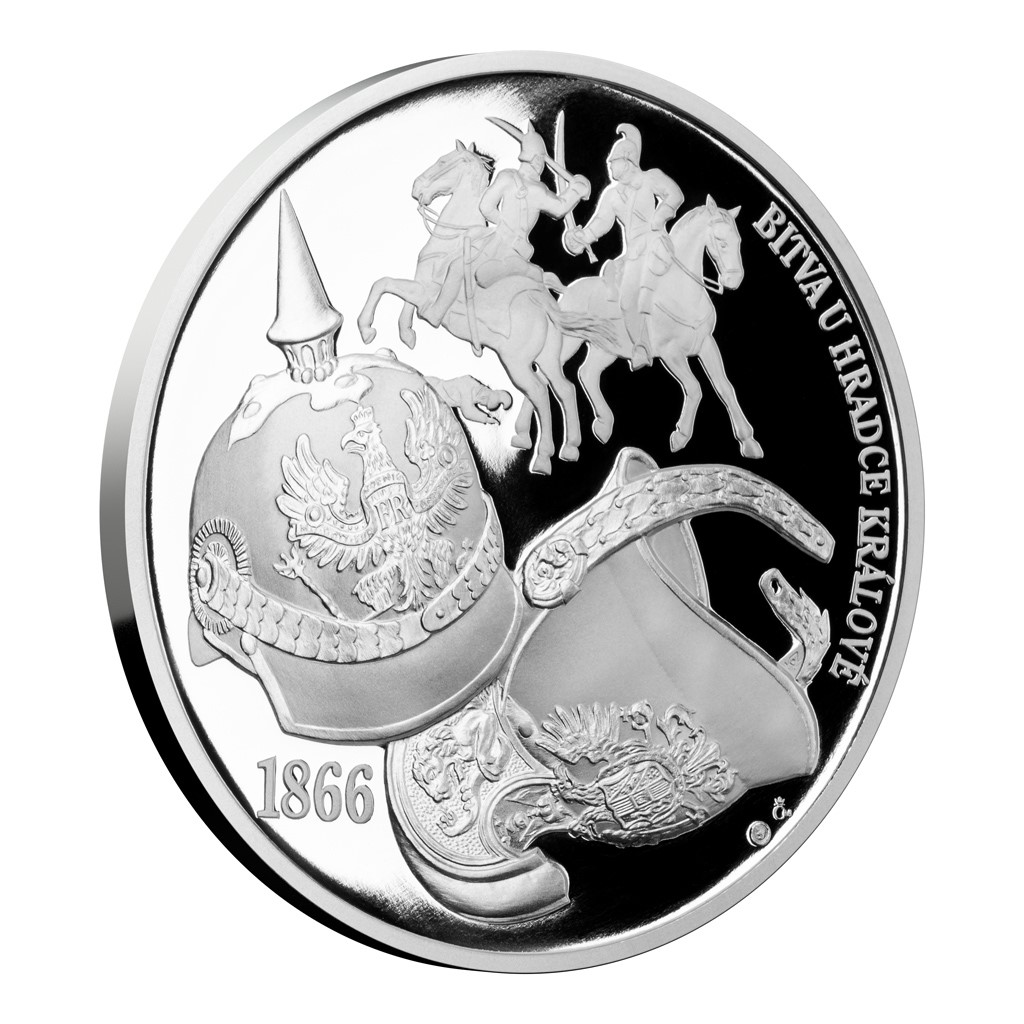 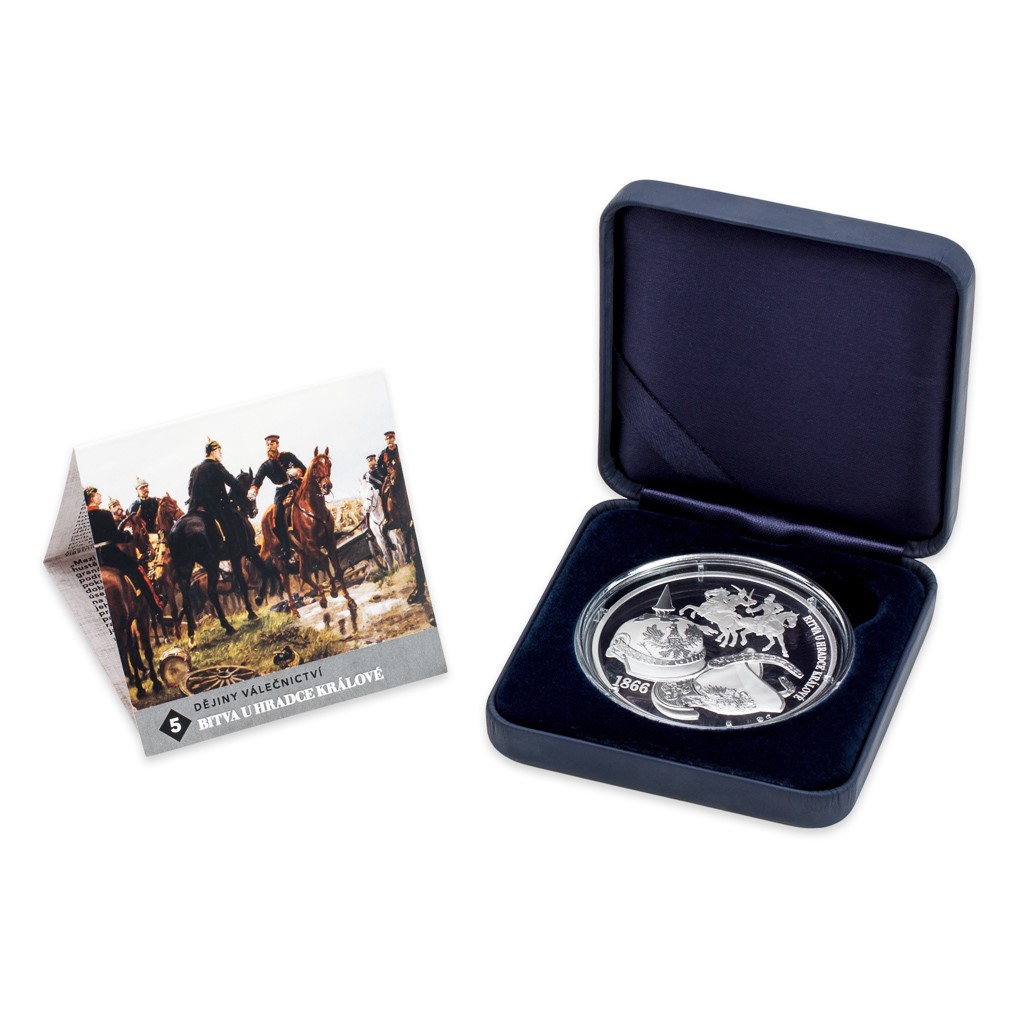