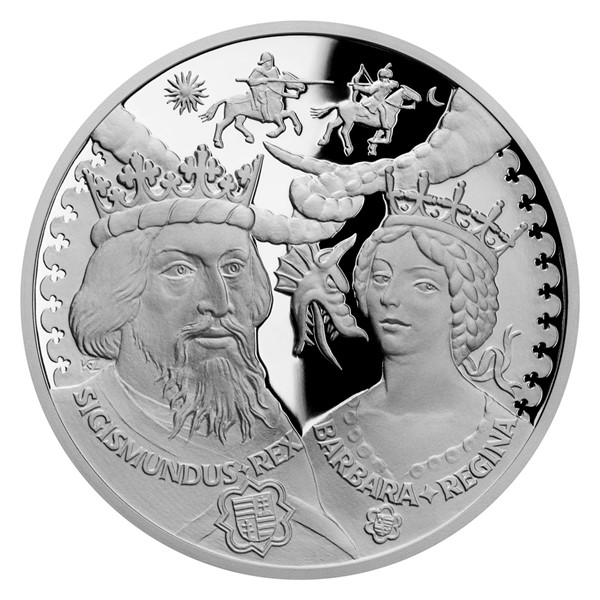 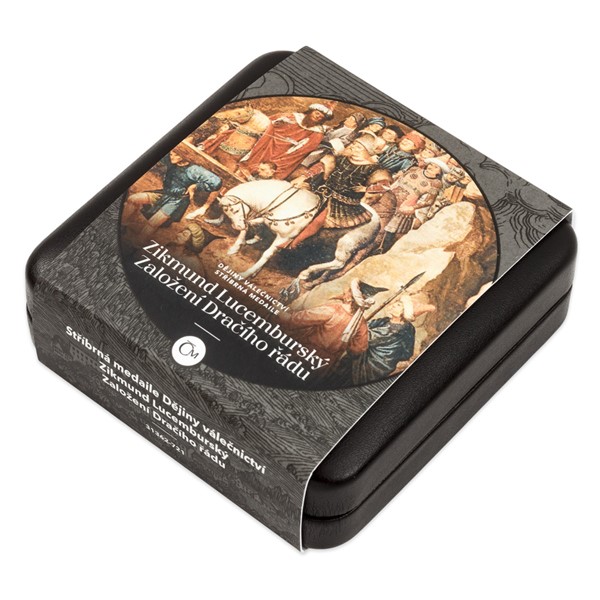 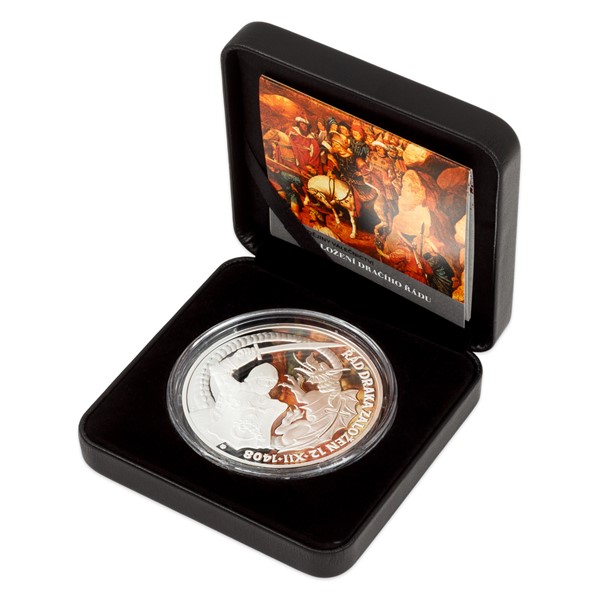 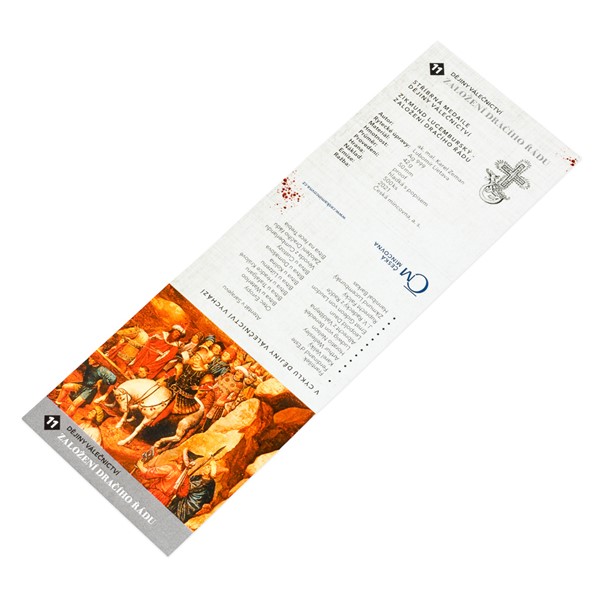 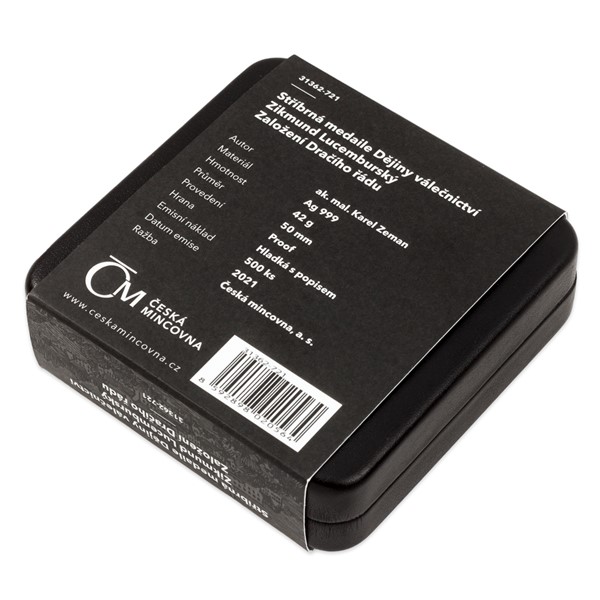 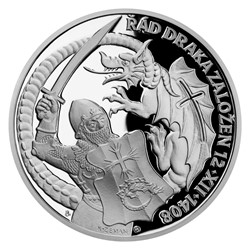 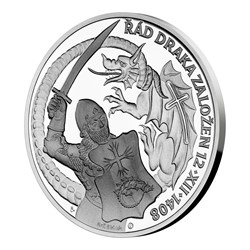 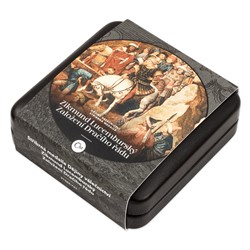 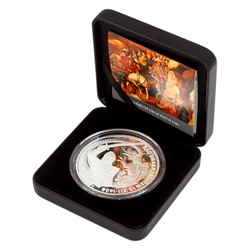 The eleventh silver medal of the Czech Mint from the series entitled History of Warfare designed by Karel Zeman mirrors the story of the controversial Emperor Sigismund of Luxembourg and his Order of the Dragon.

When the name of Sigismund of Luxembourg is mentioned, the Czechs feel revulsion. Although he was the son of the adored Charles IV, our history portrays him as a traitor to Master Jan Hus and a villain who launched several crusades against the Hussites. In reality, however, he was also an able ruler of whom his father would have been proud. The ruler, who earned the nicknames "the last great emperor of the Middle Ages" and "King Solomon" alongside the "red fox", fought against the two great scourges of Europe. While the continent's first problem was the papal schism that was paralysing the Christian world, the second was the threat of the Ottoman Empire. Sigismund won the fight against the Tridentine papacy, but he was not so successful in confronting the Turks. The role of the shield that protected the continent from Muslim expansion was then played by Hungary. The kingdom, where Sigismund grew up after the death of his father, took two royal wives and fought fiercely for the throne, was dear to Luxembourg, so he did everything he could to protect it. Sigismund's first confrontation with the Ottomans in 1396, however, ended in disaster. He suffered a heavy defeat at Nikopol and saved his life by fleeing. To avoid a repeat of such a disgrace, he set himself the goal of building not only strong fortifications, but also a new order of chivalry. He saw himself in a secret Serbian brotherhood that succeeded in killing the Turkish sultan. The Hungarian Order of the Dragon was founded in 1408 and adopted the symbolism of the mythical enemy of Christianity, which he pledged to fight. Although Sigismund did not defeat the Ottomans, he did at least halt their expansion for a time, when he managed to make a peace that lasted until the end of his life...

"The reverse of the medal presents a knight with a drawn Hungarian sword. The scene behind him is inspired by the jewel of the Order, which represents a humiliated dragon, the symbol of evil, with its tail wrapped around its throat and its back split by a cross-shaped cut. The inscription recalls the date of the Order's foundation. On the obverse side of the medal I have modelled the dragon and the royal couple who founded the Hungarian Order of Chivalry - Sigismund of Luxembourg and Barbara of Celje. In the background a Christian knight is chasing a Turkish archer. The sun and half-moon symbolise the warring sides," says academic painter Karel Zeman. "A diverse mix of personalities, nobles, dukes and kings were admitted to the order. For example, Prince Vlad II of Wallachia, who was nicknamed Dracul, meaning dragon, became a member, followed by his son Vlad III, who became known as Count Dracula," the medal maker adds.

Each medal comes with a certificate of authenticity which includes an accompanying word by Karel Zeman and a historical text.

Note: The author decided to change the schedule of issuance of the History of Warfare series. The medal with the motif of the Battle of Hannibal on the Trebia River will be issued as the twelfth in the series.

Add to cart
Gold one-ounce medal History of Warfare - Sigismund of Luxembourg - The Order of the Dragon proof
In stock Emise 100 pcs
69,990 CZK
including VAT 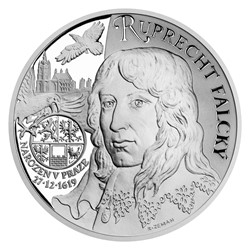 Add to cart
Silver medal History of Warcraft -Prince Rupert of the Rhine, Duke of Cumberland
In stock Emise 500 pcs
2,290 CZK
including VAT 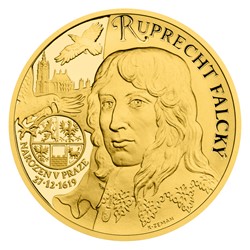 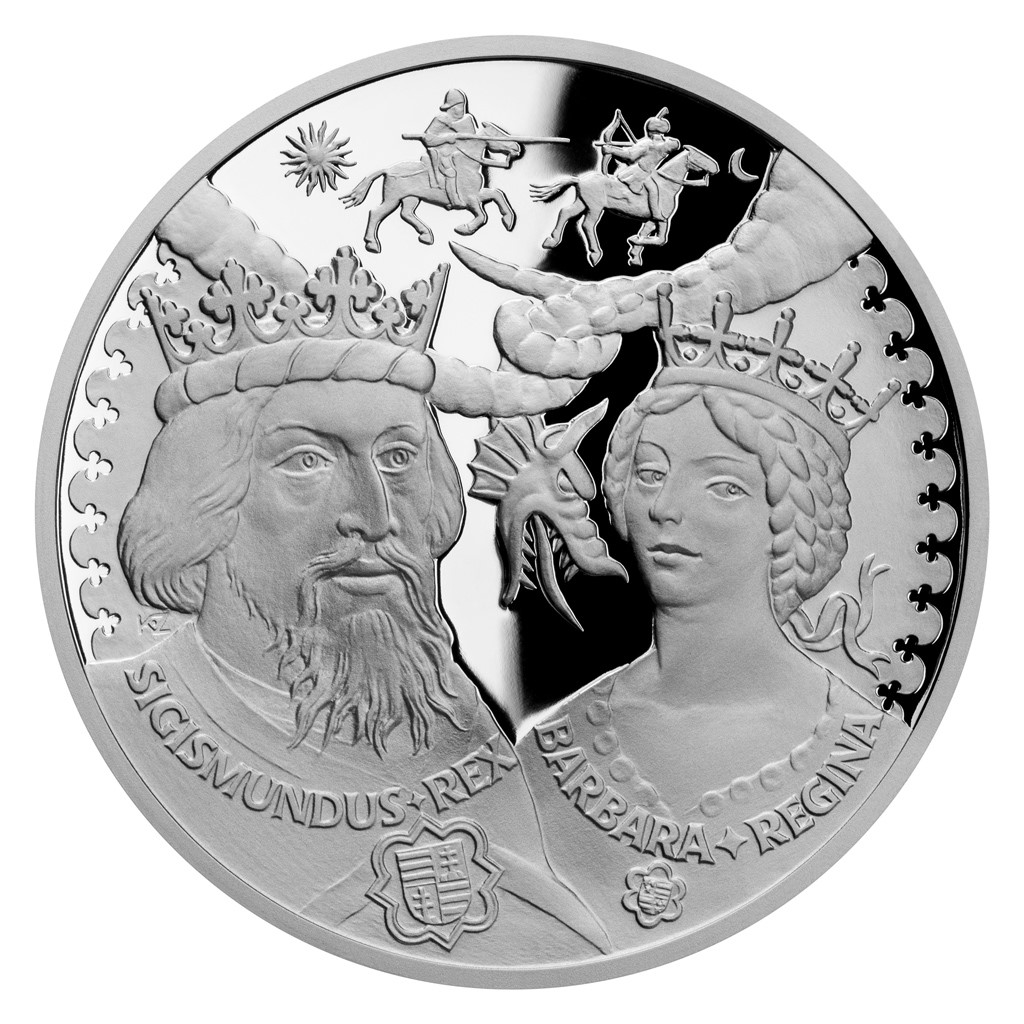 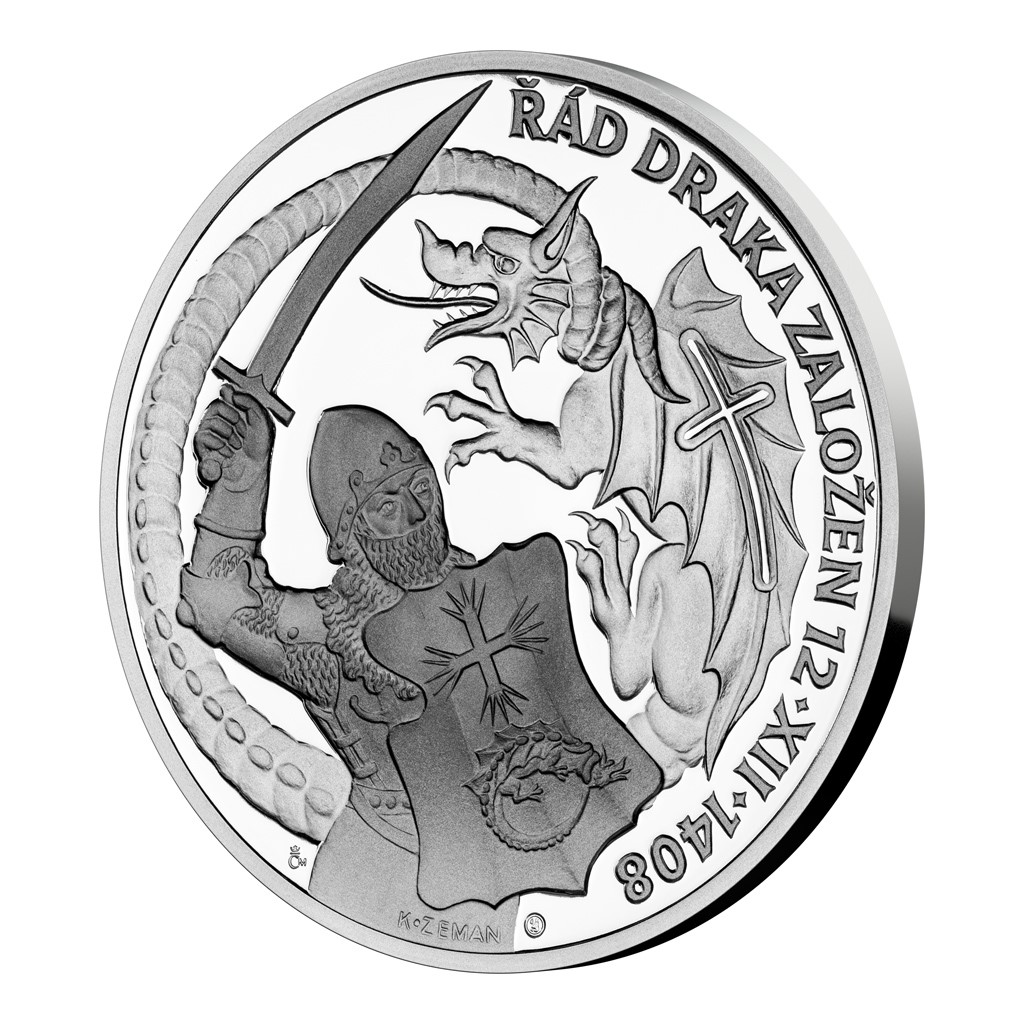 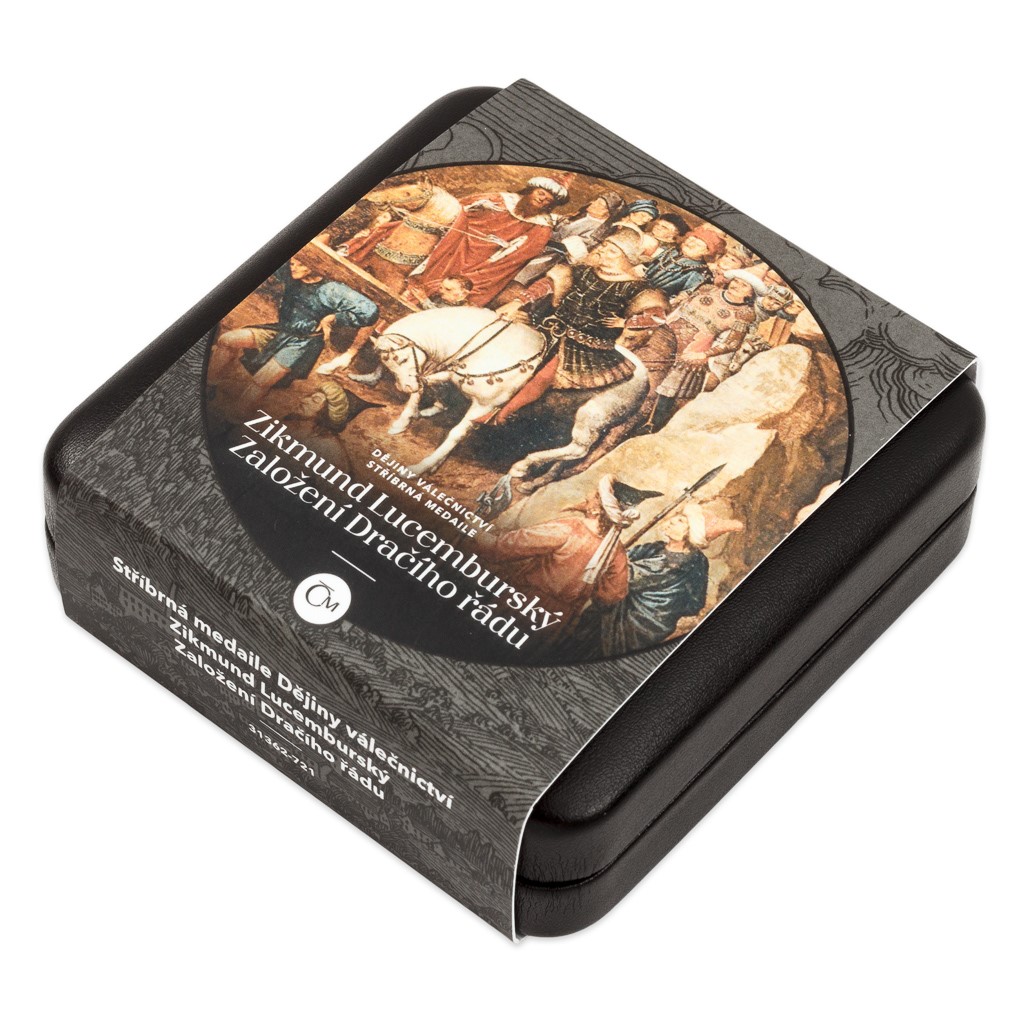 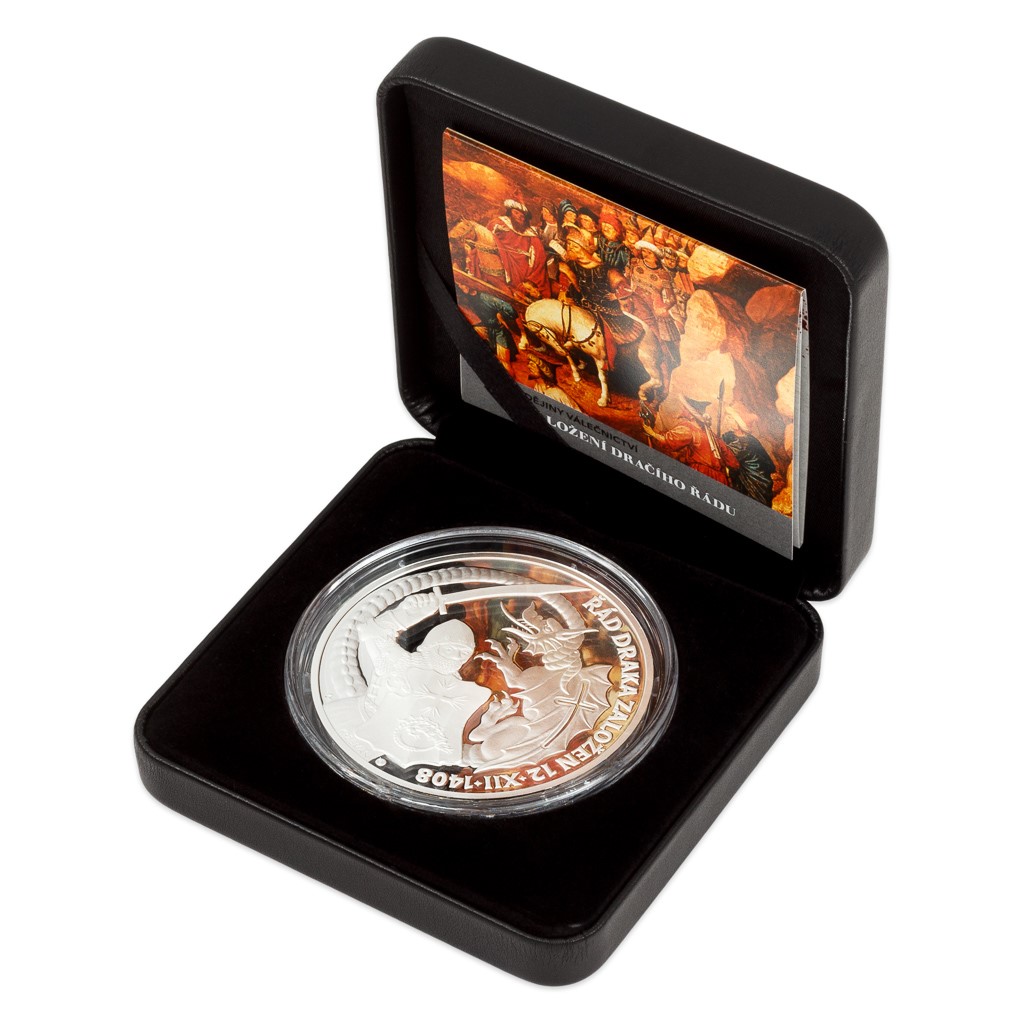 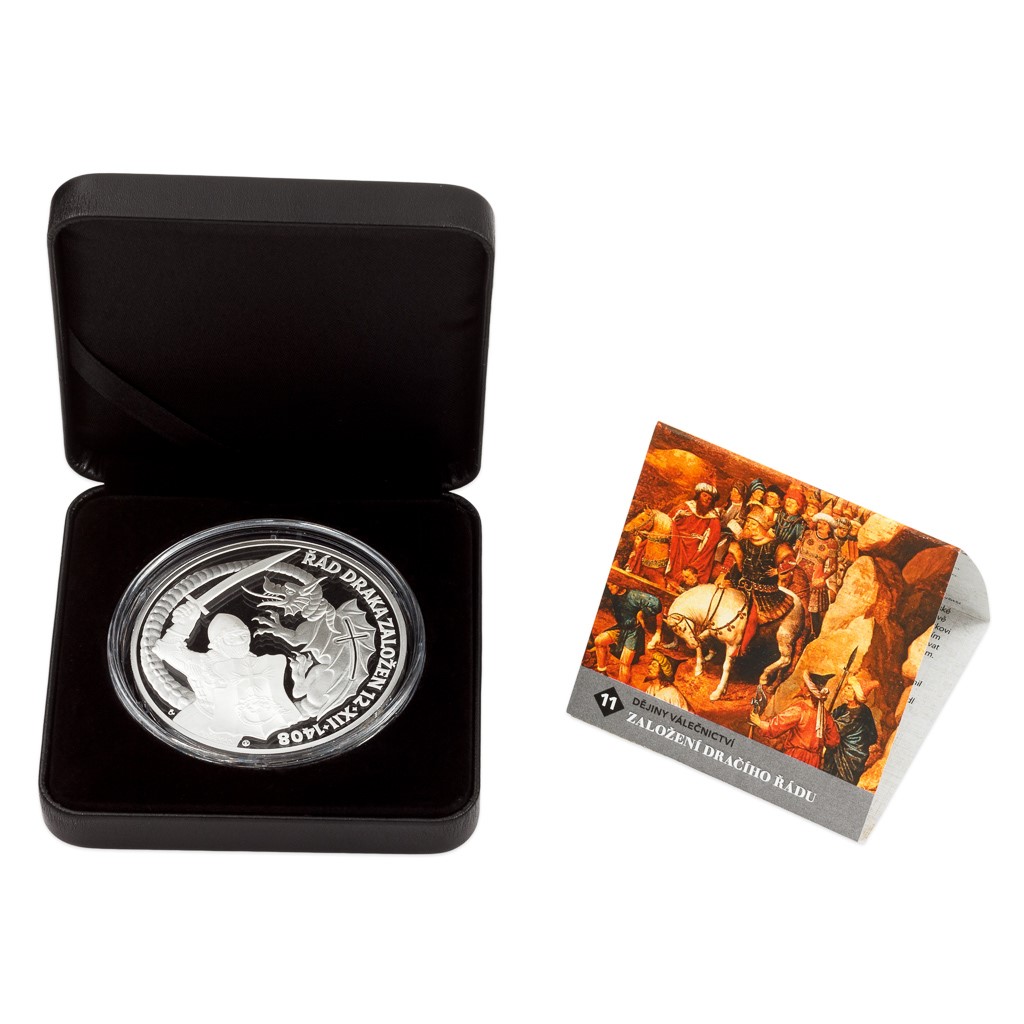 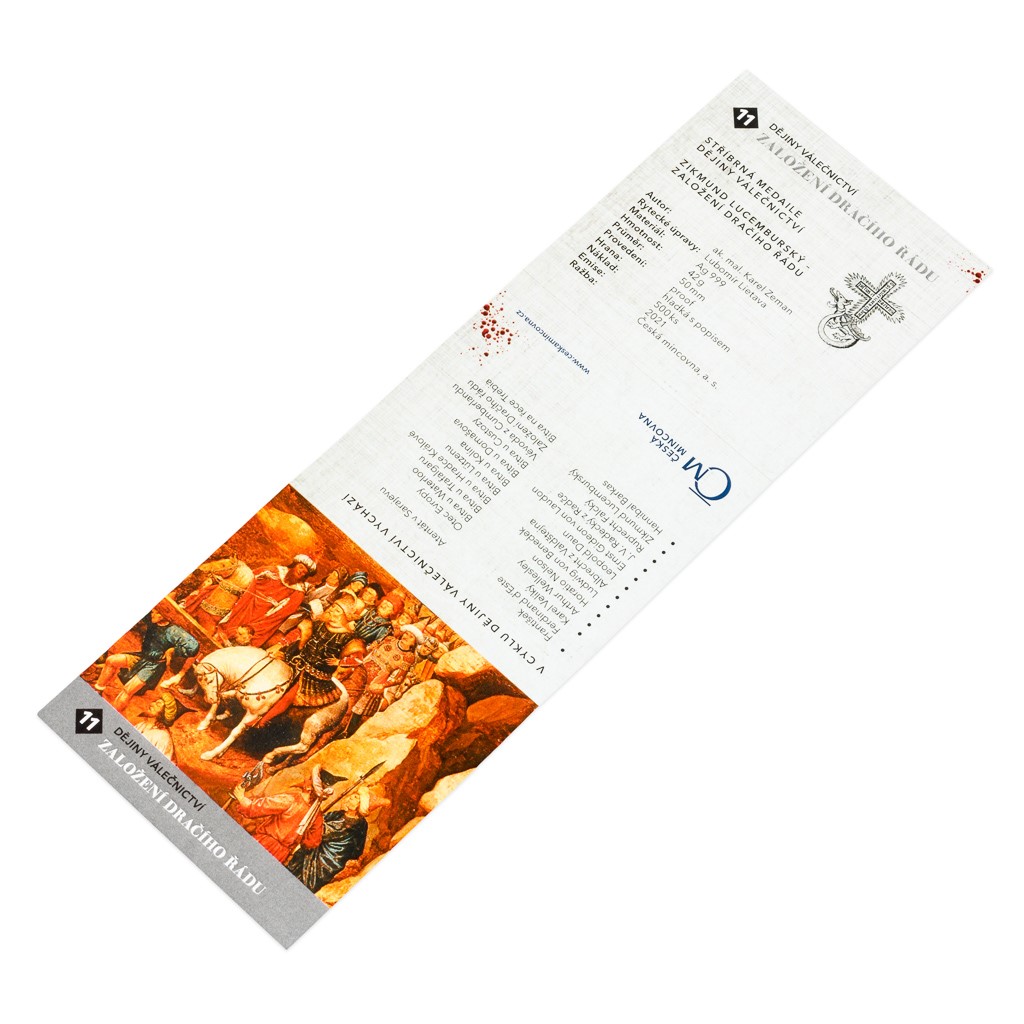 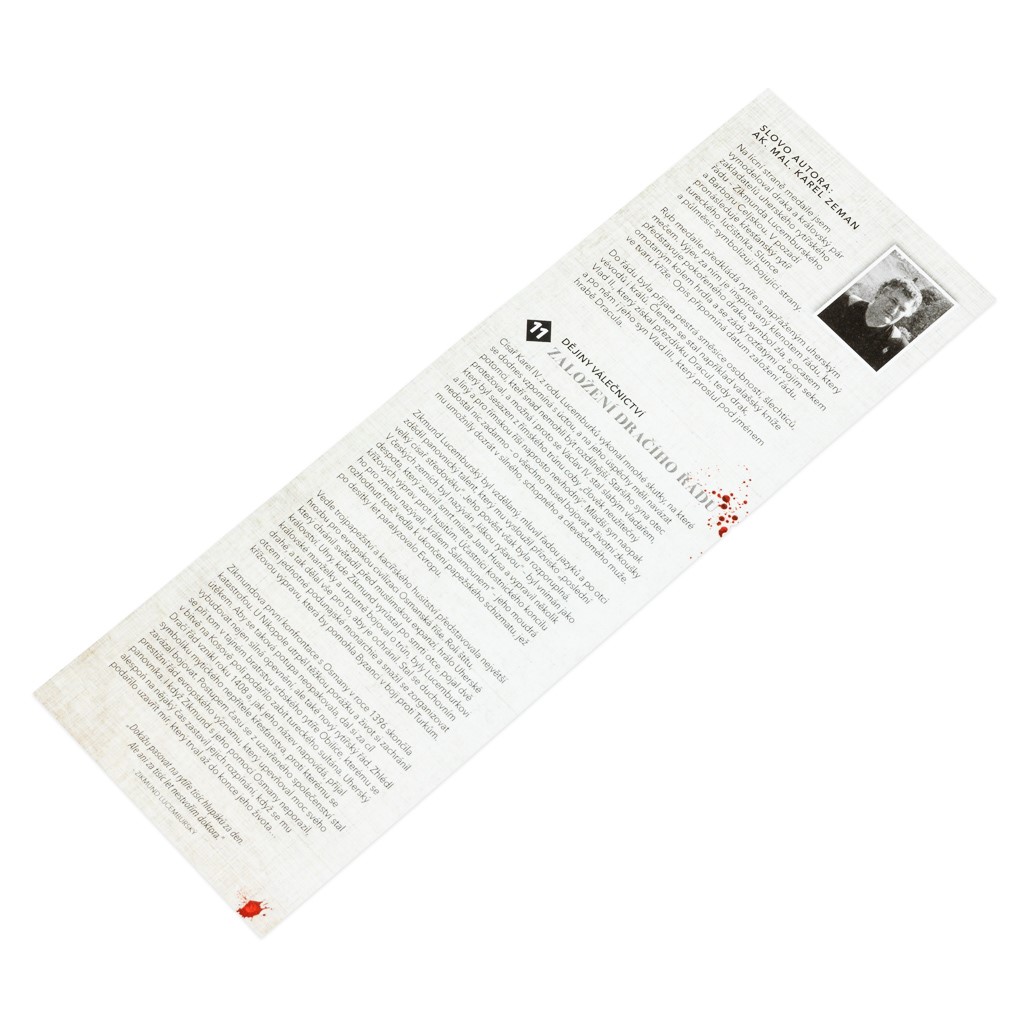 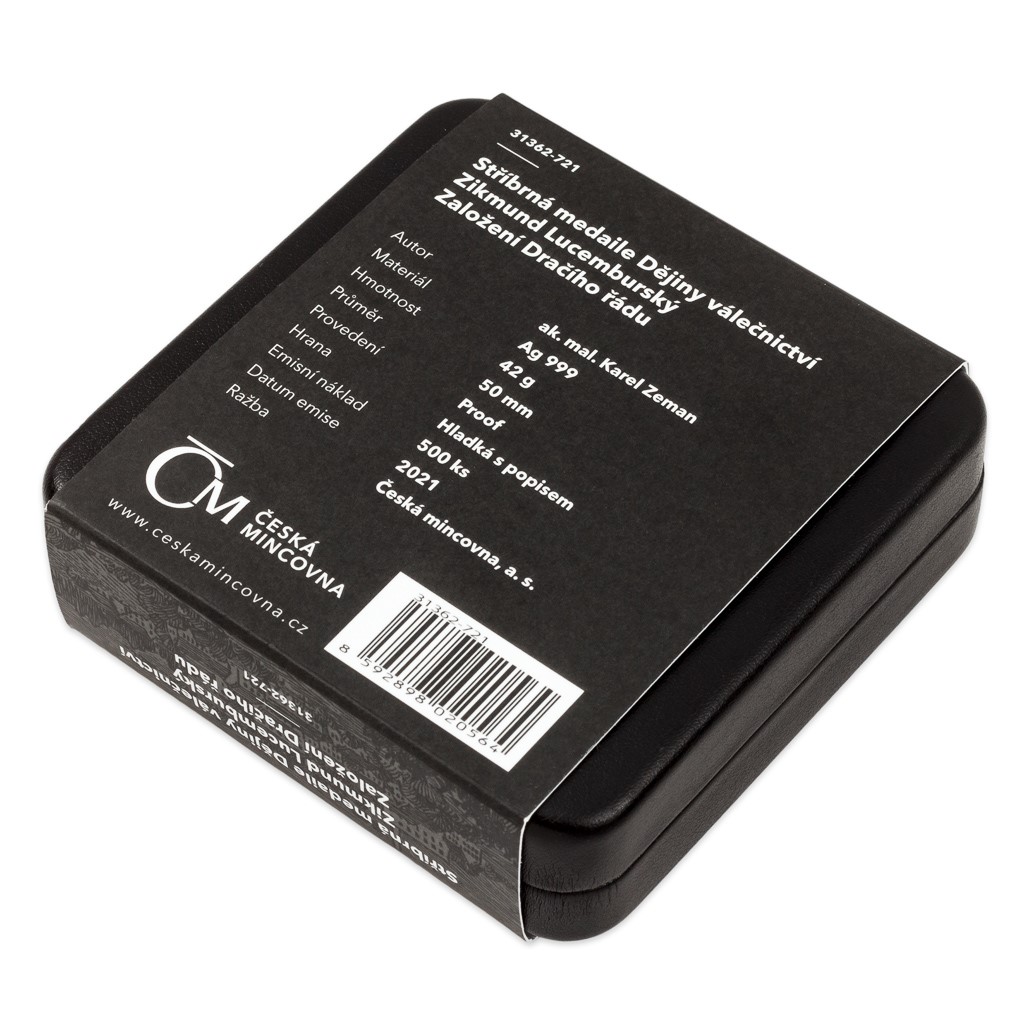 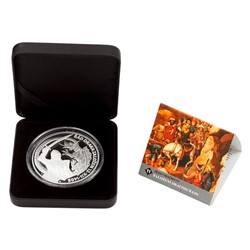 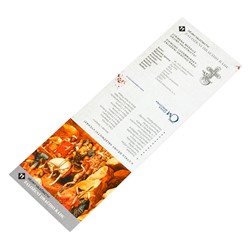 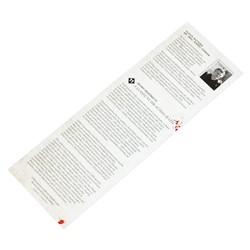 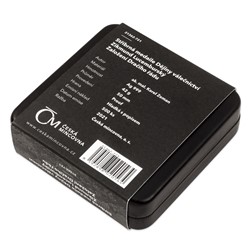