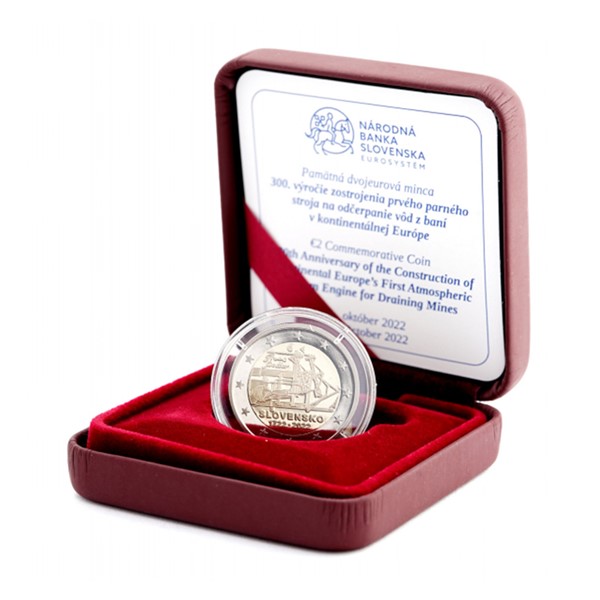 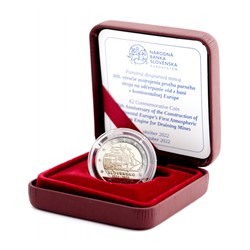 The year 2022 marks 300 years since the revolutionary steam engine for pumping out mine water was built in Slovakia. This anniversary is commemorated by a Slovak commemorative coin minted in proof quality.

The ancient royal mining town of Nová Baňa grew above the gold-bearing veins of central Slovakia. It reached its greatest prosperity in the 14th century, but a short episode of prosperity was followed by an epoch of tragedy. Nová Baňa was affected by internal Hungarian riots, a plague epidemic and a war with the Turks, who destroyed it in 1664. The local miners, whose work was disrupted for centuries by groundwater flooding the adits, were not spared the hardships. The miners decided to solve this problem in an inventive way - using modern technology. The device for pumping out mine water, built in 1722 by the English engineer Isaac Potter, was the first steam engine of its kind in continental Europe. It could pump out over two million litres of water in twenty-four hours, but unfortunately even this was not enough and the machine was dismantled due to its high operating costs and its high failure rate in 1729...

The obverse side of the coin, which is the work of the medal maker Mgr. art. by Peter Valach, is dominated by a depiction of the Novoban steam engine, supplemented with the signature of Isaac Potter. The composition is completed by the annual years 1722-2022 and the inscription SLOVENSKO (SLOVAKIA). The reverse side presents all the elements of a valid coin with a nominal value of € 2.

The coin was issued by the National Bank of Slovakia and minted by the Slovak Mint Mincovňa Kremnica. 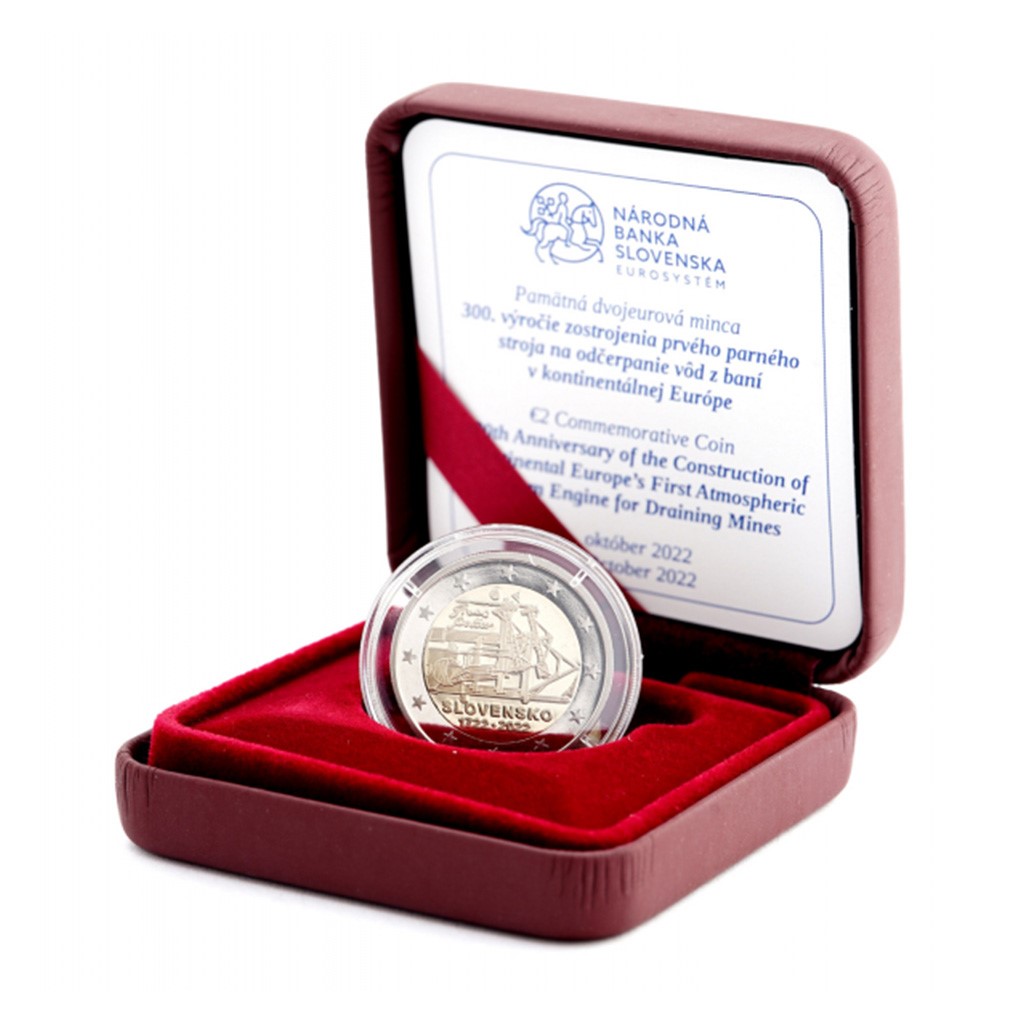