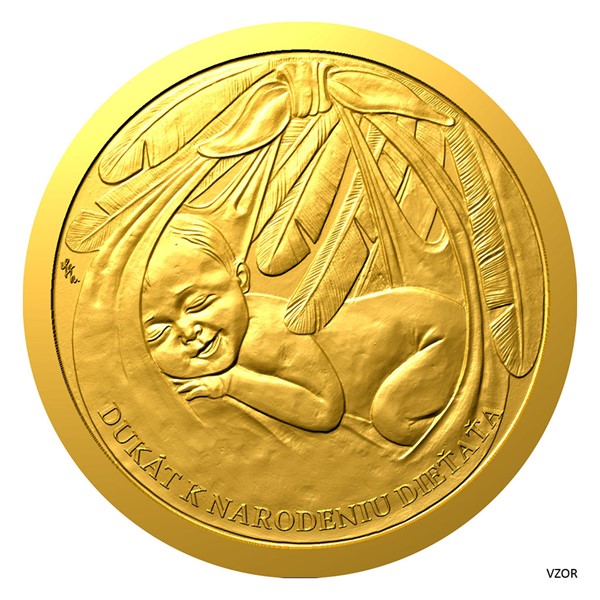 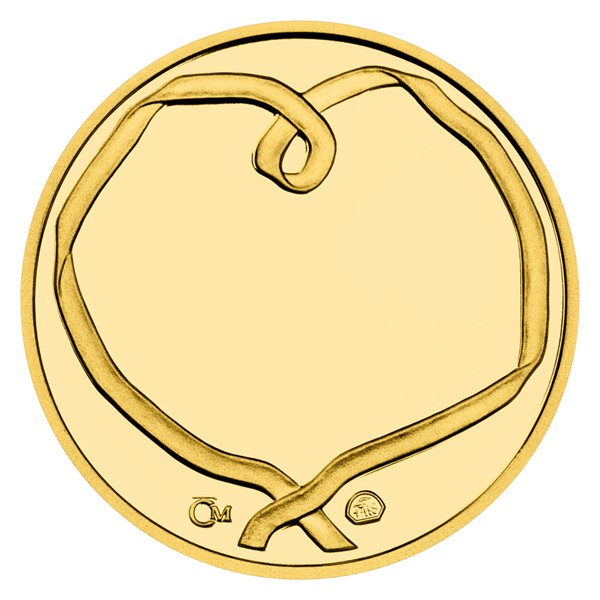 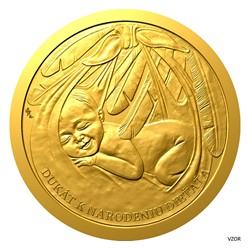 For every culture in the world, the birth of a child is a reason for celebration, and ours is no exception. Many rituals are associated with the celebration, including giving gifts to the newborn. Such a gift can take many forms, but the traditional gift has always been a precious metal penny - such as this slovak version of a gold ducat from the Czech Mint, which can be engraved with a dedication. The talisman in the form of a coin was given to children in the families of noblemen, wealthy townspeople and poor peasants. The precious gift became the first investment in his or her future, which his or her parents cherished for him or her until adulthood.

The first Czech gold coins, called ducats, were minted by Charles IV in the 14th century. The gold content of the ducats was carefully controlled, making them one of the most reliable coins of their time. They inspired confidence in Europe and gave prestige to the Czech lands. The weight of each ducat was set at 3.49 grams and the purity at 986/1000. Ducats remained legal tender for several centuries. Ducat coins were also minted with great success during the First Republic. Because of their beauty and above all value, they became a proven gift given to babies so that they would not suffer privations in life. The cradle penny was almost forgotten after the Second World War, but the Czech Mint decided to revive this tradition by minting its own gold ducats designed specifically for the occasion of the birth of a child. The beauty and value of the gold remained and an incalculable personal value was added in the form of an engraved dedication.

Medal maker Lenka Nebeská, DiS., dedicated the obverse side of the gold ducat to a sleeping baby carried by a stork and the inscription DUKÁT K NARODENIU DIEŤAŤA. The reverse side is then reserved for engraving text that can take the form of a personal message, name, date of birth, ... - there are no limits to the imagination. The only limit is the size of the text.

Do not overlook the other variations of the birth penny - in our offer for 2023 you will find two different precious metals, three different artistic motifs and variants without engraved dedication. You can learn more about baby gifts on our thematic website: promiminko.ceskamincovna.cz 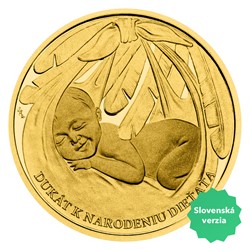 Add to cart
Slovak gold ducat to the birth of a child 2023 "Stork" proof
In stock
9,750 CZK
including VAT 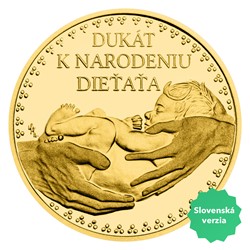 Add to cart
Slovak gold ducat to the birth of a child 2023 "Horse" proof
In stock
9,750 CZK
including VAT 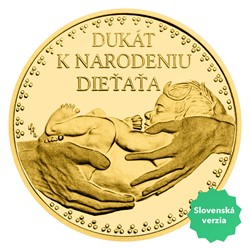 Enter dedication
Slovak gold ducat to the birth of a child 2023 with dedication "Horse" proof
Within 14 days
9,950 CZK
including VAT 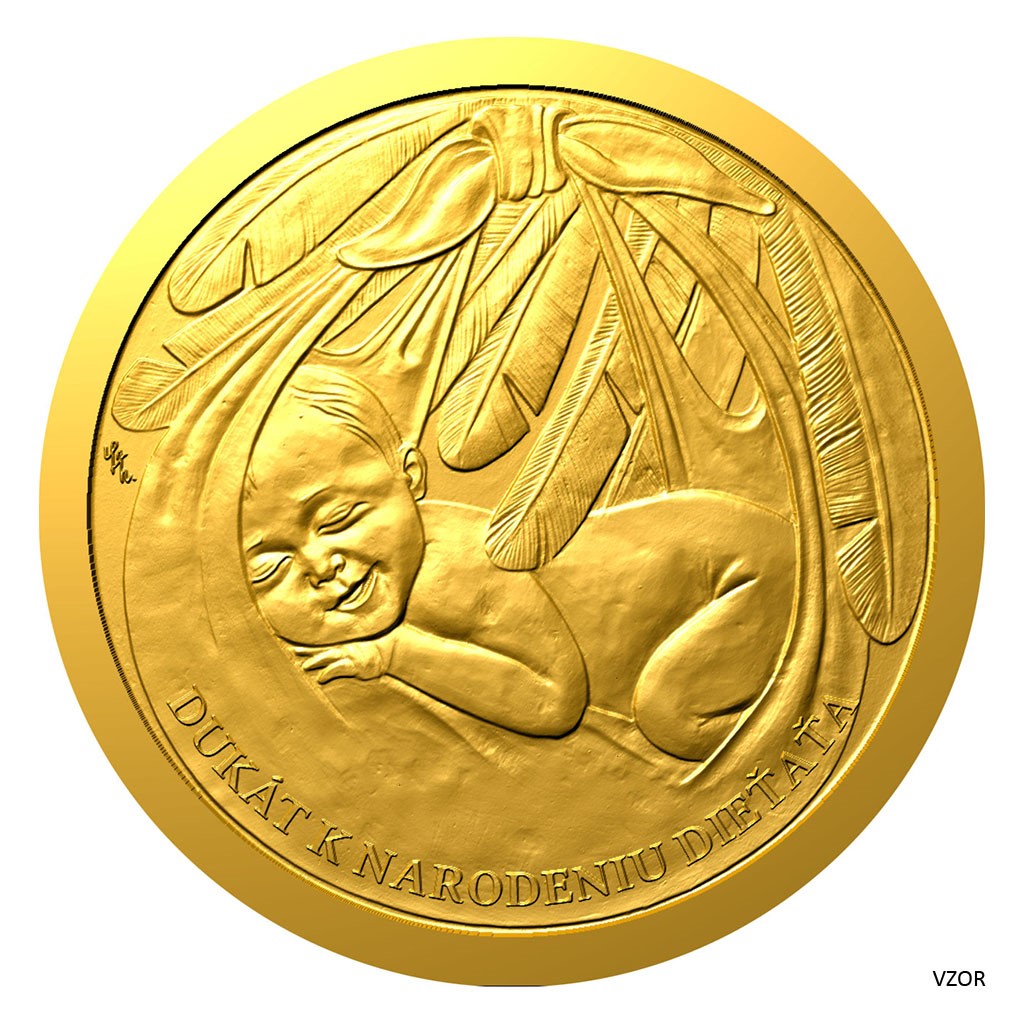 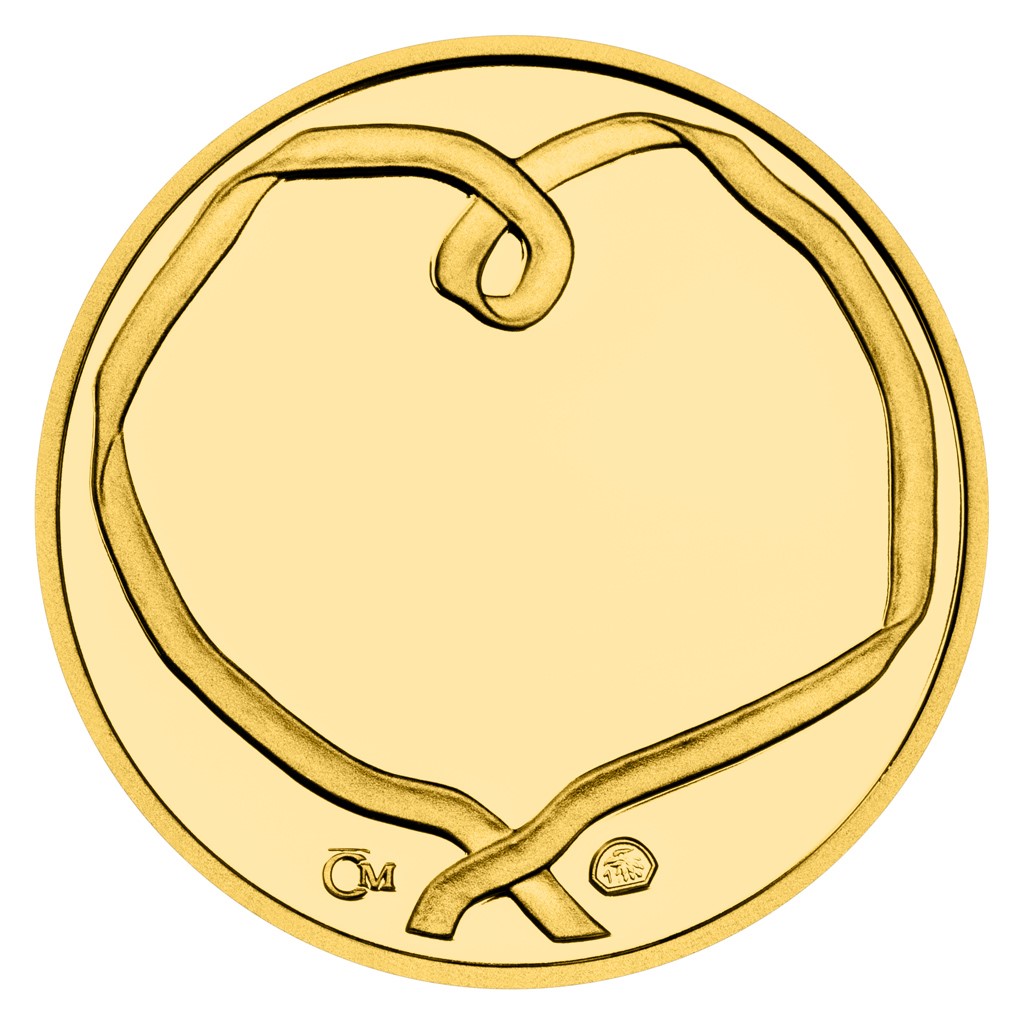